A few weeks ago on ebay someone was parting out a nice 23" traveler frame. I didn't see any other parts besides the frame, so jumped on it, then slowly the seller started releasing more. I grabbed up what I could and also had a bunch of year specific parts from past projects that I could tie up the loose ends. I told the seller he just broke a nice bike down for me to put back together (he turned out to be easy to work with). I gave it my typical q-tip and toothbrush detailing and greased everything. Some parts were put in place for the photos and still waiting to do final tighten down of everything. Todos: add chain, source and add a shifter cable / mounting hardware (old one snapped), and mount generator. It also had a nice Veeder-Root counter, which may indicate the only miles put on the bike at 688 (hard to know but the condition leads me to believe it could be possible). It will be going back on the bike as well. If I leave those grips on there, the need to get a few shades whiter. It was my first time to try out oxalic acid and wow is that stuff impressive. The pedals were covered in rust and look how they turned out.

It turned out really nice. 23 inchers are hard to come by, especially in nice condition, and a 3 speed. The saddle was original to the bike, but is incorrect for the traveler and is a middle / heavy weight saddle from the same year. It is in near perfect condition. I will swap it out when I find the correct one. I also would love to find the painted black inset teardrop grips (very hard to find). And of course the saddle bag, which is hard to find as well. '59 was a cool year for travelers and some other models: last year for the winged badge, only year for the Austria / schwinn approved hub and schwinn approved 3 speed shifter due to SA parts shortage (I think it did actually run over into '60 some), one year only for the 3 rivet on the side S saddle, one year only for the double AS stem, first year for the Red / white / blue decals and first year for the longer pinstriped darts on the fork (I think they only did this 1-2 years). 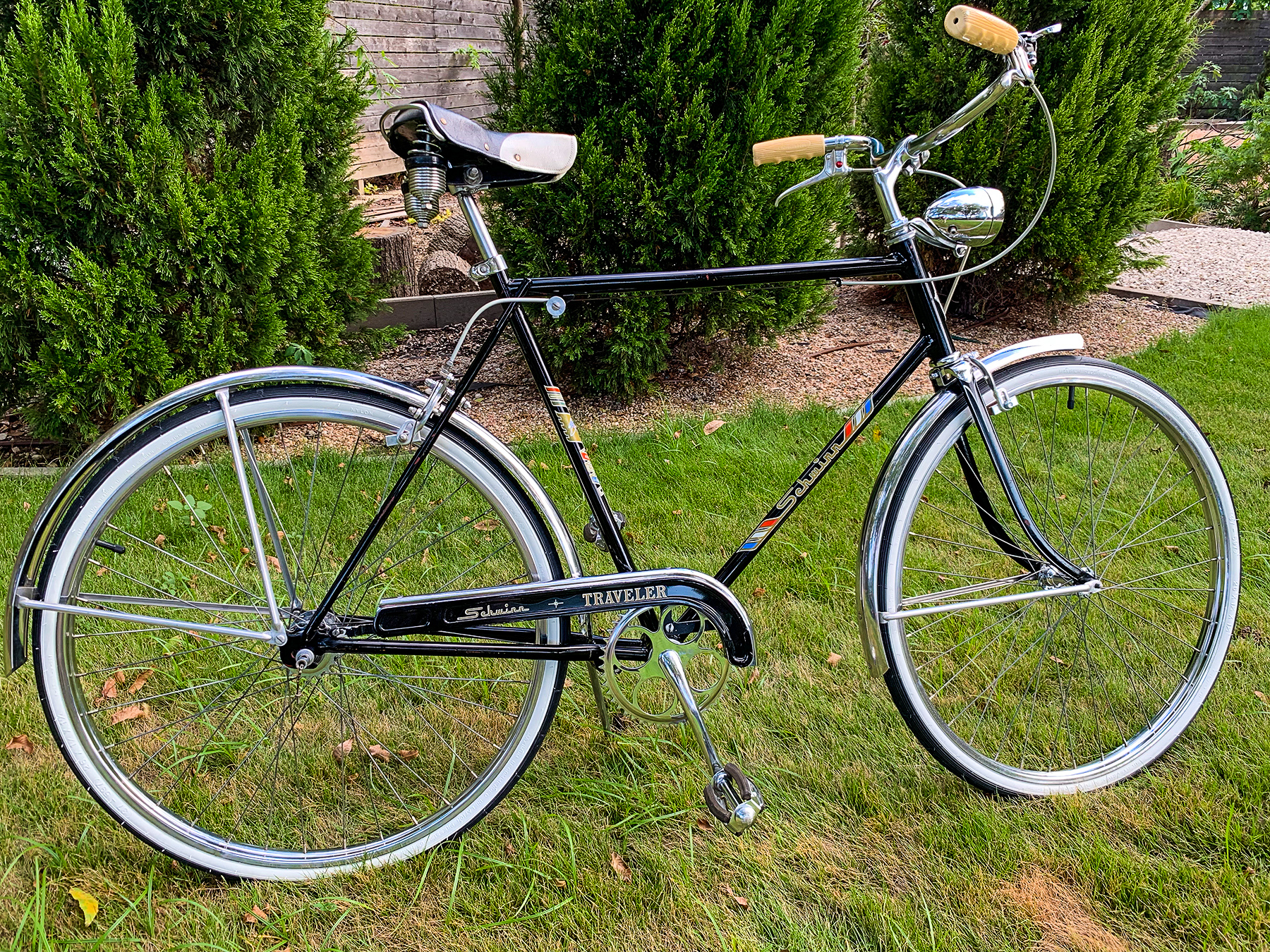 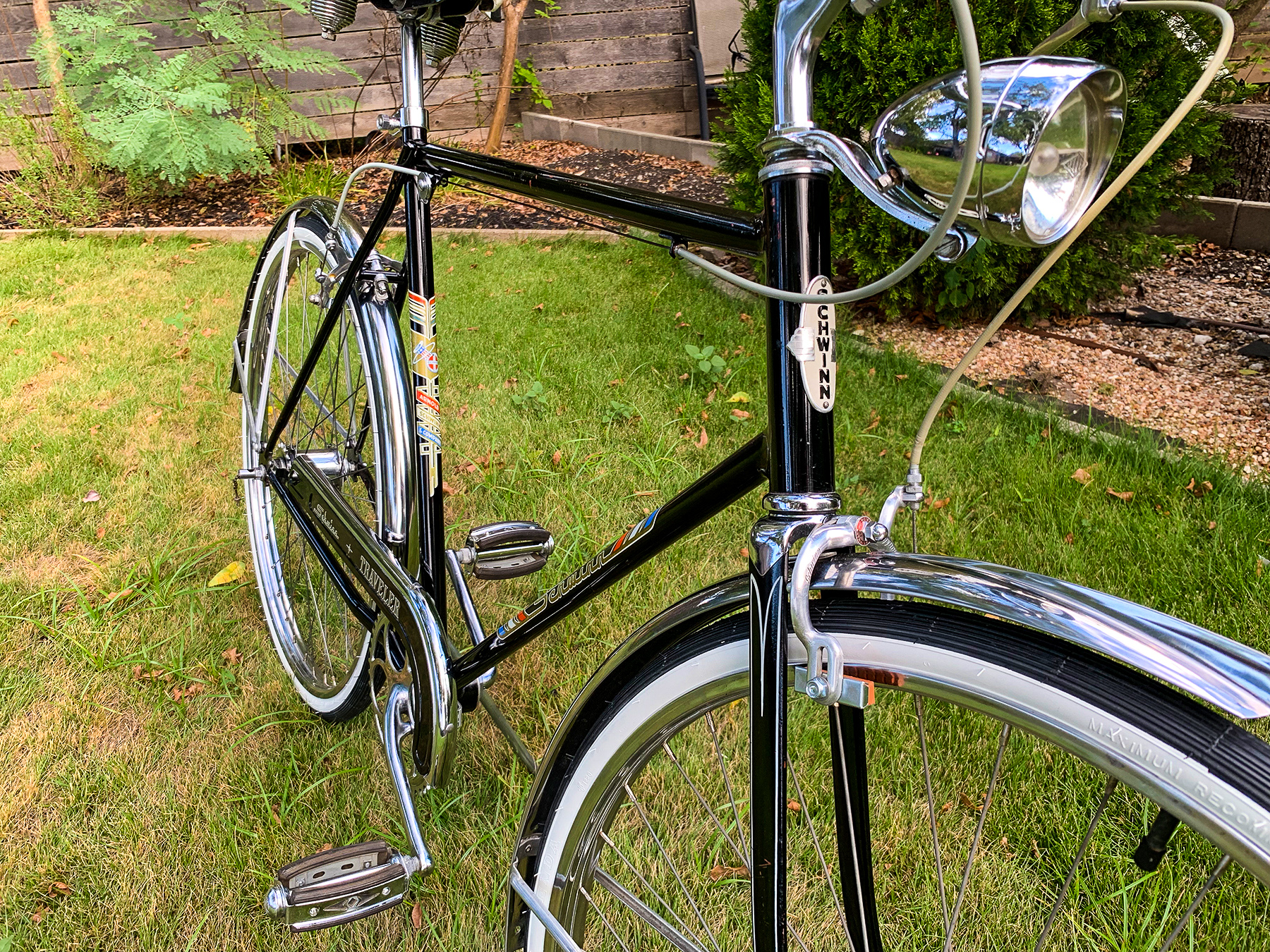 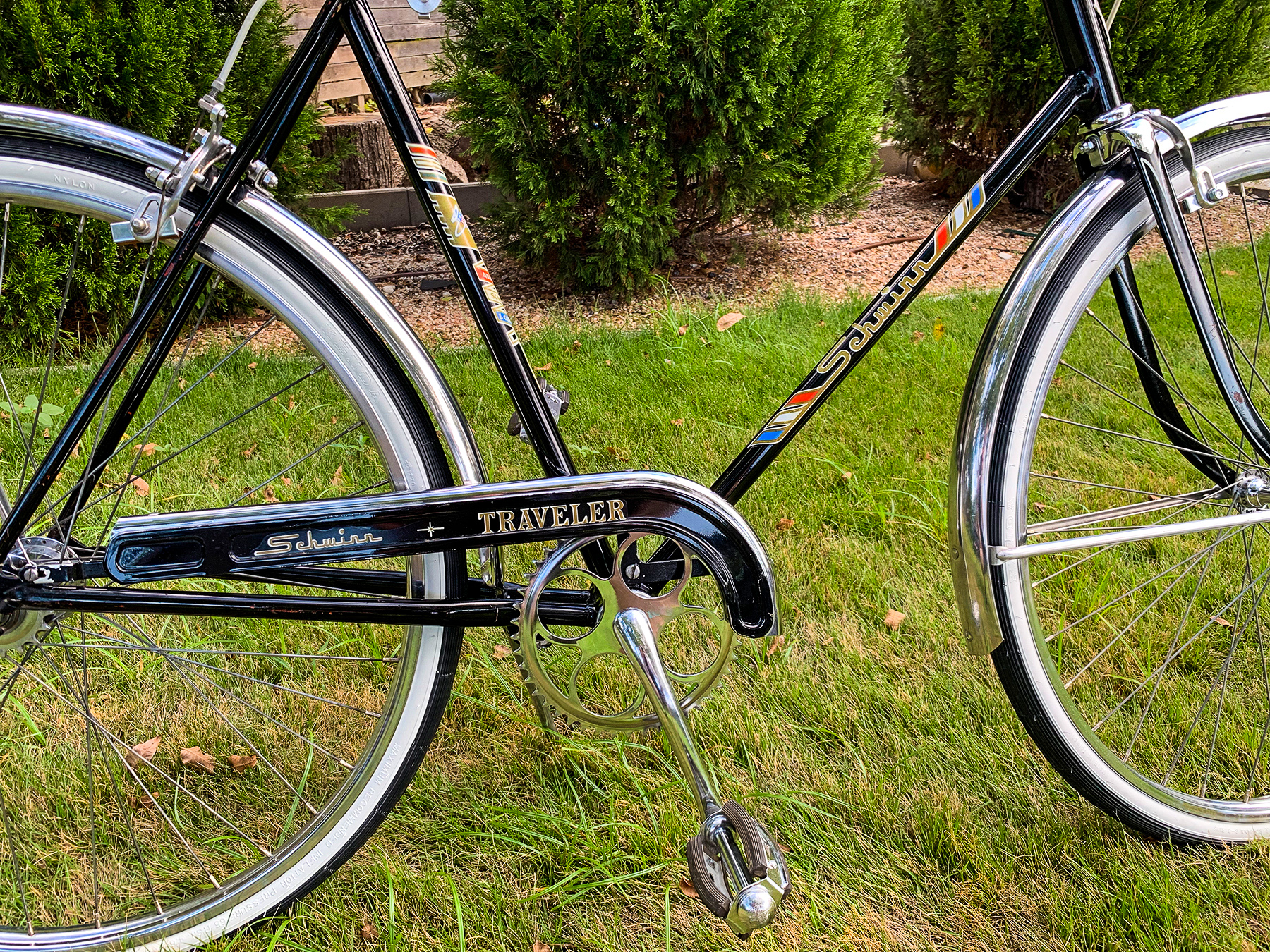 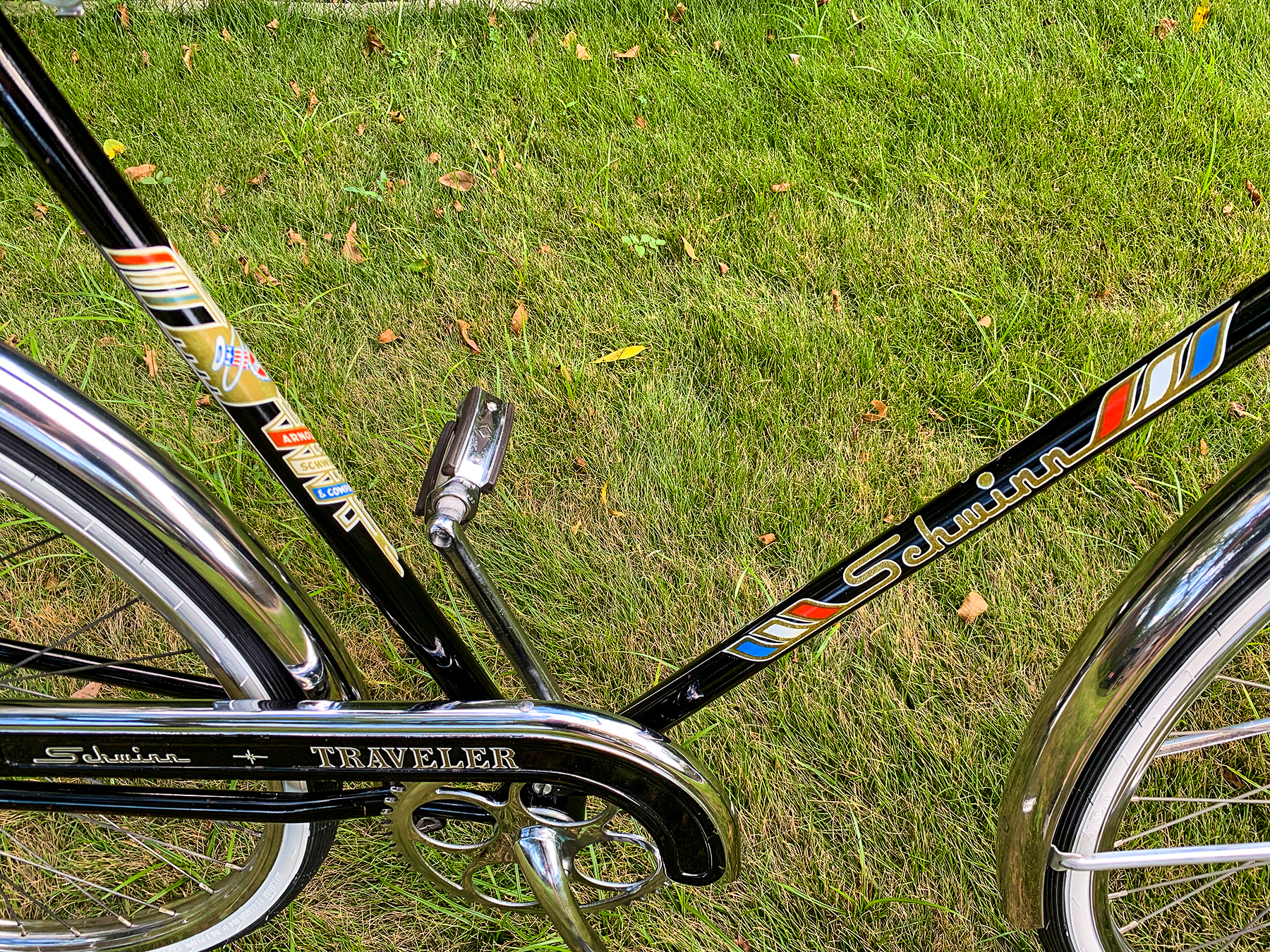 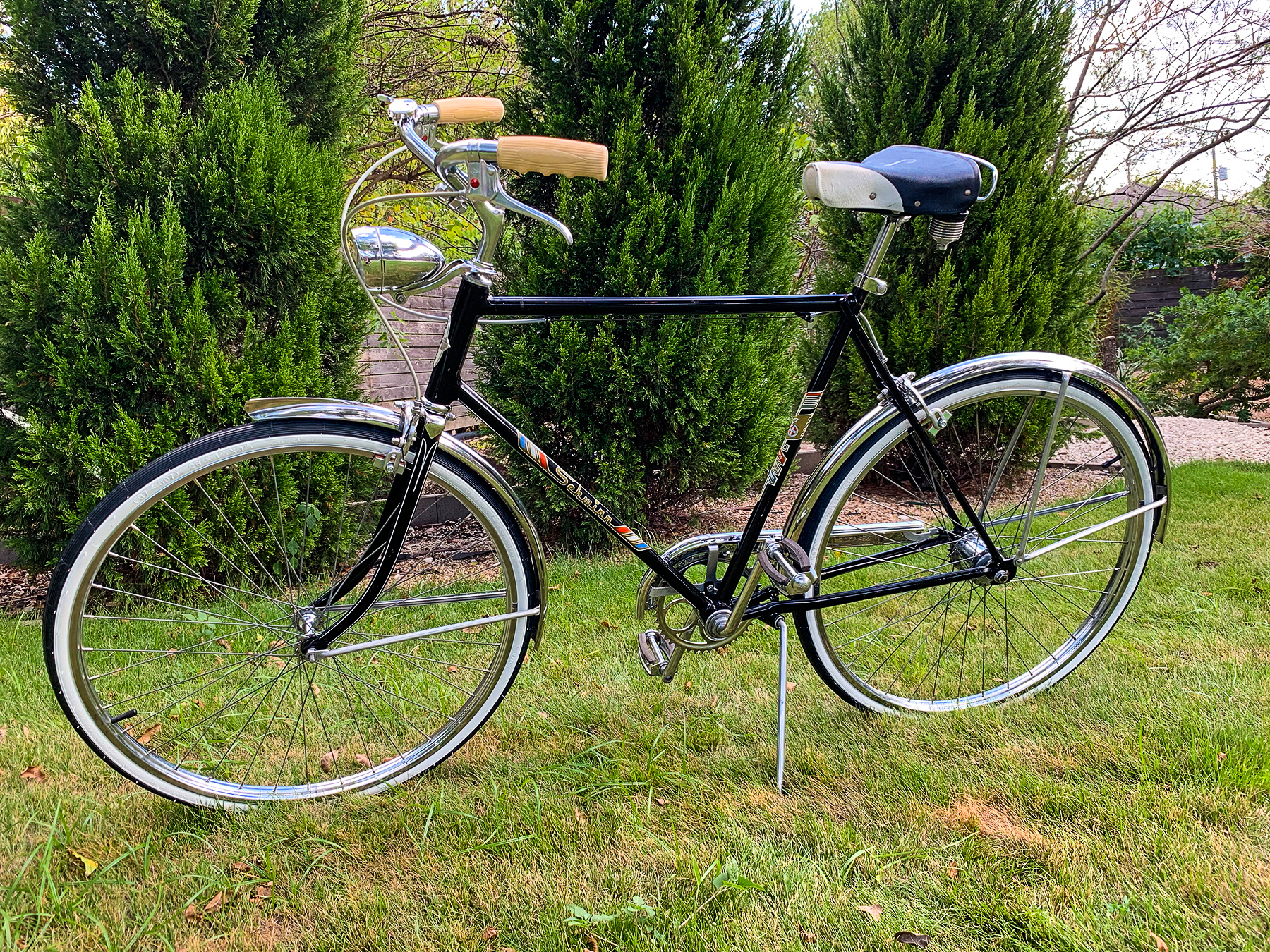 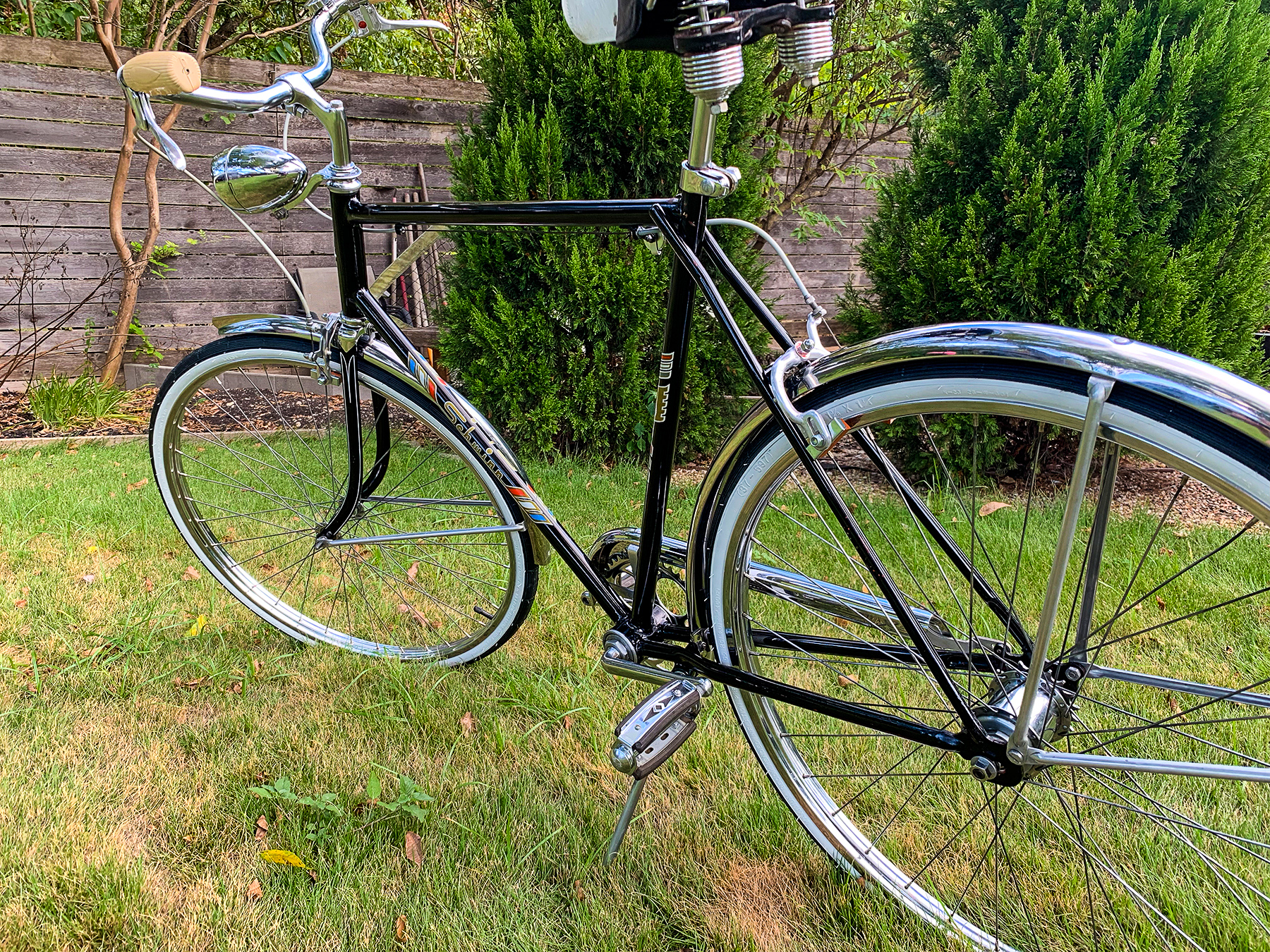 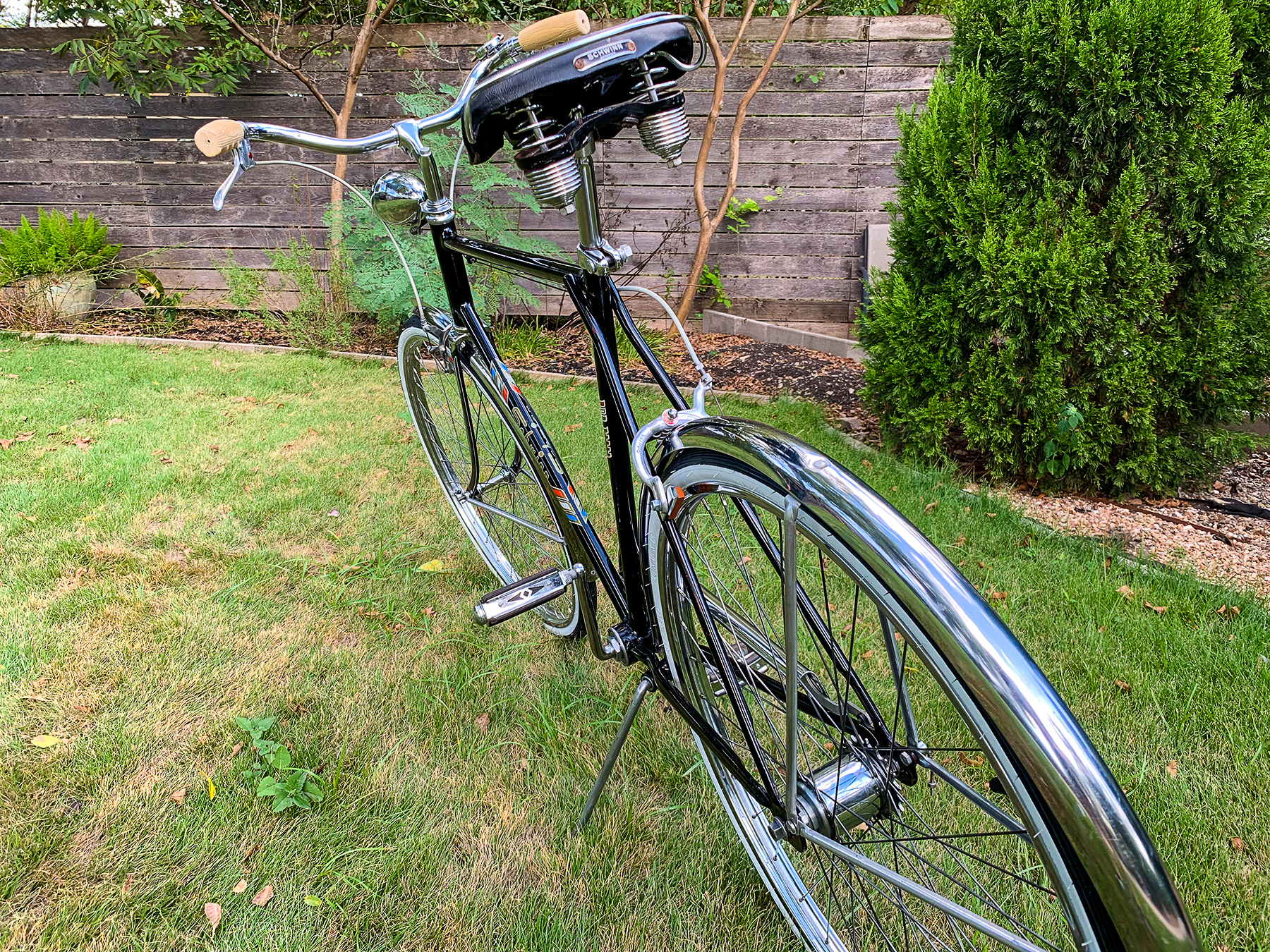 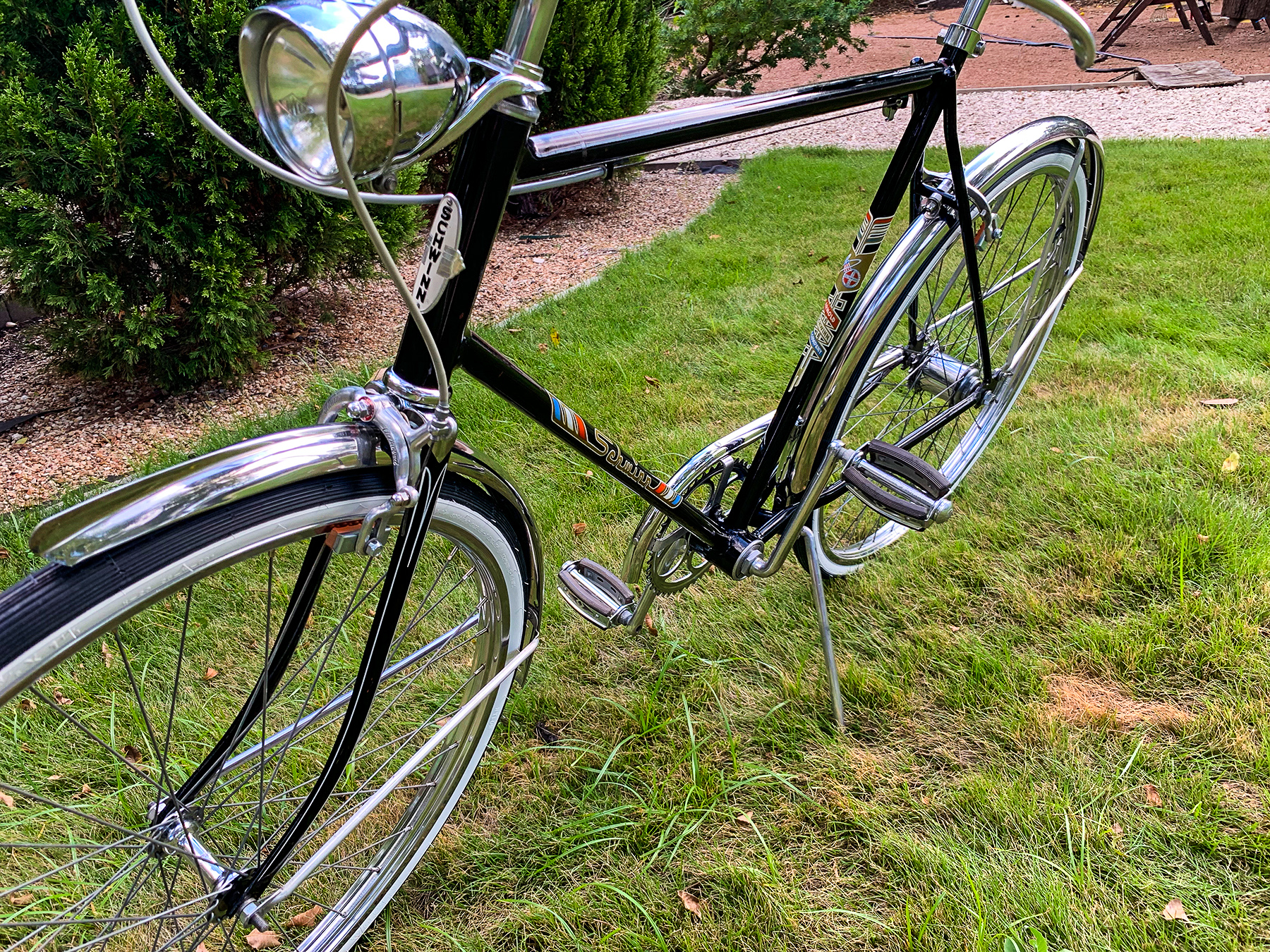 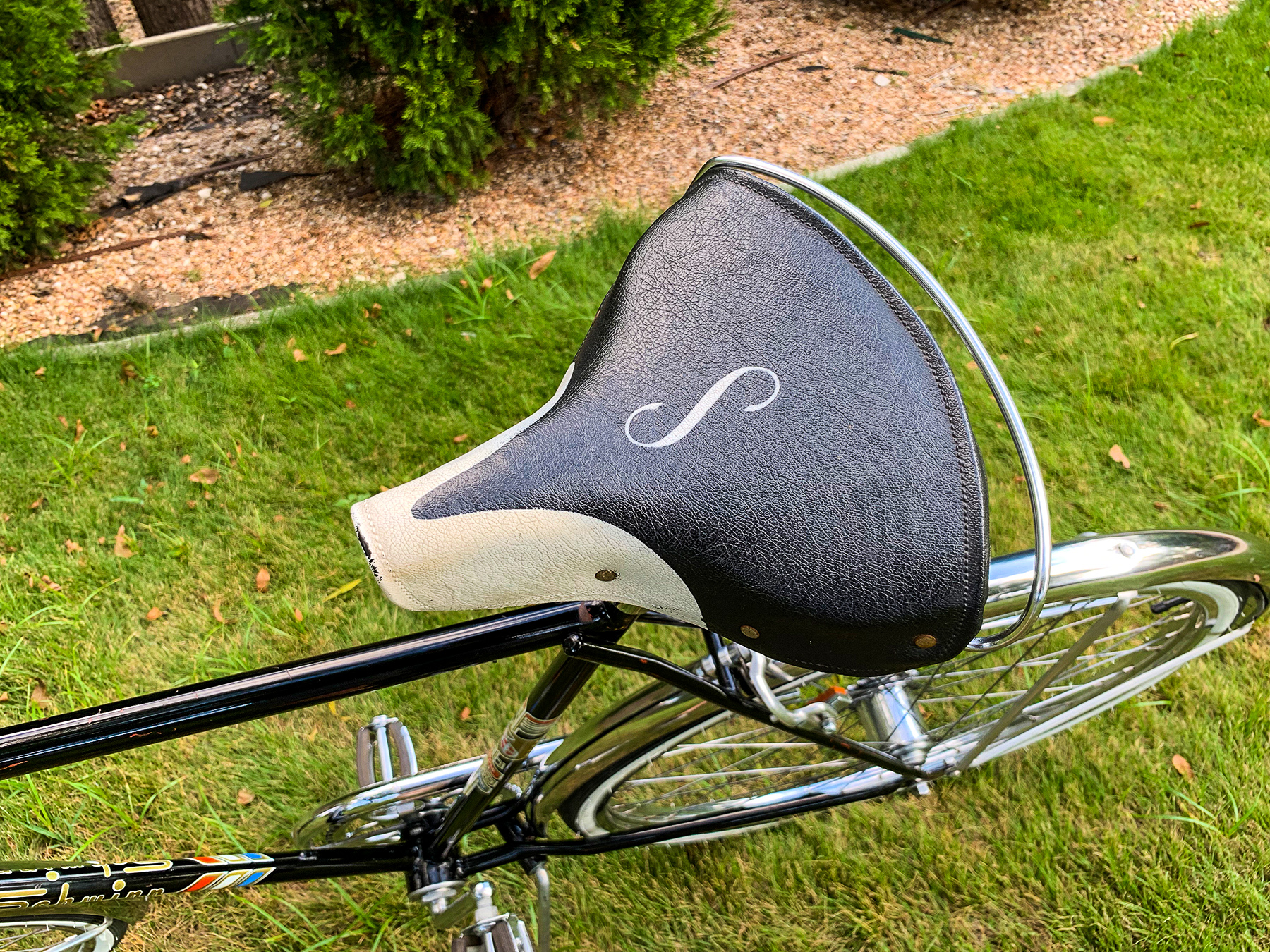 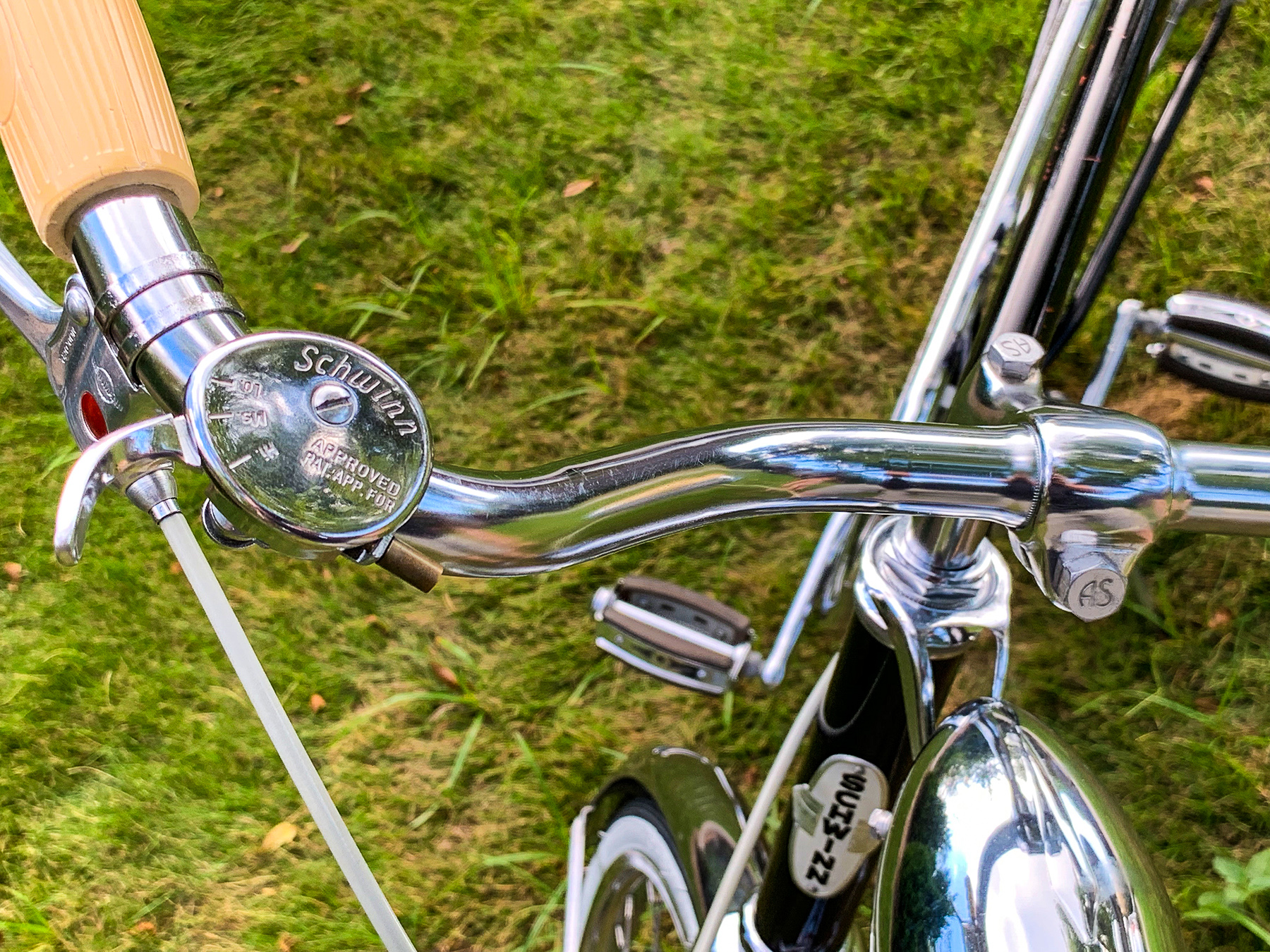 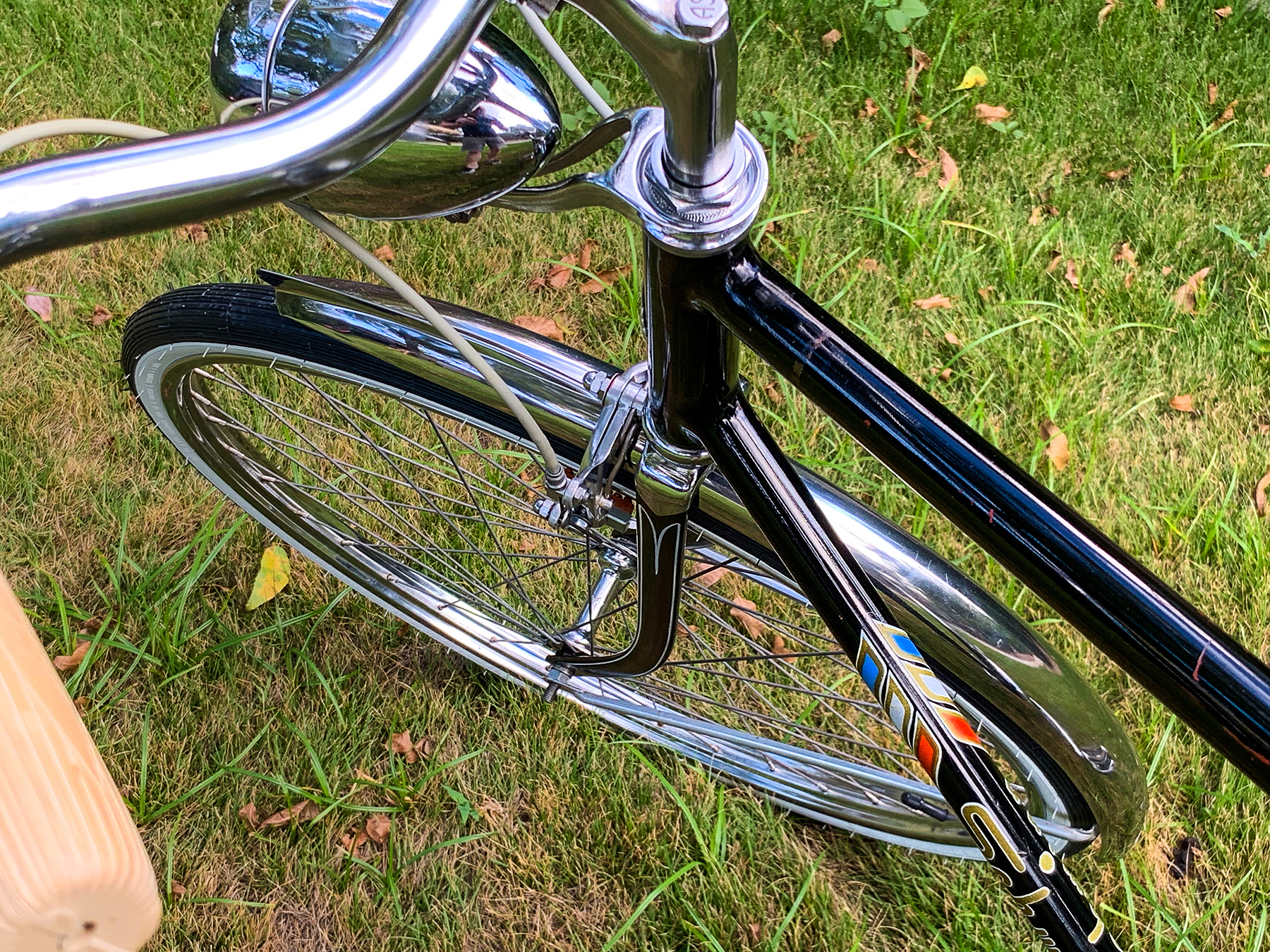 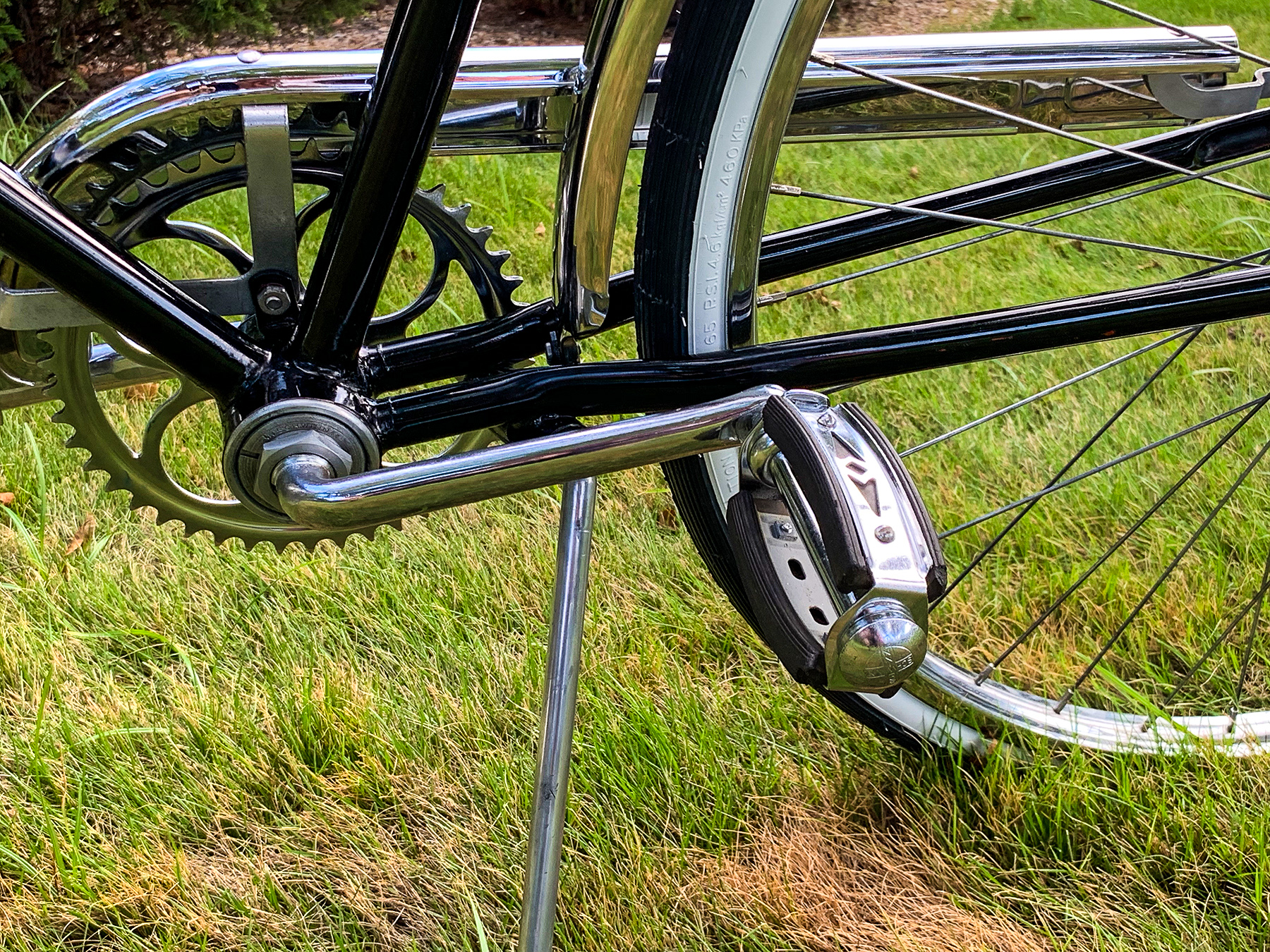 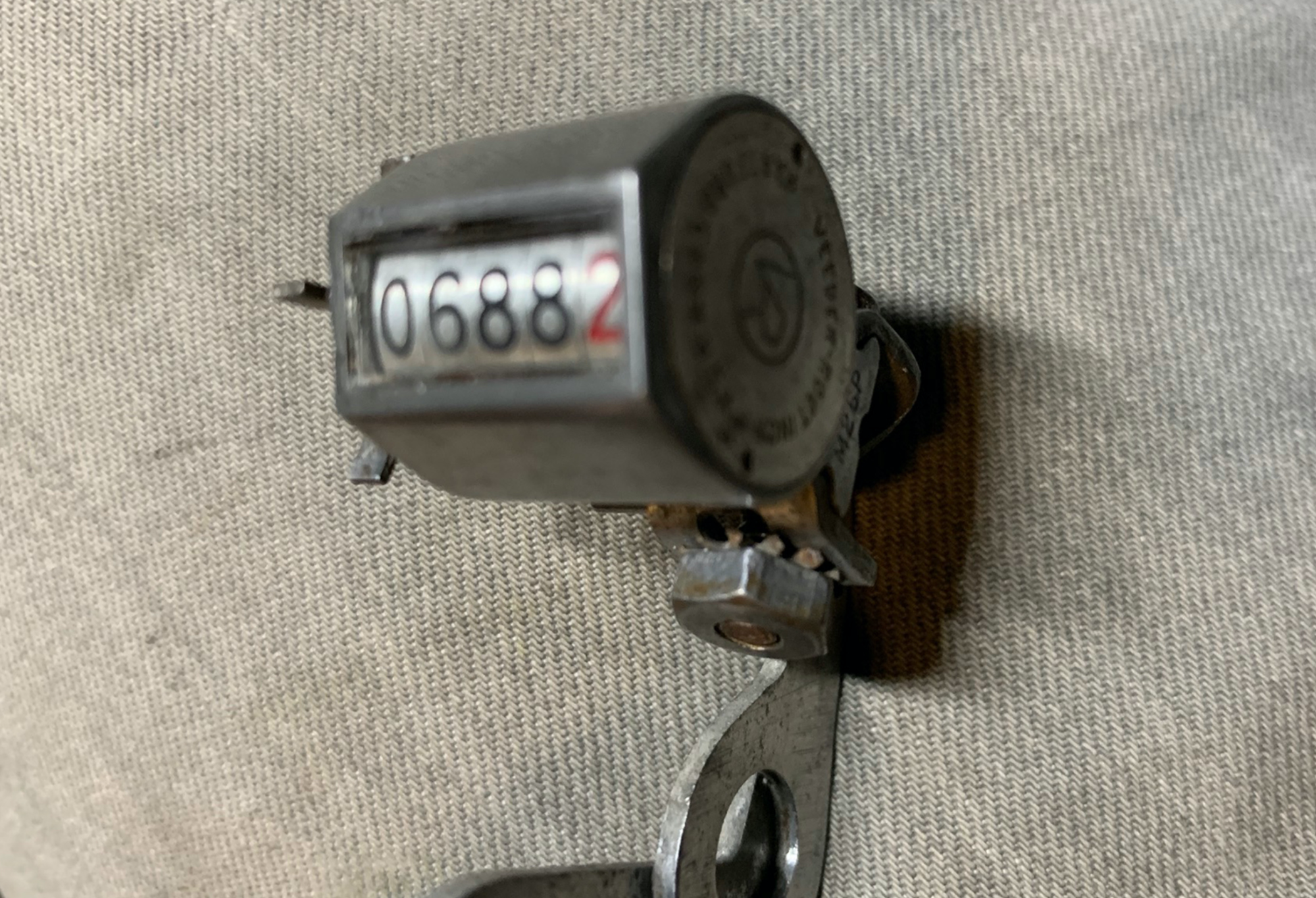 Very Nice!
Those 23" frames seem to be pretty hard to find.
Your paint & decals look to be in remarkably good condition.
Usually the blue in the decals has sun faded to white. Yours still have nice blue!

Thanks! I lucked out with these decals. Some of the ones, like the red ladies traveler I also overhauled (just posted), didn't hold up well and had to be replaced. I lightly polished these decals with a fine cut polish and q-tip, right to the point that I saw a small amount of color come off and then stopped and waxed it to lock it in. When I got the frame the decals looked dull because they had a fine layer of grime on them, which is what probably saved them.

I have one of these in Radiant Red with a 21" frame, but I think this decal package looks best on black paint.

Nice! The radiant red on these is killer too! I too have a 21" frame radiant red, '59, 3 speed, in great condition. I even found the red inset teardrop grips for it. It is hanging over my head as I type haha. I have had this one a while now, but got excited about other projects and still haven't returned to give it a proper detailing. I haven't touched anything since I got it, except adding the grips, light kit and tires. 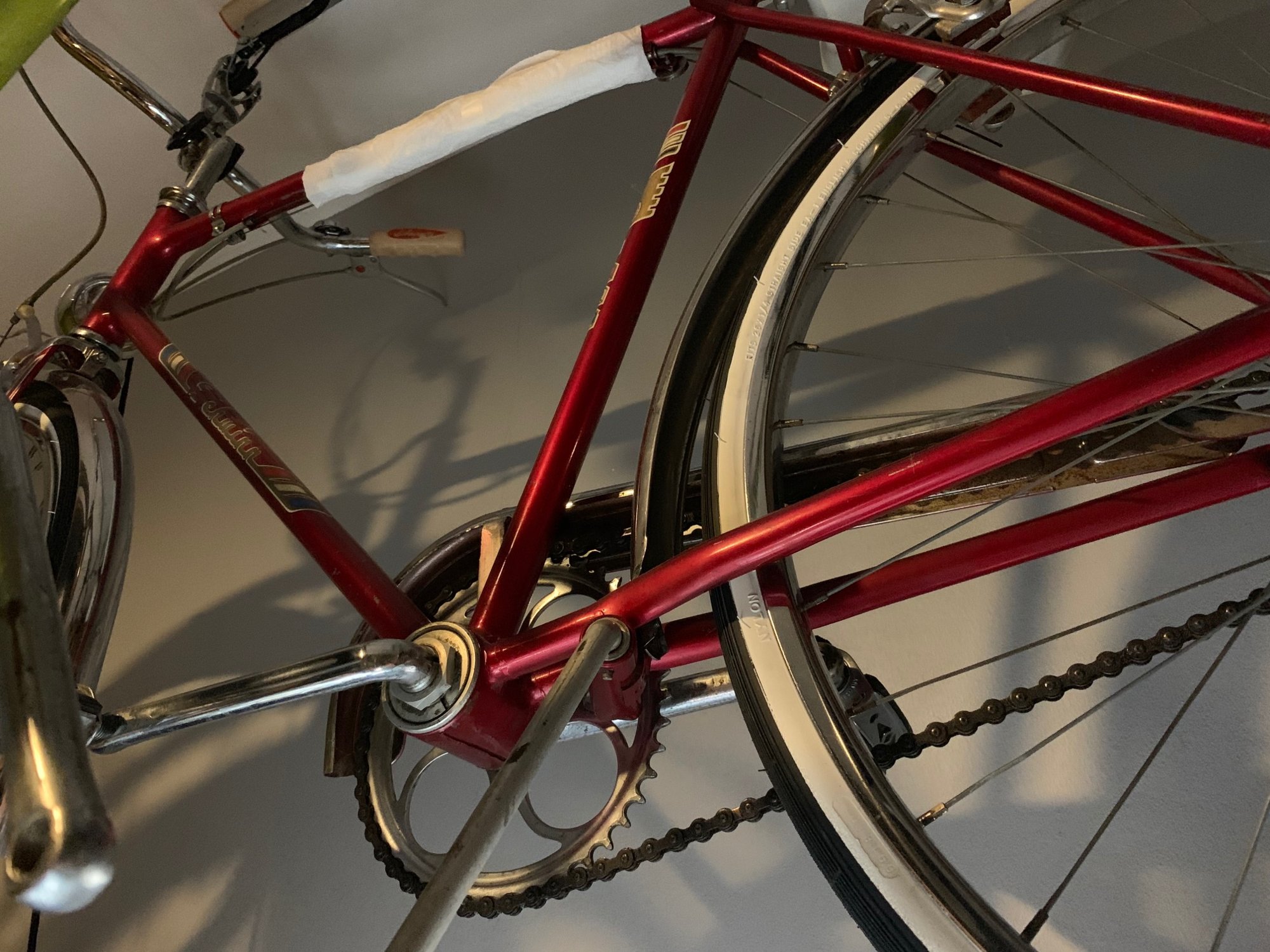 The power of oxalic acid: tablespoon in about almost a gallon of water, left over night. This is what they started out as. 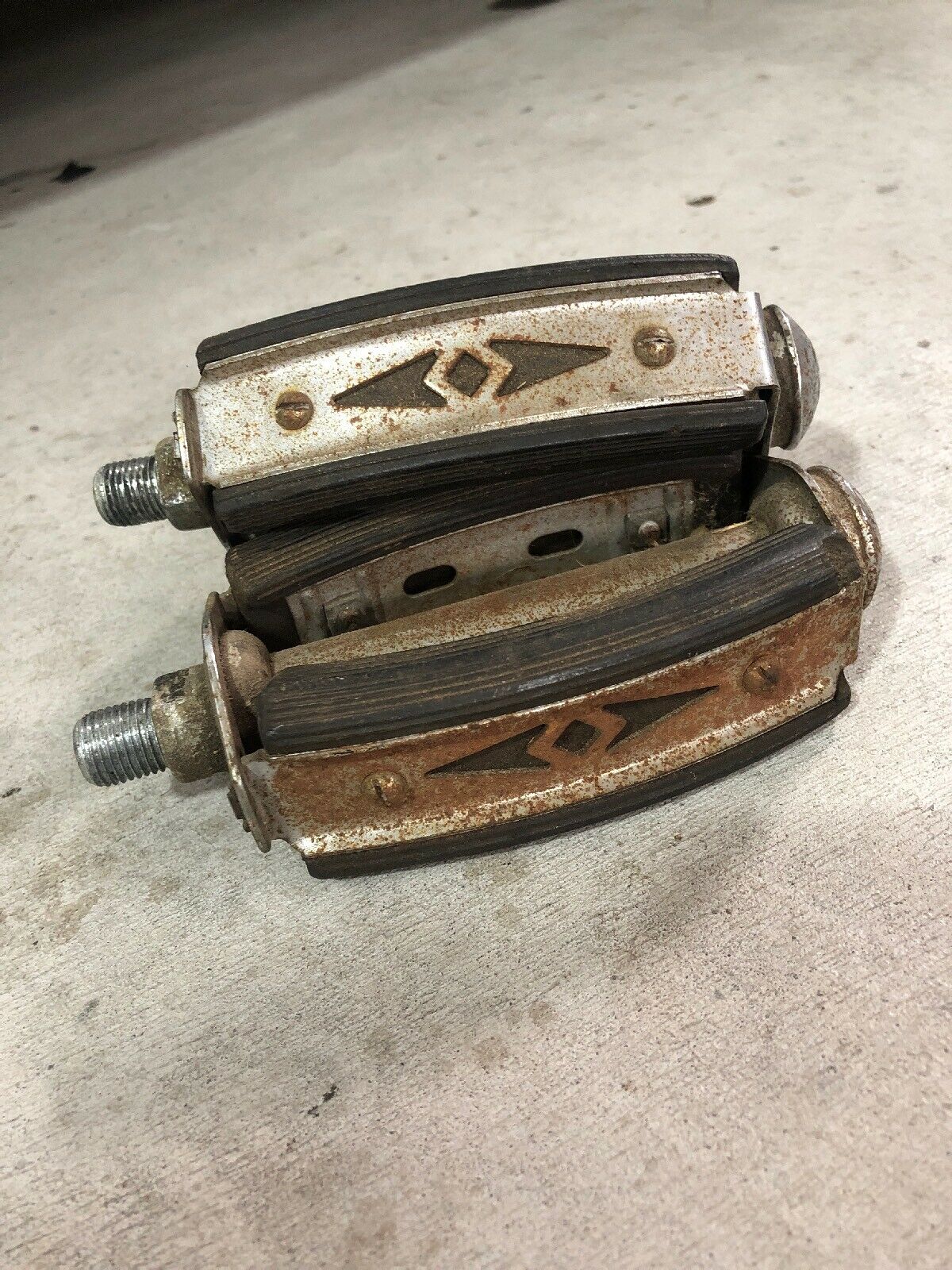 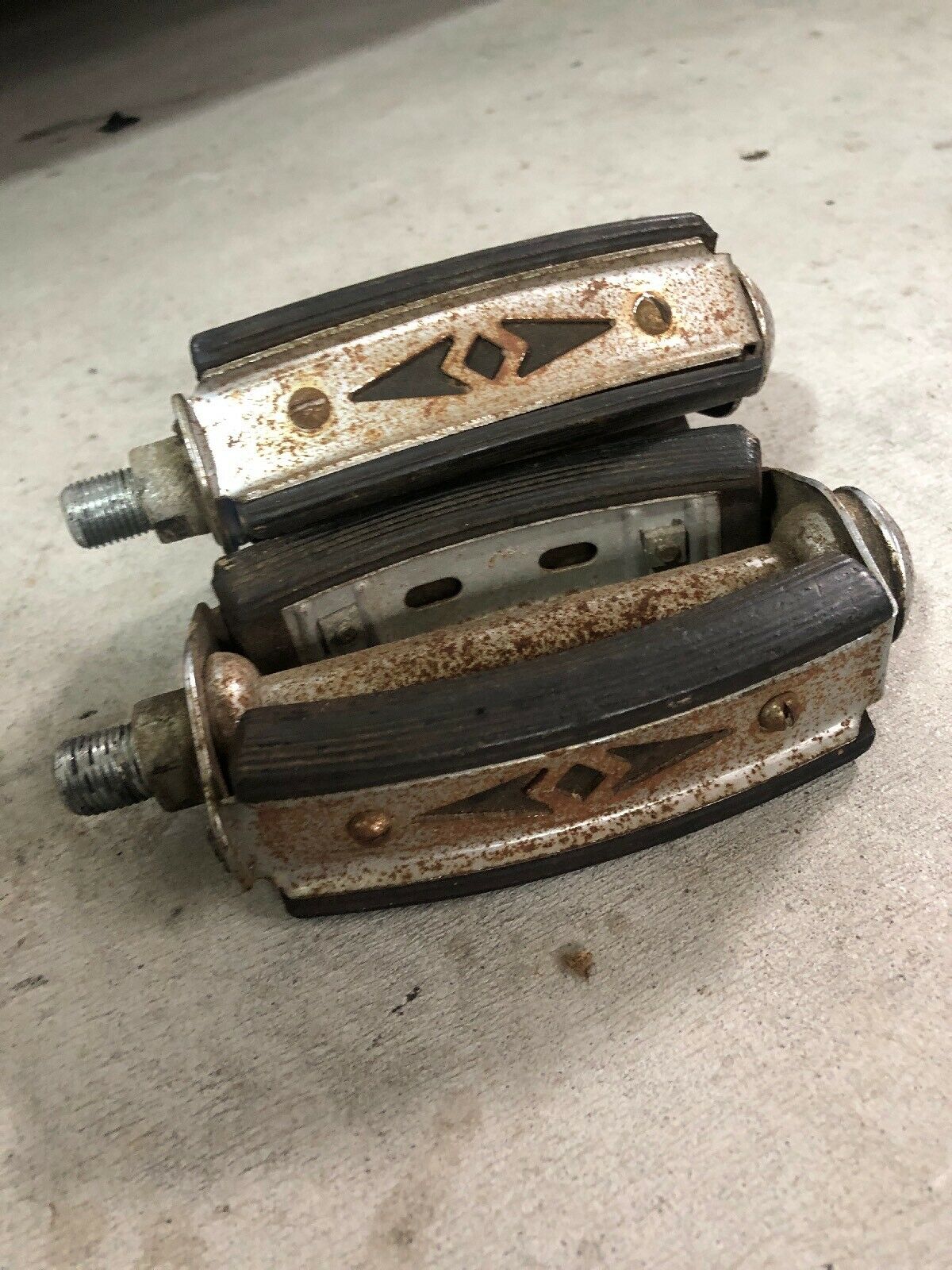 Thanks! The start of the build...as seen on ebay...and pulled the trigger quick. 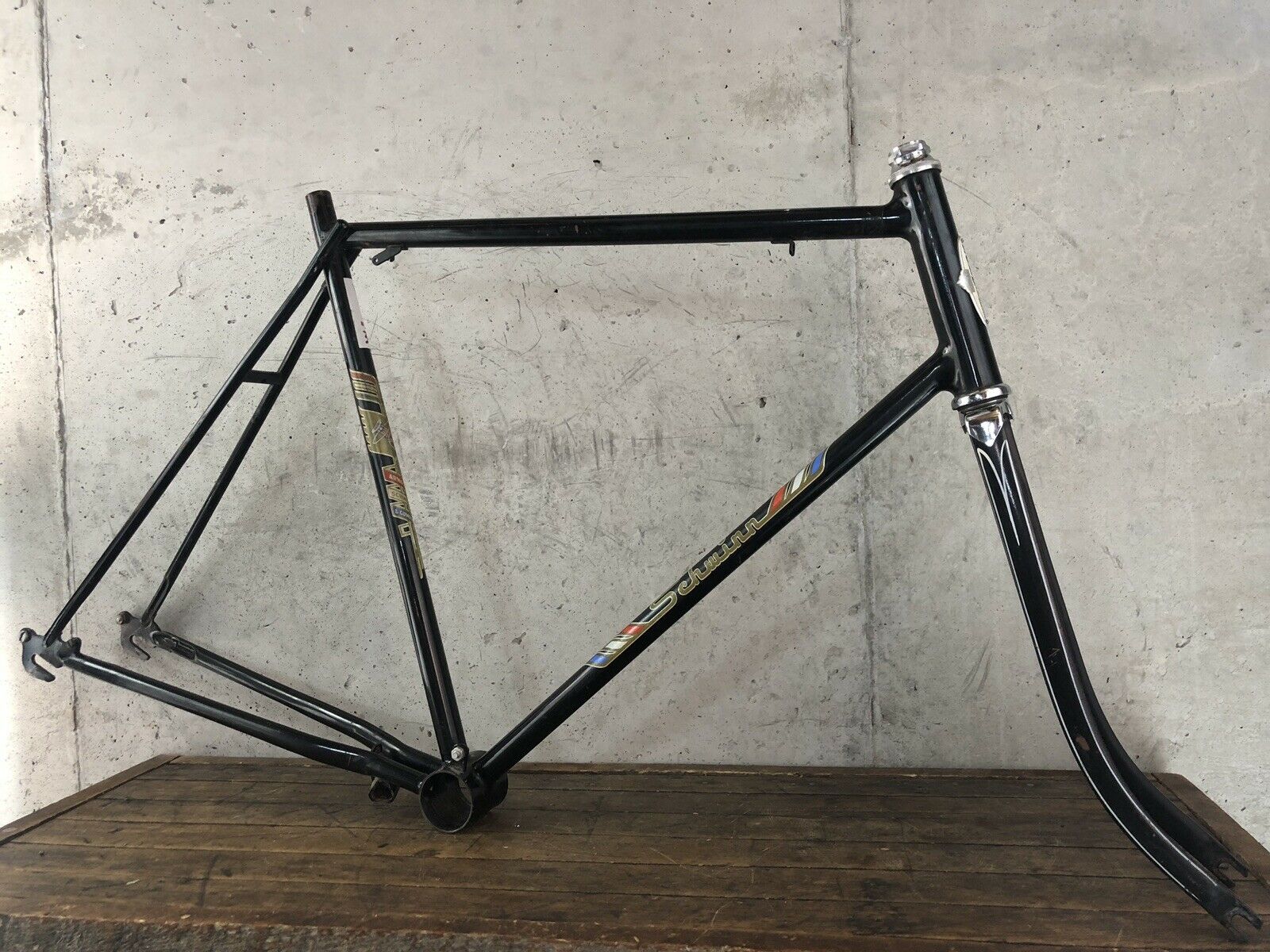 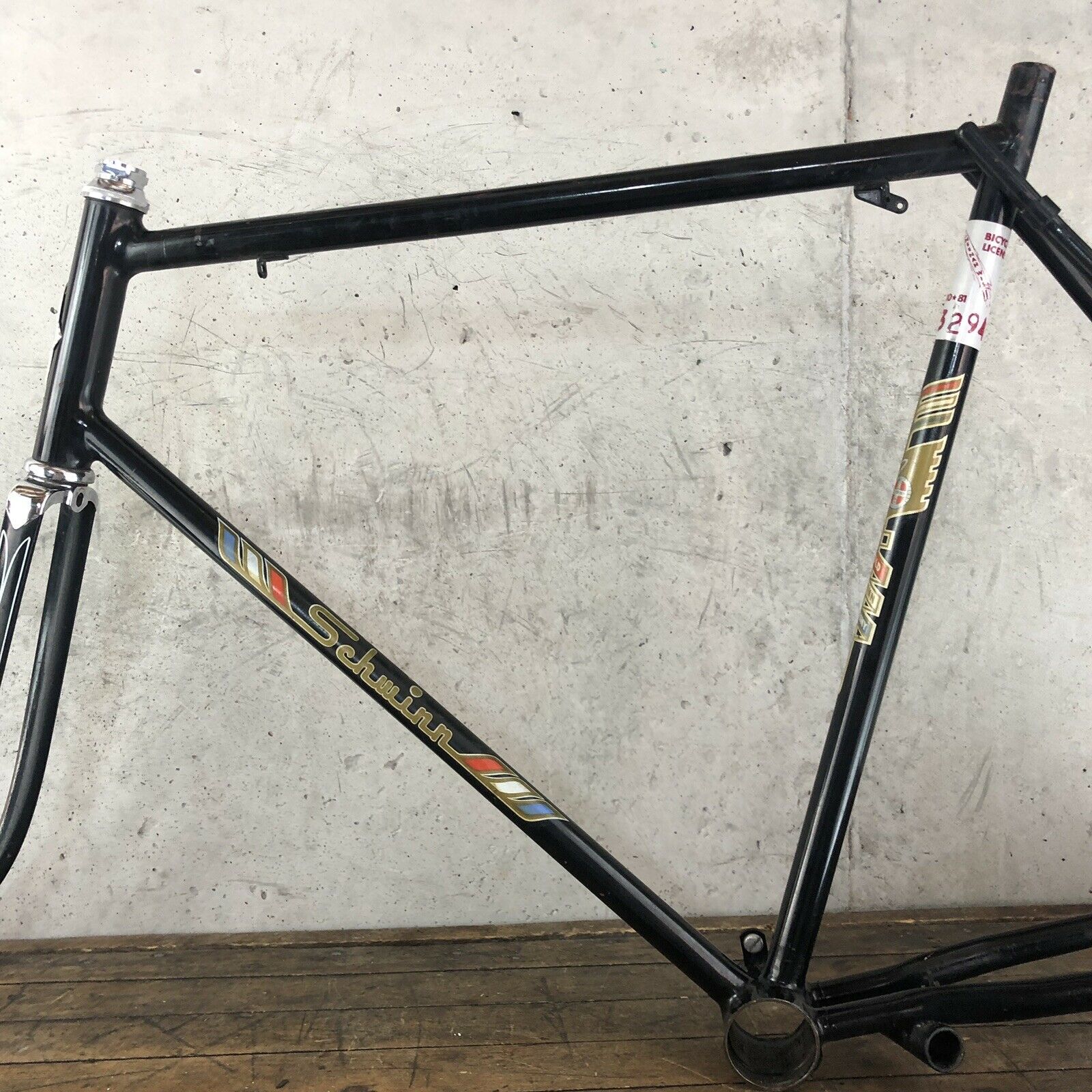 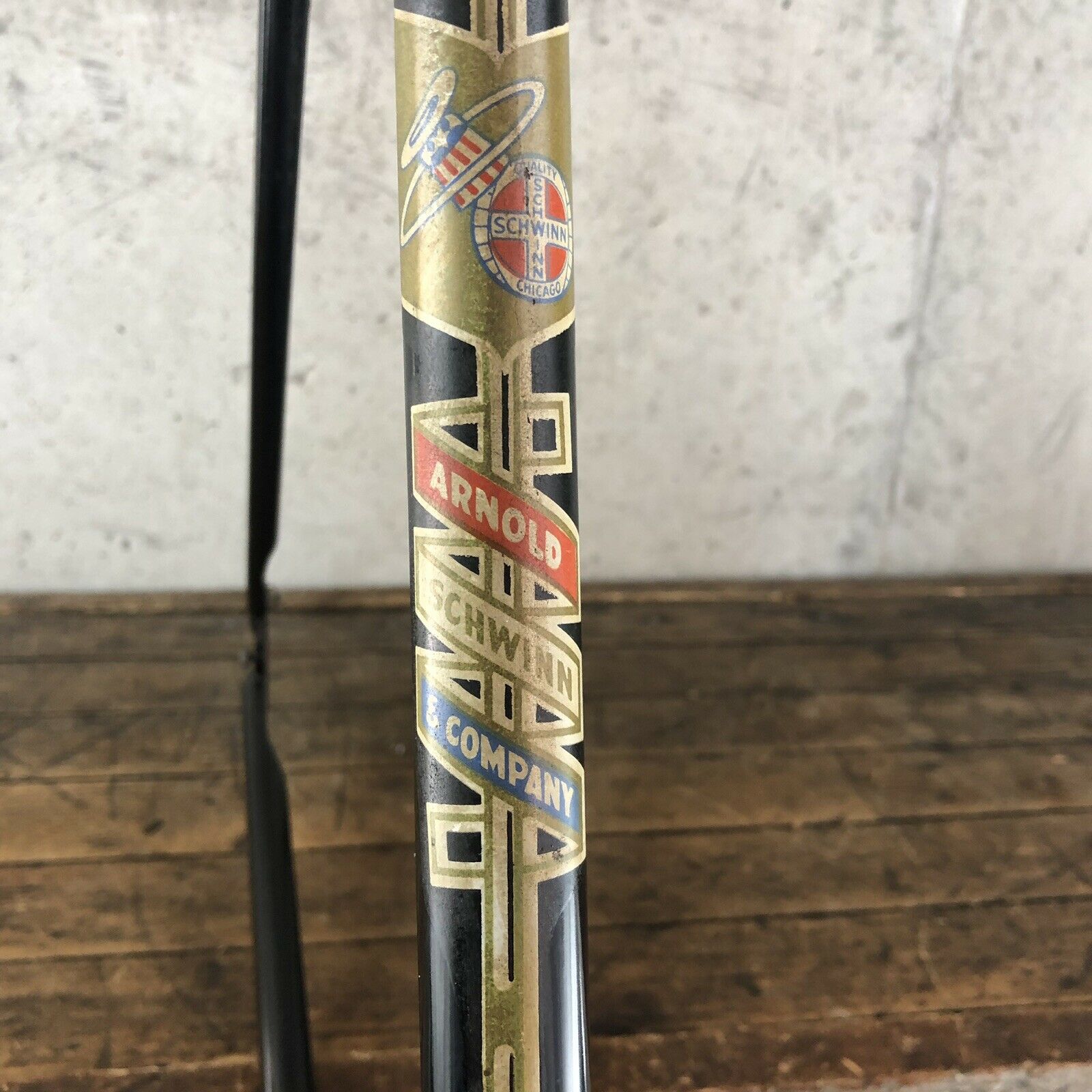 Did you take out the rubber on the pedals to do the Oxalic bath ? They came out Fantastic.

rennfaron said:
The pedals were covered in rust and look how they turned out.
Click to expand...

CURTIS L LINDGREN said:
Did you take out the rubber on the pedals to do the Oxalic bath ? They came out Fantastic.

Thanks! I didn't. I left the rubber on. Honestly, I was expecting to pull them out after a couple days and get the aluminum foil and white vinegar (works great too) out and take the pedals apart and work them over. I also read a lot about oxalic acid and everyone said it only eats rust and doesn't touch paint etc., so I figured the rubber was good. So when I went to check on them after 12-14 hrs they looked super clean and I just took a toothbrush to them. It also seemed to degrease then some and the grime was very loose and came off with a little soap. Took a blow dryer to it after to not have any water sit around on anything. I got my oxalic acid off Amazon.
You must log in or register to reply here.

Going out of business sale - part 6