Every now and then I pickup a ladies lightweight if it makes sense. This one did. It had a few things going for it: 1) the paint was amazing; 2) the decals pretty nice; 3) you hardly see these Worlds pop up and with this decal package; 4) I don’t think I have ever come across a World in this color.

The World model kicked off in 1950 along with the World Traveler as all new mid to low end models. The World ran until 1954, when the 26’ version was discontinued. In 1954 the Collegiate replaced out the World as the base model and then it would also be discontinued at the end of the year. The World popped back up in the lineup in 1955 but quickly was replaced by the all new Racer. And that was that for the 50s World model. At some point in 1955 the World to Racer transition occurred so it makes the 1955 Worlds pretty uncommon. In generally I don’t see many World models pop up, during any of the years of production. Although the frame was stamped in late 1954, as most everyone knows the frames were built prior to build up of the bike, which happened anywhere from a month to months later. That said, this only makes sense that it was sold in 1955.

Overview:
When I got the bike there were a few things incorrect but I have since updated those parts to period correct per what would be found on the model. I still need to source a set of good condition ladies lightweight pedals from this time period. I haven’t cleaned the bike up at all and most likely won’t because of the condition it is already in.

Other bikes I have posted: 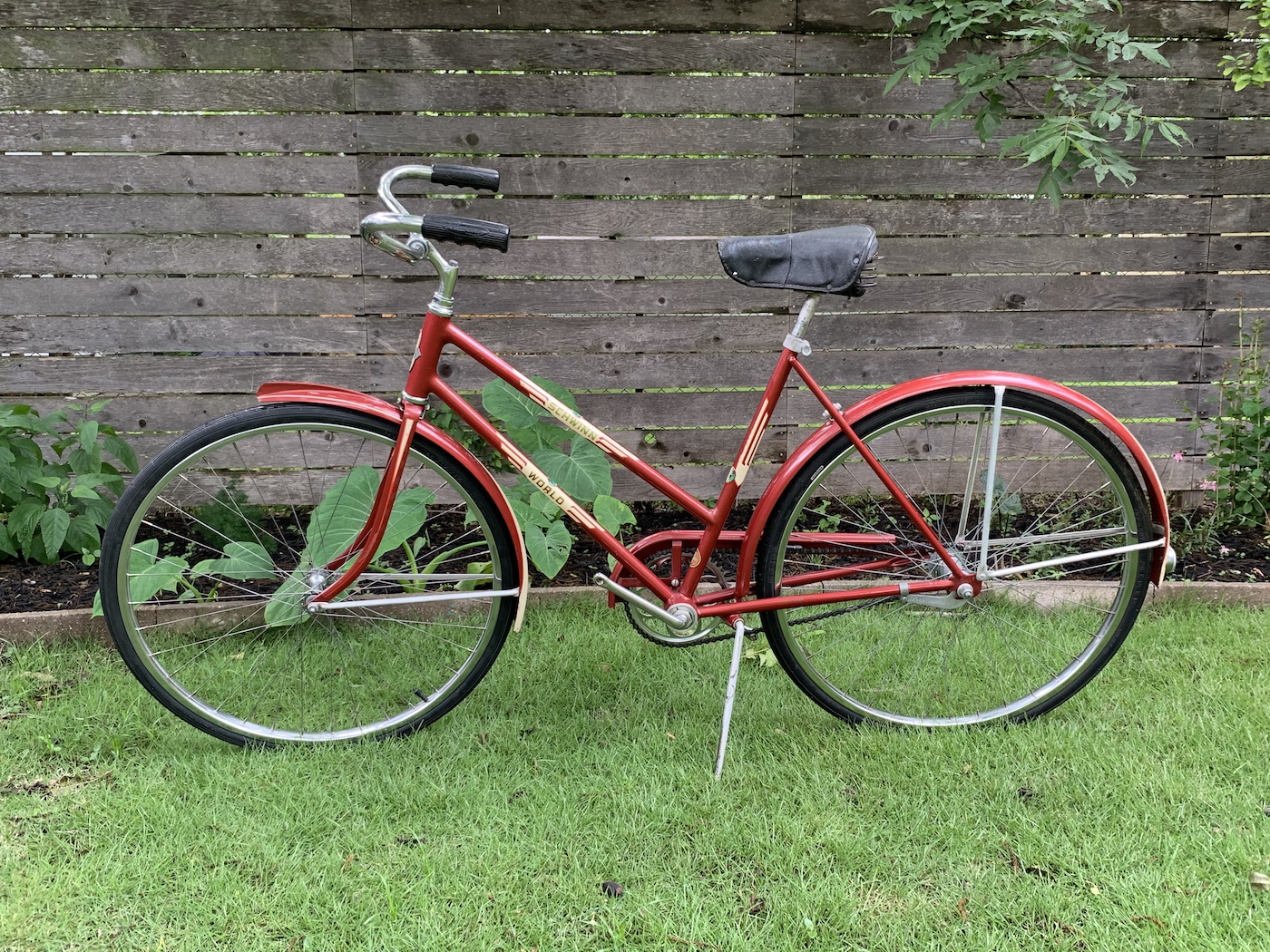 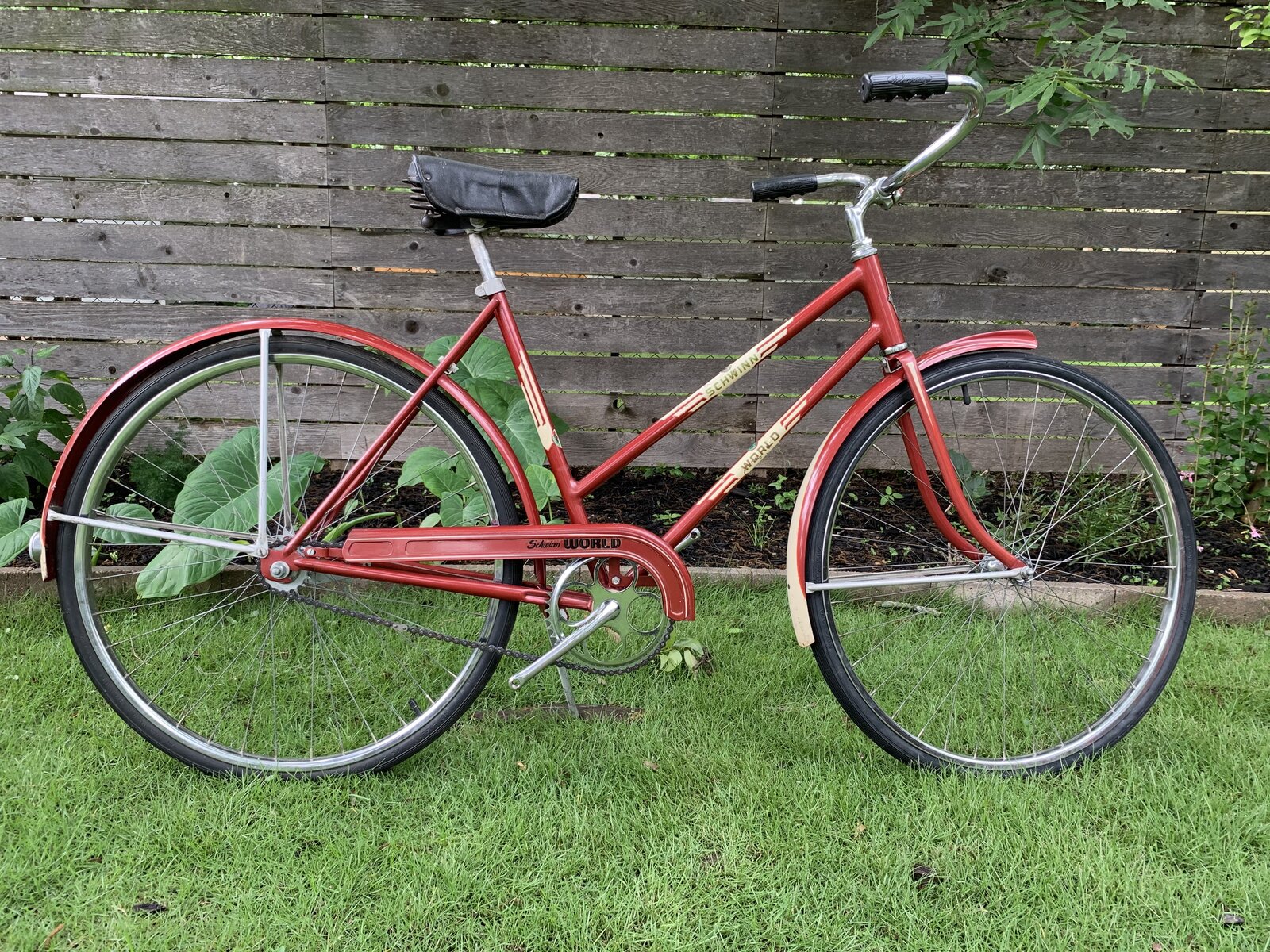 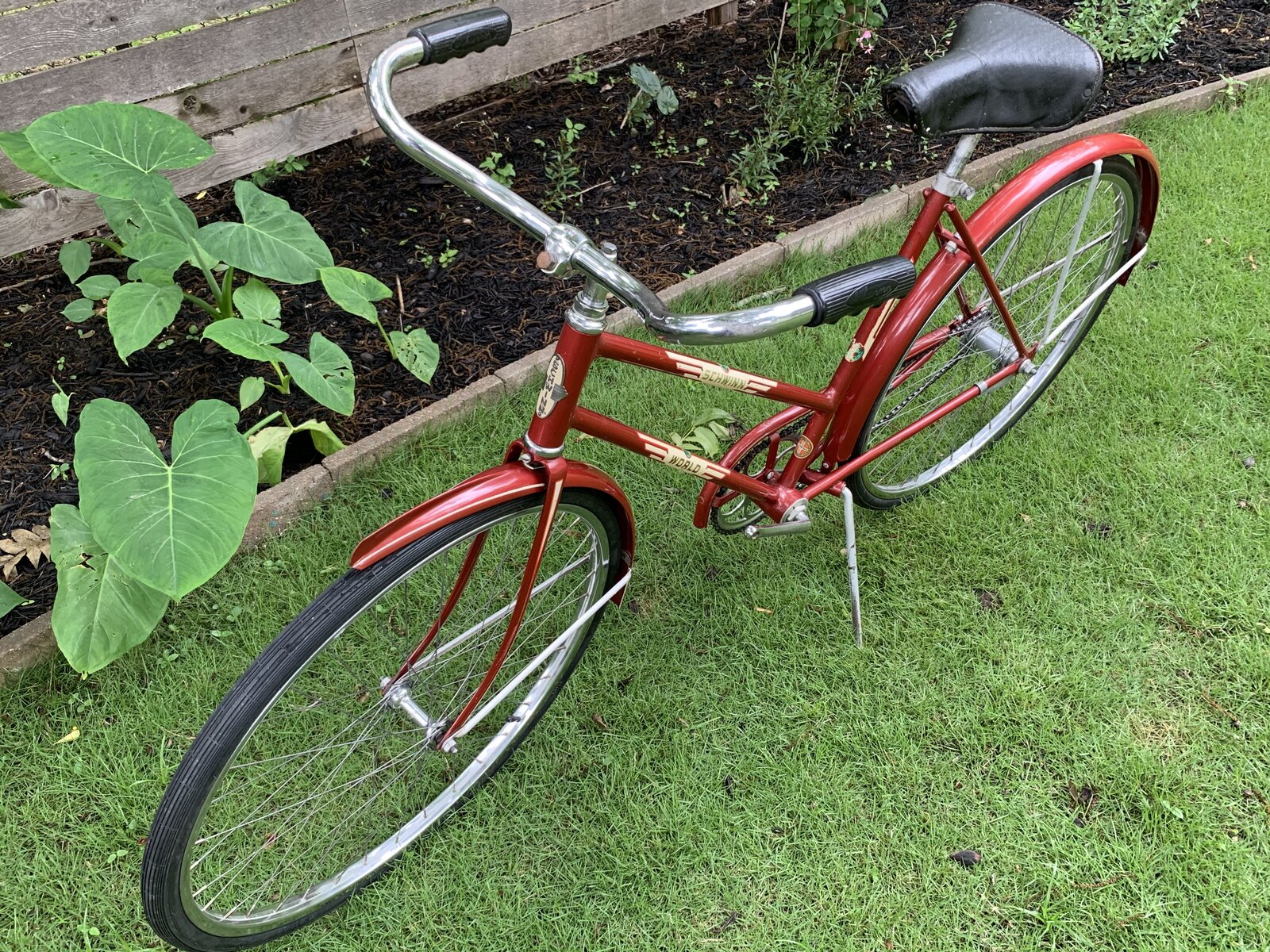 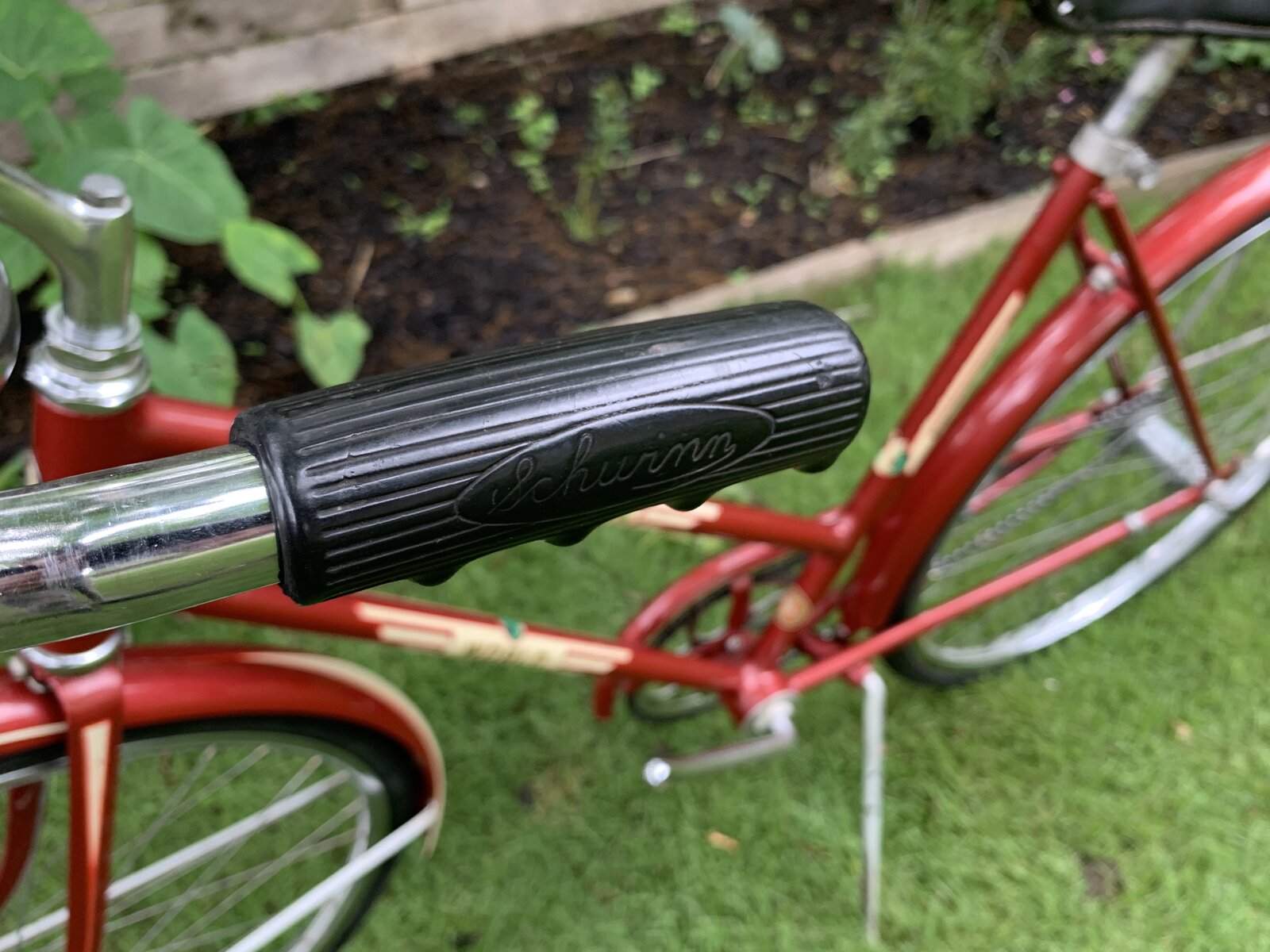 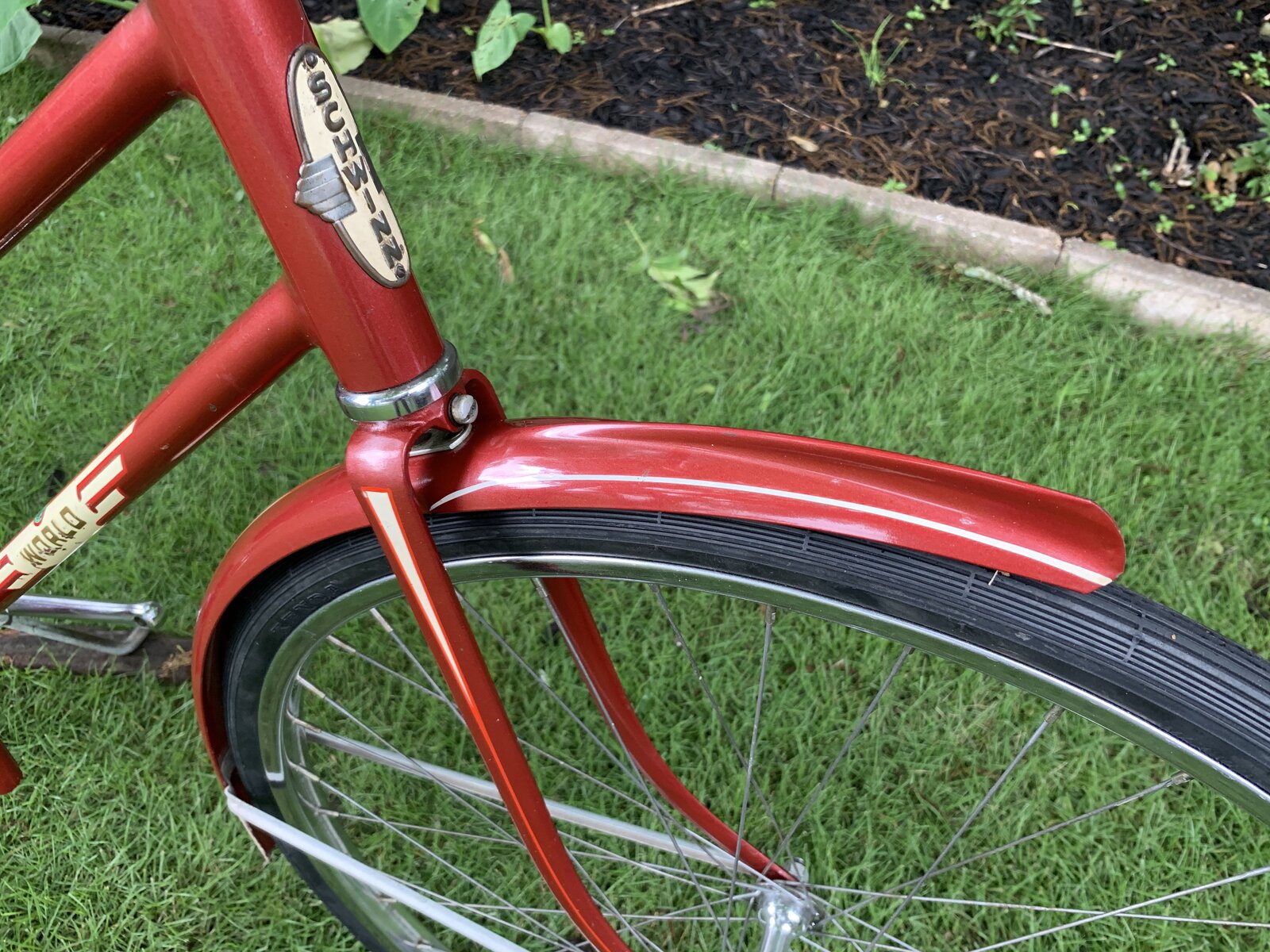 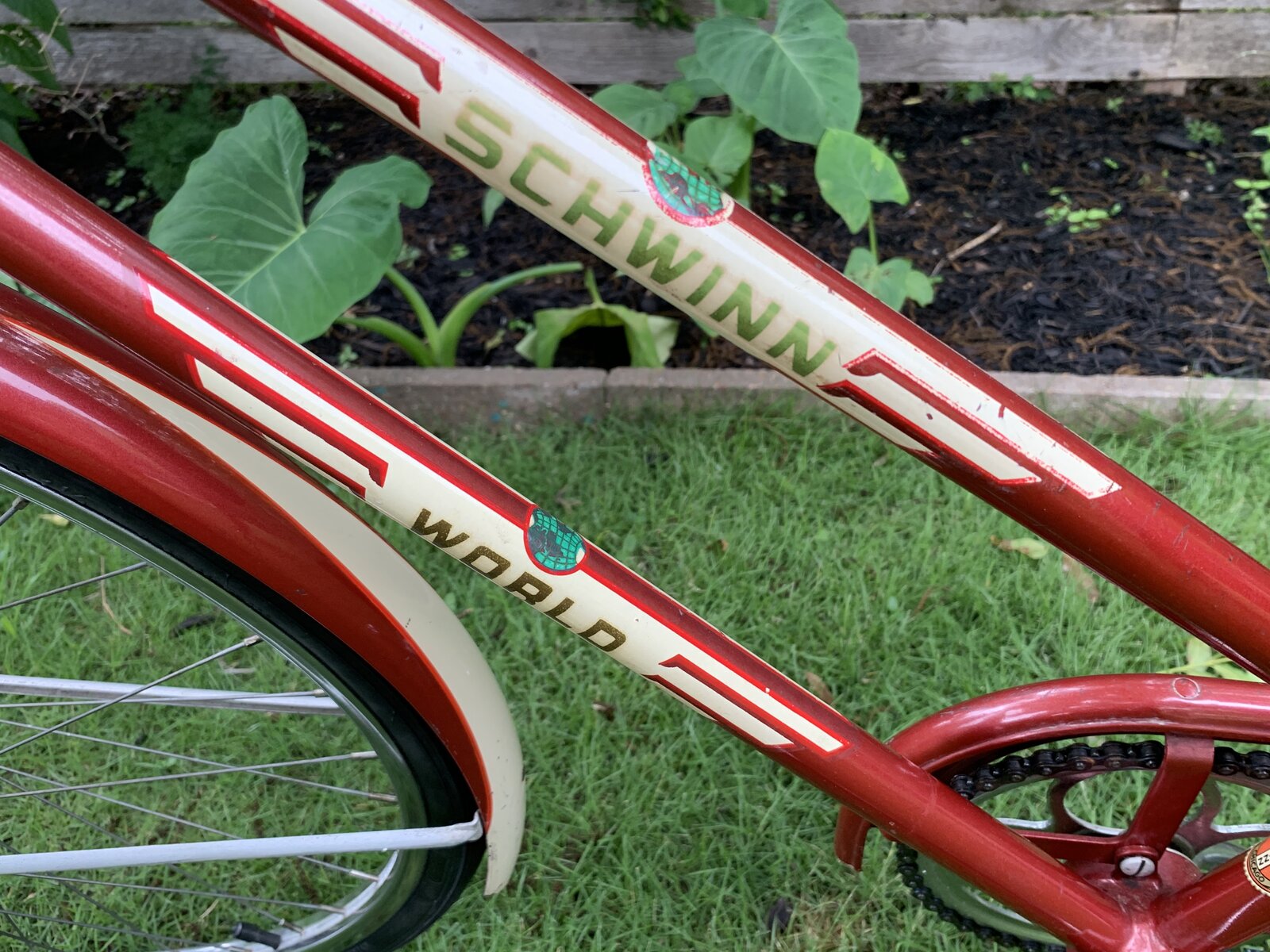 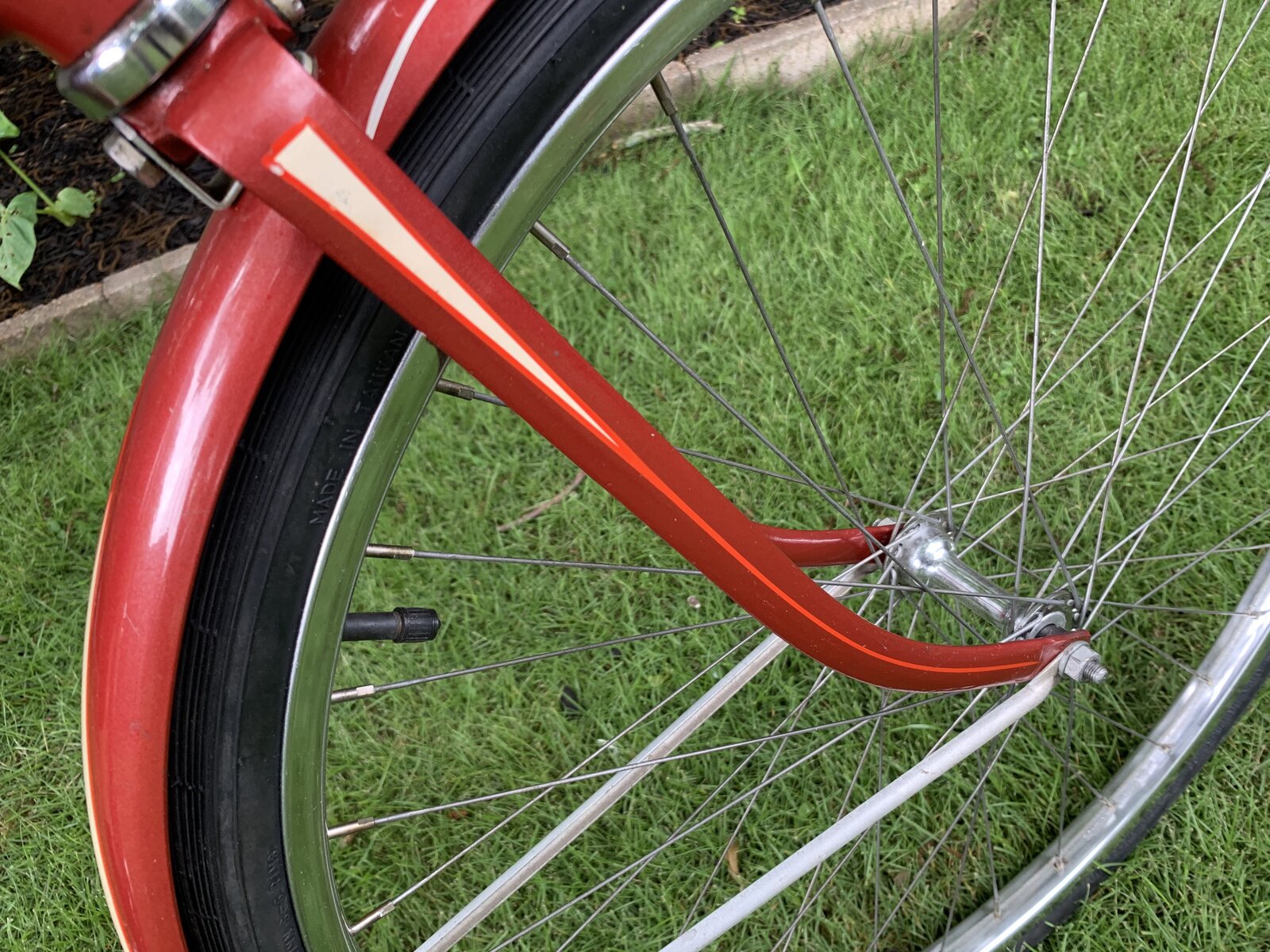 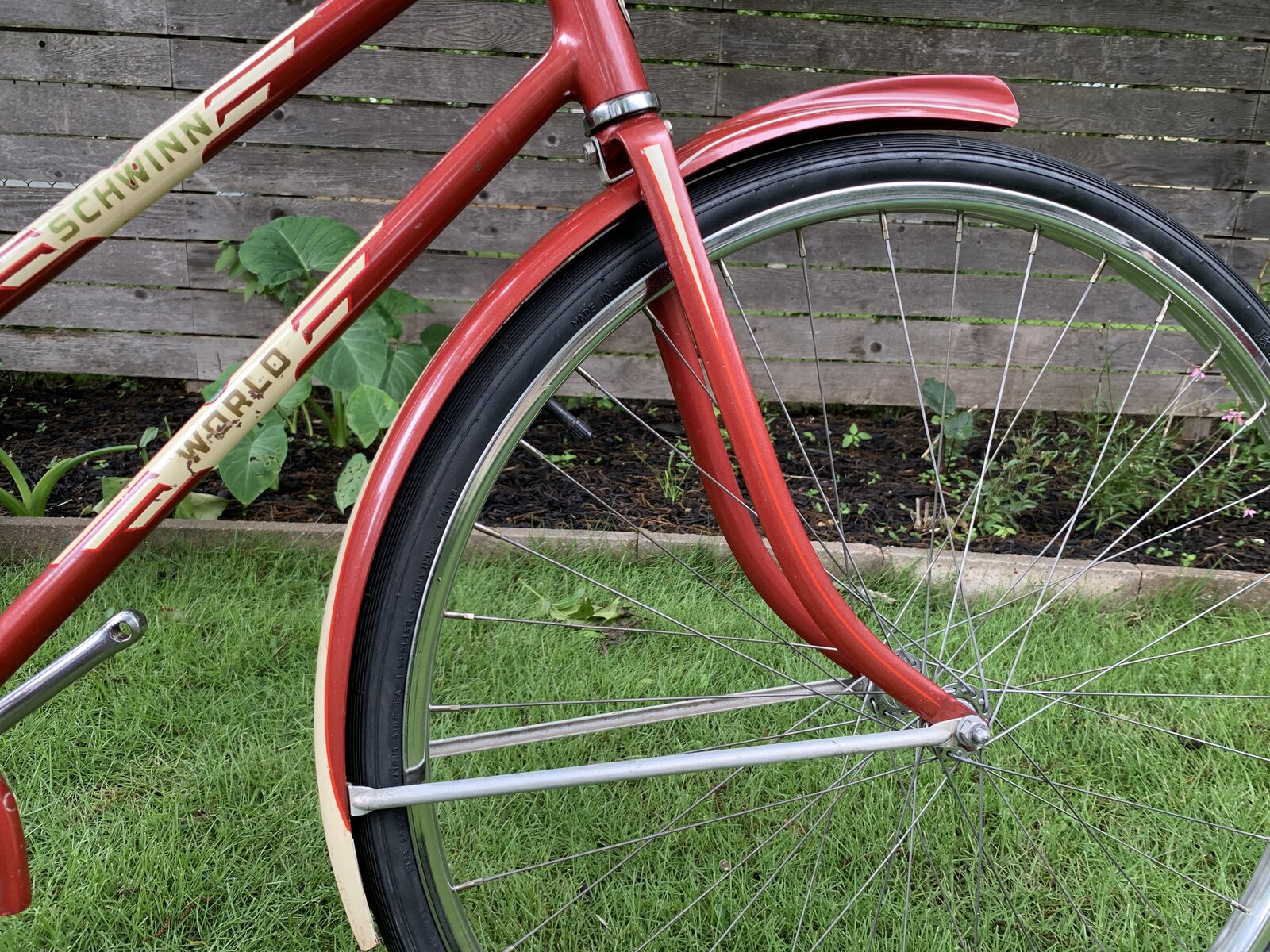 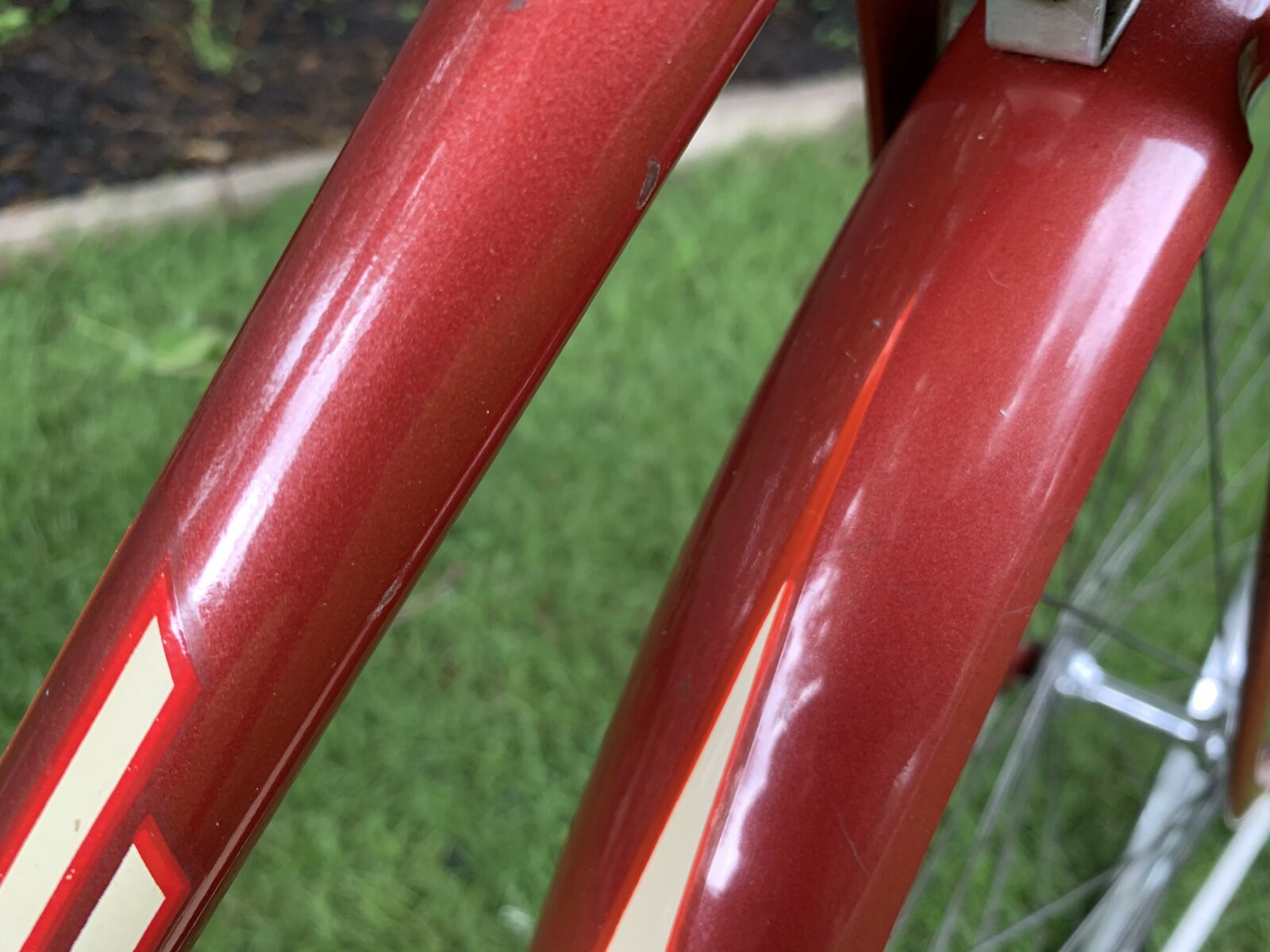 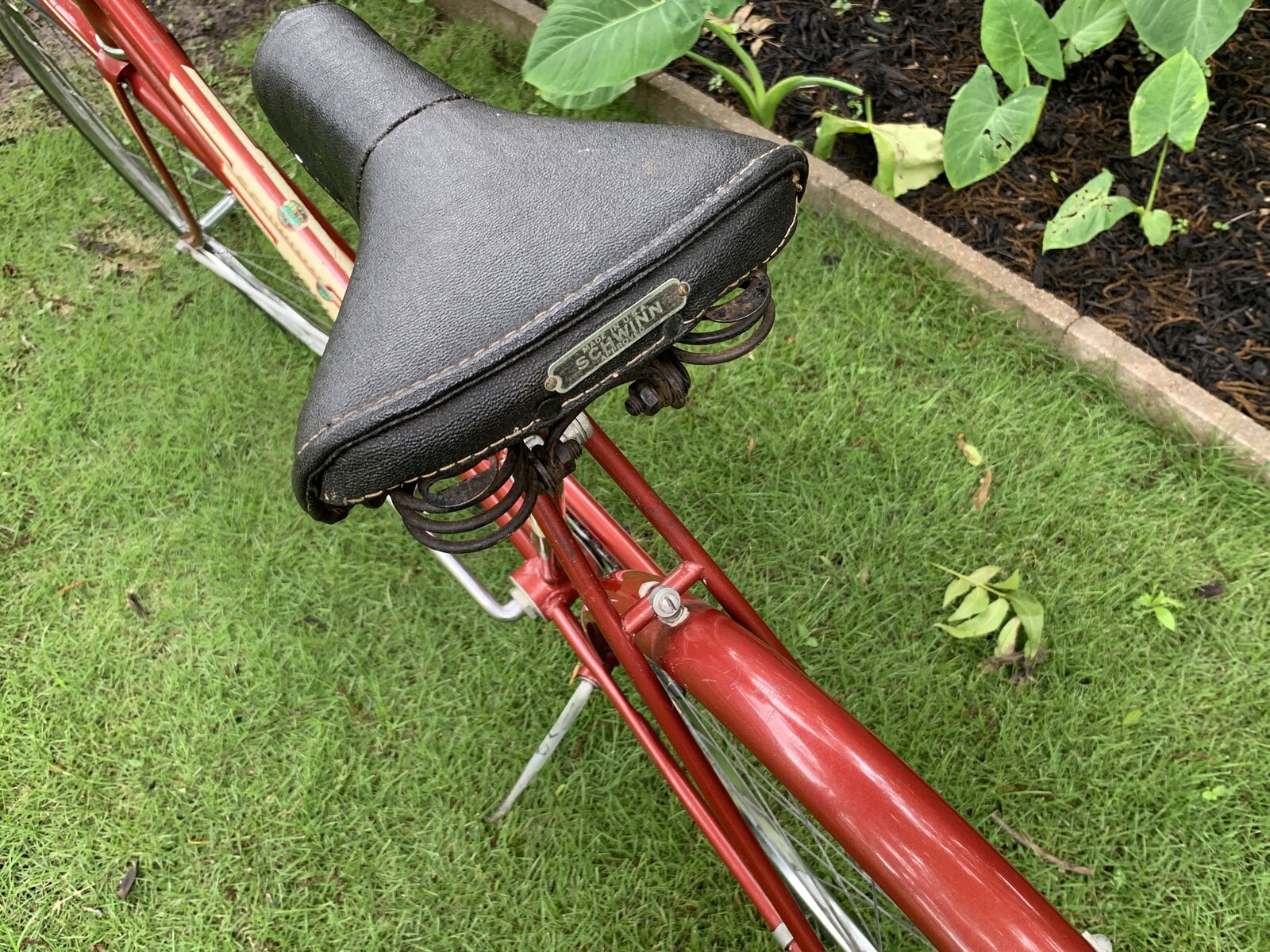 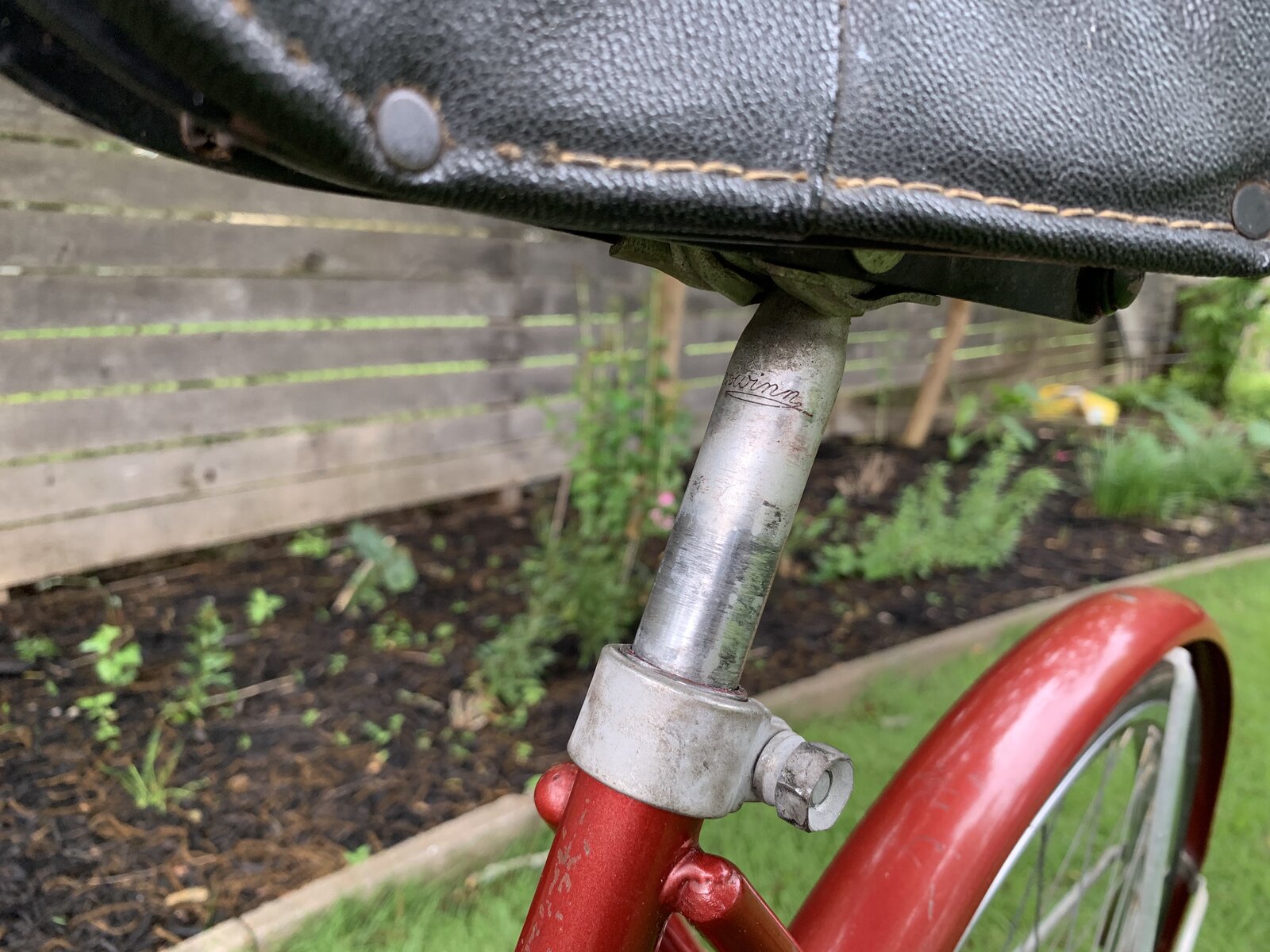 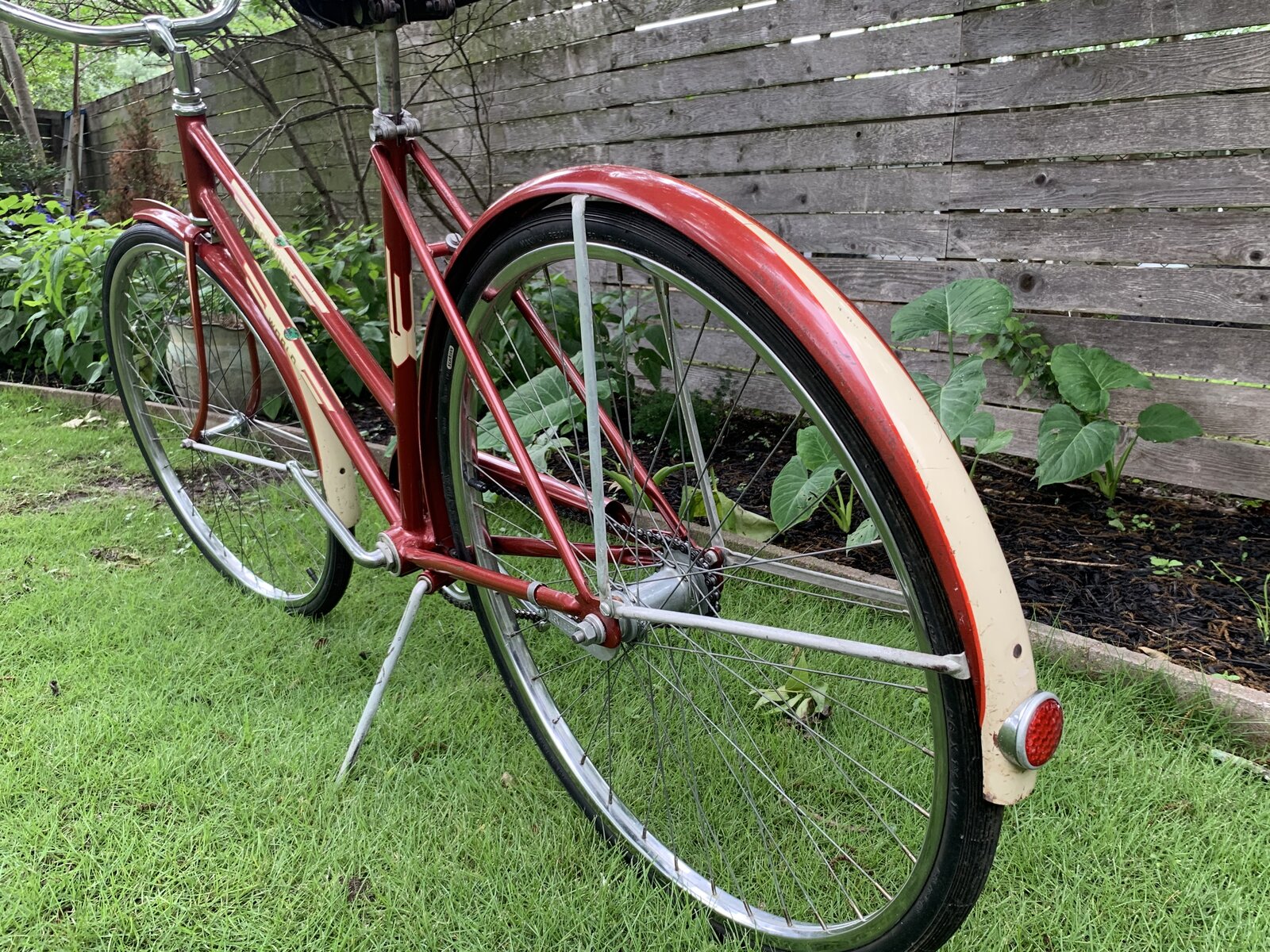 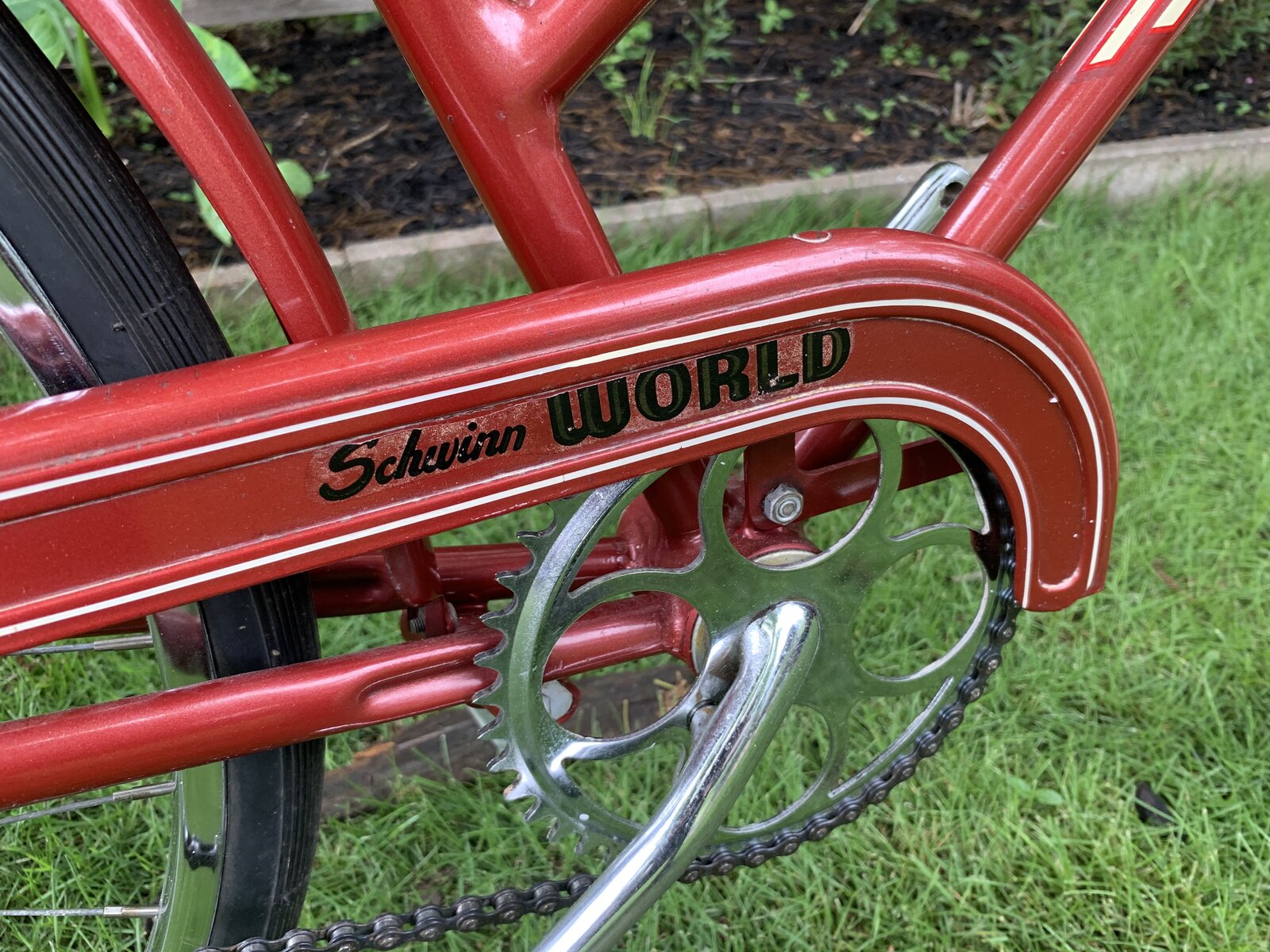 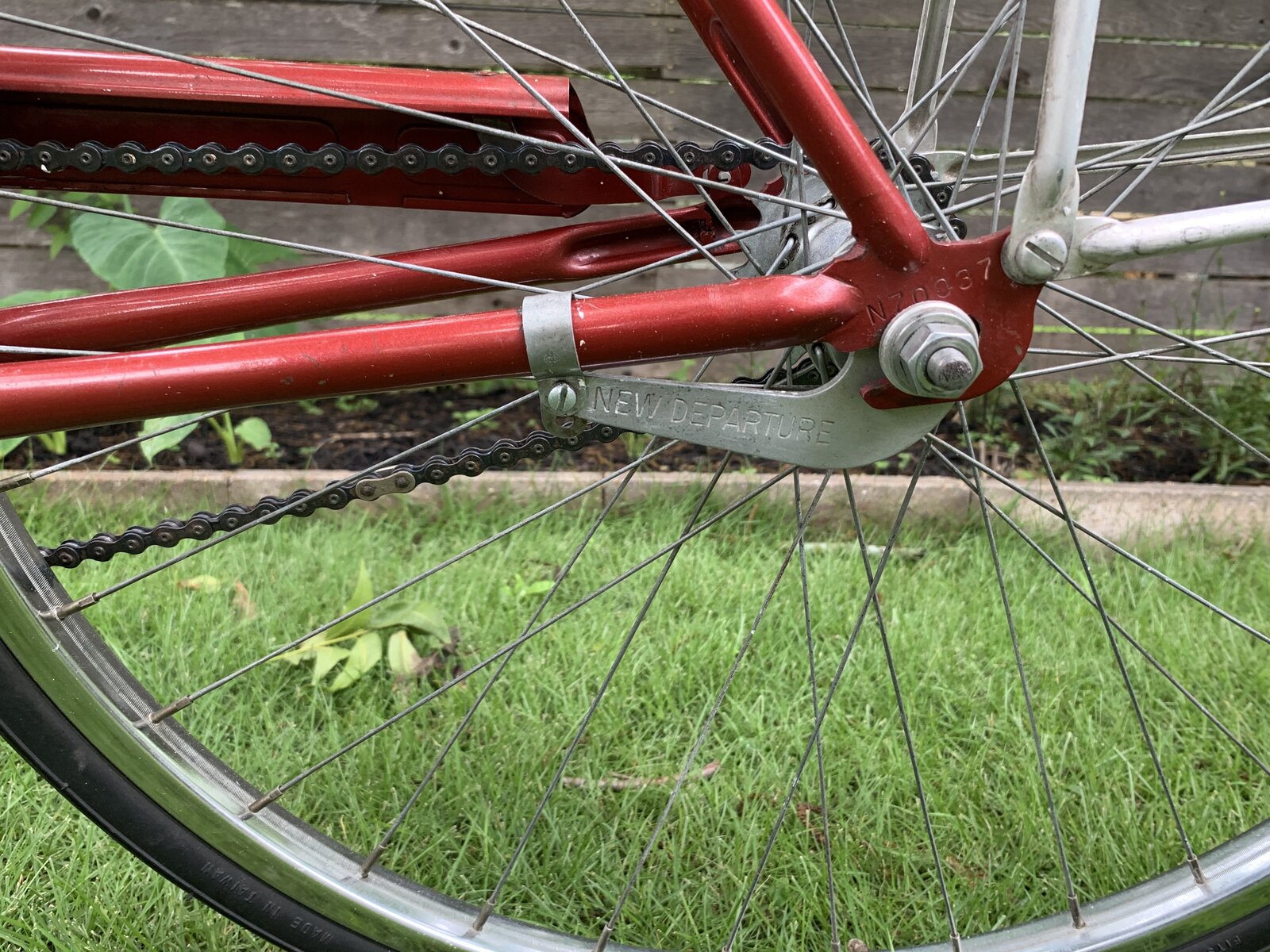 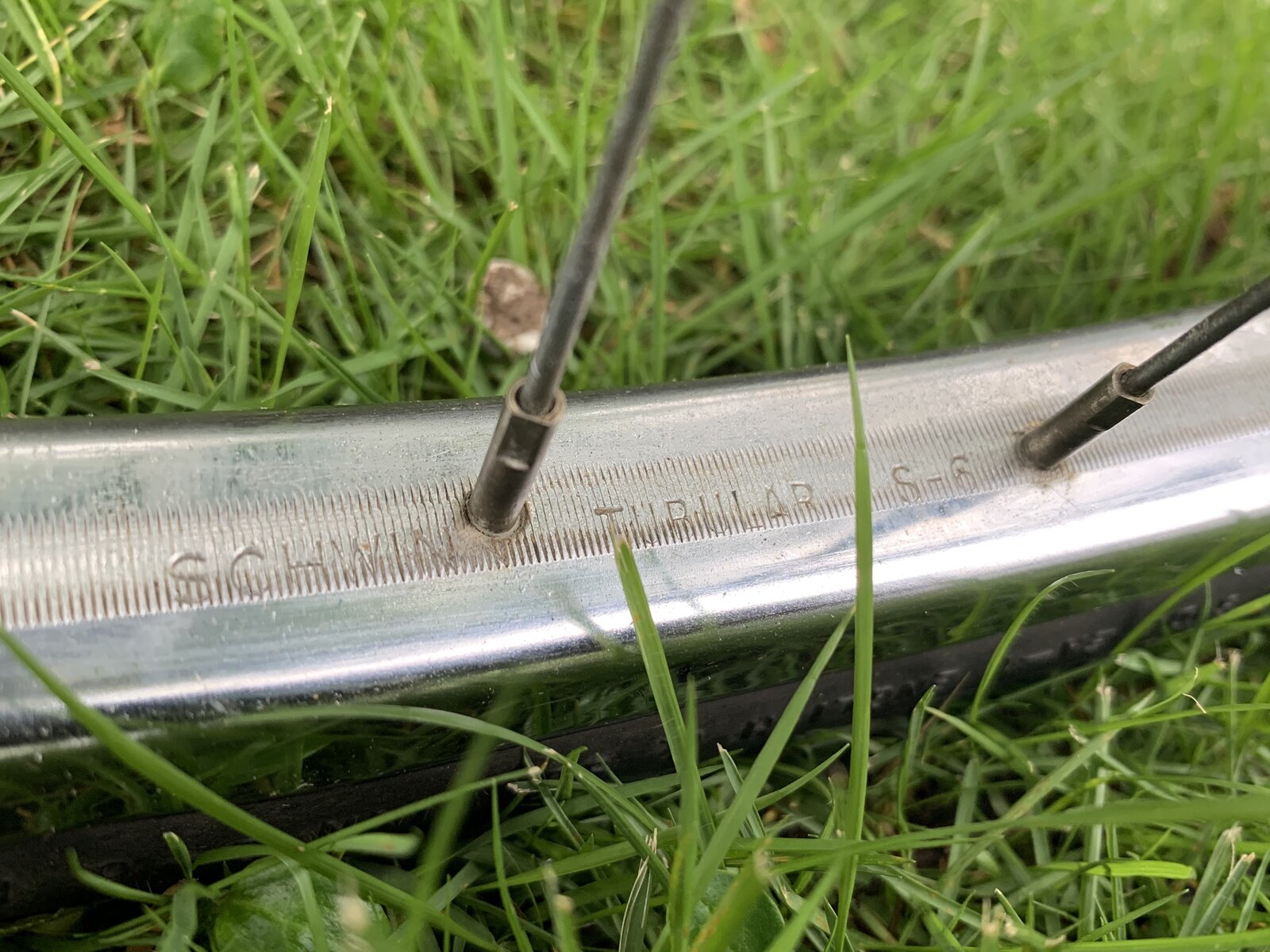 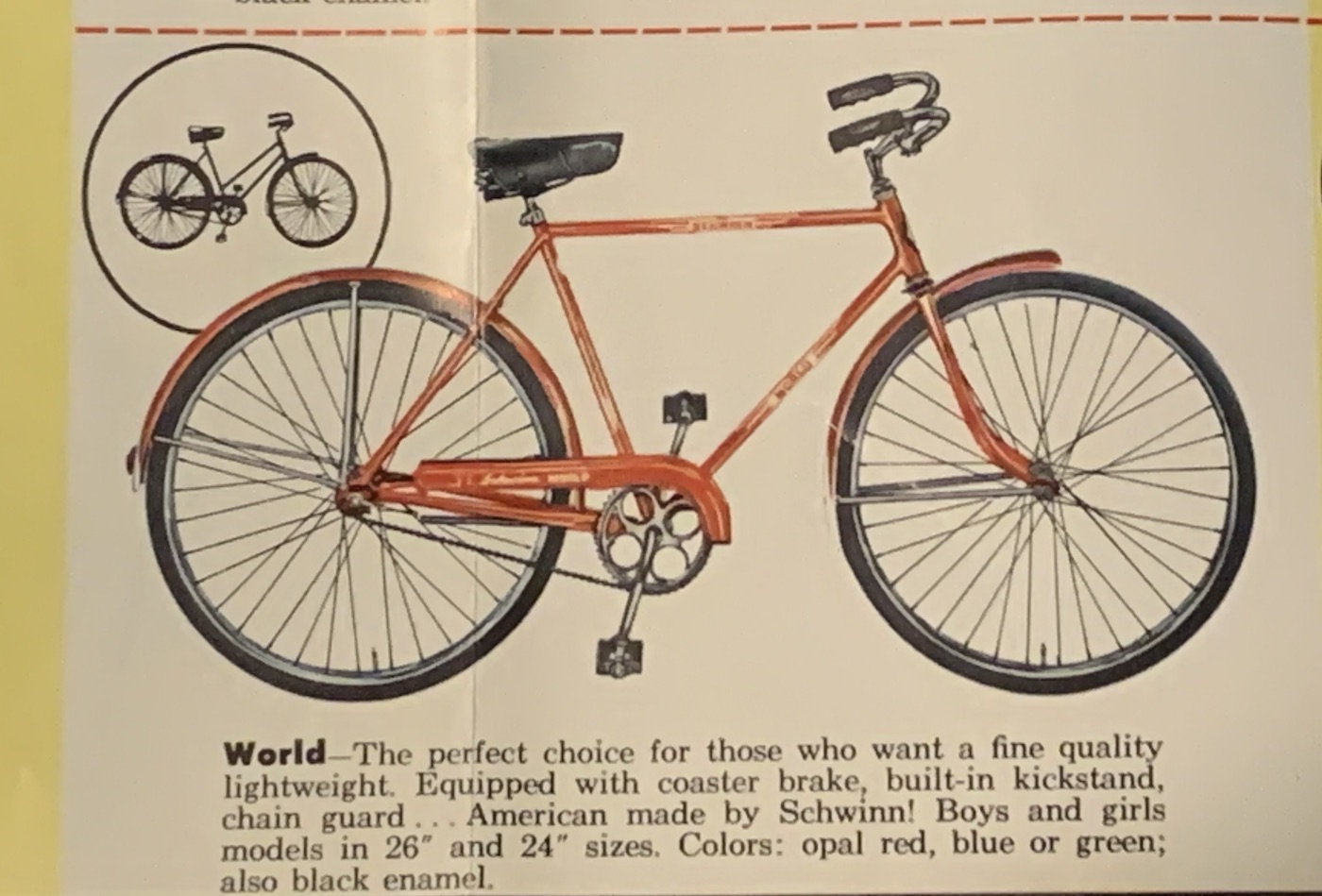 Oh my! That is absolutely stunning! Even the hubs and sprockets look showroom fresh. Pretty unbelievable condition for a 66 year old lady, and the paint and decals are remarkable. Super score on that sweet piece history.

Garage queen, as they say with used cars.

cool. many moons ago I had a girls blue one of unknown vintage, I just remember the cool fork, front fender and handlebars.

How fantastic is that? impossibly.
Even I would think twice about riding the wheels off that one.
Great bike.... Wow

I see the Worlds pop up in blue every now and then but don't really ever see this color. Here is a 1955 blue World I have archived. 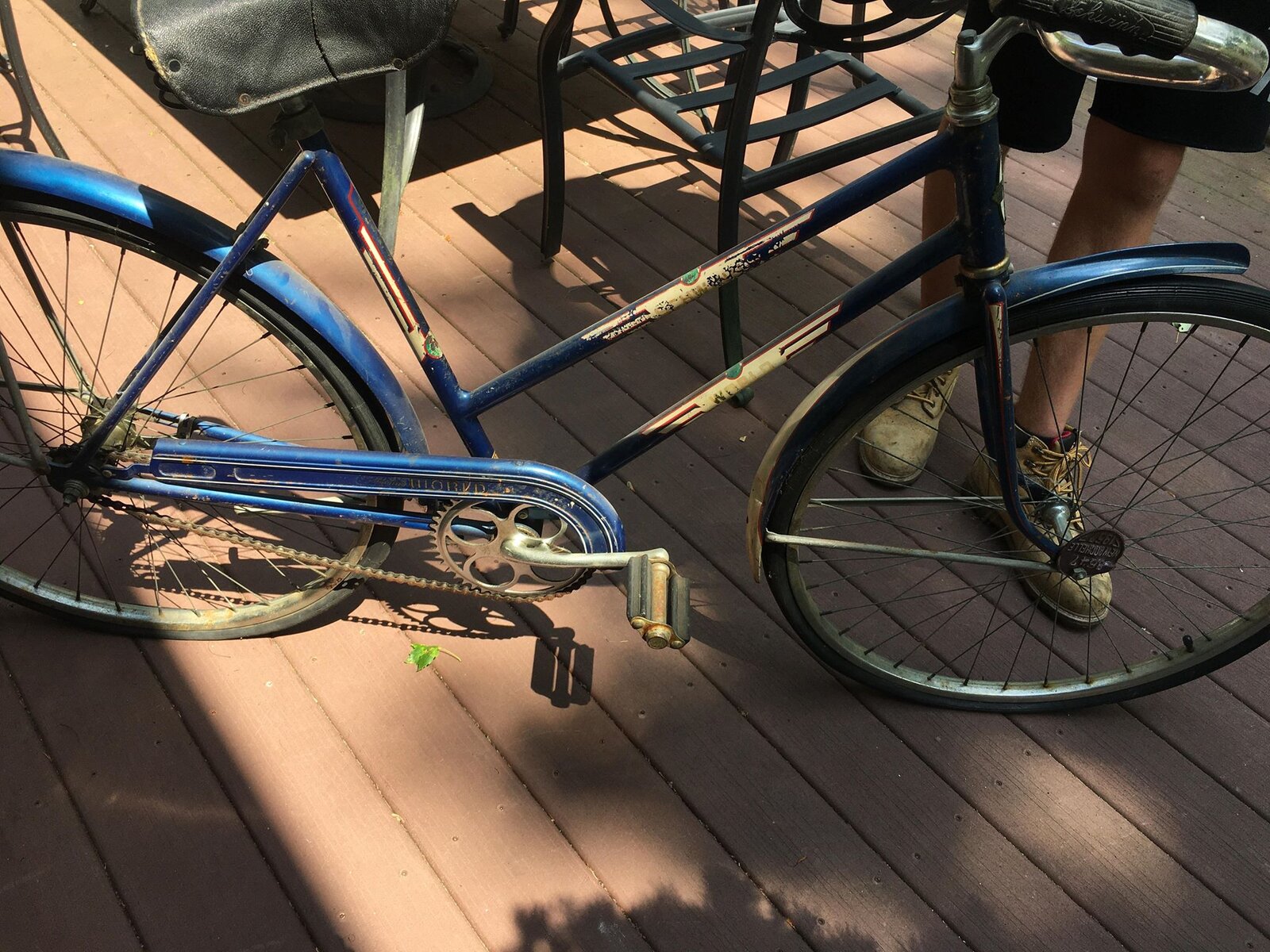 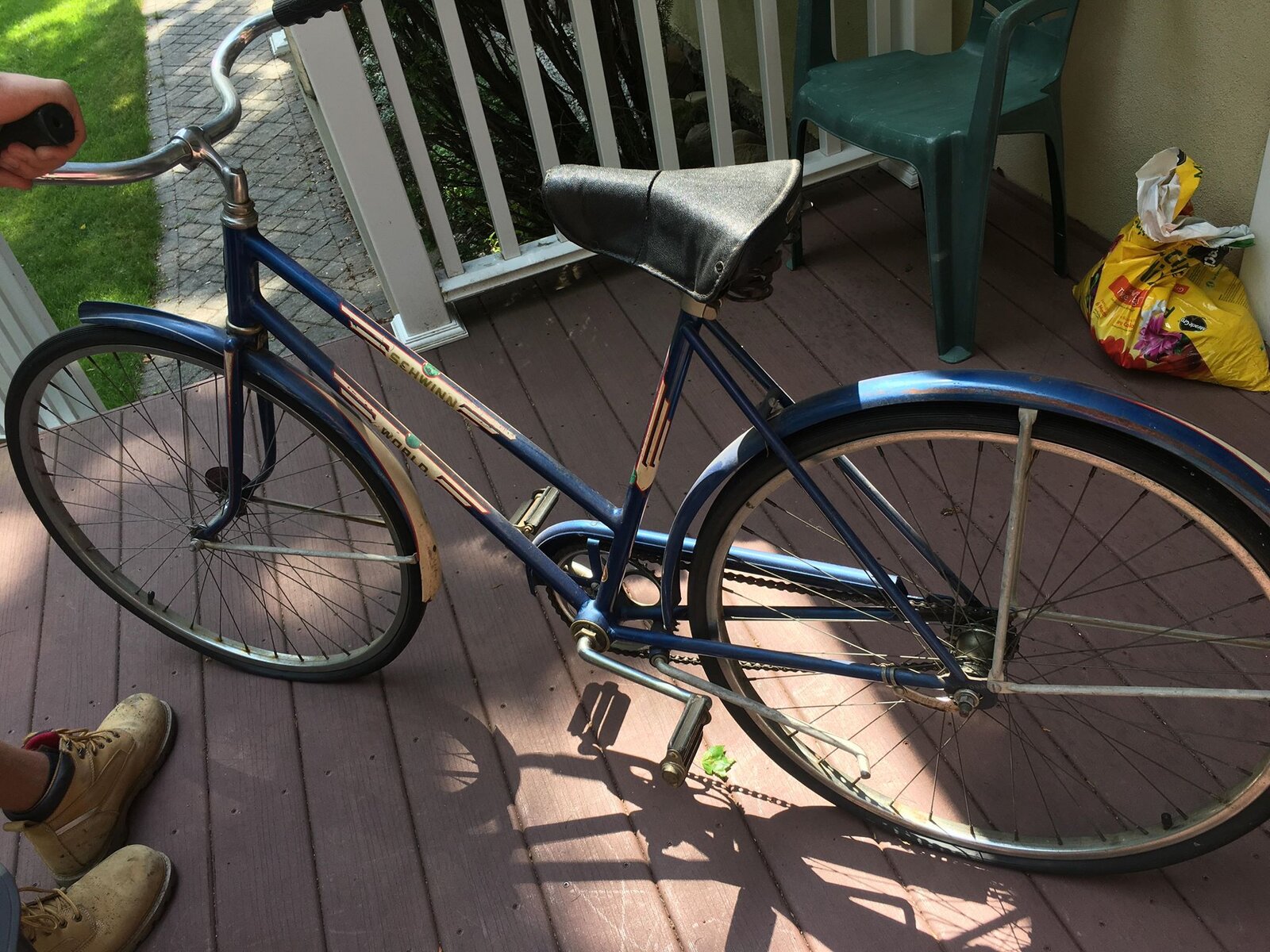