Fake is a better word for some of the reproduced stuff right?
Selling this for a buddy who doesn't sell on line.

This is the typical horror story that eventually bites everyone on the ass at some point. A friend
of mine purchased this carrier from a collector who will go unnamed and it was represented
as an original part. It is obviously a reproduction... not a Terrible one, but not a dead on
accurate one either. The owner did not want to 'make waves' and return the item after owning it for a lengthy period where he did not know it was a repop .. I would have returned it
regardless of the length of time I owned it if I found out a repop had been represented
as original to me. It just enables this nonsense to continue if you say nothing.

He is hoping to get his money back for the item, paid 300 for the rack. I'm on the fence
with 'judging' Repro items like this.... IF they are made TOO good? Then that to me is
as big a bummer as being made Not so accurate...or obviously 'repop'. What's worse?
Who knows....

My opinion has always been that the $Money$ parts are no bueno to repop because situations
like this will occur down the line as the "lines' get blurred and people get screwed.

Here is a classic instance of someone getting screwed by repop + dishonesty..
THAT being said....
300 bux for the repro aerocycle rack PLUS postage...

Payments can be made Check/MO/Paypal to the owner of the part which I will provide
to purchaser... Item is in my possession and I will ship... just helping out a fellow collector
get something un needed down the road 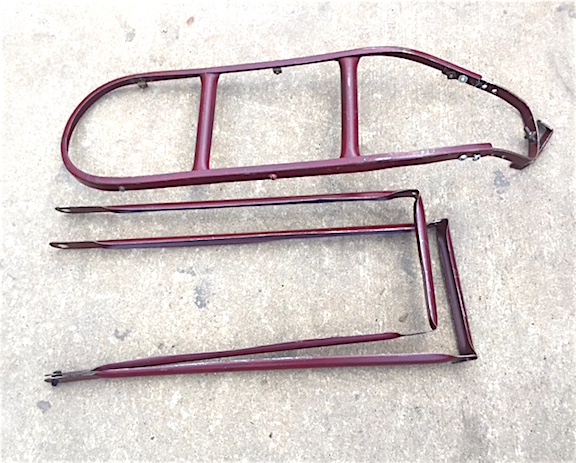 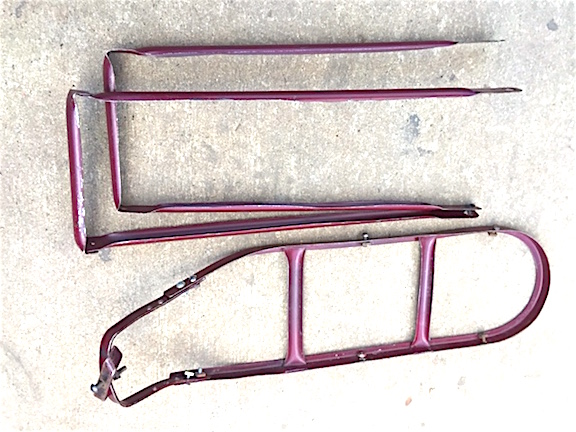 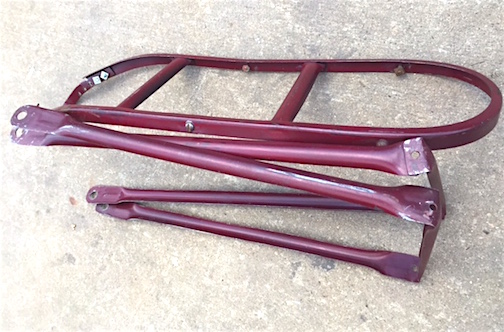 Sent from my SM-J700P using Tapatalk

Bob, what is/are the most glaring differences between a fake rack like this one and a real deal rack? I think this would be valuable info.
Looking for:
......???

This is one thing I will give the oldschool BMX guys credit for is that with the over-abundance of repop parts in that world, there is extensive information and knowledge out there regarding how to tell real from fake. In the prewar/post war collector bicycle world, its a little more touch-n-go unless you just have been around the block long enough to know.

I know we have all seen the be careful third part sellers etc. post. I know Bob personally, cool, stand up guy and I’m sure most of you know of him, the seat guy. If you are hesitant too purchase don’t be!!! Bob is good people and has helped me immensely.
You must log in or register to reply here.
Share:
Facebook Reddit Pinterest Tumblr Email Share Link
Top