This is one of the bikes I picked up at the recent MLC show. The man I bought it from, had bought it at the show and wasn't planning on selling it, but we were able to work out a deal. I posted a few "as found" pics in the Sunday Show n Tell thread that weekend, and wanted to post here to show some before and after pics.
There were a few things that drew me to this bike. I've seen the Columbia dashboard bikes, but never realized there were Elgin dashboard bikes out there, as I had never seen one. Another thing I like about it, is the Gunmetal color, again, something I've never seen before. And finally, the personal touches that were added, headlight, plunger horn, rack and chainguard.
The only things I changed, were the saddle and tires/tubes. I bought this Elgin stamped long spring saddle right after buying the bike. It came off an Elgin Twin 30, but looks pretty darn close to what the catalog pic shows. And I added the whitewalls because it shows whitewalls in the catalog pic, and I like the look with the Gunmetal color and the accessories.
I just ended up doing a light cleaning, degreased/regreased the hubs, and cleaned the caked up grease off the chain. Straightened up the rack a bit, as it was bent in the middle from someone riding on it. And replaced the saddle and tires as mentioned above. Unfortunately there was no paint left under the heavily rusted areas on the rear fender and a couple spots on the frame. But I cleaned those areas up some, and it is what it is.
I'm going to attempt to glue the left grip back together as it is ready to fall apart (the reason for the tape) and if I can repair the tool bag I'll put that back on. Otherwise, I think it's done. I am very pleased with how it turned out, and it rides beautifully.

Here are some before and after pics. Unfortunately, the "before" pics aren't that great. I was rushing because it looked like it was going to rain, and the sun came out very briefly. I hurried up and took what pics I could with the sun shining on it. I made sure to take better "after" pics. 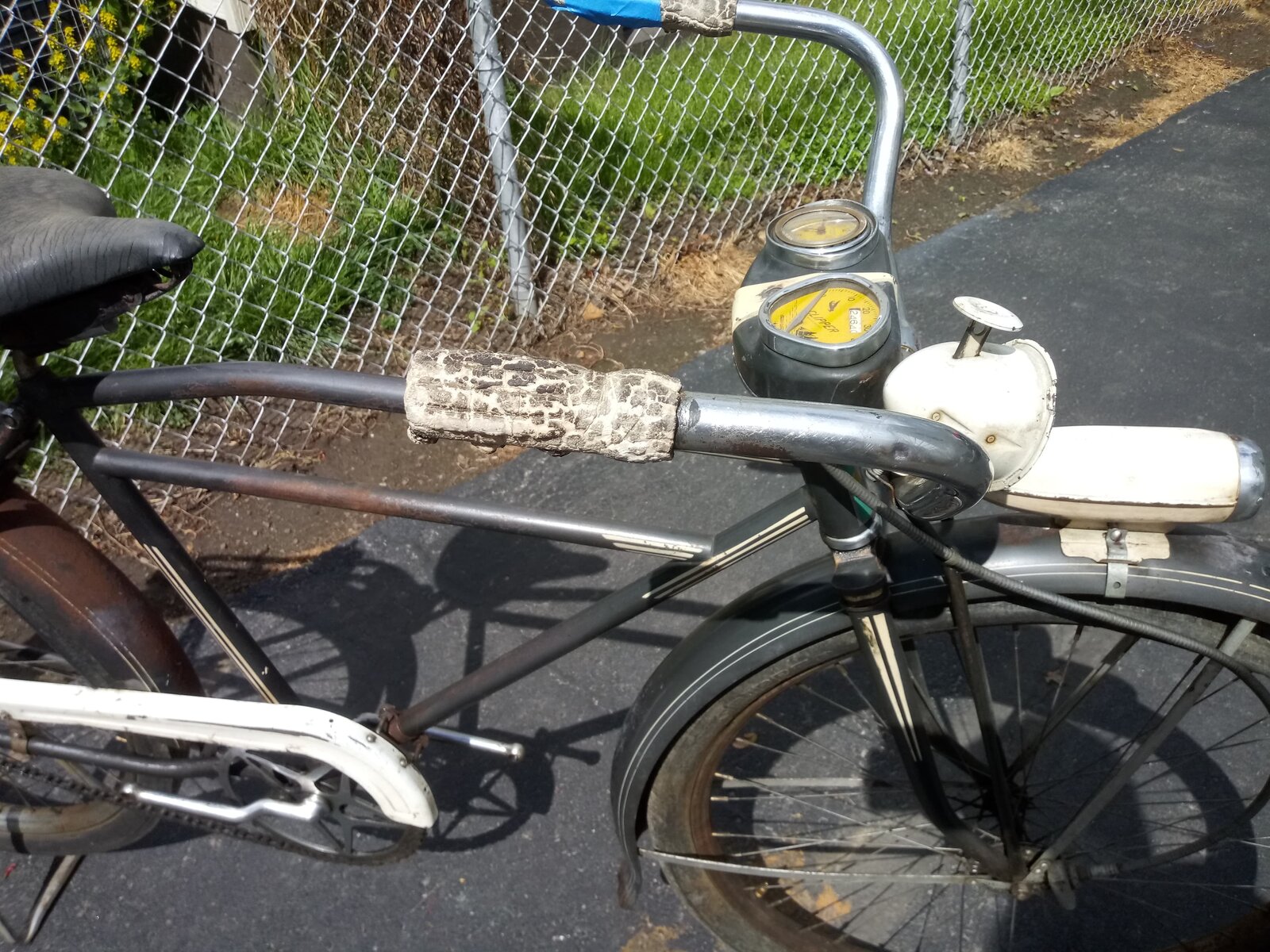 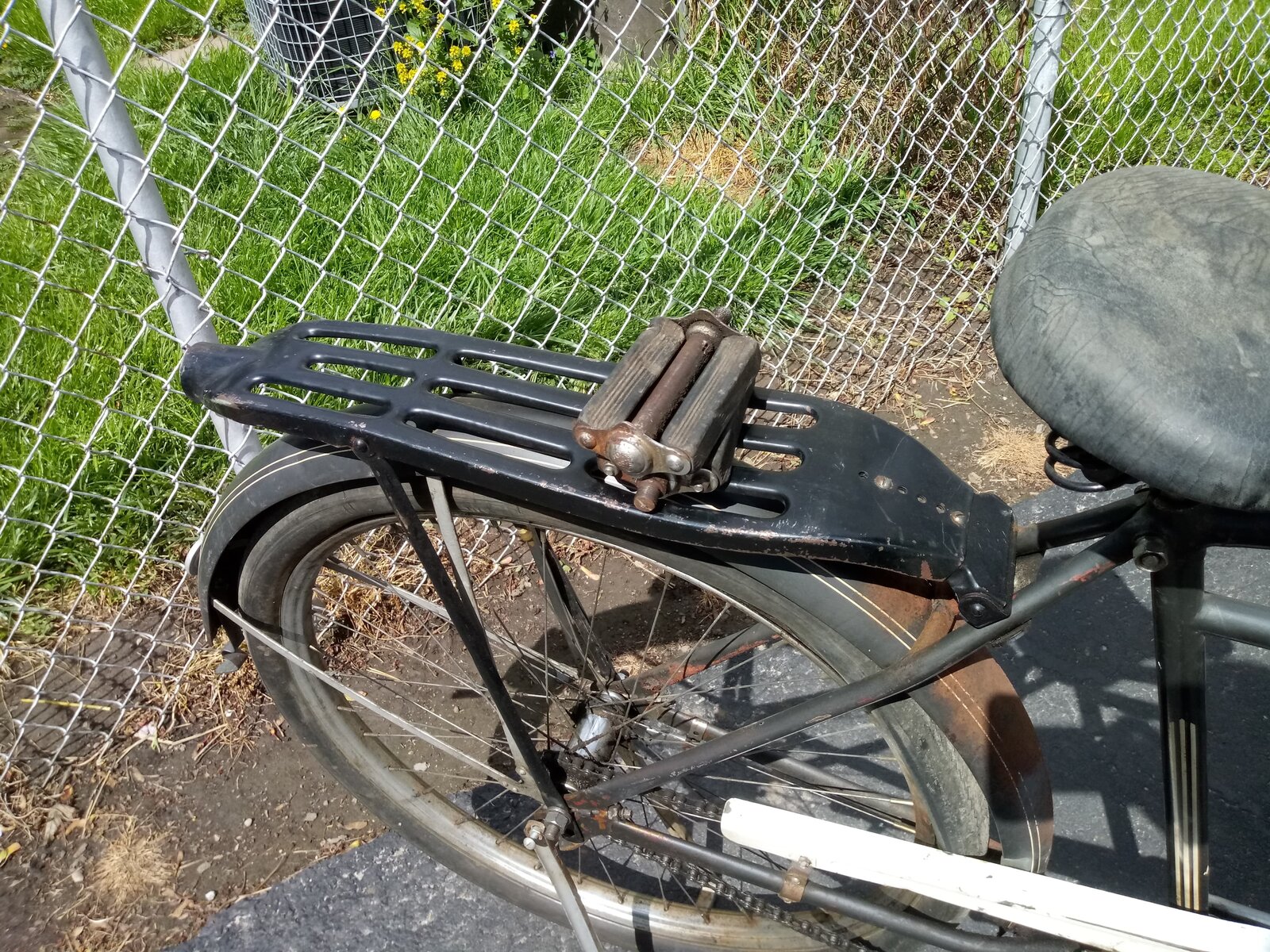 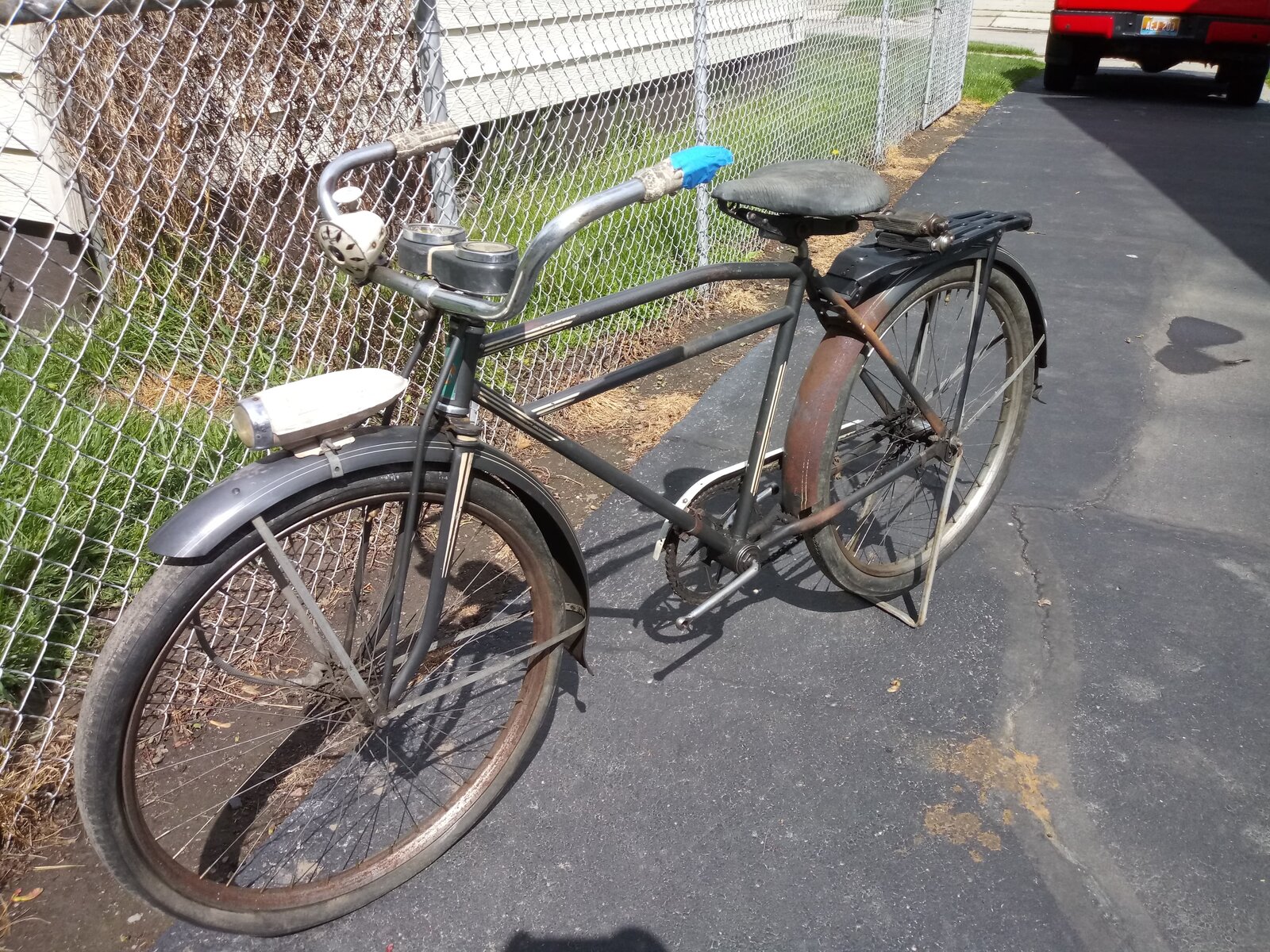 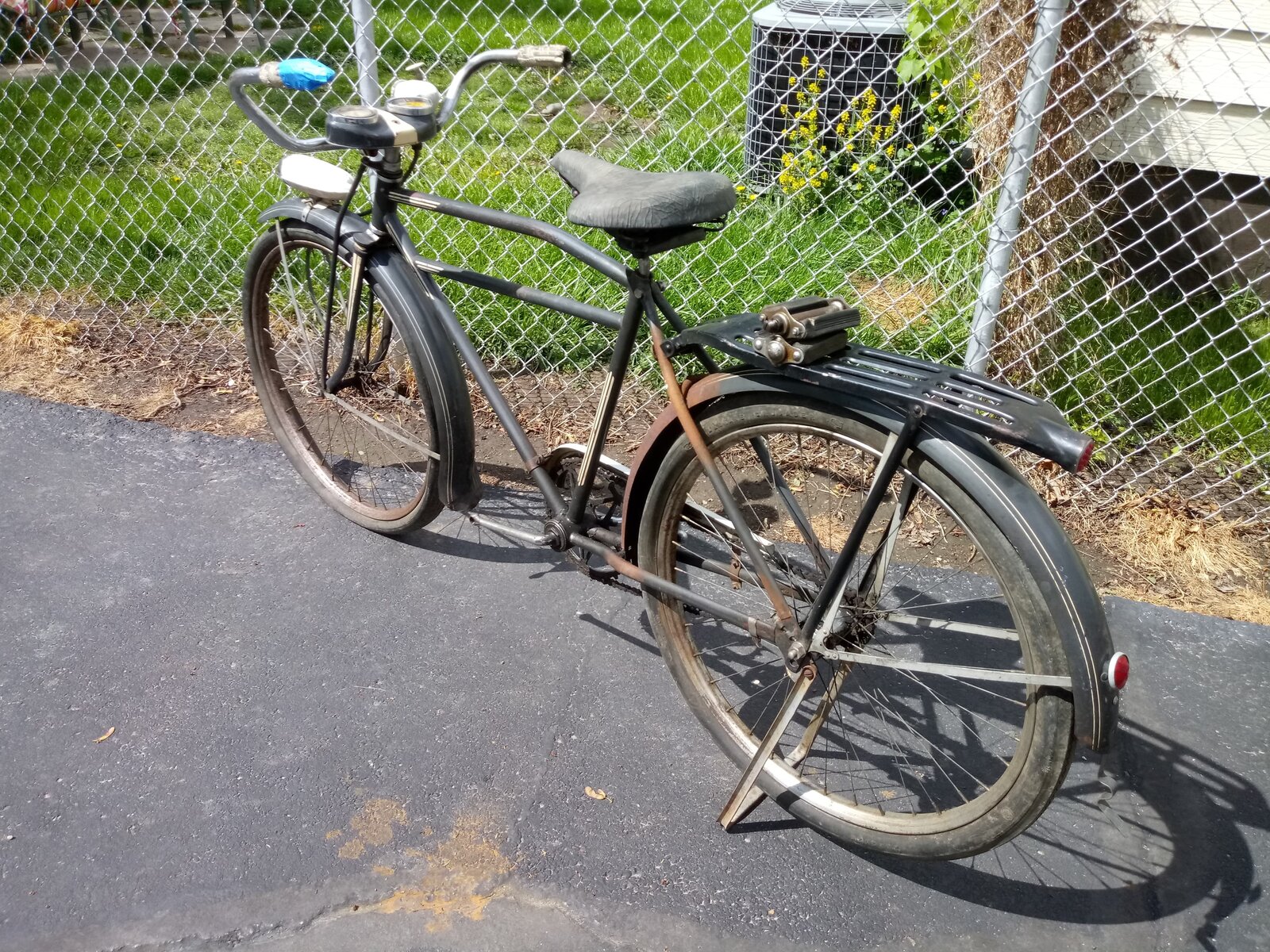 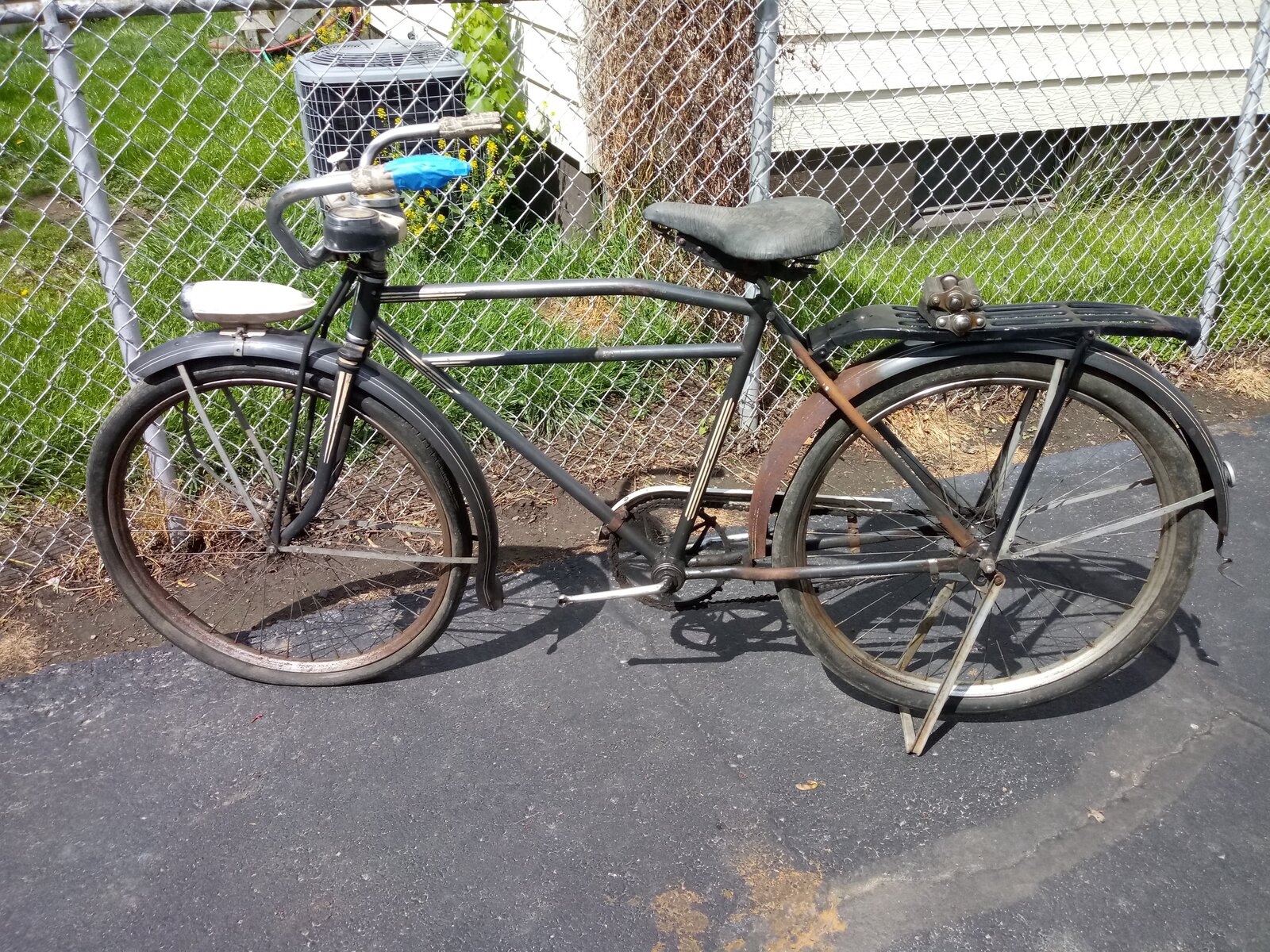 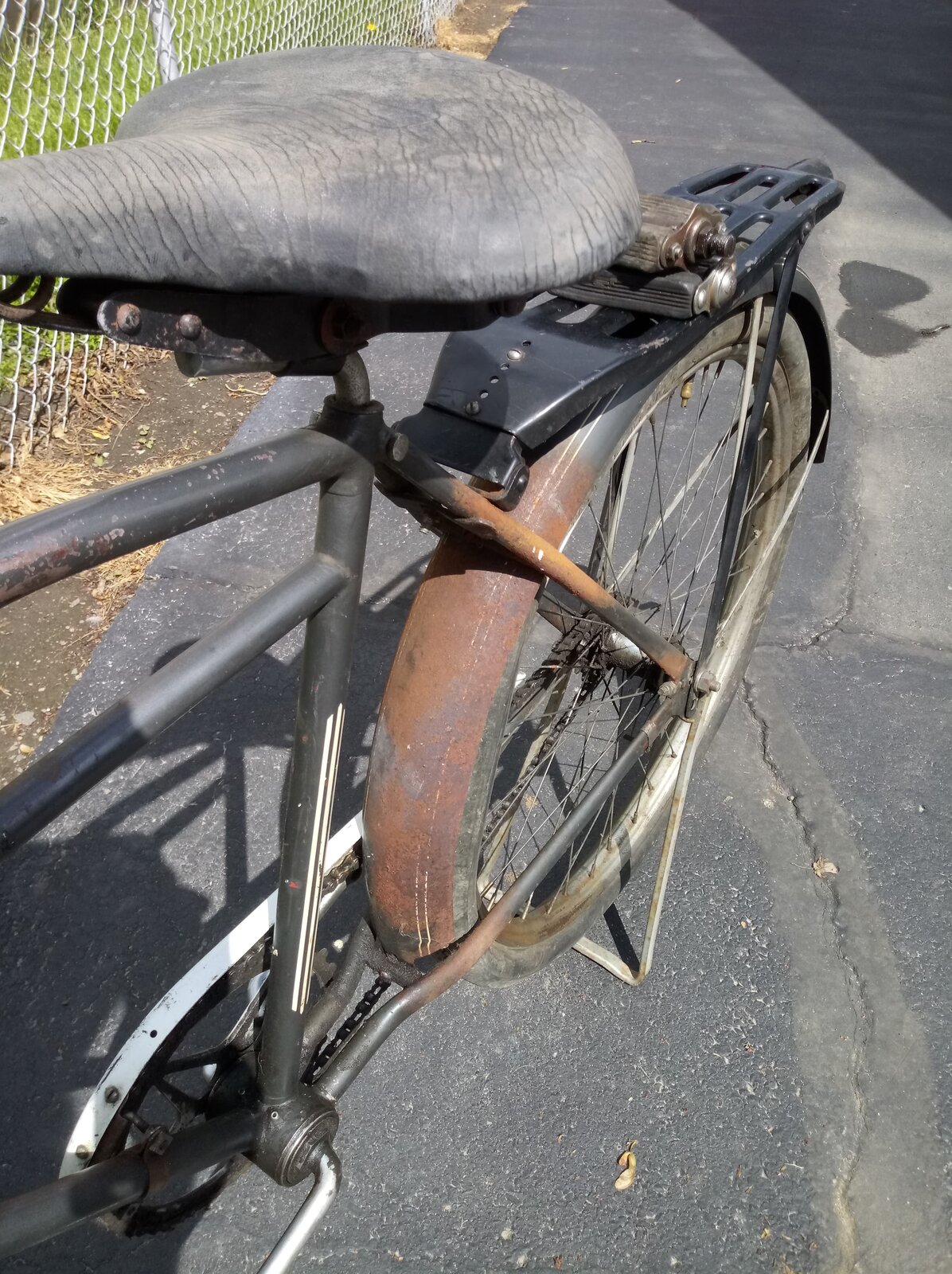 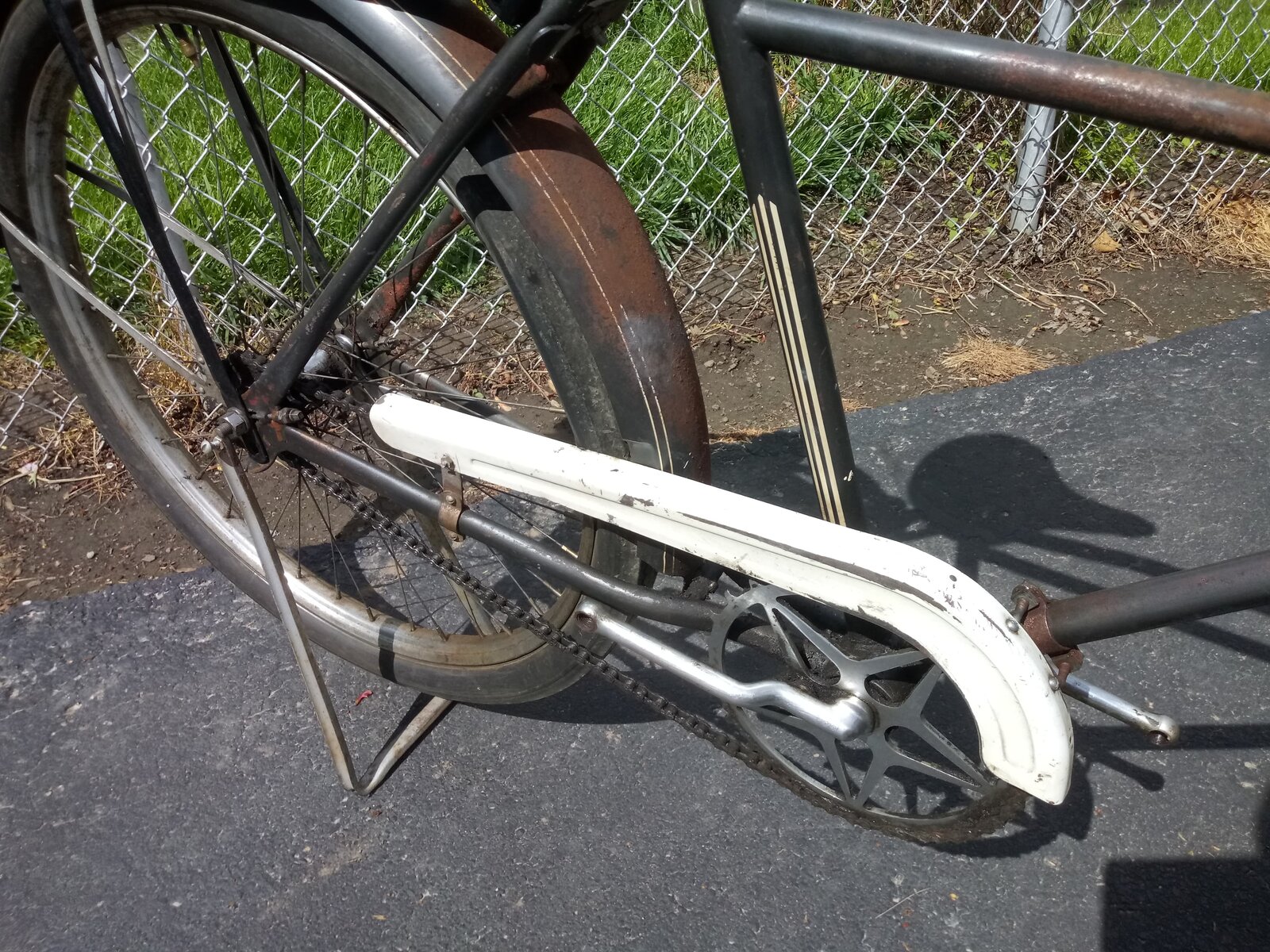 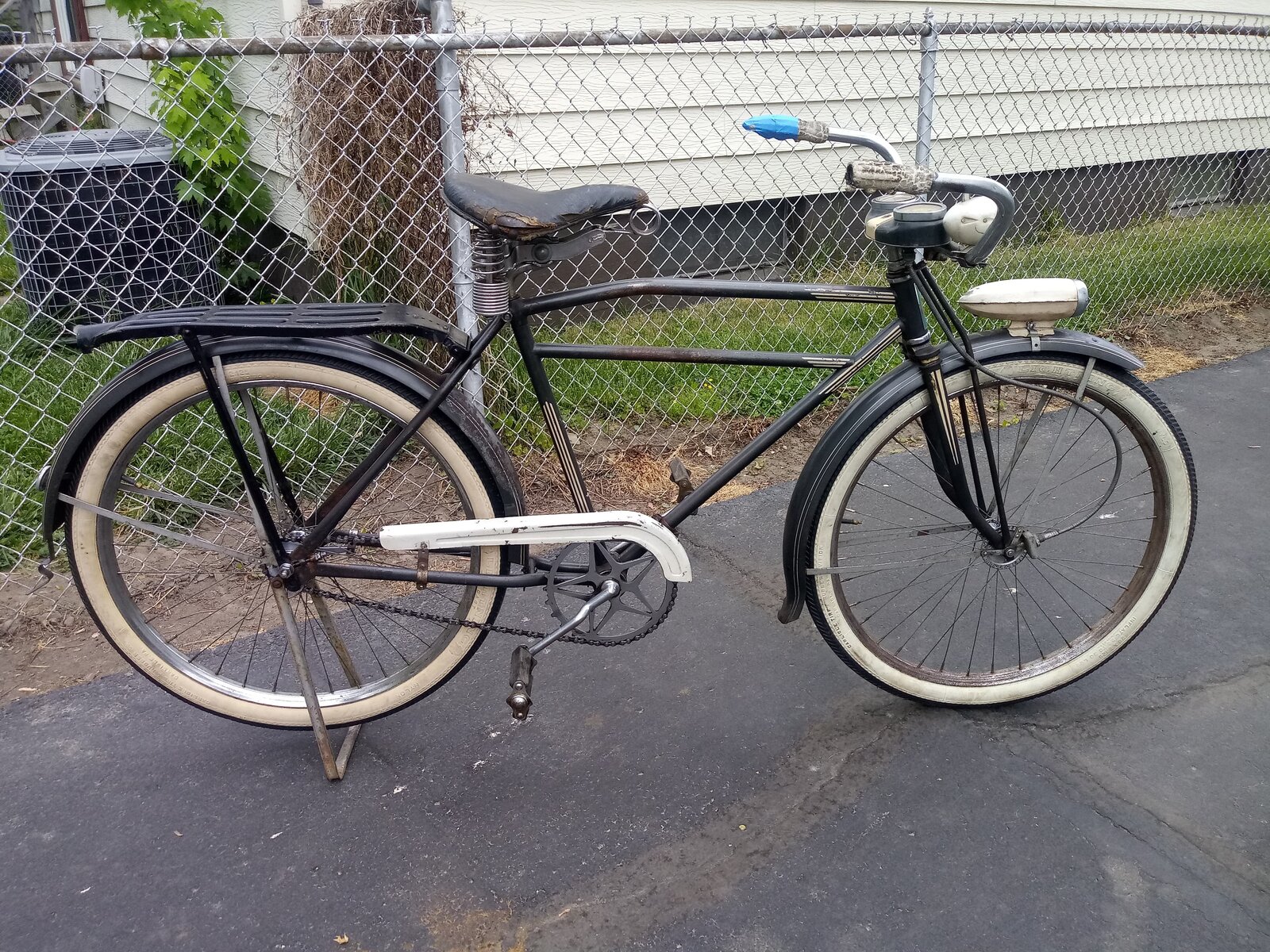 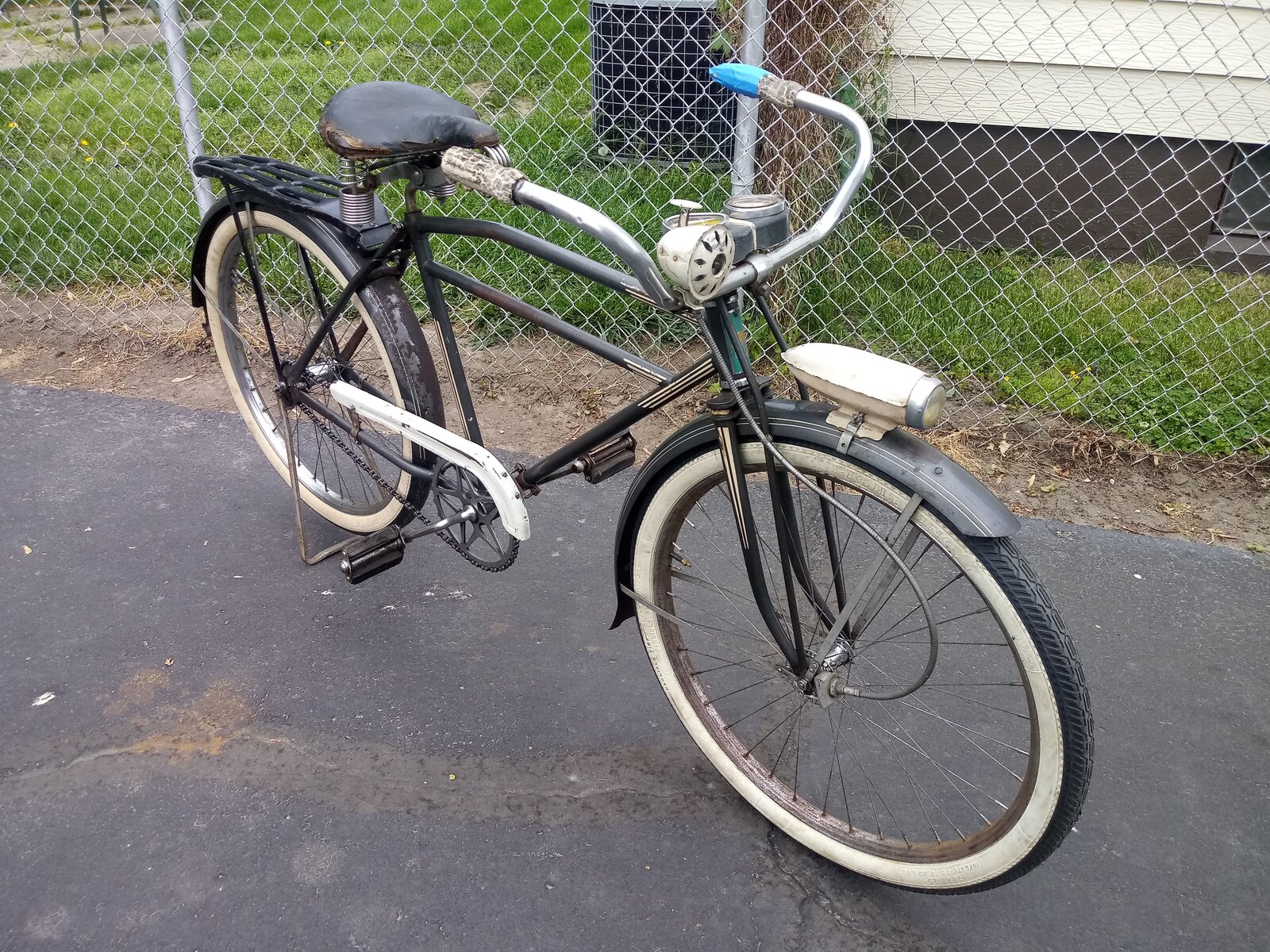 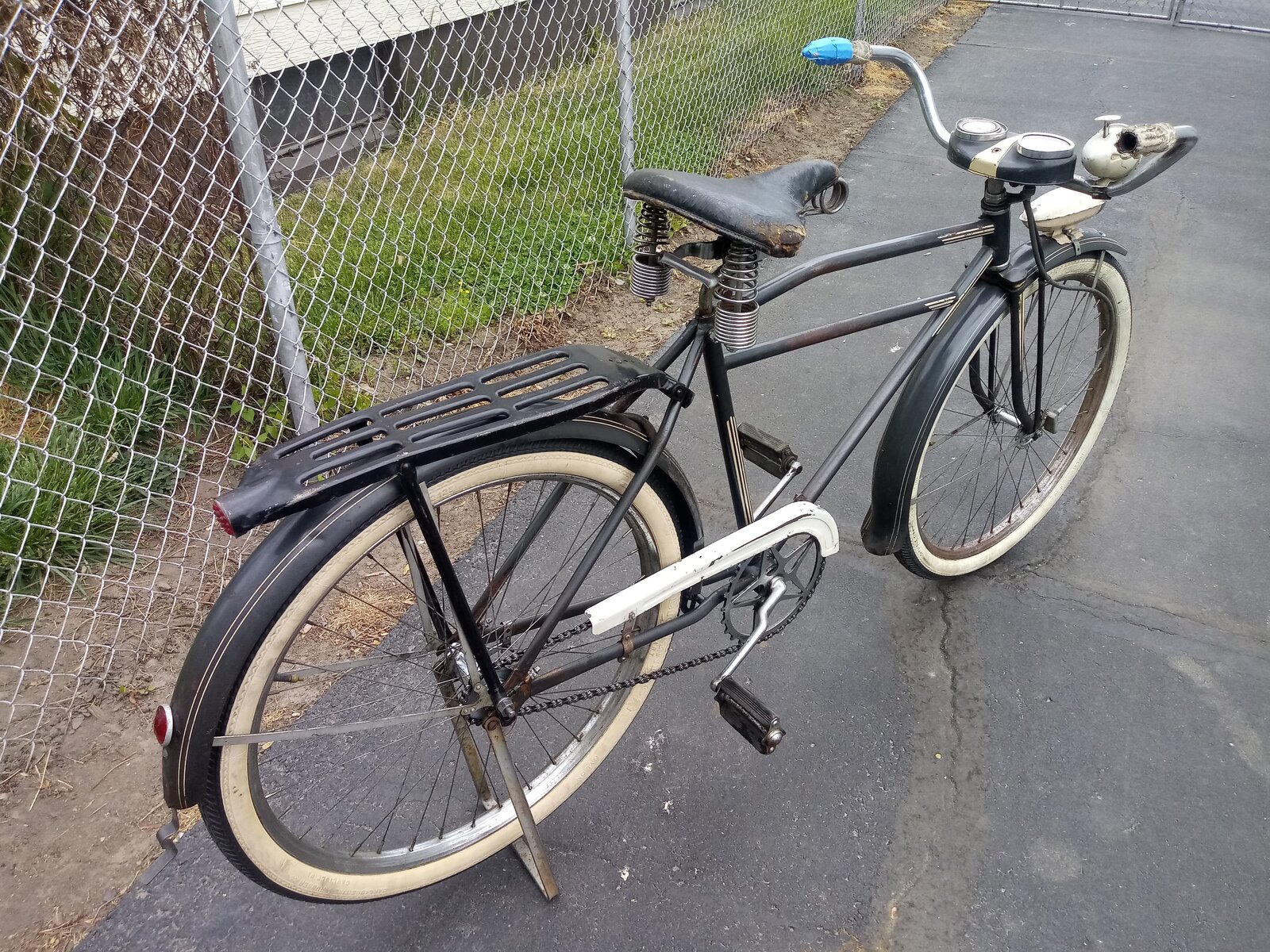 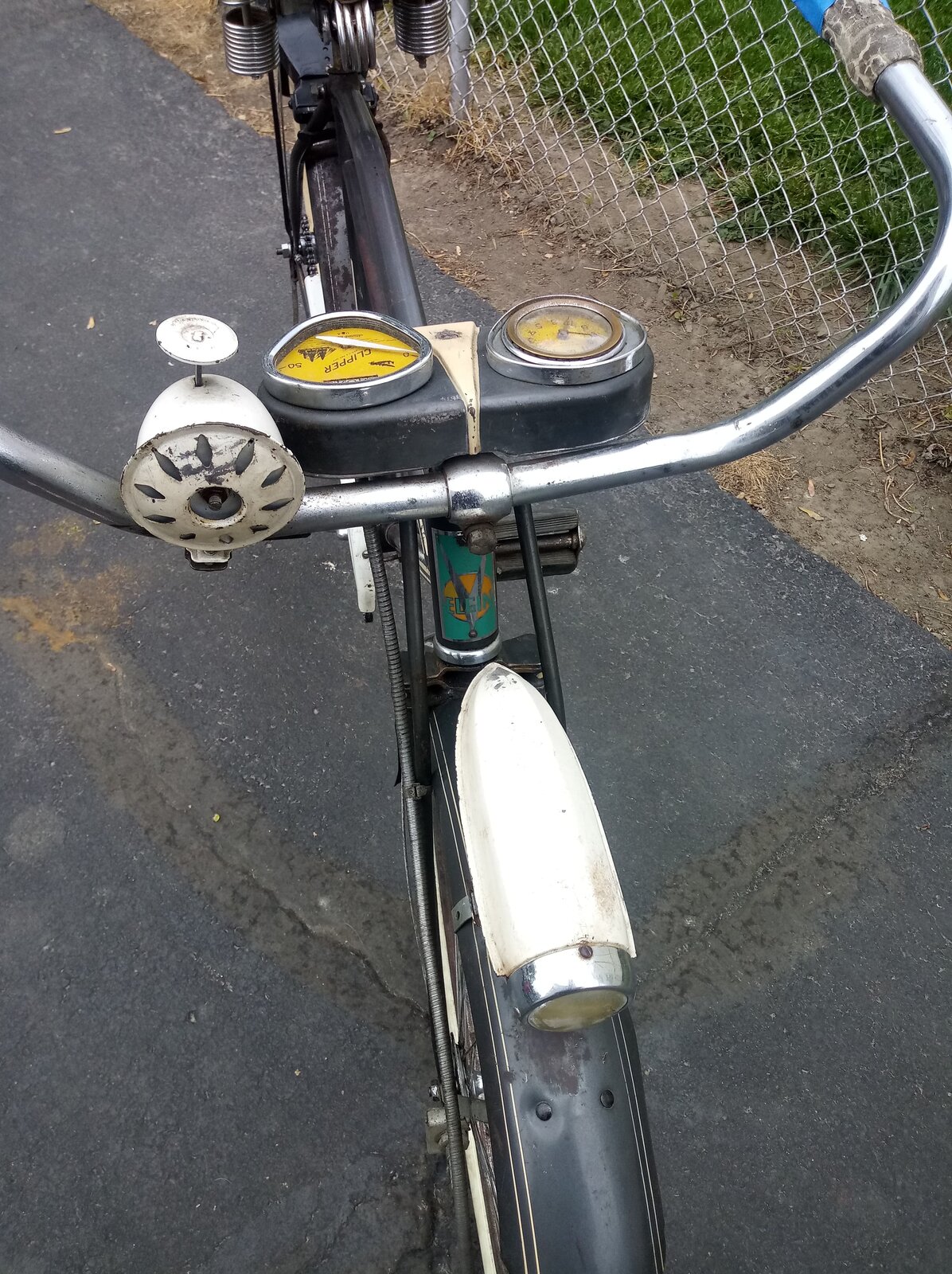 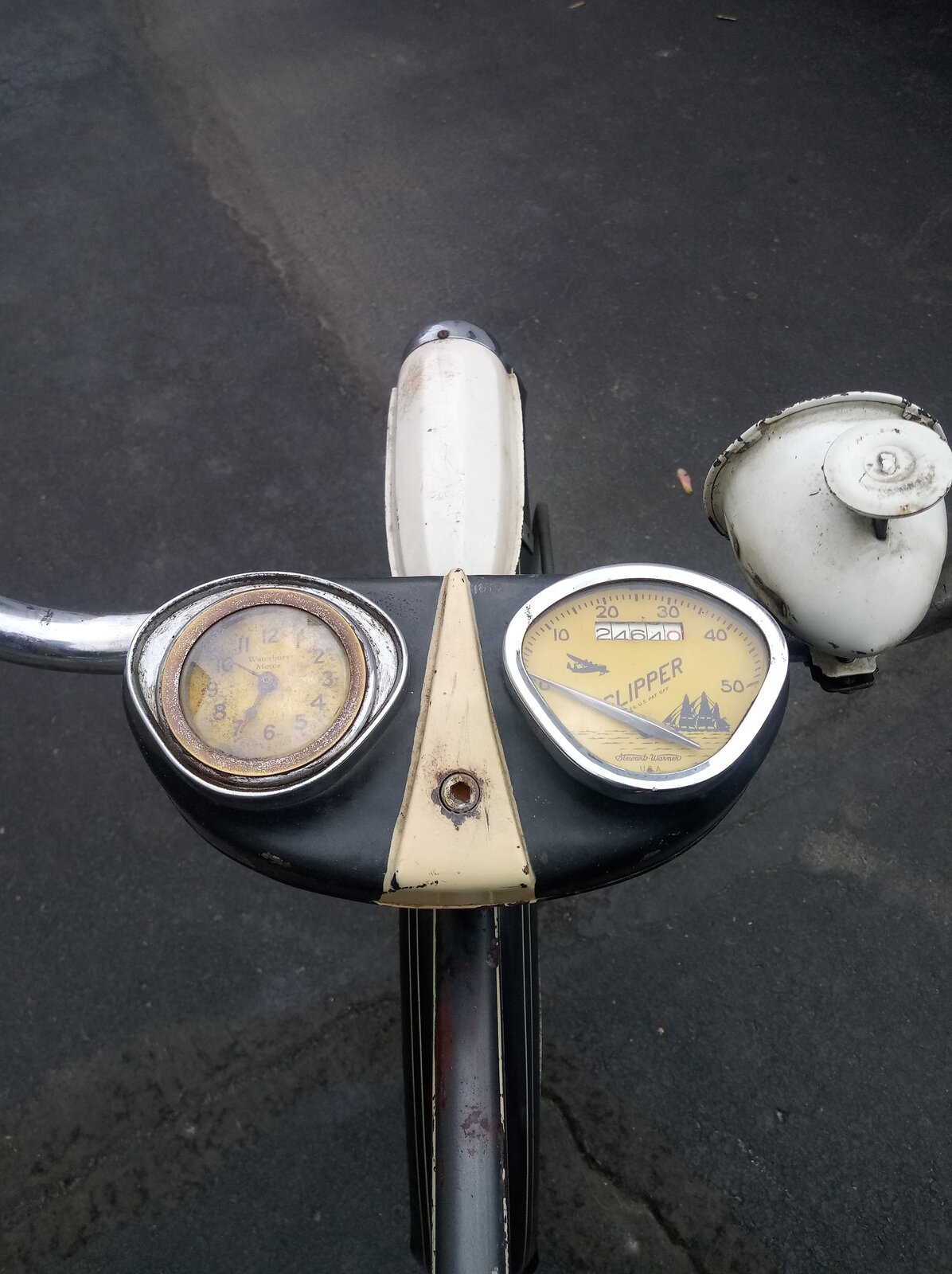 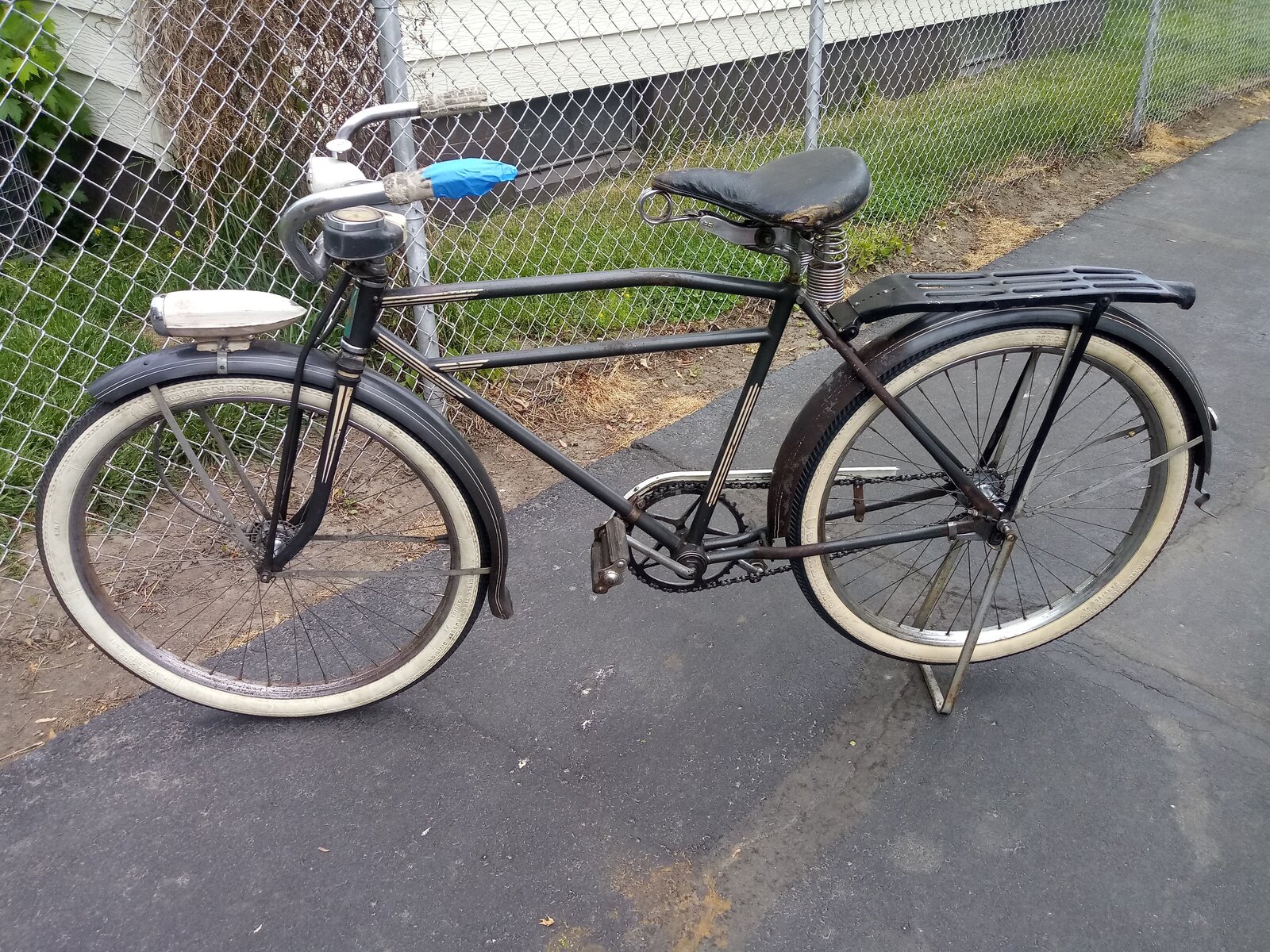 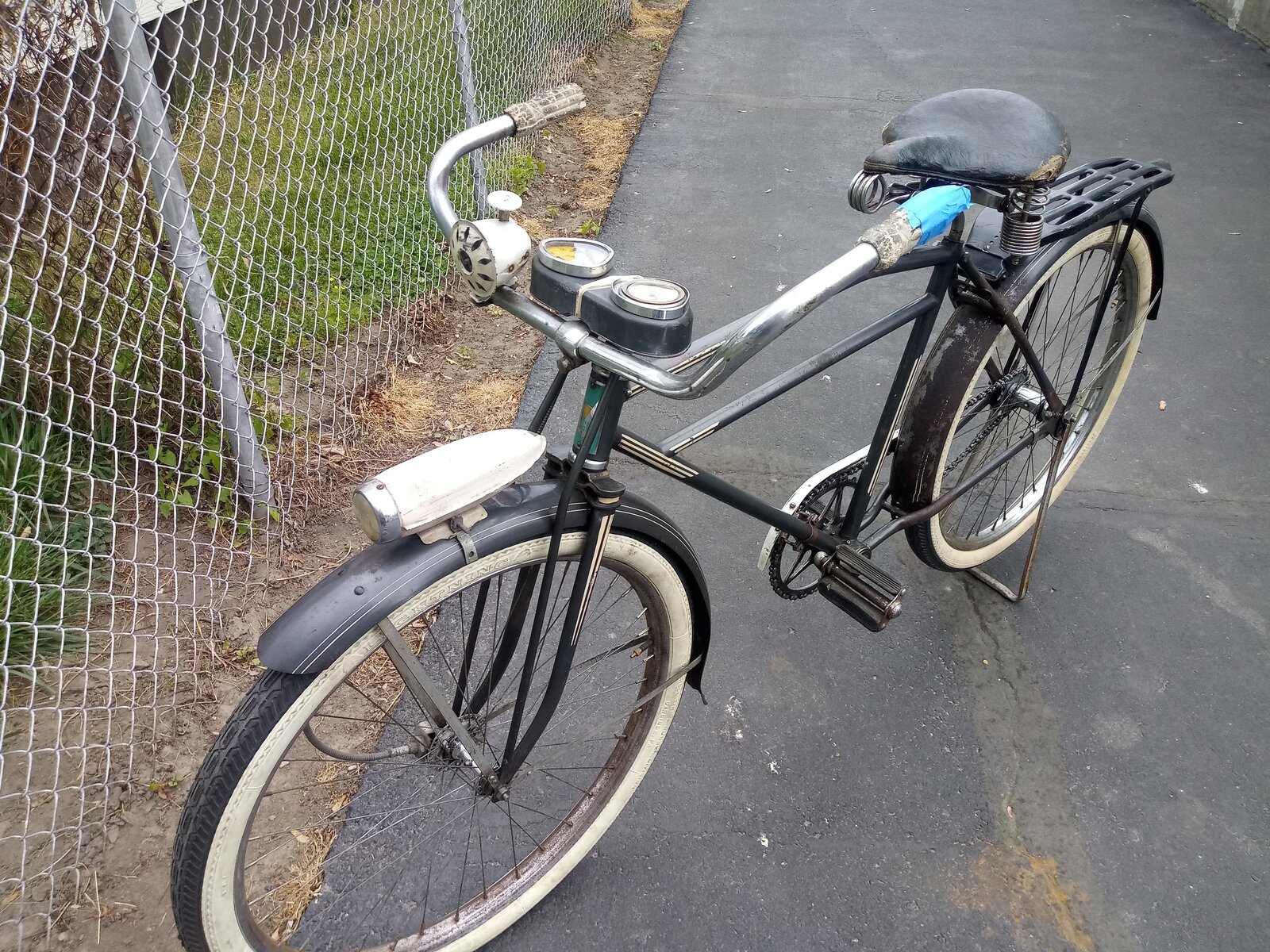 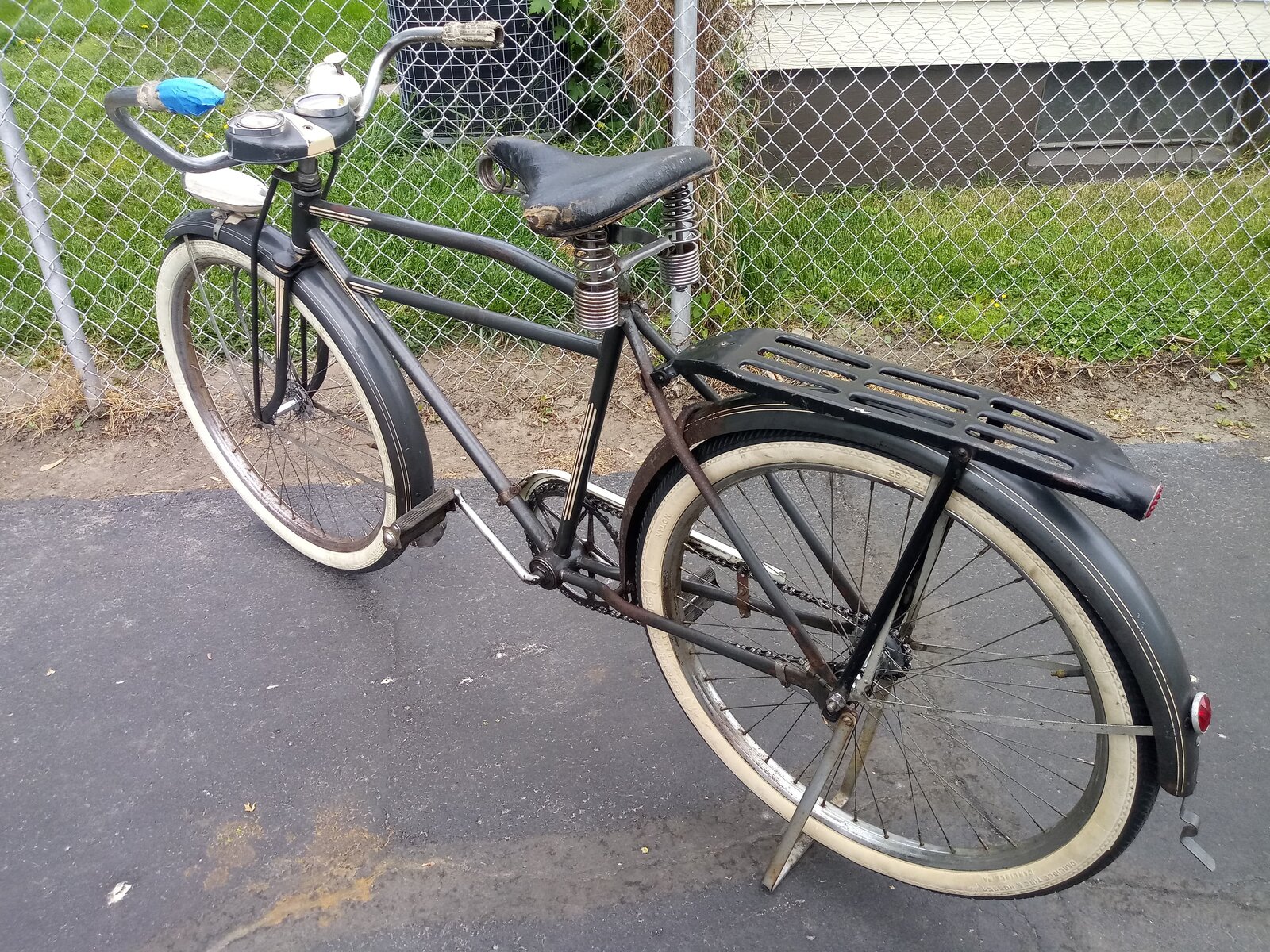 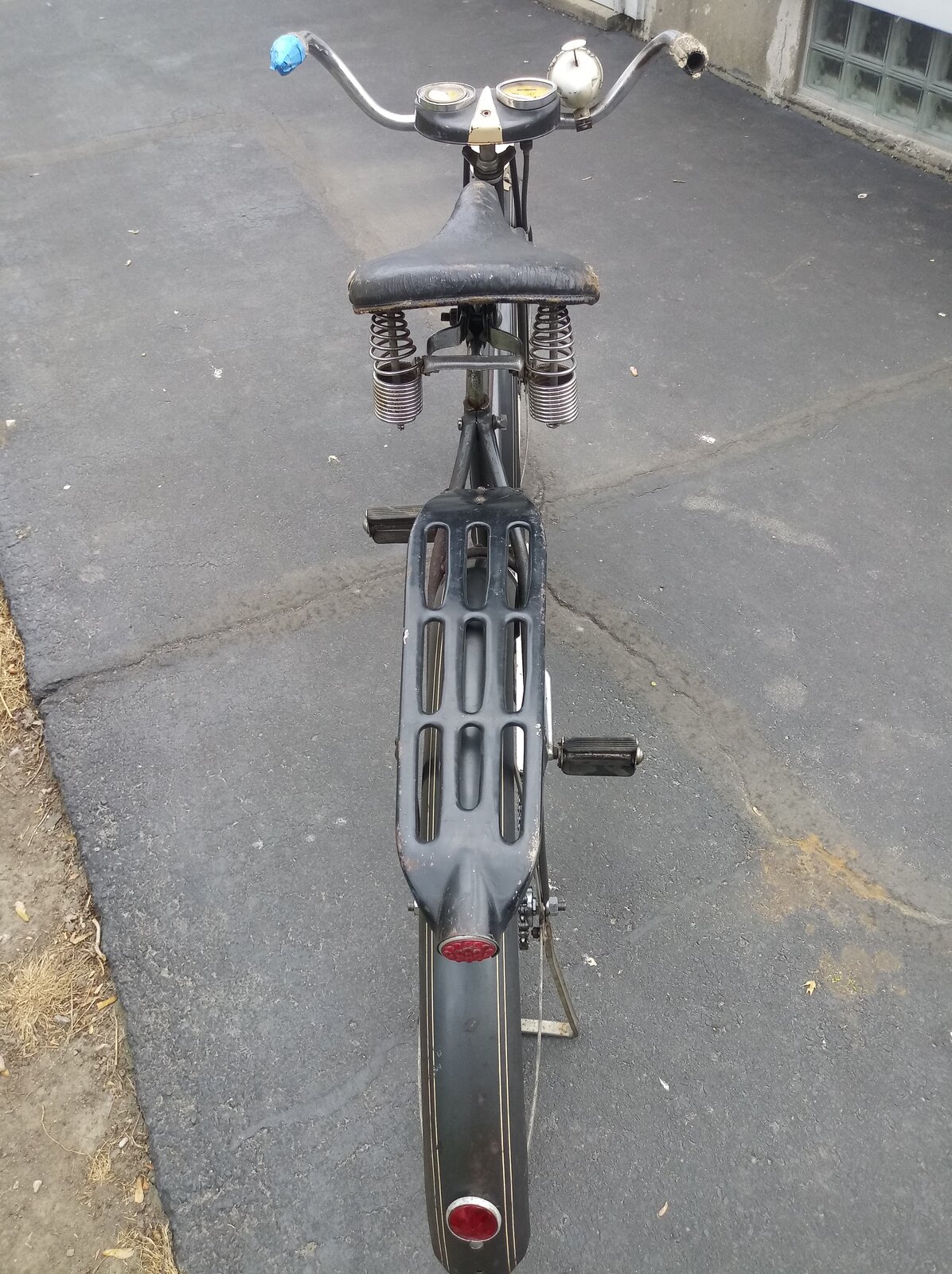 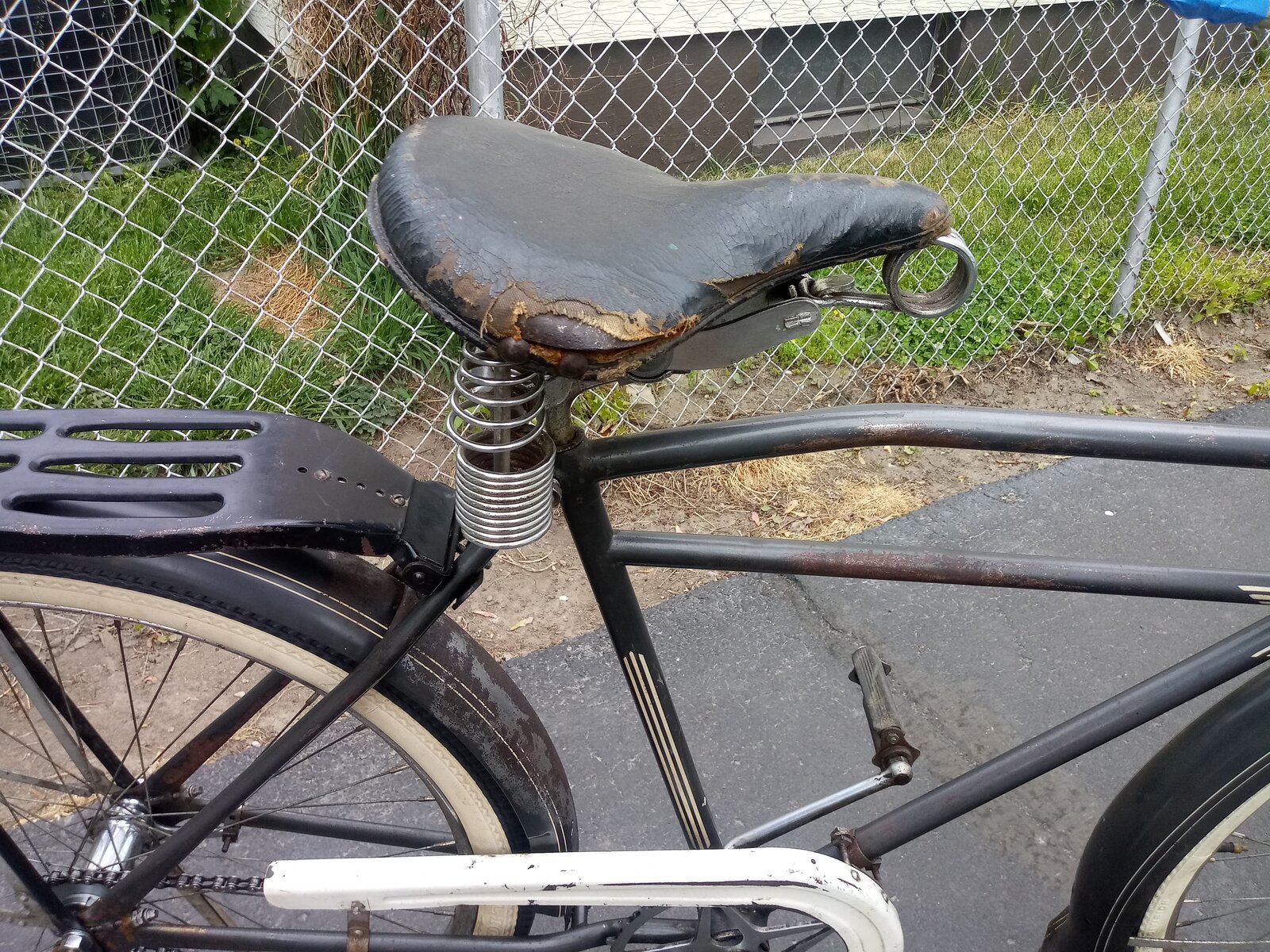 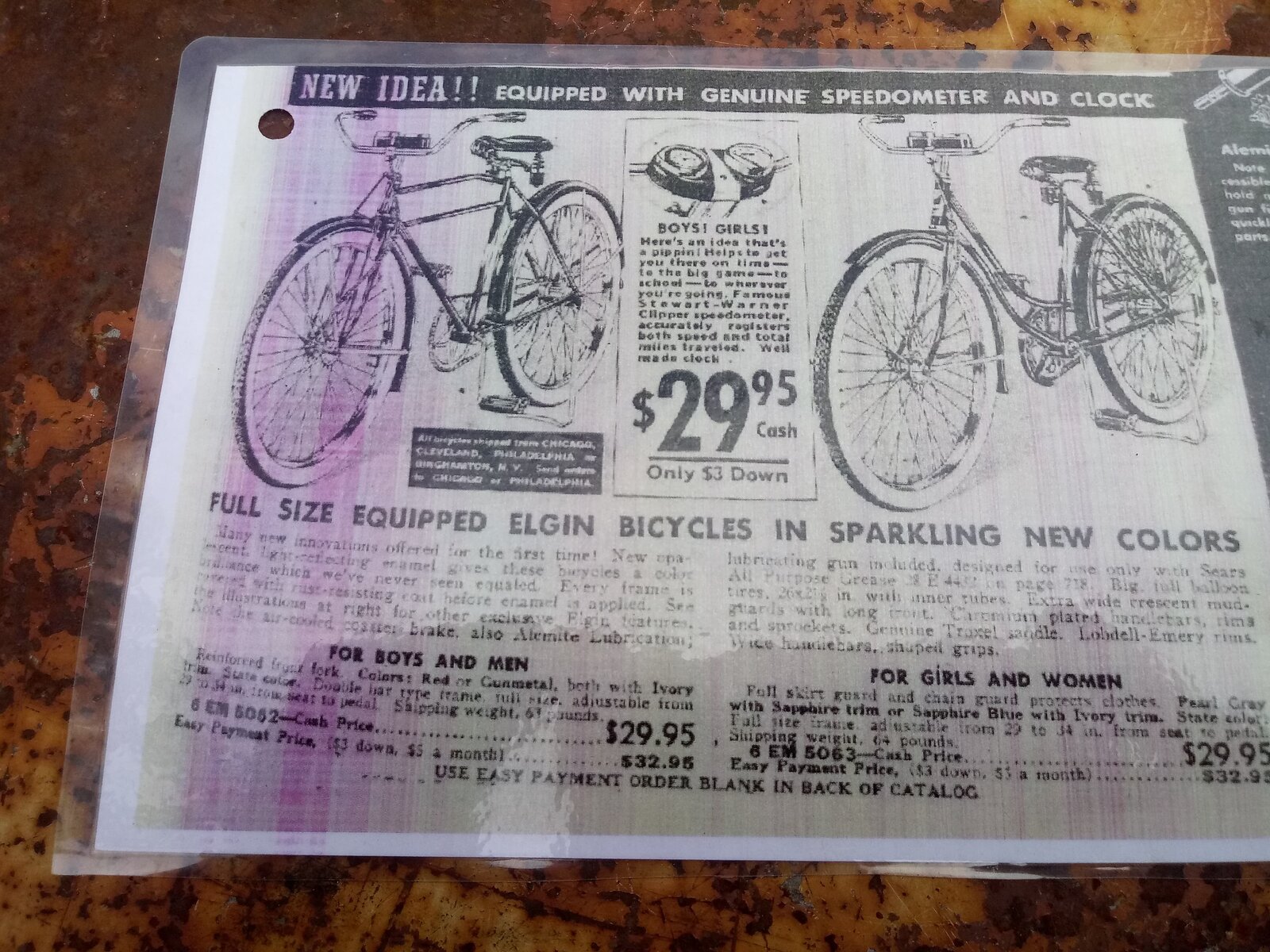 Looks good after the cleanup. Seat looks good on that bike.

z-bikes said:
Looks good after the cleanup. Seat looks good on that bike.
Click to expand...

Yes I really like how it looks on there. Thanks again.

WHAT!!!!! Thought it was Columbia specific Love that Dash! They Repopped it in Chrome (I have one) but still tough to find! 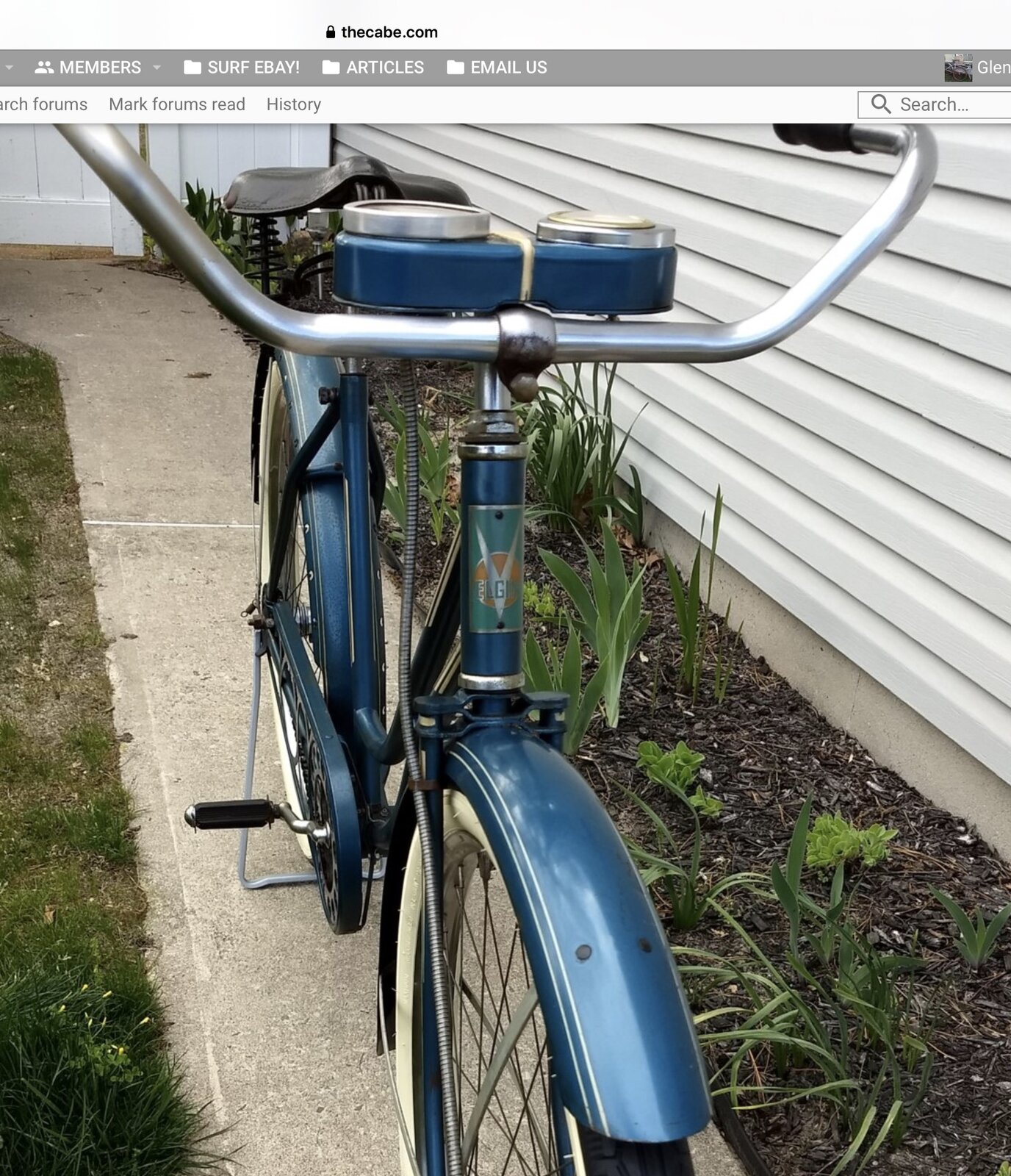 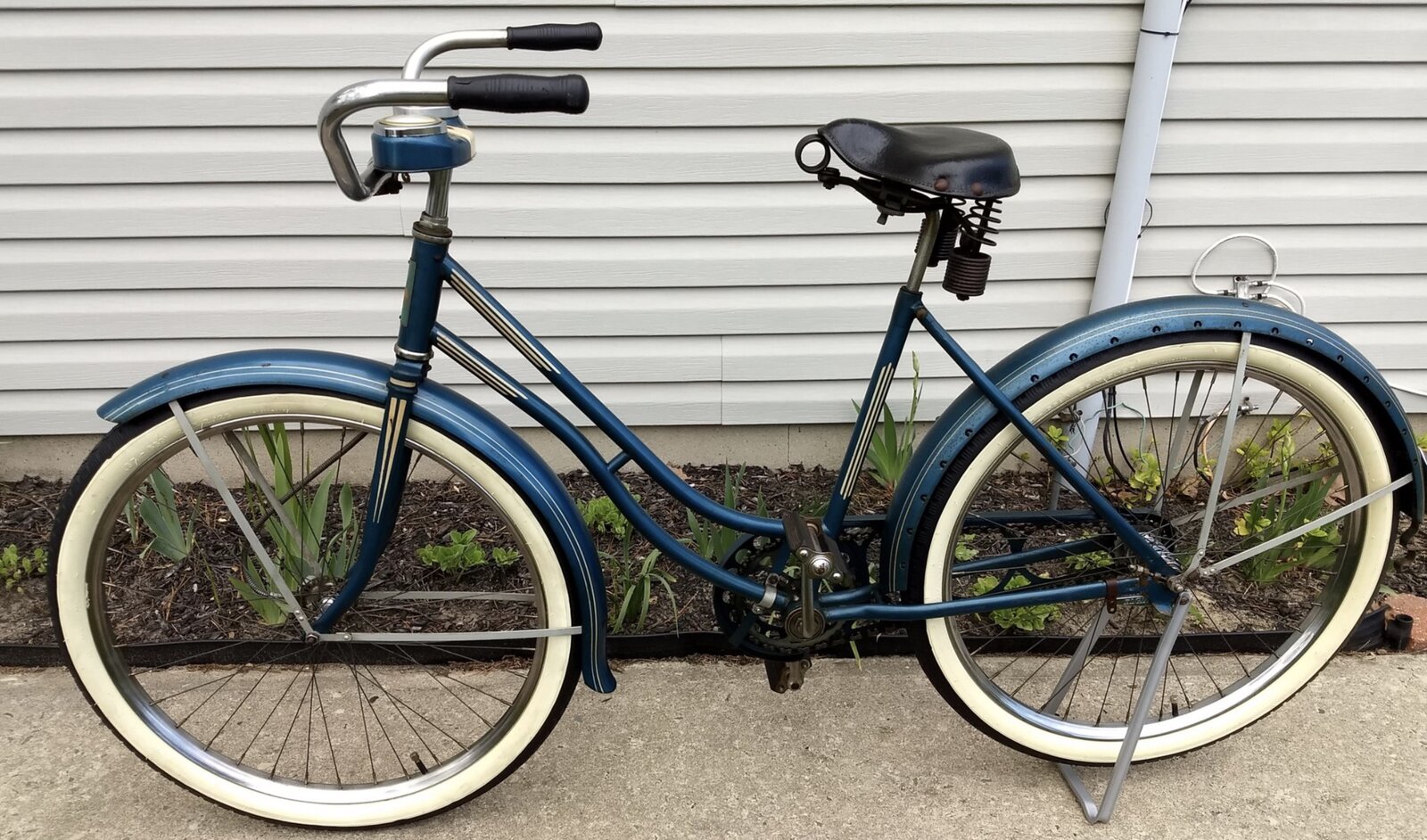 Yes, 1937 Westfield built, and it has the B serial # and D code.
You must log in or register to reply here.