Bob Charnley started a thread https://thecabe.com/forum/threads/cleveland-welding-4-gill-bikes.27308/#post-146457 back in 2012 on Four Gills in general. I would like to focus this thread strictly on the '39-41 RMS/Model A aka Four Gill bikes. If you don't know what a Four Gill is, think it is a variety of fish, or think any CWC tank bike might be a Four Gill then please contact me before posting so we can keep this one on track.

If you have additional 1937 RMS info please post here https://thecabe.com/forum/threads/1937-roadmaster-supreme-bug-eye.57458/

If you have additional 1938 RMS info please post here https://thecabe.com/forum/threads/1938-y-frame-road-master-supreme-info.35915/

The prewar Cleveland Welding Company Roadmaster Supremes are surprisingly uncommon. The '37 "Bug Eye" and '38 RMS both feature the exotic "Y" frame as well as curved cranks. For 1939 CWC retained the "Four Gill" or "Scimitar" tank introduced on the '38 model but with a more conventional frame and standard straight crank. For 1940 CWC dropped the RMS designation and called the top-of-the-line model the "Model A". The '39 model can be distinguished visually by the fender mount light(s) whereas the '40/41 models had a ball light mount on the fork crown.

So the goal here is to document the '39-41 bikes. I'll start with the ones I know of and past or current owners can chime in with any additional information. I'm pretty sure some of these projects are now restored so if you have serial numbers this will prevent duplication. Thanks, Shawn

First up former 1939 RMS Mark P. bike badged as a Western Flyer. Notice the different rack and dual Persons Reflecto lights. All of these I have seen have been in the rust/cream color combo. 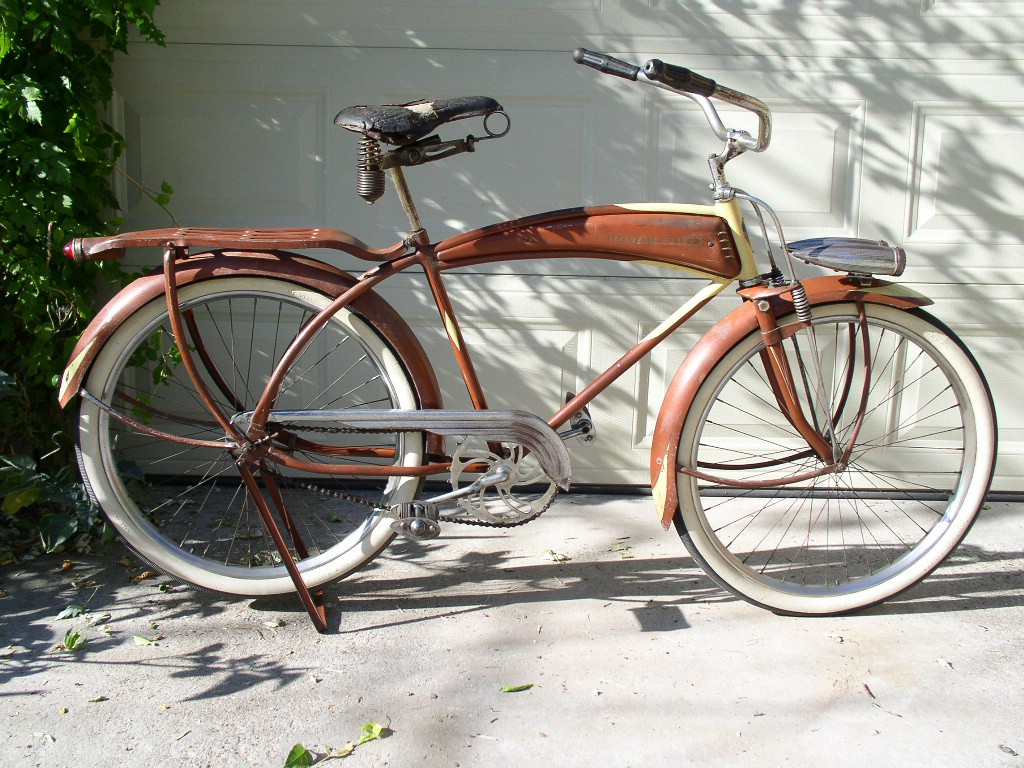 Next another 1939. I'm not sure who owns this bike but looks like a @prewarbikes4sale photo. I question the light arrangement on this bike. 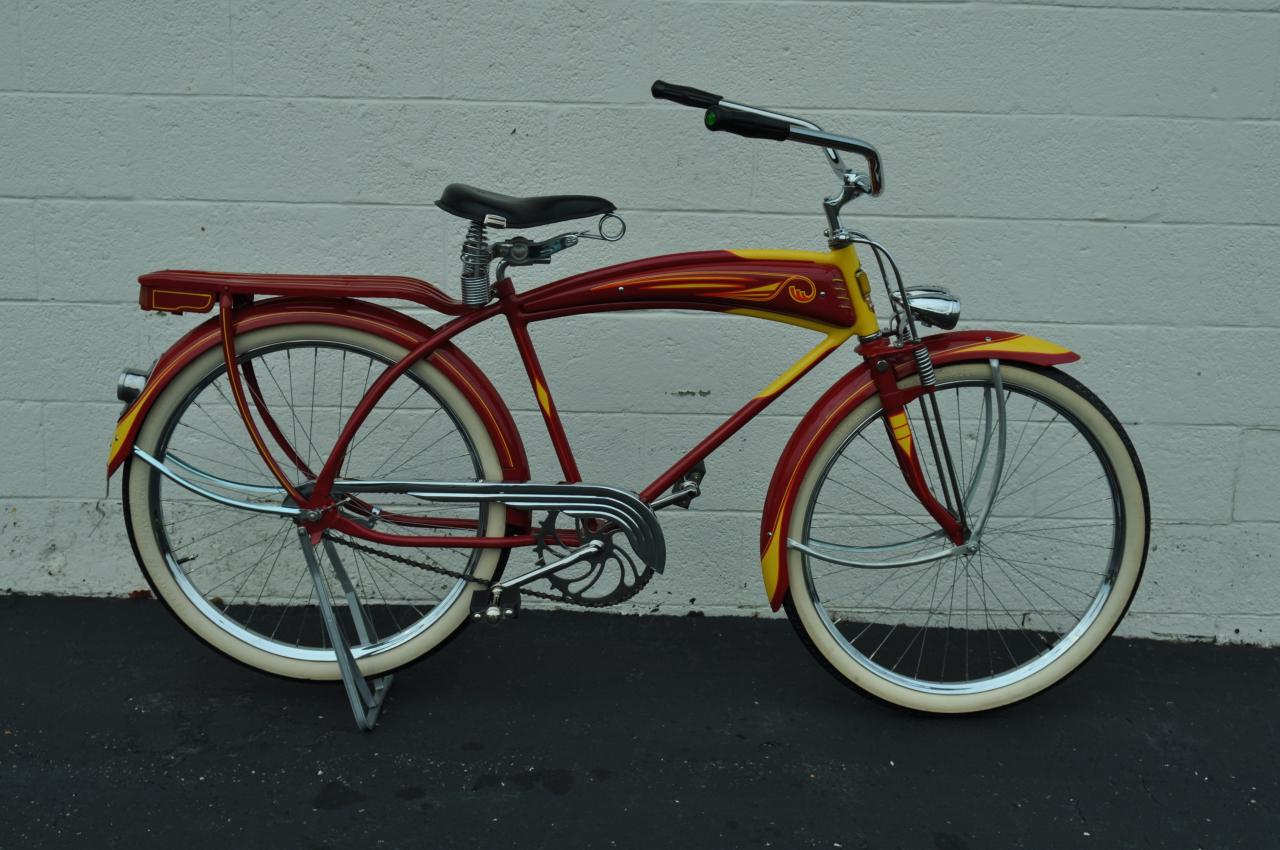 Next a nice original '39 formerly owned by @saladshooter 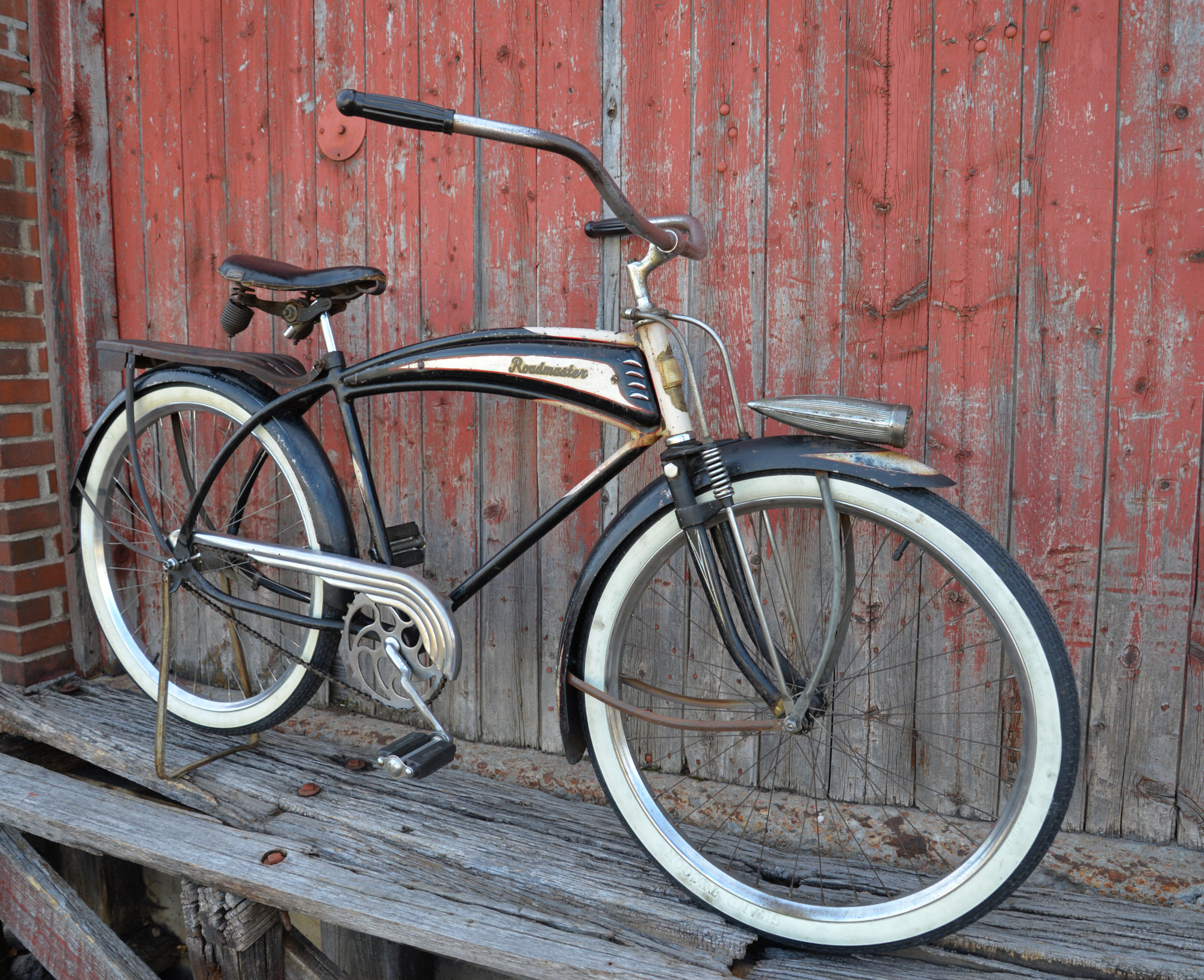 I believe this '39 project may have been restored by Mark W. and is now owned by @auto1cycle2 and is blue and white. 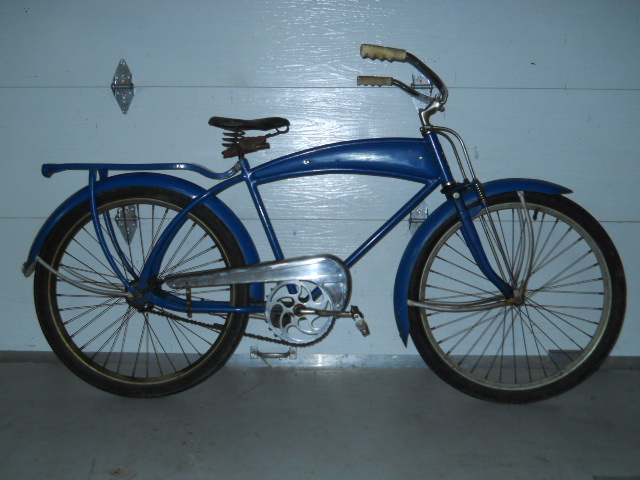 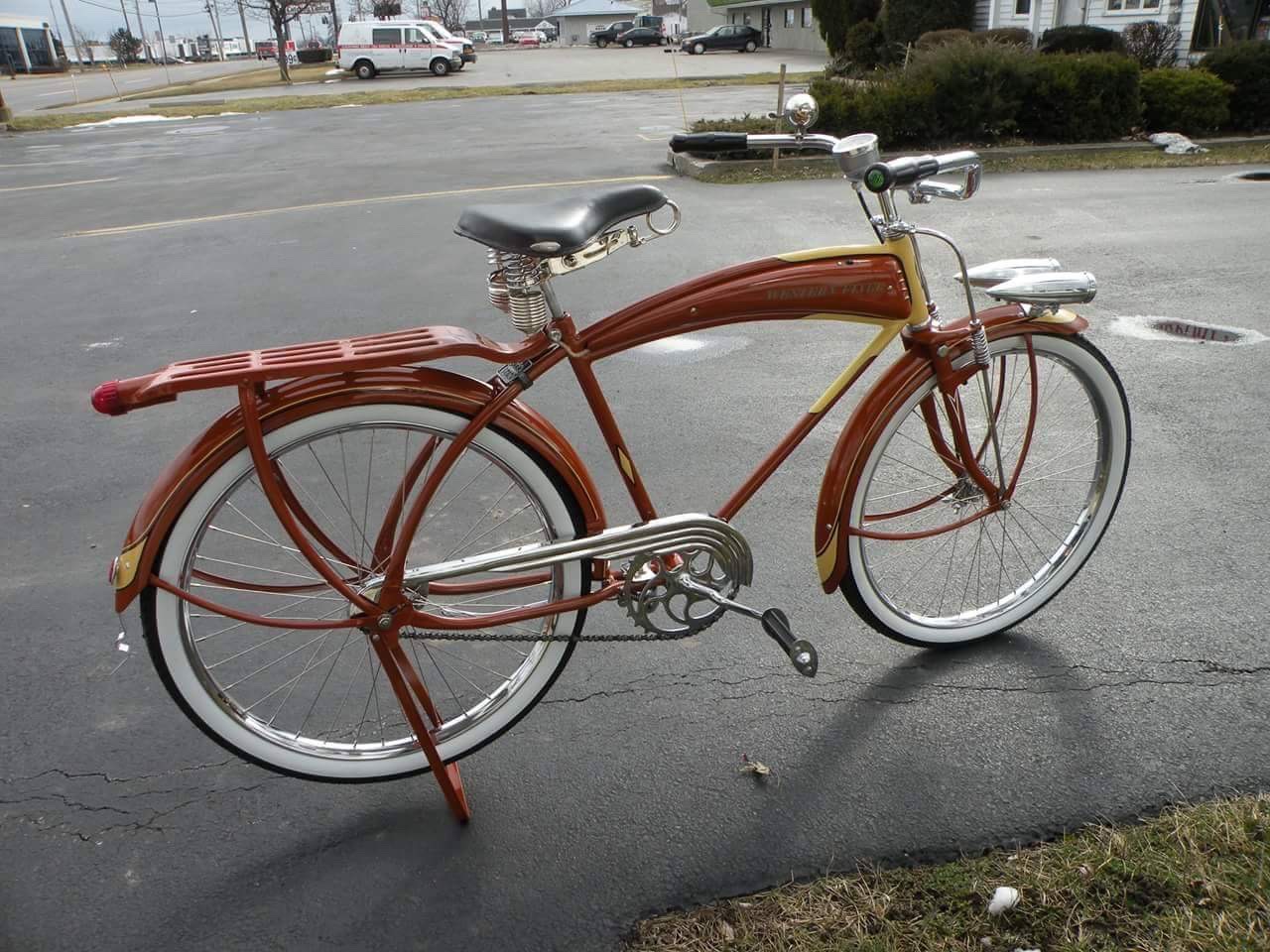 This restored '39 I believe owned by @Rambler 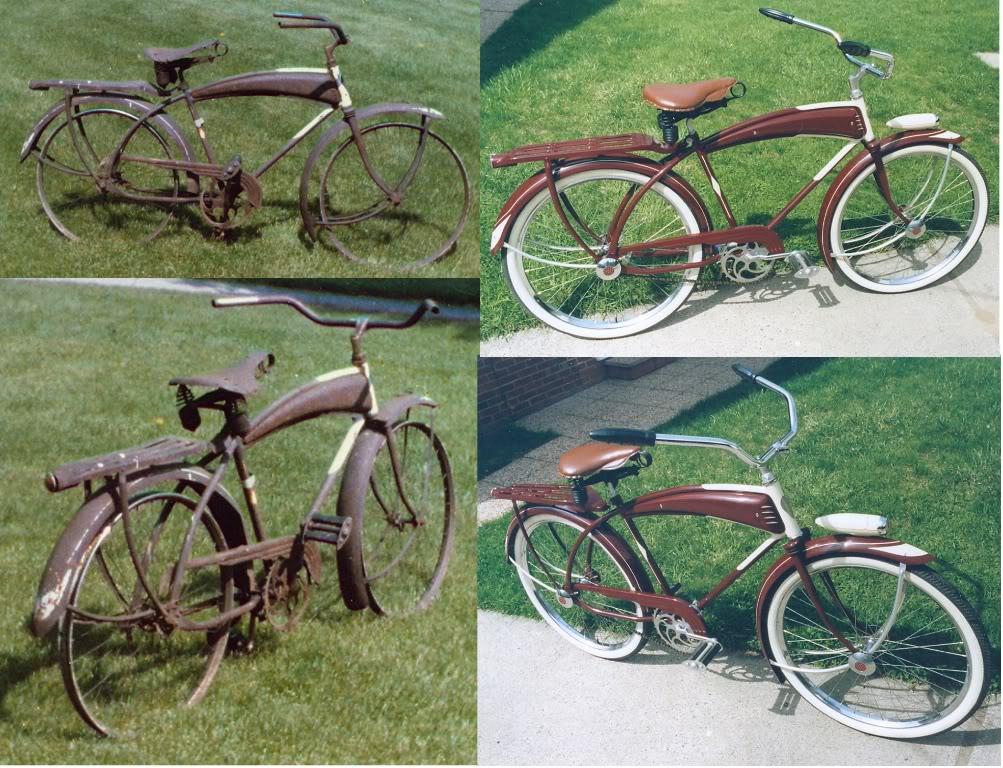 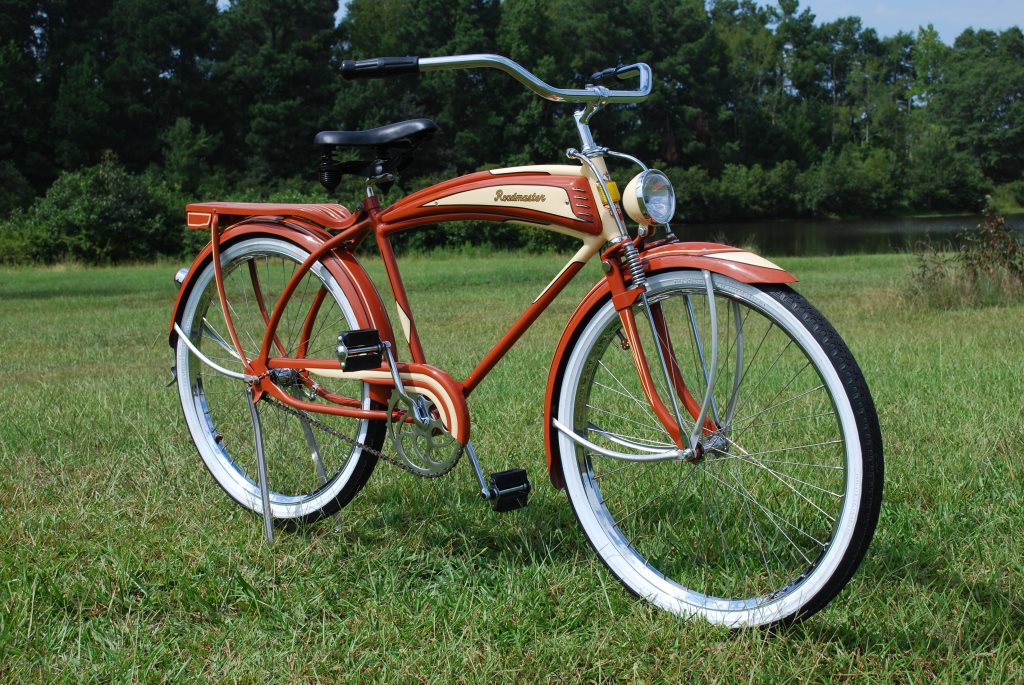 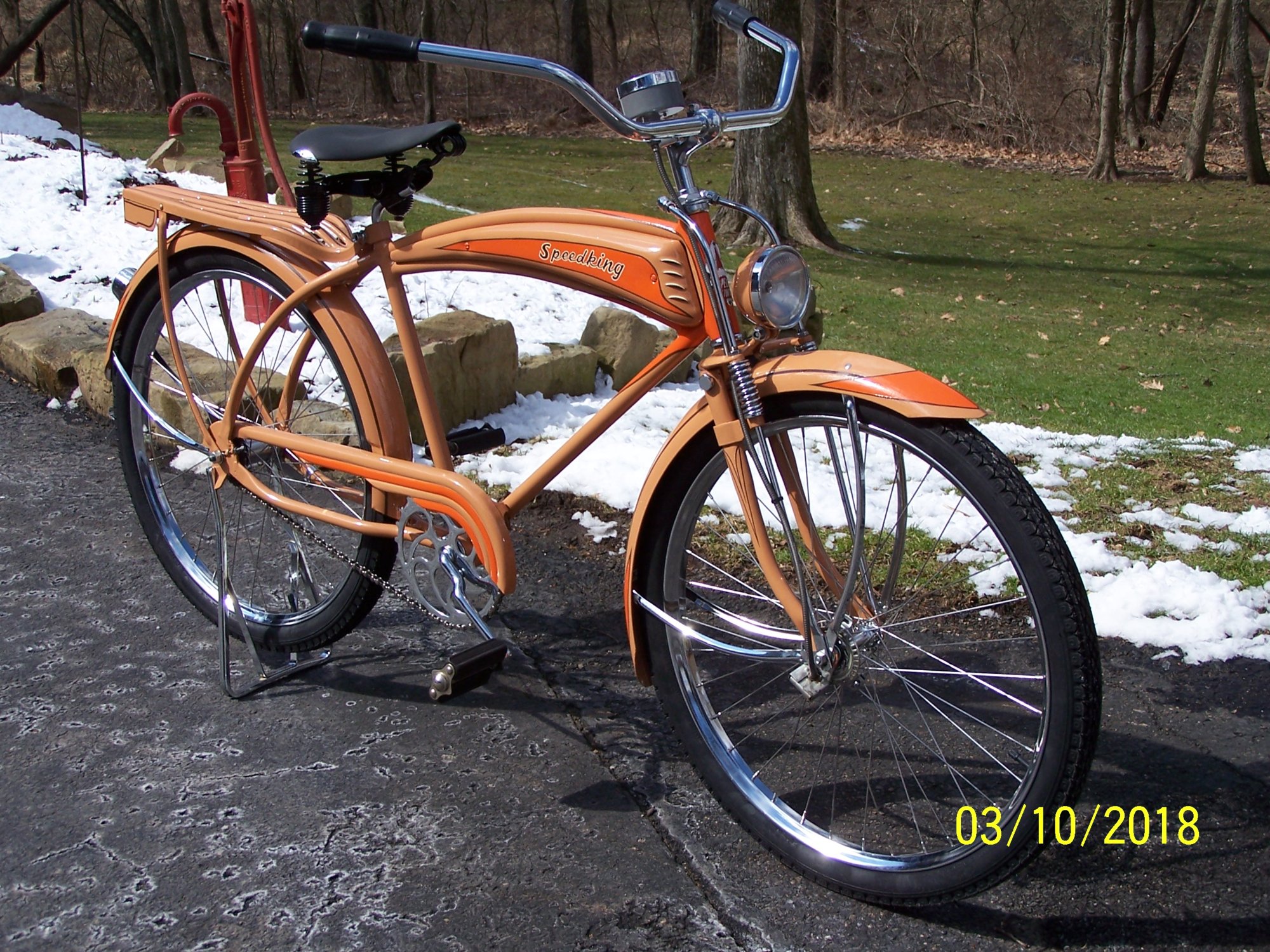 This Packard badged '41 on Nostalgic.net 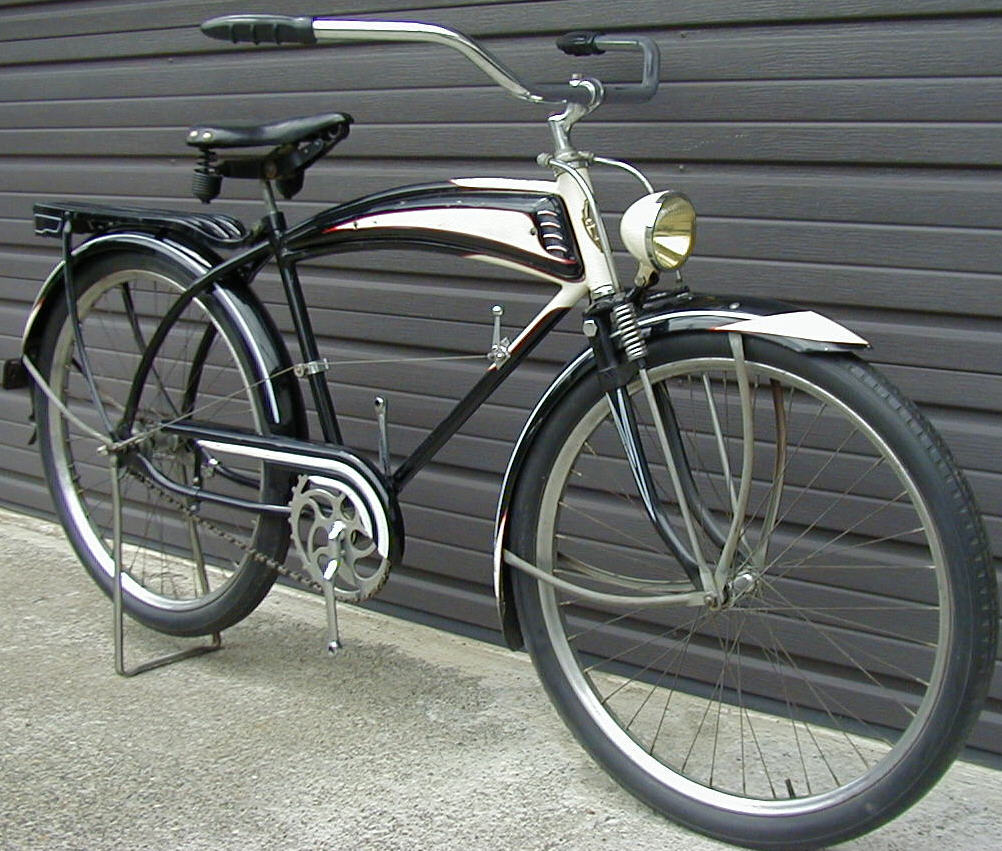 This '40/41 project @fatbike ? Would like to know if this bike was ever restored 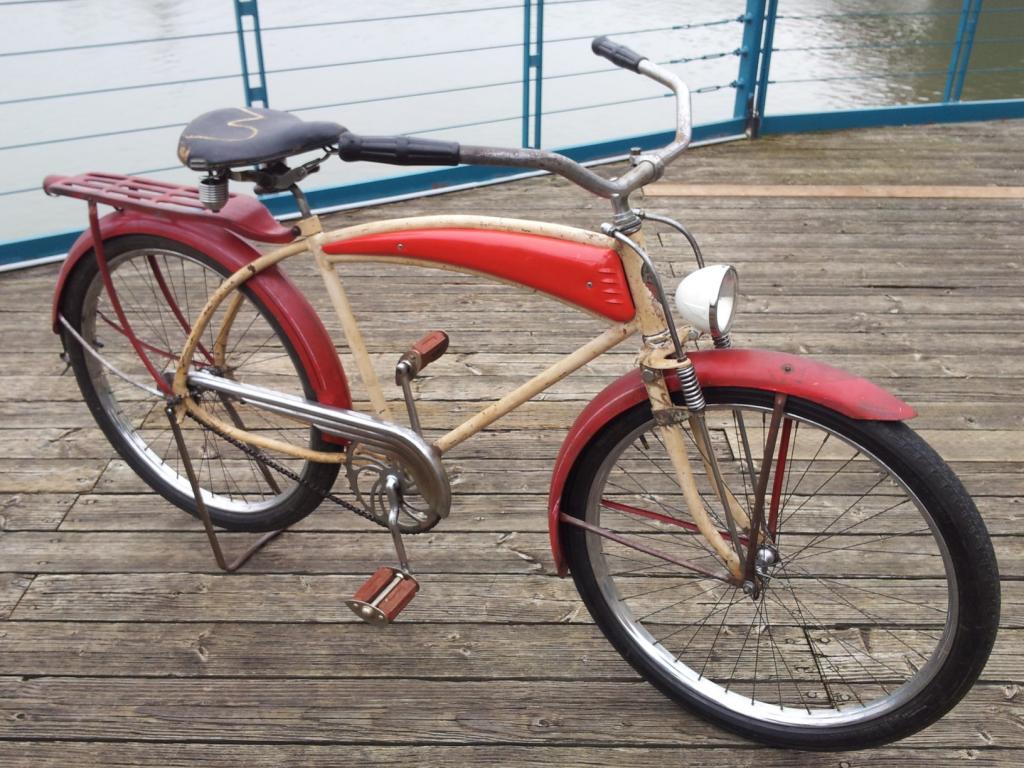 This nice original '40 owned by @JAF/CO 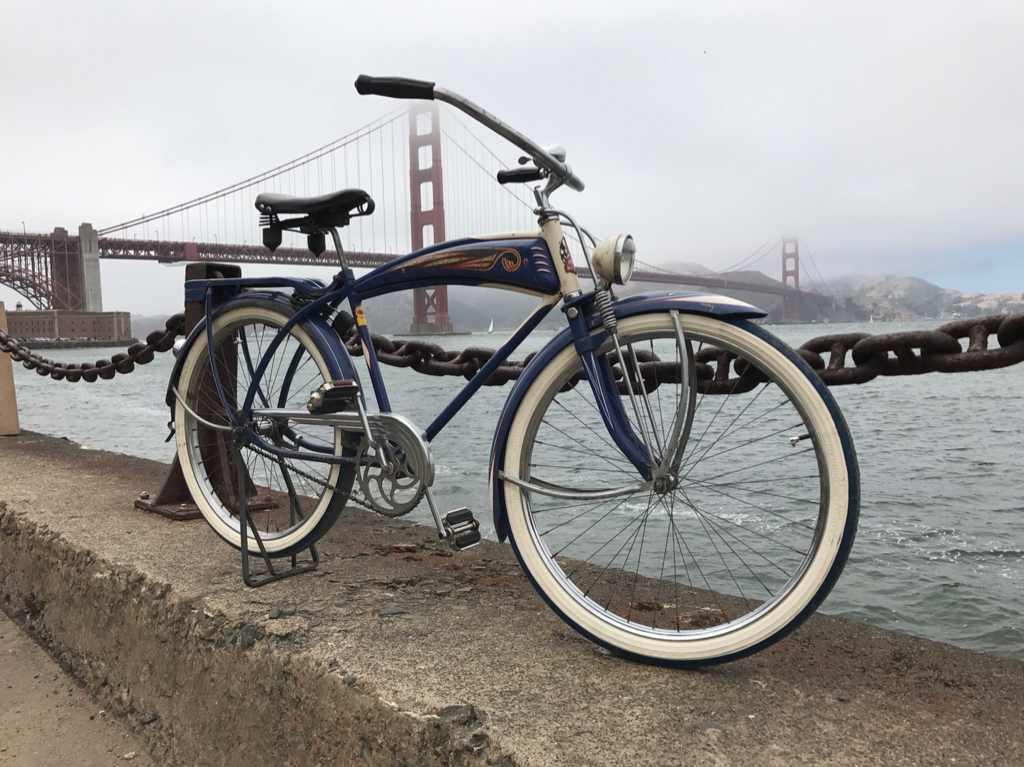 I know @Kstone has one to add! I can't wait to see it posted here. V/r Shawn

Since there are a couple Western Flyer badged 4-gills in this list, ok if I post the original catalog page? 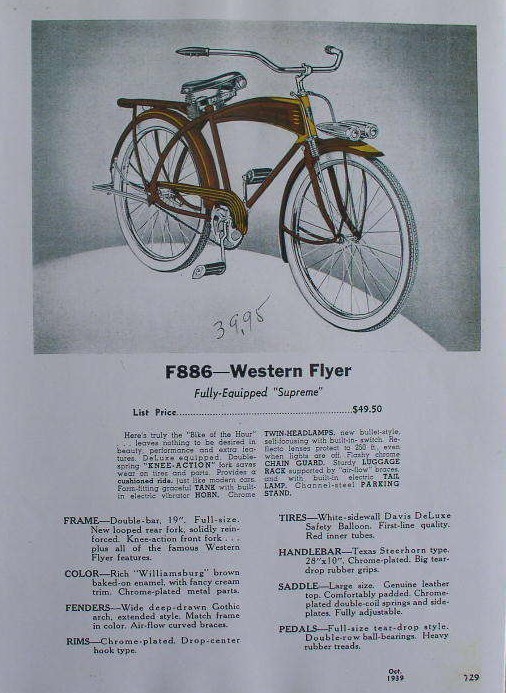 That WF catalog scan is amazing!

fordmike65 said:
Since there are a couple Western Flyer badged 4-gills in this list, ok if I post the original catalog page?
View attachment 808179
Not mine, but "borrowed" off the interwebs for the Cabe.
Click to expand...

Any info relating to the '39-41 Four Gill bikes is welcomed. V/r Shawn 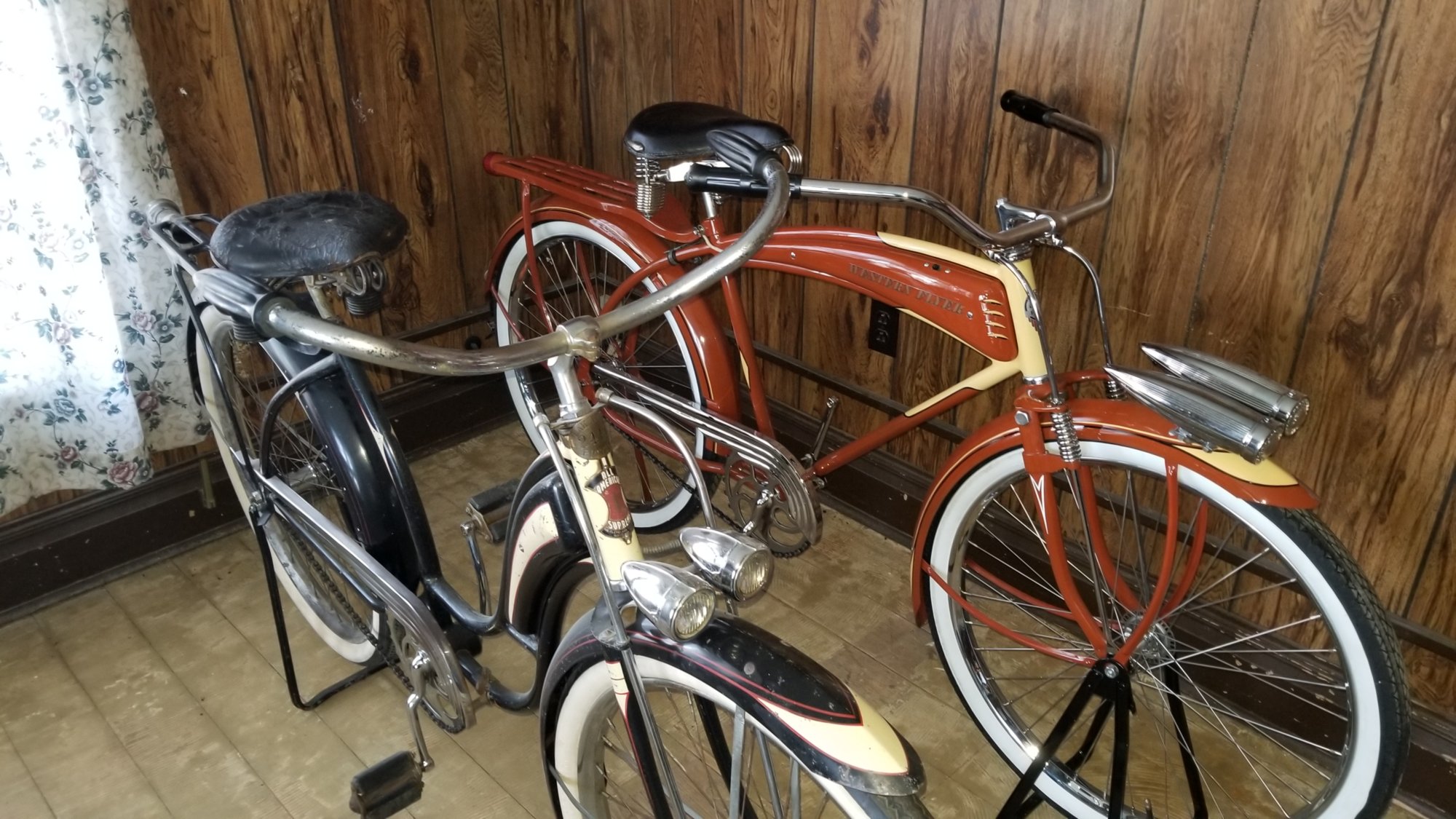 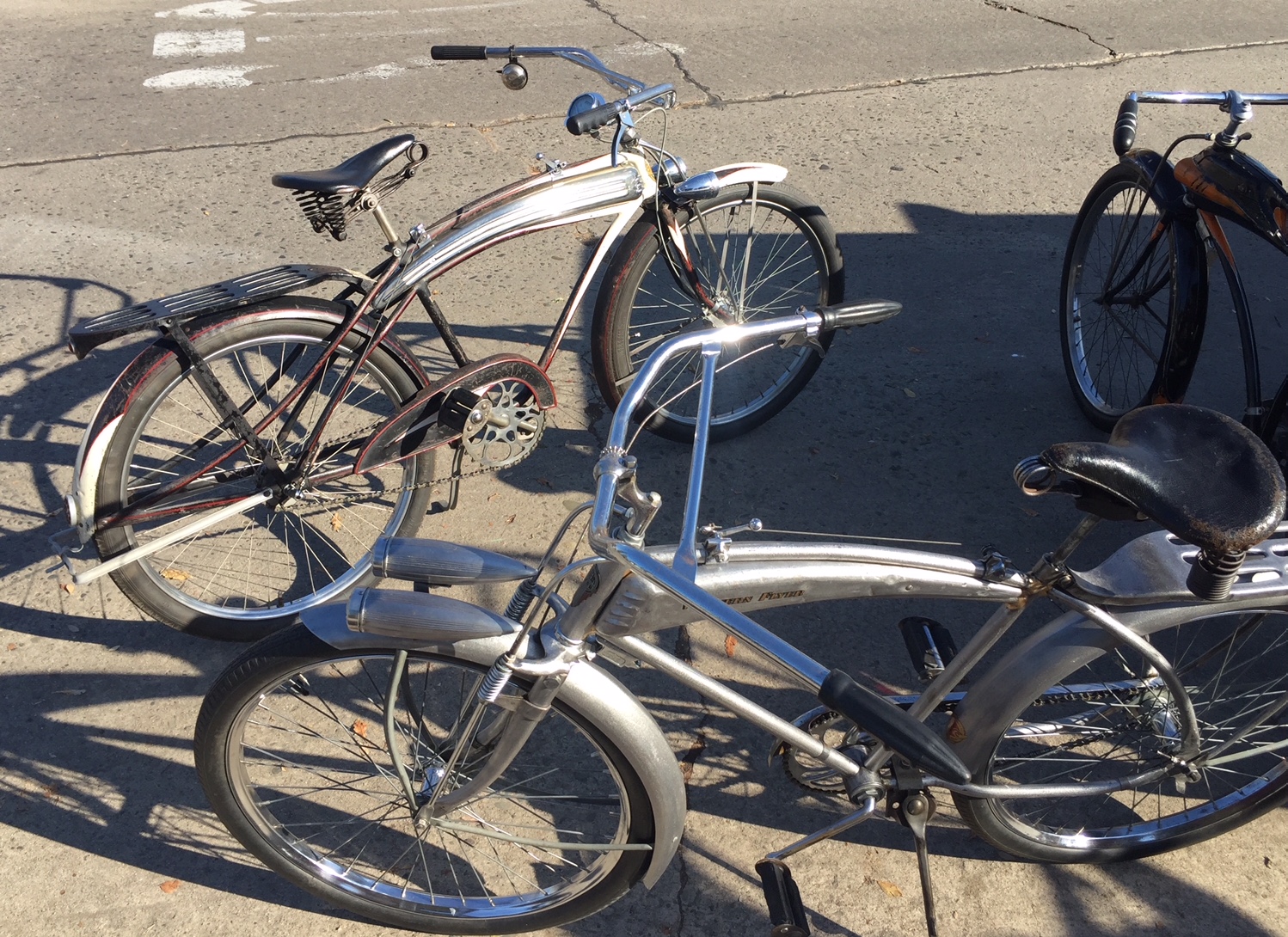 Bob,
post #1 already has a picture of the restored WF four gill.

The other, although a four gill tank, is the 38 Supreme "Y" frame which has a dedicated thread. Link above on post #1

I believe Shawn wanted to start this thread to document the known 39-41 four gill bikes.

This is one that I have a picture of. I don't know who owns this bike though. This brings the count to 14 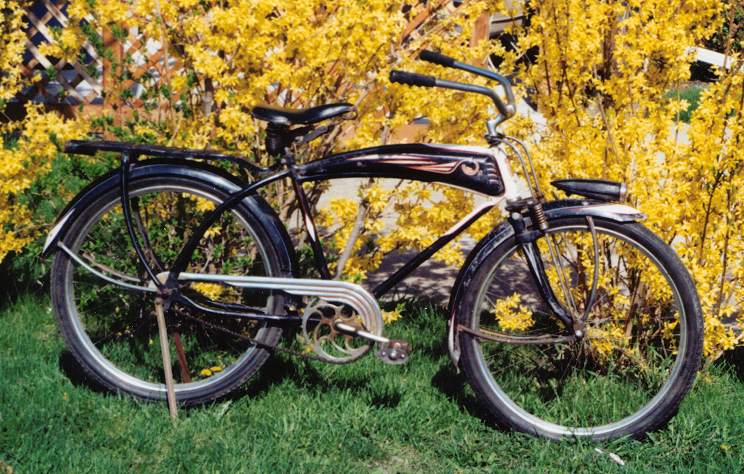 I think the four gill tanks started out by mistake. The guy who was stamping the gills into the three gill tanks, goofed up and added a fourth one by mistake.... And to cover it up he just kept making them that way......
You must log in or register to reply here.