another Craigslist find. pretty happy with this one, though a bit more paint would have been nice. no pins or decals left on the original paint, the guy I bought it from said you could still see "the World" decals when he bought it 10 years ago. I think he may have left it outside as the Brooks seat is only 10 years old, he was saying they made this seat starting in 1937 so the style fits the era, and it is so warped it looks like it came with the bike new.

blackout hubs, Lobdell rims with pinstripes still visible. it came with a matching front fender but no braces. he said when he got it it has BF Goodrich WAR tires on it, but they were toast. has some Kenda's on it now. as an added bonus he gave me 4 Kenda Schwinn size tires in the deal. good rider though the rear hub needs some help as the brakes are very poor. Wald basket is going away. I have a 1950 girls bike I may put it on.

just bought a B6 last week, along with 2 frames, and a 41 Girls bike a week before that and convinced myself I was not buying this one, but then caved in and did it. I'm going to remove the basket, grease things up, possibly buy two fenders for it I saw here, rob the kickstand from my 41 Girls bike and ride.

I don't have the serial # handy. 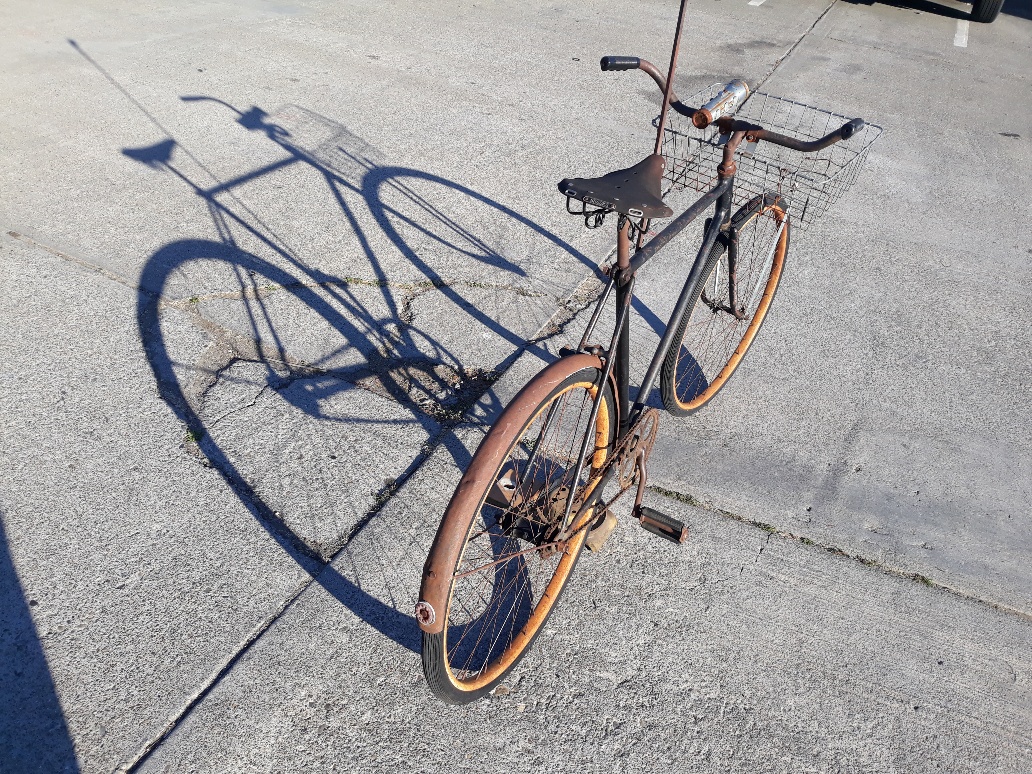 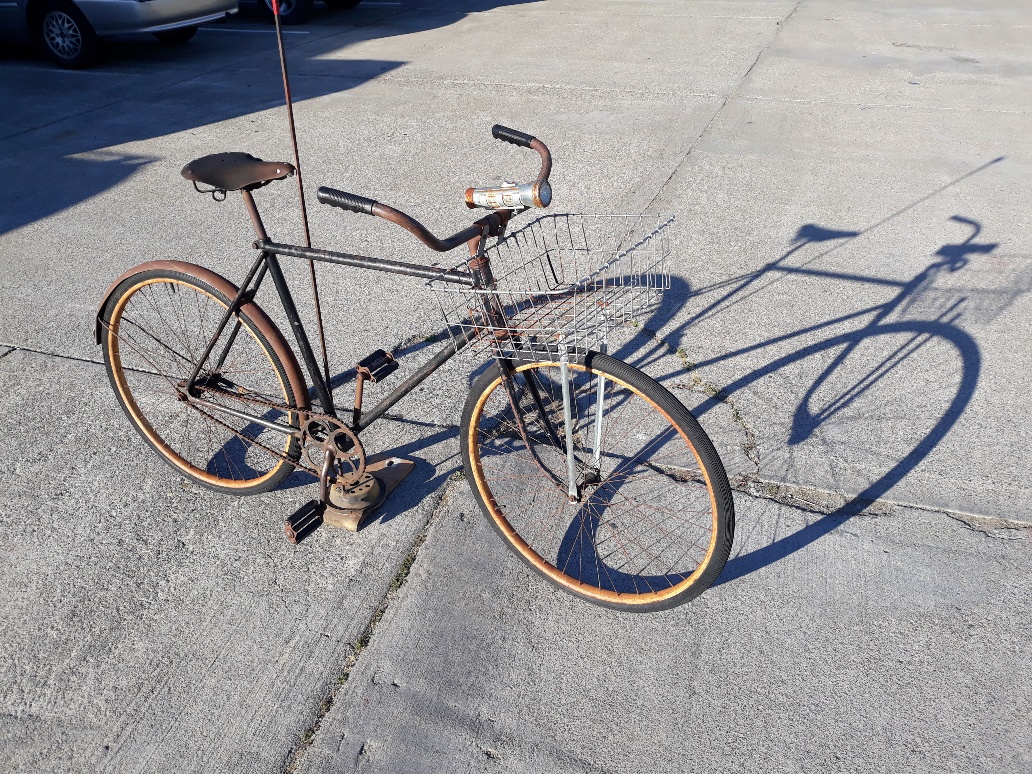 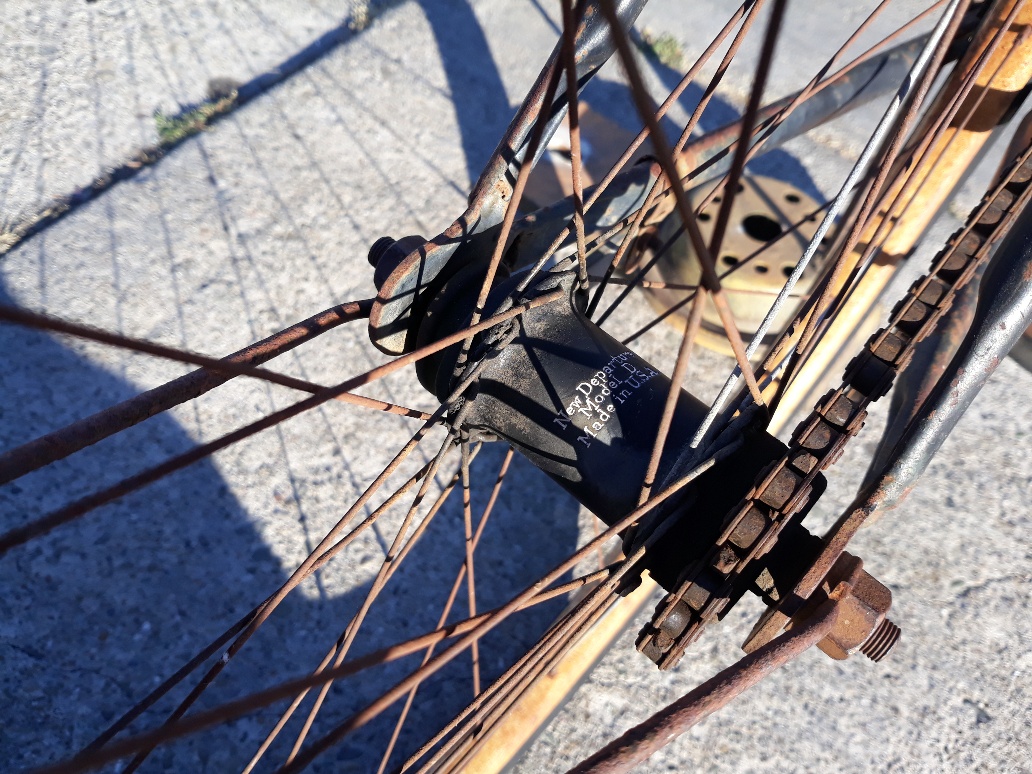 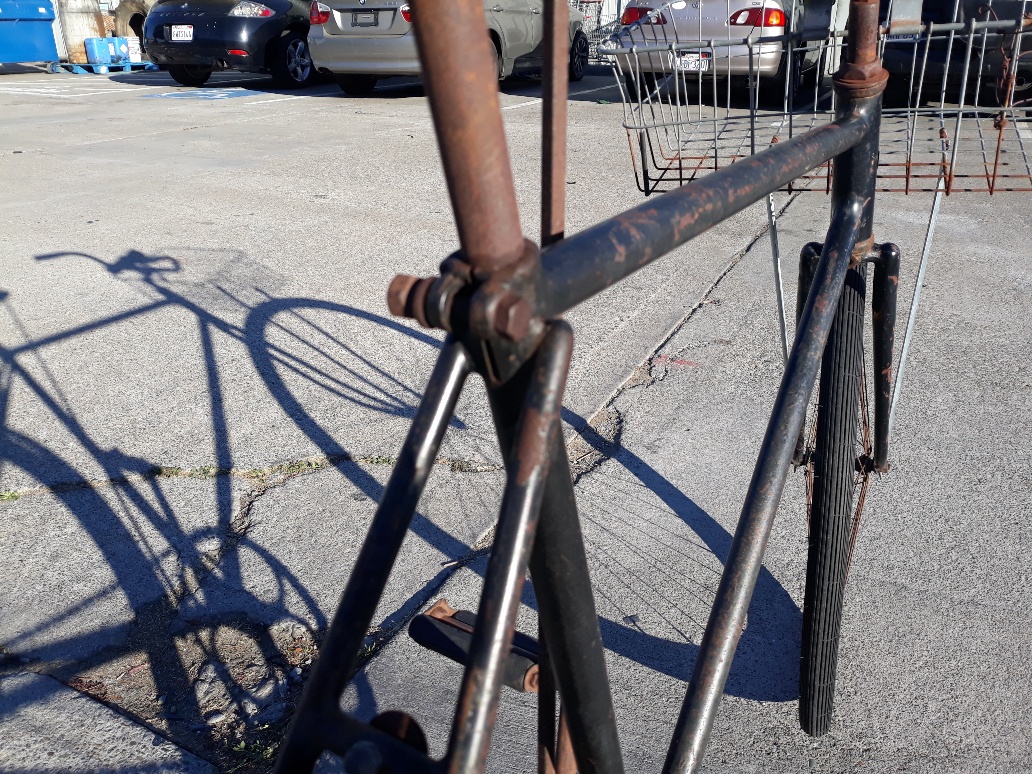 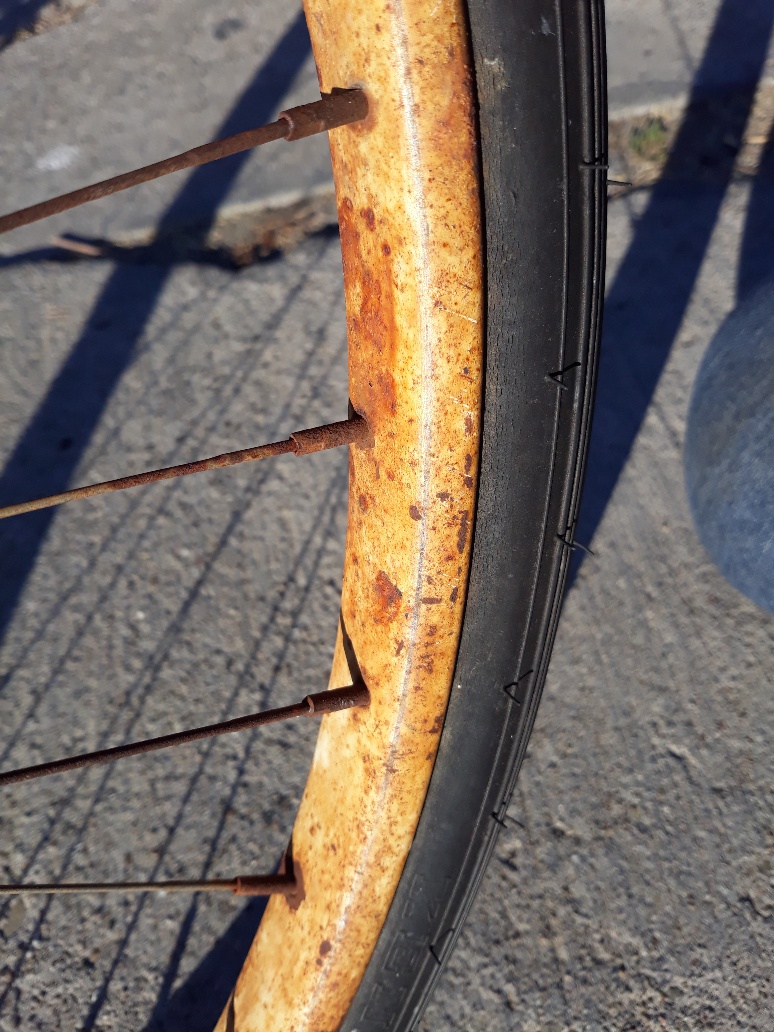 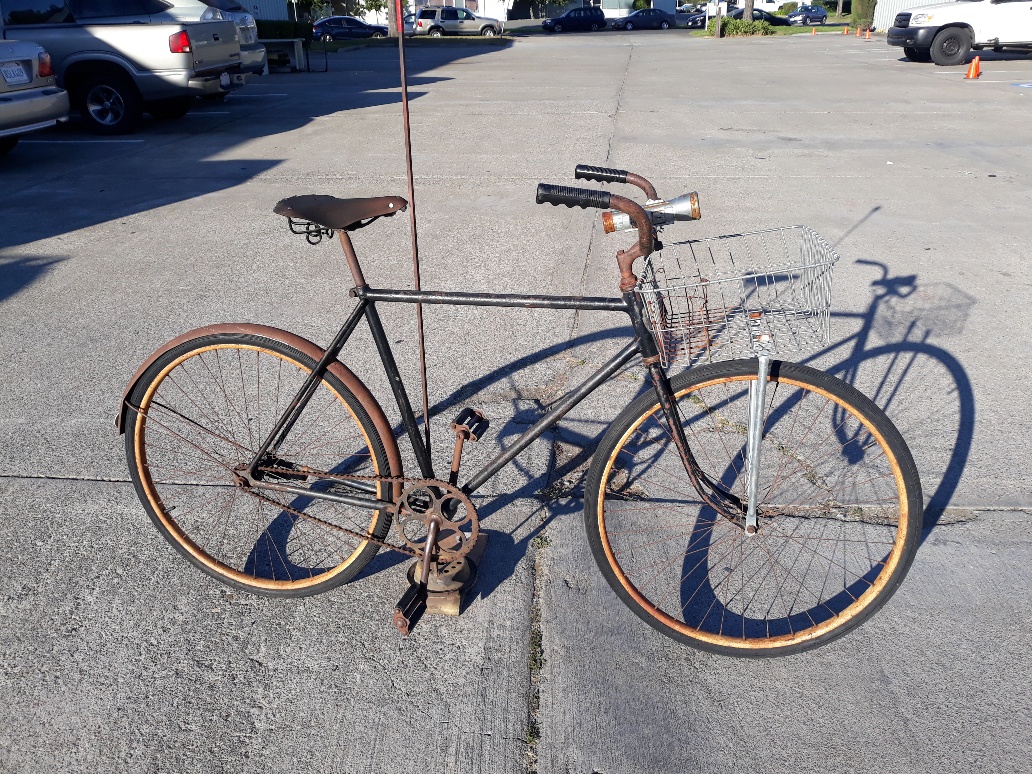 I'm pretty sure that's not a 41. Has to be a 42 or later, definitely a war time piece with painted rims, one rear fender stay and black out components. And it had war tires when found years ago?

GTs58 said:
I'm pretty sure that's not a 41. Has to be a 42 or later, definitely a war time piece with painted rims, one rear fender stay and black out components. And it had war tires when found years ago?
Click to expand...


that makes sense, I was just going on what the owner said. do you think the handle bars are original? did they ever sell these with no kickstand or chain guard?

The war time New Worlds did not come with a stand or a chain guard. It had one rear fender stay while the prewar and post war pieces had two and the painted rims. The boy scout bars were not standard issue and not sure if they could have been a factory war time option, but should have been IMO.

I thought the one rear fender stay was interesting. I just looked at a pair of these fenders in black, but 2 pre war style braces on the rear.

did they sell them without fenders? I find it odd the fenders have no signs of ever having paint at all. they both look the same, all rust.

They all came with fenders. HUFFMANBILL posted the sheet on the war time pieces with all the specs for these and there's a copy in Miq's thread.

Wartime Schwinn New World Bikes - We Know You Have Them - Tell Us About Them!! | Lightweight Schwinn Bicycles

Please help us gather some more info on wartime Schwinn New Worlds (or other lightweights). We know many of you have these unique bikes and they all have an interesting story to tell. We are already starting to get an idea of what serial number New Worlds have the transition from brazing to...

Here's one of Bill's threads with the info.

I decided to post some pictures of one of my WWII Schwinn lightweight '' Victory'' bikes. This one is a 1942 Schwinn VW1M , which was most likely manufactured between April - Sept., 1942. The serial number appears to be I14584 . The bike appears to be mostly original except for a small...

I know little about American lightweights, but I was just on this webpage and saw an ad for the pre-war BF Goodrich lightweight which does list Boy Scout handlebars in the specifications: http://www.nostalgic.net/bicycle244/picture920

Got a good shot of the BB shell with the serial number?
You must log in or register to reply here.