Another one of these Italian machines awaiting my return. 1949 Torpado with the Paris Roubaix shifting mechanism. This was the evolution of the Cambio Corsa and worked the same way--you had to pedal backwards to shift. I believe this was one year only as Campagnolo introduced their parallelogram rear derailleur, the Gran Sport in 1949. Fausto Coppi won the 1950 Paris Roubaix using this shifter. V/r Shawn 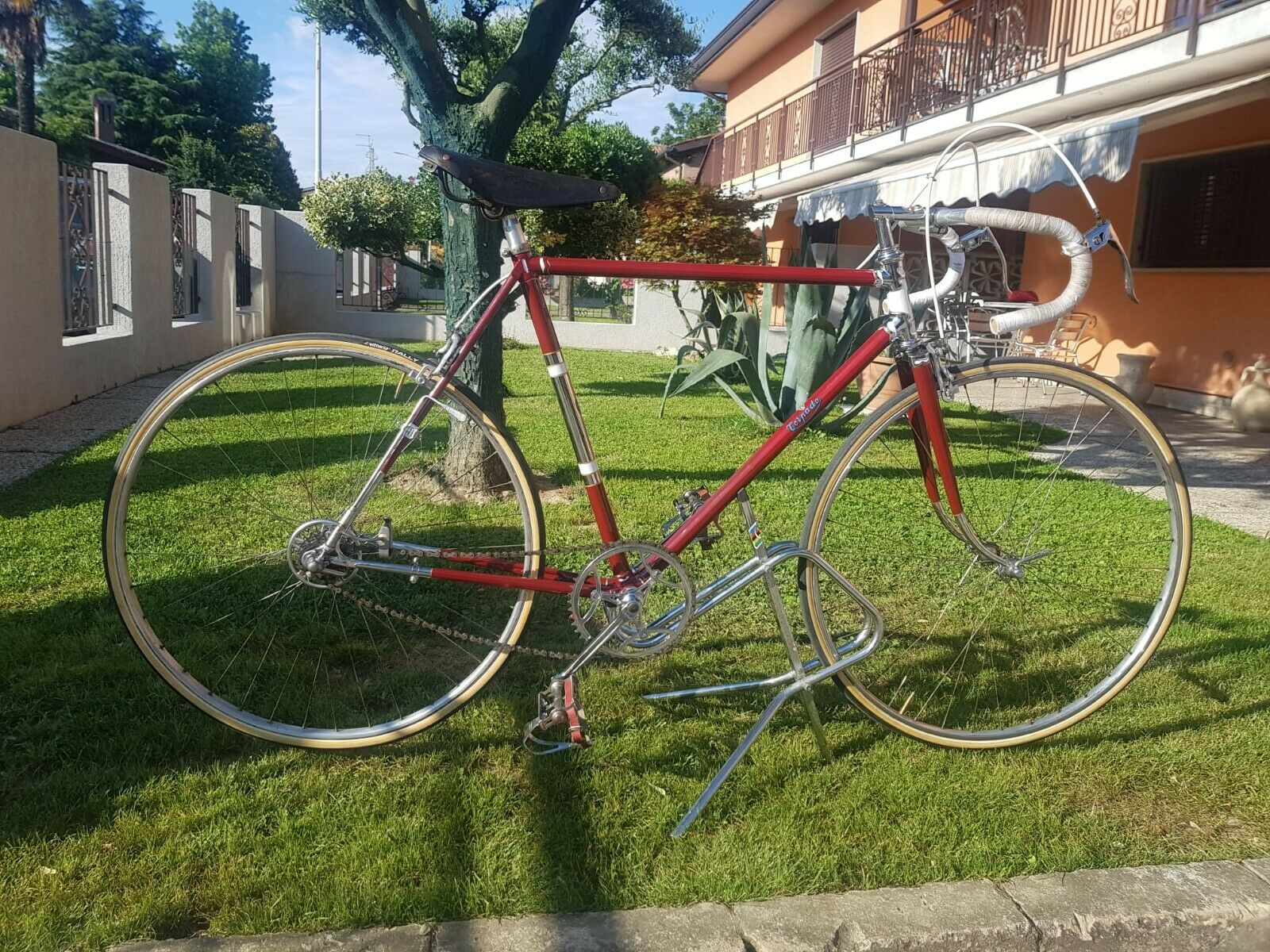 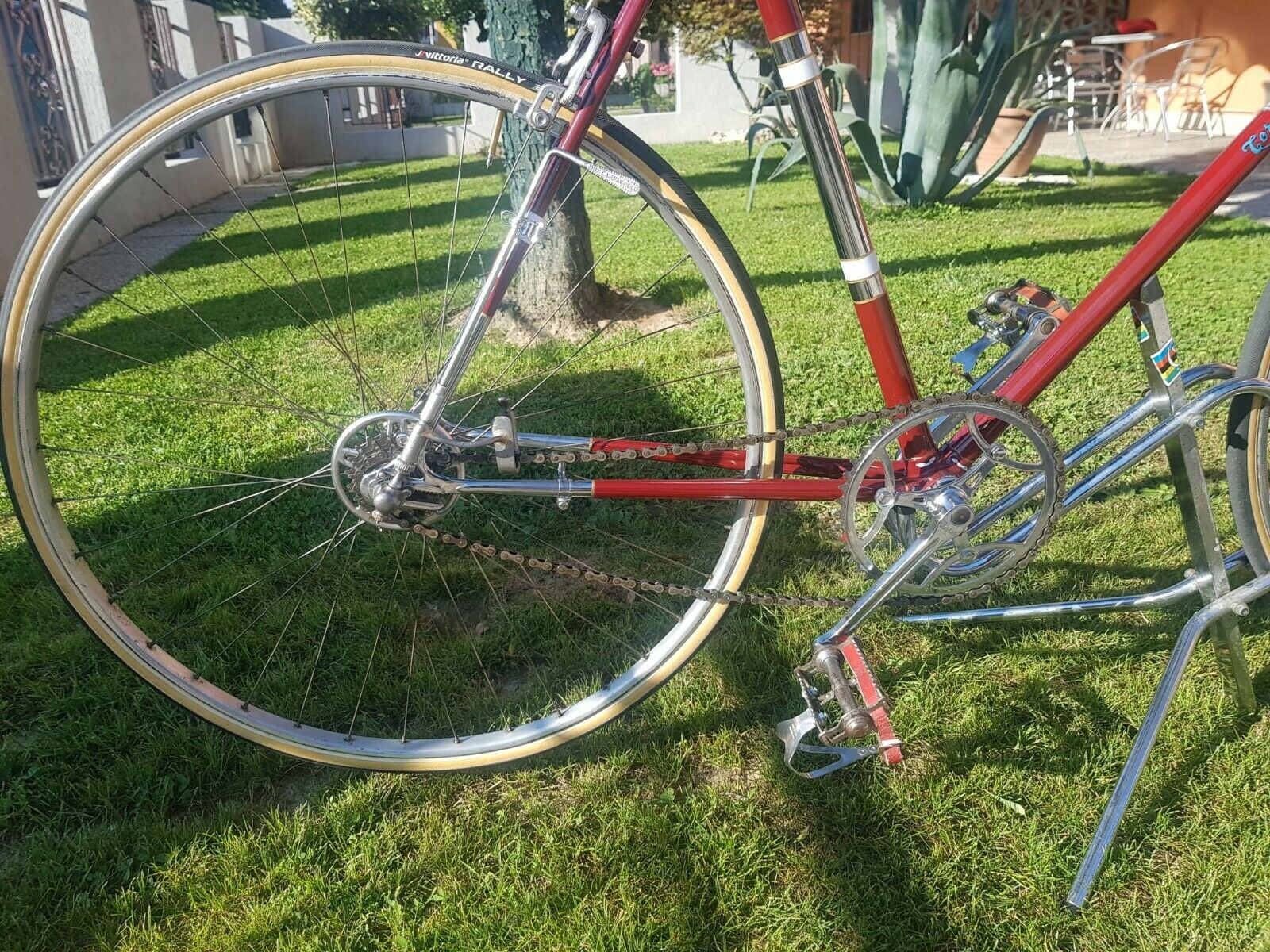 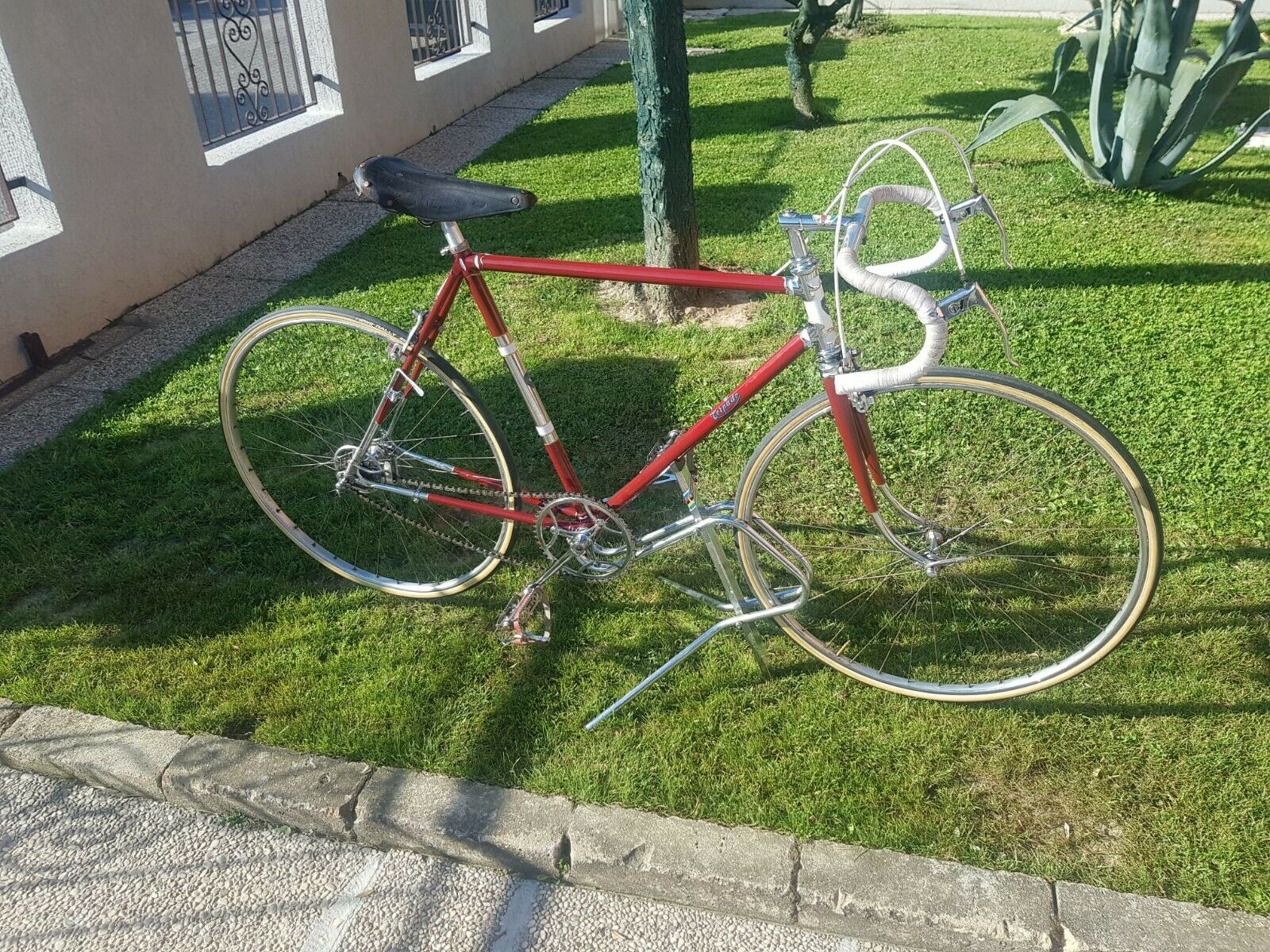 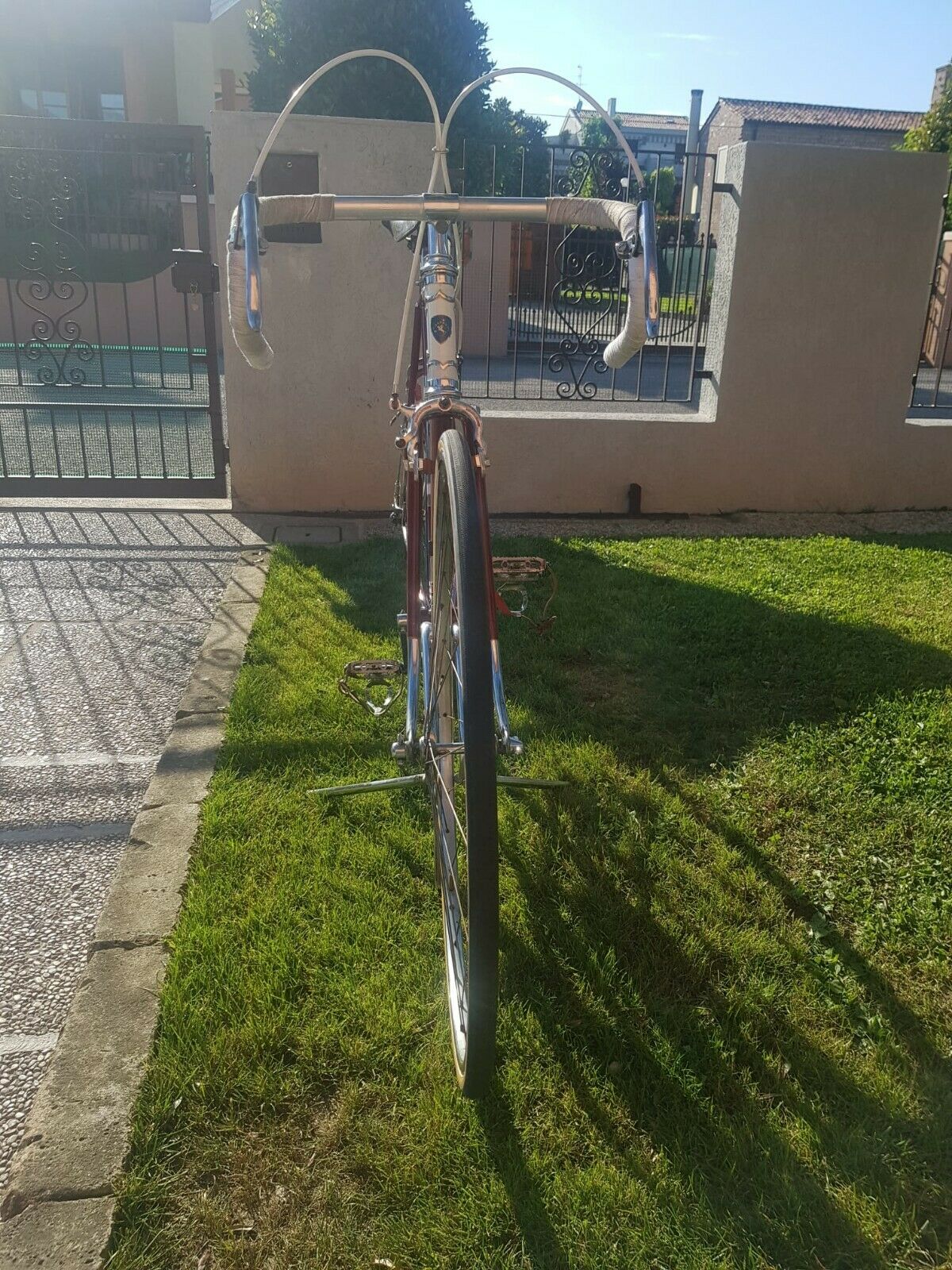 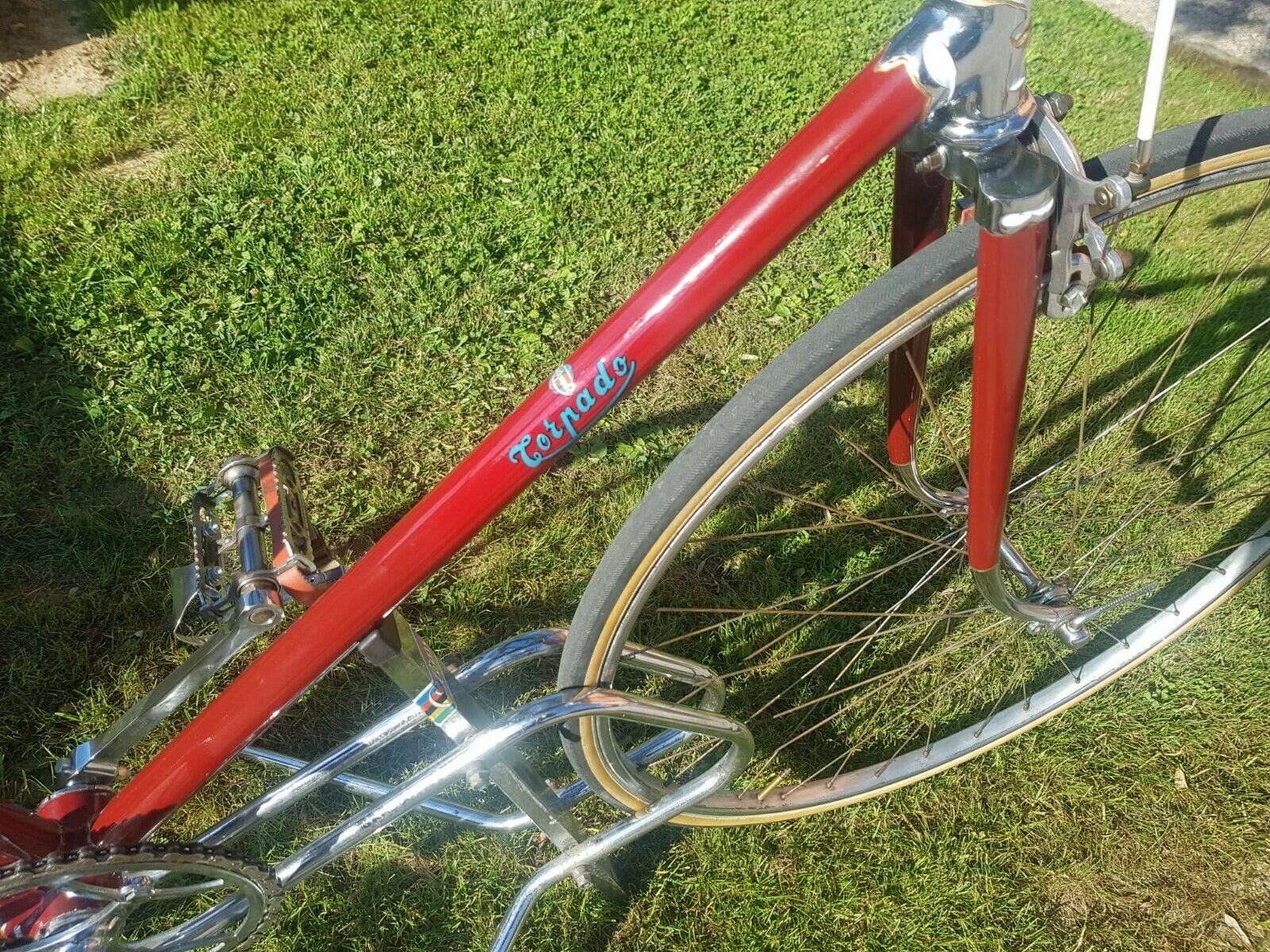 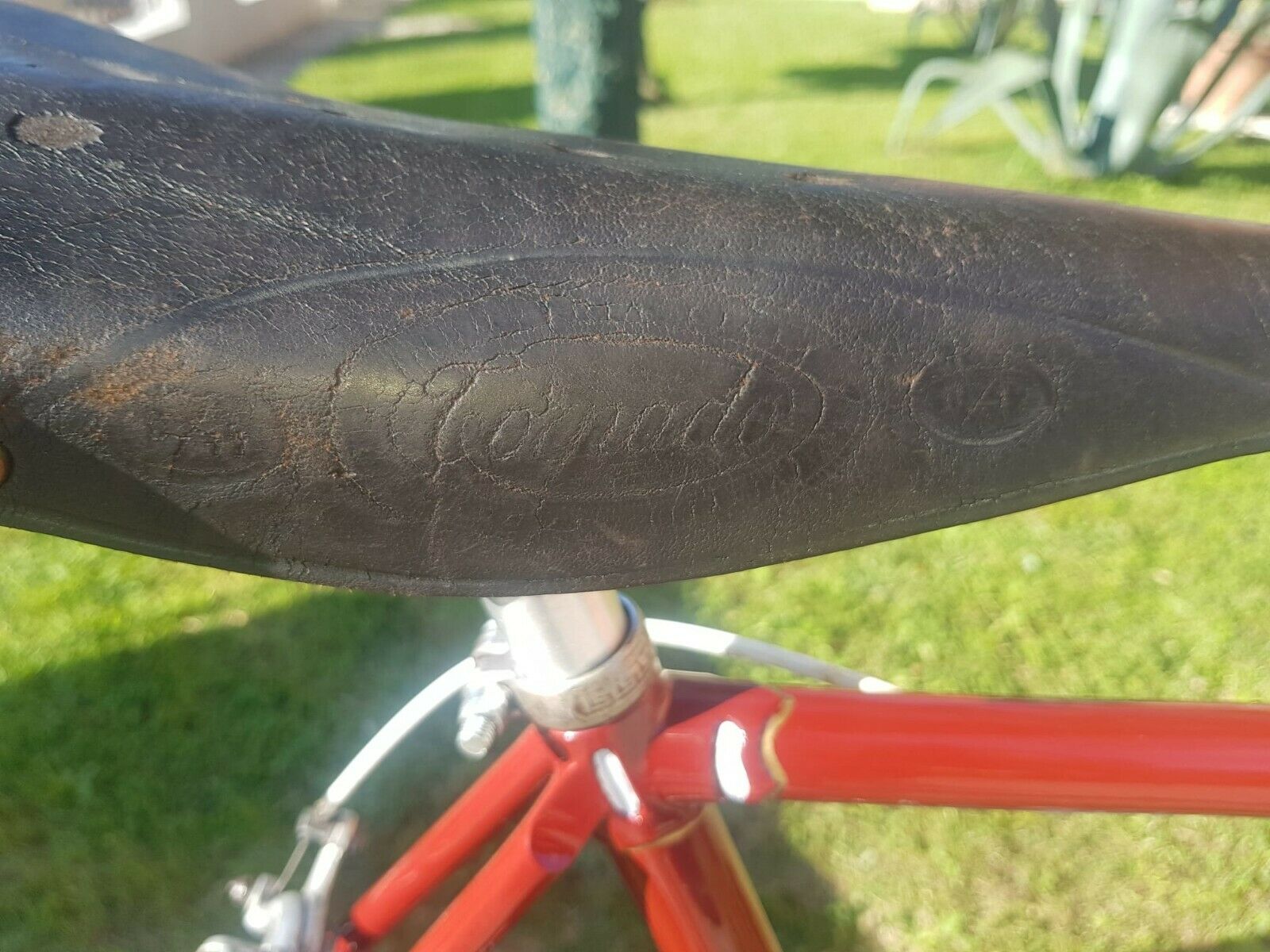 Shawn that is super cool!!! Hope all is well for you.

Thanks so much for sharing yet another marvelous treasure.

You must have the magic touch to find all of these fabulous cycles.

The Torpado marque is a compound word formed of the manufactuer's name, Torresini, and the city in which located, Padova.

Torresini was acquired by the Agrati-Garelli entity ca. 1983-85. Do not know what they have done with it.

constructed with the Agrati "BRIANZA" pattern lug ensemble nr. 000.8030/U

fork crown is item nr. 000.8038
it was also offered in a form without the cutouts
here it is on another Torpado: 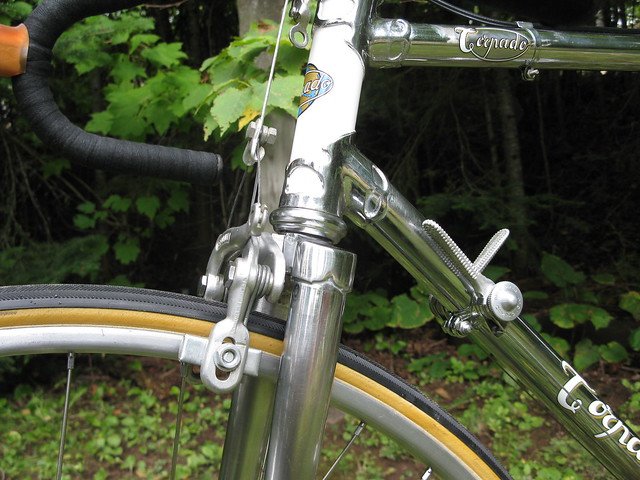 wheels: evidently at least one is a rebuild as rims are dissimilar, rear shows a smooth braking surface while front exhibits a serrated braking surface in a pattern resembling the one employed by NISI

pedals appear to be Lyotard model 460A

the clamp-on chain stay protector is one have not before seen. wonder if part of the Paris Roubaix gear ensemble...

wondering what spindle be living in bottom bracket shell...

readers will be able to discuss cycle in more detail with you upon your return from deployment.

I'm glad you mentioned pedaling backwards to shift. I had no idea how that set-up would work, but that makes sense. Always something new (at least to me) to learn about these old bikes!
A