I inherited a few things that might be of value to early 1950’s Schwinn collectors. My Dad left me an assembled 1952 model Schwinn Black Phantom bicycle as well as an unassembled bike with a frame stamped from 1951. There is slight surface rust all over, but I have not attempted to remove any of it. The frame serial number on the assembled bike shows a manufacture date of November 4-8, 1952 in Chicago. Using the built bicycle as a reference, I placed all of the parts that I found in a large box in the corresponding location. The frame serial number on the unassembled bicycle indicates a manufacturer date of February 28, 1951, Chicago. He also has zip lock bags with misc nuts & bolts, as well as what looks to be two wheels worth of spokes. There are also some clean/ new Schwinn rims & unused tires. I posted these pictures in the Schwinn section last week and was able to gain some information. I have been told that a few parts on the assembled bike are reproduction & other parts are not Black Phantom model parts. I was also told that the unassembled bike parts all look to be original. I do not know the first thing about shipping a bike, but will look into what type of charge that is if I need to ship. I am not a bicycle guy, but would like these to end up in the hands of someone who appreciates the history of them. That’s what my Dad’s plan was, to recreate the bike of his childhood. I am asking $1k for the package, but will consider all reasonable offers. I can take close ups if anyone could use a better picture. Thank you for reading. I can be reached at Tejaschaos@yahoo.com . 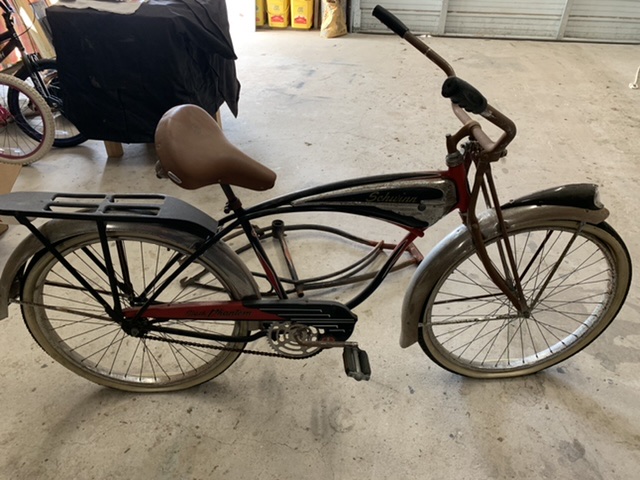 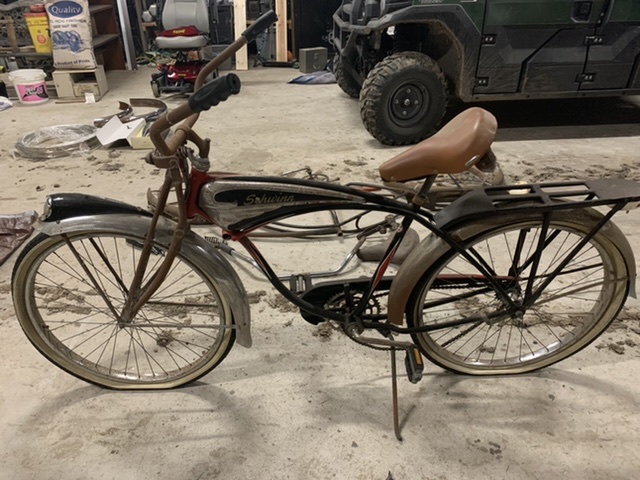 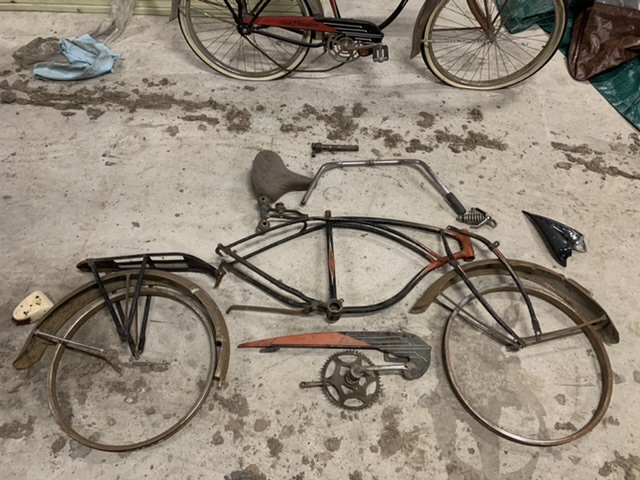 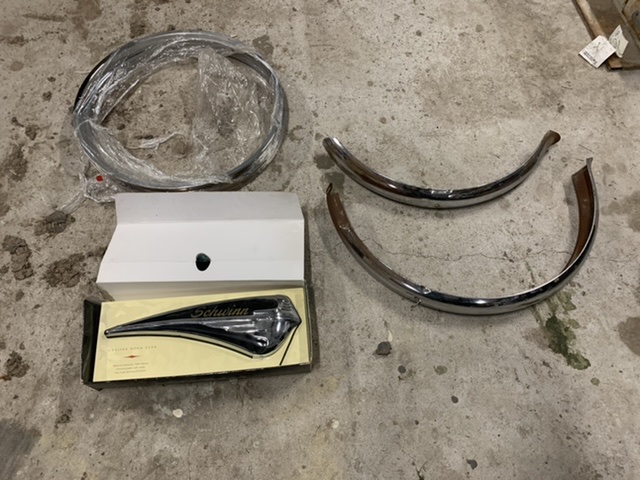