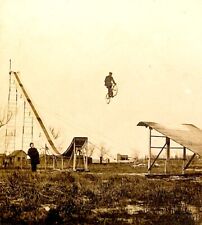 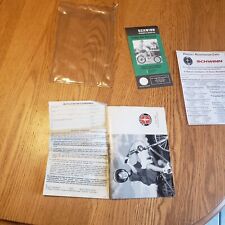 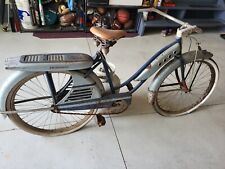 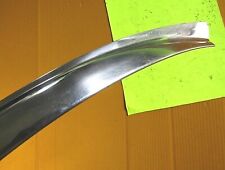 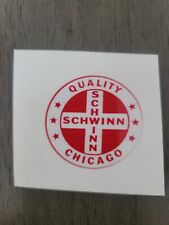 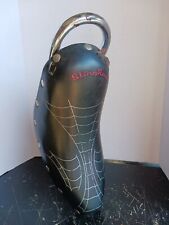 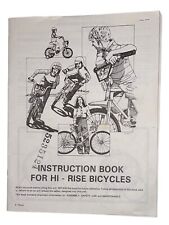 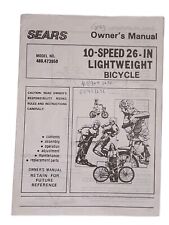 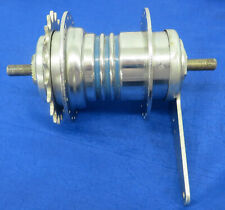 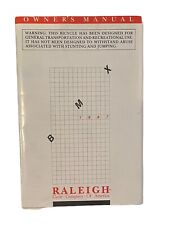 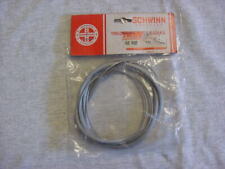 Finally able to ride it and get to the park to take a couple pics.
As bought, it wasn't ridable. many of the parts hung on it were for show, and didn't play well. I also got rid of several of the Italian parts and replaced them with proper English or French pieces. Still have a few of those to go. But that's what makes it fun to me. Getting it back to where it should be.

According to the MacLean registry, thus frame number KB31 was made in Jan/Feb of 1950.
Somewhere along the line it was given to Bob Jackson's shop for a rebuild.
It gives me great satisfaction to be the first to ride this bike in 40+ years. The previous owner built it up from a scantily built frame directly from Europe and had it on display for several years. He says that he never rode it. Really, he couldn't have.

MacLean was a handbuilt shop in England that built bikes primarily to owner/buyer specifics.They made standards for sale on their own sales floor but you could walk in and get the geometries and fittings you wanted. Their Touring and Club models were the same frames with the only differences being their parts. The racing and track frames were scant, light, and desired. They were fairly expensive for their day. Holdsworth bought them in 1962.
I am still on the hunt for proper rims, Crank arms/Ring, Hubs and other small parts but it really rides well as it is.
If anyone knows, I'd like to know the maker of the ring and arms. The only stamping is "Italy" on each of the arms. They will eventually be replaced but its good to know.

Notice the chain stays. No crimps at the BB on either side, on either stay. Im told this is an identifying feature of a MacLean frame. 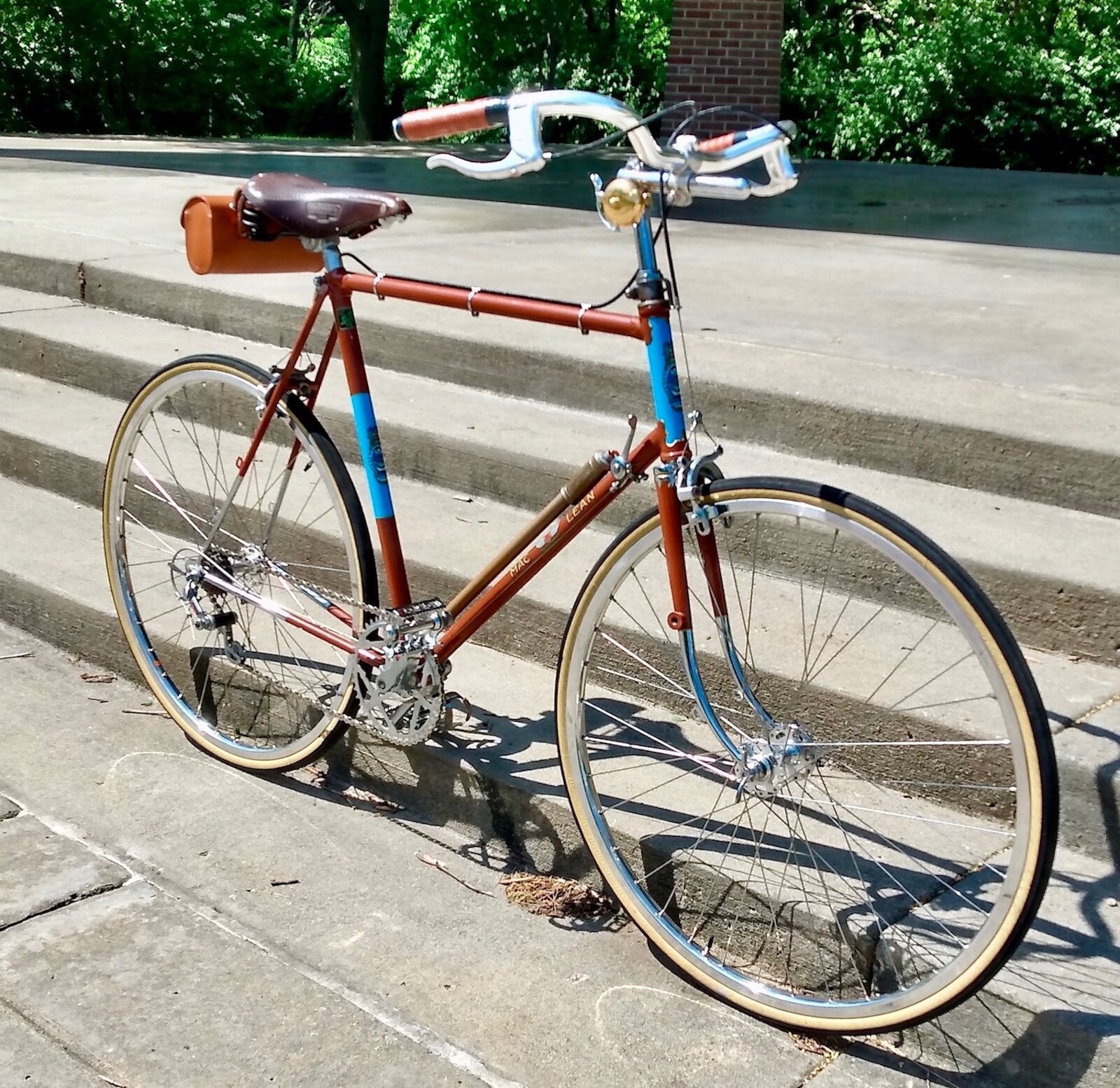 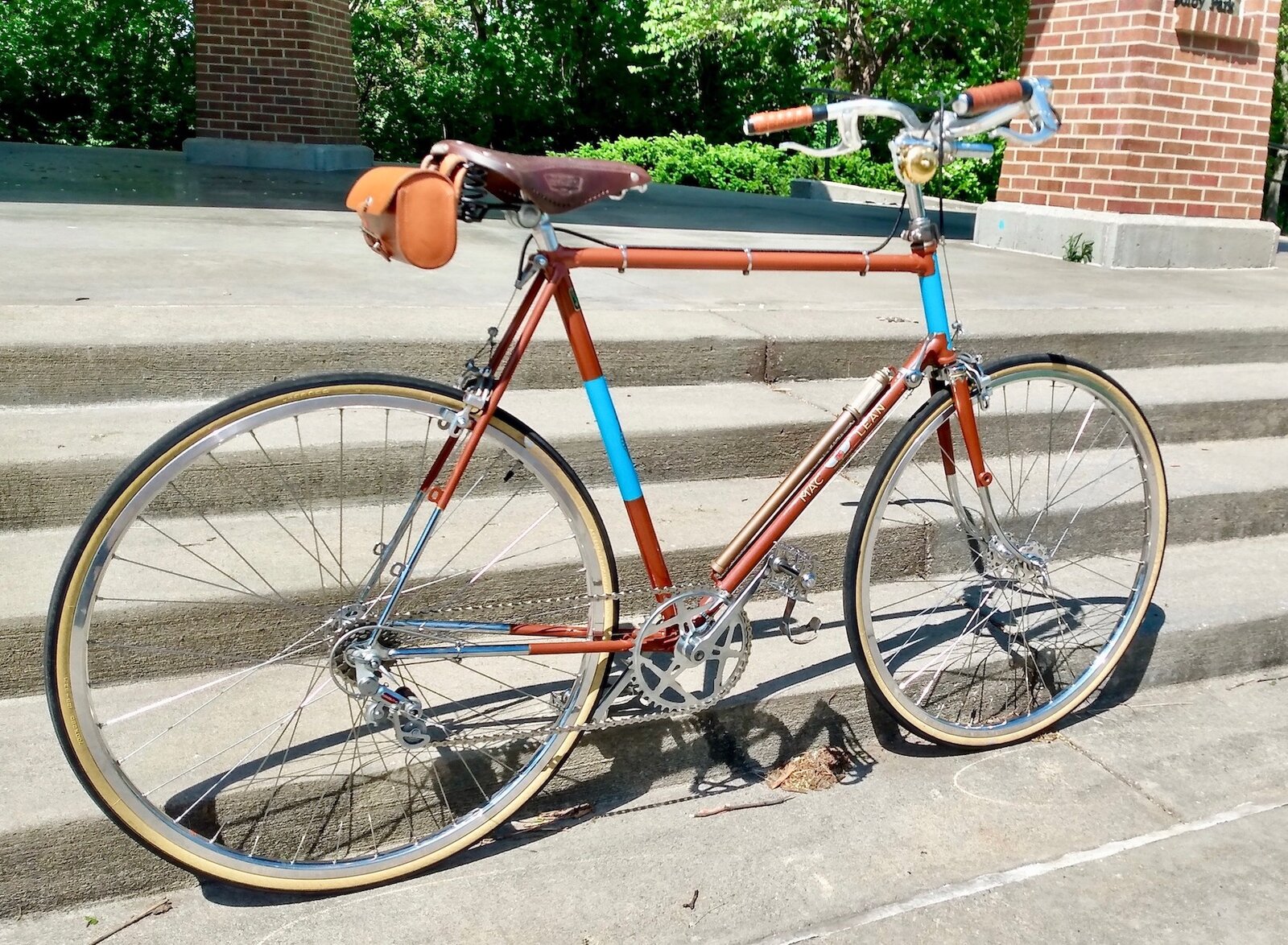 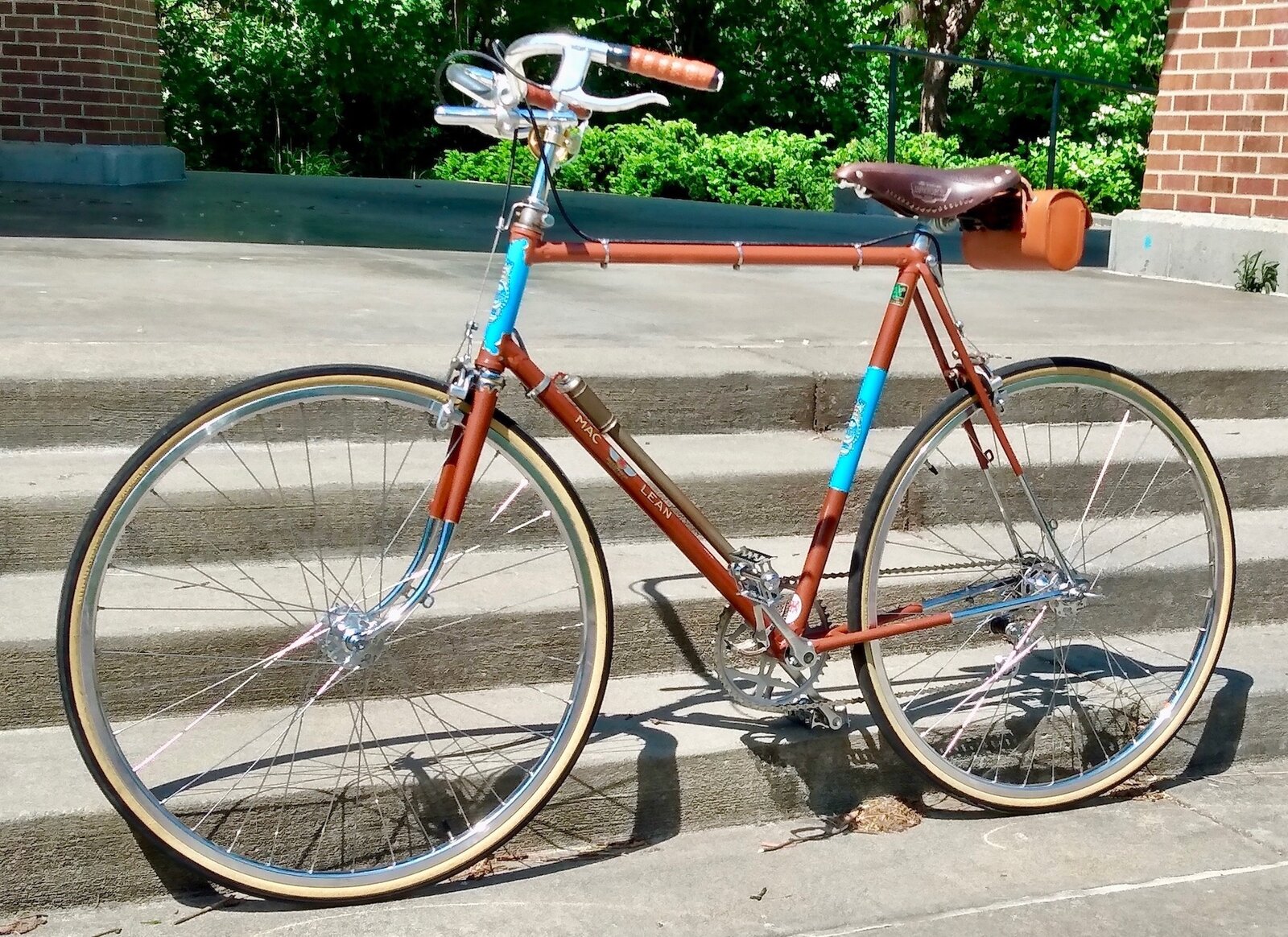 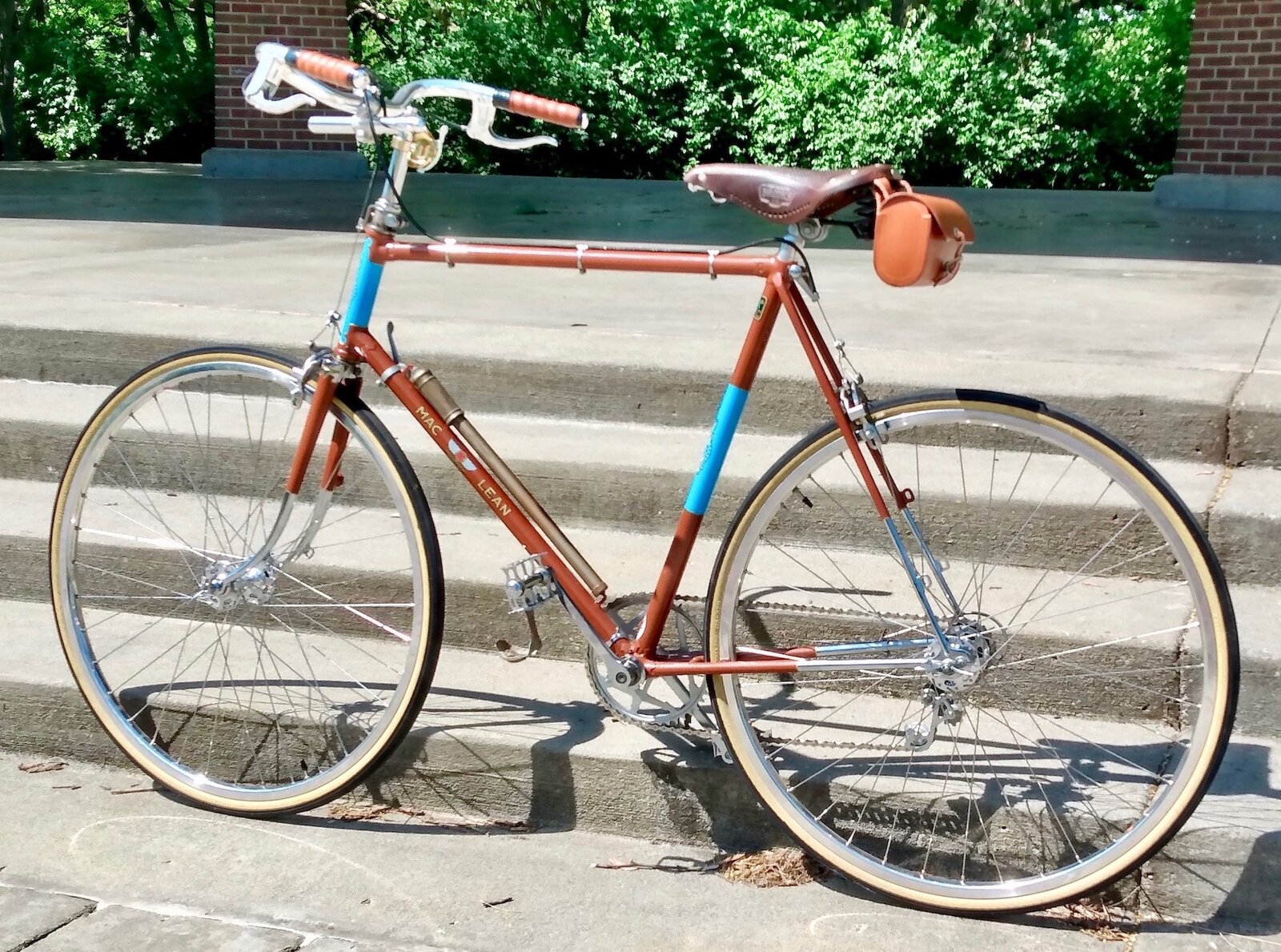 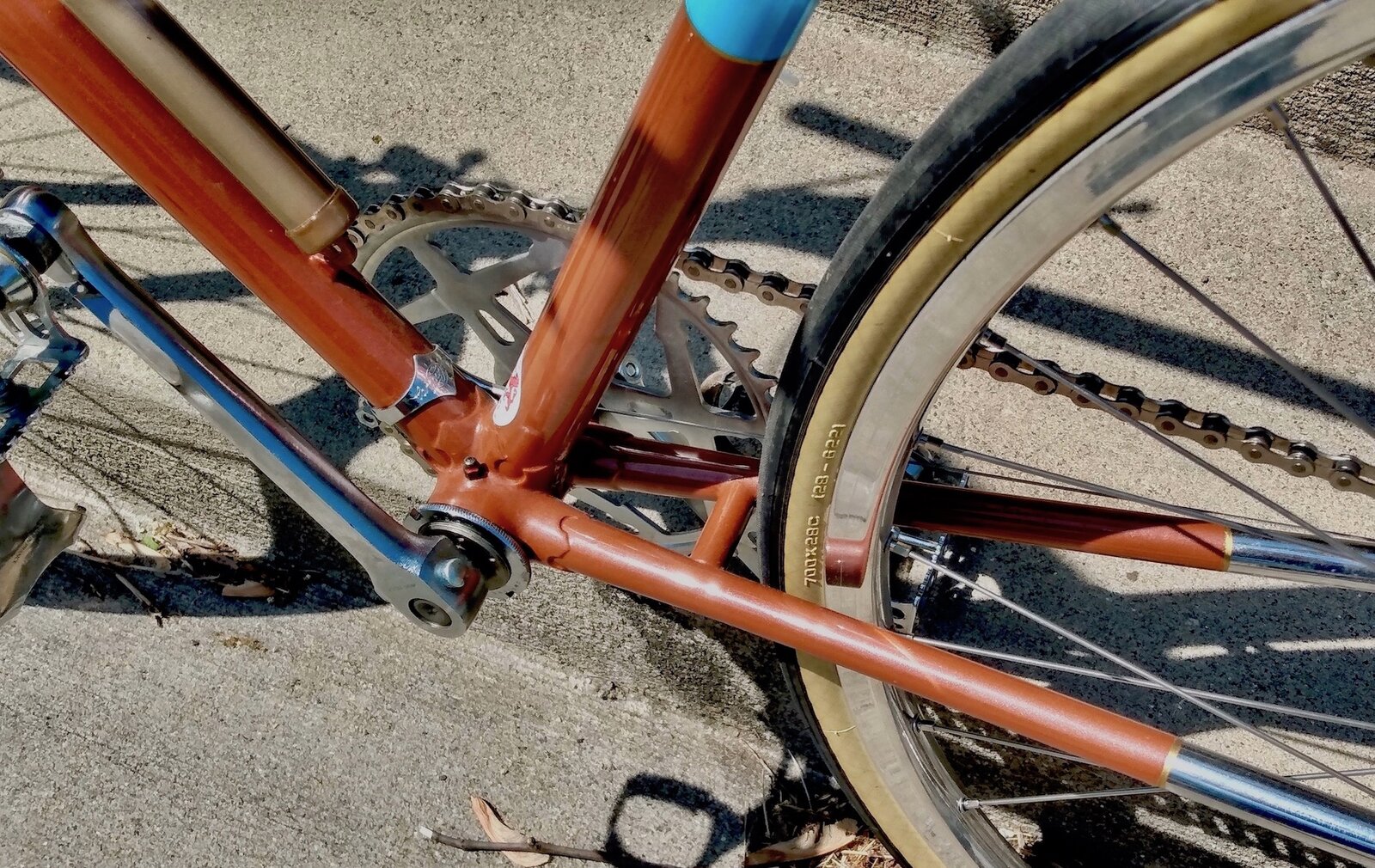 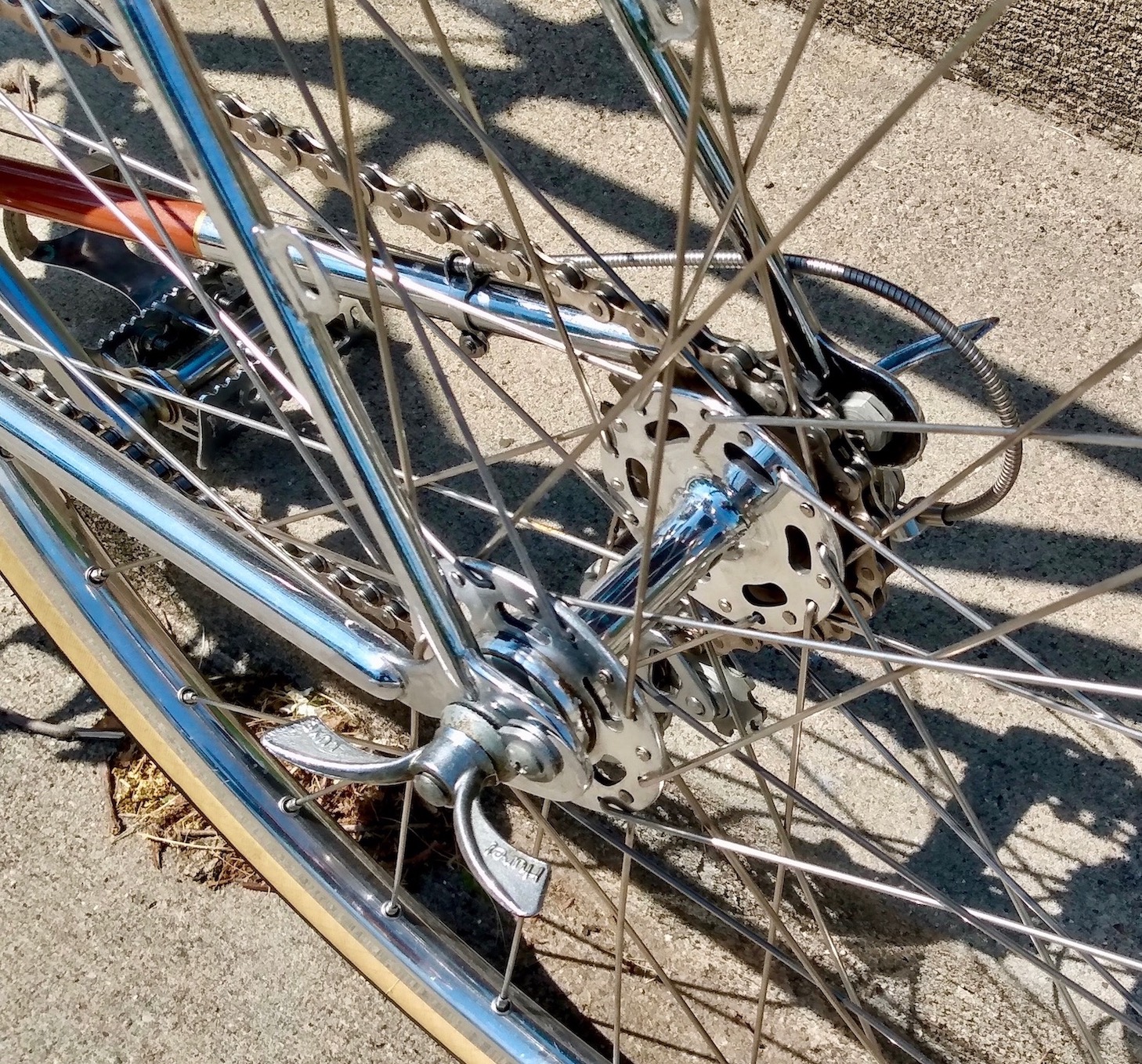 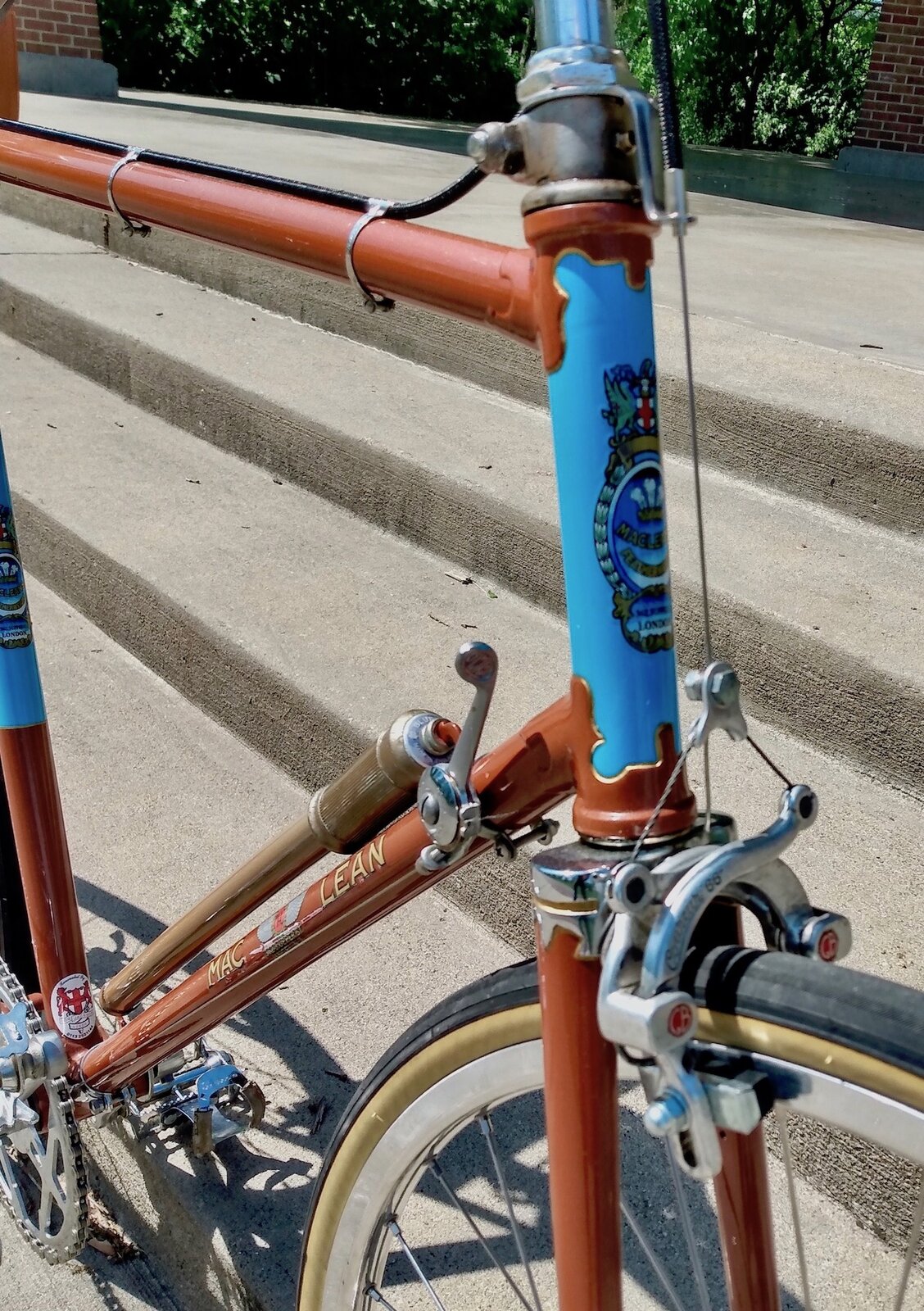 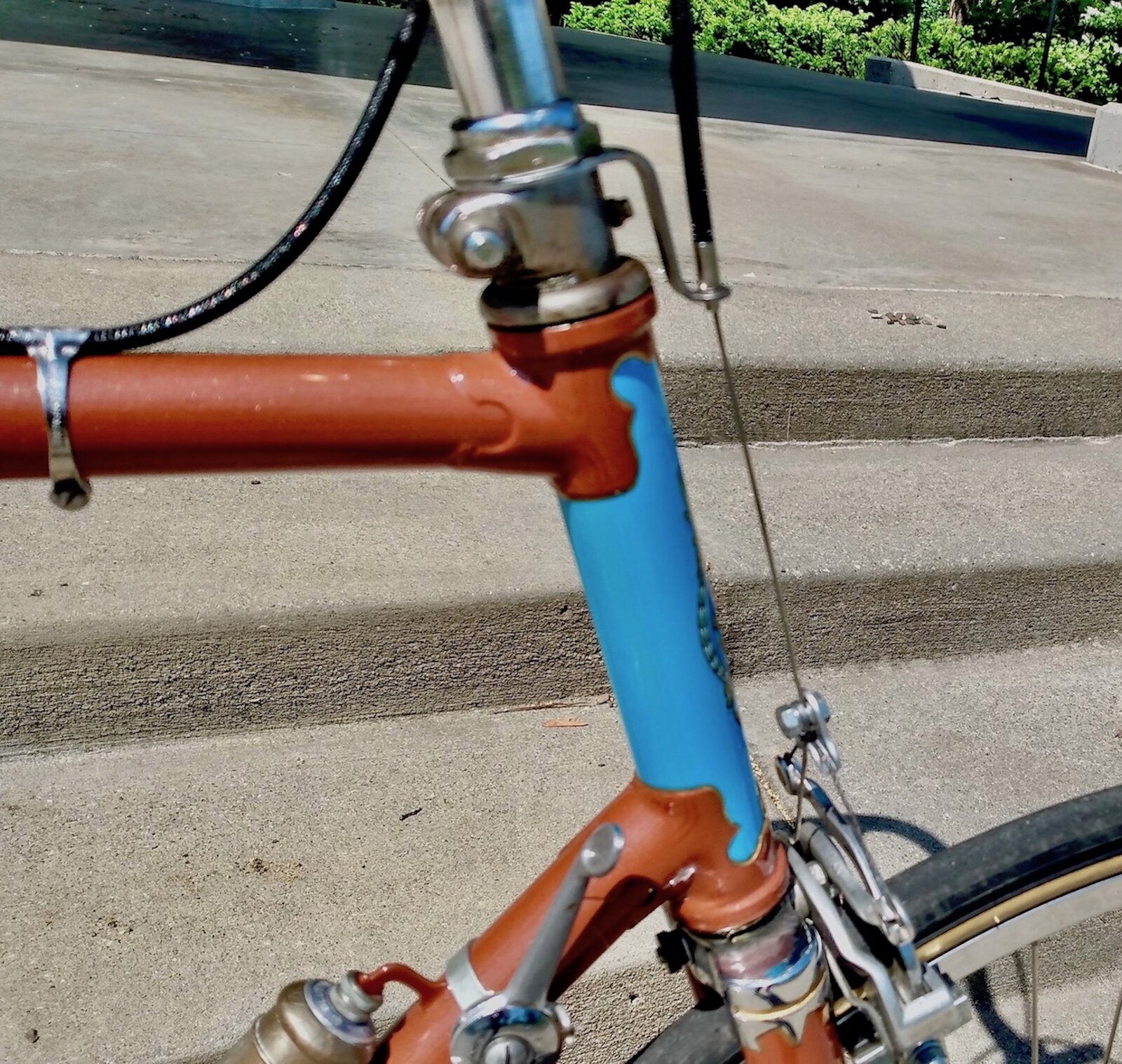 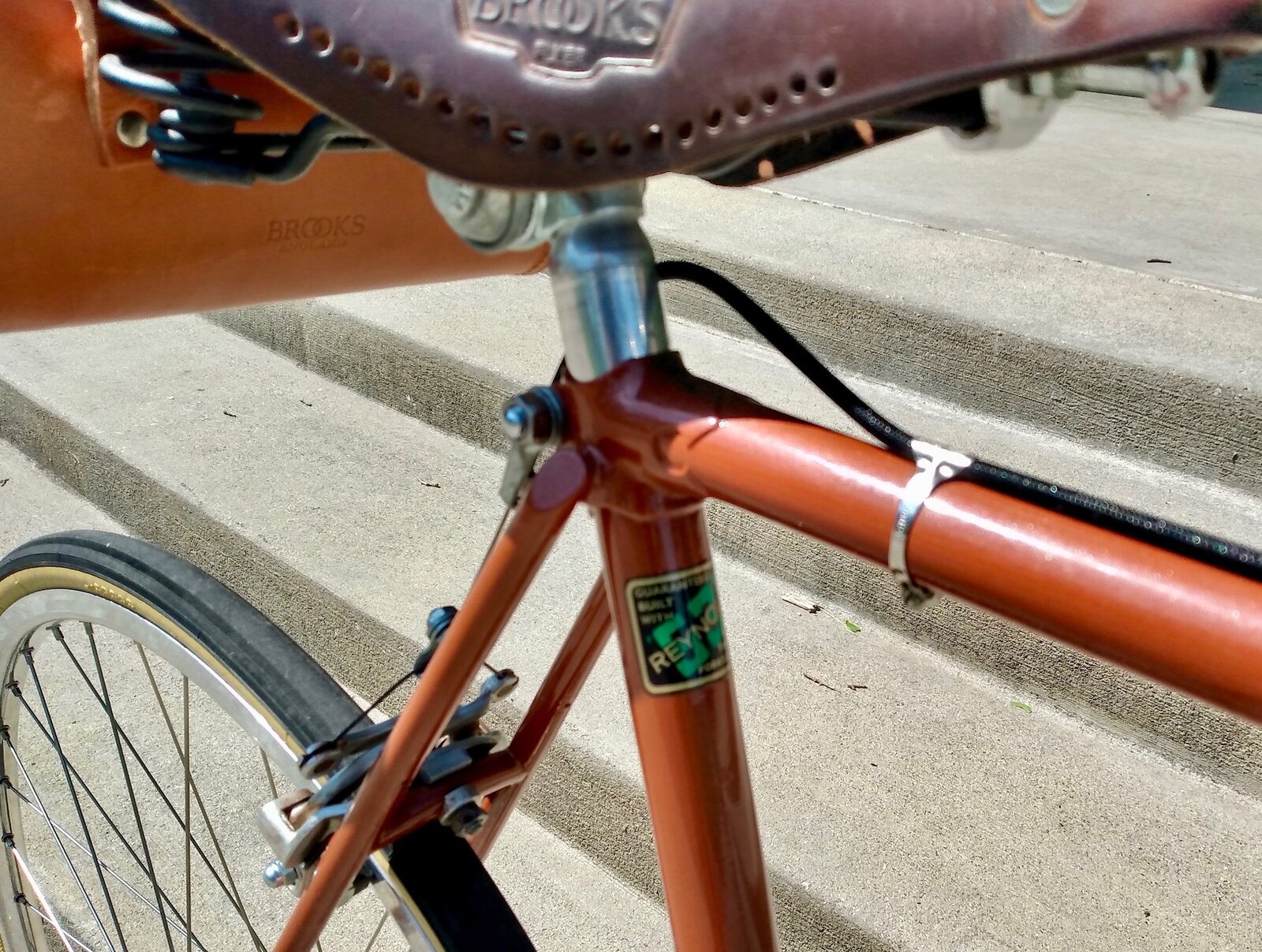 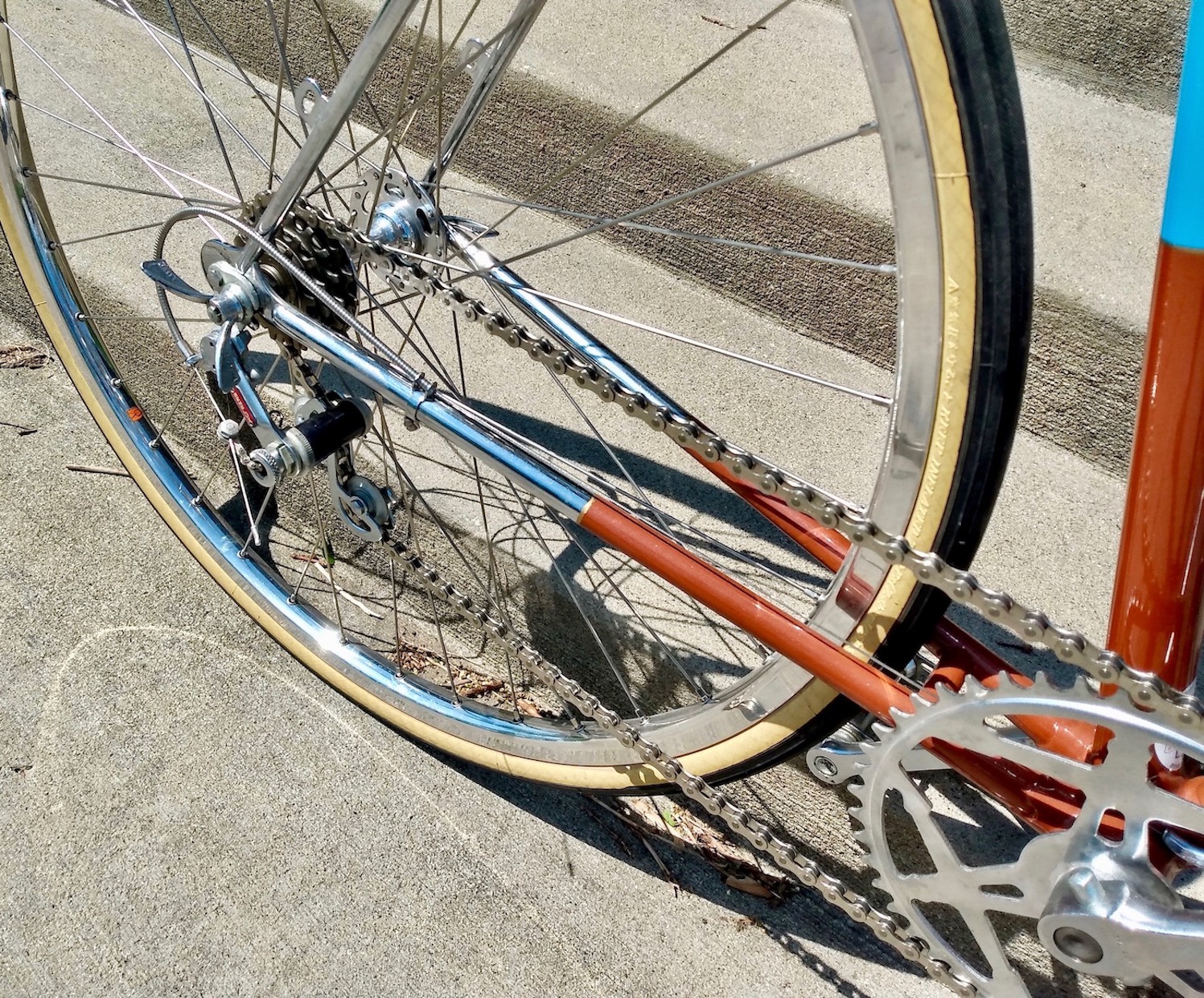 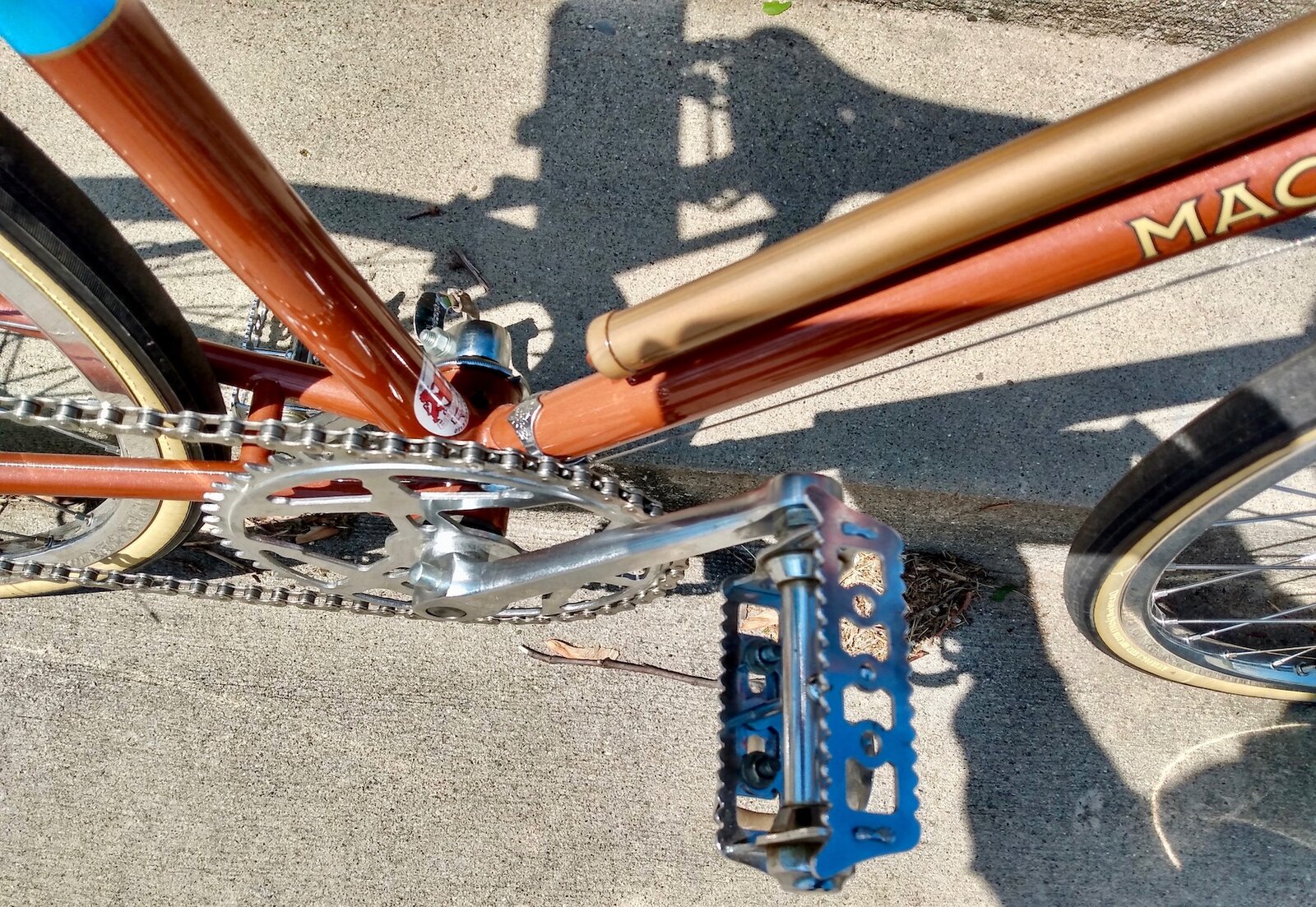 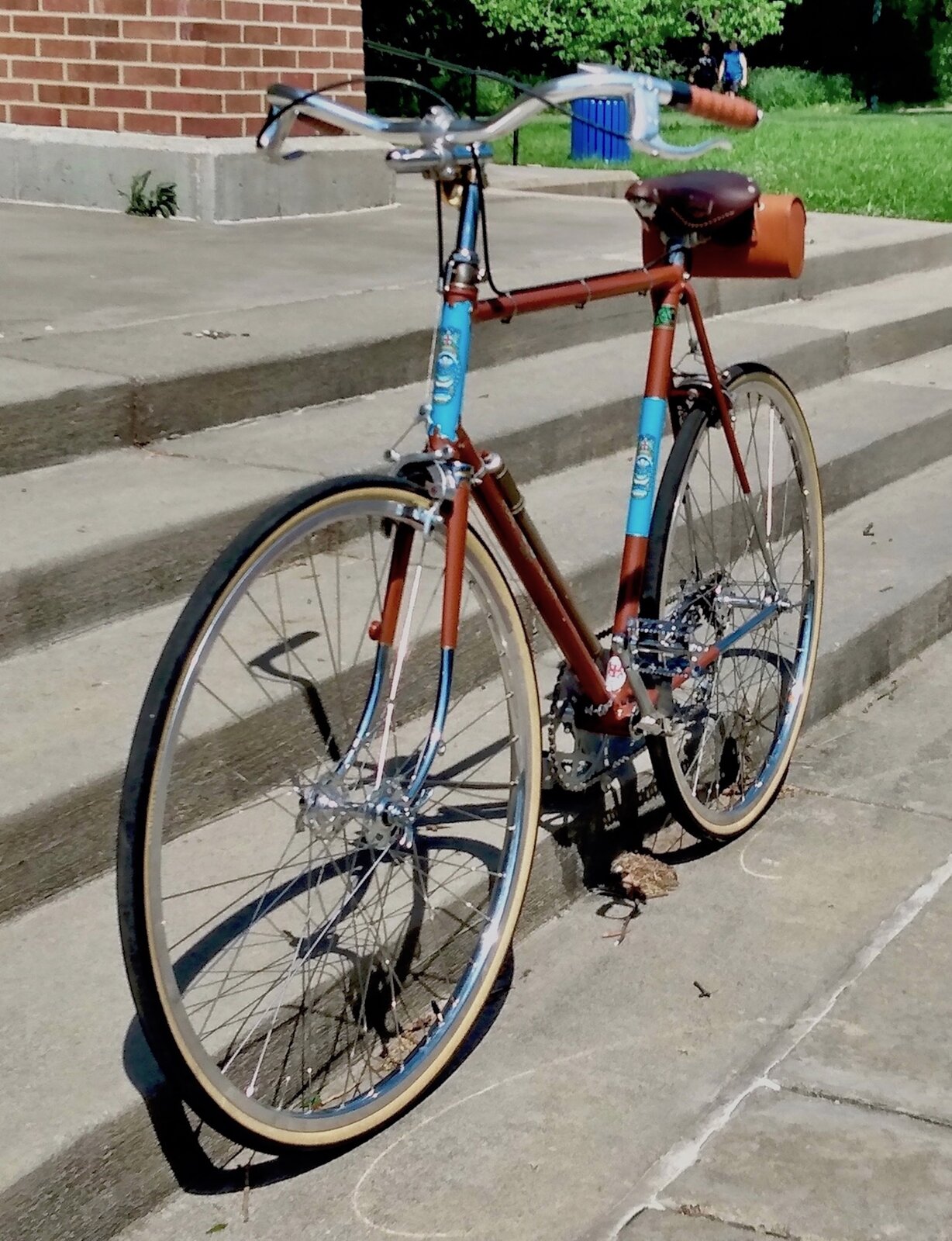 believe chainset to be a Way-Assauto product

IIRC can be seen in the famous Bozzi catalogue of 1950

the arrows pattern spider is distinctive

it was also employed on models with replaceable chainwheels

could have been a model from Phillips, for example - 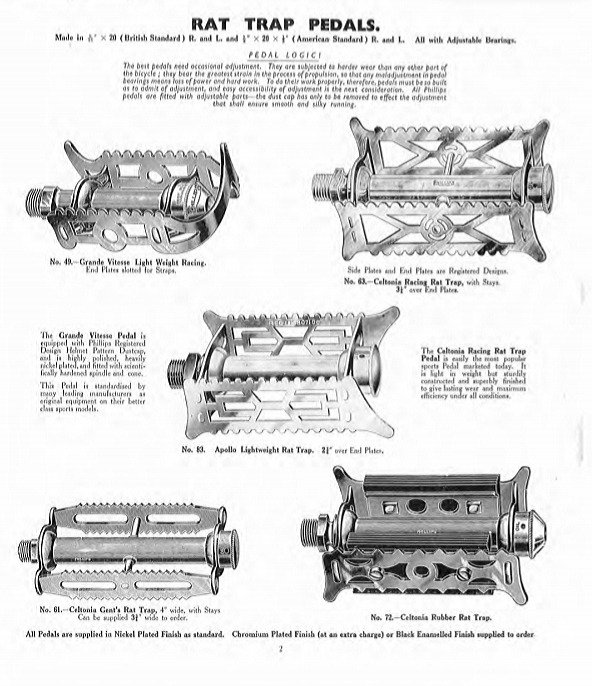 the Celtonia model would be plausible in terms of era, national origin and quality

also, saddles and cycles were produced with this name

seat binder should probably be Gripfast, this would be a good choice for the wingnuts...as would GB

Gripfast wedgebolts might look a bit better on there as well

bottom bracket spindle is too long or has bearing shoulders too far apart for the shell; perhaps shell is one of those underwidth 66.5mm fellas...

may carry a marking on the underside: 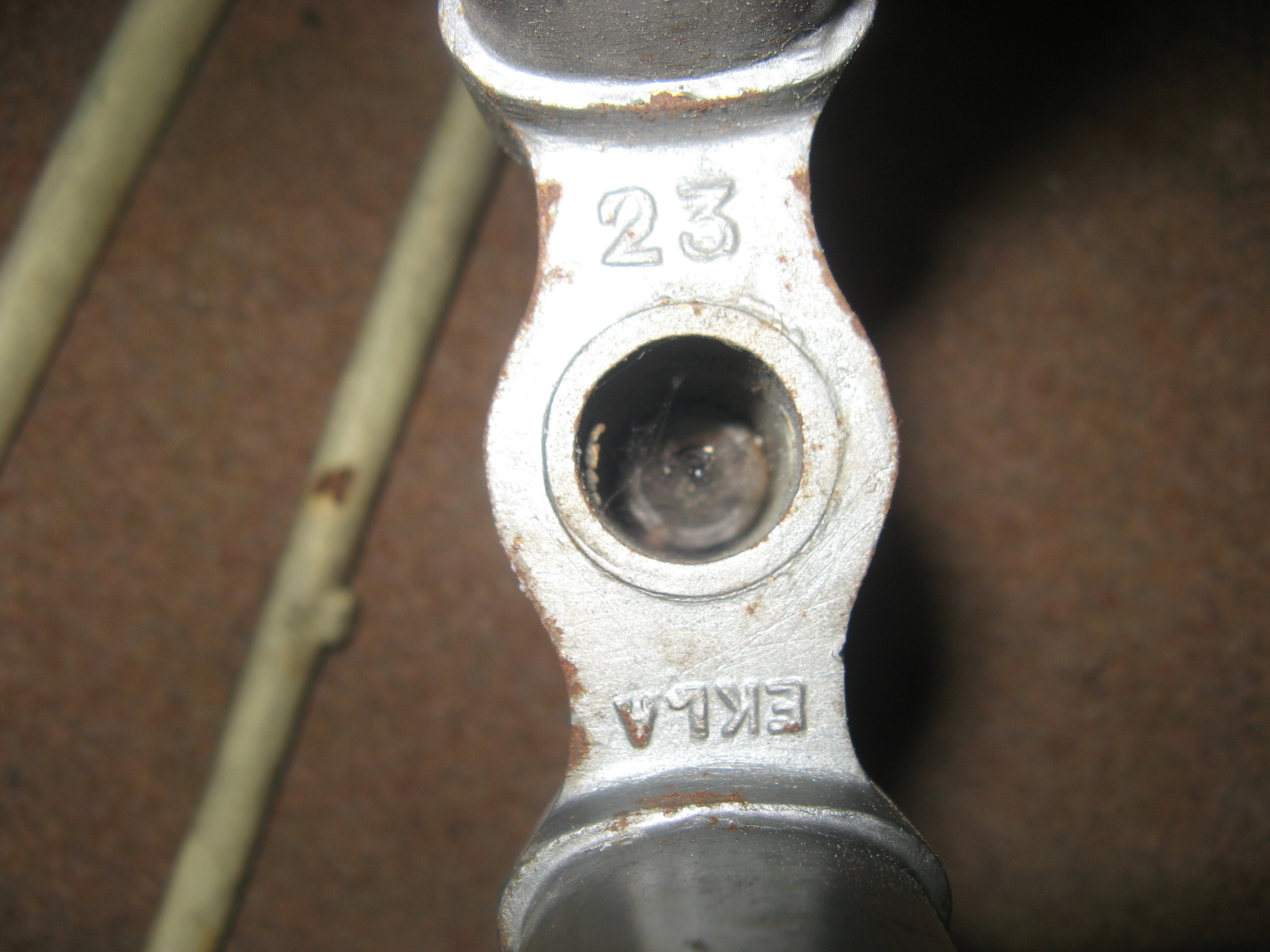 frame appears to be constructed with rapier pattern chainstays

Yes, there is a lot to do, but at least it rides well now. Luckily, the parts I have taken off have so-far, more than paid for their more correct replacements.
Correct period parts are unfortunately most often found in England. I could probably save on postage by taking a trip, doing a few county pub crawls and bringing them back in my luggage.
Thank you for that ring ID.
Last edited: May 30, 2022

This very nice Mac lean , was probably sold new in 1950, as frame set to be built up by owner. As such, components could likely include Lyotard pedals. Either the model 36 shown, or the 490D alloy rat traps. Both pedal types offered by Lyotard, basically unchanged, for decades! Mostly needs Williams, BSA , or Chater Lea chainset / bottom bracket sorted. Great early postwar british lightweight.

dubsey55 said:
This very nice Mac lean , was probably sold new in 1950, as frame set to be built up by owner. As such, components could likely include Lyotard pedals. Either the model 36 shown, or the 490D alloy rat traps. Both pedal types offered by Lyotard, basically unchanged, for decades! Mostly needs Williams, BSA , or Chater Lea chainset / bottom bracket sorted. Great early postwar british lightweight.
Click to expand...

Yes, I notice a few Italian parts that don't belong if it is to be termed authentic. Yet the esoteric and lith of the entire bike are what is striking.
The calipers make me cringe a bit, then I stop looking so closely at the name and notice how they fit in exactly with the rest.. As so with the chain set and arms....
I need to stop looking...
You must log in or register to reply here.