I picked up this rusty schwinn behind an old gas station in New Jersey. The numbers on the rear say it's a 1956 schwinn. What are the other numbers on the bottom of the crank housing? The chain guard says tornado. And the fenders match. I'll let the pictures show the rest. It's been this way for a long time. I changed the wheels and tires to make it rideable. Kept the old ones. What is this thing? 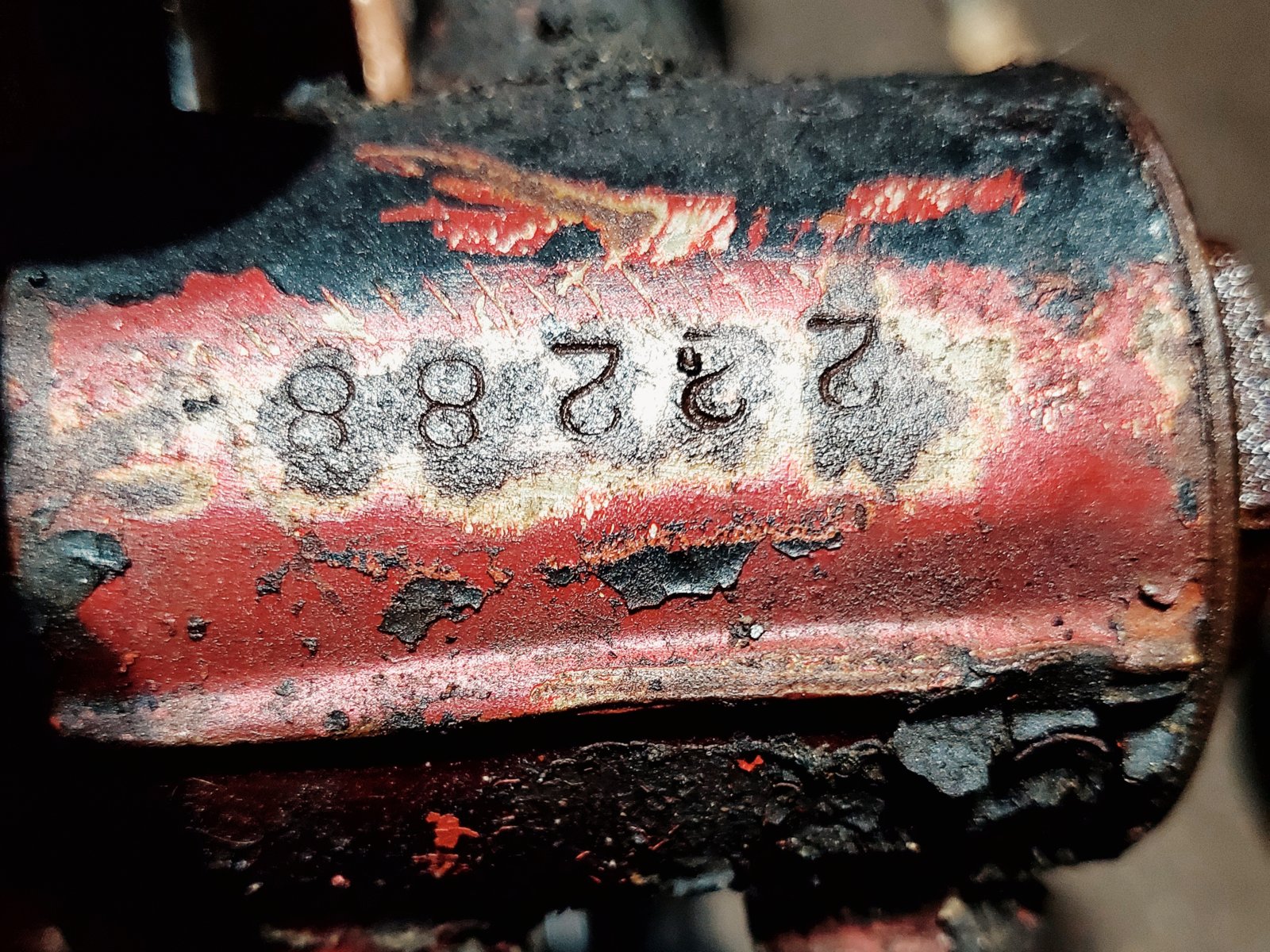 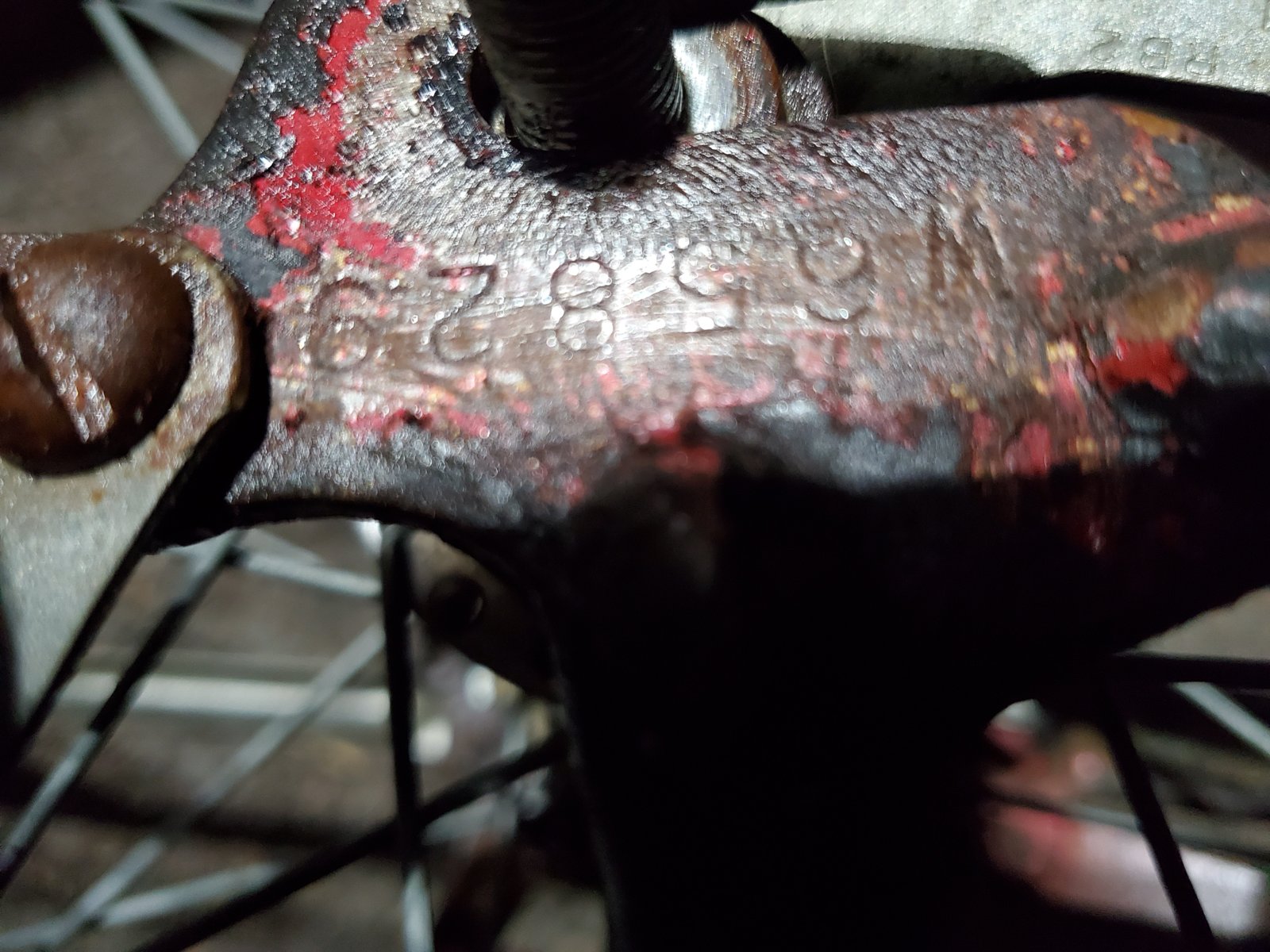 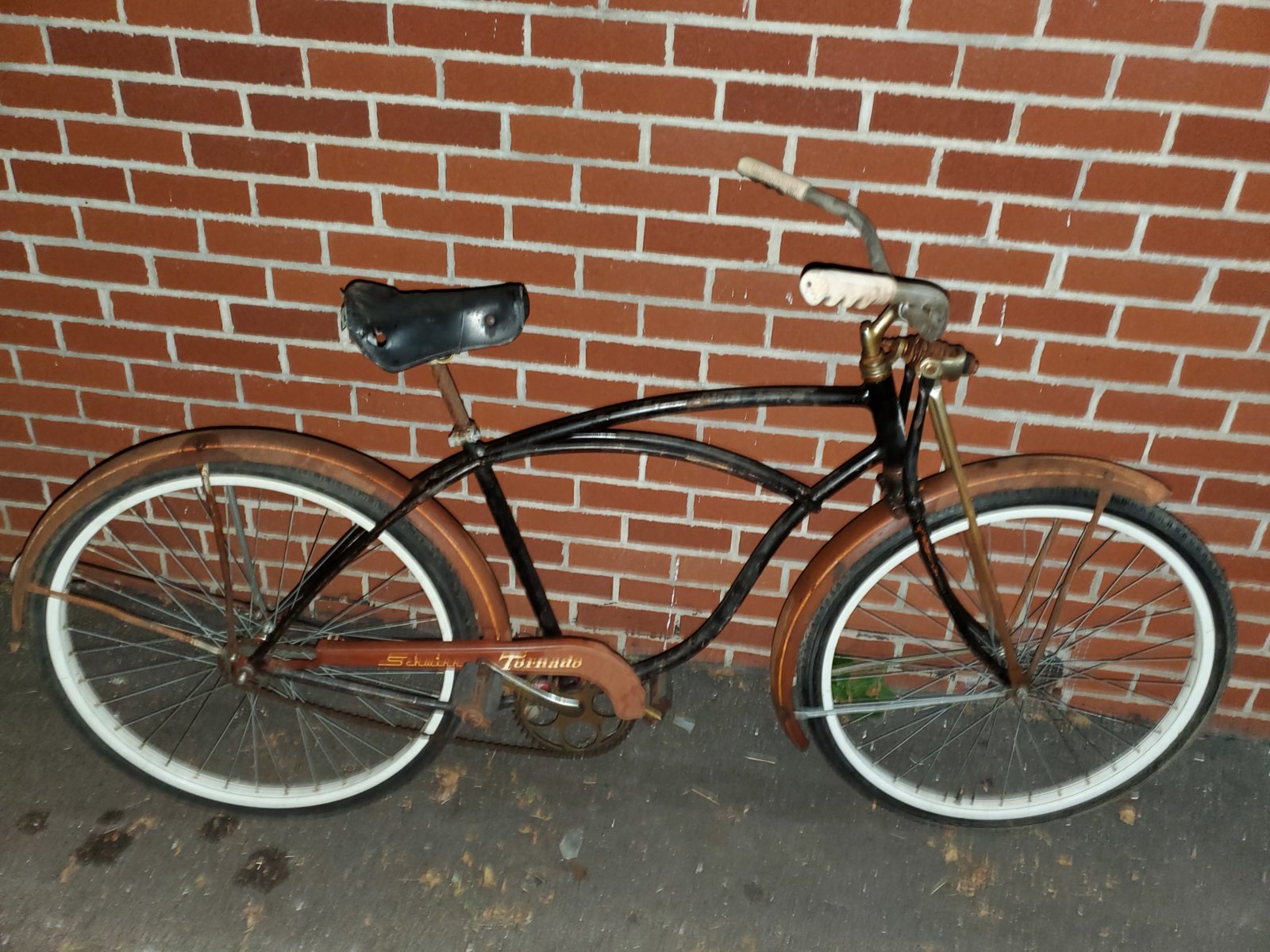 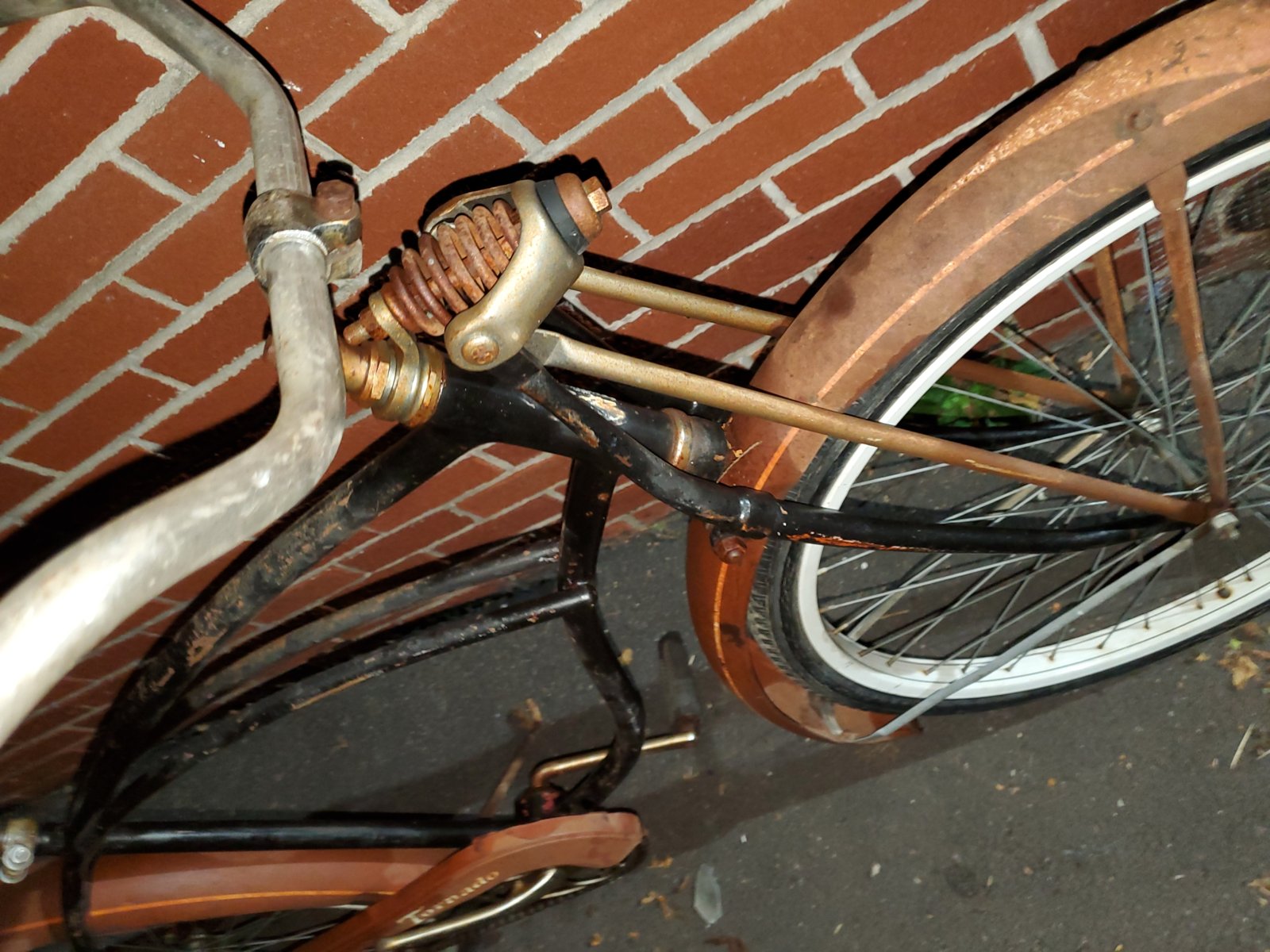 No telling what that was originally. 56 was the last year for most all of the balloon models with the Phantom and Wasp being the only ones that continued until they ceased to be produced. I can say that wasn't a Corvette or Tiger and I can't tell for sure if that's a balloon frame. Just about all the parts on there are not original to the frame. The numbers under the crank are probably for a city license or registration.
M

Thanks.
Is it possible that a schwinn frame has 2 different serial numbers? It looks as if the rear drop down serial number is W65829. Then the number on the bottom of the crank housing seems to be 0222884. The number on the drop down suggests a 1956 build date. The other number on the crank housing suggests a 1957 build date. The frame does not appear altered. It seems as if the frame and locking fork belong to a deluxe hornet or a phantom? Especially with that type of springer.

The 22288 stamping under the crank was not stamped by Schwinn. I've seen a few Schwinns with two serial stampings and both numbers were machine stamped, that BB stamping was hand stamped. The springer fork is 2 years older than that frame, that style was last used on the 1954 models, but there was an option for the Phantom to have the locking fork in at least 1955. Is the frame a middleweight or Balloon?

Can not see the rear fender well enough but the front is not Schwinn rather, it's a Wald look-a-like replacement. 2 ways to tell; pin stripping is straight. On Schwinn pattern like this, it curves in as it gets near front of fender and same but curves in as it gets near rear fender tip. and fender bracket flat area next to the edge of fender is much greater than 1/4 ". They are also middleweight size which is why there's no indents needed to fit the springer. I think the rear is the original brackets and paint and that, would not have the big white dart , just stripes. Both original fenders would only have pin stripes.

It also leads to presumption that your frame is not a heavy type Schwinn ballooner and it looks like you have replaced the rims. Ballooners have wide S2 rims while yours appear to be what it would have had originally, Middleweight S7's. Your chain guard is not listed until 1959 but could be a late 58 too. Regardless, it's a mis-match on a 56 frame. Without the correct fork, it could be any number of boy Schwinn in 56-57. But because frame does not have bracket for rear canti brakes, it's prob something like a 56 spitfire or a 57 flying star: 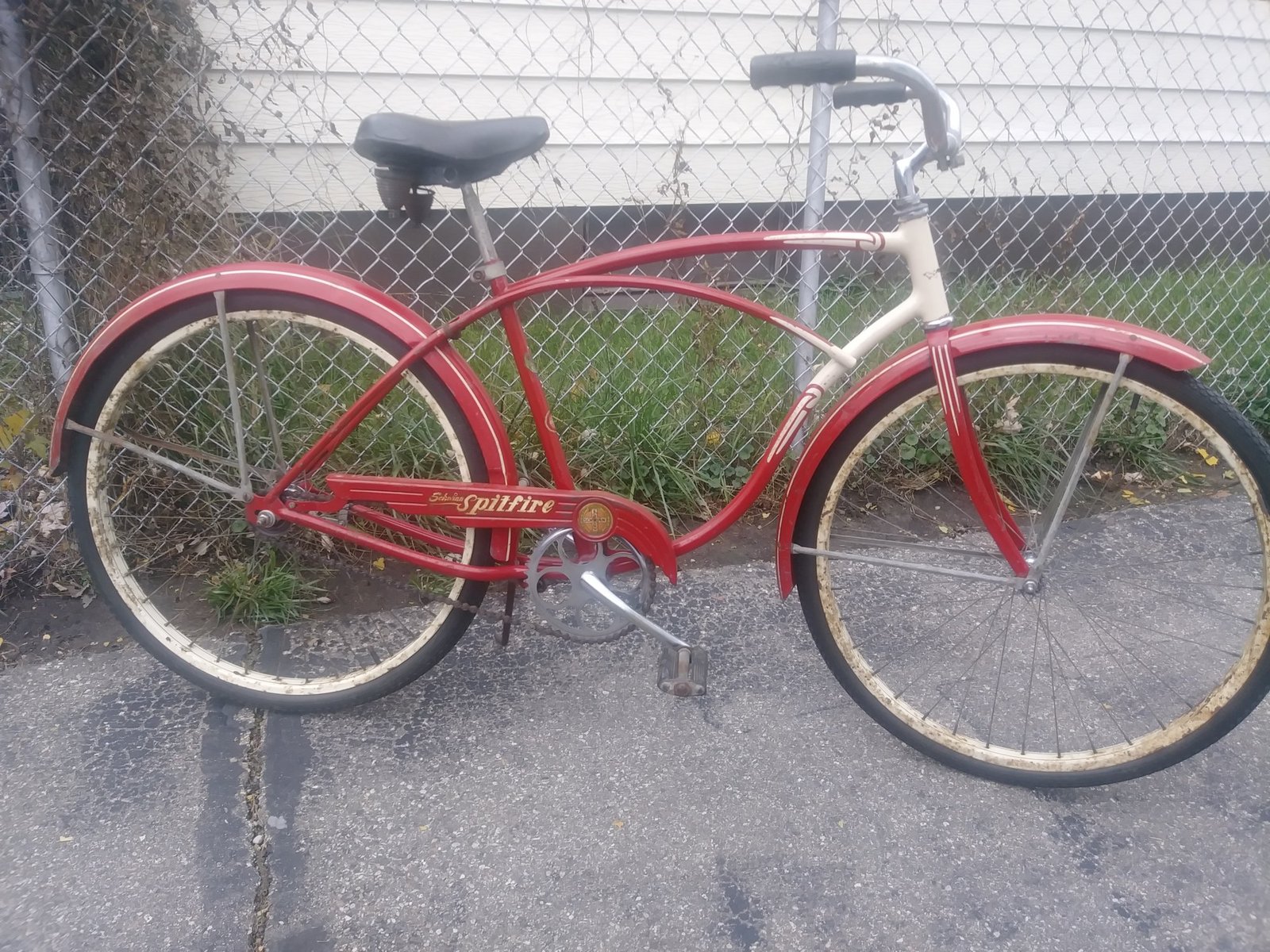 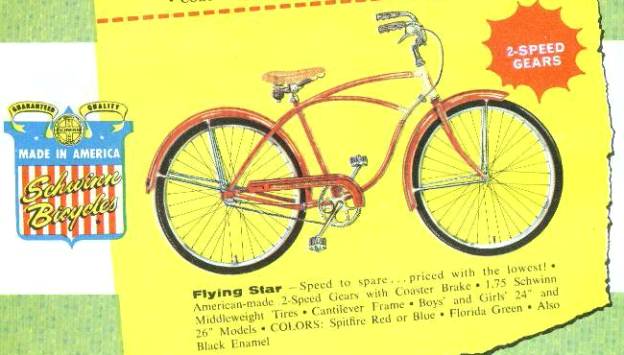