Hello all,
I am new here and have a '1957 Corvette 3 speed I recently acquired. A rider, but with too much patina for me!
Too much bubbling rust spots for me.
This bike is missing quite a few parts for keeping it an original stock Corvette.
What is original is the frame & fork, Sturmey 3 spd hub/shifter, crank (not the chainring) chainguard, maybe the stem, not sure on the bars but probably not. Plenty of rust/patina on the bars though.

So... BMX restomod it is! In a deluxe sort of way. It won't be a full stipper bmx 'race' bike. ...Just contemplating keeping the chainguard on it, the deluxe '59+ seat I acquired in phenominal condition, the SA hub and shifter.
Chrome bmx cruiser forks are on the way. Some sort of 'different' colored tires too. Single rear side pull for the moment.
Putting back 26" wheels on it, as someone was running it with 700c.
Its a vision!
I have found a very nice two stage powdercoat candy apple red for it. Might vary from the original color paint slightly, but close enough. I have decals on the way too. So a 2021 1957 Corvette it will be!
I am open for ideas, do'd & don'ts and opinion!
I am starting this thread rather early, or just at the start of my refresh. ...Acquiring parts. ...Returning parts because vendors don't send out the parts they describe they are selling. Oh well, it all happens in time!

So far, bars, stem, seatpost & a couple of seats... Mocking up for the time being. 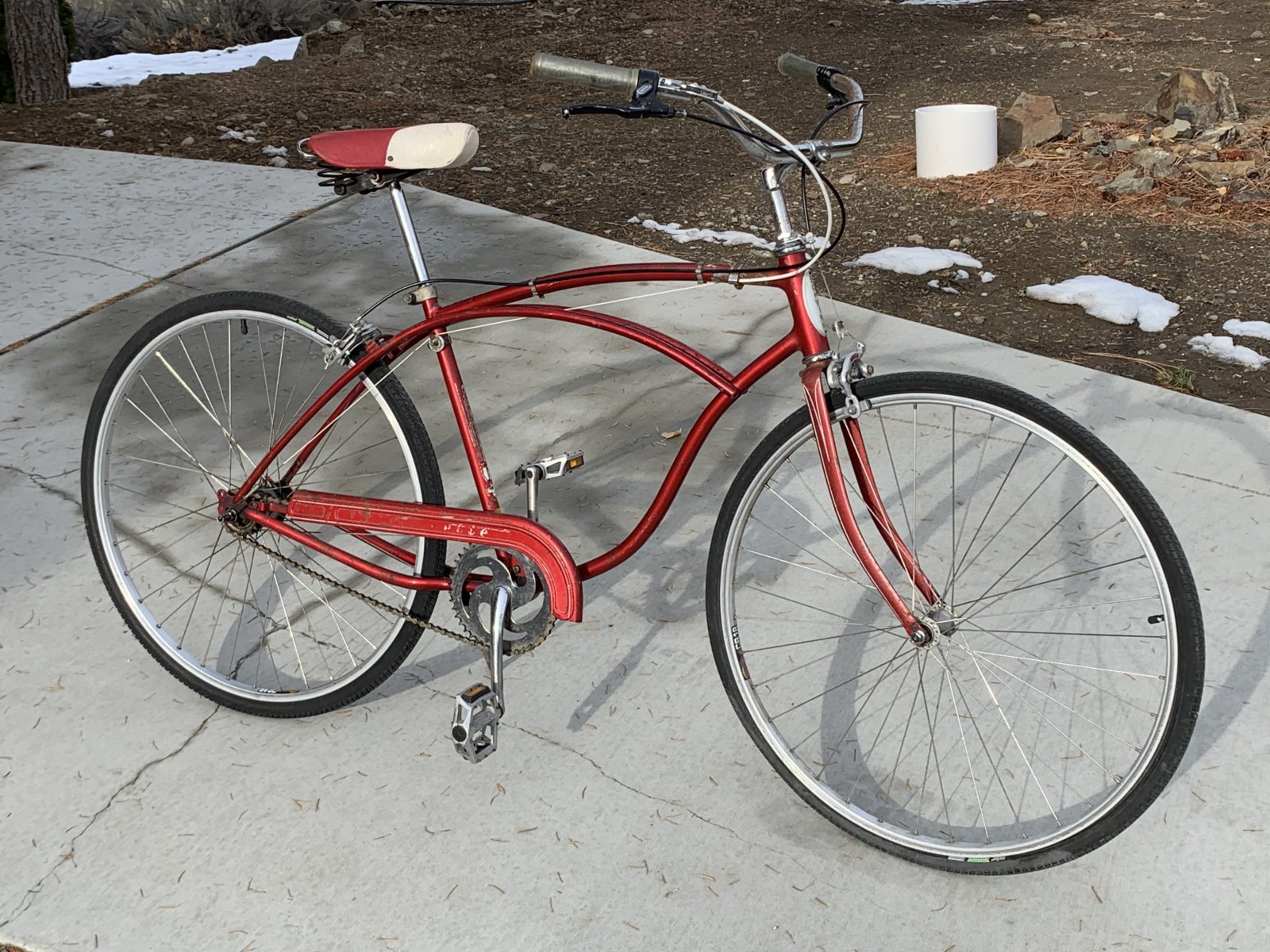 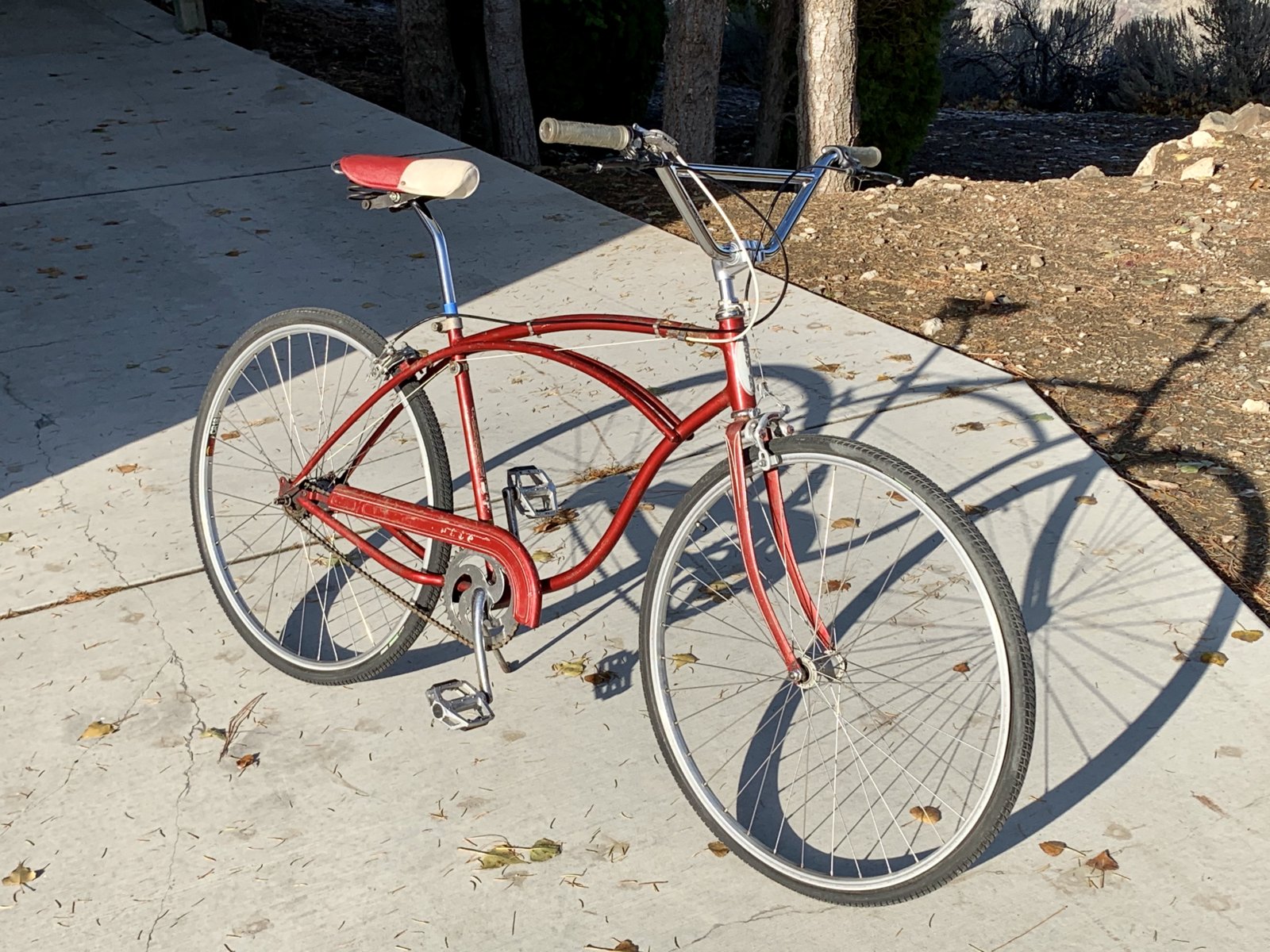 Thats all I got, and progress will be moderate.

In my second pic above my seat fitment is correct. I had to ball hone the seat tube (my local shop did it for me in 5 and free as I know him). The seat post would not slide in easily at all. Now it does. Guess I need a couple of ball hones.
Received the bmx forks today, plus grips. And diamond tread tires. My friend at the shop has rims coming and will build my wheels.
Oh I acquired a nice old Mailard high flange hub for the front. ...Gotta polish it up. Along with the SA hub. 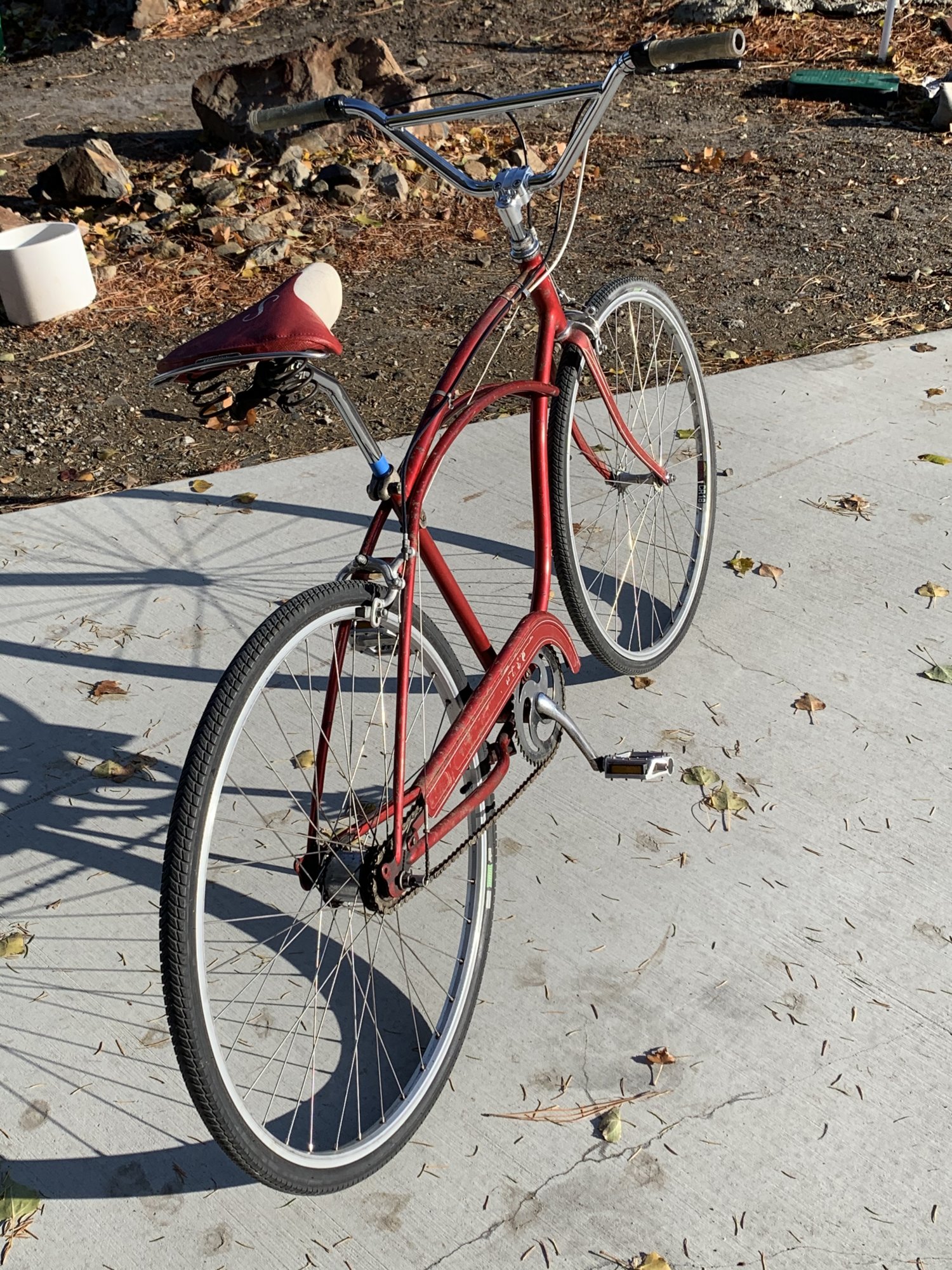 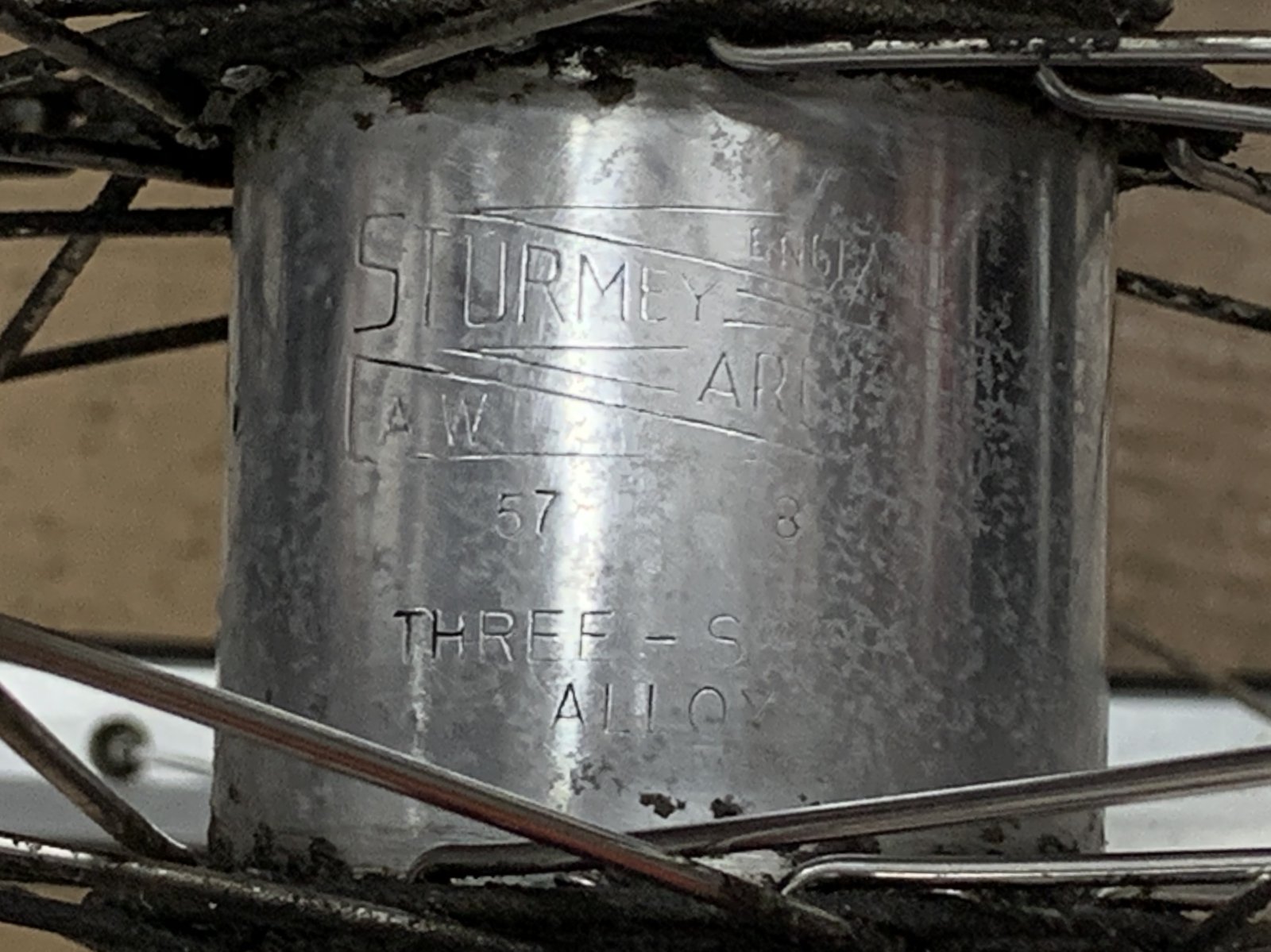 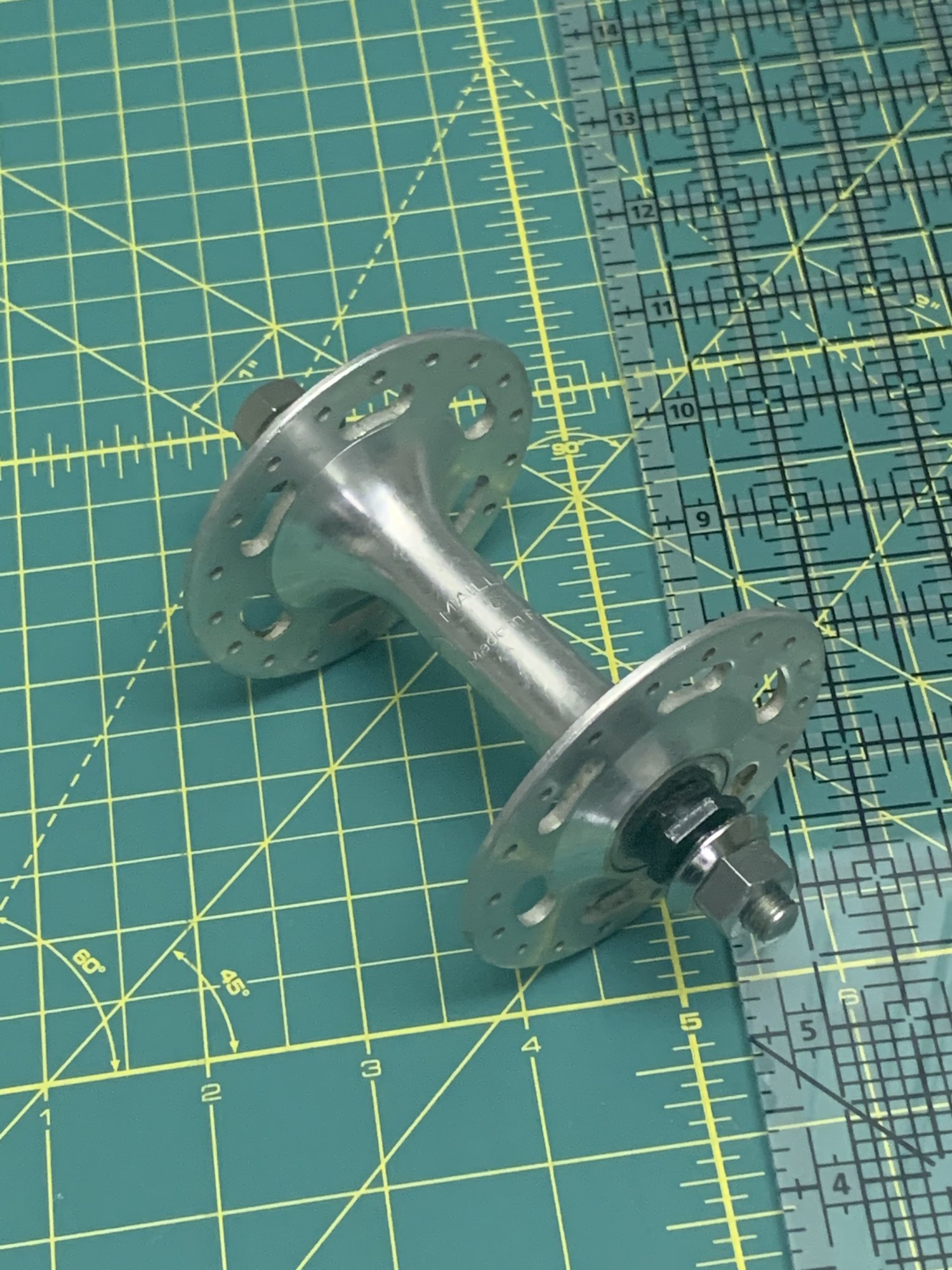 SE Landing Gear forks went on today. Nice beefy forks.
The theme of my bike is simple cantilever bmx cruiser. No reinvention here.
Going for a 'factory' look so choice accessories of which there will be very few. Two sets of handlebars too, so I can do bmx or a beach look.
This is just the mock up! 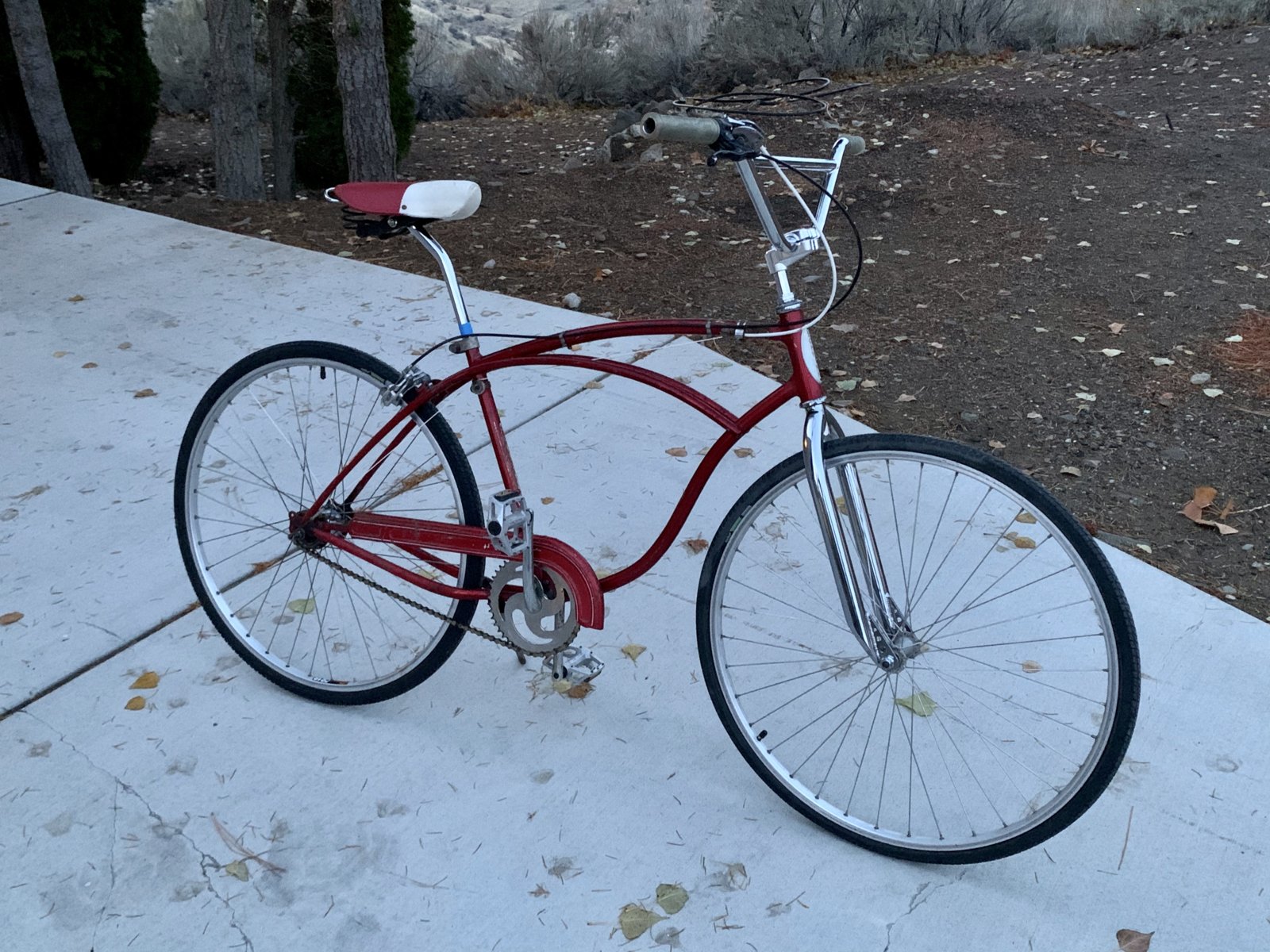 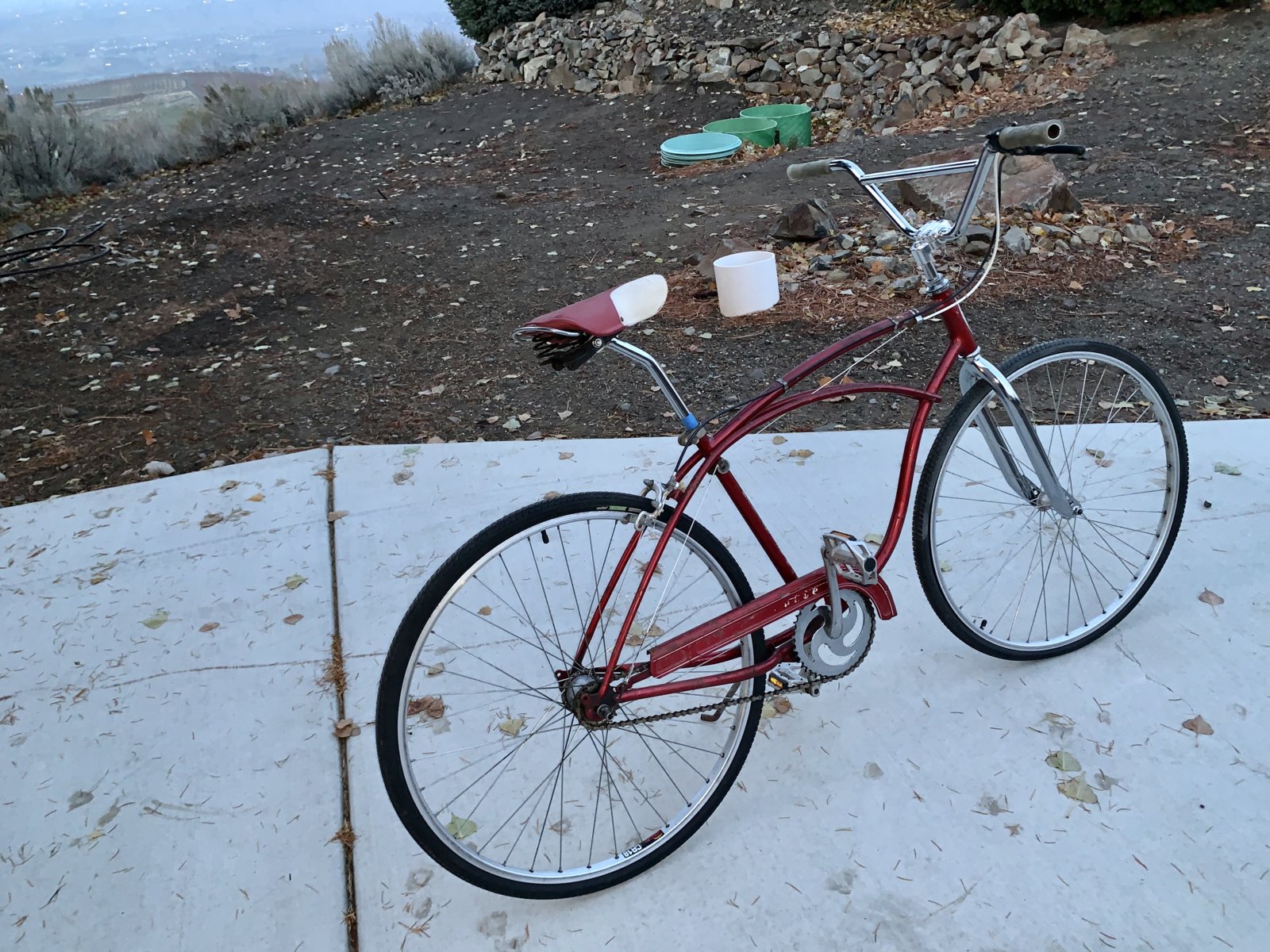 Saturday at 7:29 AM
KingSized HD

The epic revival of the Worst Cycle-Truck ever