Found this for sale. Thinking about buying it for a rider. How much would y'all pay for it. Thanks Big Moe 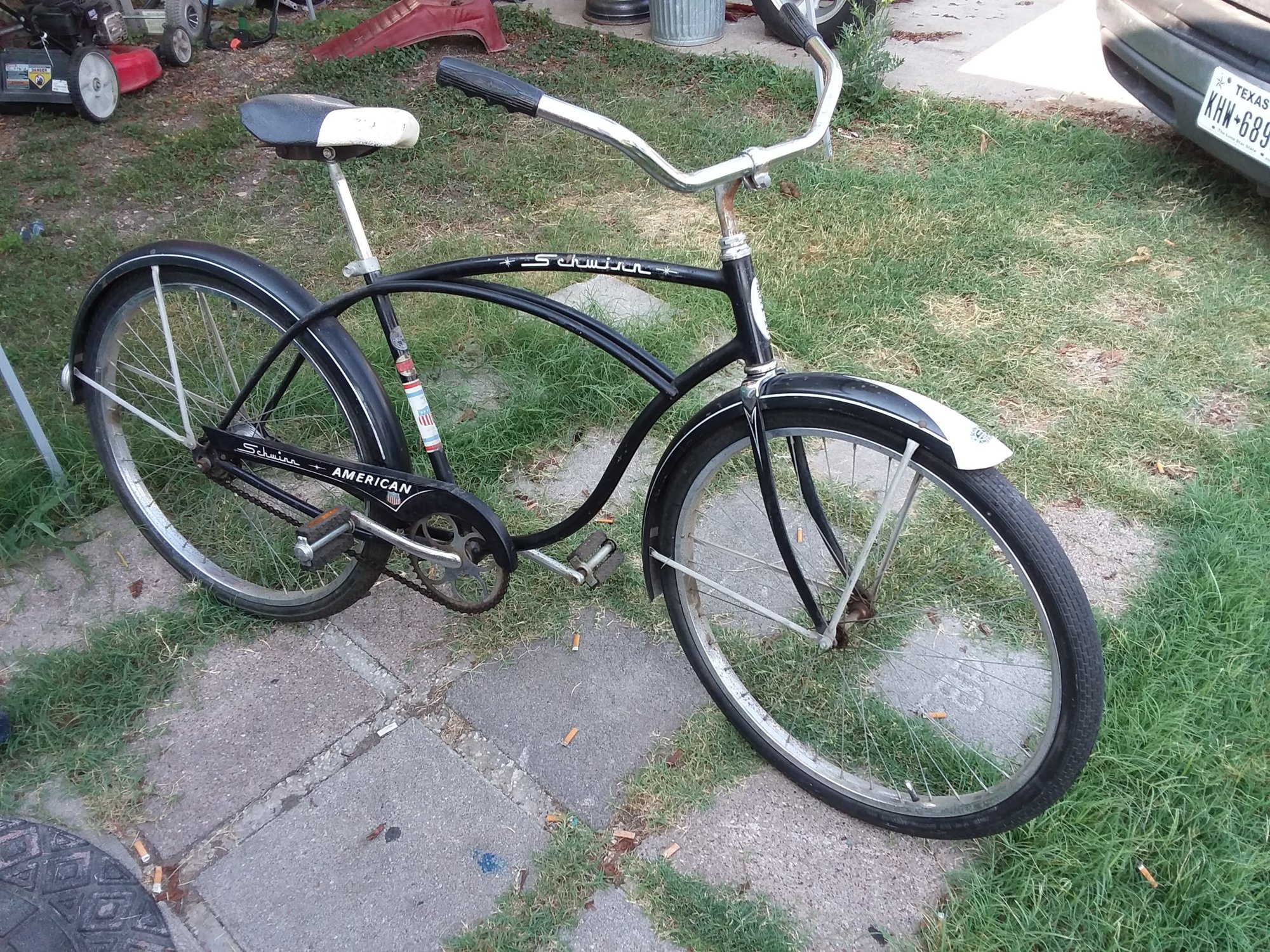 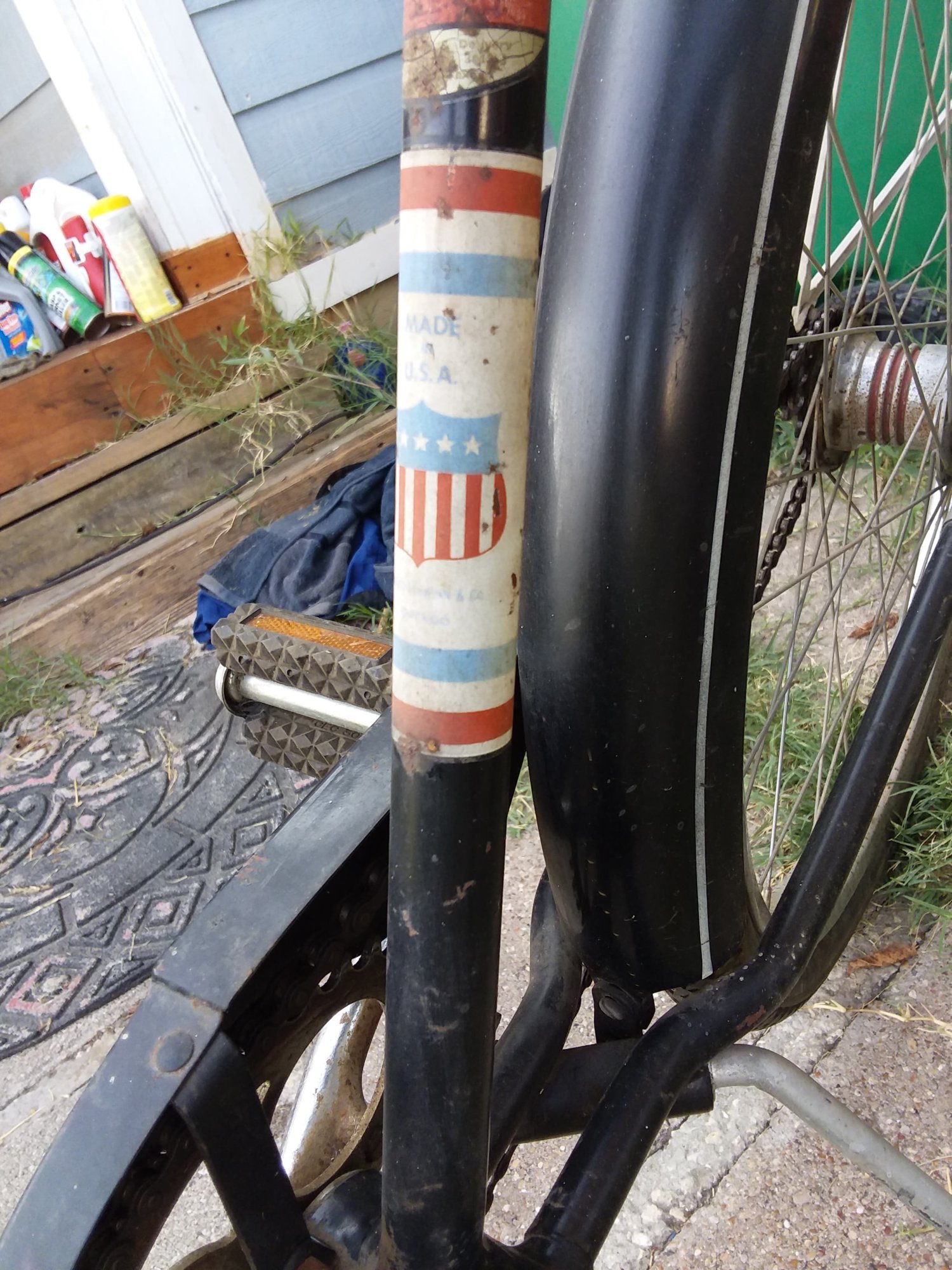 I was in Walmart tonight to buy a few Auto related items and saw what a Chinese made girls cruiser cost. Nice shiny spokes and wheels, baskets, comfy seat and slick paint. I'll top that bikes sales price and say $150-$175 for the American. Don't wanna go to high, the seller needs to quit smoking and littering up his yard with butts.

The bike does look like it will clean up real nice and the 2 speed is a plus.

I'm with GT on price. Bought one almost exactly the same for $150.
B

Thanks guys. I appreciate it.

I have a 63 with 2 speed and chrome fenders I bought and have about $110 into. Great rider, bought to sell but keeping. Anything under $300 and you'll be happy if it rides like mine.

Where did you come up with the 1961 date. According to Schwinn, the American was brought back in 1962 after having been off the spectrum since 1957. Tindley's catalog pages substantiate this. Just curious.

1962 Schwinn American
This year the American model came back into the Schwinn line-up - it had been missing from the catalogs for a few years - The checker board seat post decal was now replaced by a new design and the model was offered in many new "versions" as detailed below from their sale brocure for that year...

While I have read what was posted in regard to the year and production of the American, I have to respectfully disagree with the statement regarding no production until '62.

The American was available in '61, and I own one of them. Ours is a 20" model A31 frame and fork I bought and stashed away until a couple of years ago when it was returned to rideable, though not returned completely to it's original appearance.
Here is the 1961 price list showing the bike as available: http://www.trfindley.com/flschwinn_1961_1970/1961.html 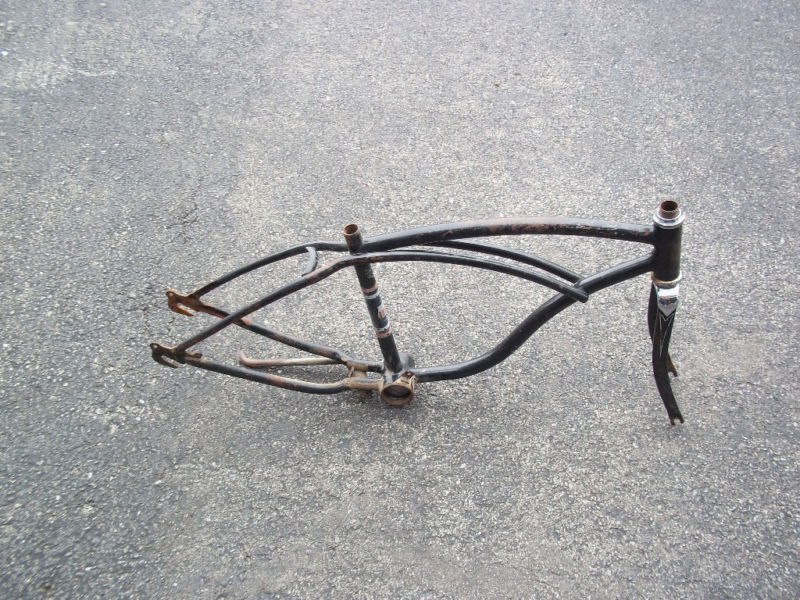 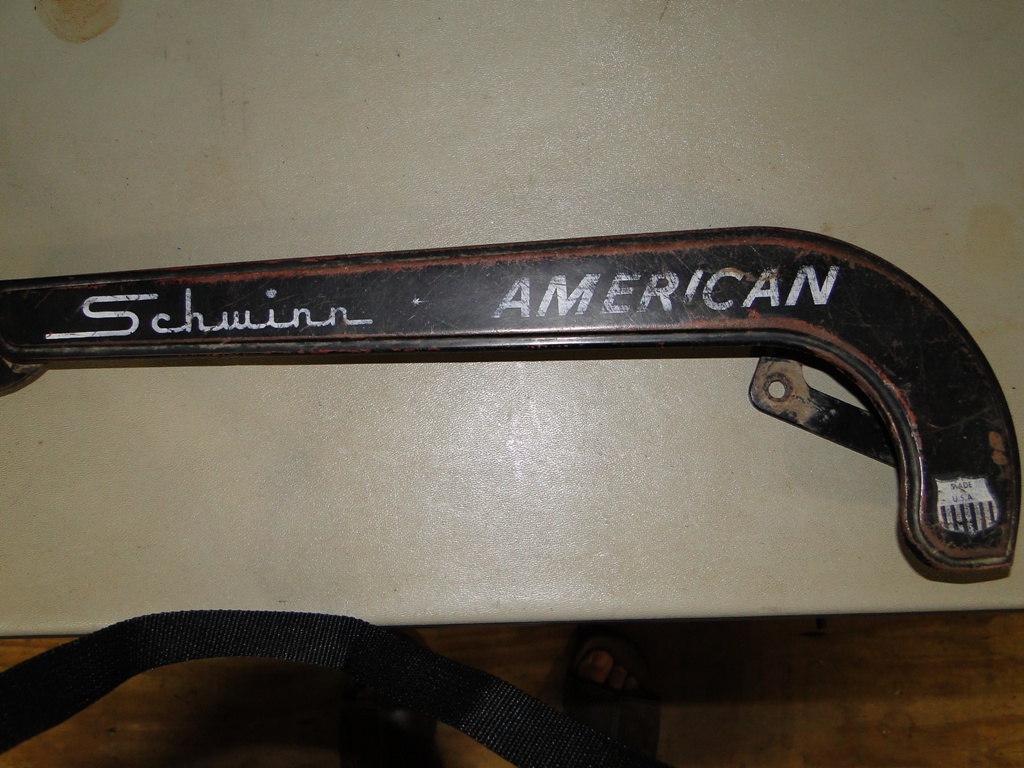 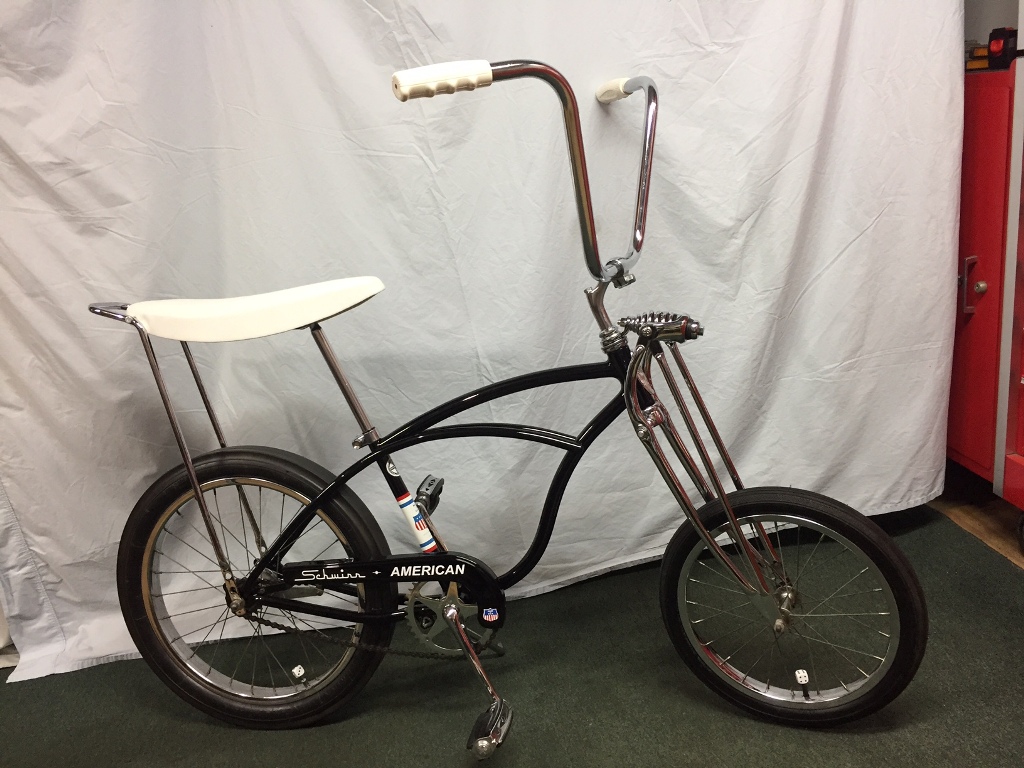 This bike was rebuilt using original Schwinn made parts - including the tires, retaining its "American" status

The American was absent from any lists or catalogs for only 2 years, 1959 and 60. It was not pictured in the 1961 consumer catalog but it was on the mid year's (August) 1961 price list. Possible reason for it not being pictured in the 61 catalog is it could have been re-introduced sometime early mid year 61.

Serial on the 20" places it at April 24. That would be early 2nd quarter of '61. I had another one (26") a few years ago and production was in same area of sequential numbers. It was a plain=-jane model that got replaced by a '65 with more goodies on it.
REC
M

The American was re-introduced to dealers in the July '61 Reporter to be available beginning Aug. 1st 1961. At the same time the Corvette 5-speed and new Tornado were also introduced: 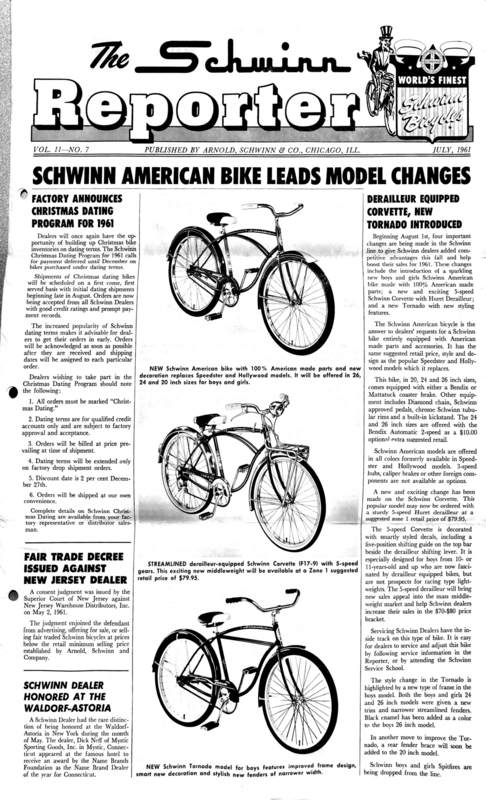 I just picked up a real clean original owner Radiant Green mens American with a date code of L1 ('61).
S

i like the 55 and 56 americans,came stock with 2 speed rear and rim brakes 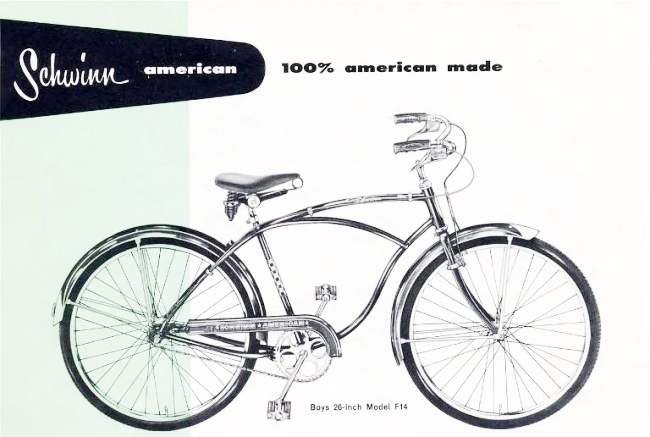 Metacortex said:
The American was re-introduced to dealers in the July '61 Reporter to be available beginning Aug. 1st 1961. At the same time the Corvette 5-speed and new Tornado were also introduced:

If you read the accompanying text, it says that Christmas orders for the American will be taken in August and deliveries for Christmas will be on a first come basis. It doesn't say anything about production for 1961.
B

Aren't those the wide middleweight fenders on the bike in the OP? Should be narrow for 1962 middleweight with painted fenders I think, or at least that is the conclusion that was reached in some other thread.

I bought a nice 62 with the kickback hub 22 years ago at a yard sale for $10. It was a very nice looking bike (blue) that i kept for a few years and rode to work etc. That bike started me collecting old Schwinns and now have 22 in the herd. That bike started the passion!
You must log in or register to reply here.
This ad goes away when you register for an account!

B
Repro "Whizzer Spring"s for Schwinn Springers. Anyone using?