This bike is very nice and clean,all original from what I am told . 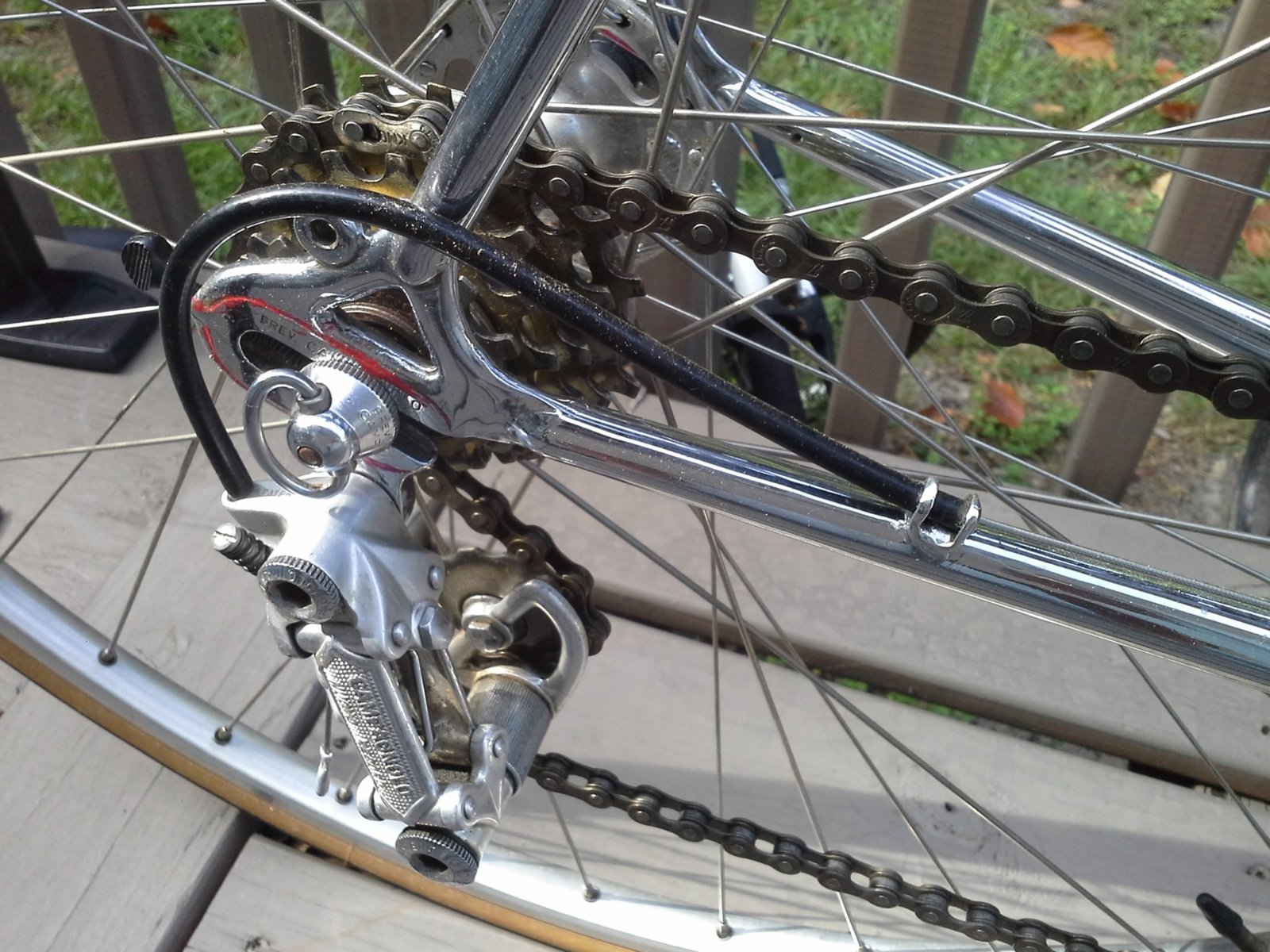 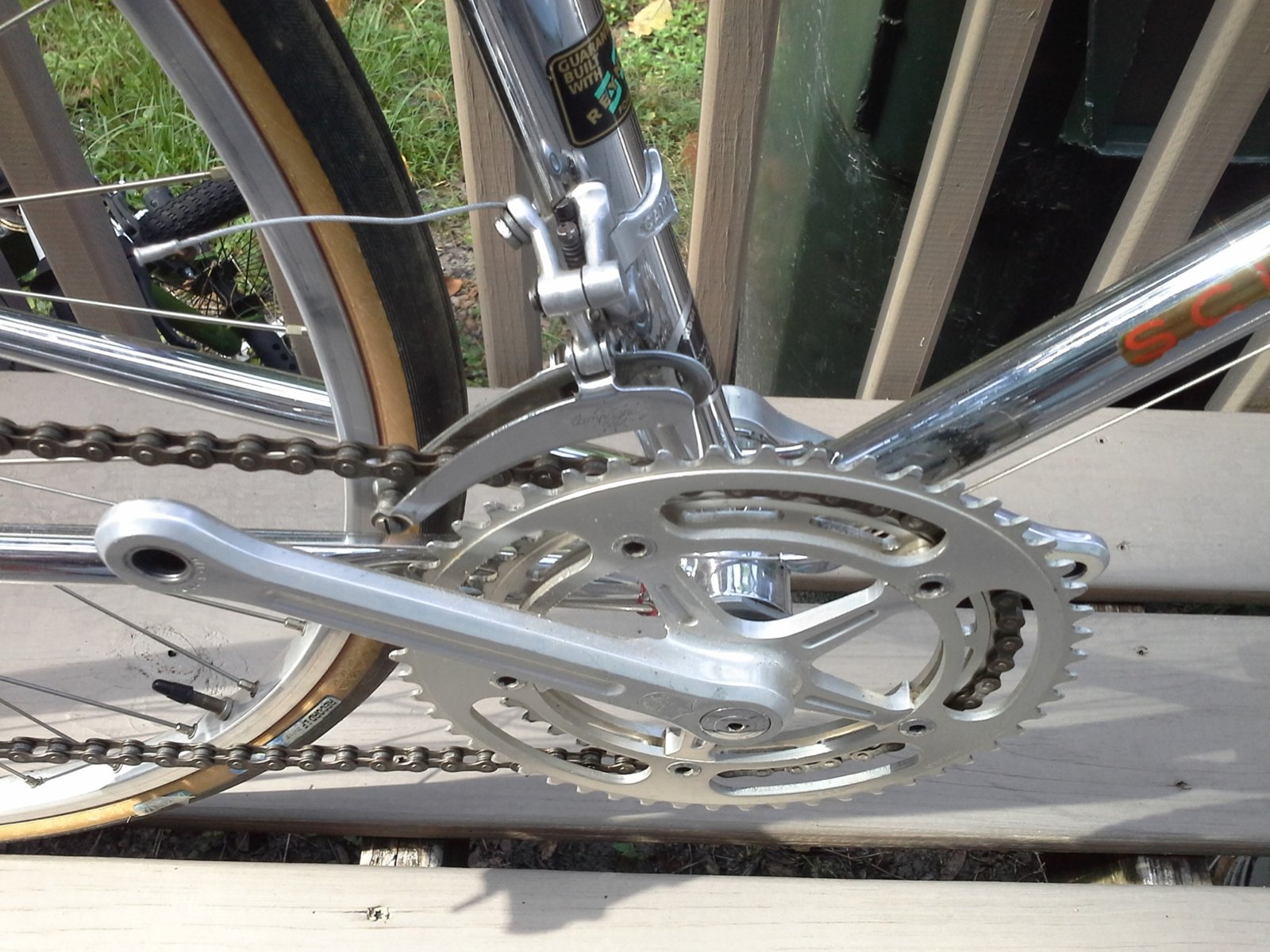 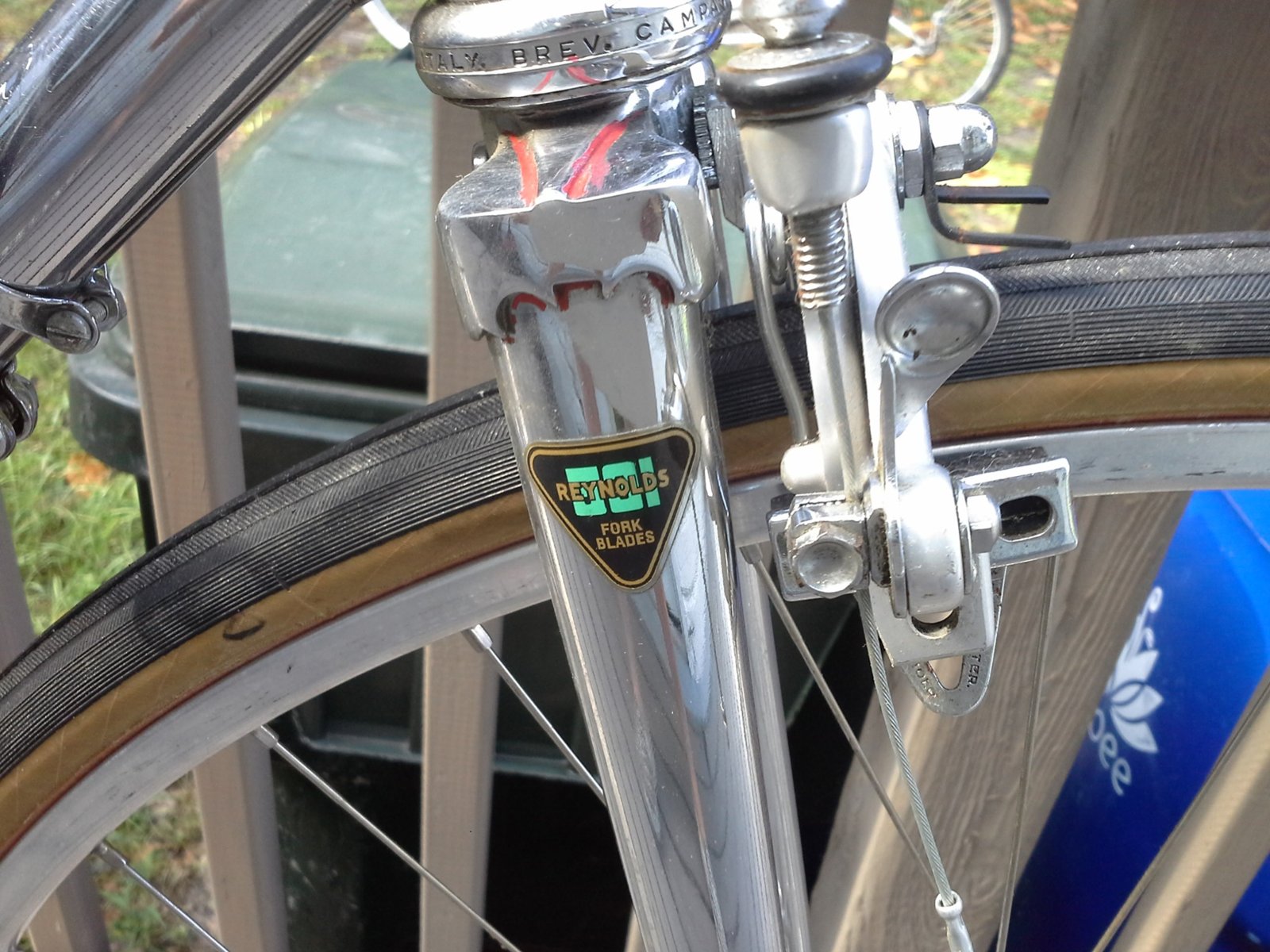 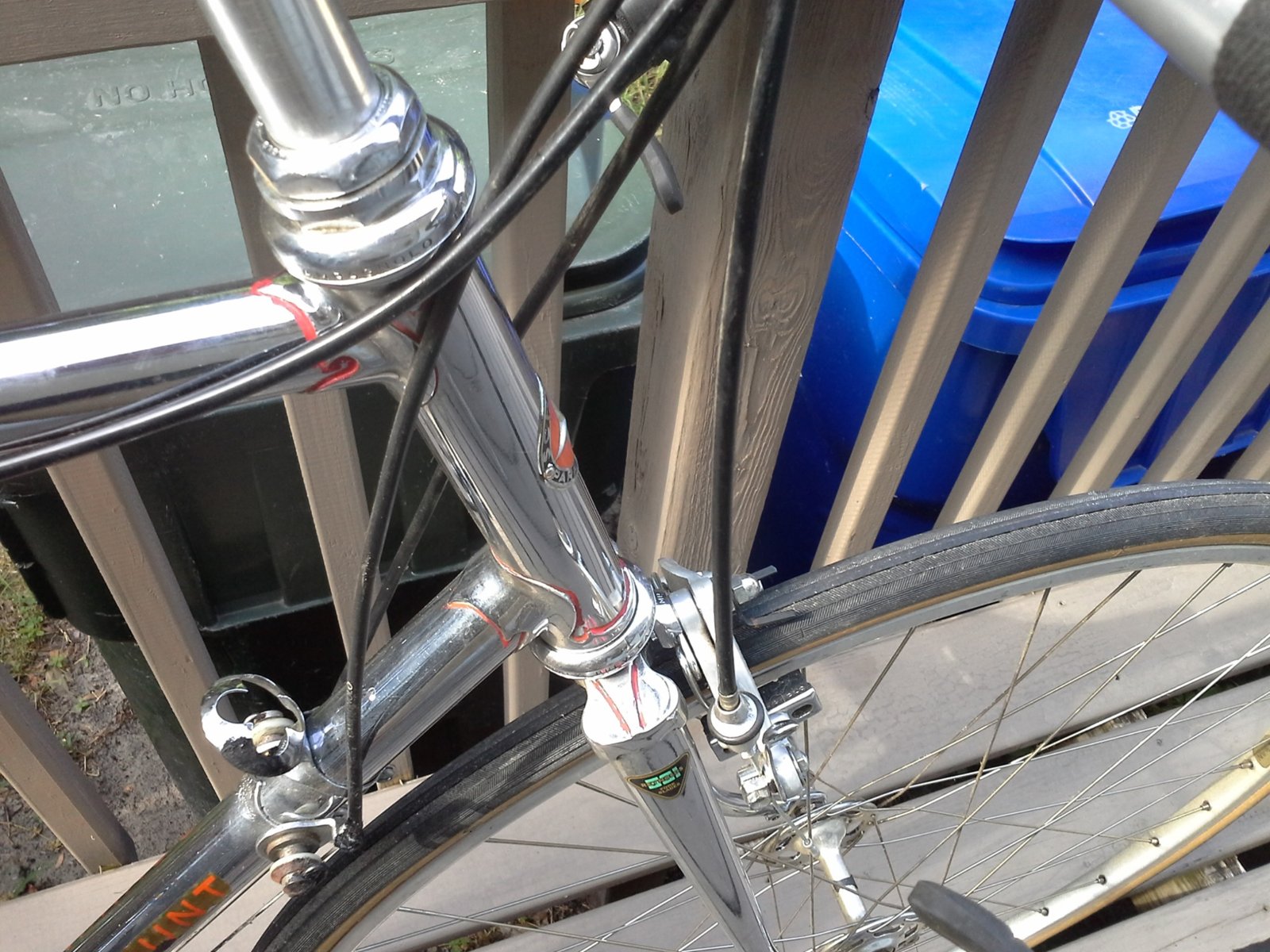 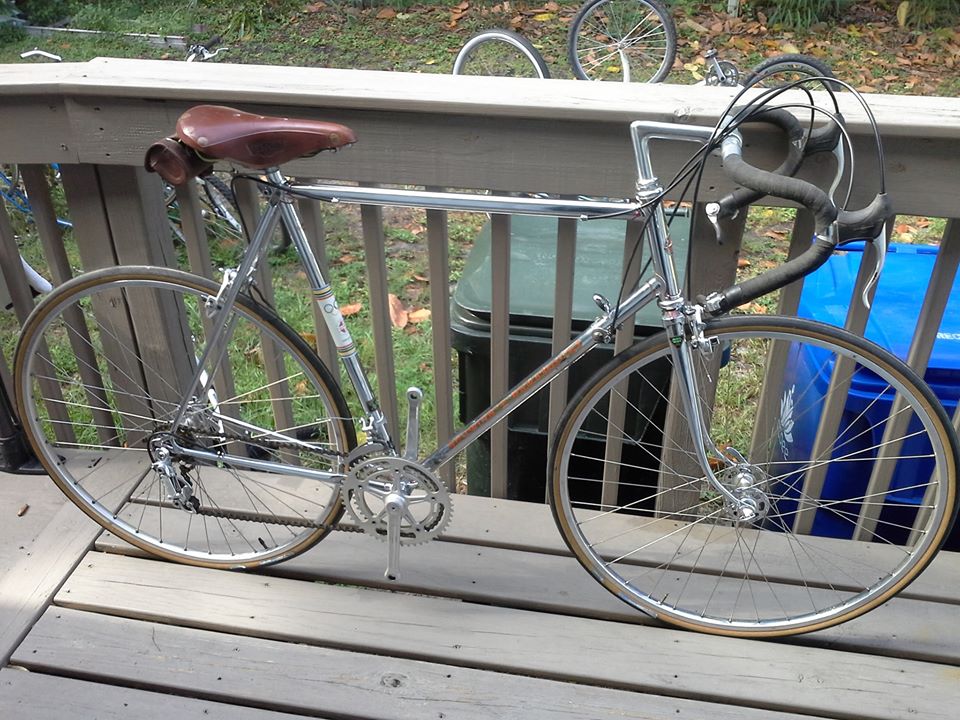 Where would I get the correct part?

Not trying to nit-pick, but to provide you the information that could help you know what might be original and what would not be original. The frame is more likely between 1967 and 1971, as that is the general timeframe of the Prugnat lugs. The Campy brake calipers are later CPSC (post 1977) versions, as are QR skewers. The rear derailleur may or may not be original, depending on what is the stamping on the top of the knuckle (Patent, or Patent followed by a 2-digit date, as an example). The bar-end shifters are later, with the rather awkward conversion of the downtime shifter mounts. The original brakes were likely Weinmann centerpulls, as the Campy brakes were an odd fitment, with the top tube cable run on the wrong side of the tube for the caliper. Frame serial number is on the left side rear dropout, a letter followed by three or four numbers. The Brooks saddle is a later version with the large copper rivets.

Understand that it is a very nice bike, and with a few tweaks, could certainly be restored to full original configuration. The Prugnat-lugged chrome frames are some of the nicest finish frames Schwinn put out in that timeframe, in my humble opinion.

also there appears would be present a fit issue:

note how low the saddle is yet the cycle's original Cinelli 1A stem has been replaced with a 14cm example, the longest offered.

if the saddle position is correct for the present owner/rider the handlebar position is sure to be too far forward.

also note the unusually long trail on the bar. if handlebar controls are to be retained there will be a problem of knee clearance when standing up on the pedals, once a stem of appropriate extension has been fitted.

to be period correct for the cycle the Cinelli model 1A stem needs to be first generation with a hex nut binder bolt as shown here. examples with an allen binder are too late for the machine. 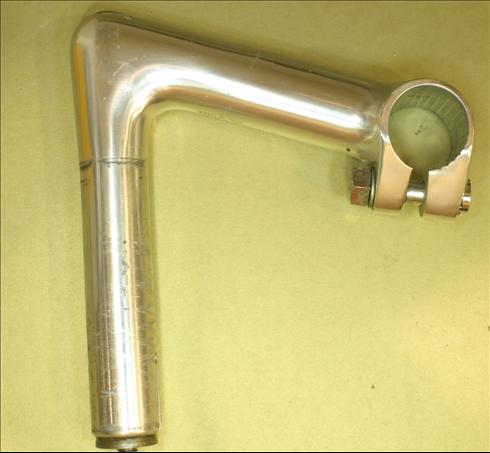 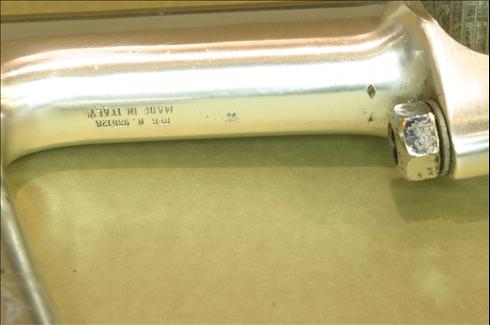 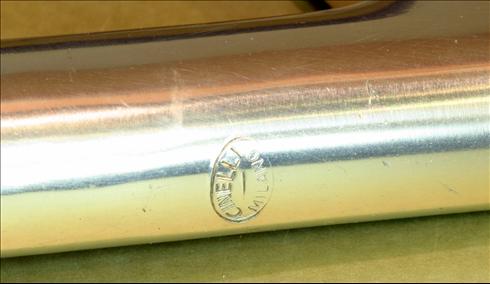 I am selling the paramount , thanks for all the information , I appreciate it

bikebozo said:
I am selling the paramount , thanks for all the information , I appreciate it
Click to expand...