I have had this vintage Marin Bobcat Trail for a few years. I made it a single speed and use it for a"fitness" bike. I got the itch to put the gears back on but I don't want to use the original twist shiftier though.

Is it possible to use the derailleurs and but switch out the twist shifters with thumb levers? Do I need to change the cables? I am kinda new to working on bikes.

I like this bike. It's very light and in good condition and loo 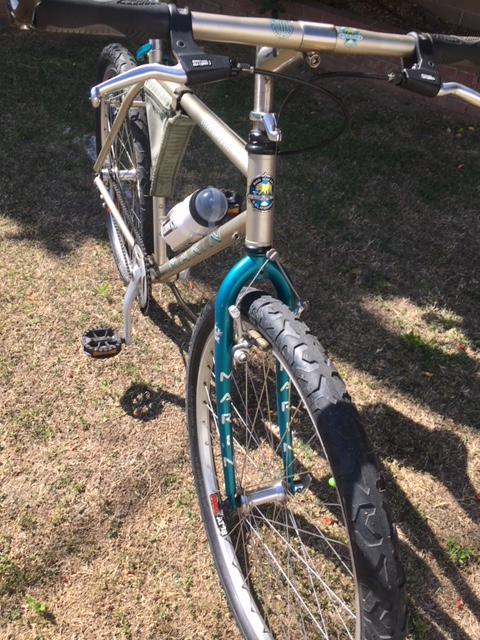 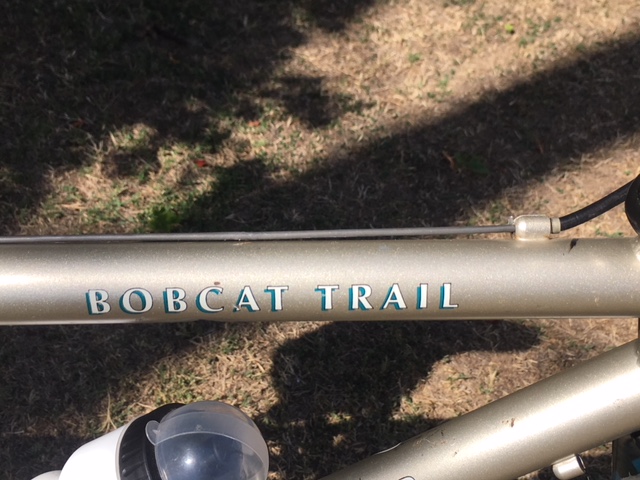 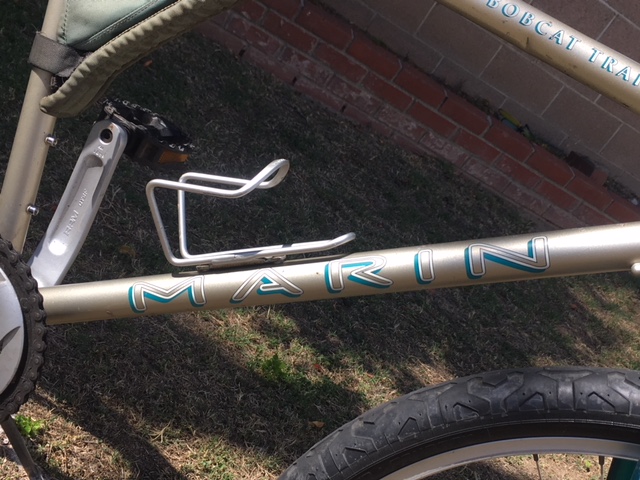 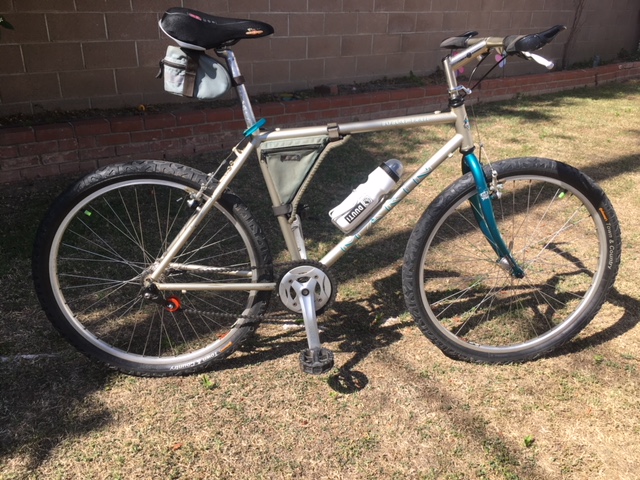 change the cables
how many rear cogs? You may be able to find indexed thumbies to match. Shimano and Microshift.
For friction shifting, there are bar-mount pods that take a loose DT lever to make a thumbie
Velo Orange sells this bar thumb shifter mount (probably made by Diacompe ene)
View attachment 787089
Also Paul sells thumbie mounts, and you can buy just a single (don't have to buy a pair)
View attachment 787109

I would suggest that you opt for a trigger shifter. Once set up, shifts are exact, quick, and easy to do with a flick of a finger. I got a set along with the freewheel salvaged from a damaged mountain bike for one of my road bikes and they work a whole lot better than friction shifters, thumb or stem mounted.

New ones are available for very little money from Niagara or other places. You do need to match the shifter with the free wheel usually, i,.e., Shimano shifter with Shimano freewheel.
G

The correct name for the one type of shifter was called "grip-shift" and it was usually sold by SRAM. I do not know what year your bike is, so I am going what was true back when I bought a new Marin in 1997 and was into all this stuff. Some SRAM grip-shifters were compatible with Shimano rear-deraillers, and some were only compatible with SRAM rear deraillers.

SunTour also made some trigger shifters like Shimano, but I do not know if they were compatible with Shimano rear derallers, and they took a special cable-end that is a pain-in-the-butt to find today.

The thumb shifters right before trigger-shifters were indexed, they had detents for each gear so unlike friction-shifters you did not have to shift by feel and ear, you could just move them to the next notch without much thought and ride on.

The main thing is to decide how many cogs you want on the rear sprocket, get a derailler to match that freewheel or cassette, then get a shifter to match your brand of derailler in that order.

I have an old set of Grip-Shift X-ray shifters, I took off a 95' StumpJumper, which were the lightest shifters sold in the late 1990s, and they were made to work in the place of Shimano 8-speed trigger-shifters, but they would not work with rear deraillers manufactured by the company which made Grip-Shift!

Hi and thanks for the replies. I think I tossed the gears for this bike out by accident so I am taking the same type setup off a 21 speed Cannondale MTB that I got from a garage sale a few years ago. The grip shifters are SRAM and the derailleurs are Shimano. The Cannondale is a 90's USA frame but is nothing special. It is in nice shape but is really tall. I have Microshift SL-T10 on my Surly Pugsly fat bike that I really like for some reason. Maybe its the way it feels so solid. I have triggers on my Surly Ogre and they are good for the road. I finally got them dialed in at the bike shop and it rides great. I think the Surlys are destined to be classics some day. I really like all the mounting places they have for cages, fenders, and racks.

I will find some thumbs and try to get them to work in place of the grip shift. The Cannondale hardware is still very fresh. I bet this bike has less than 200 miles on it.

Thanks again for the info.

I switched out the Grip Shift changers on my early 90's Rocky Mountain Experience to a pair of Shimano indexed trigger shifters after having the bike for a few years. It was a great decision because the first gen of Grip Shifts were so-so. Once you count how many cogs are on your rear block, you should be able to find the appropriate vintage shifters online. I'll need to check mine, but I believe it's either 8 or 9 gears at the back. If it's a match for yours, I can provide you with the model number for the shifters.
Last edited: Jun 24, 2018

Hi Brent, The rear cluster has 7 cogs; 21 speed. I put some cheapo friction shifters on and it is better. I should have found better quality index shifters. These work but are not ergonomically good and friction is tough. The action is smooth and but it takes too much effort to get it into the right gear quickly. I also changed out the stem for a 150mm setup which feels better. I had to change the front brake cable though to accommodate the extra length. I got a NOS Blackburn rear rack for "period correct" coolness. Also have a NOS Jadd handle bar bag coming so I can stash my keys and phone.

I really like this bike. It is a nice commuter. Just need to get the shifting dialed in. Brakes and wheels are in really good shape and look and work well. 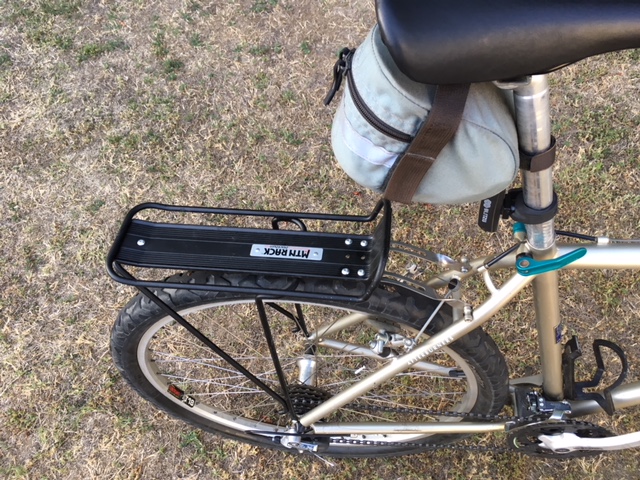 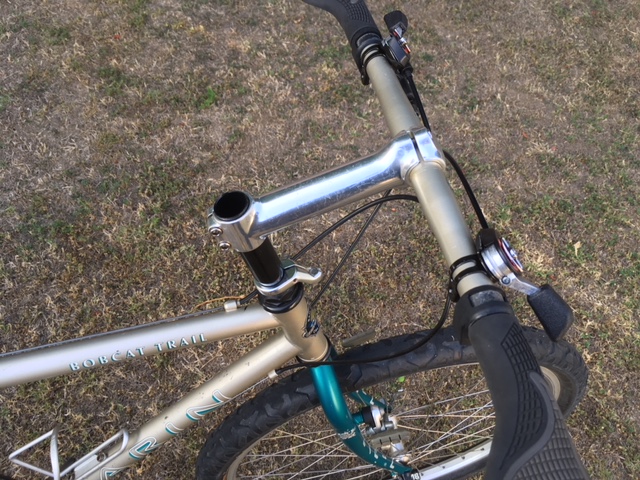 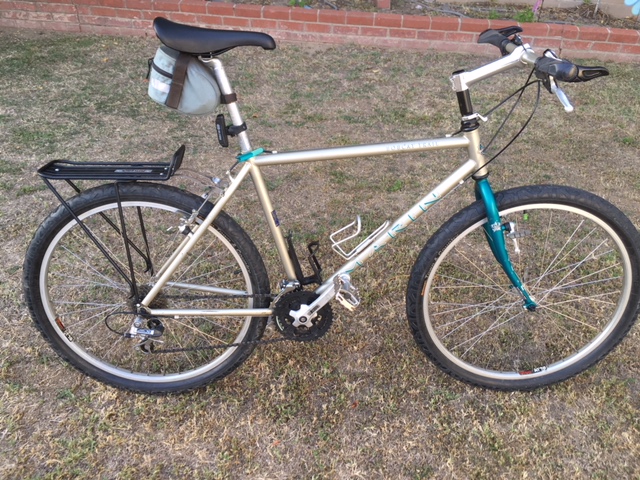 I took a look at my old Rocky Mountain, and it was a 7 speed rear as well. Unfortunately, I could find absolutely nothing on the shifters that indicated a model number. All they say is Shimano, so you'll need to do a bit of detective work if you want to find some period correct shifters that work well. I guarantee you won't be disappointed.

EDIT: I figured out what my shifters are. They're Shimano SL-MC37, circa 1998. If you Google that, you should be able to find some for sale online, either used or NOS. Here's one source, but there are many out there http://www.bikepartsnos.com/index.php?route=product/product&product_id=31
Last edited: Jun 21, 2018
You must log in or register to reply here.
This ad goes away when you register for an account!

B
Who made a high-quality front derailleur to fit a 1" seat tube?