Another longtime project I won't get to, straight 41 Westfield built frame, Kinda sloppy ser#,s. G 8 348 ( I think it was badged as a Goodyear) with bearing cups ( fork & crank ), some original blue paint, always wanted to see what a OA bath would do for this one, tank is pretty straight, rusty on the inside but solid and missing front bracket. $275 plus shipping or local pickup or meet around socal. Message me if interested as I don't always check this thread. 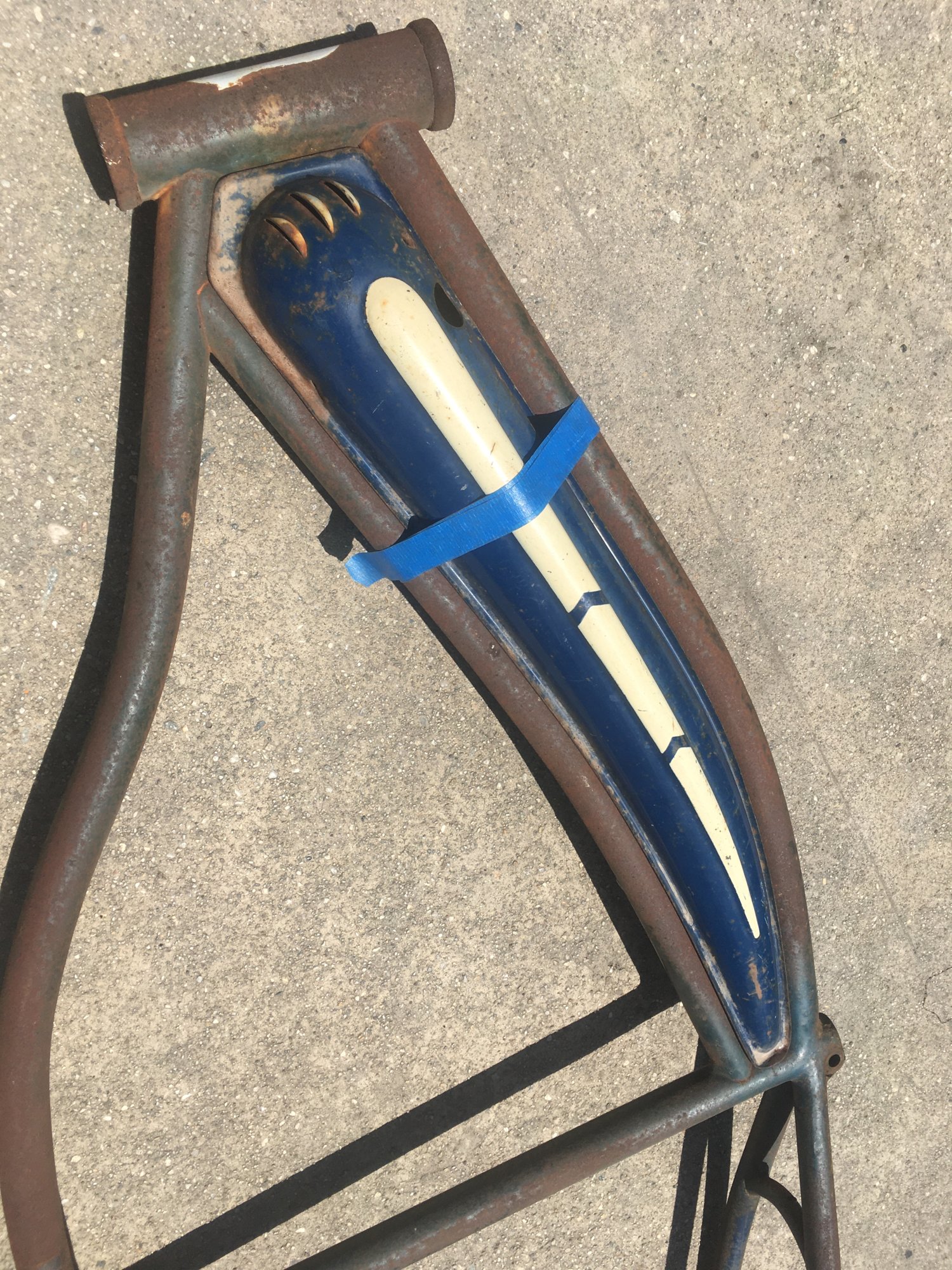 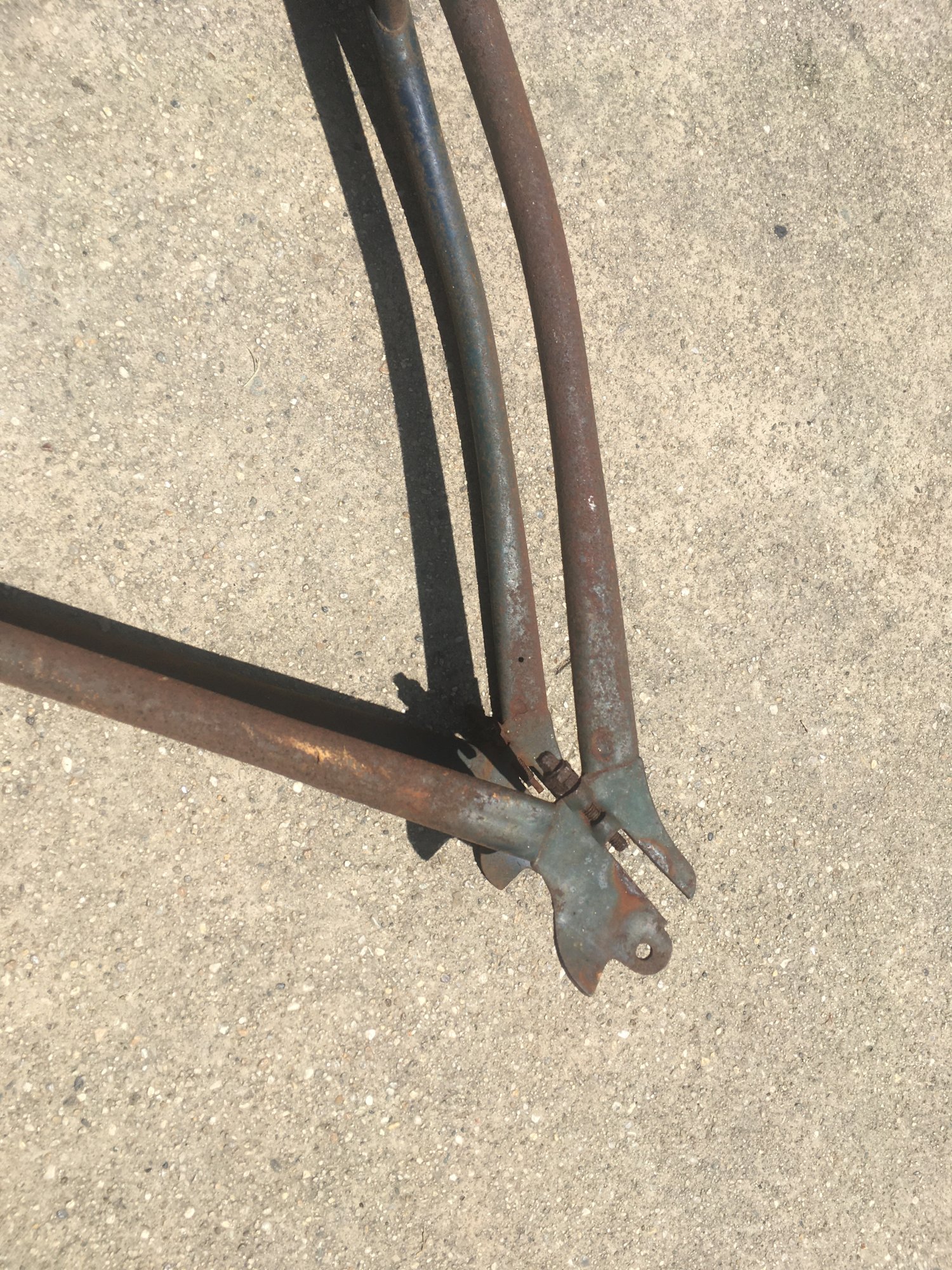 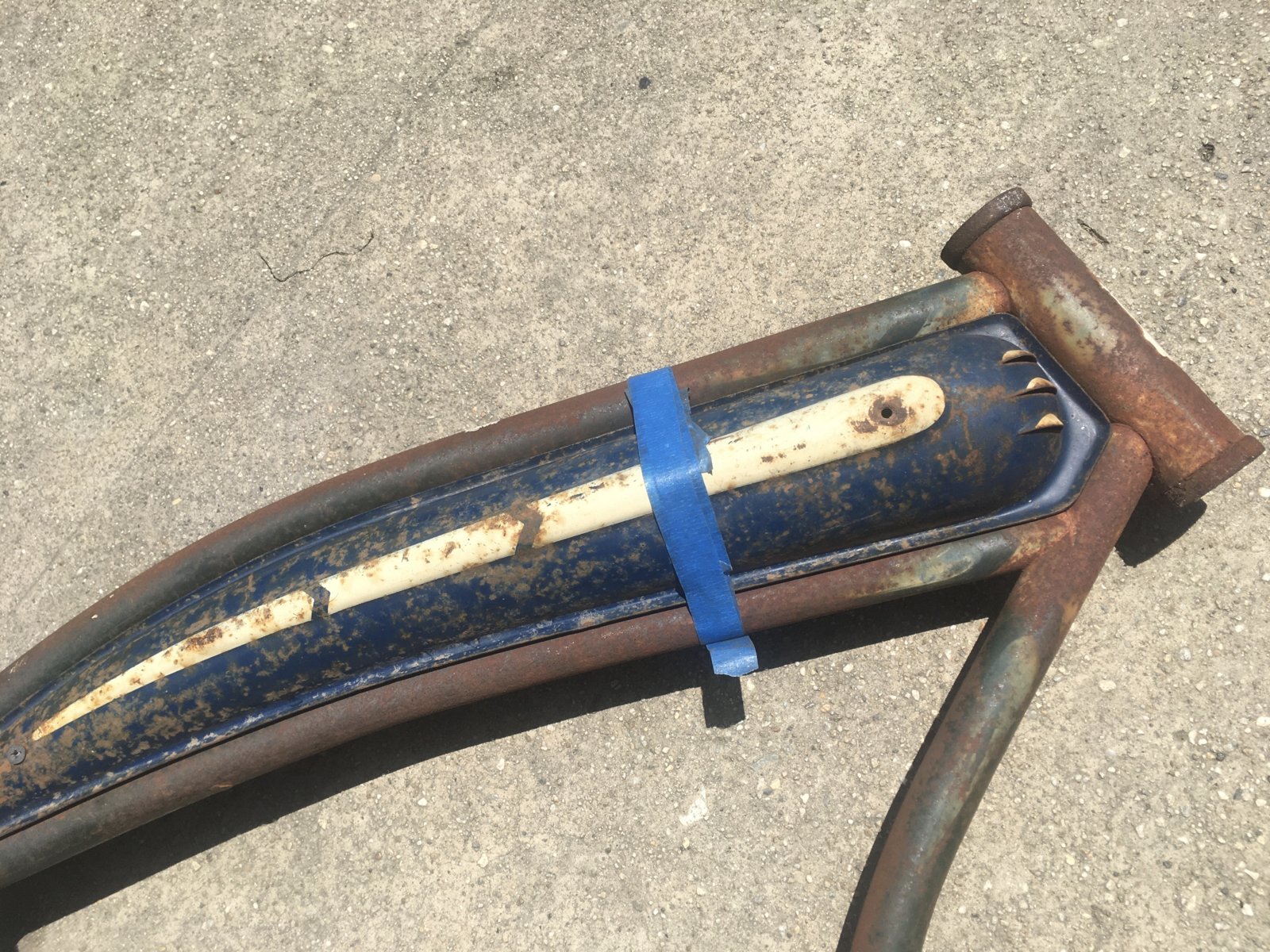 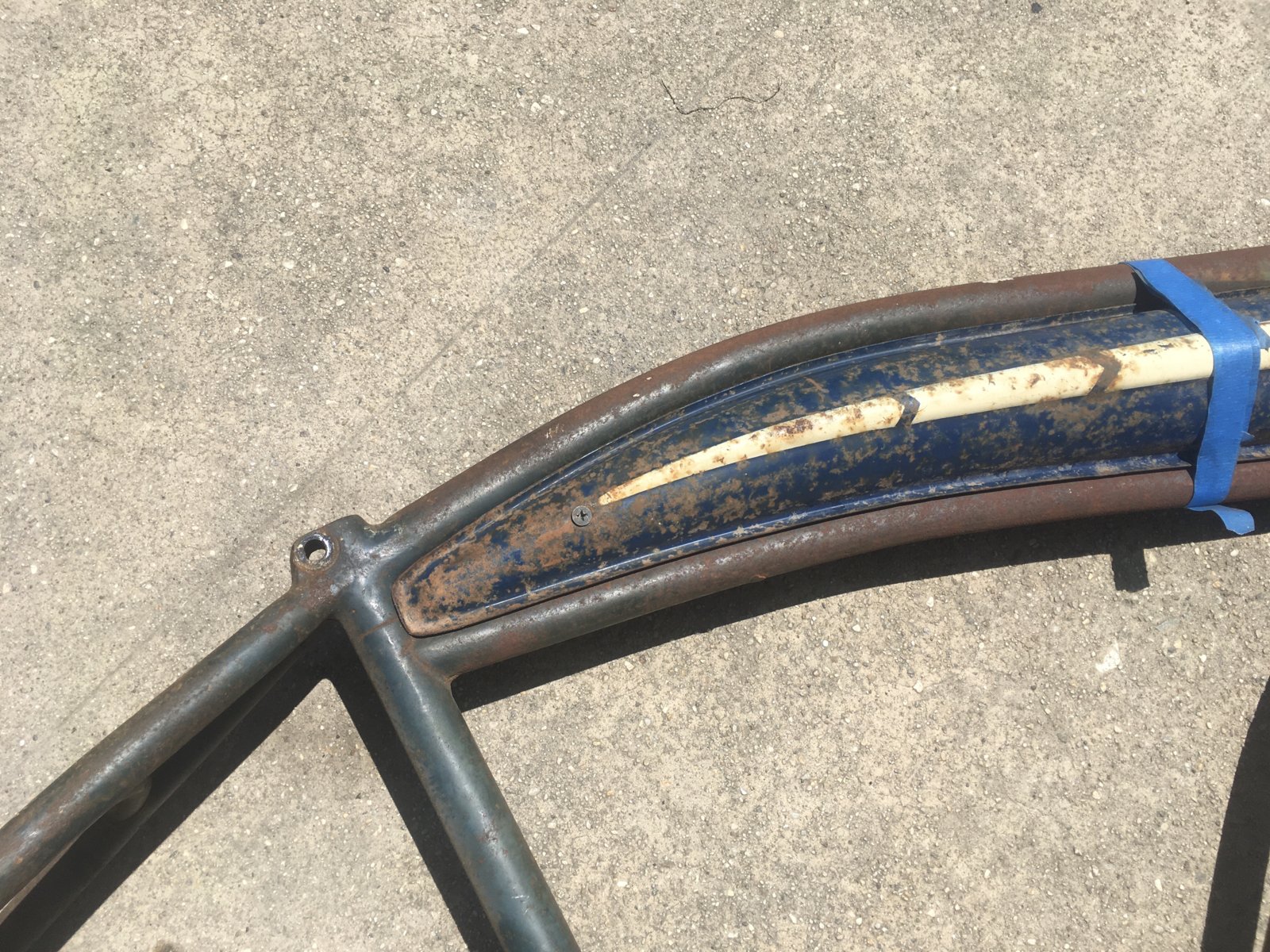 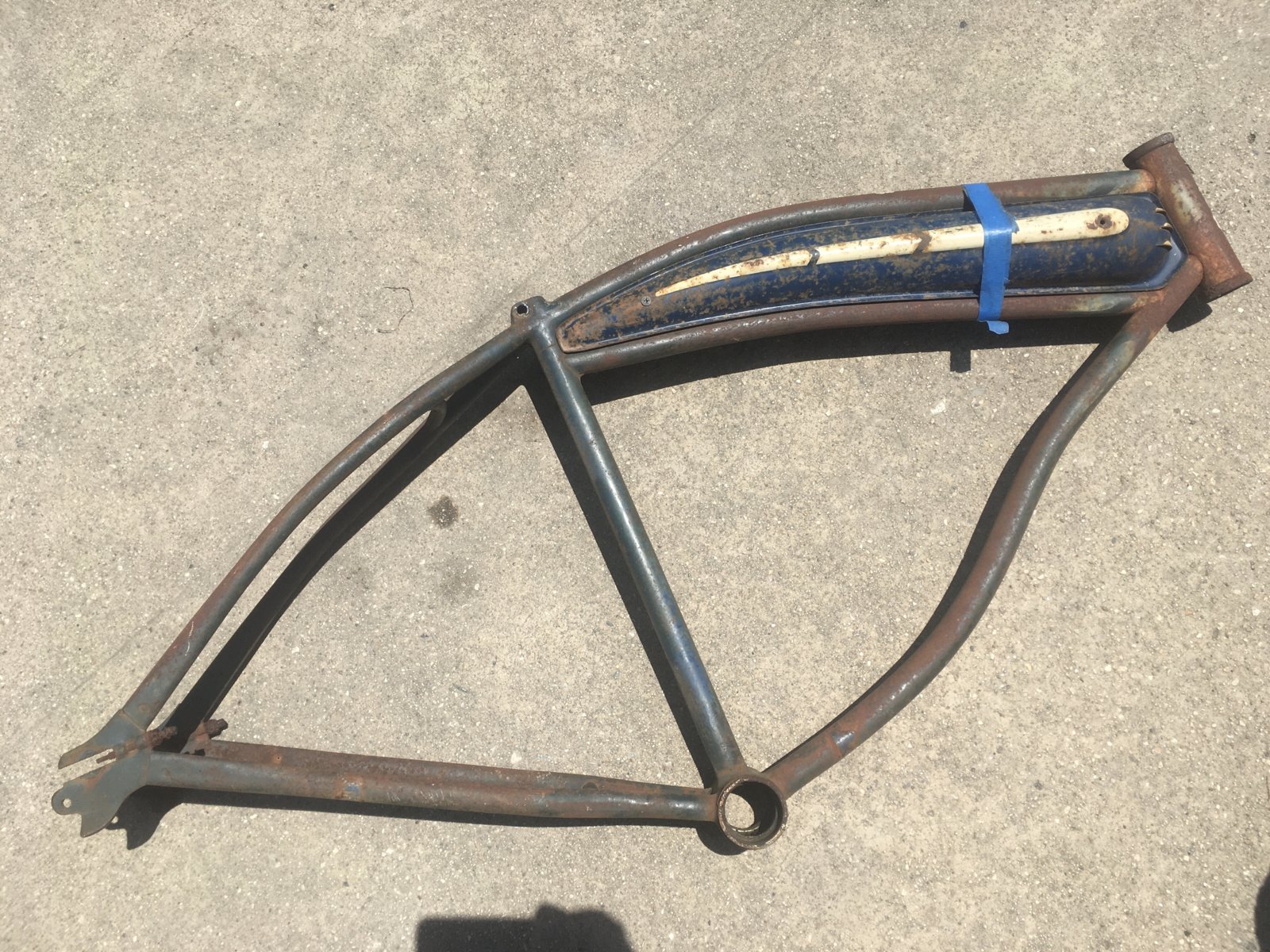 Made very late 1941 (possibly an H11 date stamping on the bb?) it should have had an F serial number, but Westfield uniquely started issuing 1942 G serial numbers before the end of the year (G5000 to G17433) and then carried on issuing G serial numbers, alongside other letter prefixes, until the end of 1944.. It's not known why, but since this bike was made just after Pearl Harbor, and at the point bicycle restrictions were brought in for WW2, it was probably associated with that.

Actually, bicycle restrictions for WWII were not officially started until March 12, 1942. Between that time and March 31, 1942 the War Production Board (WPB) began phasing in some restrictions such as weight limits, allowable metals, numbers produced, etc. A three month freeze on bike sales, but not bike production followed between April 1st and June 30th 1942 that included further restrictions. Bicycle sales by rationing followed starting July 1942. Talks in regards to the use of Bicycles if War began actually started back in August 1941 between the Bicycle Manufacturers Association (BMA) and the government. These talks continued into at least early 1942. So the bicycle industry was aware of what might be on the horizon, however bicycle restrictions did not become law until in March 1942.

TTT
You must log in or register to reply here.