Sorry, If I had mentioned it was a ladies bike, you may not have looked.

I got this from a member of RRB, as of just this past month.

Due to a complication matching up chains, I had plans to temporarily
replace the original crank set with a Schwinn Cruiser Seven [and its chain]
that I had around for parts.

After attempts to remove the Right side pedal for removal of the crank,
it was clear the pedal, from sitting so long had rusted itself so badly to the crank arm,
it was practically reshaped and welded in place.
After a two or three hour endeavor, it led to other means to remove the crank set.
Dont worry, the original crank is intact. I wish I could say the same for the right arm. [and my thumb..]

I am the Third Owner, Second Rider. [The member got it from the original owner, being a nice sweet lady who said she was given it
as a gift when she was very young. The Original Balloons that were on it, were so bad, they were rotting off in ways a razorblade could only remove.
After a lot of noise.. I had to throw the original front wheel away due to horrific warping and pitted rust.
The rear, [given the issues with the chains and now the crank..] was set aside until another front can be found to match the era.

Everything but tubes, tires, wheels and crankset [with pedals of course..] is as gotten.
I added the bag and plate of course.
Enjoy! 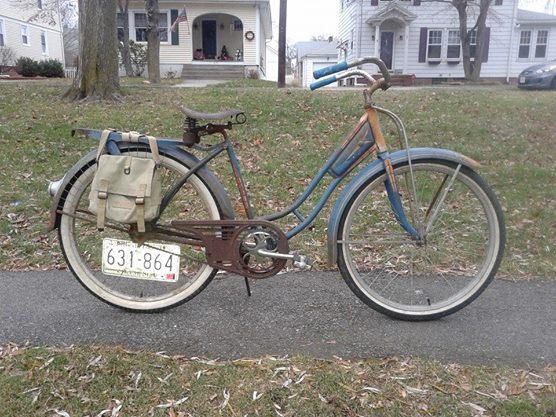 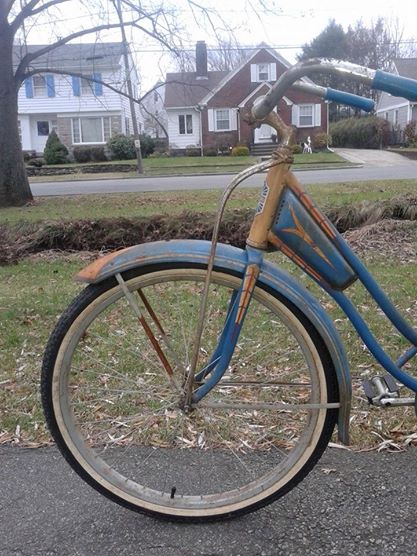 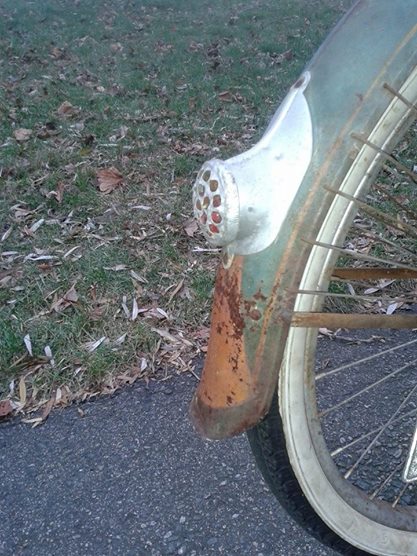 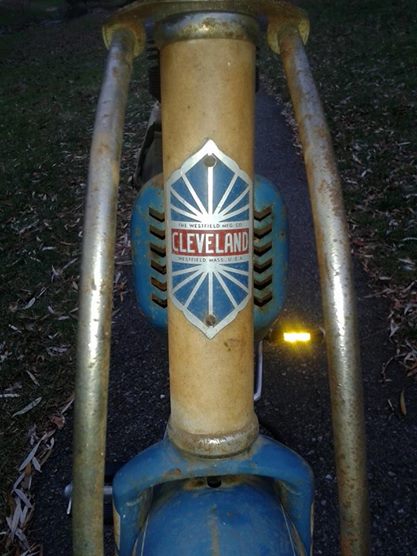 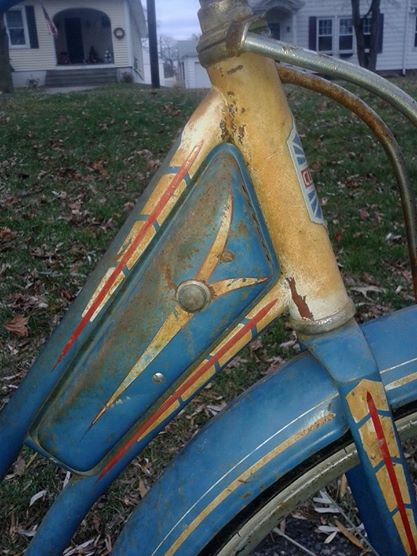 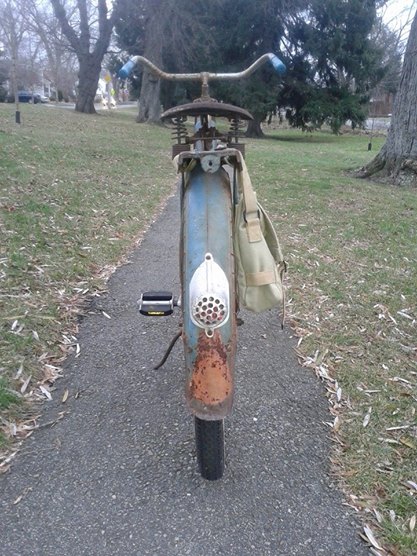 I like the red white and blue, I bet that paint would clean up really well.
My email pedal4416@gmail.com
WANTED:
Cash so I can buy your stuff

pedal4416 said:
I like the red white and blue, I bet that paint would clean up really well.
Click to expand...

I've considered really scrubbing it down with some warm water and bringing out the full color.. But the more I see the rust, inhale the dust and smell the attic,
the more I like it as close to how it was given. The red white and blue of course reminds me of the flag.. and looking at the bike, its like looking at a flag with only the circlet of stars, as apposed to the whole blue filled. Know what I mean? Nostalgia from the dead.

I totally understand, it looks great just how it is.
My email pedal4416@gmail.com
WANTED:
Cash so I can buy your stuff

pedal4416 said:
I totally understand, it looks great just how it is.
Click to expand...

Well thank you, Tom..is it? [reads e-mail address]
I really appreciate the compliment and the suggestion.
I was amazed myself how pretty the nearly 76 year old patina still is.
For lack of funds on quality products, and an appreciation for dirt.. She is what she is.
Cheers!

FZ
~::Flying Zombie::~​
You must log in or register to reply here.

The Potential of a 2020 Orange Krate: An Evaluation of Original Condition and Potential
2