Any Revindell experts out there? 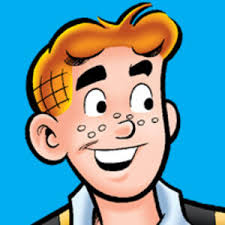 Freqman1 said:
Damn that is one tall frame! @juvela
Click to expand...

Fear I have little to contribute to the thread.

First met Grant in '77 when he was clerking at the REI branch in Berkeley, California.

When he became the head of Bridgestone USA his particularness regarding cycle fittings had the effect of making the products less competitive with other marques on a "bang for buck" scale.

Industry in Japan, for example, is organised on a keiretsu basis - what we might term in the West a trade association or export group. In the cycle trade names such as Maeda, Sugino, DiaCompe, KKT, Sansin Matsumoto, & others were all part of one group. Grant invariably made specifications for the Bridgestone products which went across keiretsu. This has the effect of raising costs at the OEM level.

When the Bridgestone XO-1 launched I "got" it instantly and loved the concept. XO-1's are highly valued today at the "pre-owned" level.

When the Rivendell entity launched received the first couple issues of The Rivendell Reader. Always enjoyed them.

As time went forward Grant kept making new marques and I failed to keep up. It got to where I would see a machine locked up somewhere tranferred with an unfamiliar name but which appeared decidedly Grantian; so I would figure it was yet another of his badges.

Humourous anecdote: one o' me other interests is coffee. Some years back stopped in at a relatively new small storefront roastery / coffee bar in Santa Barbara which had been begun by some cyclists.

Just inside the door and leaning up against the then idle roaster was a cycle of a marque unknown to me. It had a decidedly Grantian appearance so I asked the counterperson if it was one of the Grantian marques and it was not.

well, now Grant drives a Ferrari - of course, only when he's not pedaling.

sykerocker said:
The difference between The CABE and Bikeforums.net: Asking that question here has me answering as #10 over a period of nine days. Asking it at the other forum, we'd already be on page 12 of the comments, at least two members would be at the point that you never, ever put them within arm's reach of each other, and tempers are flaring. And it happens every time someone starts a thread on the brand.

As had been mentioned, Rivendell is the brainchild of Grant Peterson, one of the more important figures in the American lugged steel frame bicycle philosophy. In geometry, materials used, and intent, a Rivendell is, by design, as far away as you can get from a modern carbon fiber racing bike. And Grant's attitude in cycling is as far as you can get from the lycra-clad "Lance Armstrong" rider.

His bikes are excellent. And expensive. And desirable. At the Westminster, MD swap meet I've never seen one for sale for less than four figures. And, to a lot of owners, they're as much of a religious experience as they are a bicycle (the closest parallel I've seen is Brompton's among the folding bike crowd). There's a lot of philosophy behind them, if you're curious the website is rivbike.com.

Grant's currently on a new quest - rethinking the mountain bike, which in his eyes has degenerated to a pedal-powered motocross bike.

You've been given something wonderful there. Hopefully, at least one of them is in your size. Enjoy. I'm jealous
Click to expand... 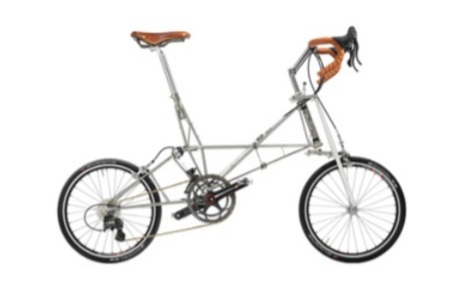 If you think Brompton owners are on a par with Rivendell owners, just wait till you meet one of the Moulton crowd; enthusiastic is nowhere near an adequate word! Lol!

If you think Brompton owners are on a par with Rivendell owners, just wait till you meet one of the Moulton crowd; enthusiastic is nowhere near an adequate word! Lol!
Click to expand...

...the only cycles i know of of which it can be said that they are "estate bottled"...

My office mate has a stable of custom builds from them and loves them. He's 6'4" so takes a tall frame. Another friend has one of the touring models and also loves it. Well built and from what I hear excellent customer service if any repairs are need due to operator error or accident. Enjoy them!

What really surprised me about meeting Grant the other day was that he didn’t seem to know that very much about the older cruisers, like Elgin and Dayton.
I am going to ride my twin bar over to show to him, maybe the lack of a seat post tube might inspire a whole new bike.

I have both of these Revindell bikes up and going. I am surprised with how comfortable both of them are.

putting the orange one together he stripped/crossthreaded the rear derailer onto the frame and stopped working on building it .........in 2003.
the green one has been across the country and up and down highway 1 on the west coast. He estimated over 5000 miles. I just had it rebuilt with all new old stock parts, that he also gave me, so it feels brand new.

I think that i will keep them around for a little while.