Anyone here own a Miami / Flying Merkel Bicycle? 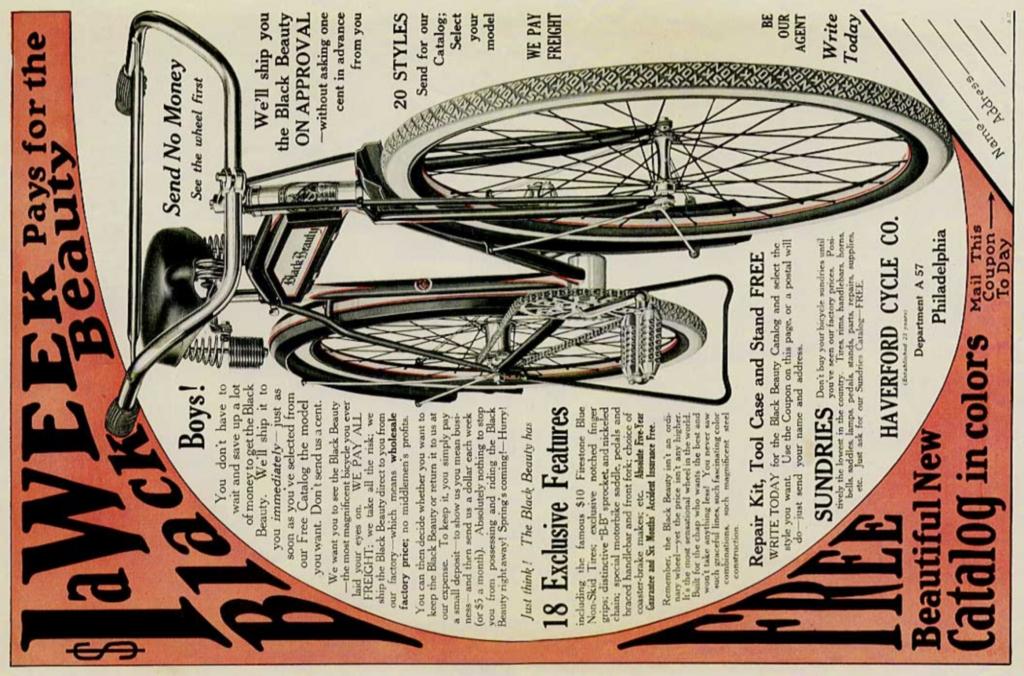 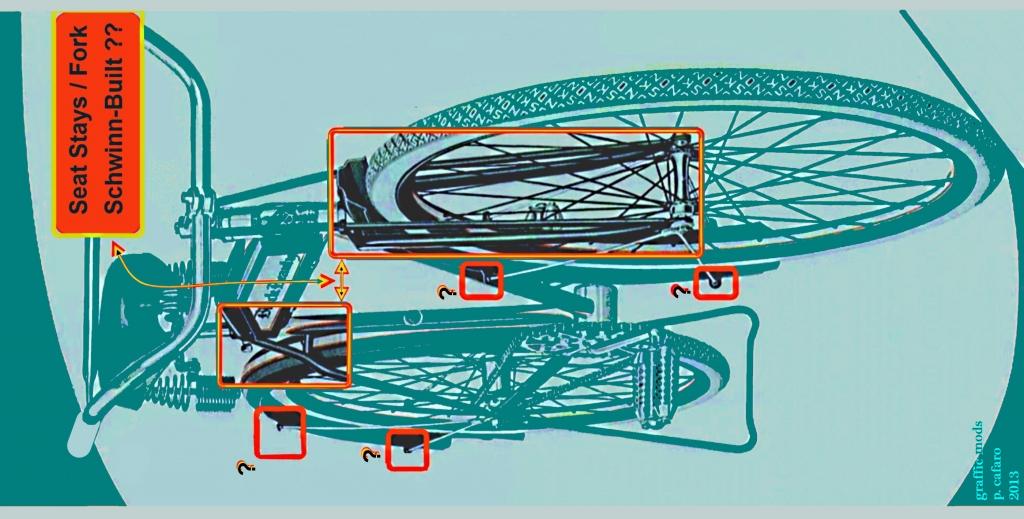 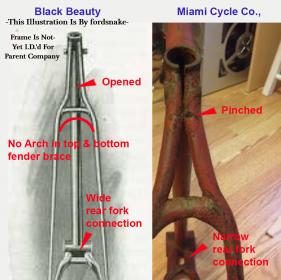 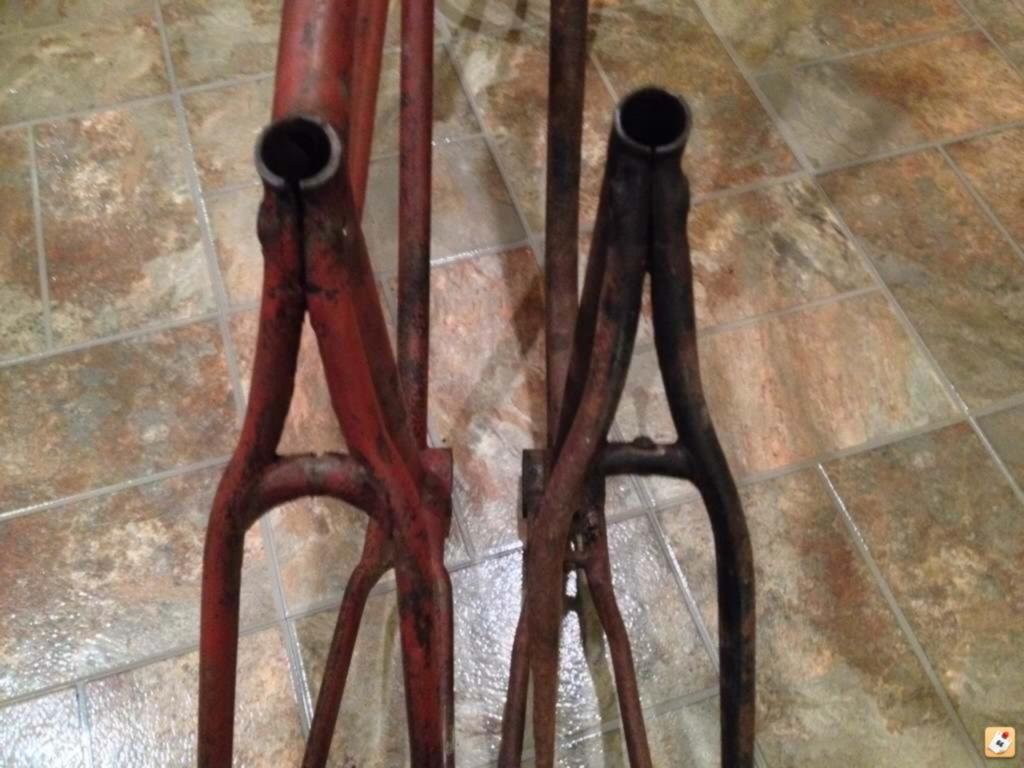 redline1968 said:
What are you the web police? If you don't want to have pics posted don't post them. Some sites dont let you and that's fine. You throw your ass out for every one to see and expect it not to get attention look at Pinterest site my blue bird is on it and every one of the google sites with out my permission as a few pics on this site with out my permission. It's there and I'm alive no hurt too me. If you feel that is so secret stay off and don't post.
Click to expand...


Not asking for permission to use someone's images shows your lack of respect and your ingratitude to the person who took the time to share them in the first place.

third and forth picture are excelsior made. I believe its a 1920 model.

And Merry Christmas everyone!

fat tire trader said:
Not asking for permission to use someone's images shows your lack of respect and your ingratitude to the person who took the time to share them in the first place.
Click to expand...


Chris, can we not digress from the topic of this thread and voice concerns about copy and photo infringements in the Break Room?

But .. bogarting your way on to this thread to share your shoulds ...
oughts and musts (about posting fotos from the Ethernet ) with those
that are deep in thought comparing and contrasting subtle nuances
regarding frame identification via tiny frame features ... hoping to
isolate and i.d. a parent company ... well .. I know the fat-tire people
don't do this so-much ........... so .. maybe you are not as sensitive to
our needs as co-communicators as you could be ......

Some of us .. on this thread ... may hold beliefs that you .. yourself ..
are showing a lack of respect to the very-few of us that are deep in
concentration.

Maybe i am wrong .. but, perhaps you have had a foto .. that you authored ..
ripped-off. I can empathize with you.

Thank you patric couldn't have said it better my self. What bothers me about nicks frame is the over built areas. It looks like repairs rather than factory installed. Just my opinion.
Last edited: Dec 22, 2013

redline1968 said:
Thank you patric couldn't have said it better my self.
Click to expand...

The following is nothing more than a presentation. It remains within the hopes of this typer ...
that All Bicycle-Manufacturing Companies producing the Black-Beauty Bicycle for Haverford
Cycle Co. can come to light and be recognized for their achievements.

The BB was Schwinn-Built for some Model Year(s). The Schwinn Motorbike of the mid-teens and
twenties had a 1-inch diameter top bar AND a 1-inch diameter Undertank Bar. A Double-Brace
was used to help support BOTH the front and rear fenders.

The BB .. also .. was made by an Unknown Builder .. whose frame-features are remarkably similar
to those Motorbikes of the Miami-Cycle & Mfg. Co. from 1917 thru 1922 .. the final year Miami produced
bicycles. This '17 thru '22 Miami-Built Motorbike has a Drop-Top-Tube of 1-inch diameter -- as do
many motorbikes of the era AND ALSO has an Undertank Bar with an o.d. diameter of 11/16-inch ...
AND .. a double-brace was used to help support BOTH the front and rear fenders.

Generally speaking .. it may be very-difficult for anyone to find a teen's-era bicycle with less that 1-inch
main tubing. Some of the exceptions are the Davis-Built Road-Racer ... the Davis-Built Track Racer (much
shorter wheelbase) .. and the 20-inch and 26-inch wheel, juvenile line from Davis. These rides all have
main-tubing of 7/8-inch (o.d.) ... and it must be noted that some of the 20-inch wheel juvies from Davis
have been seen with 3/4-inch main tubing.

Other manufacturing companies MAY HAVE ALSO PRODUCED similar, specialized bicycles ... to 'round-out'
their-particular line of bicycles.

However .. this typer HAS NEVER SEEN a teen's-era motorbike with an 11/16-inch, o.d. diameter Underbar
... as has been witnessed on those particular Miami-Built Motorbikes .. 1917 thru 1922. If there is such an
example ... built by a company other that Miami Cycle & Manuf. Co. ... i would be delighted to look upon it.

It is important for this typer to indicate that i've owned a housepainted Davis-Built Black-Beauty Bicycle ...
the frame ... a Davis, Model-Year 1920 ... '21 or a '22. All that remains of that sad, tortured Black-Beauty
is the badge and the heavy-duty truss-fork. The Six-"B" chainring was gifted to Eddie Boros of Chicago ...
who had amassed a remarkable collection of different Black-Beauty Badges.

That particular frame was found damaged beyond recognition ... which isn't so bad .. after-all .........
that particular 3-year period of Davis-Built Motorbikes were so very ugly in their design ... that Time Magazine
voted Quasimodo .. to be the sexiest man of all-time ... during that 1920 thru 1922 period.

While I, personally, believe Miami-Cycle produced the Black-Beauty Bicycle during un-disclosed model years ...
I certainly do not expect everyone and their first-grade teacher to be shouting from the tallest rooftops .. that
very chunk of my belief. To be sure ... much more research is indicated .. before a conclusion can be reached. 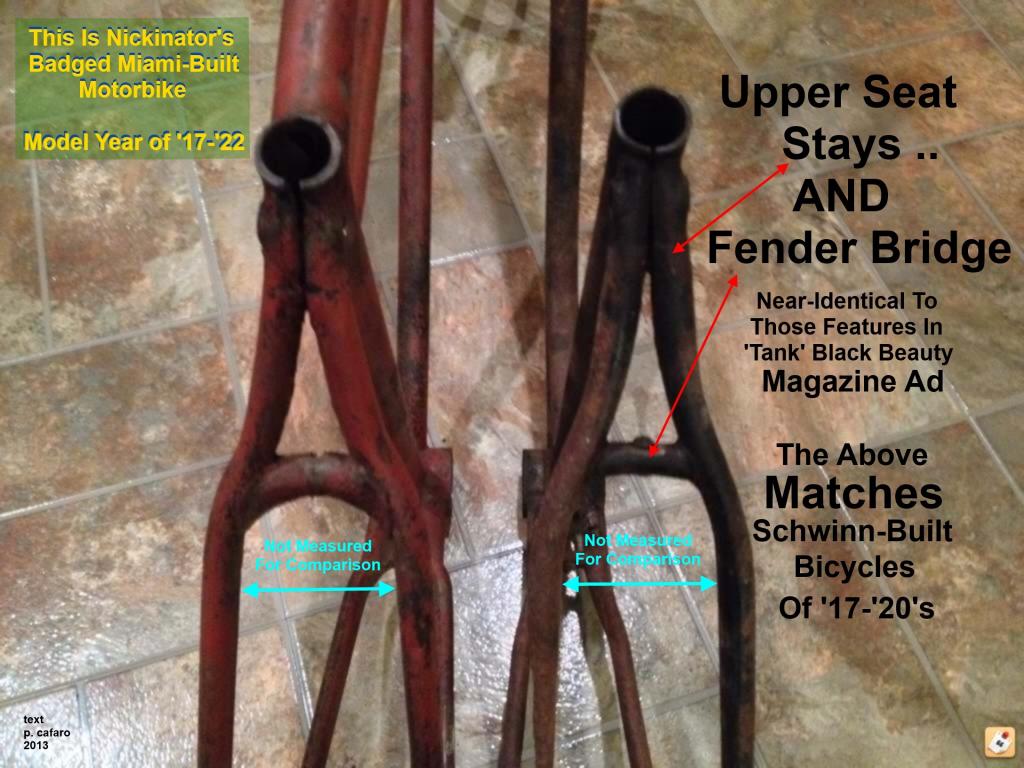 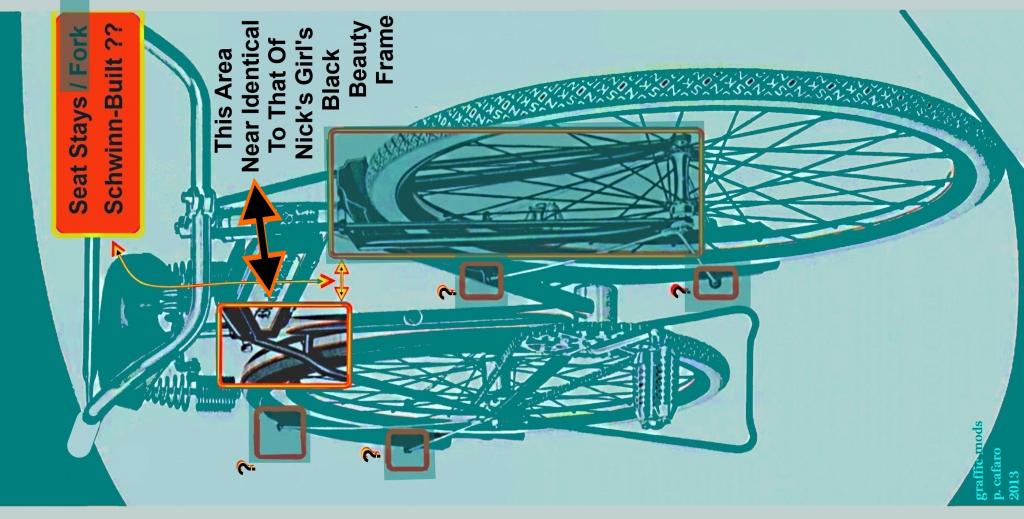 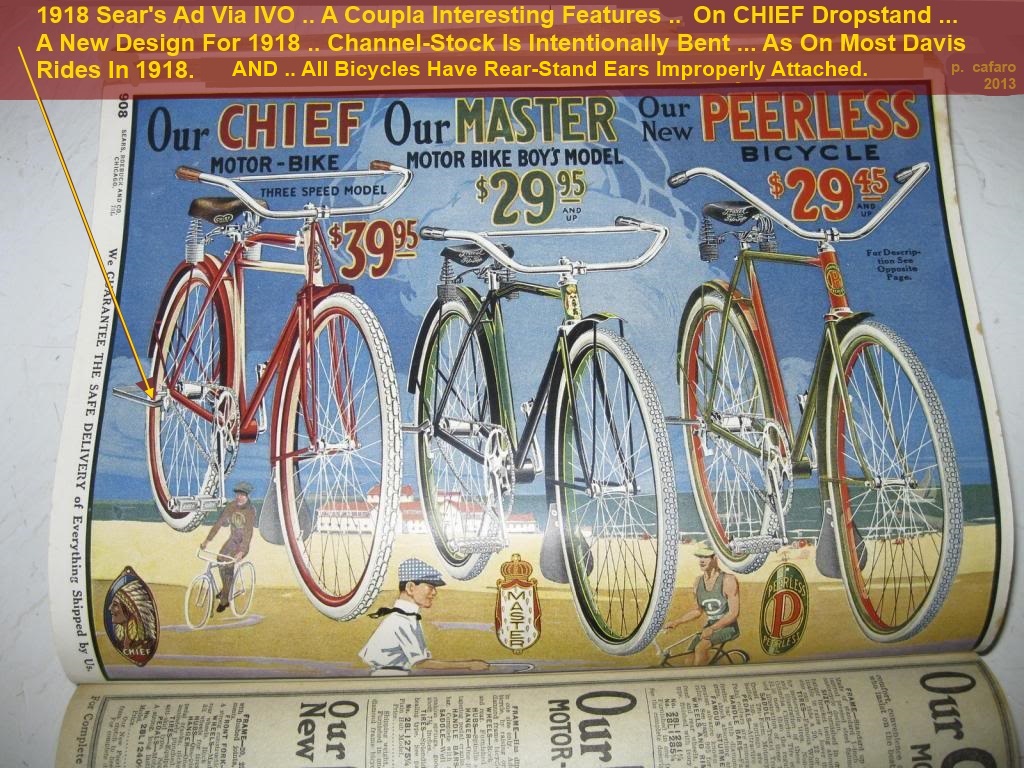 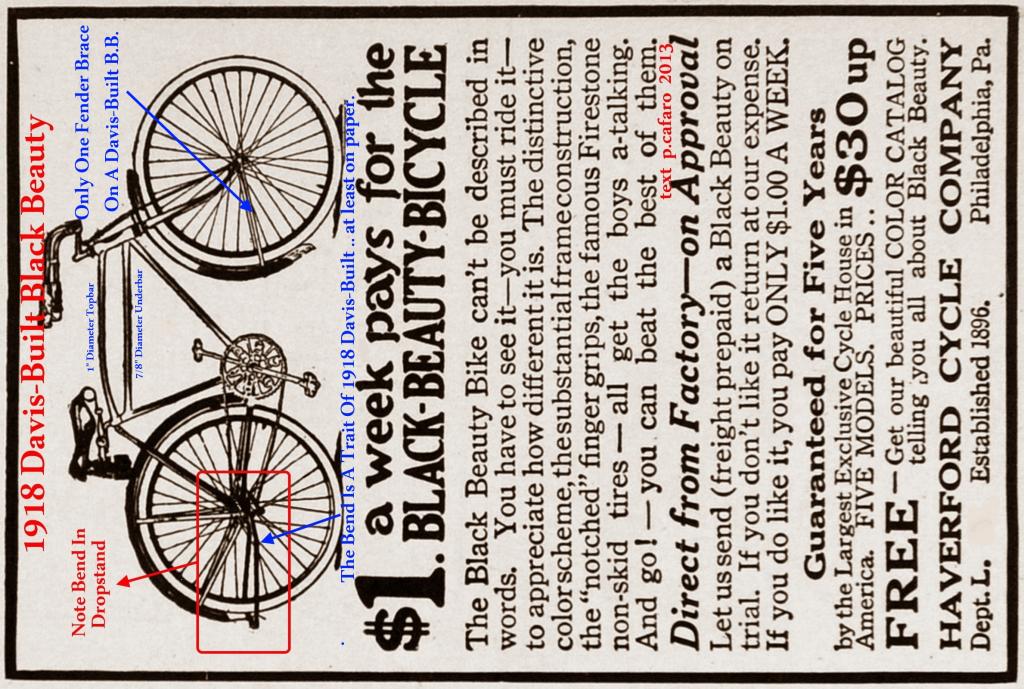 Here is the standard answer form a well known collector.... "Wouldn't you like to know".
You must log in or register to reply here.

Friday at 7:54 AM
razinhellcustomz
R