Some of you know that I've been helping a friend (Wayne) move some of his stuff. Originally he decided to let this one go but then decided he needed he really liked this bike. He wanted to refurbish it as an Army tribute bike as someone had done many years ago. This is a '37 Murray built Elgin with a Westfield tank. He totally took it back down to bare metal, scrubbed, sanded, primed and painted it himself. I helped him with some minor re-assembly yesterday and took it for a check ride. This is one heavy bike! Congrats on a job well done Wayne! Some before and after pics including the proud owner. V/r Shawn 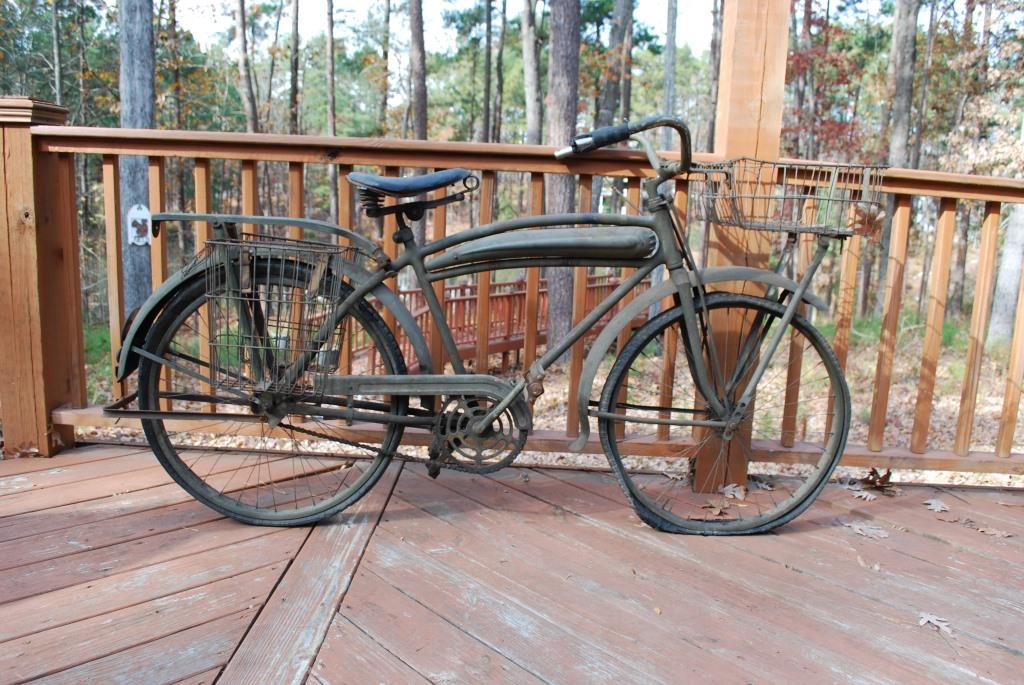 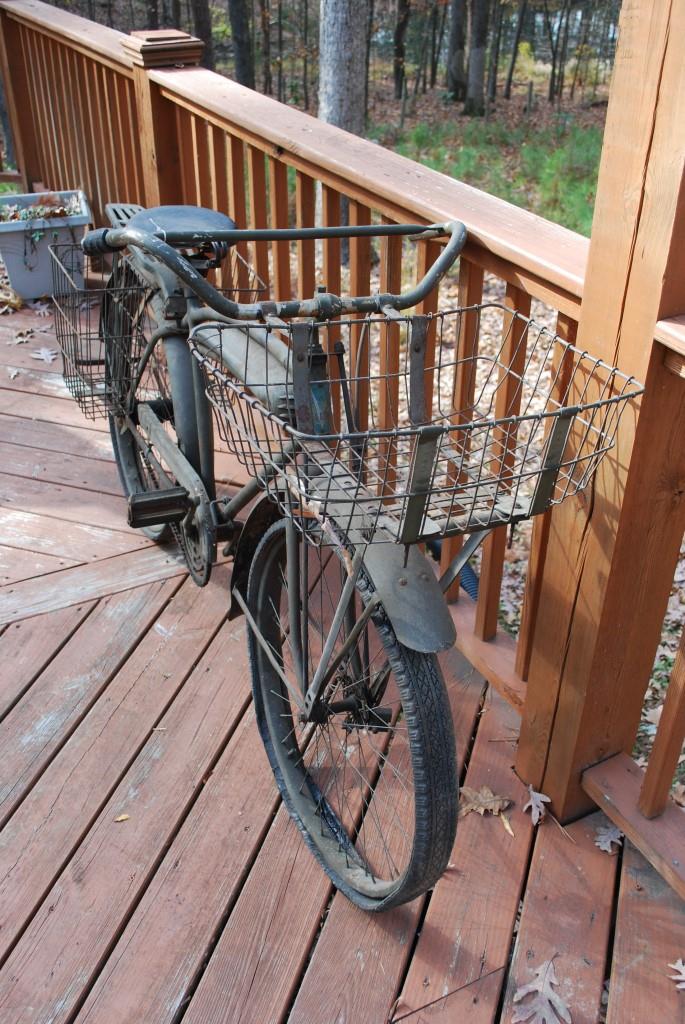 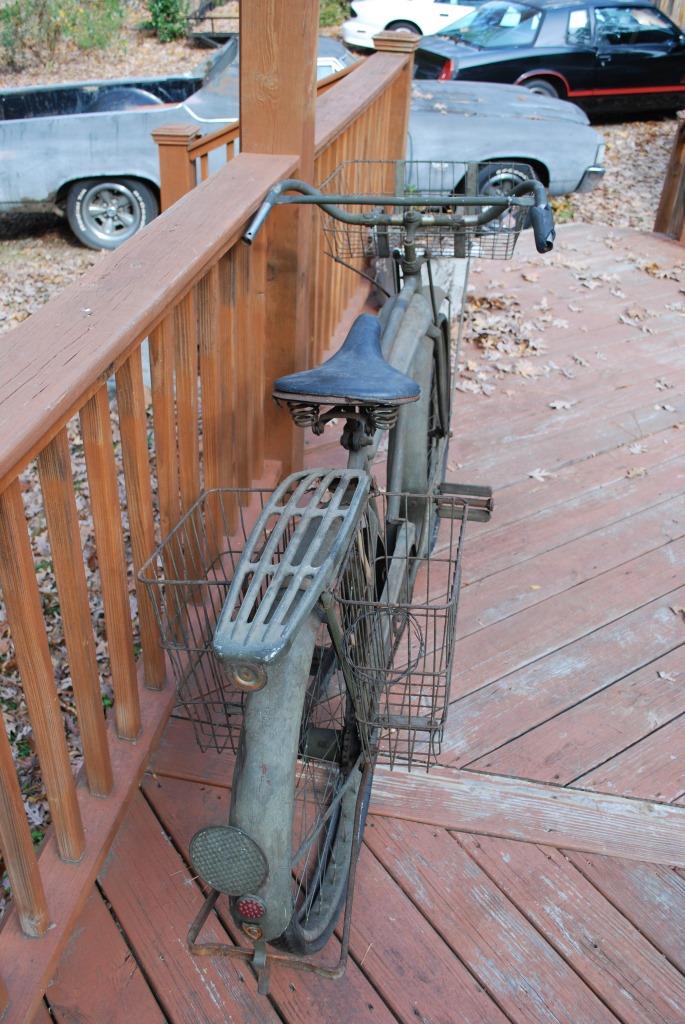 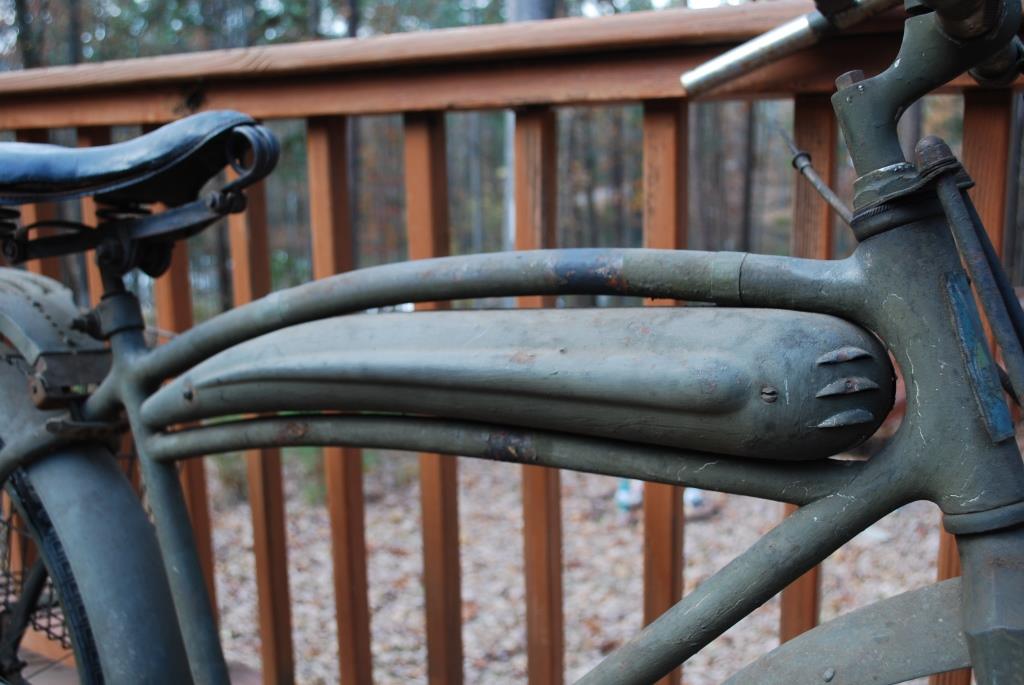 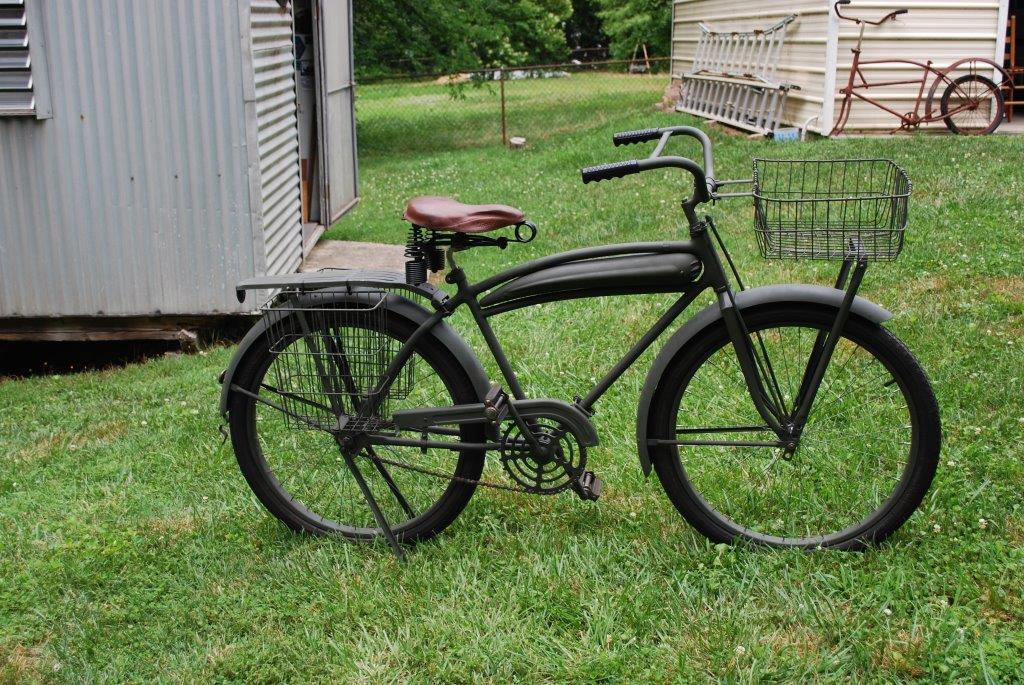 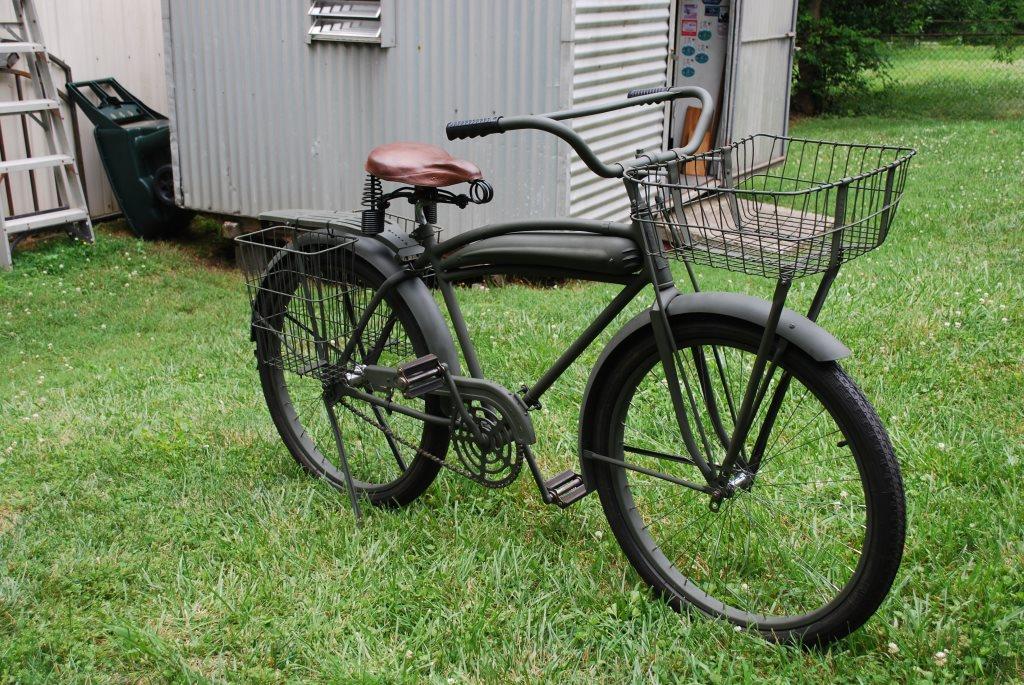 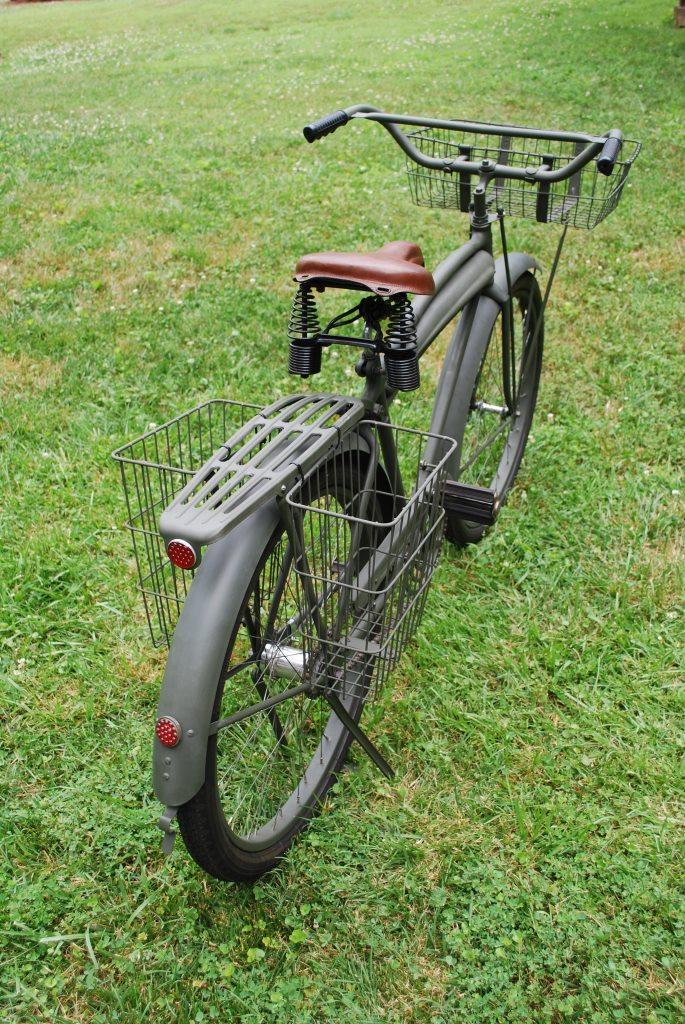 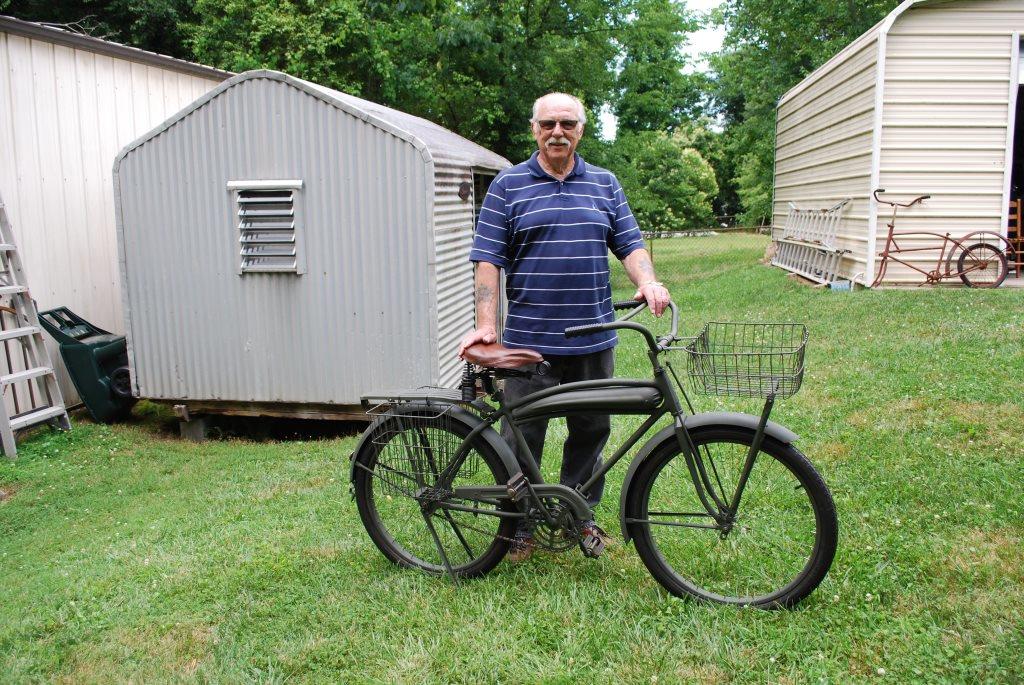