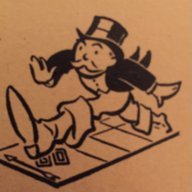 Picked this up for a sweet price yesterday. I’m having a tough time finding a Bianchi catalog online but believe this bike was bought in 2/91. If you can Reply with some info on the model or have a spec sheet I’d appreciate any help. This bike’s had some deferred maintenance but I think it should clean up nicely. 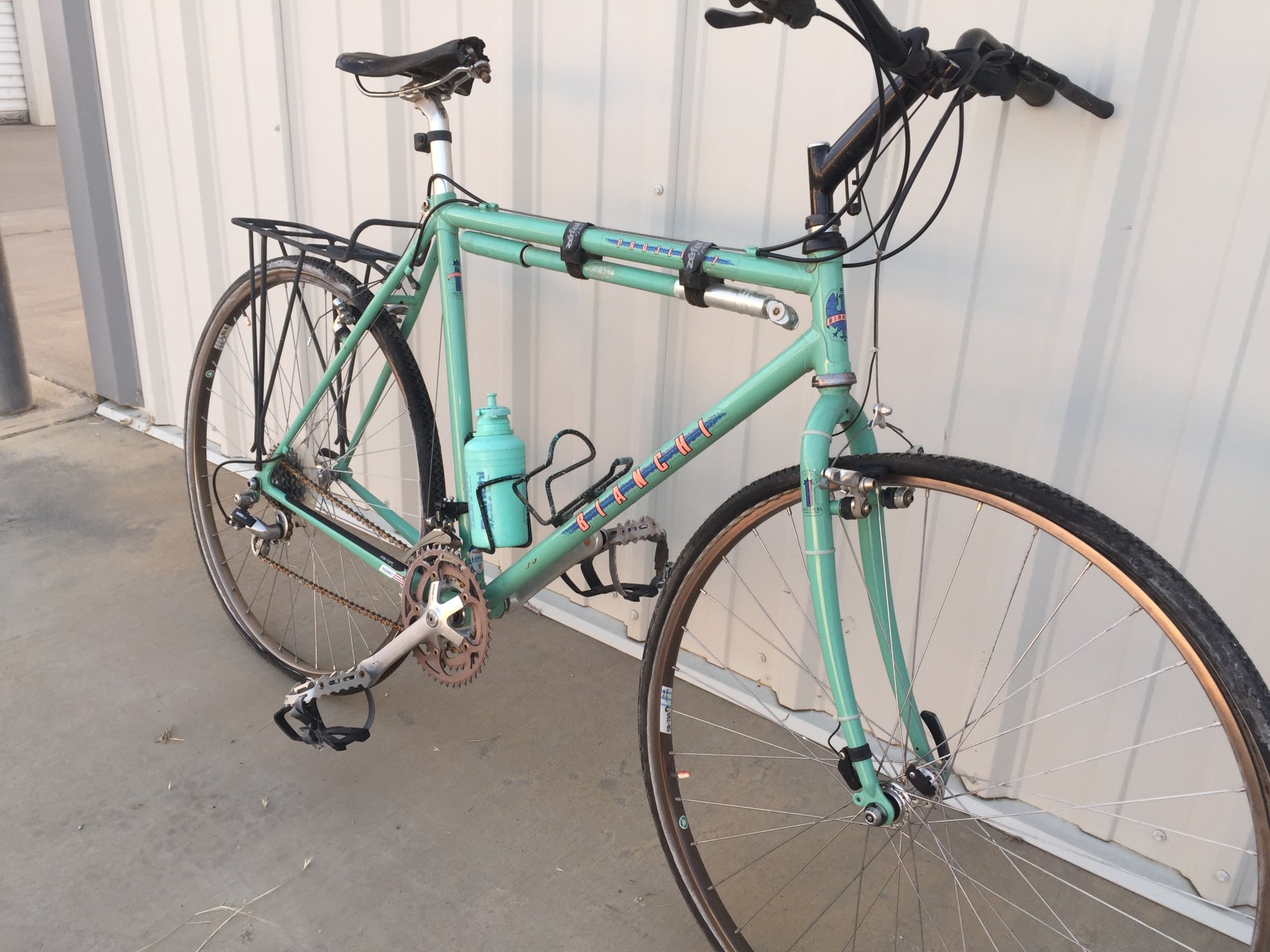 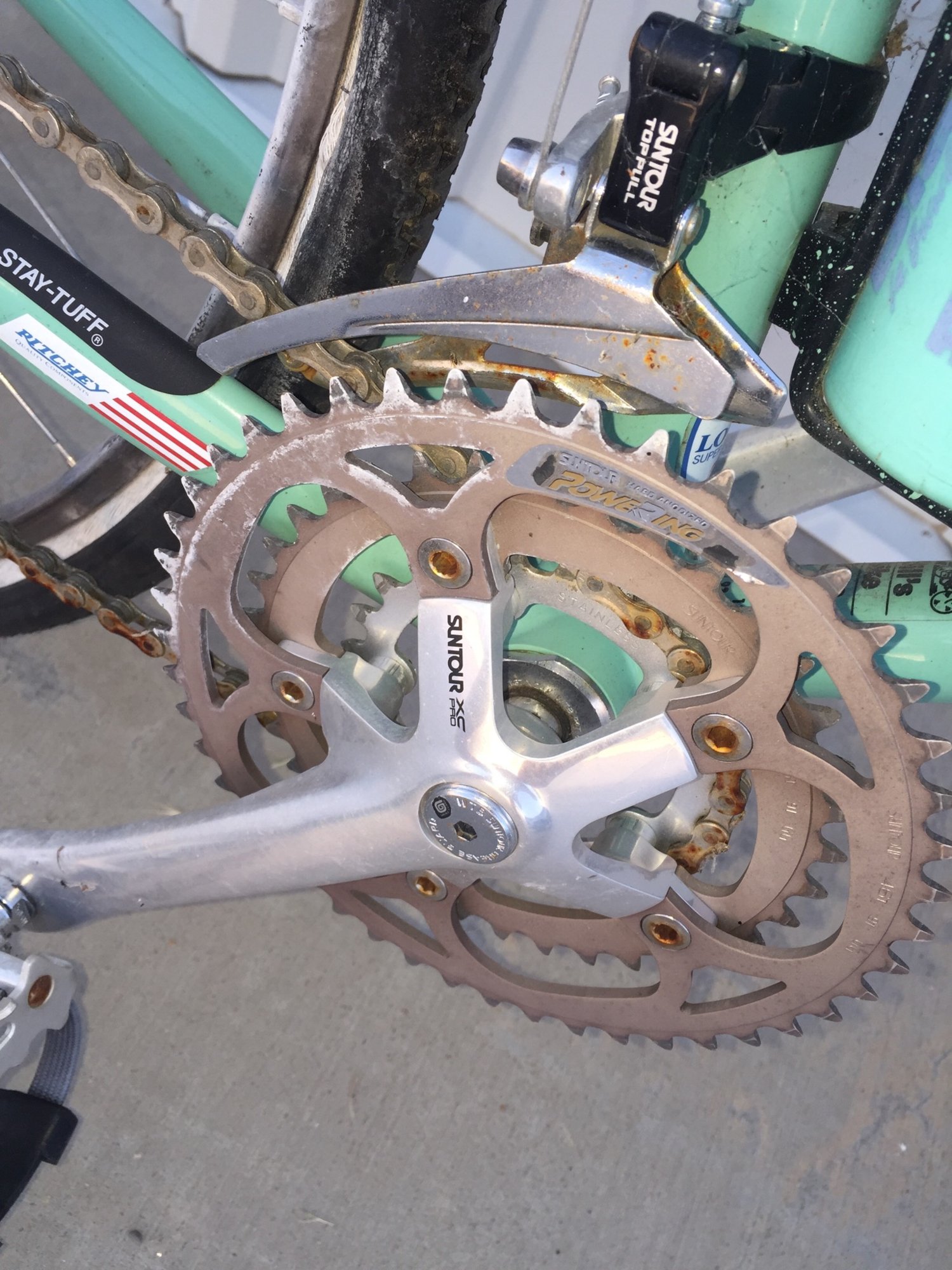 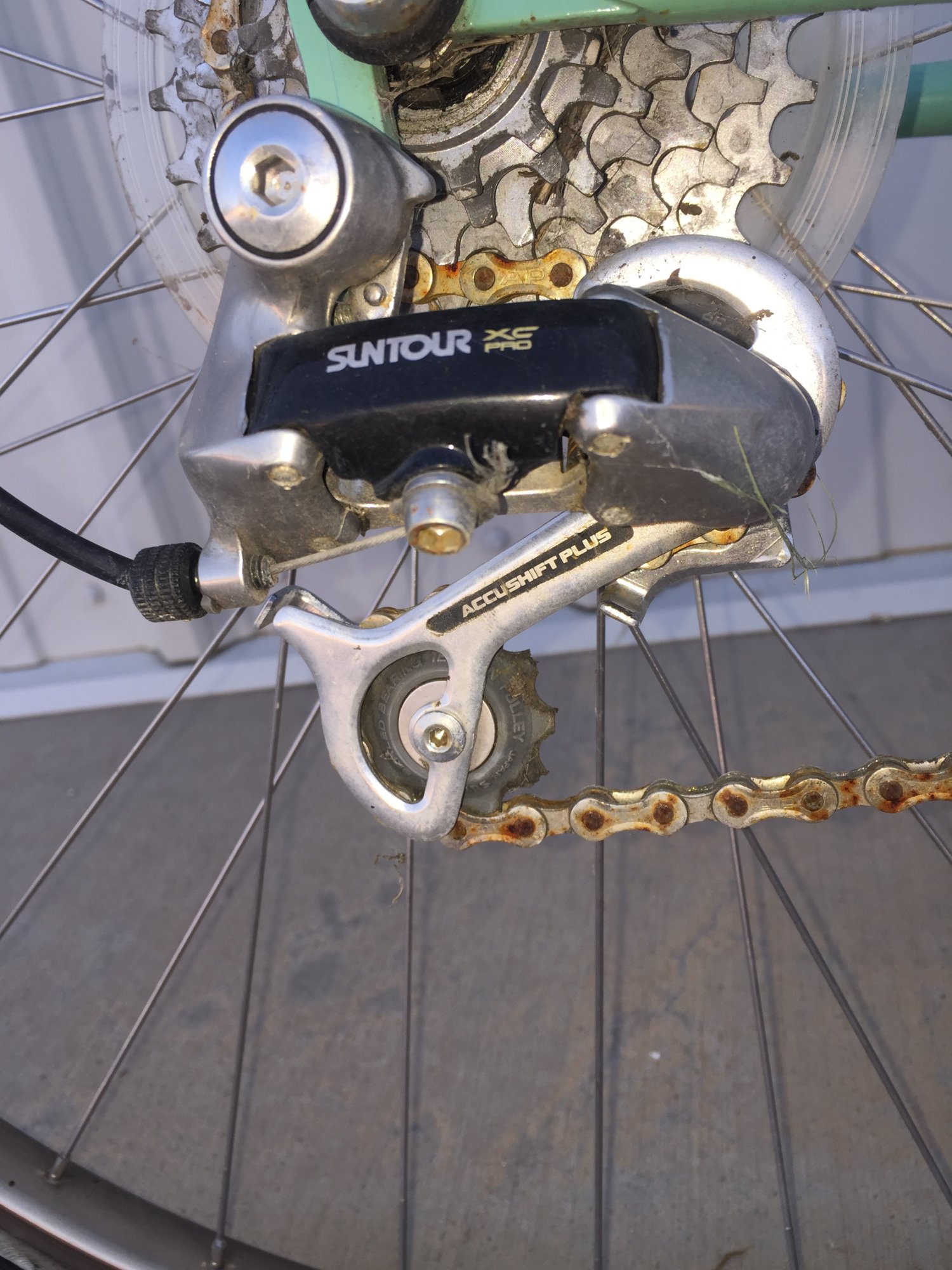 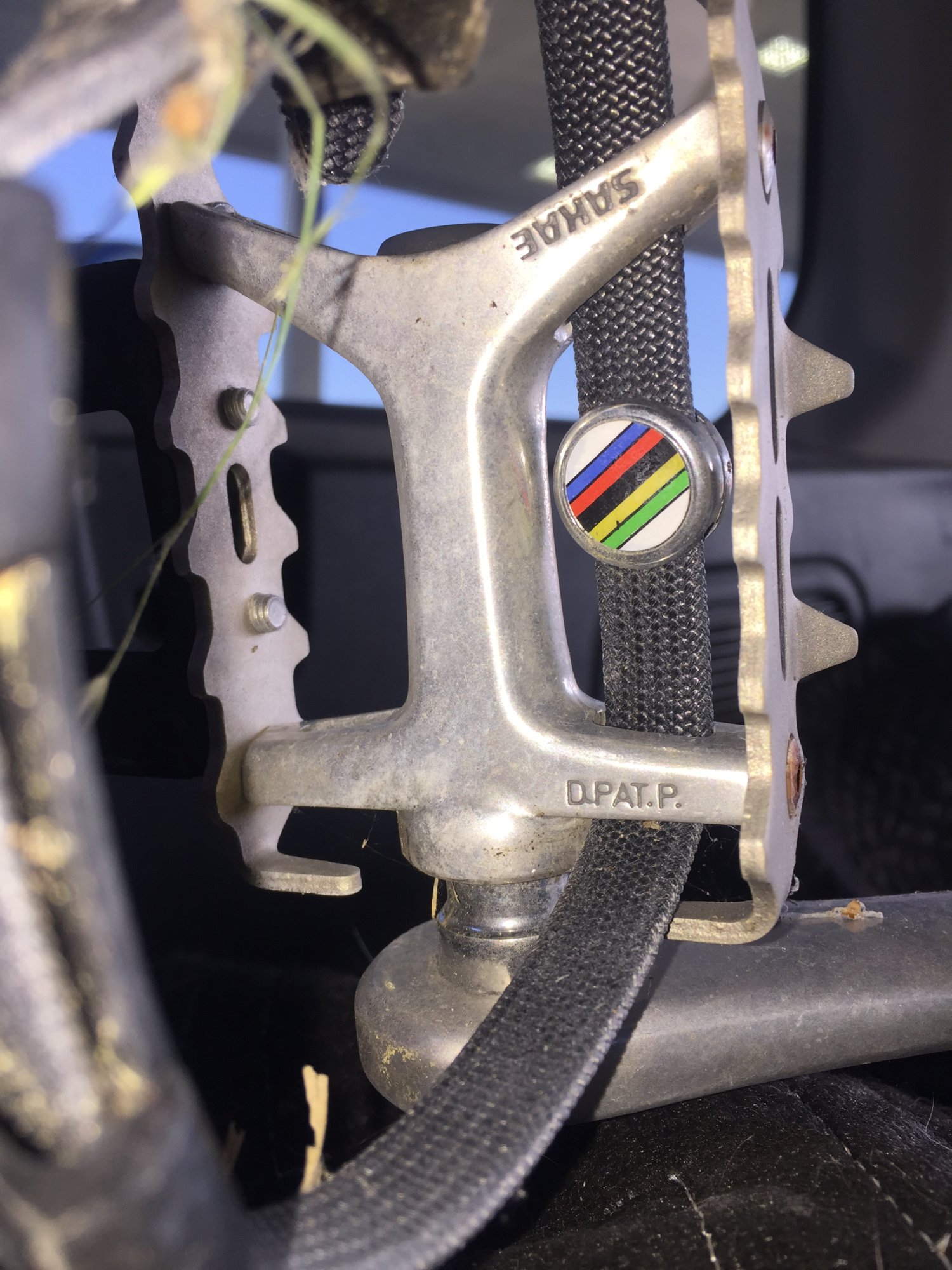 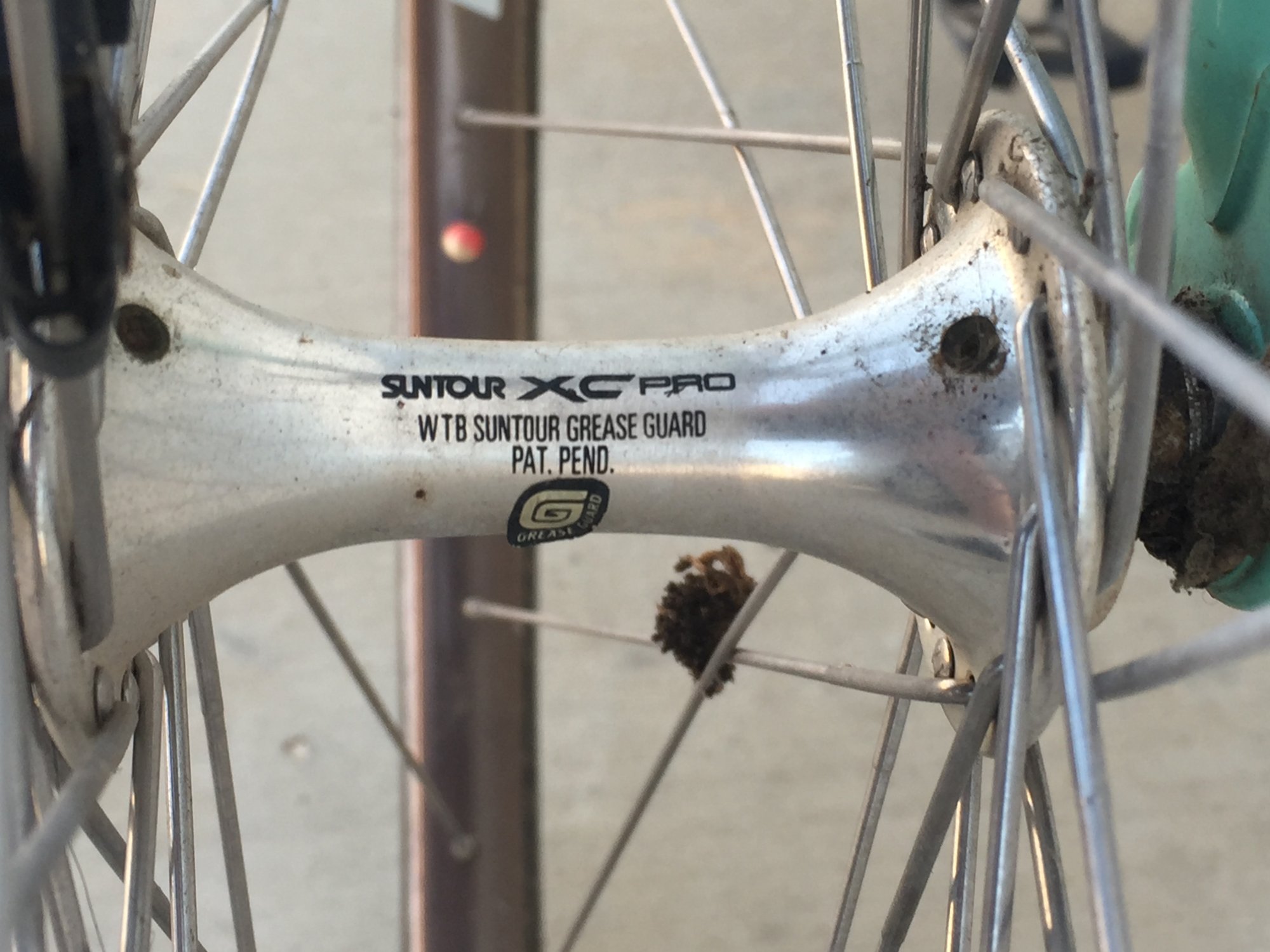 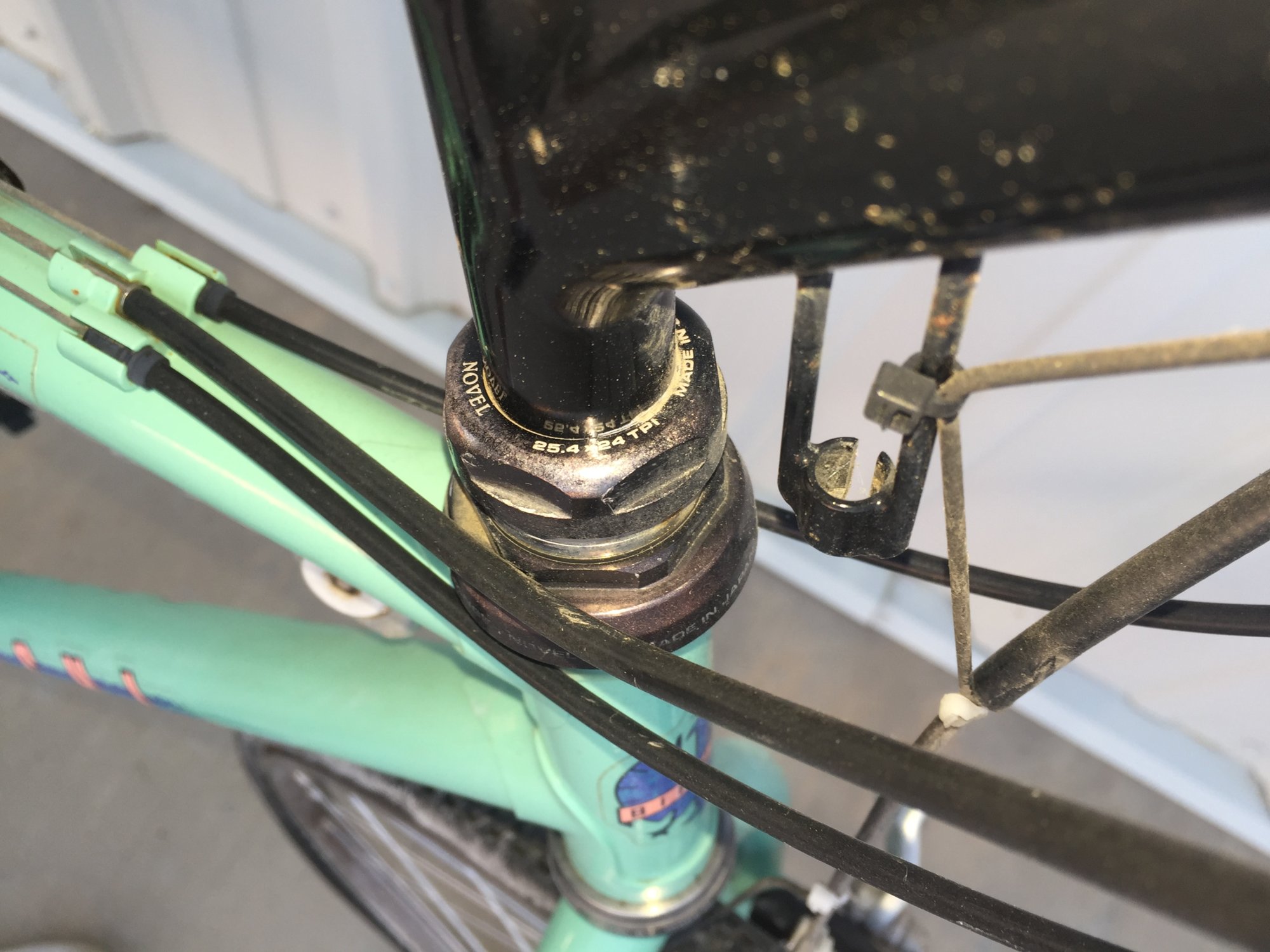 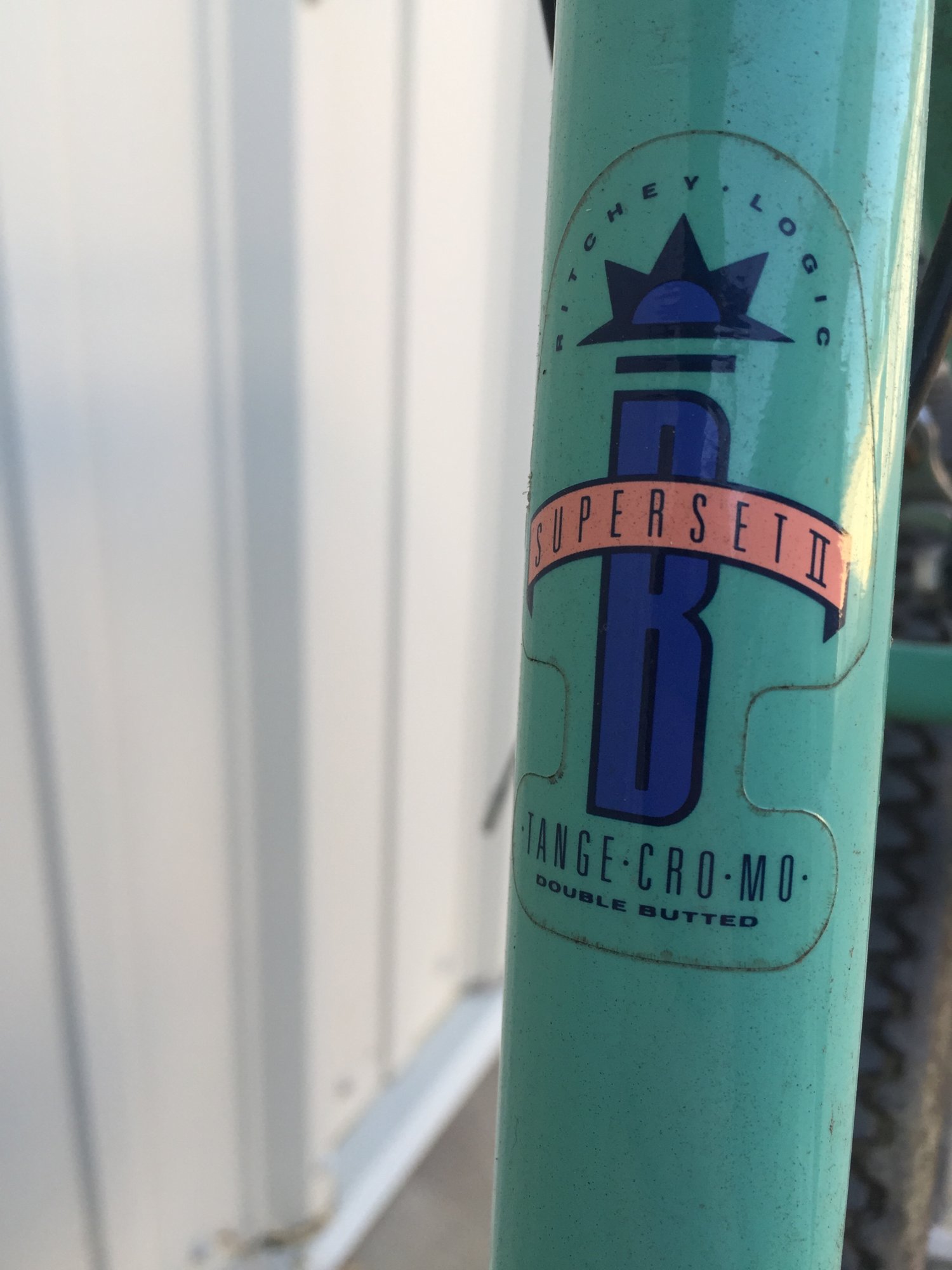 I have had experience with three Bianchi mountainbikes locally, and from looking at them I saw that they were offered in different price-ranges depending on the cost of the group the bikes were equipped with just like any other manufacturer's wares.

One of the Bianchi's I had my hands on I found at the curb where someone had put it out for trash ten years ago. It was a low-end bike like yours, I wheeled it to my back-yard and someone took it. Next I saw it hanging out of a dumpster behind a business a short distance from my house where the "thief" probably threw it after they found it was not rideable, I just left it there.

A friend of mine bought two high-end, mid-90s Bianchi mountainbikes out of the local Craigslist a few years ago, he picked the pair up for $75, they were all Shimano XT equipped. Unfortunately he was not into them and just stripped the parts off to put on other brand-frames he was more a fan of, a sad end to a pair of unusual bikes.

Always a scarce item and definitely worth preserving since most of them probably ended up in the dump because of idiots like myself and my friend.
Reactions: Sven and KingSized HD 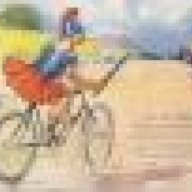 I have to disagree with this comment. The Suntour XC Pro parts on this bike are on the same level as the best stuff, XT, XTR that Shimano made at this time.

For the year of this Bianchi, 1991 is a good guess. You should find date codes on some of the Suntour parts that you can look up here http://www.vintage-trek.com/component_dates.htm

I tried finding a catalog with your bike, but I did not find one. You should ask the guys at Bianchi USA http://www.bianchiusa.com/ 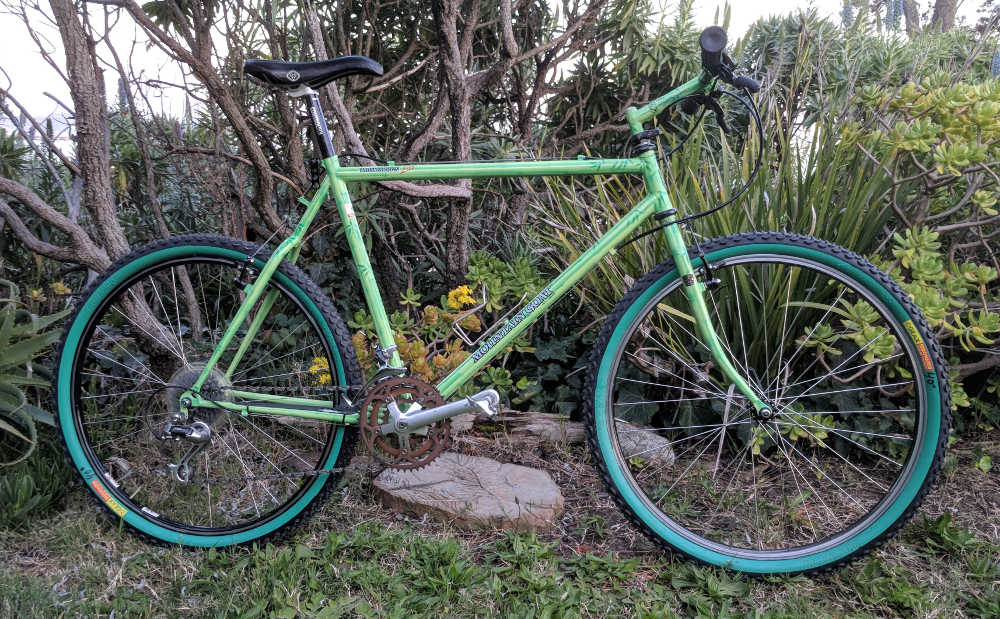 Thanks for the comments, I appreciate your input.
I have to agree with @fat tire trader about the Suntour XC Pro groupset not being lower end. Articles I’m finding indicate the Project 7 was Bianchi’s top-of-the-line month mountain bike for 1991 along with the 26” Super Grizzly.
Using 700c wheels for MTBs was revolutionary that early and makes this bike one of the original production “29ers” but the concept was ahead of its time and the model appears to have only lasted for ‘91,’92 & ‘93.

I’m still looking for a 91 spec sheet or catalog but I think this one is pretty original so I’m happy with it. Now if I could just figure out the correct tire size to fit the frame, the originals are so shot I can’t read the size(although they are 700s).
G

KingSized HD said:
I have to agree with @fat tire trader about the Suntour XC Pro groupset not being lower end.
Click to expand...

Everybody likes to think that what they have is the best. If you look at the Trek brochures on the website that fat-tire linked to, you will see that in the early 90s Trek put Suntour only on it's mid to low-end bikes, not on any of it's high-end bikes. Why if it was just as good and cheaper??? . I looked in a 1997 Mountain Biker magazine and no retailers were selling Suntour equipment in it, no tested bikes were equipped with Suntour etc.. So Suntour may have tried to get into the hunt, but obviously they failed. I think it is important to preserve Suntour equipment as part of mountain-bike history, I have a Suntour equipped Trek of the early 90s and would not alter it, but just because it is my bike I am not going to say it is the equivalent of Shimano stuff, especially since I have ridden both manufacturer's equipment.
R

Howdy King Size. Is this bike for sale, your highness? 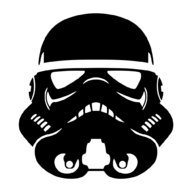 If I am not mistaken wouldn't this model be the first hybrid Bianchi produced? Once they started using 700c wheels other companies caught on which gave us the hybrid. I might even have exact Bicycle Guide from 91 featuring this bike. Anyhow great bike I would love to get my hands on one and slap some moustache bars on it.
Reactions: Bikerider007

I’m not sure about Bianchi’s hybrid history but this article discusses the Project 7’s place in history as an “early 29er”: https://dirtragmag.com/printragbig-wheel-mountain-bike-story/

I’m still searching for a catalog or tech/spec sheet for this bike, trying to find out what’s original or not so please let me know if anyone has one they can share.

That's a great article but if they consider that Bianchi model an "early 29er" then all early 90's hybrids should be "early 29ers" since the Bianchi 7 is a spitting image of various other hybrids made by Scwhinn, Univega, Bruce Gordan, Mountain Goat, Diamondback, Jamis, etc. For me terms like "29er" or "gravel grinder" are just hipster terms to create a new buzz to generate excitement for bikes that have been around for years. I have a whole box of Bicycle Guide magazines from 1990 to 1992 so I am searching for articles on the Project 7 but comparing to other bikes I say it was their top of the line model in the hybrid market in 1990/91. The Suntour XC Pro group was used on some high end bikes back then and below I provide an example of one. Anyhow if I find the article about that bike I will definatly post it . Your bike is awesome no matter, I had a 1st generation Jamis Coda hybrid from 1991 I regret selling. 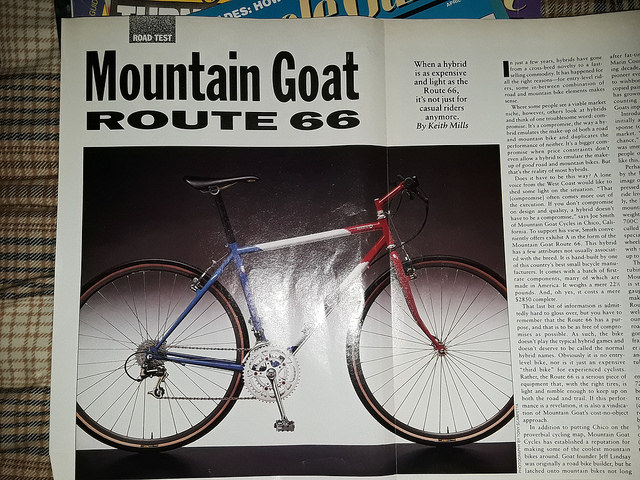 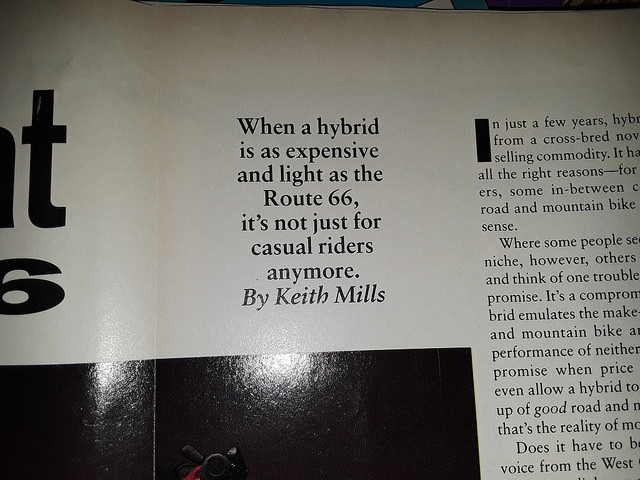 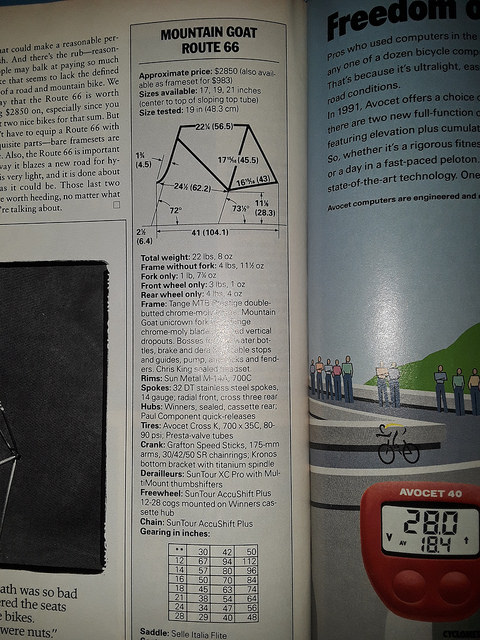 Mr.RED said:
For me terms like "29er" or "gravel grinder" are just hipster terms to create a new buzz to generate excitement for bikes that have been around for years. I have a whole box of Bicycle Guide magazines from 1990 to 1992 so I am searching for articles on the Project 7 but comparing to other bikes I say it was their top of the line model in the hybrid market in 1990/91. The Suntour XC Pro group was used on some high end bikes back then and below I provide an example of one. Anyhow if I find the article about that bike I will definatly post it . Your bike is awesome no matter, I had a 1st generation Jamis Coda hybrid from 1991 I regret selling.
Click to expand...

Thanks for the compliment and the pix. I was into road bikes in the 80s and vintage cruisers the last few years but between that I missed the beginning of the Hybrid thing and thought it was more of a term of art for marketers, that’s why I used “29er”. I’d love to see anything you find on the bike. For ‘91 the Bianchi Grizzly cost about $100-200 more but it had 26” wheels, the Project 7 was their highest priced 700c wheeled bike. Someone on another site said they had a 1990 Grizzly in 700c which would be a year earlier than mine.
I agree that the Suntour XC Pro was a high end group for the era and represented on some expensive bikes, Suntour ran into problems after that then lost the high-end component race to Shimano. I plan to get working on it soon; starting with some Bruce Gordon Rock-n-Road 700c tires.
This ad goes away when you register for an account!

I have a pair of Bianchi 700C Grizzly tires that I do not need. I thought about you when I was looking through my stack of tires,

I have a pair of the Bruce Gordon tires that I occasionally have on my Rock n Road, I like them, but I often prefer the bike with 28c street tires.

If someone needs to look at Trek catalogs to say whether Suntour parts were/are good or not, well...
Reactions: KingSized HD 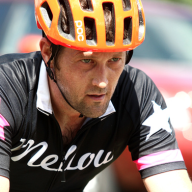 Had one as commuter for a bit around 2003, ended up in a discussion with Sky Yaegar years later who was designing bikes for Bianchi at the time and this was one off hers. Old Thread, but thought I'd mention for others that stumble upon it.
Reactions: KingSized HD and buses n bikes
B

This one blurs the lines between road/touring/city/Atb
E

Very cool bianchi. Really like that. Interesting that it's specced with Suntour XC Pro. Usually considered a step above Shimano XT on the price spectrum & certainly not considered inferior.

Although plenty of other suntour groups were cheap XC Pro was literally the best until Shimano XTR came about and suntour faded into the sunset.