So I was able to pick up one of my bucket list bikes this past weekend. It was a 6 hour round trip and I paid up for it. However, it appeared to be 100% complete with both lenses in tact, no cracks in the tank, and it didn’t appear to be a rust bucket. Since it was a C.L. advert, I was a little panicked about the actual condition. Everything looks decent from 8 to 10 feet away. As soon as I walked up to it, I new I was getting what I had been looking for. 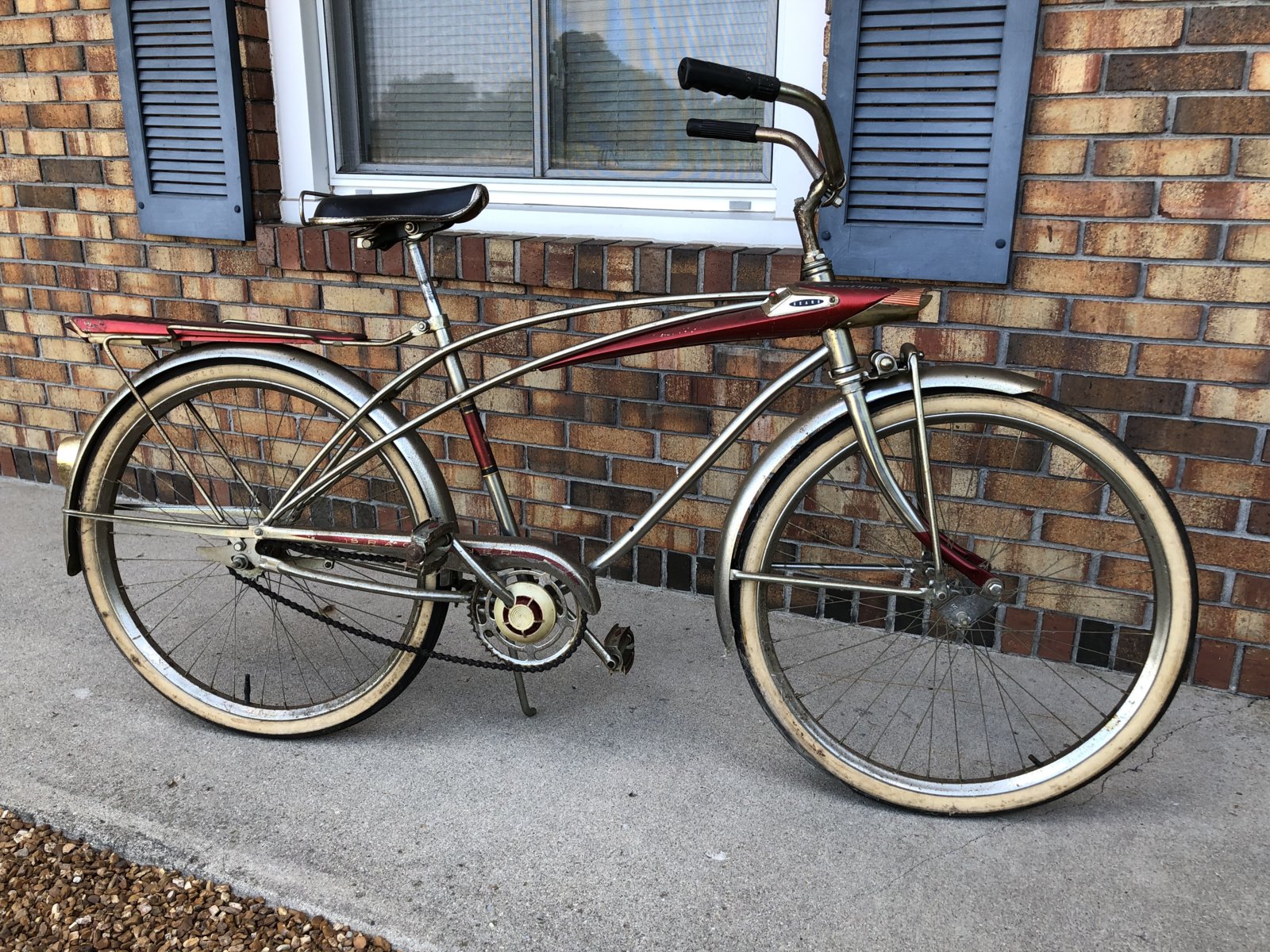 The gentlemen I bought it from said his brother bought it new and rode it growing up up. He ended up with some medical conditions and was no longer able to ride it as much. His brother passed away several years ago and the bike has been in inside storage for the last 26 years. The tubes hold air and the tires are in fantastic condition with very little cracking. The battery box looks like new. There are two minor issues. One side of the bars is bent and he put decals on the nose of the tank. Not sure how I’m getting those off yet. I haven’t tore into it even though I’m anxious to get to it. I think I may make this my winter project bike. 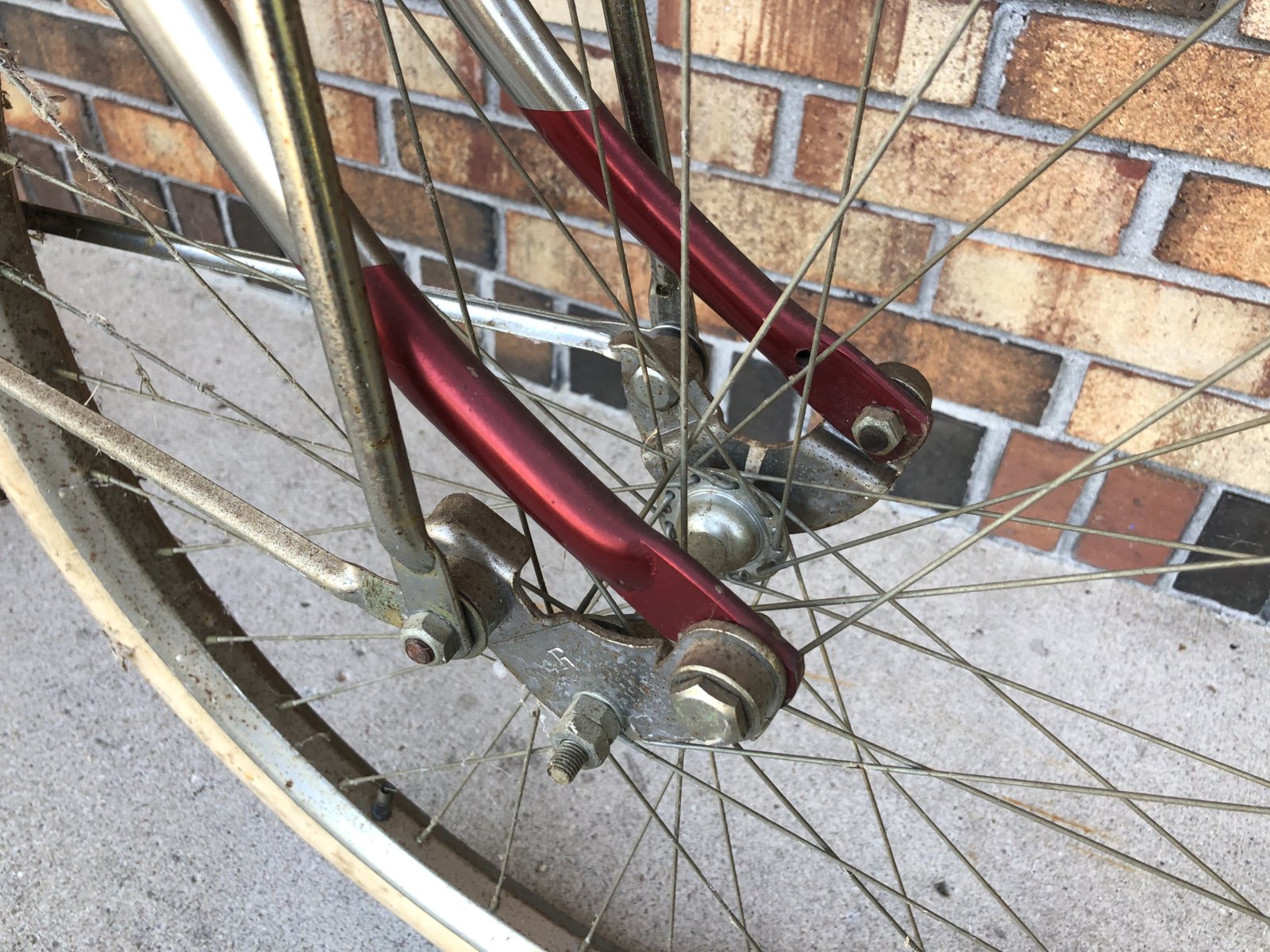 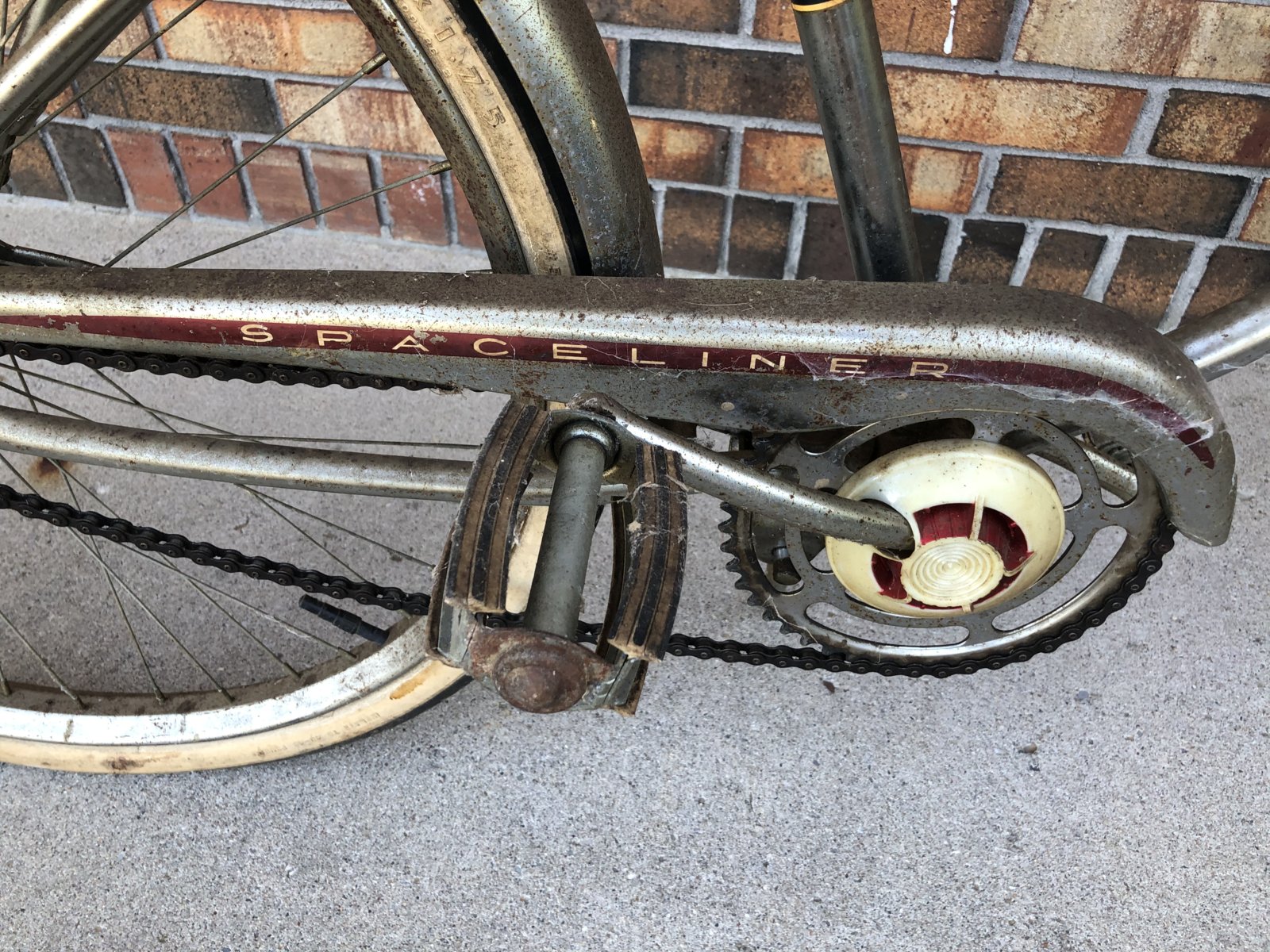 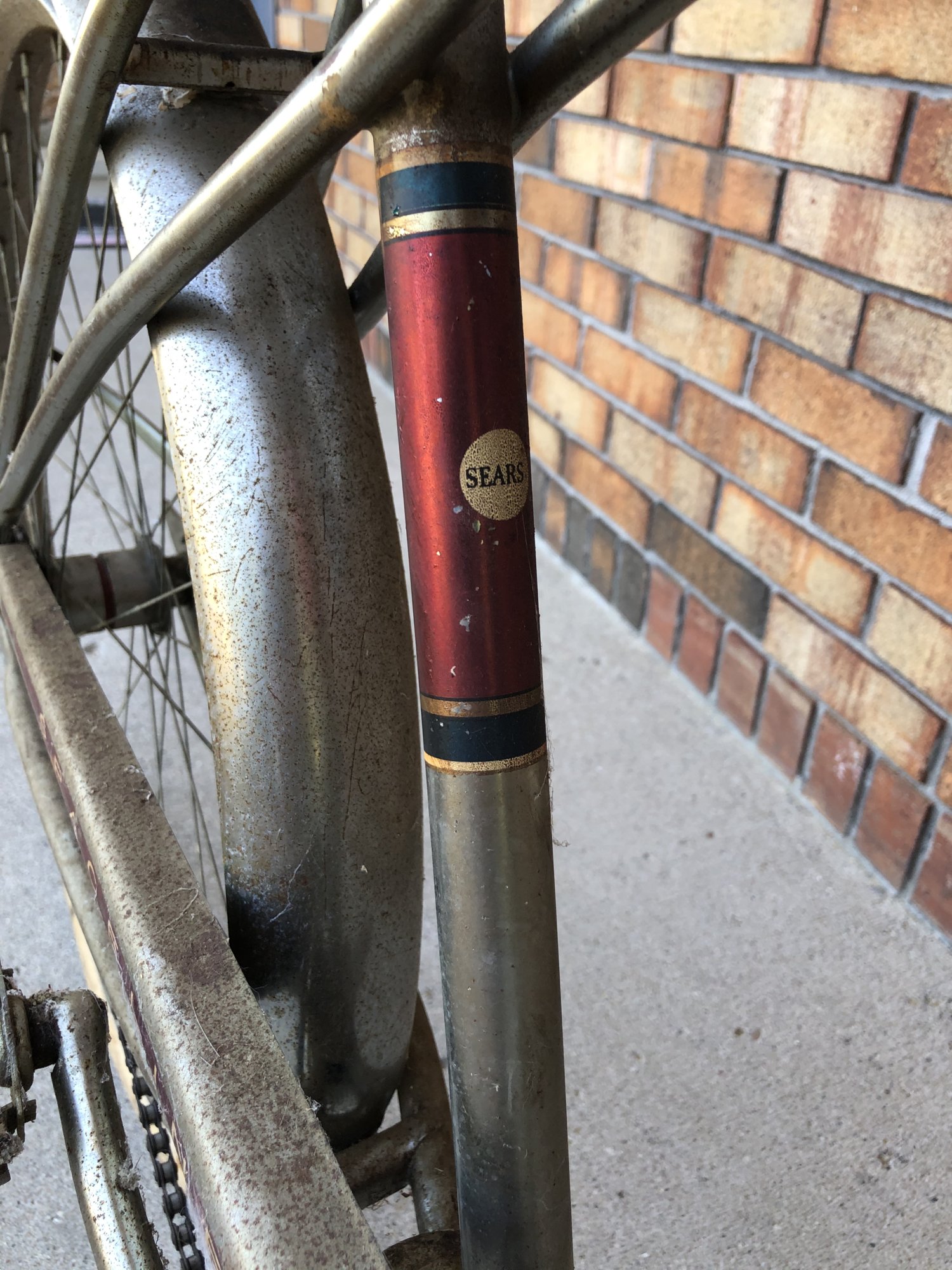 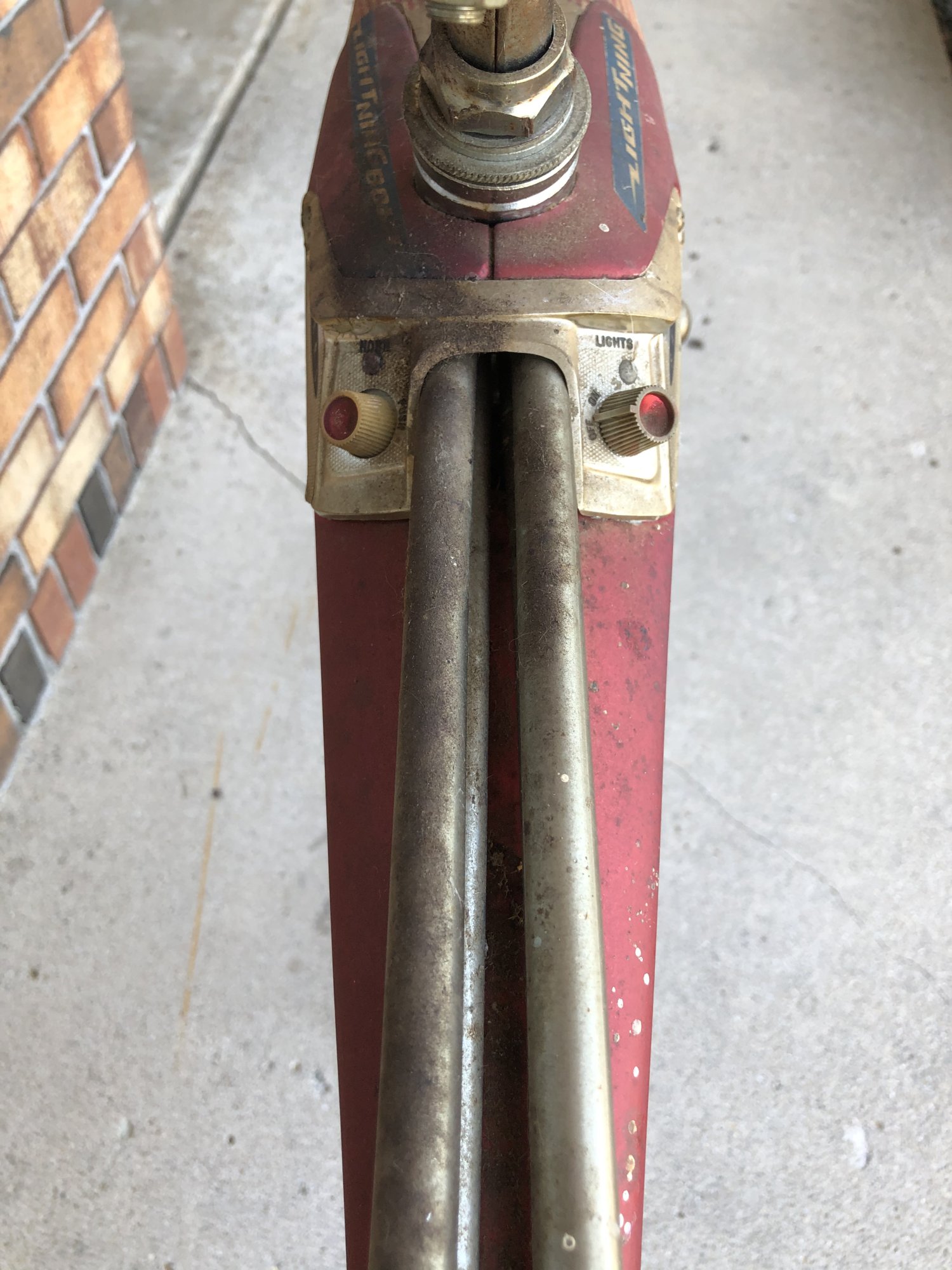 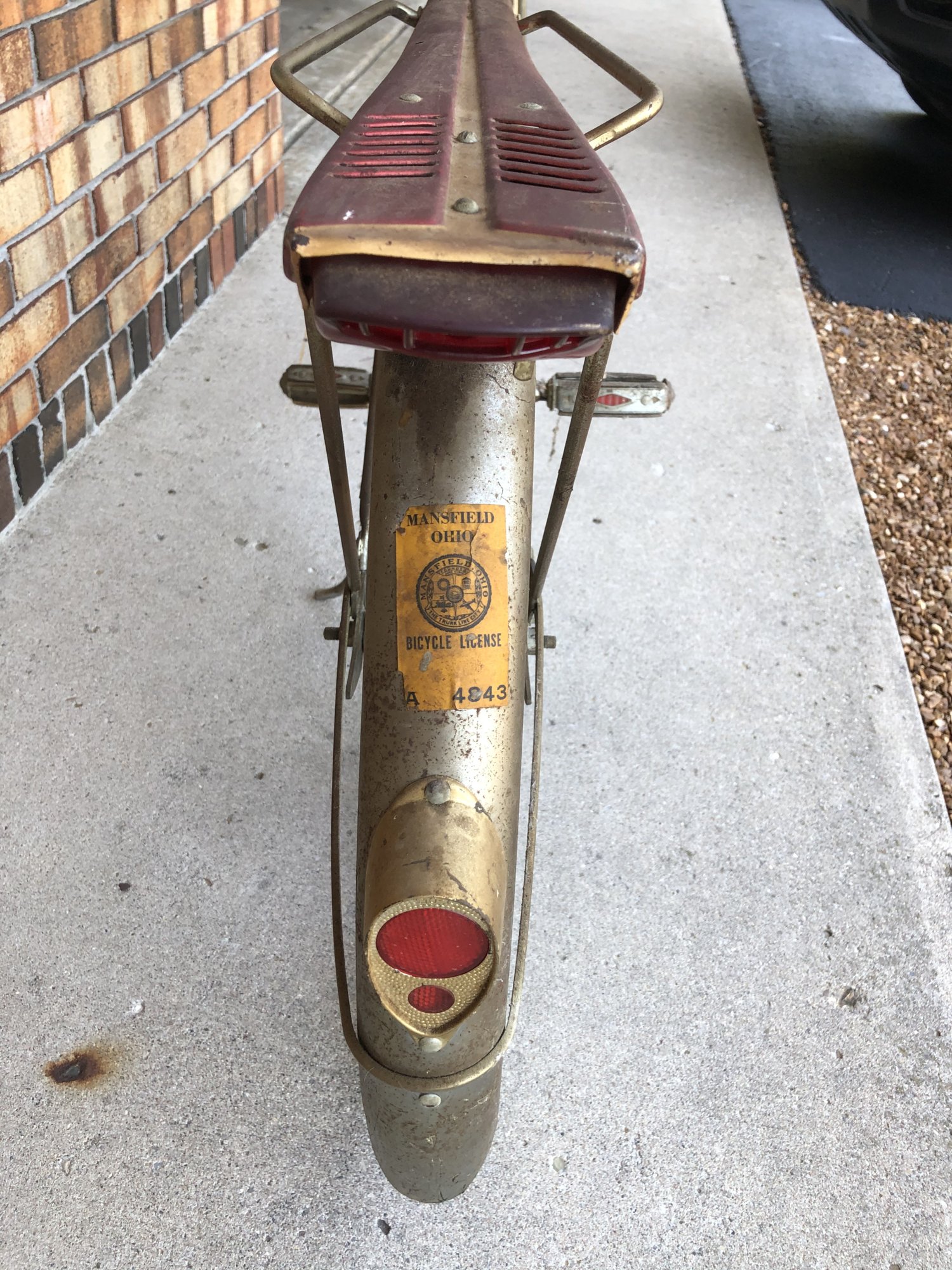 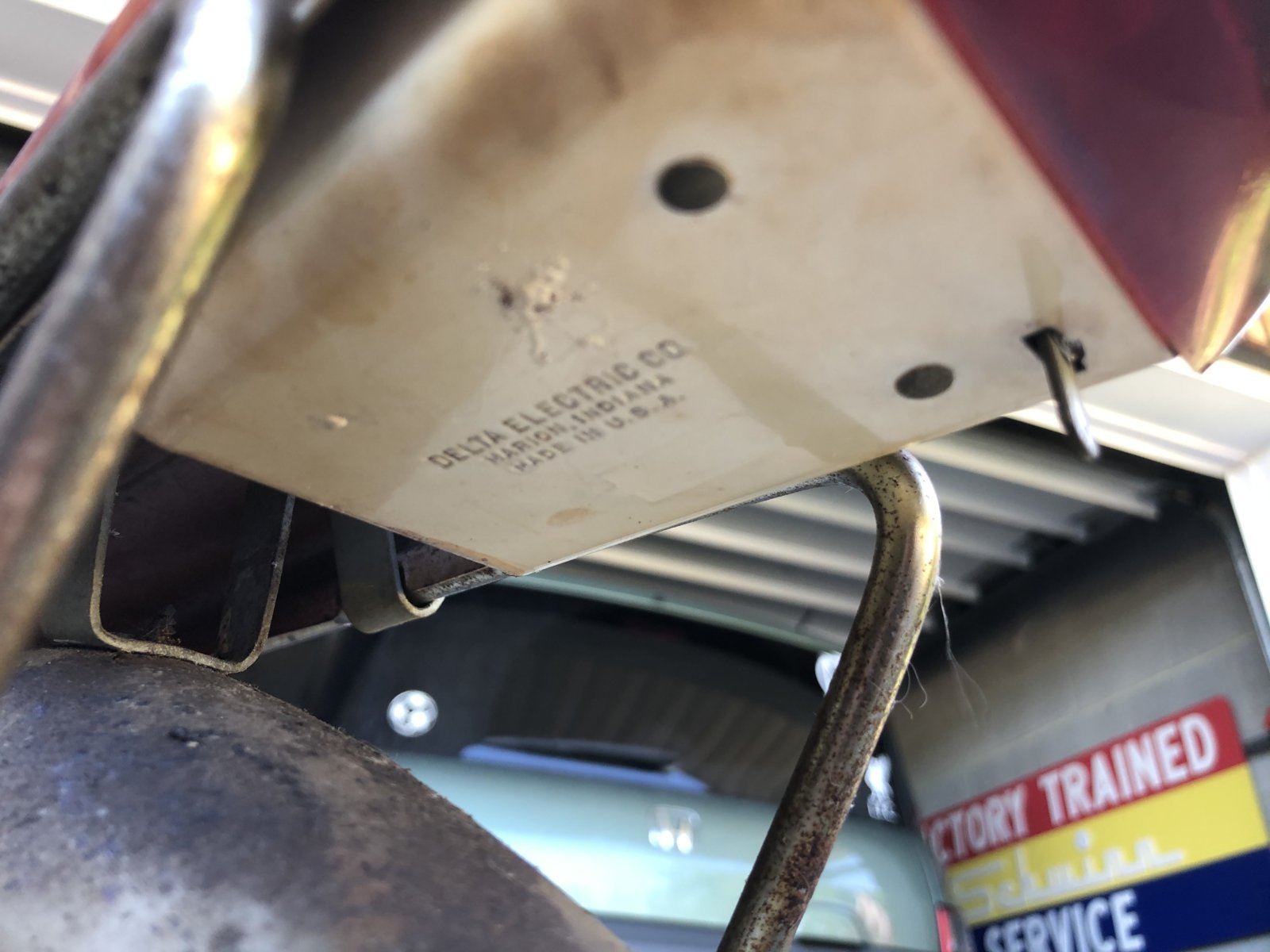 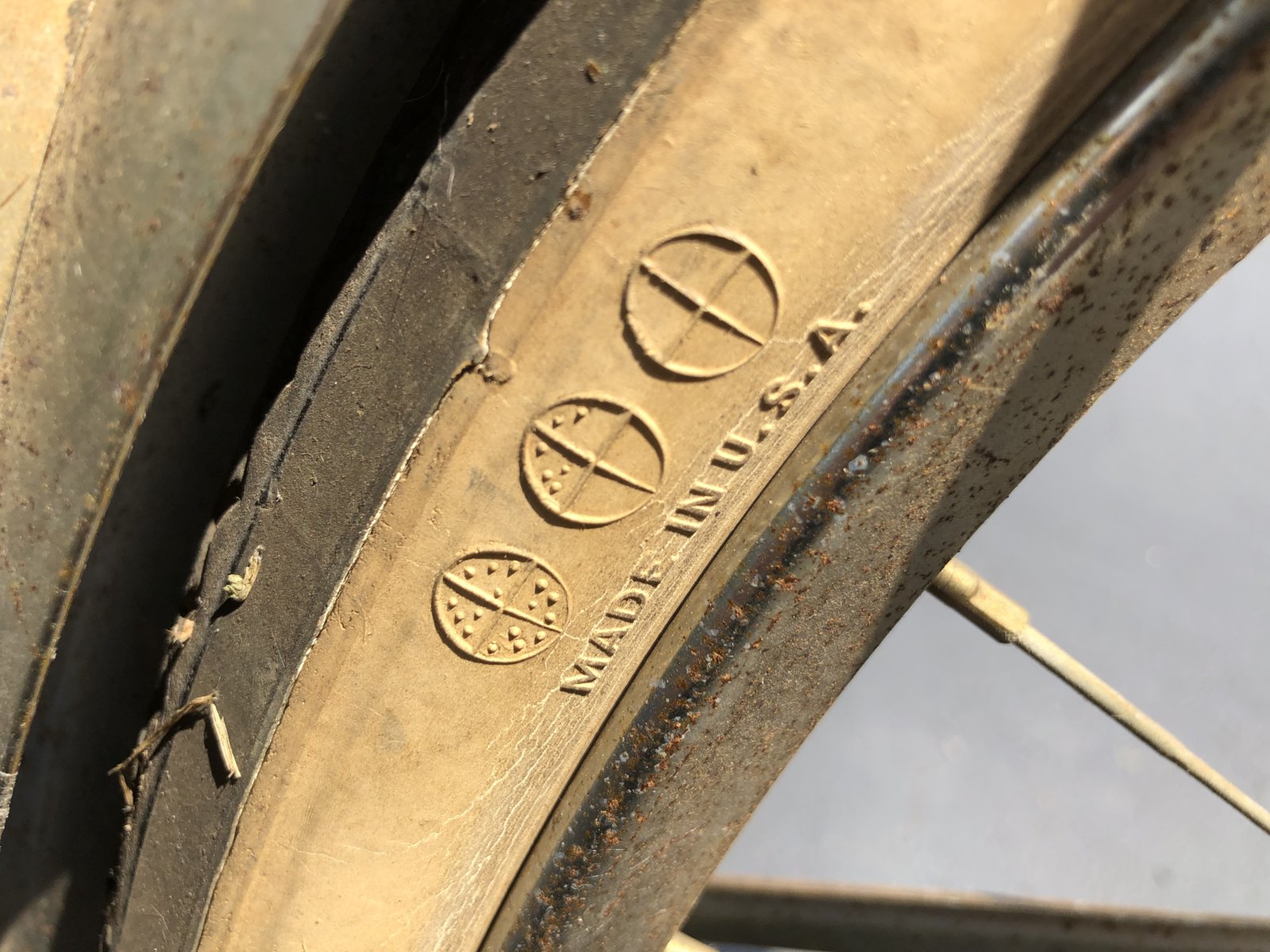 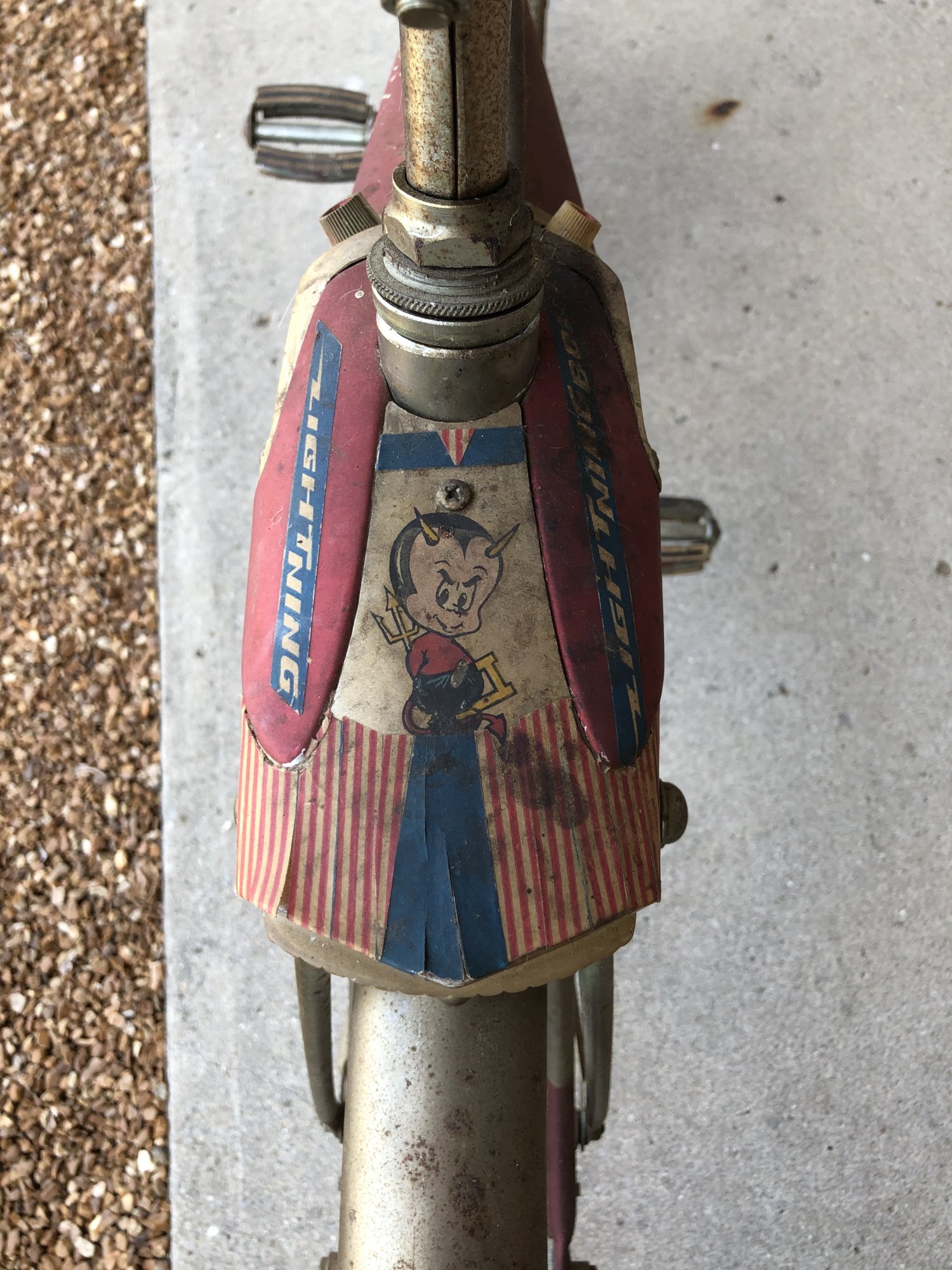 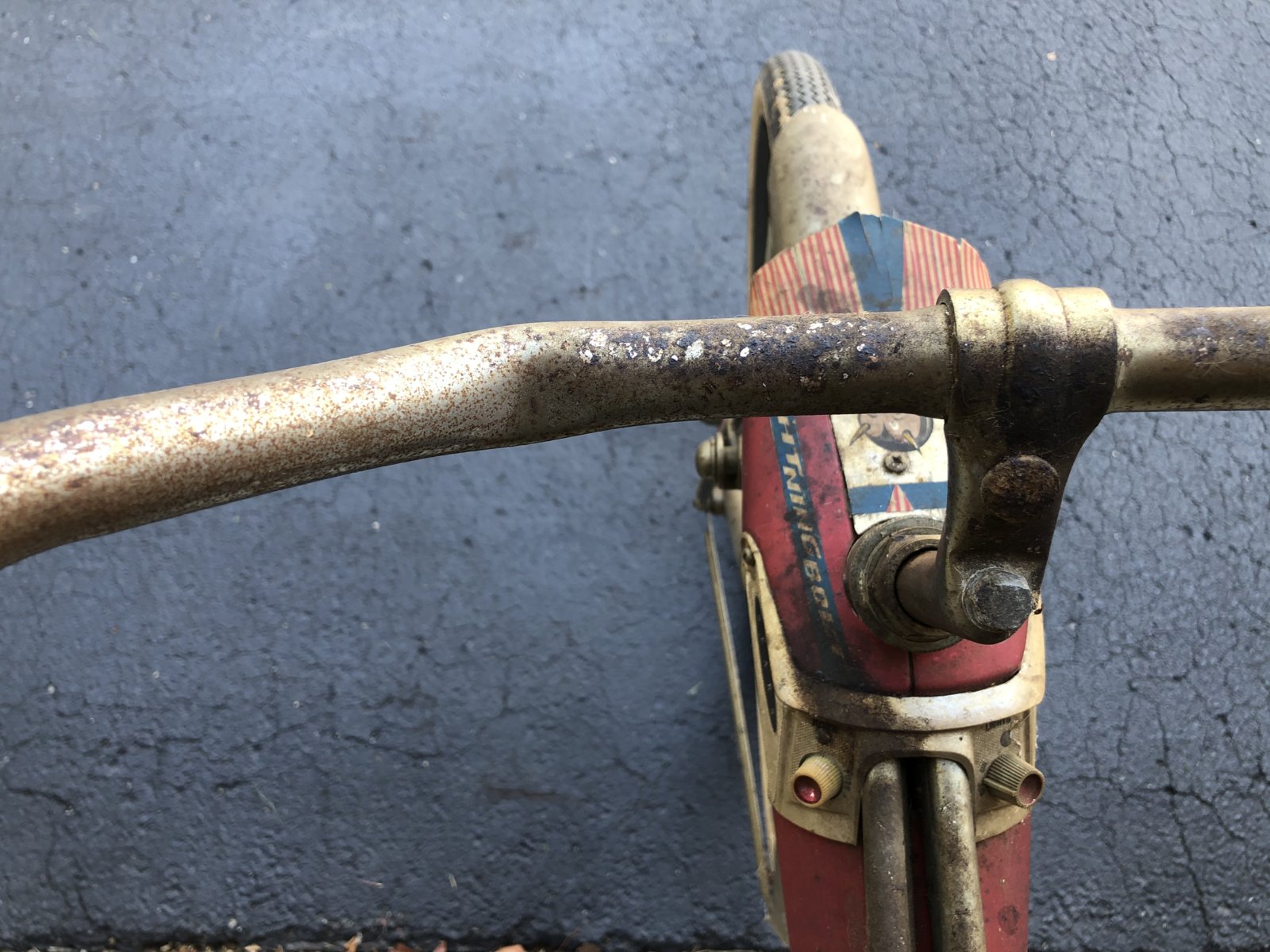 I had one just like it. Very nice bike. Stickers on light look like they're ready to come off with a good soak of hot soapy water. Try that first.

Nice find! I have a Spaceliner also and just got a BF Goodrich Challenger Vigilante this last weekend.

The stripes at the front look like they're coming off anyway, but I'd leave the little devil. That's about as complete an example as you're going to find!

Yeh I like that devil as well. The stripes will go. I'll see if I can save it when taking off the stripes. The main reason why I jumped on it was due to the fact it was complete. I can deal with condition issues that aren't too far along.