Some big bikes up on DOND here lately, seems the perfect place to offer this fresh to the fold find.

So For your DOND consideration -

Ca. 1933/4 Schwinn Aerocycle bones.
I purchased this bike this past weekend from a PA household where it belonged to the previous owner’s late elder sister.
I’m told it was purchased at a second hand store in/around 1965. According to family recollection it did not have the original tank at this time. It is likely the repair at the seat tube / top tube joint & repaint were done by the second hand bicycle dealer at this time.

I have attempted to capture all angles to show you what I see. The only other damage save for the fork is the rear fender brace shown.

All tubes appear nice and straight without other signs of wreckage aside from the incorrect fork which is badly battered. Incidentally I have a matched paint correct fork & headset from a ladies machine that will be included.
The bars, stem, saddle, and pedal remains have been removed but are included at buyers request if desired. Basically you can opt to have as much or as little of this bike as yoy

My gut says this bike may have had a Musselman suicide shifter setup which could account for the cropping of the top of the chainguard, conjecture but a fun thing to envision.

Currently running ND Model D rear and what appears to be an ND W front hubs.

@onecatahula asked about washers under the spoke nips so I took a shot that shows some but not all spokes have washers- Thanks Pete!

I decided to stop playing at paint removal after just a few minutes of knocking the heavily chipping paint off. I found the original paint hiding and revealed the serial number but I think that’s about as heavy handed as I want to get.

In an effort to give folks an opportunity to bid without dragging on for eternity I am going to let this one run for 1 day.

I plan to put it up at noon today (Tuesday Feb 8) and make a call based on offers made by tomorrow (Wednesday Feb 9)at noon eastern time.


Shipping is available at buyers expense or I can deliver to any number of swap meets along the way.

Feel free to post any questions regarding details I missed and I will happily oblige wherever possible.

I am going to try and spread the word on other platforms but this is the only medium this bike is being offered at this time.

I will start with the “as found” images and work my way up to current state.

Thanks everybody, good luck to all of us 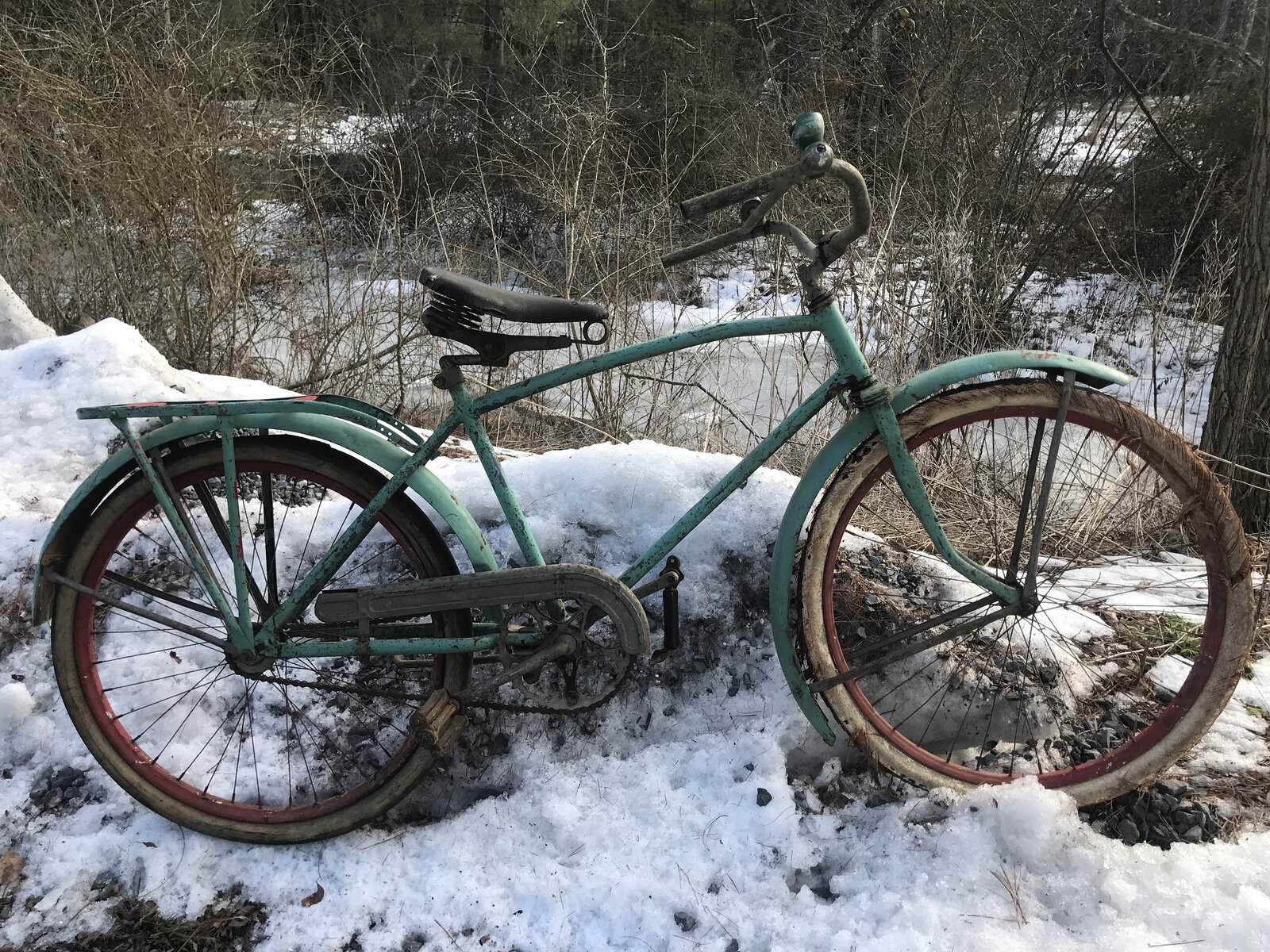 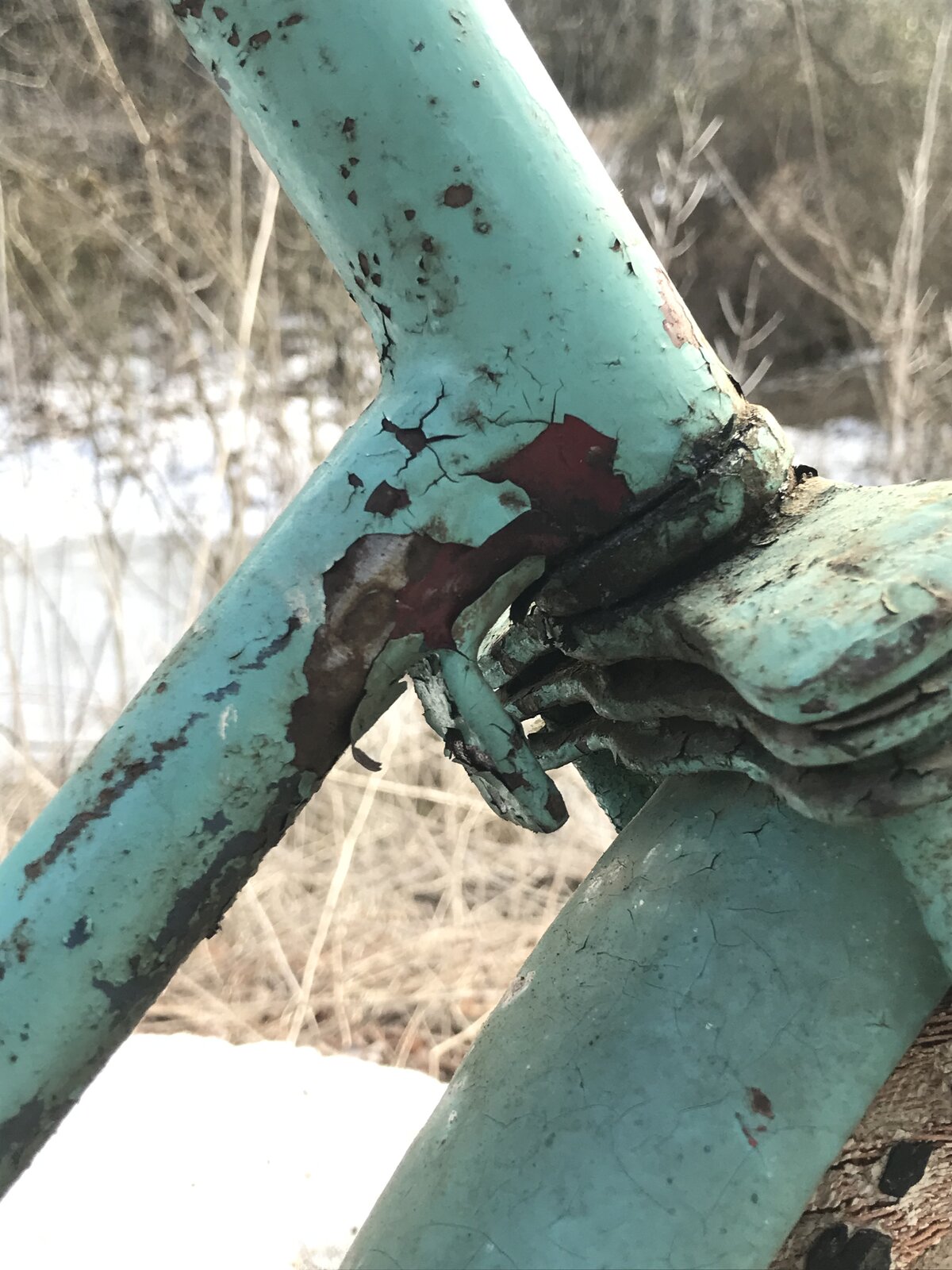 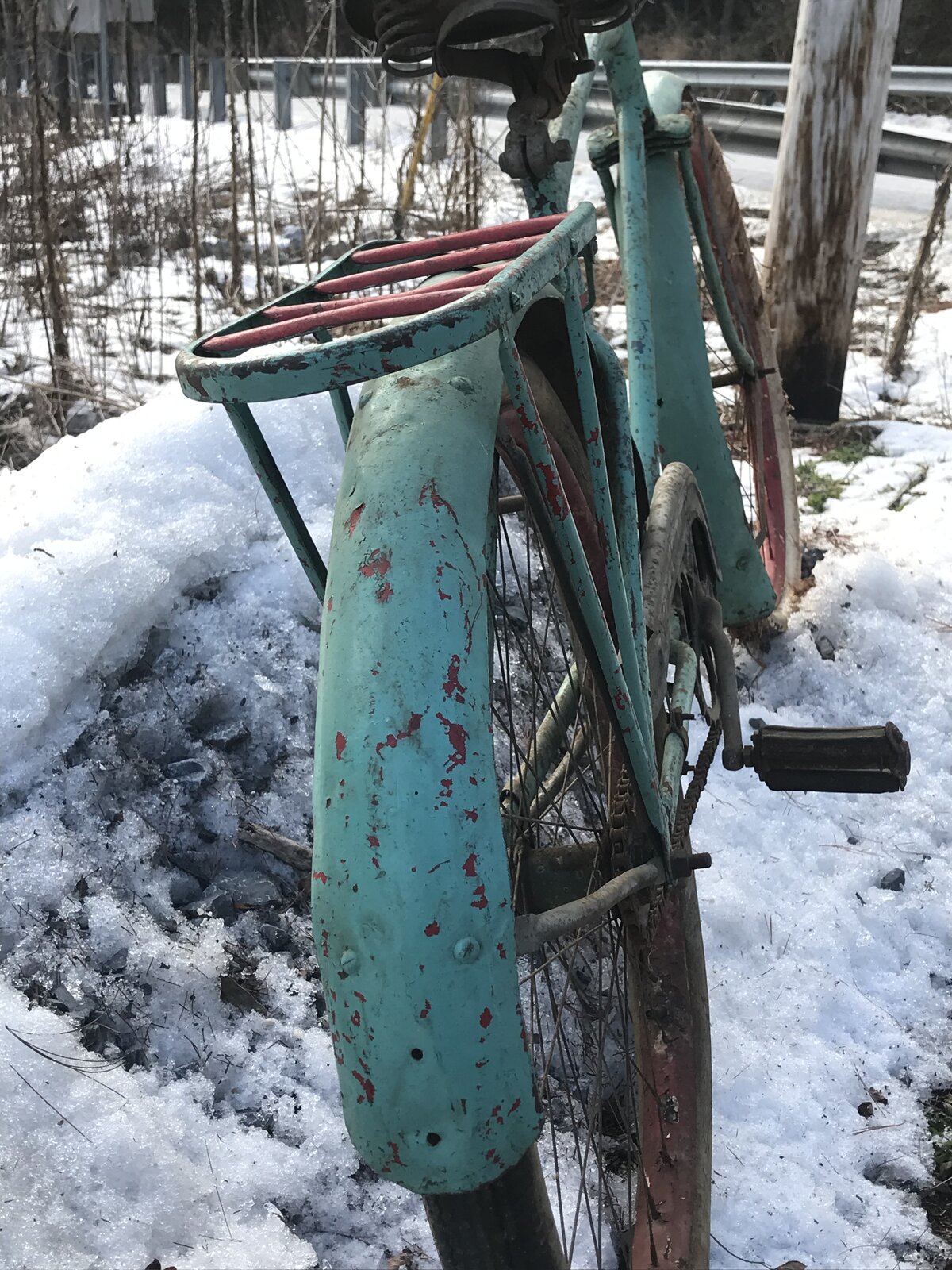 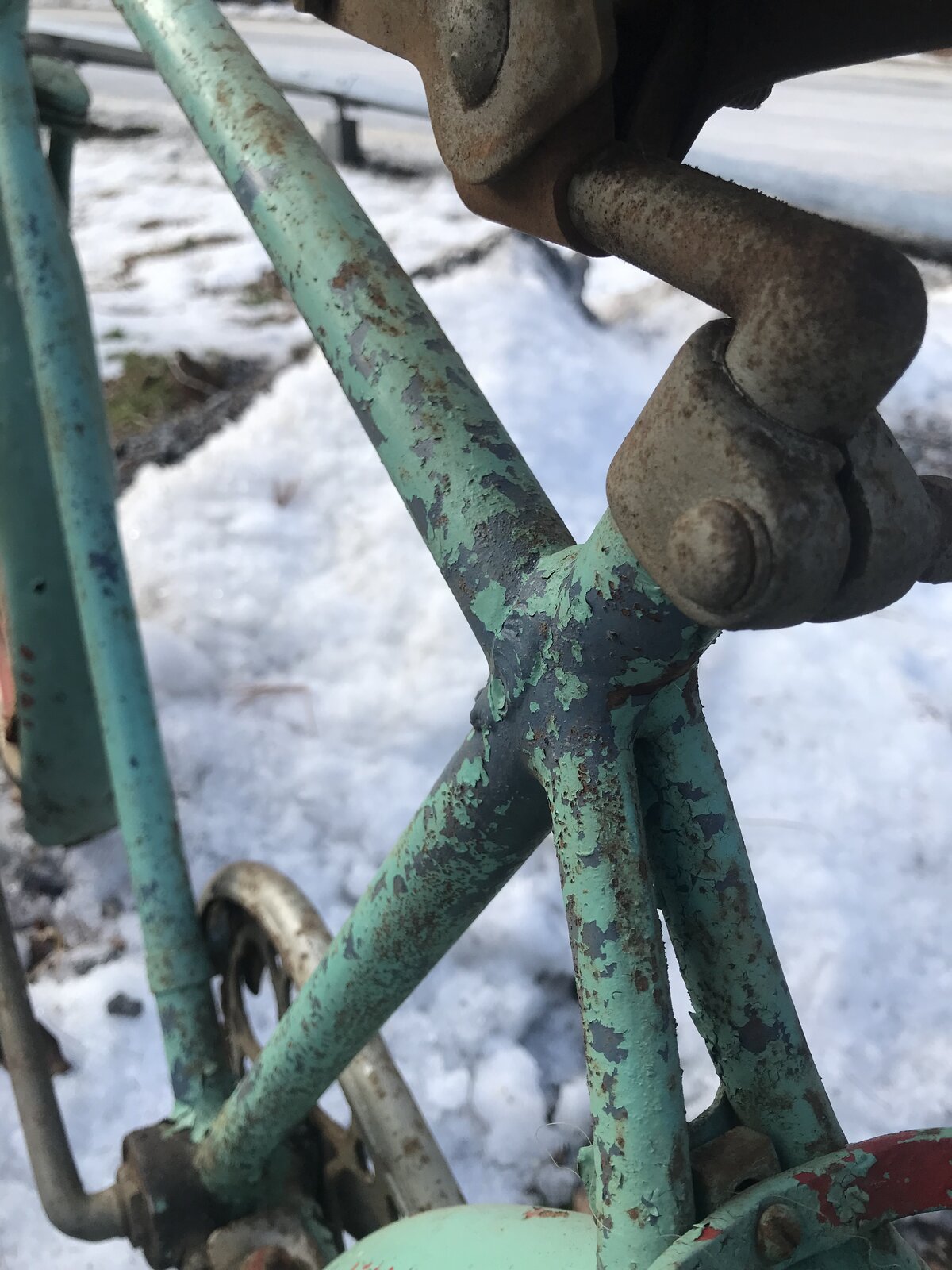 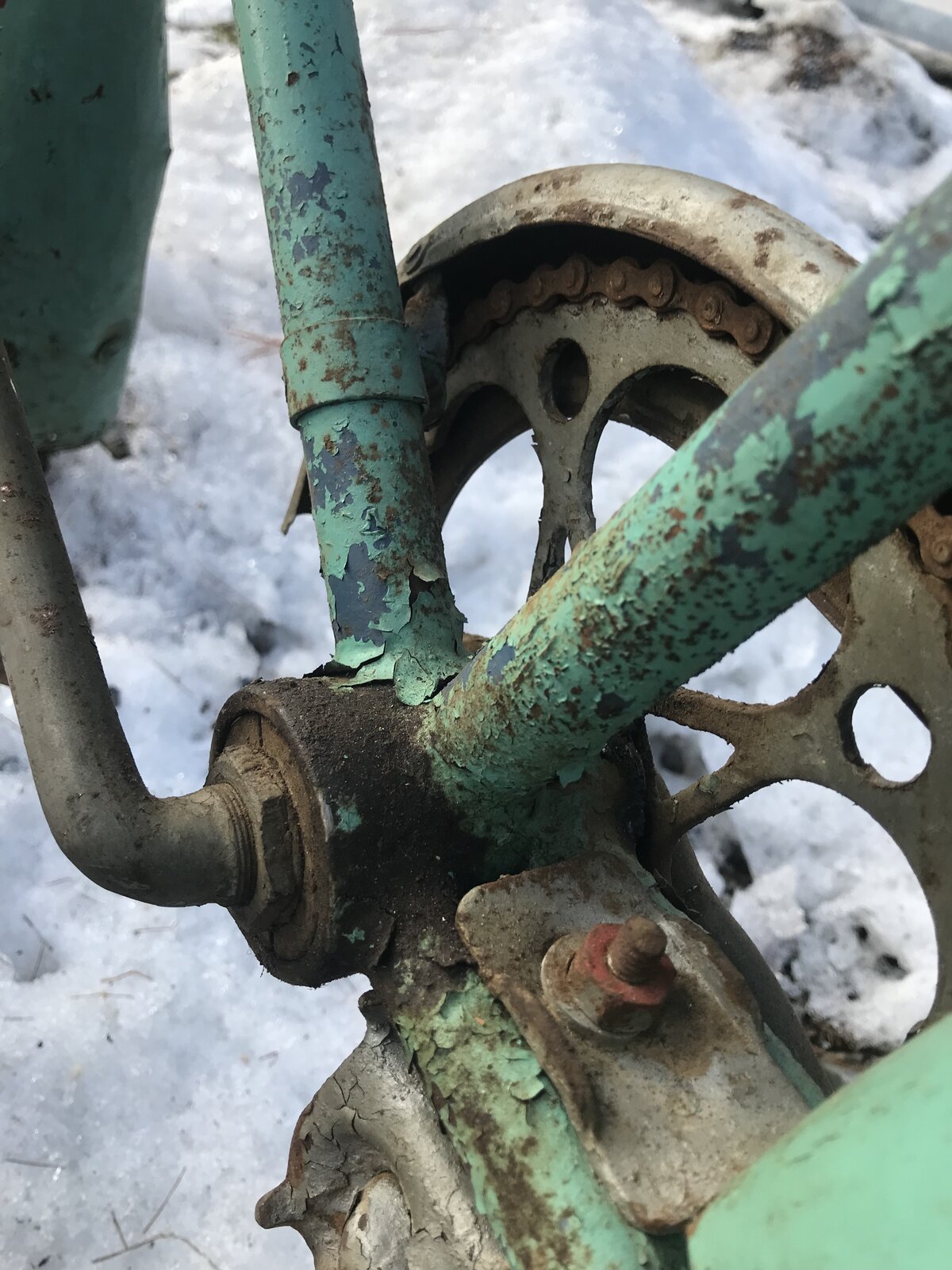 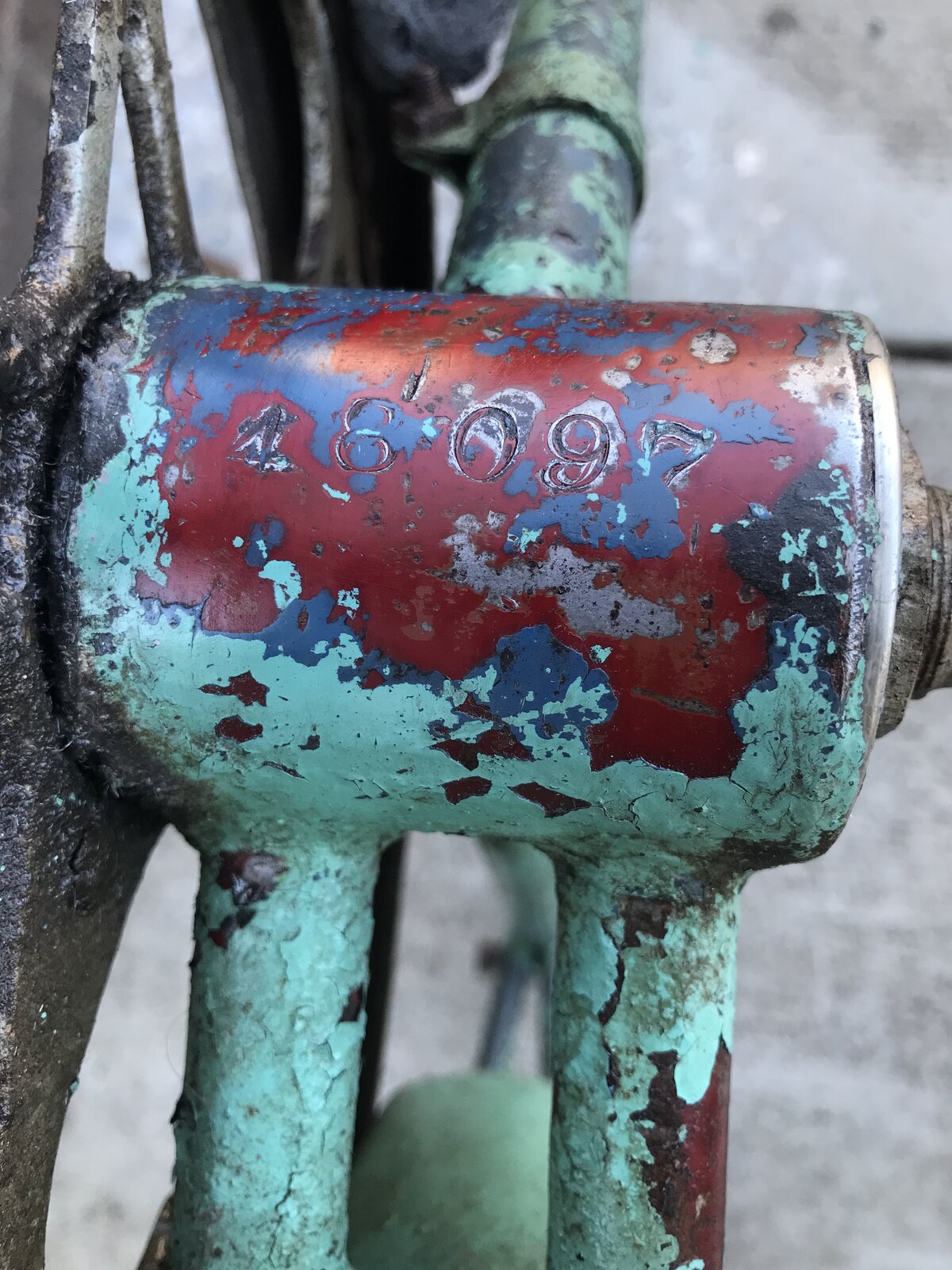 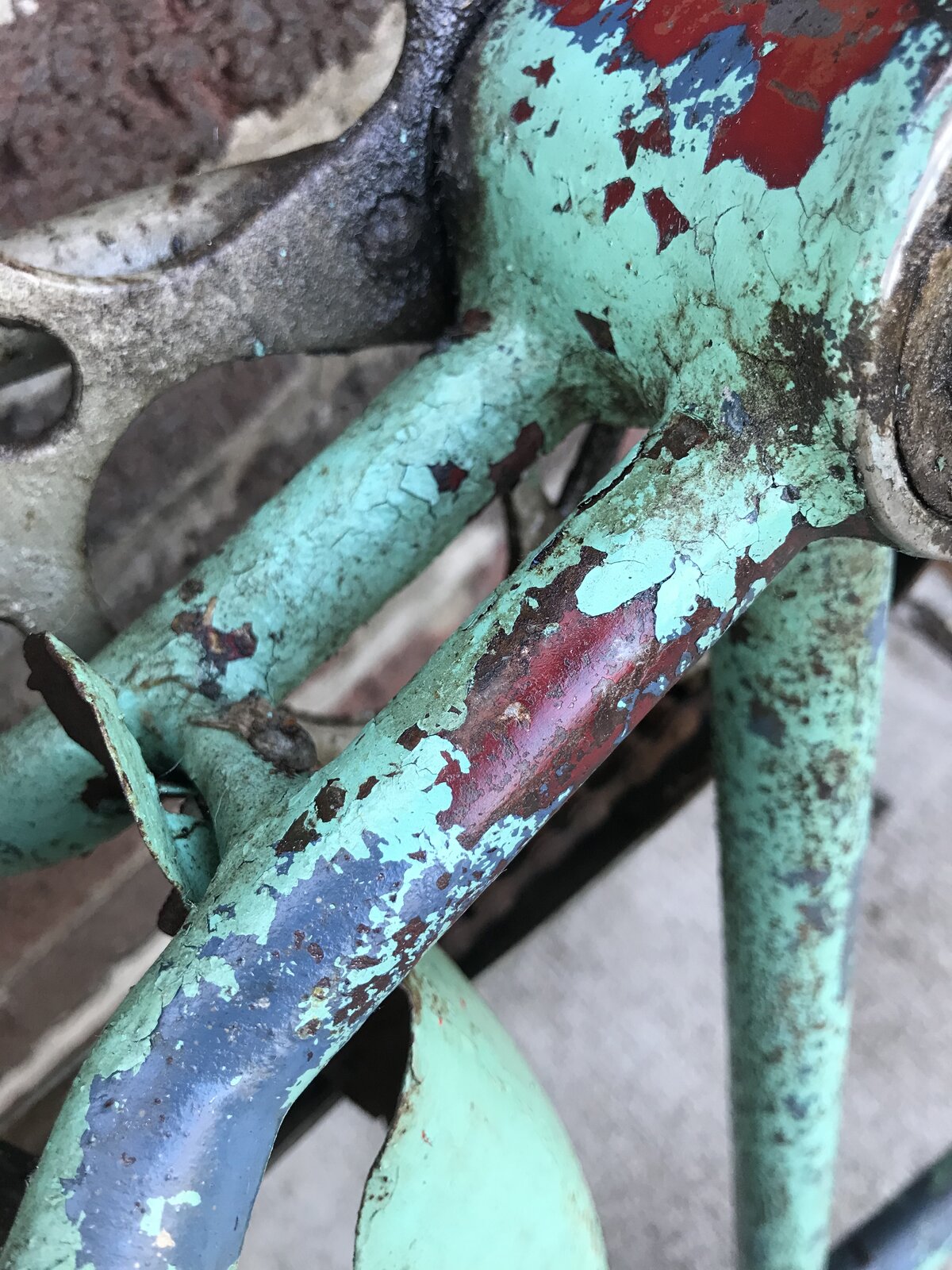 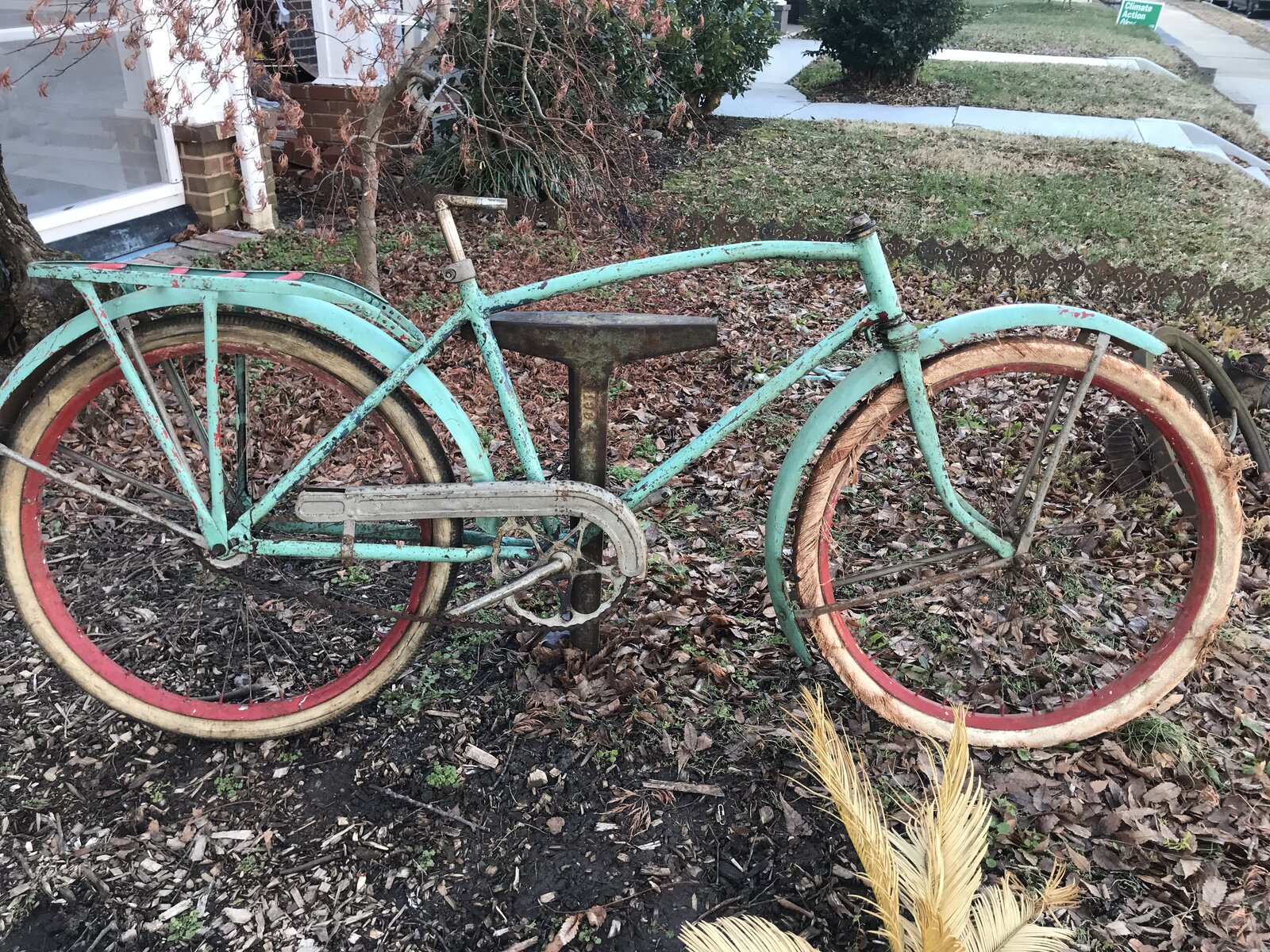 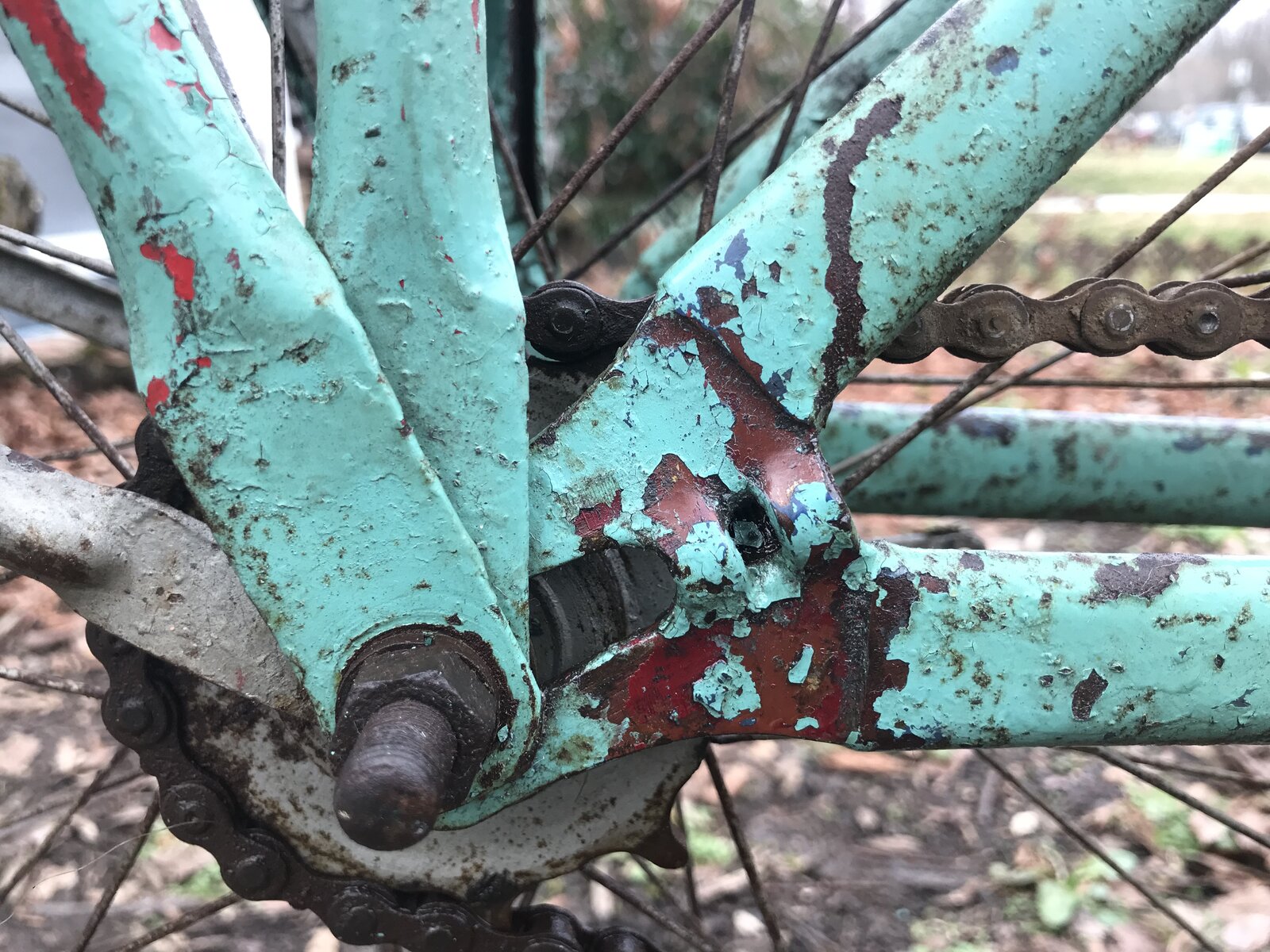 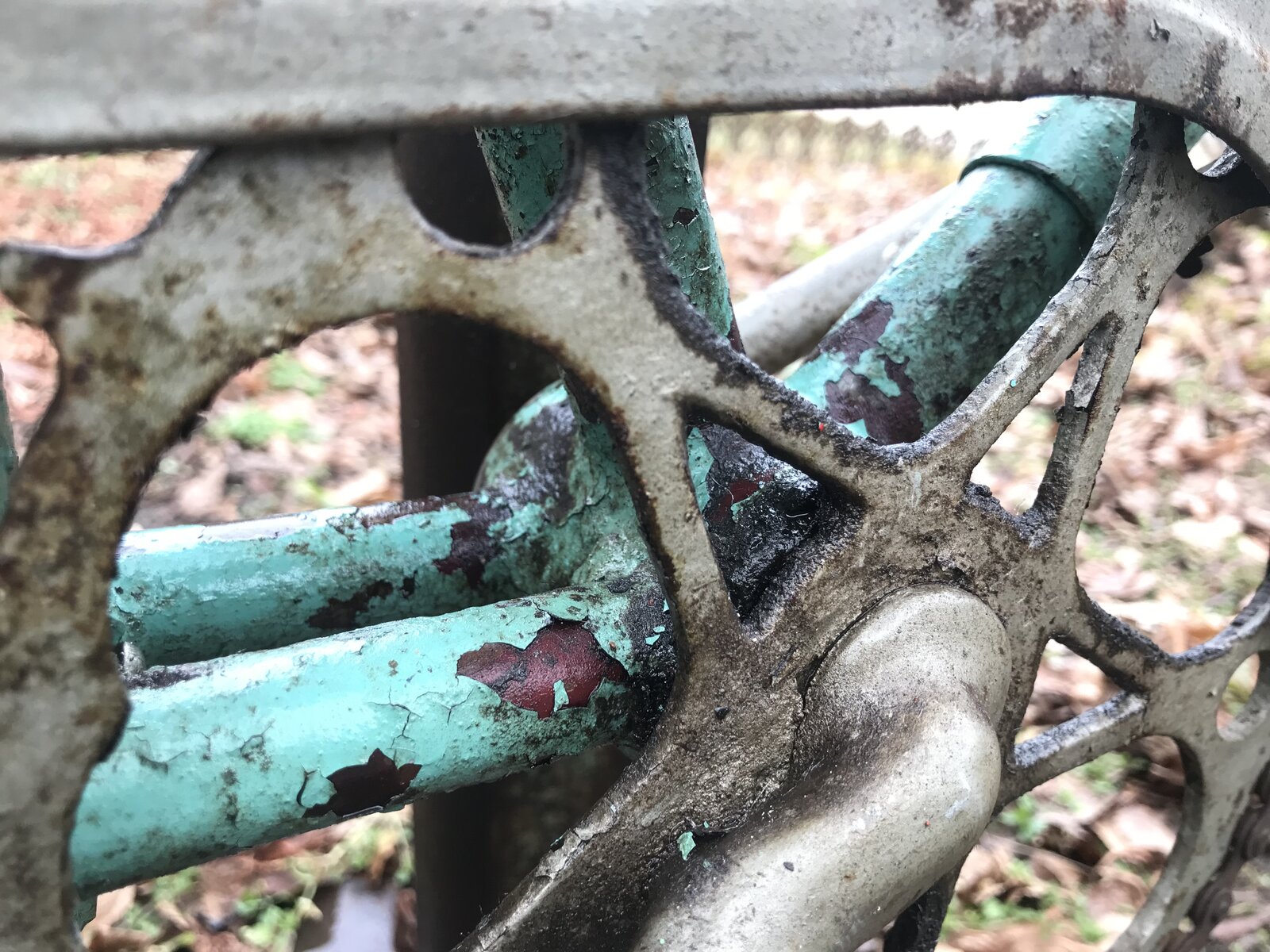 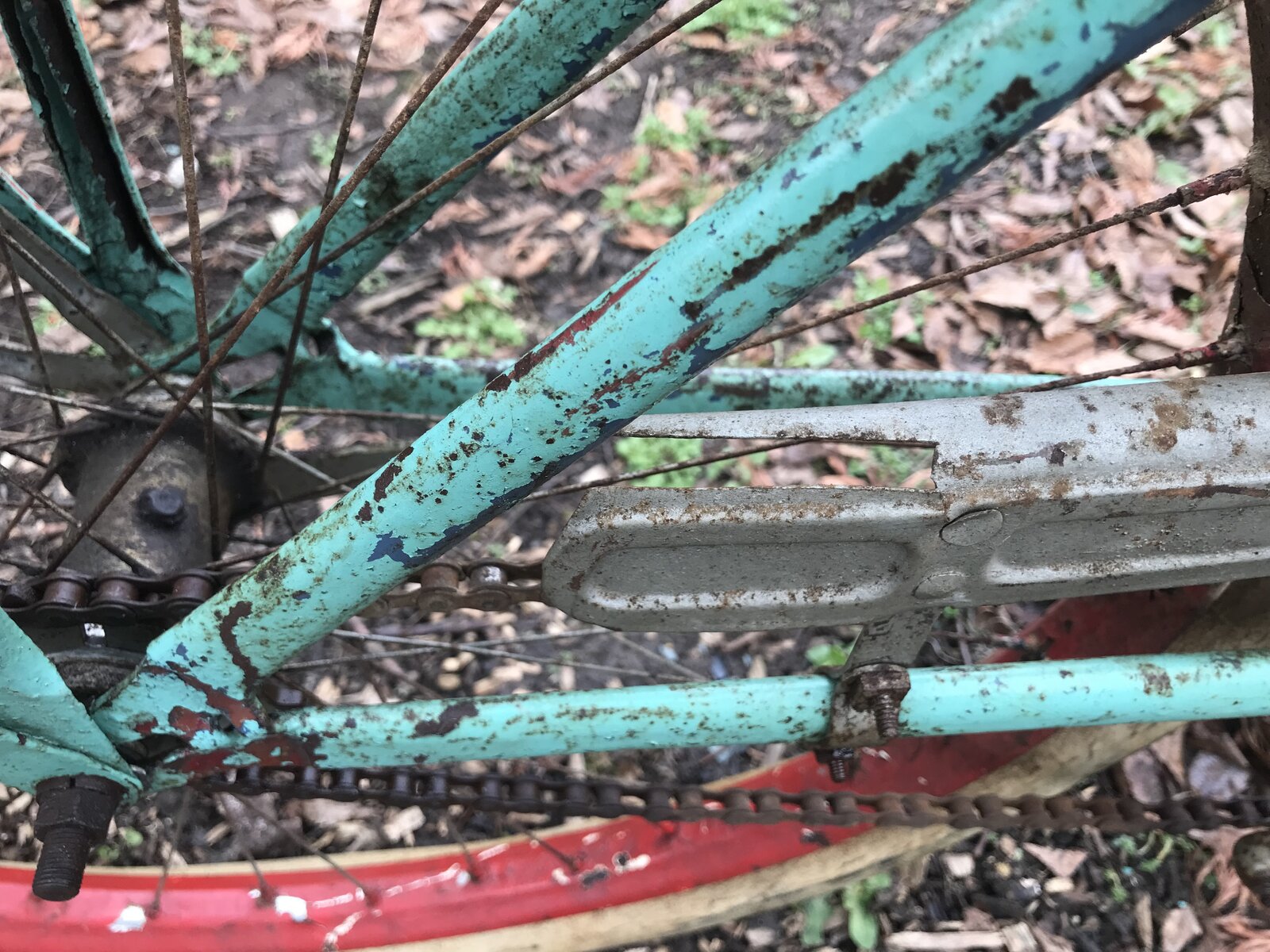 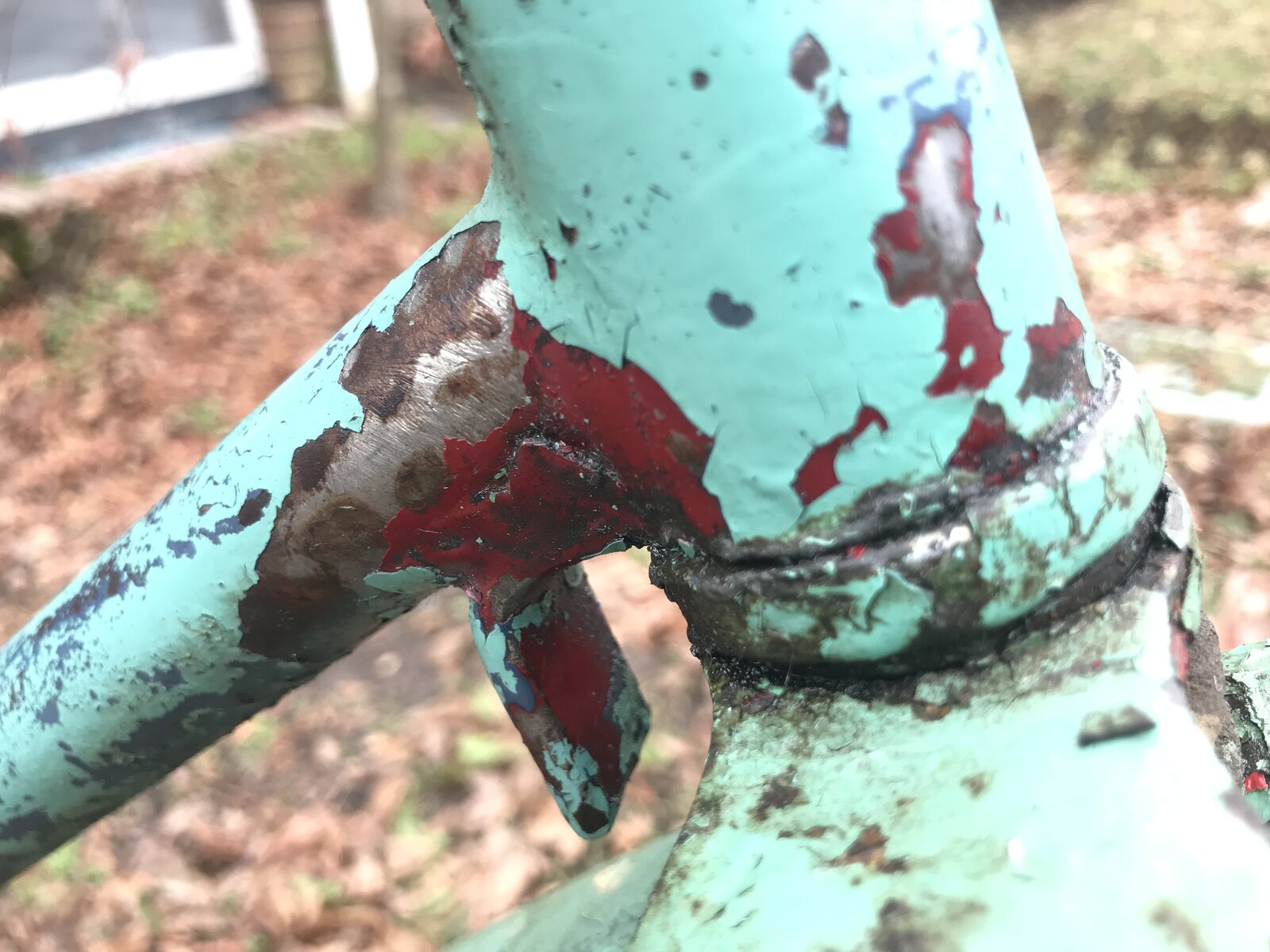 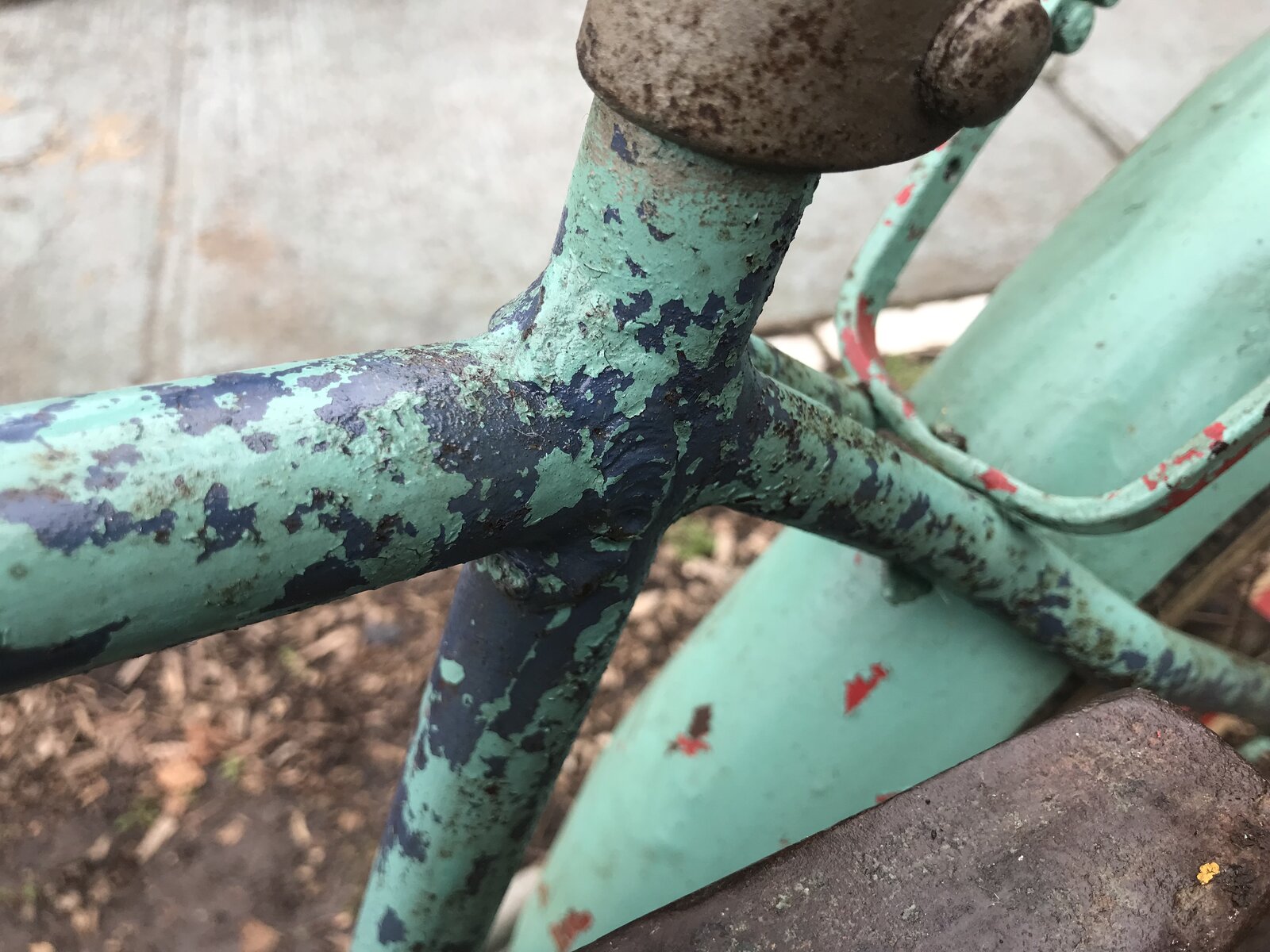 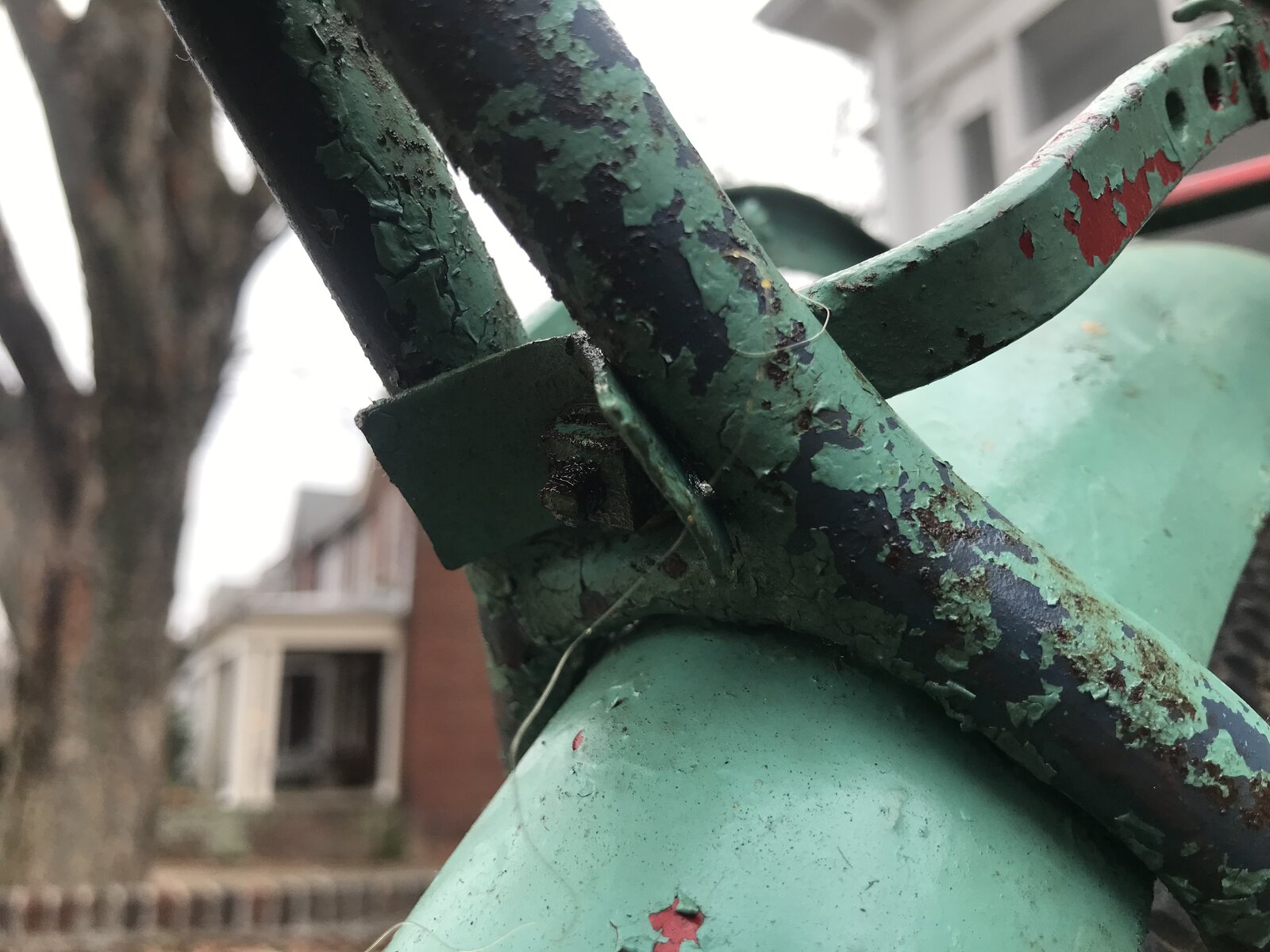 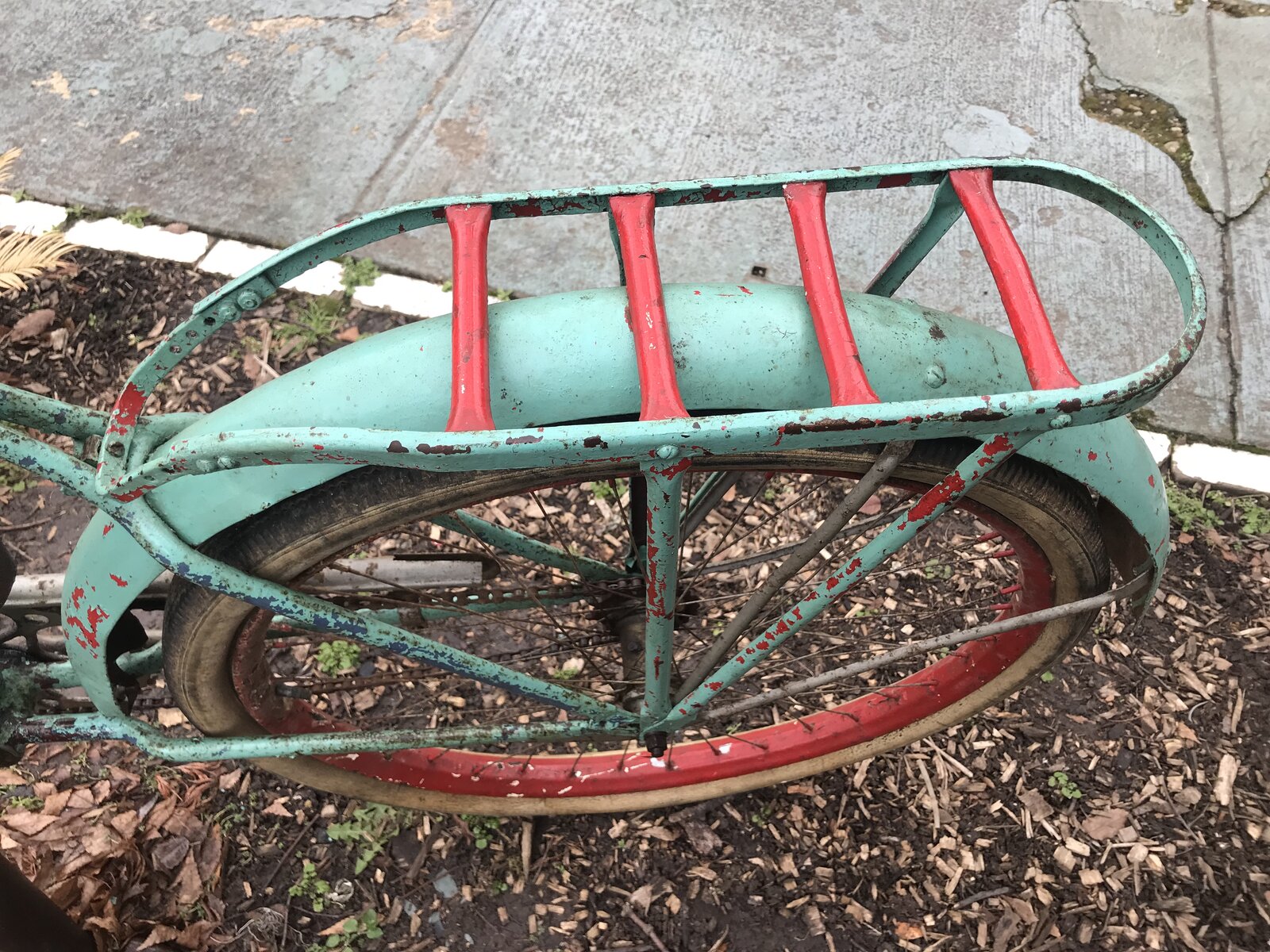 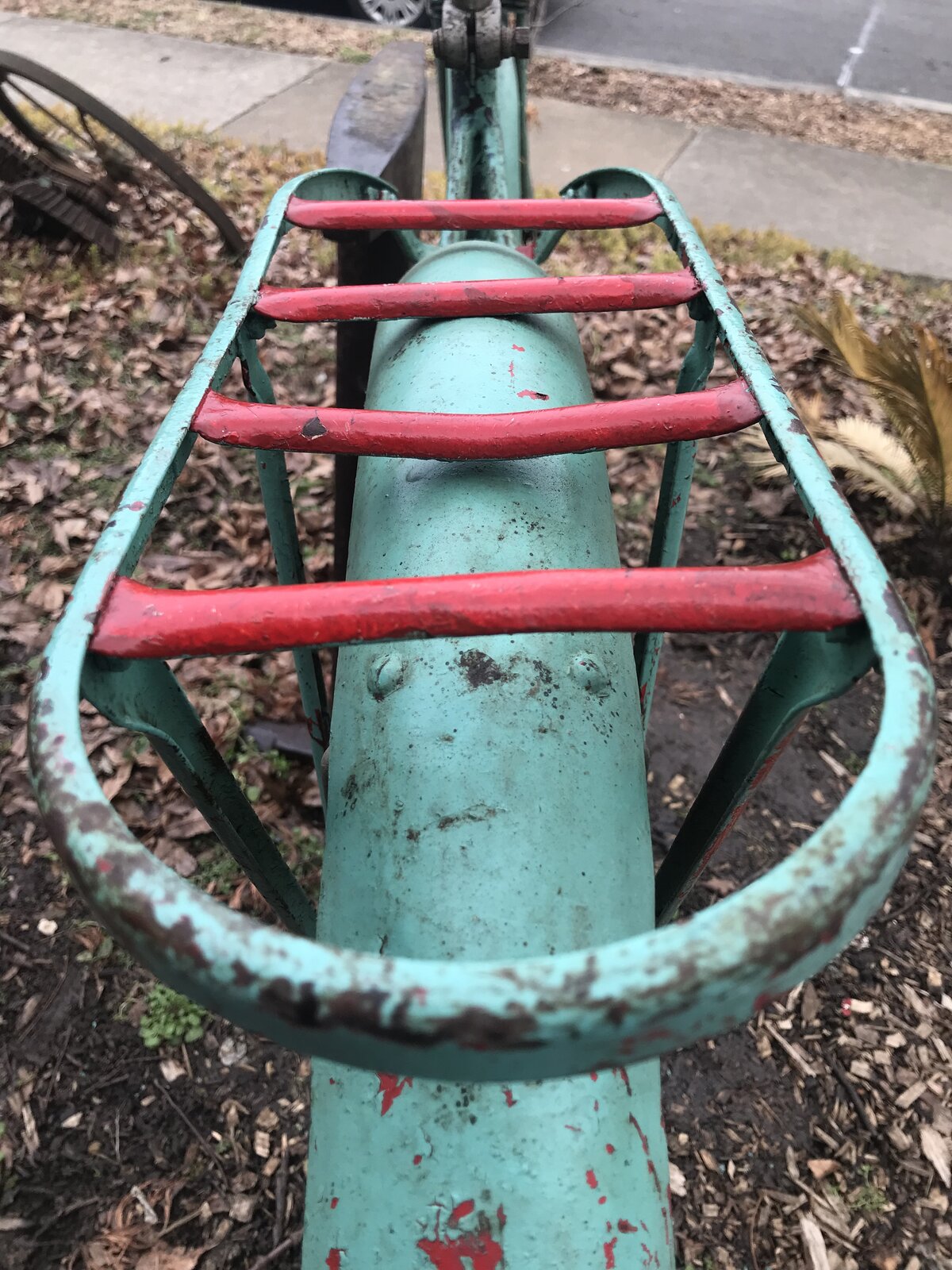 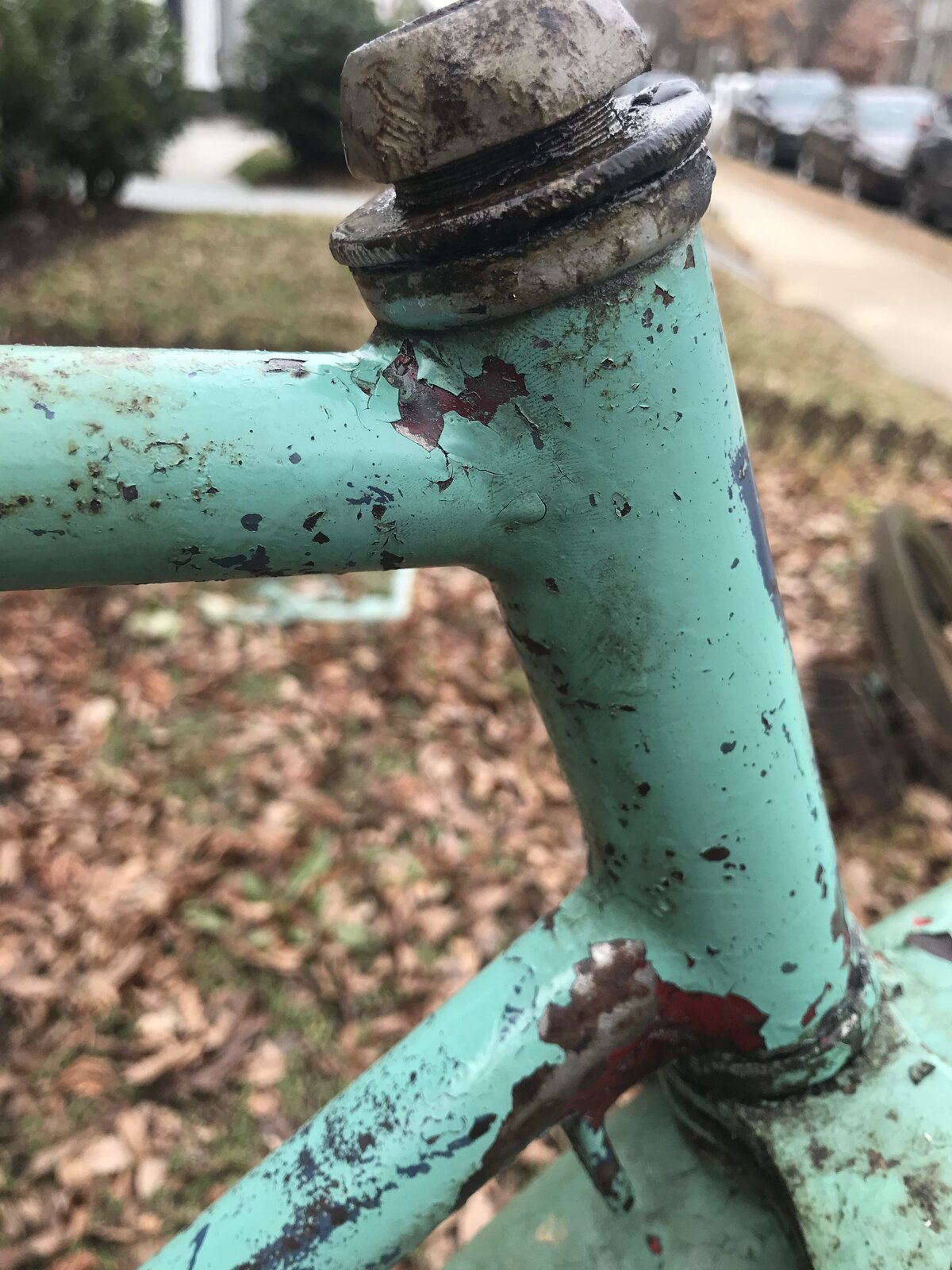 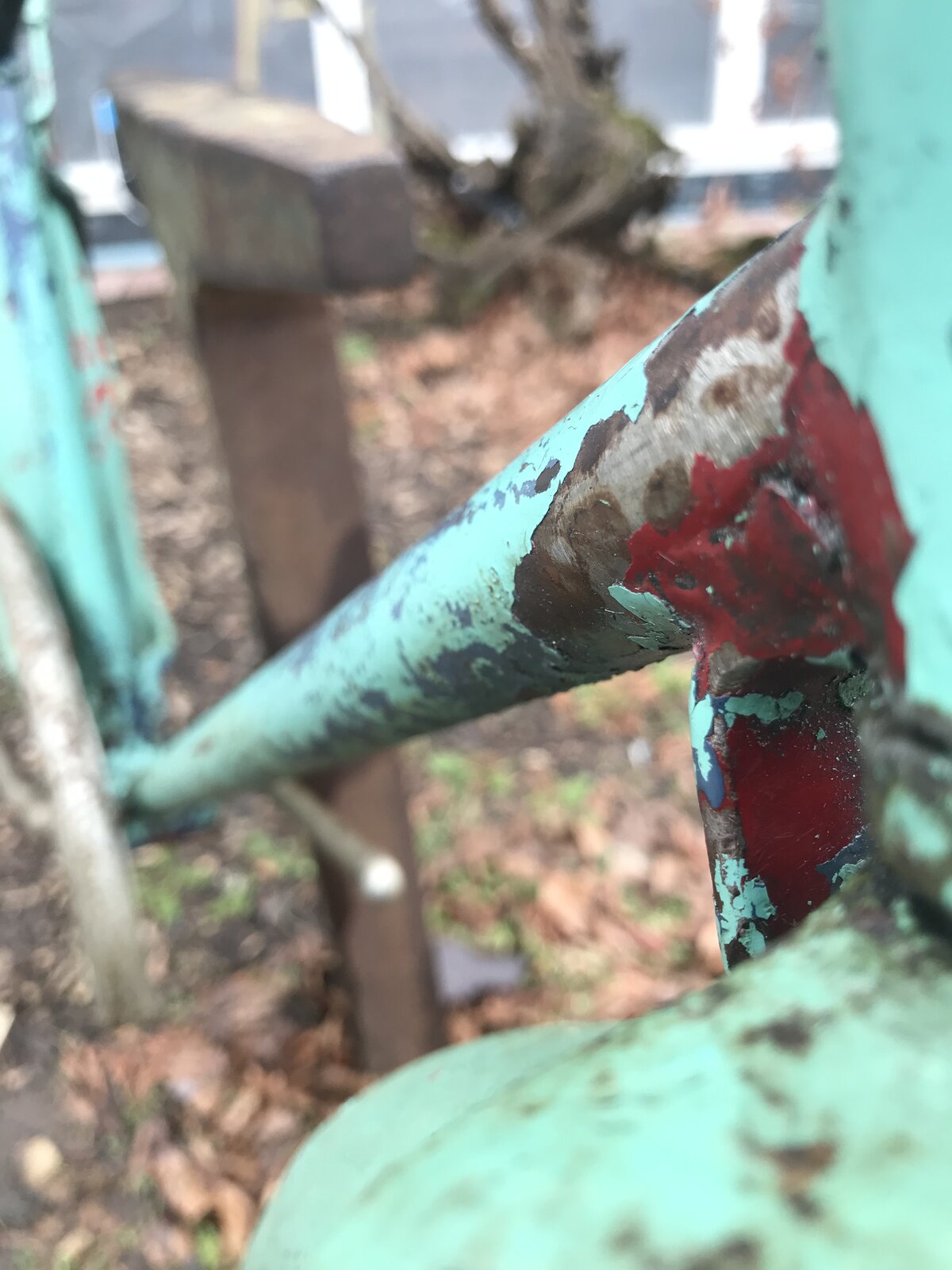 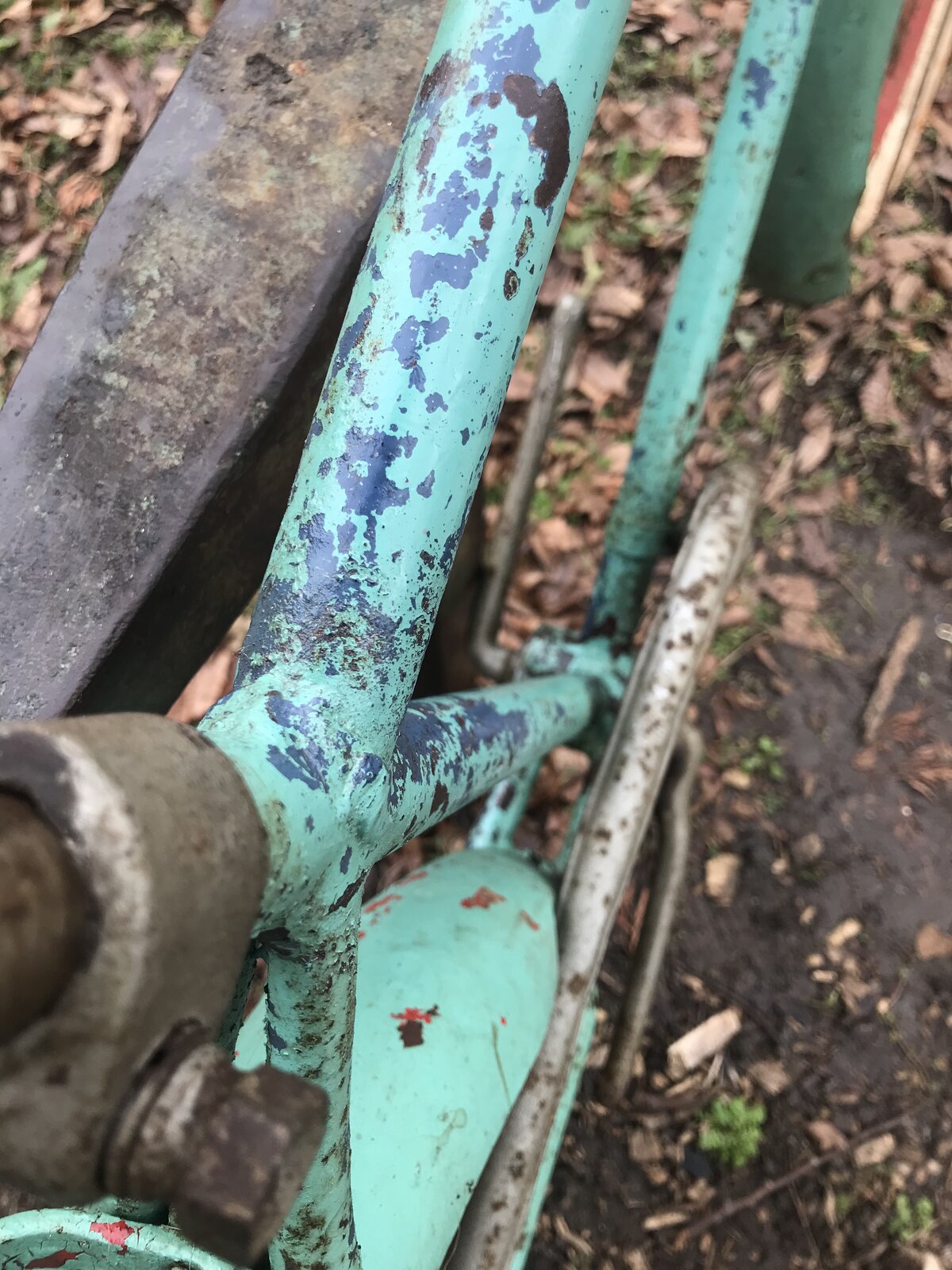 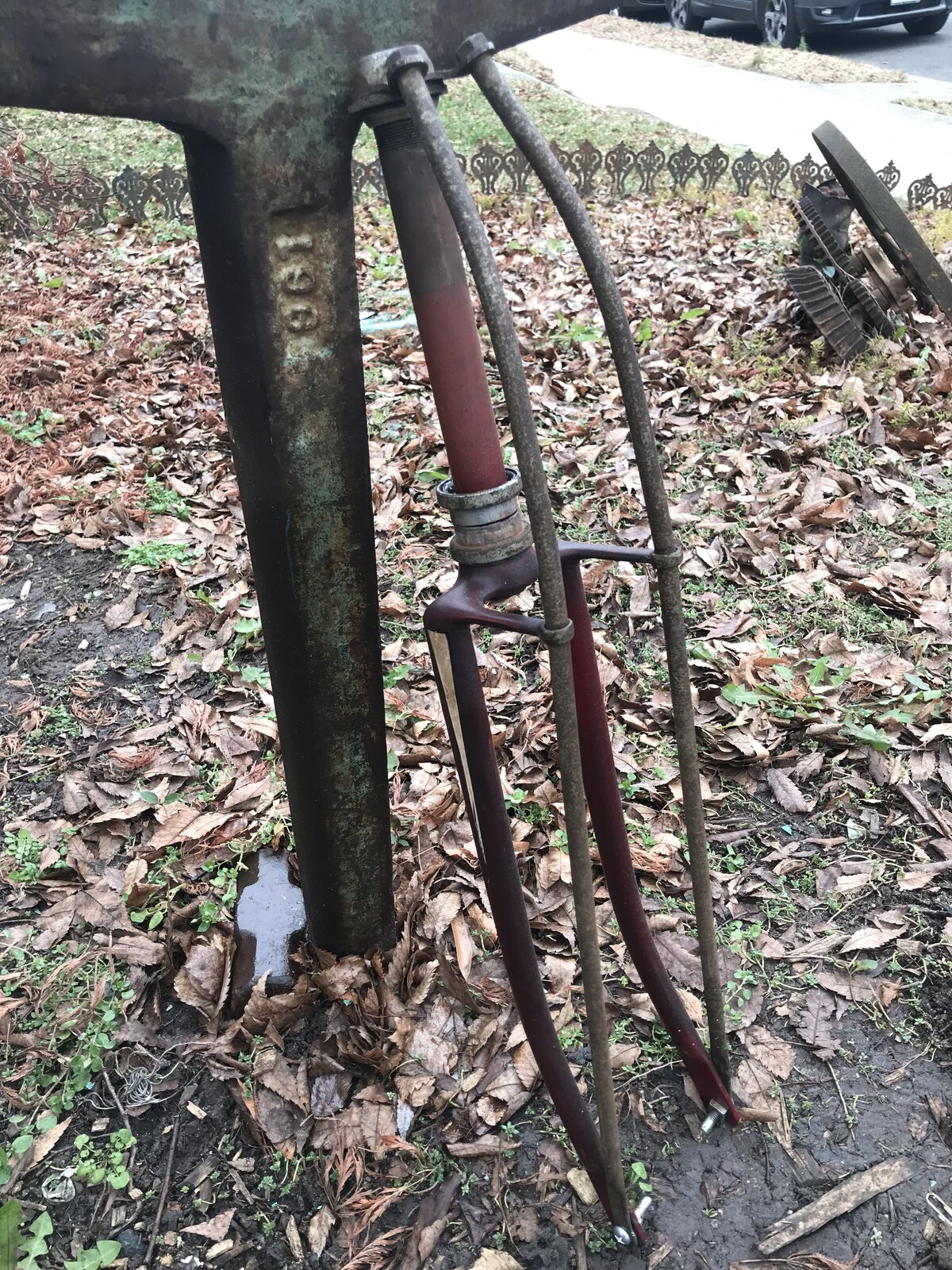 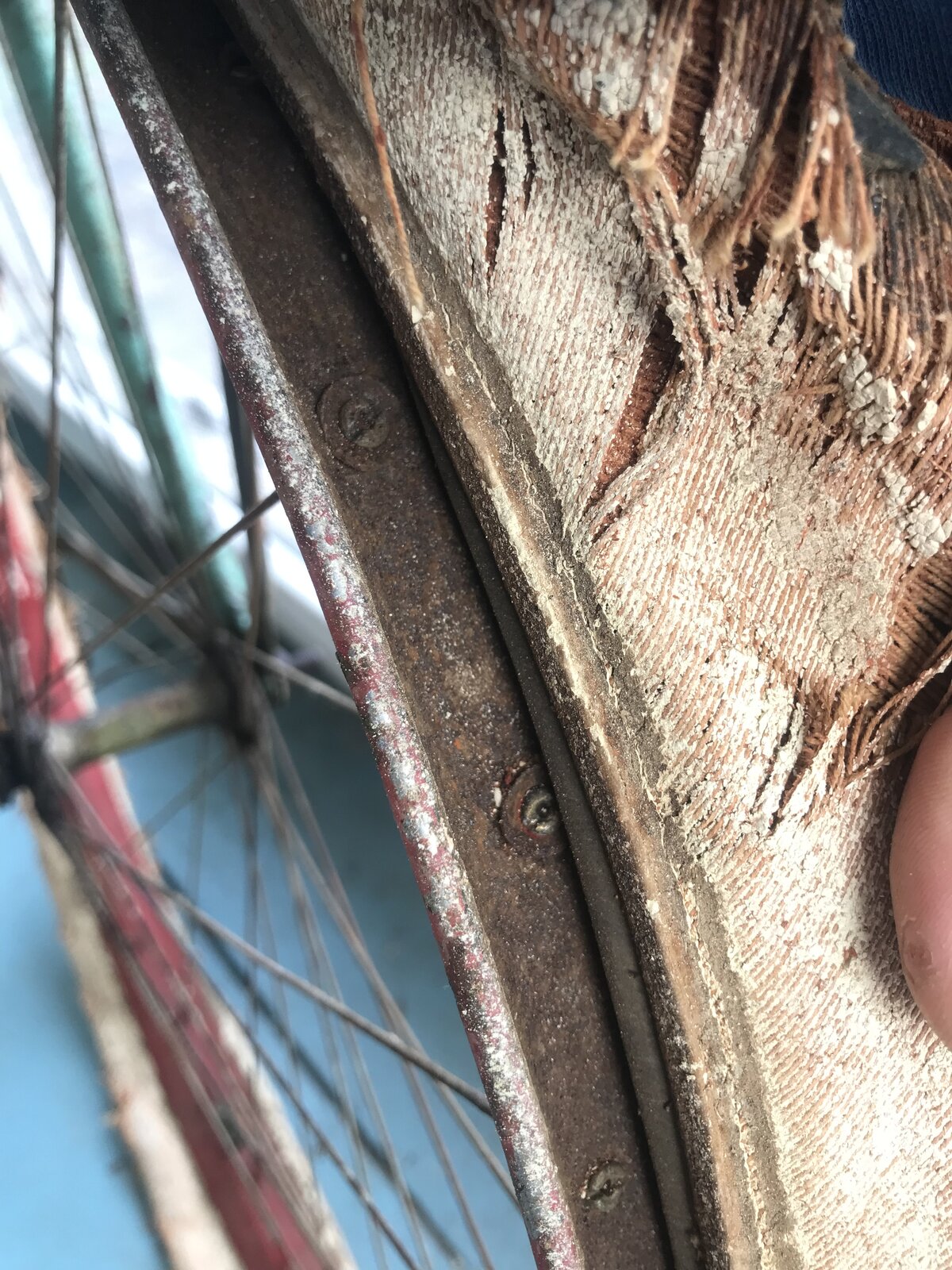 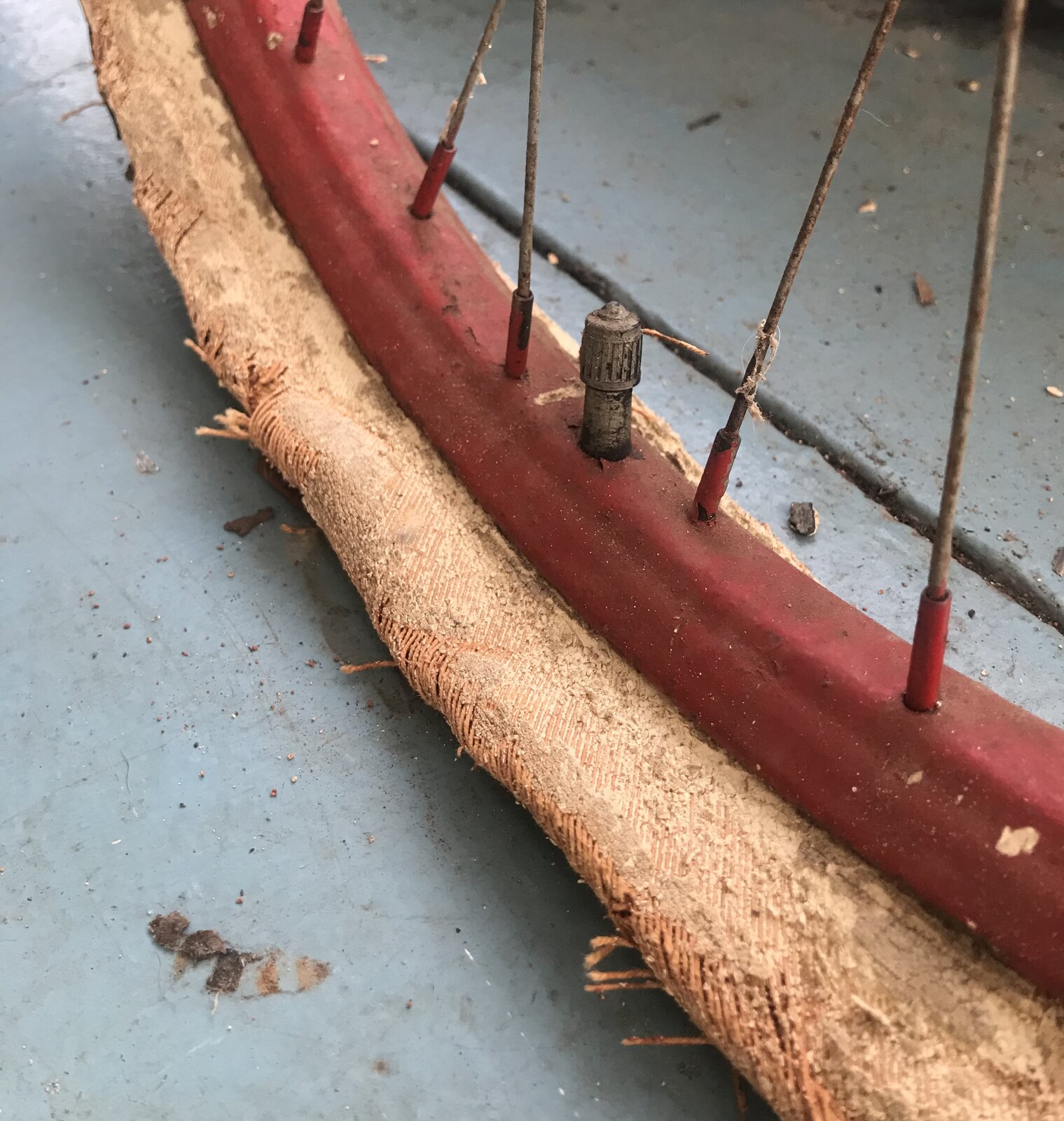 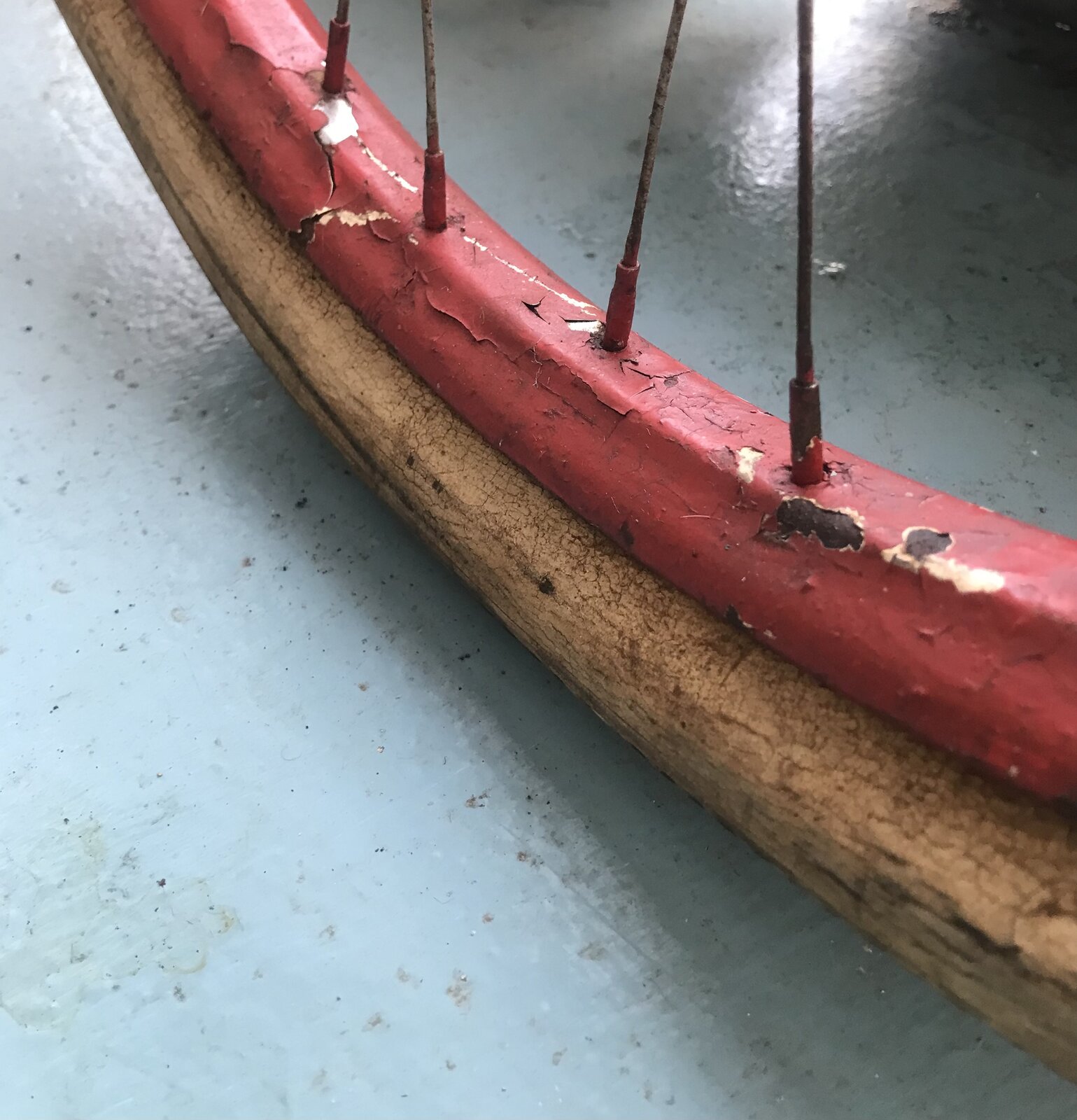 Late 40s J.C. Higgins, is it worth the price in parts.

A little heat did the trick