Clown bike #1, it’s a Huffy 29er with Clown rims, laced with both the hubs off center with disc over the spokes, it’s a wild ride !, $Gone, Clown #2, don't know the brand of this one but similar but dbl bar ( not cantilever ) last 4 pics show amount of offset. $200. Local pickup or can meet around Socal swaps or rides. Message if interested 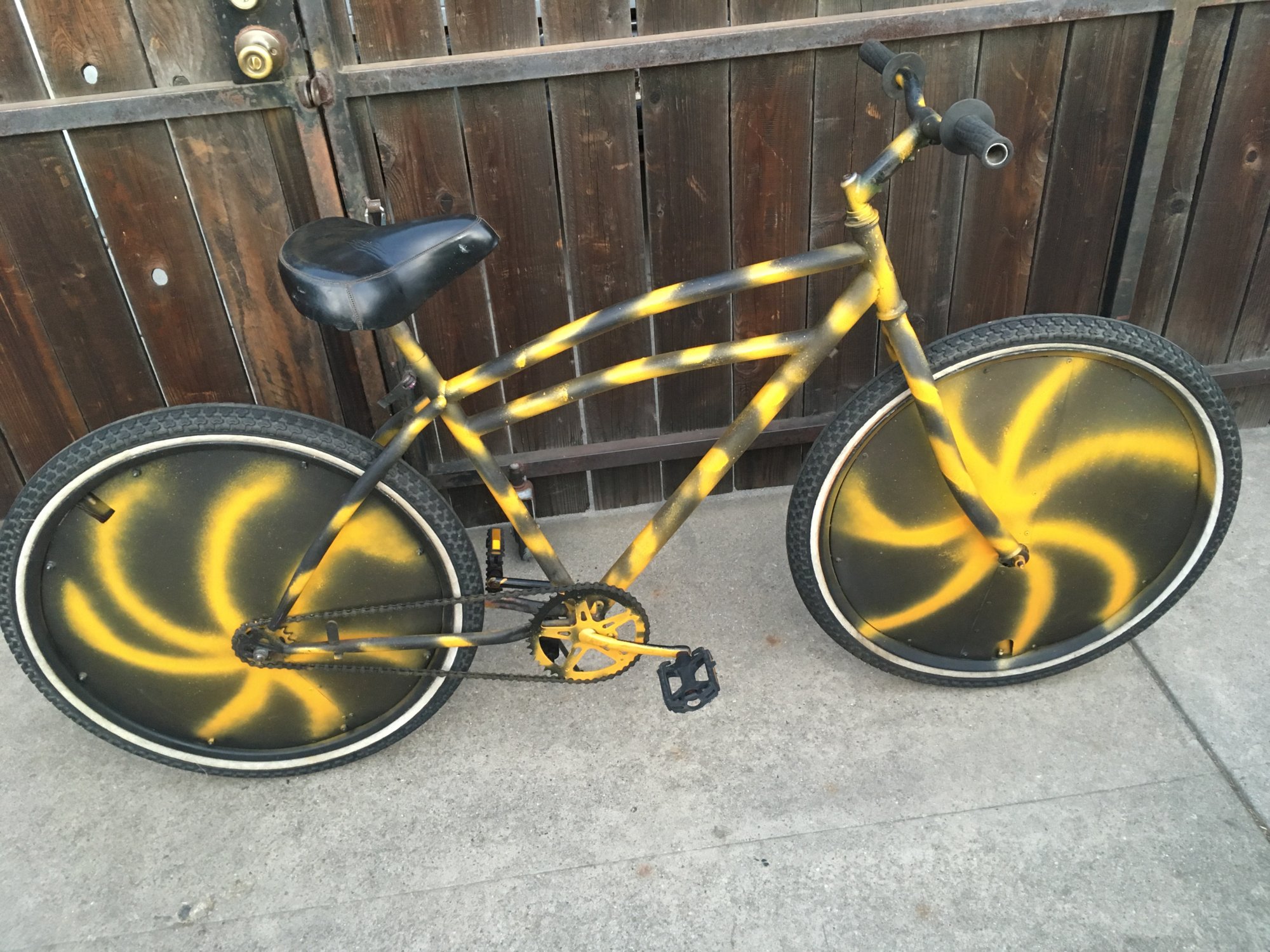 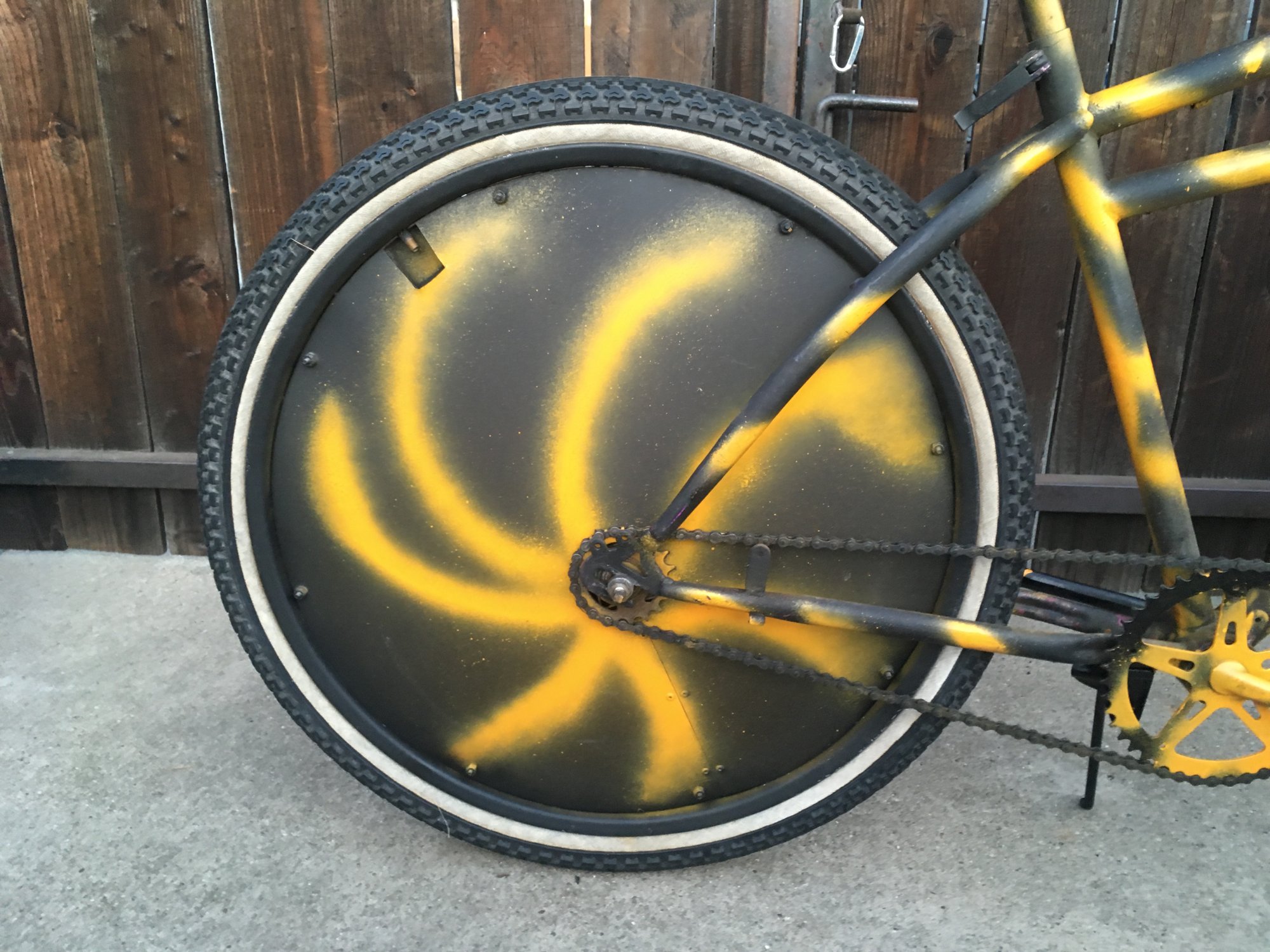 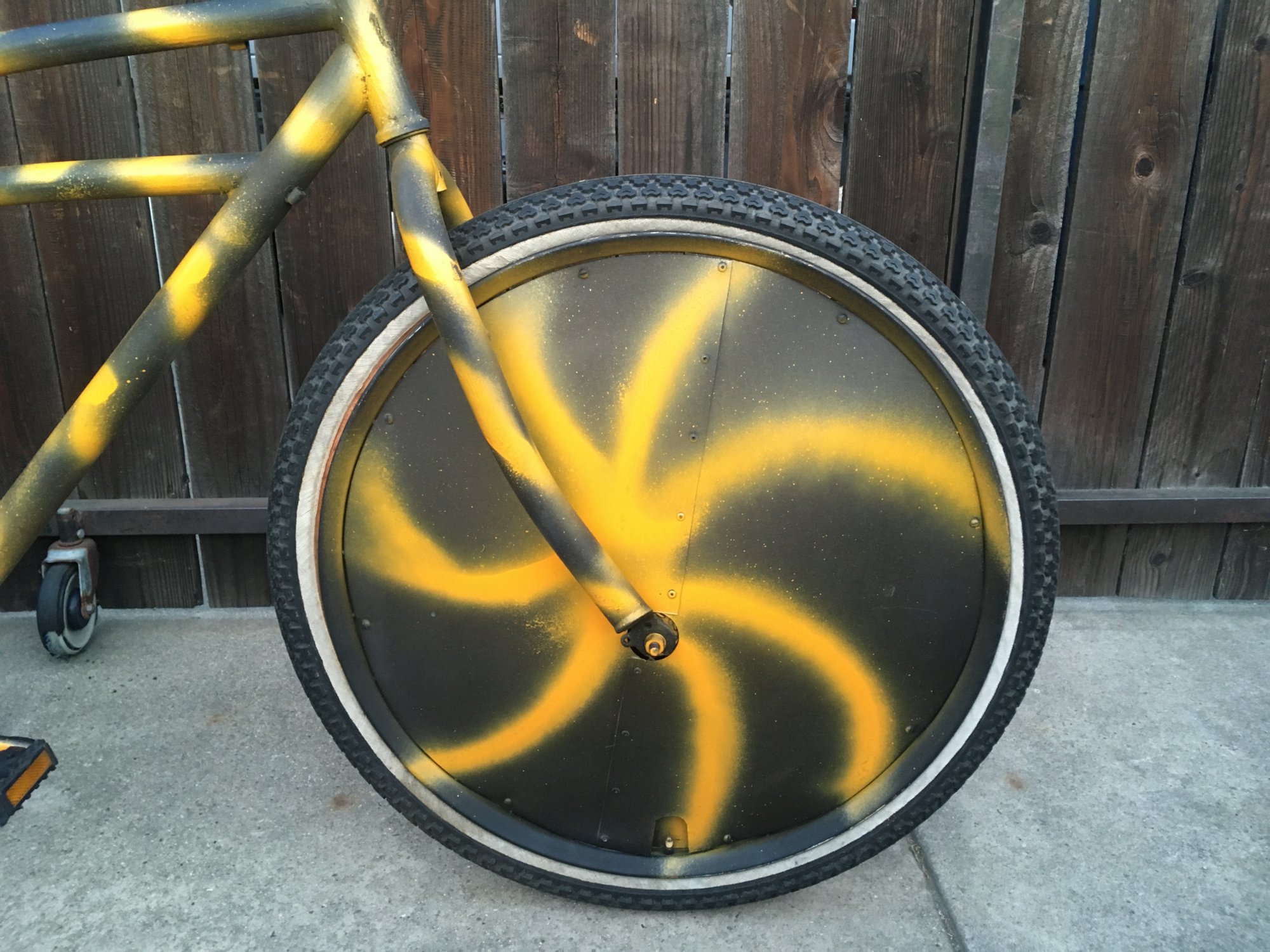 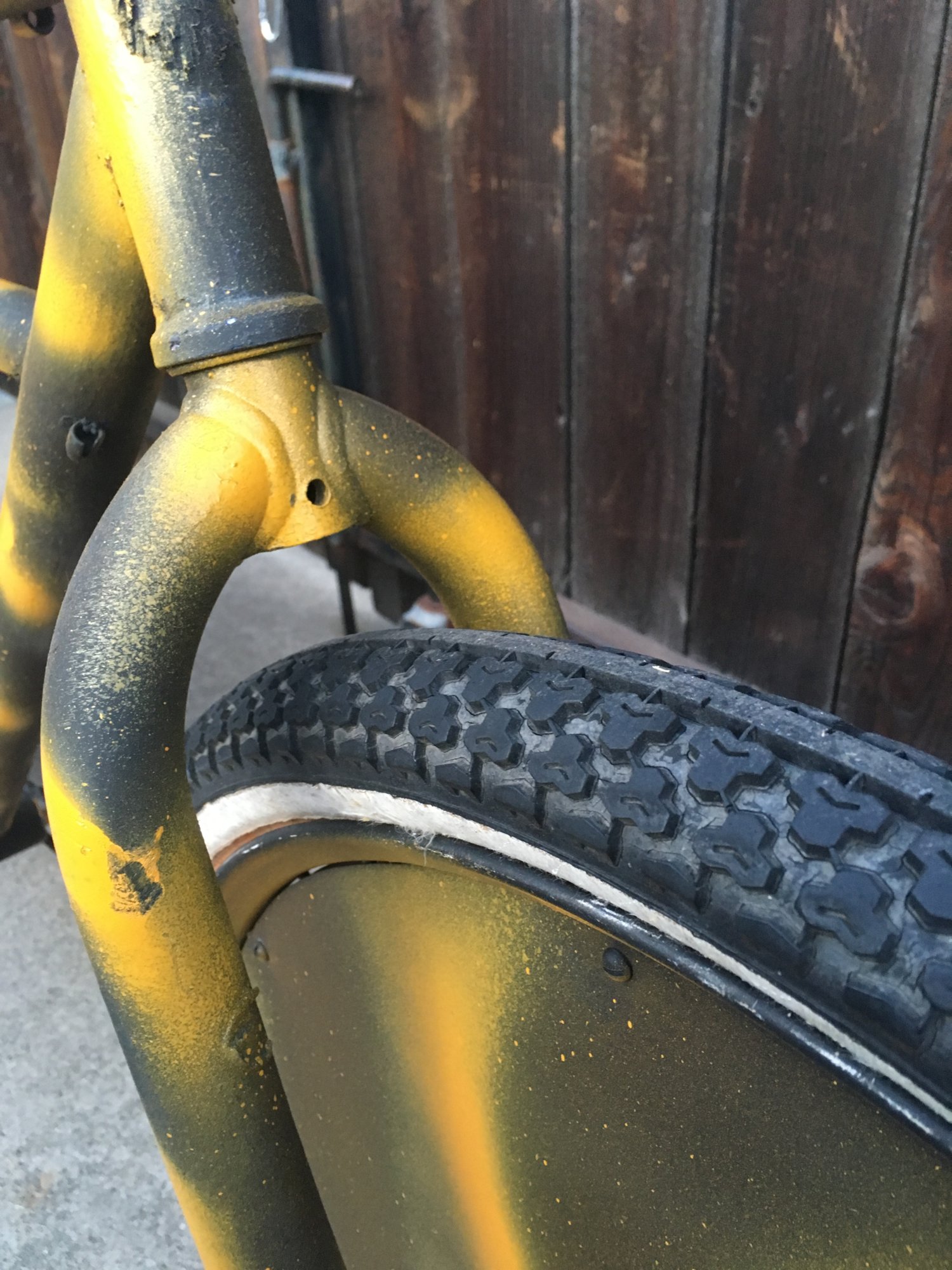 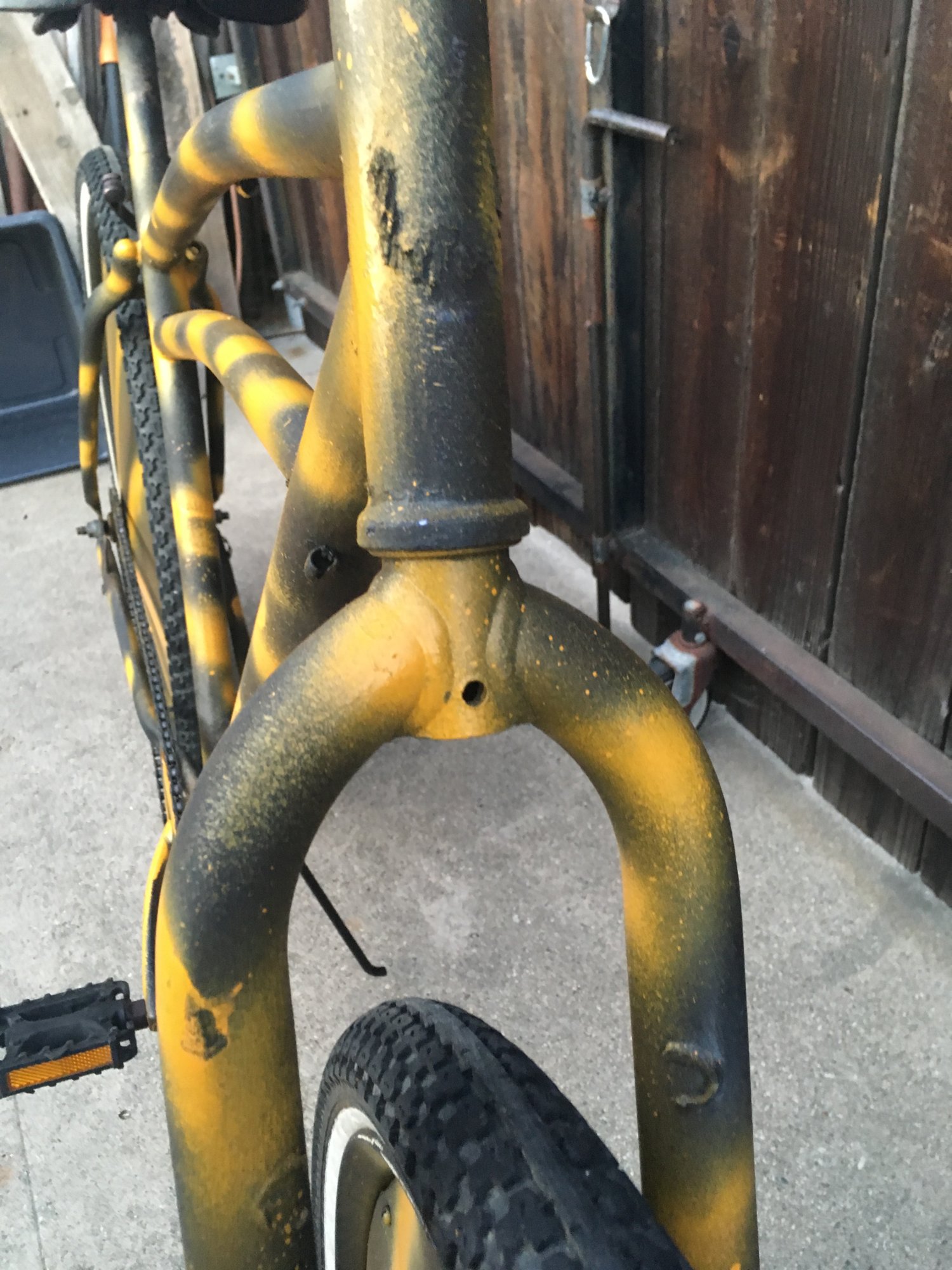 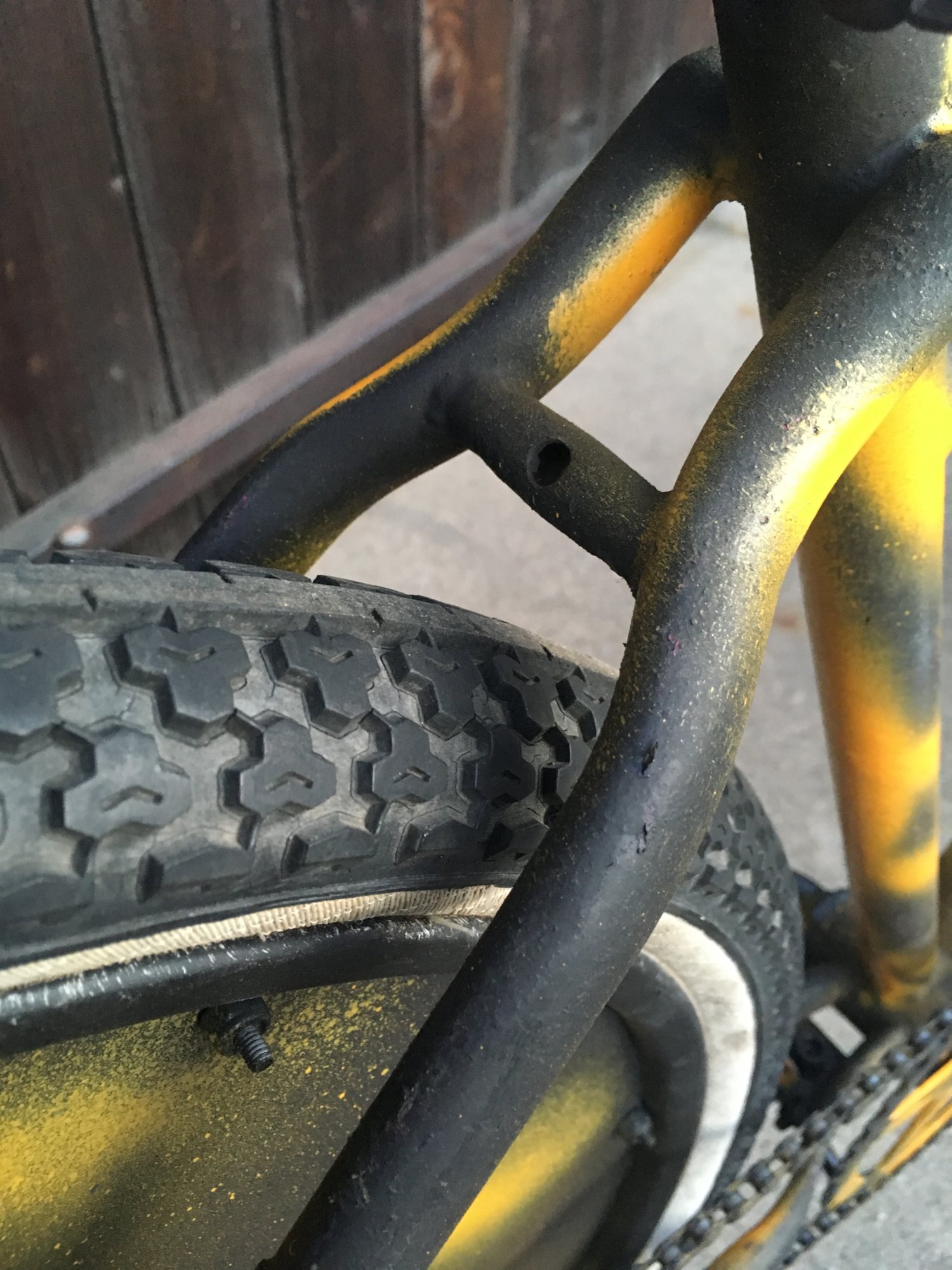 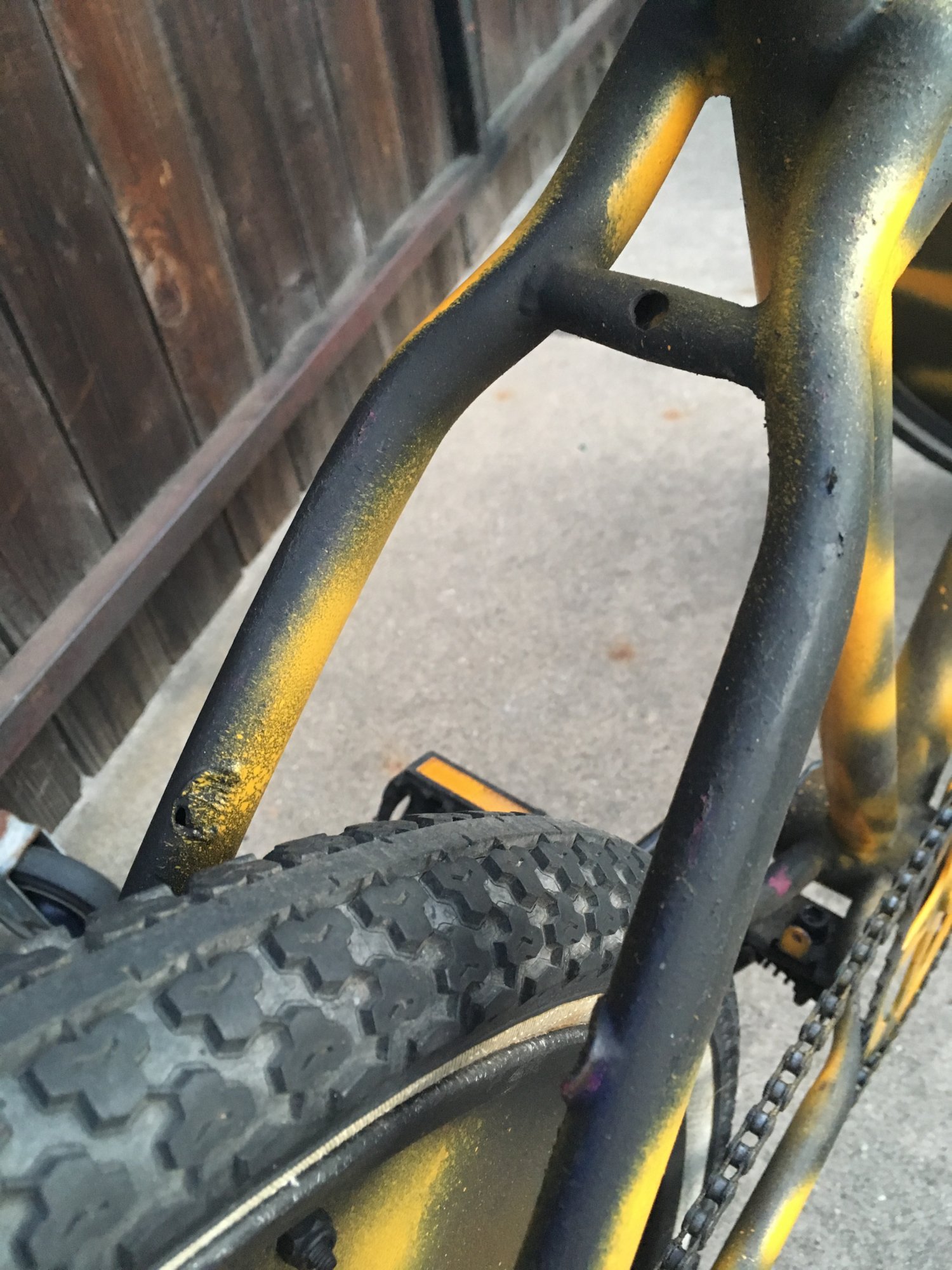 This is what the spokes may look like underneath the disk. The for sale grey bike is offset less but would still be oval at speed. Putting on a smaller sprocket the crank makes it easier to ride. 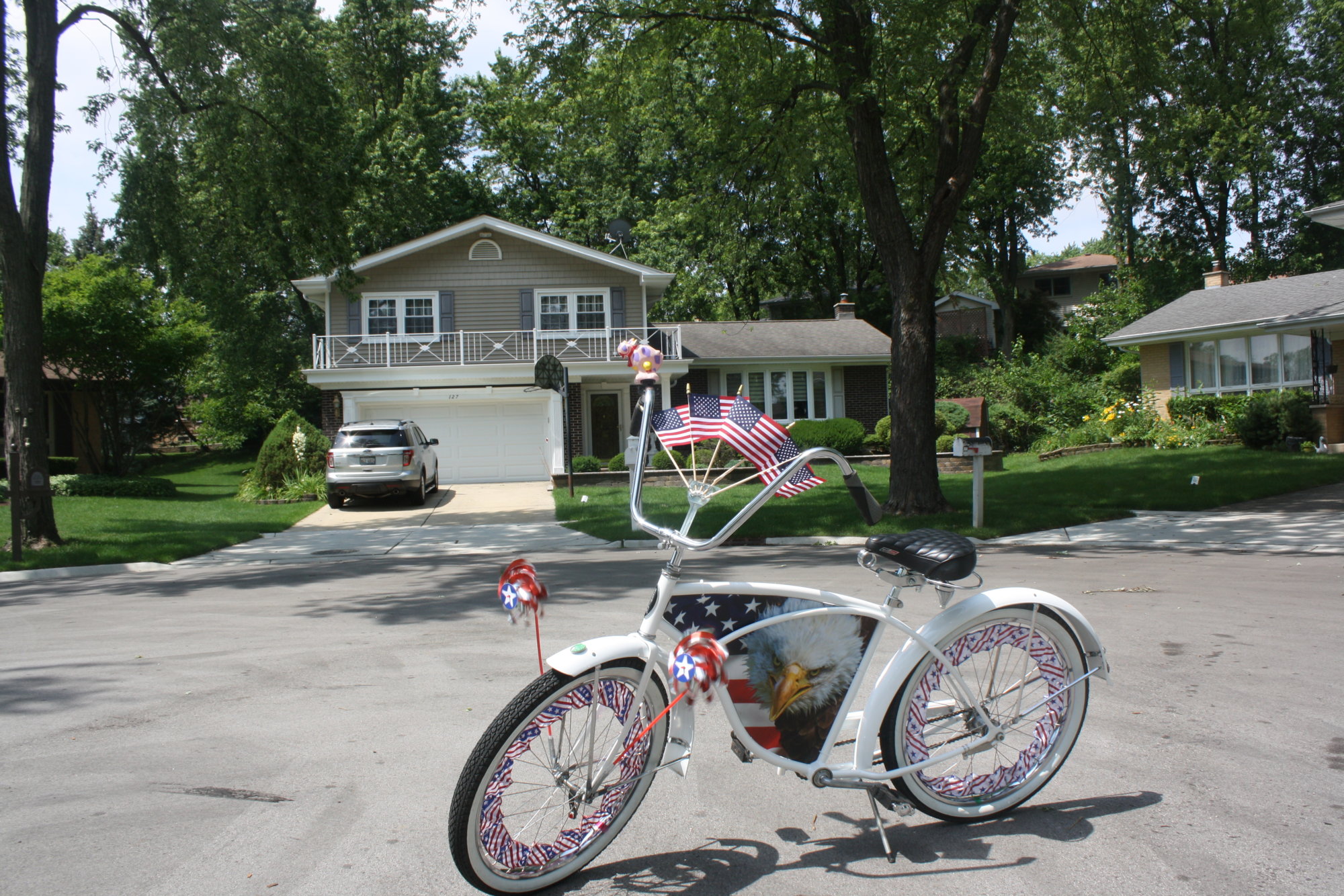 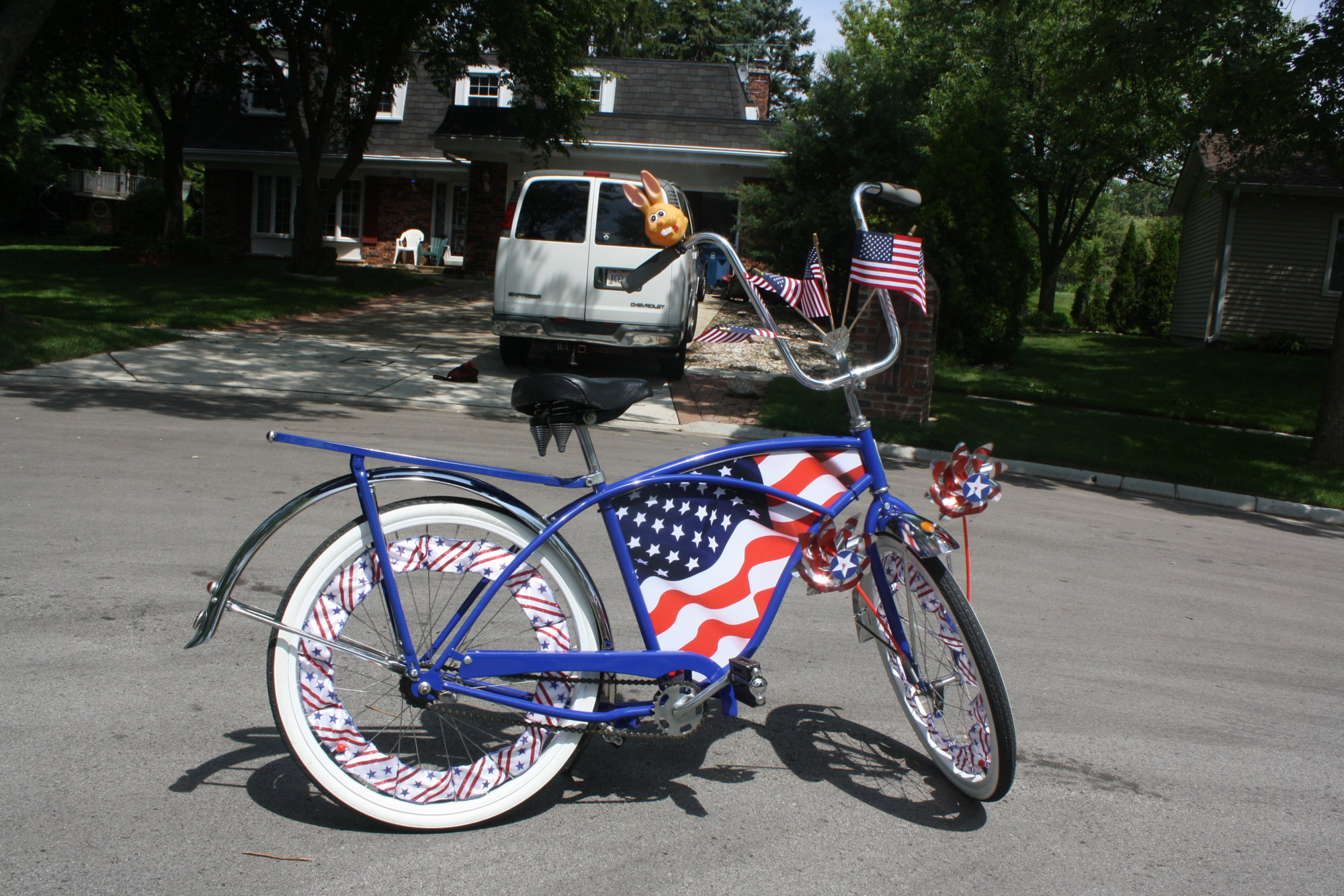 
I'm not familiar with the term "clown bike" -- what makes a "clown bike?"

But I like the mini-bike in your avatar - here's mine: 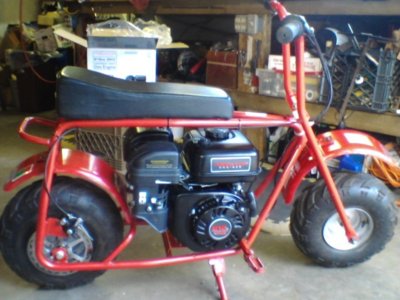 Clowns ride this type of bike in parades & circuses, the rims are laced off center so the bike bronco's up and down, in the pics of fork & frame you can see how much the offset is. oh ya, I do vintage minibikes.
M

mrg said:
Clowns ride this type of bike in parades & circuses, the rims are laced off center so the bike bronco's up and down, in the pics of fork & frame you can see how much the offset is. oh ya, I do vintage minibikes.
Click to expand...


I can see what you're referring to but I'm not familiar with a clown bike, I've never seen one? I looked on youtube but only found videos with the very small bikes that clowns ride.

As you likely know, my mini-bike is no classic, it's a chinese Doodlebug with a Harbor Freight engine -- but it does have that classic look, that's why I built it. Among others, I had a Bonanza when I was a kid. Fun stuff. You at OMB too?

Memory Lane had one where a someone had pulled through and bent the spokes in an offset position. Must have been as loose as a goose. My Illinois friend spokes these. They are a fun ride that even a kid can perform.

These were both professorially laced same as the one I bought from a local Schwinn shop. In the 50-60's all Schwinn dealers ( in socal ? ) were encouraged ( required ? ) to build them to rent out for school/church carnival, I have been told this by 4 previous Schwinn shop owners ( 2 still have the bikes ), I think most were 24 & 26in bikes, I rode them many times every year at my schools carnival around the blacktop ( tried to stay inside the dodge ball circles ) for tickets we bought, tried to see who could go the fastest with out getting bucked off!, The original one I bought from Paramount Schwinn before they closed ( and probably weren't using because of insurance by the 70's ) was a 24 with 24 in. rear wheel ( fender bridges removed ) and 20 in. front which would start off with wheels rotating the same but soon became a bucking bronco with the different size wheels. I'll try to find some pics.