Hastings said:
If the auction said reproduction and the signs were placed near each other they would have sold for substantially less than what they did. I feel that they were misrepresented.

My buyers were pleased with them and haven't had a complaint yet about them. I respect your opinion but trust me we don't try and deceive anyone on any level, our reputation stands for itself.
A

Hastings said:
If the signs were placed near each other they would have sold for substantially less.
Click to expand...

If the items were marked “for free” they would have gone for substantially less.

But, like other sales practices (clustering), why would anyone choose to do so.

Sellers are always asking me, “how can I sell my stuff to you for substantially less”.
Last edited: Jul 2, 2021
G

This being my first full Copake as a bike nerd, I felt like a guilty sports-loving husband trying to stay glued to my phone while my family made due without my full attention . I tried to involve them a bit, even bought my wife a bicycle, but I was having the time of my life seeing what people thought was valuable in the bicycle world.

Also, I posted all my pre-bids through Hi-Bid, but all of them were outbid! I was thankful for LiveAuctioneers, which allowed me to snab three lots for items I hadn’t even planned on. Just was surprised how low the price was on these and wanted in on the action. All in all, I really enjoyed the couple weeks of catalog searching, preview video, and full 7hr auction Saturday. I would love to participate in the live auction, swap meet, and 10 mile ride in the future. But for a dad with young kids, I’ll have to think up an elaborate Hudson valley family vacation to enjoy it these next 10-18 years! Hah, good show, guys!
B

Anyone of those signs if real would be 2,000 each _ they were really nice reproduction signs not that tin repro flea market crap

Seth, I am of the opinion if it is a reproduction and you know it, it should clearly be marked reproduction.
B

Anyone could see they were reproduction , they were similar in finish and design , Seth and Mike do a great job , it is everyone's own trip to research the items they want to buy ,. My opinion...... , I have hit it big with my knowledge , I have lost big time with no knowledge and the auction , passion of purchase

Just saw this thread at the bottom of another I was looking at and after reading through it.... I am compelled to add .2c
Personally I would never buy anything in an on-line auction, sight unseen. I really dislike being disappointed, and that, for me is the first step to disappointment.
But the reason I am compelled is the complaints about the repro signs and the answers / excuses given for those complaints. I see two problems initially and a third as happenstance.
One is that reproduction signs weren't marked as such. The reply being that they were marked as "decorative."
Plain and simple, this is lies of omission and mis-direction for profit. Because some people know the difference and no-one has complained is no justification and hardly an excuse.
We ALL know that if they were marked as such, they wouldn't have brought as much by the very fact that the word reproduction was used. This is offhanded and on the verge of greedy shyster. Its what you can expect at a used car lot from a greasy salesman.
2nd, Having these in an online auction makes it even more suspect.
3rd, Making an excuse that everyone is doing it, not seeing an issue that concerns you as a money collecting seller, and giving an attitude to buyers, potential buyers, and future buyers that everything is "Buyer beware" when dealing with you is... beyond the pale in my estimation of how to sell goods and services.

Im not talking out my ass. I retired early at 45yo. by running my 10 year old business with unfailing integrity. I can even boast that I've had unhappy customers recommend me. I gave away several high dollar jobs for free because of hiccups that appeared. There is NOTHING better than a spotless record and squeaky clean name.

Me seeing this post and being concerned is what proves my point.
Not being a current buyer/seller makes no difference.
I have the means and the bug, that's all seller needs.
But as a potential future buyer/seller, Im now turned off.

A sellers answer should never be an excuse for bad behavior, It is "what can I do to make it better, NOW and next time."

Although I've thought of it, and participated a few times in other auctions, such as buying and selling cars at the Barrett/Jackson Scottsdale auction for several years in the past. If this is all standard practice in the Bike biz, I guess I won't be a buyer or a seller there.

Late To The Party

Many fine art auction catalogs have a glossary that defines terms used in the descriptions. Such as "signed" which is totally different from "by". "Signed" is suspect "by" is affirmative of authorship. You need to understand the lingo to know what you are bidding on. "Decorative" would thus be known as not an original or antique as the word "period" would convey. They did nothing wrong the buyer, or in this case readers/followers of the sale were ignorant of standard auction practices and wording.
B

Hastings said:
I was shocked about this. Weren’t all those ROG signs modern reproductions?
View attachment 1439123
Click to expand... 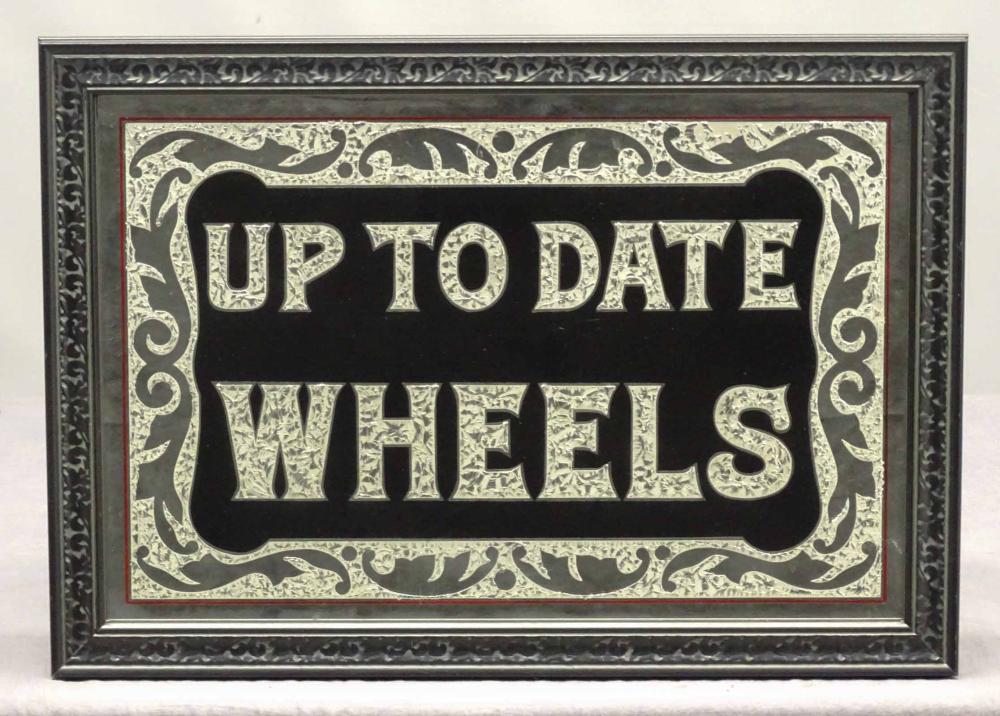