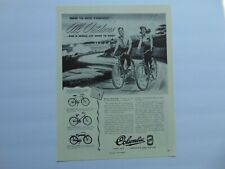 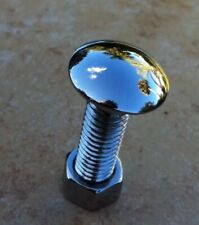 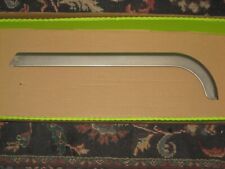 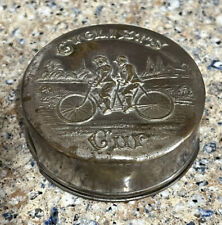 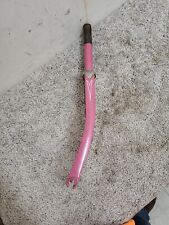 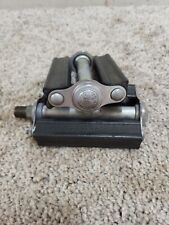 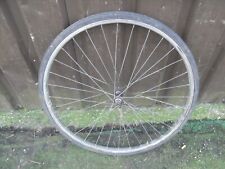 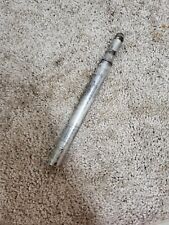 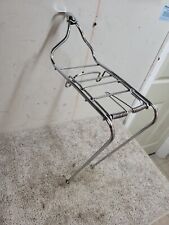 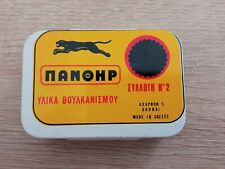 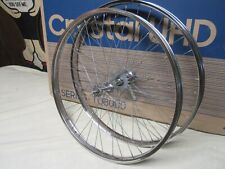 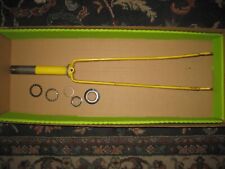 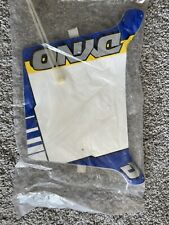 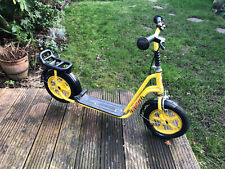 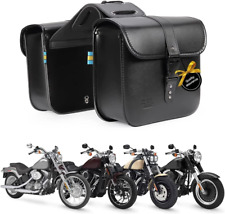 My worst "CL" experience. I waited almost 5 months for a couple saddles and a rear derailleur to be shipped within my State. After contacting the seller, agreeing on price and shipping costs, and paying; I could not get this guy to ship the items. He would contact me saying they would be sent in a couple days; 2 weeks later I'd get another message saying they were being shipped in a couple days; but still no luck. He always apologized for not sending as promised, and sent photo of an additional item he would add gratis for the trouble caused. 3 months later, and I gave up after sending one final plea for him to have some integrity and ship the items; but I figured it to be a lost cause. Last week (4 months 3 weeks) I get a message that items are being shipped (heard that before!) so I asked for a tracking # and got one. 3 days later the package arrived (but no additional item as promised). Woo, woo!
I had offered $90 total (he wanted $100 for 4 saddles, sans shipping; figured Brooks was worth the $90 alone offered $50 for Brooks, $10 for old French saddle, and $10 for "parts" Campy RD; $20 for packing/shipping. I did not have detailed photos when I purchased; one photo for each saddle, and none for the RD (only discussed during initial phone conversation).
After researching the Brooks saddle it turns out be a rare limited edition "Swift" model specially embossed (design by famed illustrator Eleanor Grosch) and dyed (red) to commemorate the first hardcourt bike polo world champships finals in Philadelphia 2009; only 250 made (I have seen original boxes showing this data; my saddle is #74, date code 0G9 [July '09]; not sure what #0104 signifies). Brooks made other specially embossed and colored "Swift" saddles (again 250 made and separate artist for each design) for the North American polo championship in Seattle, European polo championship in London, and another listing all 3 locations on it. It's in great condition (used though not broken in) with like examples selling used @ $250, NOS for $300-$500 or so. I bought it due to it being a "Swift" model which is in between "B.17" and "Swallow" models, better support than "Swallow". I find more standard models (B.17 and Professional variants) are hard for me to break in since my weight requires much more riding time to achieve a comfortable ride; whereas a "Swift" model (and "Swallow") break in quickly for me, as well as being a bit lighter in weight and sleeker looking.
The French saddle looks to be circa 50s-60s; a Tron & Berthet "Norex 39" model in decent functional condition without sagging or spread at the skirts; surface finish crazing, but no deep cracks or tears; leather is pliable.
Not sure what the Campy RD is (mid 80s inline design), but only needs a "B" pivot bolt and one pulley cog; otherwise tight and I can polish it up (removing anodizing and Campy graphic). Aero style alloy pulley cage, "B" pivot adjust screw, pulley is Campy ball bearing type. 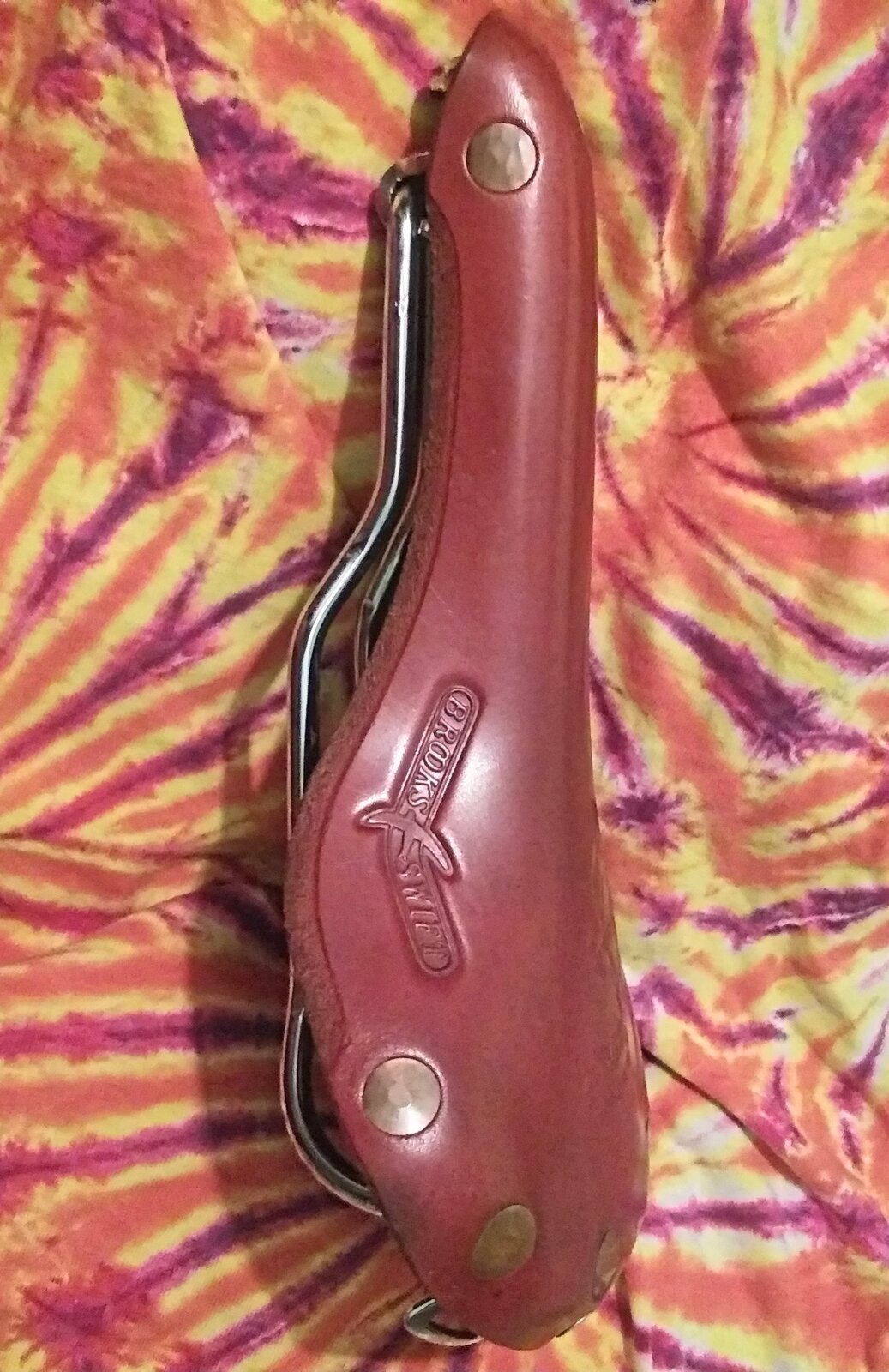 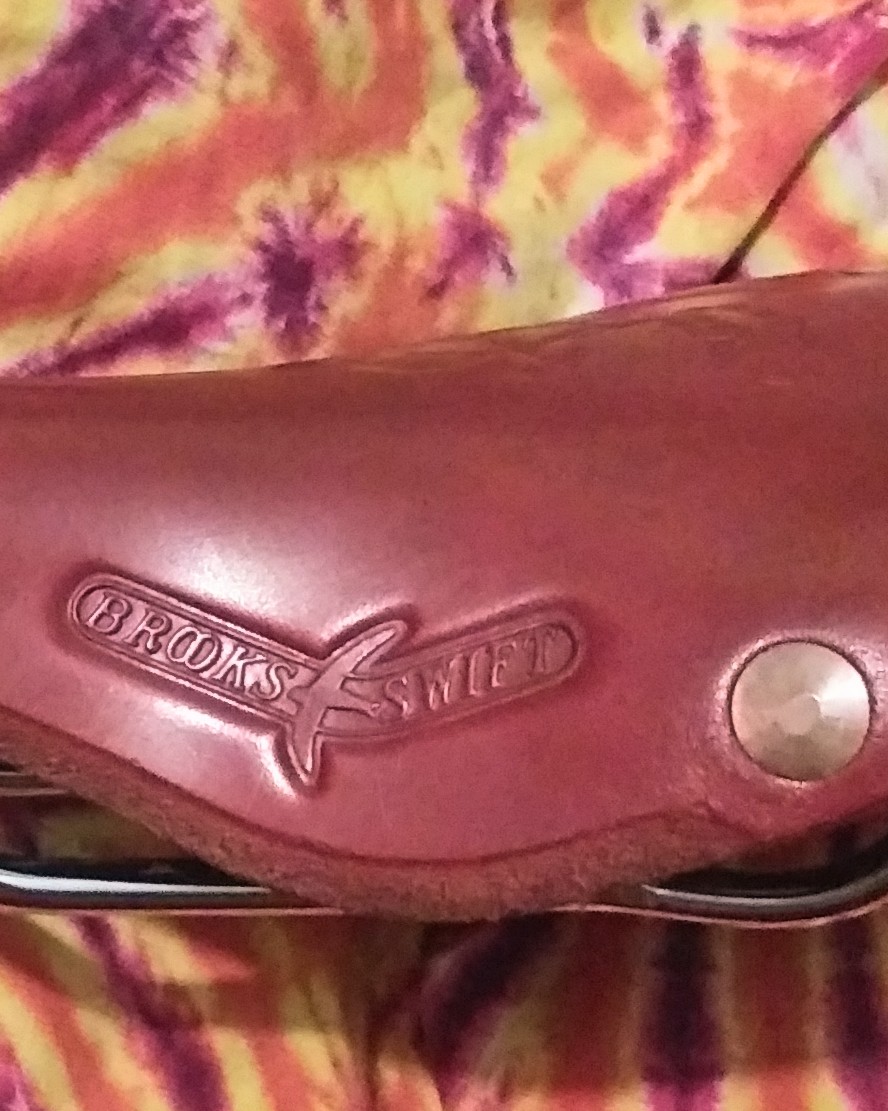 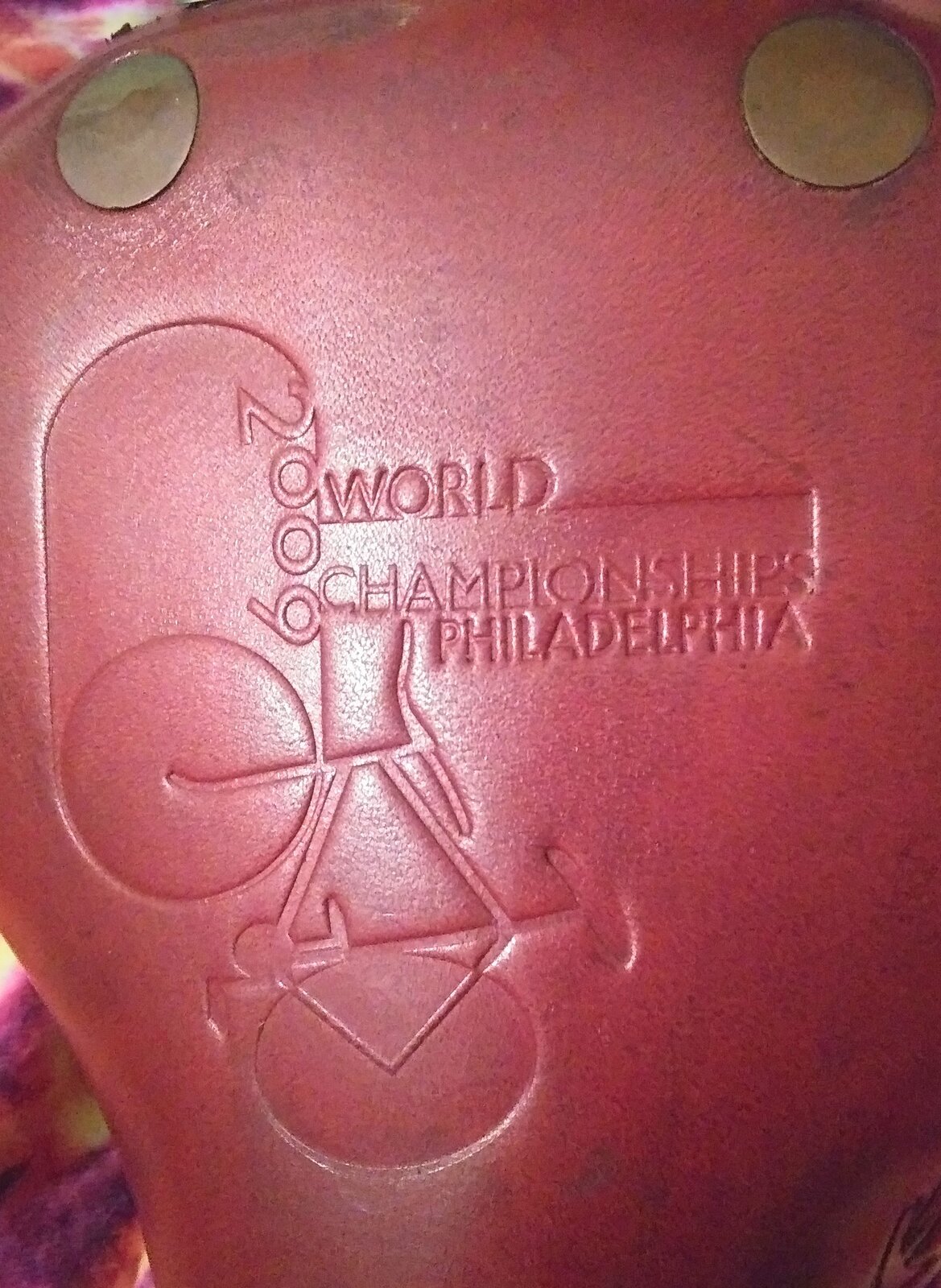 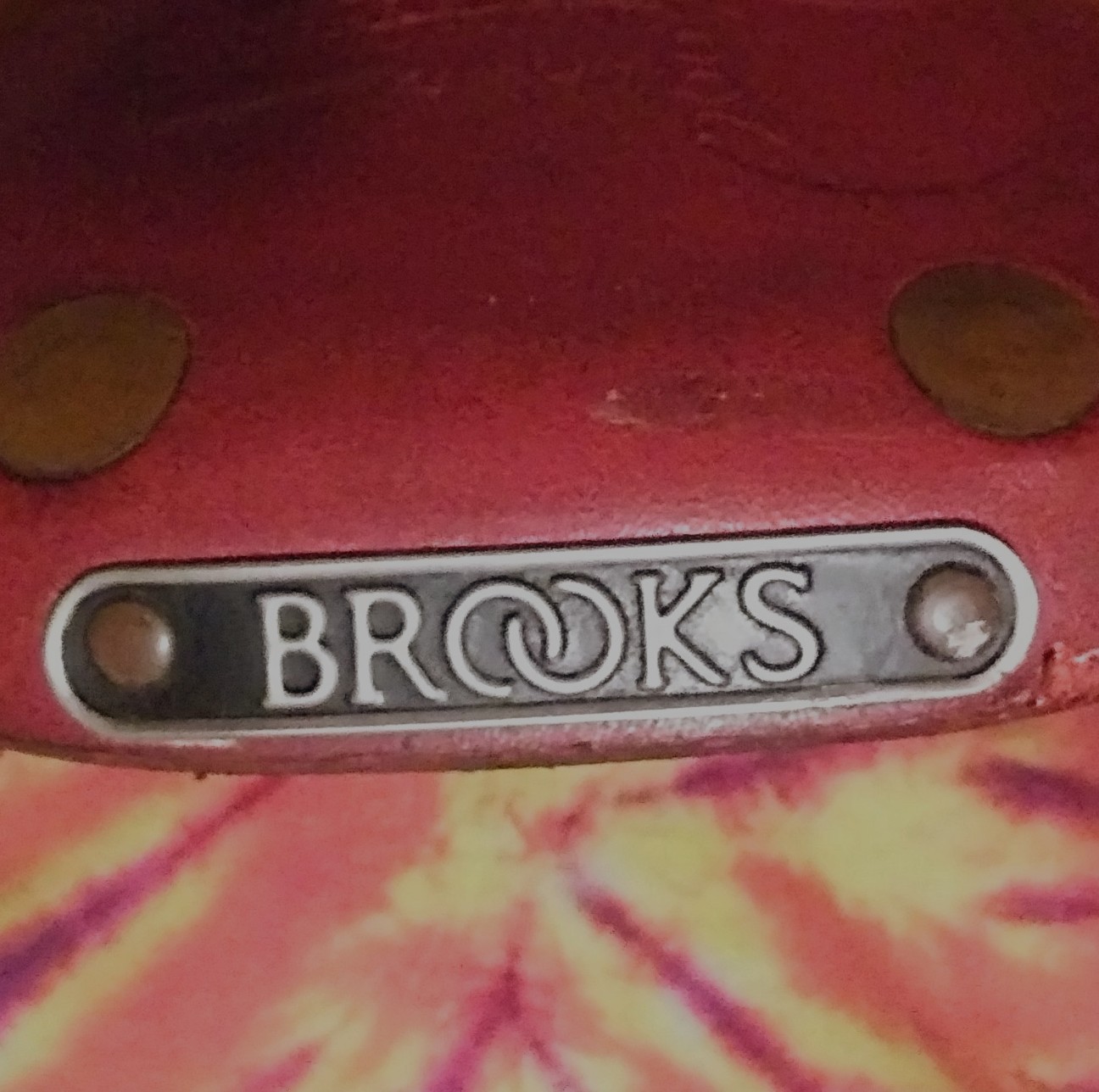 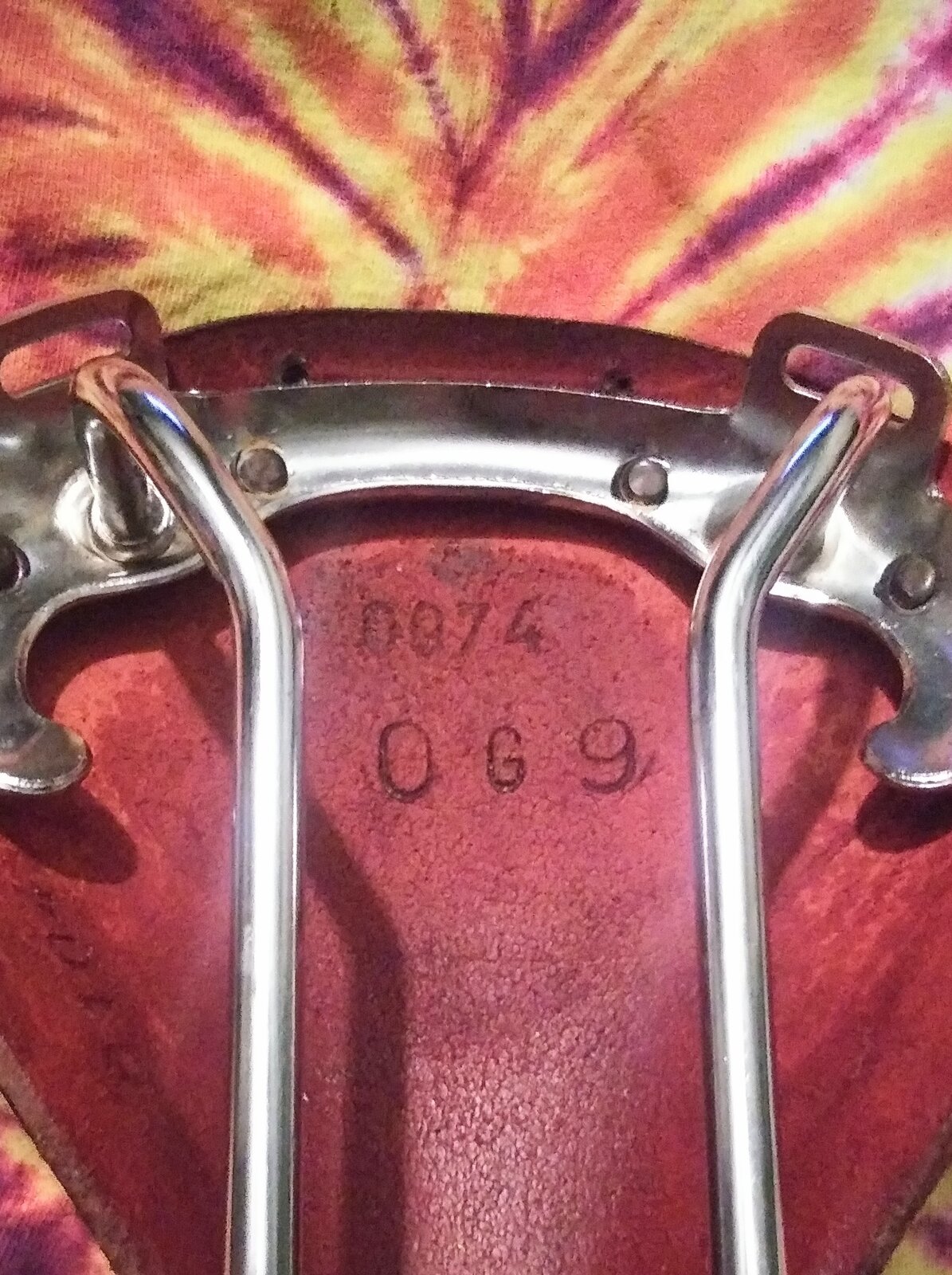 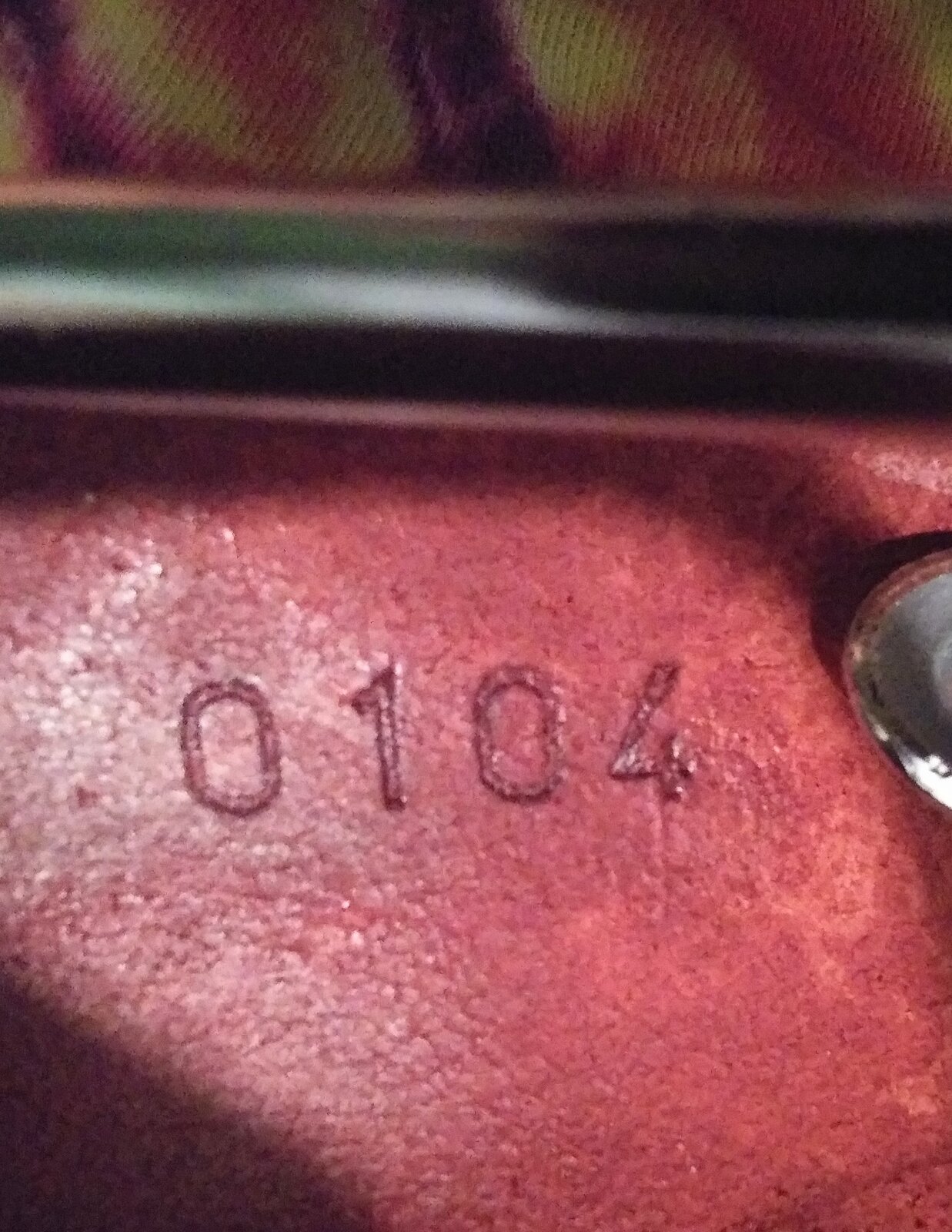 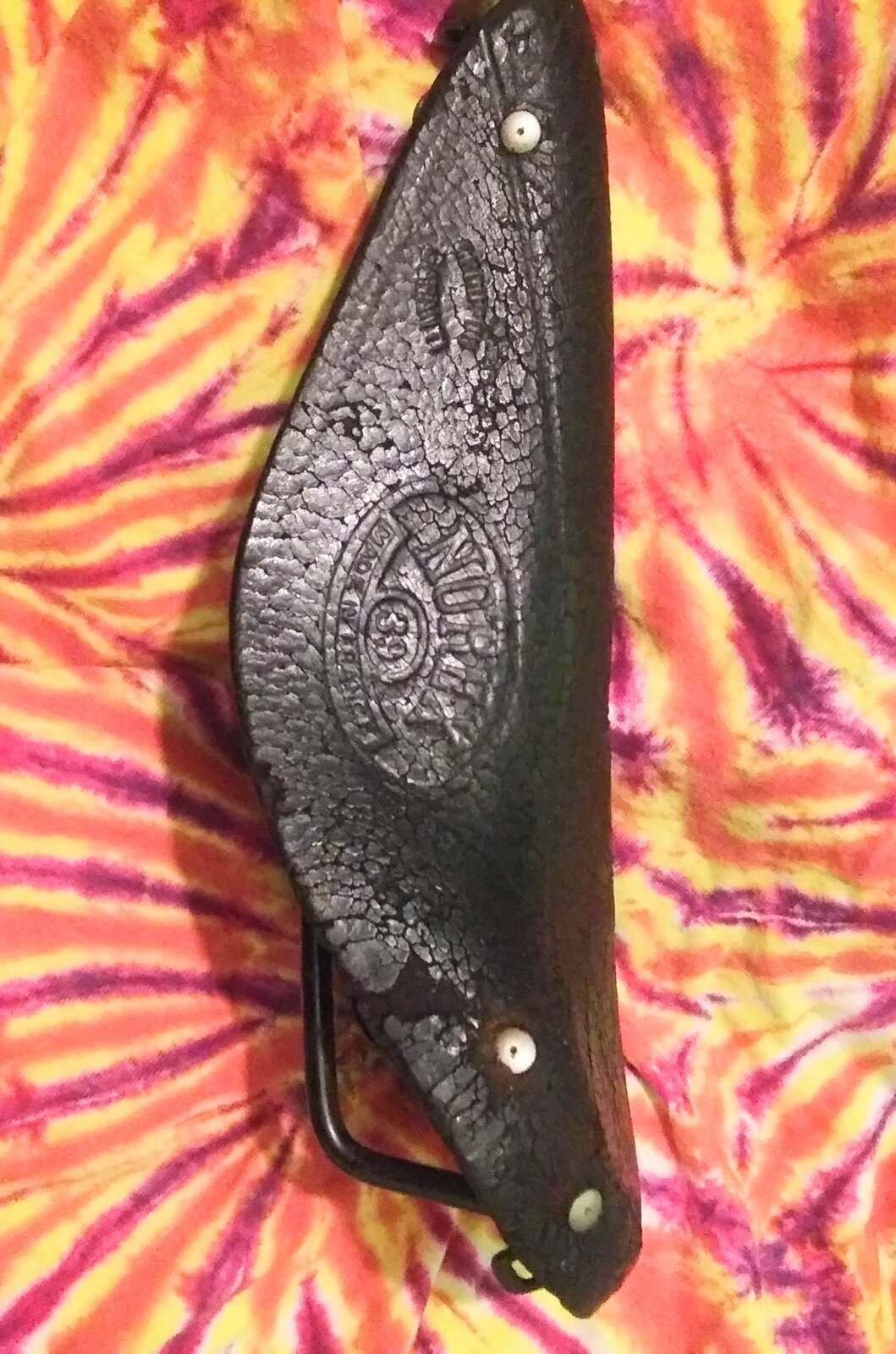 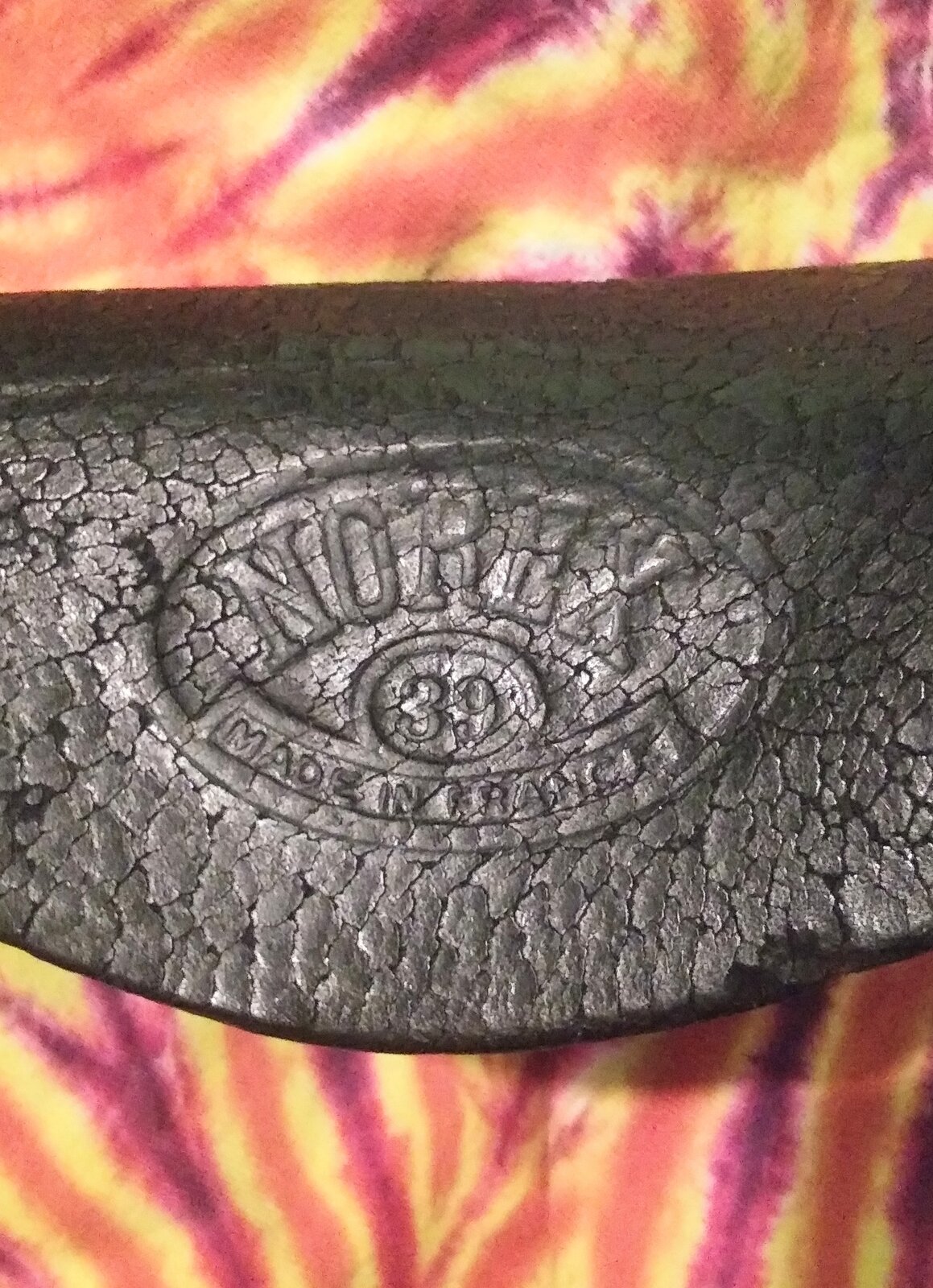 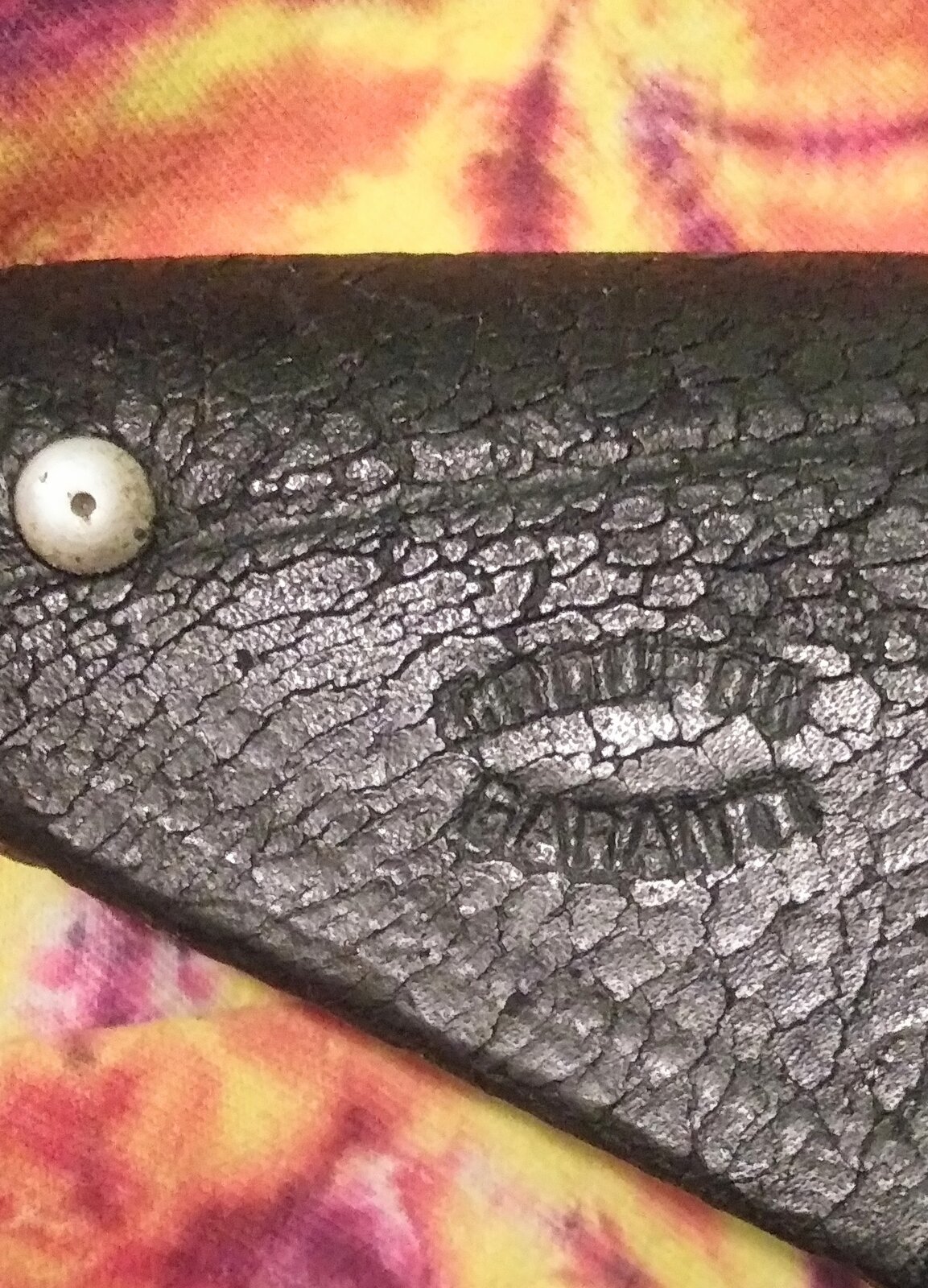 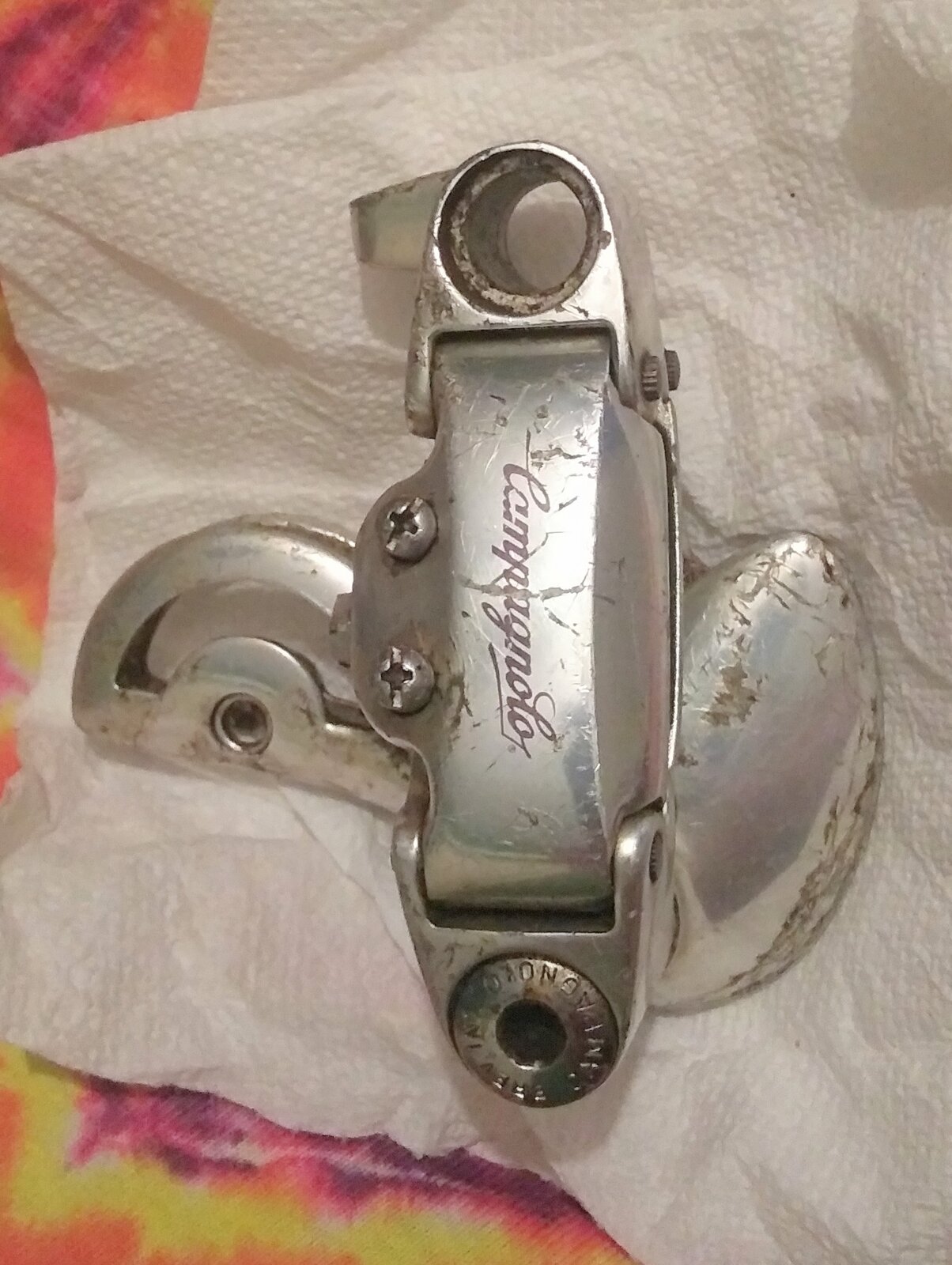 Another nice surprise came after researching the derailleur. If the Velobase entry is correct the derailleur model is a "Corsa/C Record" 2nd generation; per Disraeli Gears it would be the 2nd variant of the 2nd gen. A010 "C Record" model. Certainly worth the $10 even given its condition. Not worried about OE pulleys, but pivot bolt might be hard to find if its not crossover compatible with other Campy derailleurs of that period. I never really thought too much about the 1st "C Record" model, although they were art deco cool, they were nevertheless essentially lightweight versions of the 60s "Record" model still only handling about a 28T cog. Compared to "Nuovo Record" and "Super Record" RDs they were heavier. Why Campy didn't make Ti pivot bolts for these is beyond me. Also, the price never warranted me purchasing one if you already had spent the $ on an 80s "N" or "S Record" unit. At least the 2nd gen. "C Records" were designed for 7 cog freewheels whereas the 1st gen. was only for 6 cogs. I'll take the slant "Athena" model over a "C Record" any day for performance value (larger than 28T cogs, and handles 8 cog FW/cassette) even though heavier (replaced inner steel cage plate with alloy to reduce grams).

Since this unit is somewhat beat up I will completely polish it up by removing the anodized finish, and drill out the inner parallelogram and cage plates to drop some weight, and add drilled out alloy sealed bearing pulleys. Without the Campy graphic I'll be free to engrave it with a frame specific logo that should appeal to the next owner when sold (a couple Rossin frames seem apt candidates).

If someone has a pivot bolt to fit I'd be interested in purchasing. I haven't checked what part number it is yet. The date code is a "boxed" 51; 1989?.

Congrats! Nice looking stuff. Glad it worked out for you!

I am having trouble finding a part number for the C-Record (A010) "B" pivot bolt. It is not shown in the '88 dealer parts catalog, nor in the '93 parts catalog. No parts breakdown diagrams in catalogs from '89-'92. I am assuming that the unit is '89 from the date code, but figure it would have the same part # for the 1st gen. C-Record A010 model, and that it would be the same part until '91 or so. I think I'll swap out a few other bolts and see if I can make them fit. I really don't have any late 80s Campy RDs except early Chorus and CdA types to compare with, and both of them have different part #s in '88.

You got a great deal! Congrats! Wish my deals were all like yours..

it is the only model of NOREX or BIM have ever had the opportunity to encounter in person, as a non-resident of La Republique Francaise. 😉

T & B also offered it under the Ideale marque as well - 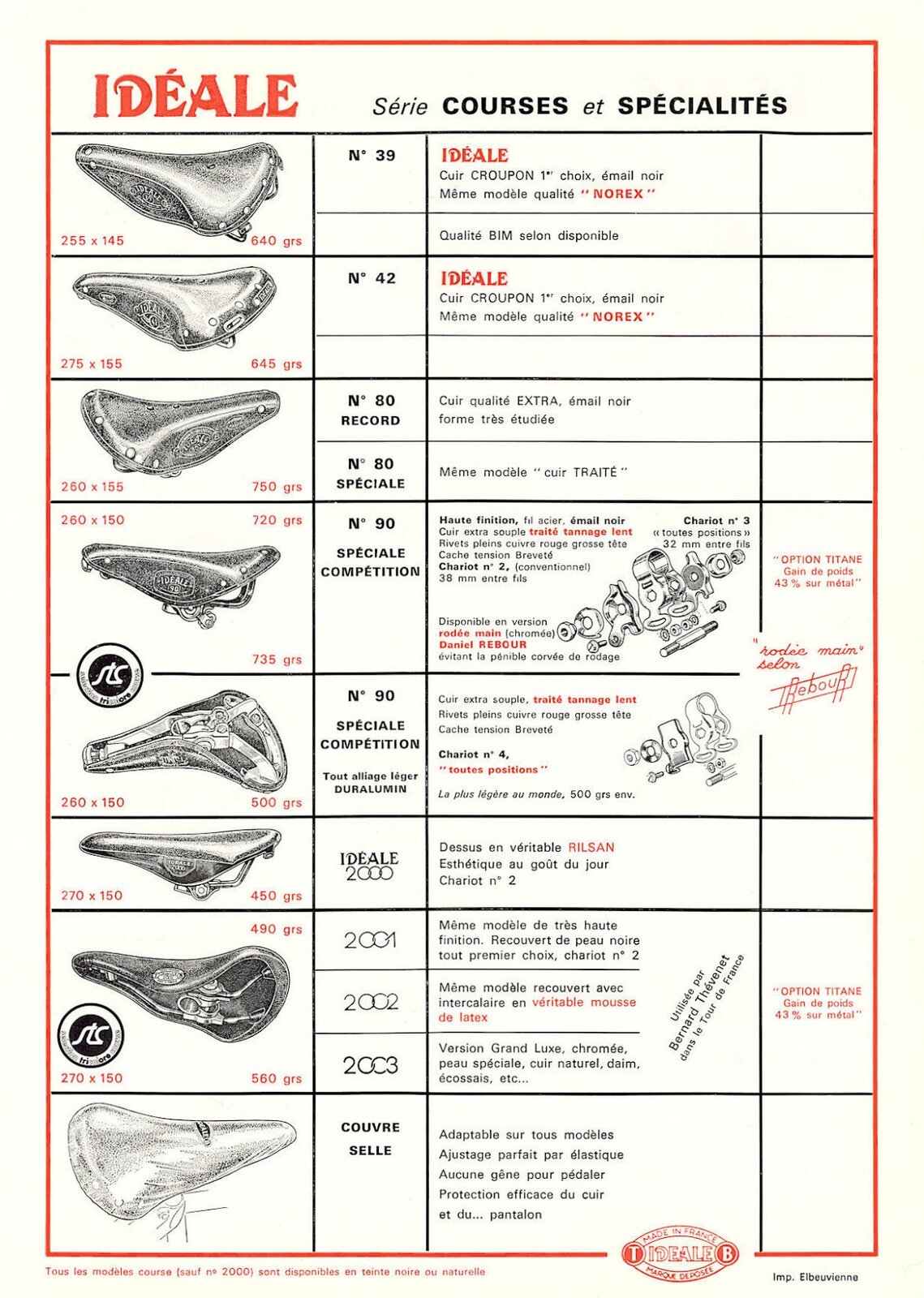 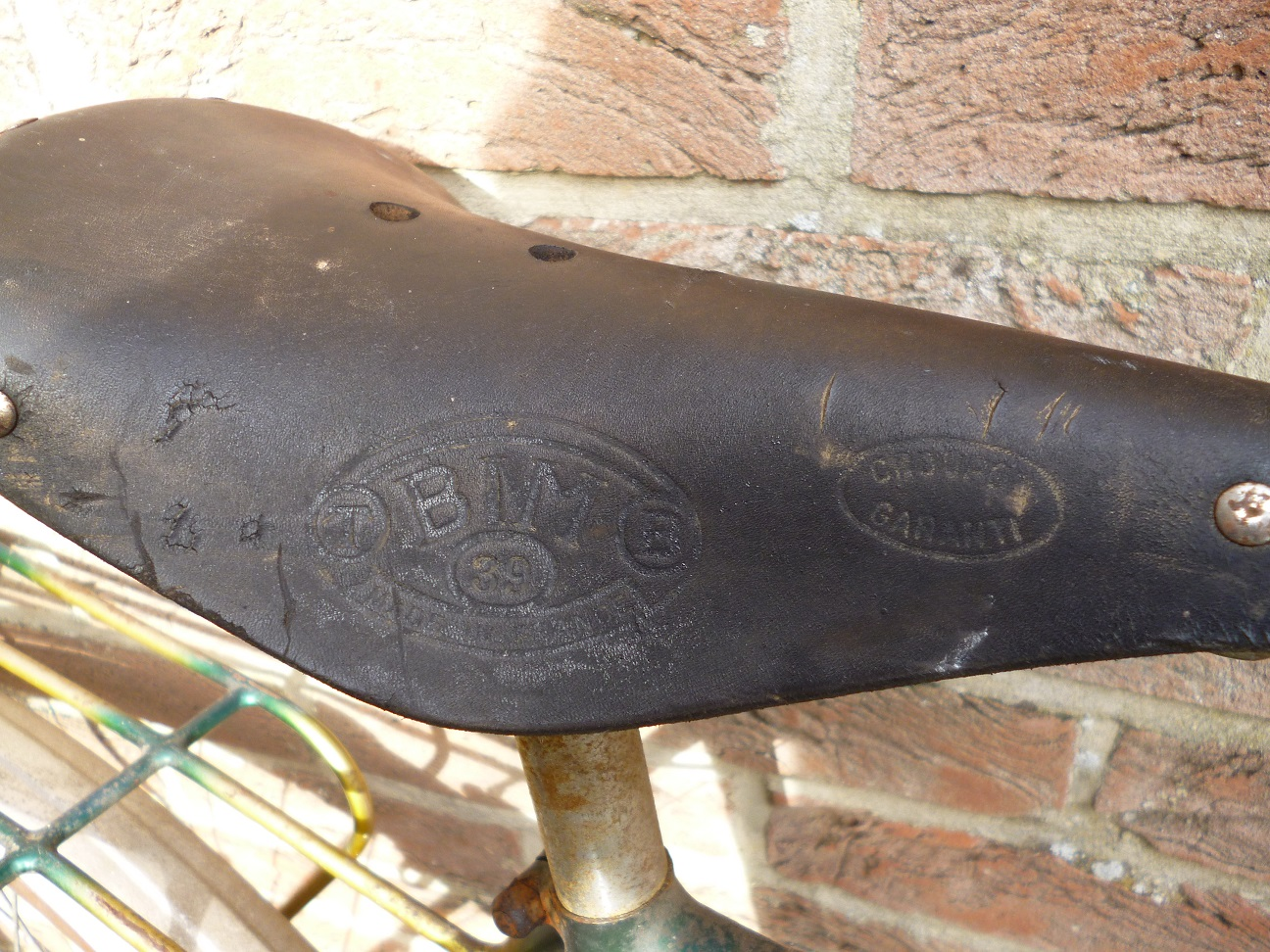 @juvela
Thanks for providing that info and photo. I have another NOREX, but the model is too worn to read. Also, I have a FRANCEIX 5 with laced skirt. I don't think I have come across any BIM models; probably the only T & B brand I don't have an example of whether mounted or loose. I thought BIM came around fairly late in the company history so I would think there are some decent ones still out there. I know my NOREX came from a 60s bike (Peugeot), but no idea as to the year.
You must log in or register to reply here.