Does anyone here know how to tell a real Major Taylor stem from a non MT?

Thanks for all the great info Carlton!
Been a pleasure knowing you folks, please buy my remaining "Morsles". Thank you.

fordsnake said:
Has anyone ever seen a photograph of Major Taylor with an extension stem other than the popular circular tube stem?
View attachment 899145

Taylor's autobiography (which reads like a personal journal) it’s a good account of the milestones in his life. Unless I missed something when reading it, there's no reference or mentioning of producing or endorsing a "stem". However, he openly admits to adopting and pioneering an existing one.
View attachment 899146

The circular tube extension stem seen in many of the photographs of Major Taylor was designed and made by Bradshaw Jack, an English bike maker in 1900. It’s possible Taylor was introduced to the stem while racing in Europe?
View attachment 899148

The no-slip Accles & Pollock (squared tube) stem, often called the Major Taylor stem is also British made. The company founded in 1896, originally produced steel tubing for bicycle frames. It’s possible the Englishman Bradshaw Jack sold his design and patent to A&P for production and later incorporated the no-slip diamond tubing as a "new" feature and ostensibly credited Major Taylor? (this is pure speculation on my part).
View attachment 899155
This is the stamped Ankh on the bottom of my stem, I was told it's an A&P stamping, but I've never found the registered symbol.
View attachment 899174

The chances of Taylor being involved with creating, restyling, or modifying the stem is highly unlikely…why? Because of his manager Louis “Birdie” Munger, the man who plucked him out of a tempestuous world of racism and made him a champion!

View attachment 899176
Munger (an ex-cycling champion) helicoptered over Taylor's career; he was so intertwined that Taylor wouldn't make a move without Munger's advice or counsel. This is germane, because if Taylor had pursued a novel bicycle "stem" rest assured Munger would have contracts drawn for Taylor to be handsomely compensated for his involvement! (Taylor did his share of product endorsements).The two were a formidable team and they benefited lucratively over the years. Plus, Munger would have promoted the hell out of Taylor’s endorsement in the newspapers and trade pubs!
View attachment 899178


Louis “Birdie” Munger wasn’t just a trainer, coach and manager, he was a self-made businessman. When he wasn’t training Taylor, he was occupied with the operations and the production of some reputable wheels manufactured by his companies.
View attachment 899325

Additionally, Birdie was an inventor with several US patents under his belt! He knew how to navigate the US patent operations; securing, protecting and selling ideas...after all Munger’s father worked for the US patent office and exposed Birdie to the world of inventions!


Subsequently, Birdies patents paid off and made him a wealthy man!!!View attachment 899227


Until there’s documented evidence that shows Taylor's involvement with an extension stem…the only conclusion that can be drawn is that while he was alive, he did not endorse or produce a stem. Everything that has been made was done so without his involvement! However the gesture of publicly connecting his name to the extension stem – and crediting him for something he pioneered and introduced to racing...is a well deserved posthumous honor!

good dissertation .... good thought process
man I would love to be able to find that Massey Silver Ribbon bicycle !!! 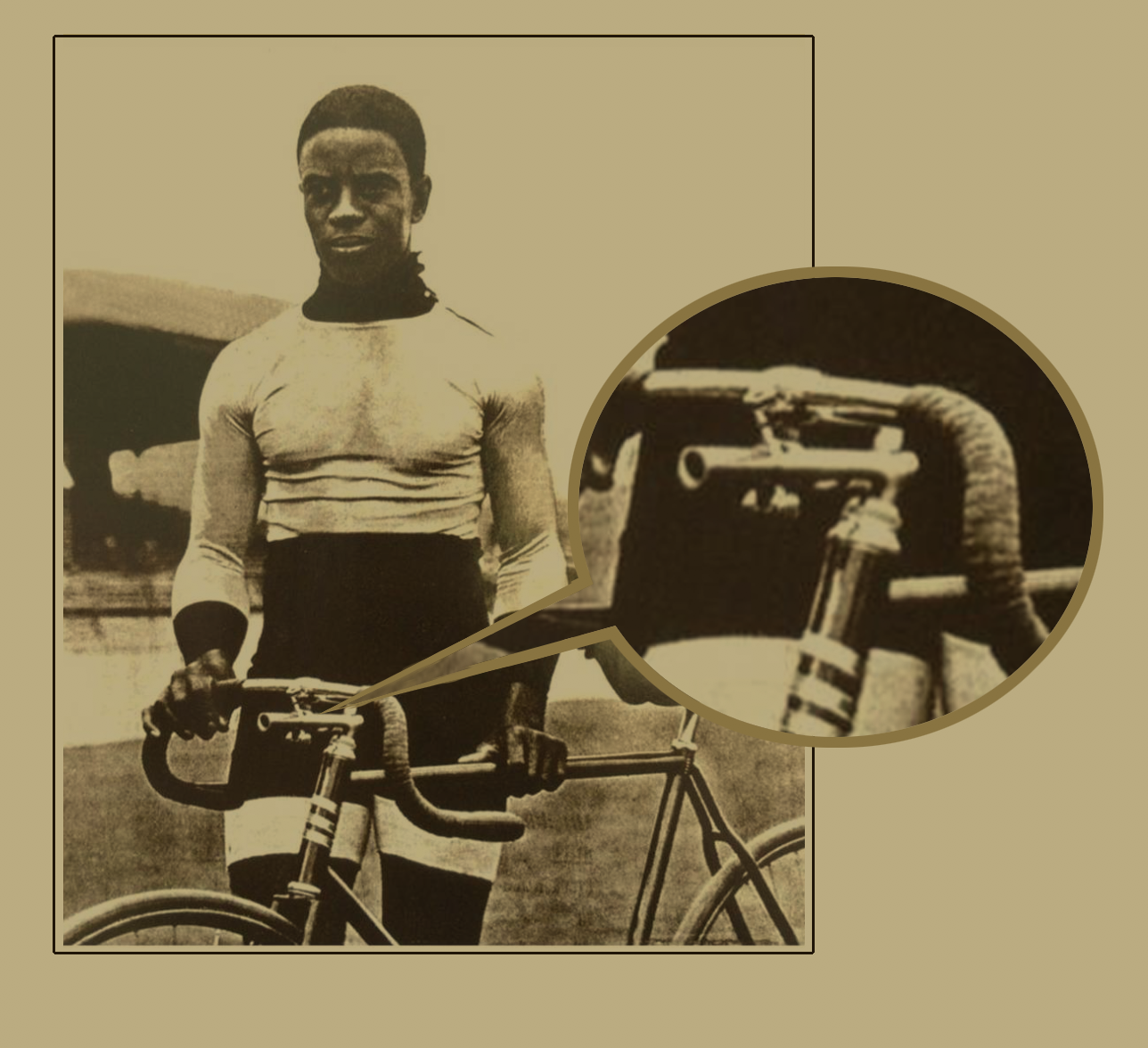 Do not judge experience or knowledge by the number of posts someone has. Some, simply have way too much time to waste!
D 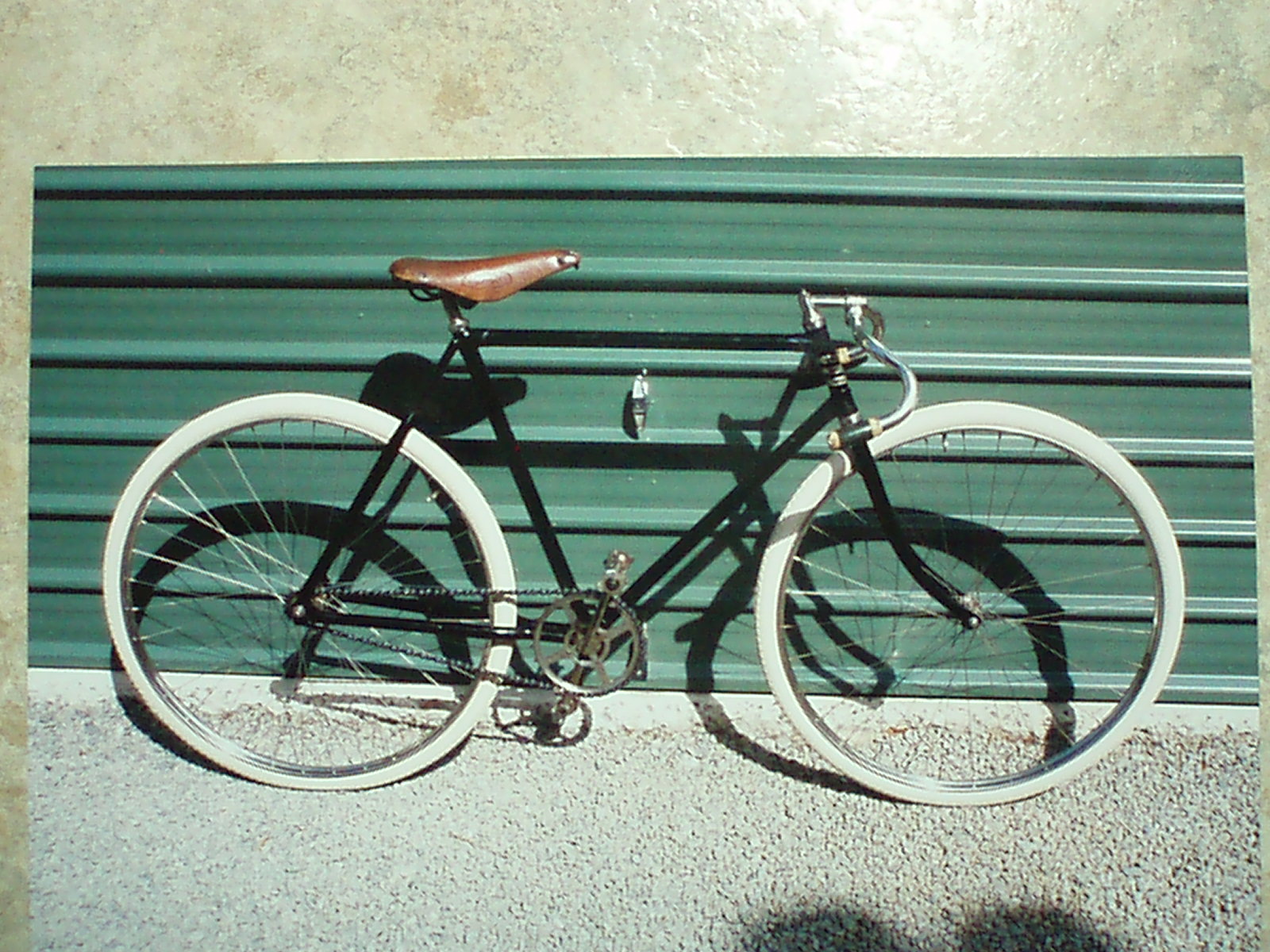 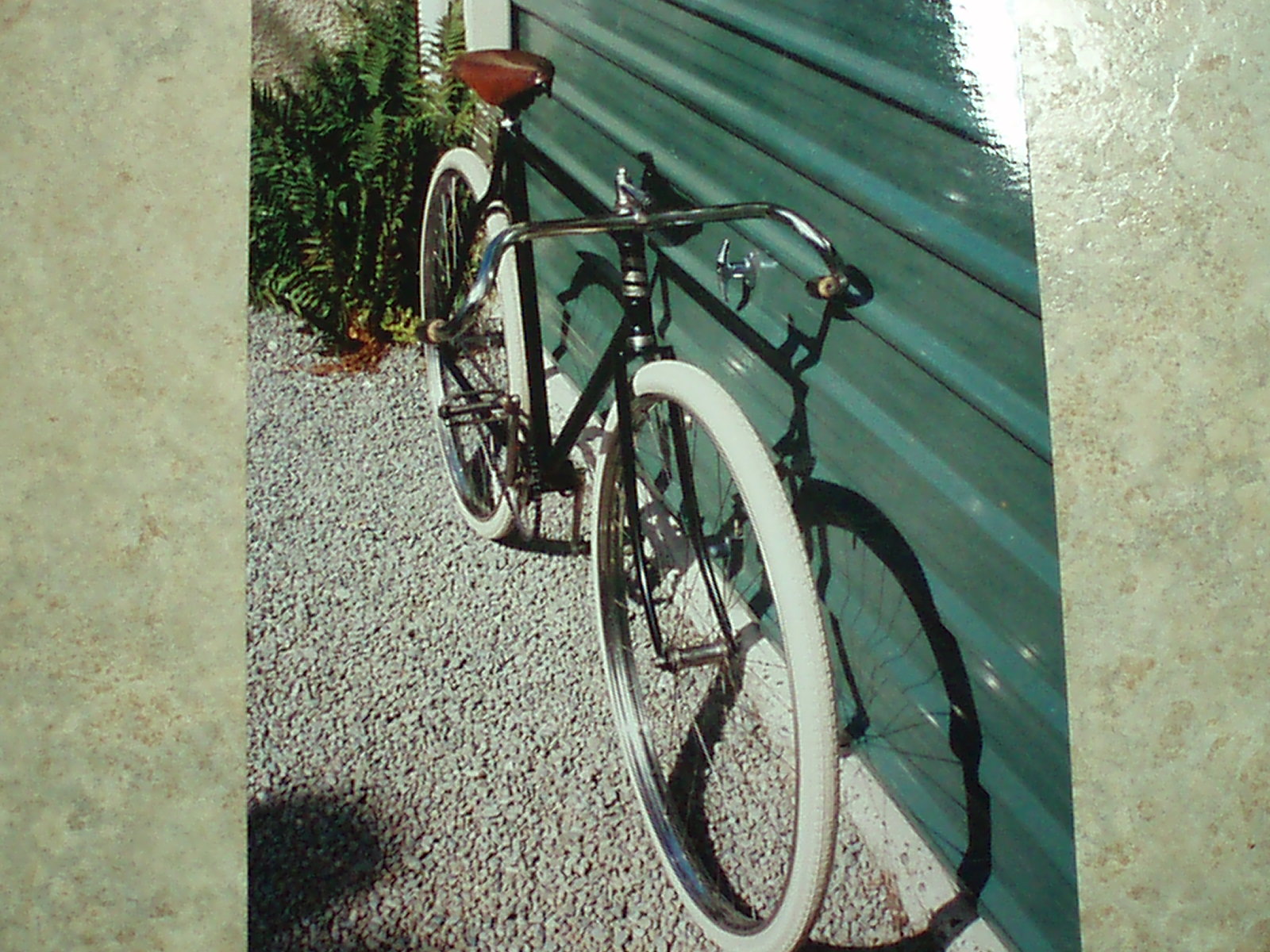 ew Zealand when I was there. I think the bike is in Australia now.
O well. Has Hussey Bar stem. In my catalog it says 28in Westwood steel or Laminated wood racing rims

David Brown said:
About 14 years ago in hindsight I could of bought this 1904 CCM Massey Harris Model 17 Track racer in NView attachment 900005

ew Zealand when I was there. I think the bike is in Australia now.
O well. Has Hussey Bar stem. In my catalog it says 28in Westwood steel or Laminated wood racing rims
Click to expand...

very nice bicycle David, thanks for sharing
the good old days of having actual pictures of bikes
now we have to take pictures of pictures to share, crazy how times change fast

Max
Do not judge experience or knowledge by the number of posts someone has. Some, simply have way too much time to waste!
D

As far a correct dating, I am really not sure . This bike was a Model 17 which shows up in there 1905 catalog.

It's such a great bike and very rare to find one for sale these days. I've looked for 25 yrs with no luck but it would most likely show up in Australia if you were to get lucky and find one.

Dave - do you still have pics of the Model #7 Special Racer? I'll go and post the Massey Harris stuff in the "TOC RACER" thread.
D

Accles & Pollock were still selling them as "Major Taylor" stems in 1952, image from their catalogue (can be seen in full on the V-CC library site)..... 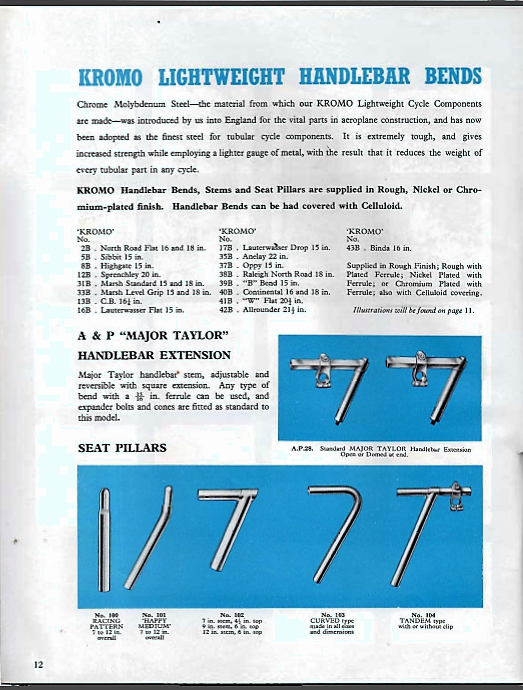 dnc1 said:
Accles & Pollock were still selling them as "Major Taylor" stems in 1952, image from their catalogue (can be seen in full on the V-CC library site).....
Click to expand...

This is a great find! Now, the question is when did Accles & Pollock first produced the stem and if MT was involved? Apparently A&P produced an expanded their range of sports and leisure equipment in the late 1940’s...not sure if the stem was introduced then? I've reached out to the Sandwell Archives in the UK, they're the historical service for the Access & Pollock Company. Hopefully, they can enlighten us to A&P's involvement and the timeline of this stem?
Last edited: Nov 13, 2018
S

In Memoriam
Some early Stems that were slideable, not quite like Major Taylor type. 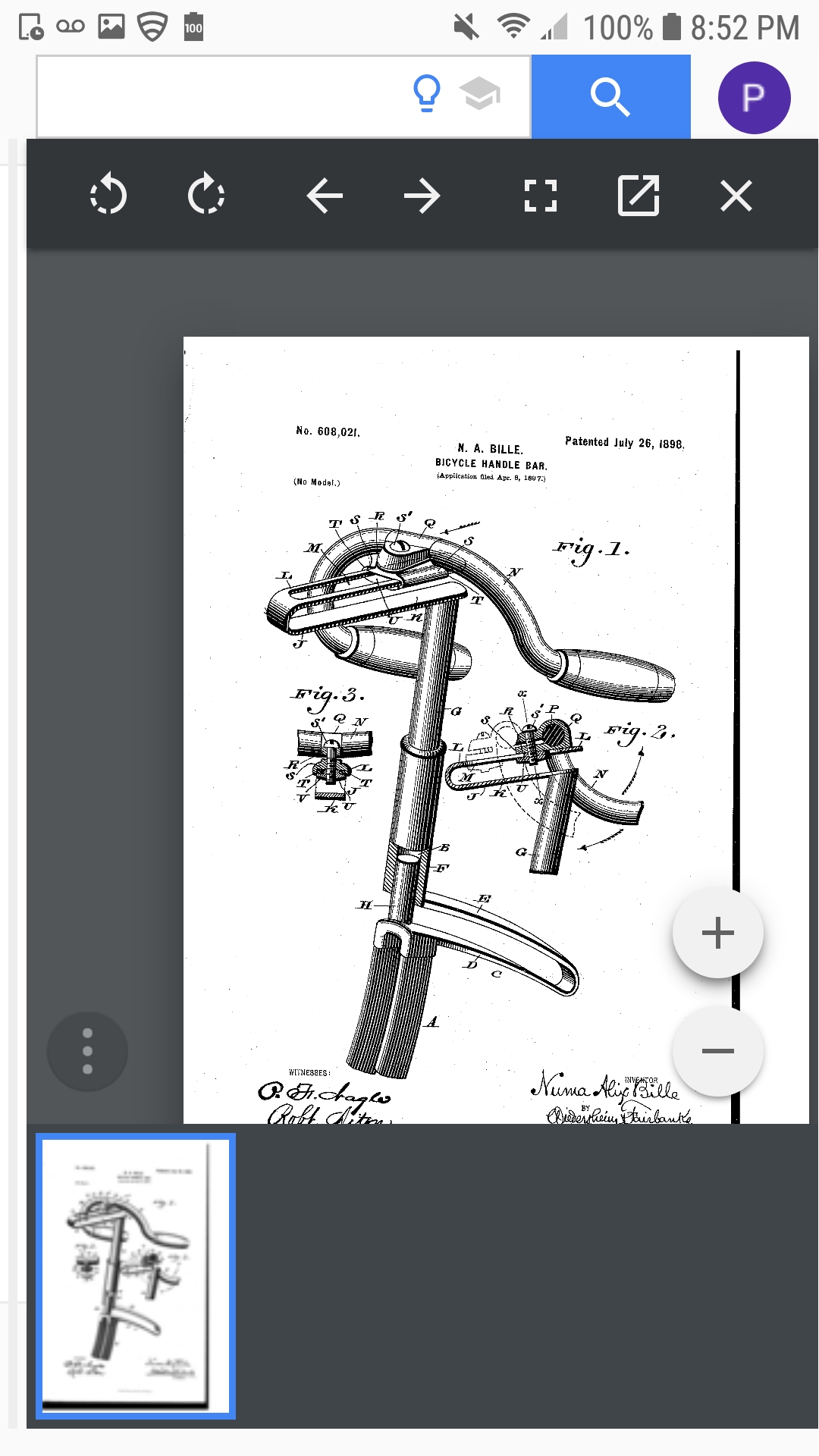 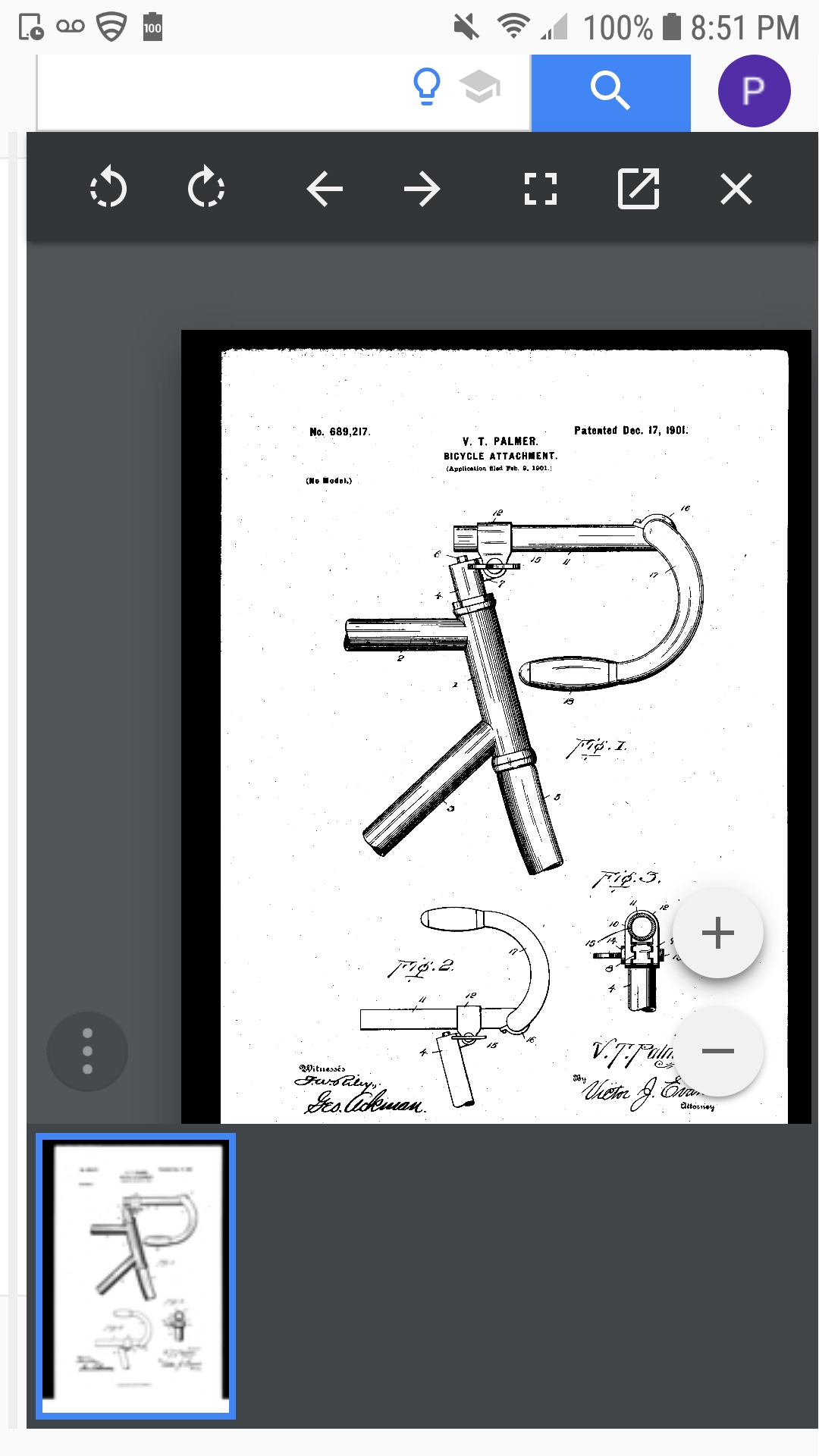 shoe3 said:
Some early Stems that were slideable, not quite like Major Taylor type.View attachment 900496

crazy cool stems, good find
machinist in the early 1900 sure liked to make things complicated! but oh so cool looking.
imagine how time consuming they must have been to machine
Do not judge experience or knowledge by the number of posts someone has. Some, simply have way too much time to waste!

shoe3 said:
Some early Stems that were slideable, not quite like Major Taylor type.View attachment 900496

Wow! That N.A.Bille patented model would have made for an interesting ride experience!

I received an email today from the Access & Pollock archive service in England regarding any involvement, endorsement or a relationship with the champion Major Taylor and the ankh stamping. The email sums up what I had thought...there is no documented evidence of Major Taylor's participation in the company's archives. Accles & Pollock probably used his name as a way to market their product. I doubt that the company ever had to pay for his name! Before Jan. 1, 1978, the public domain laws were more flexible and less constrained, public domain was often based on the creator's life plus a certain number of years after death. Since Taylor's first burial was in an unmarked grave...I'm guessing his estate or any Major Taylor entity during the time ever protested the usage of his name? 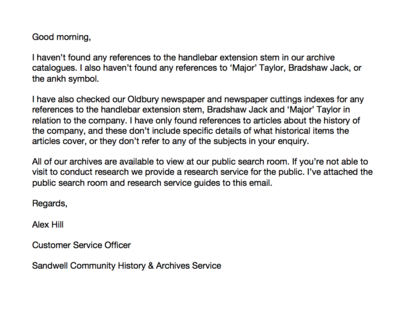 Was the ad marketing a Major Taylor stem or just an extension stem? It shouldn't be that hard to find the connection to Worksman Cycle...they've been around since 1898 and are headquartered in Ozone Park in Queens in NYC. If you'd like I can send an inquiry about a 1907 Taylor connection?
S

In Memoriam
I sent request for information, they said they did not keep any information about the company's early history. The ad I saw was a actual Major Taylor stem. Not sure what they called it. 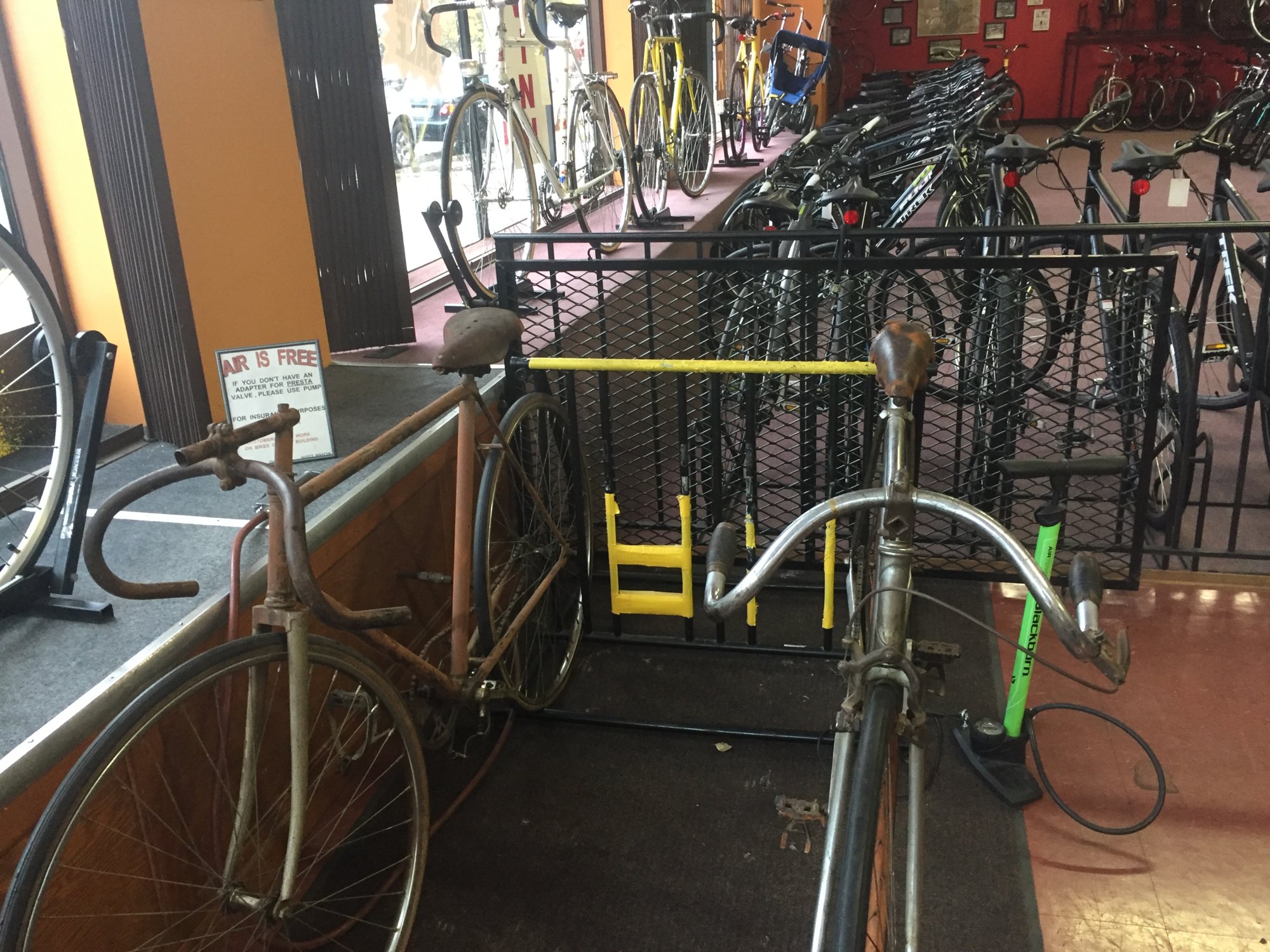 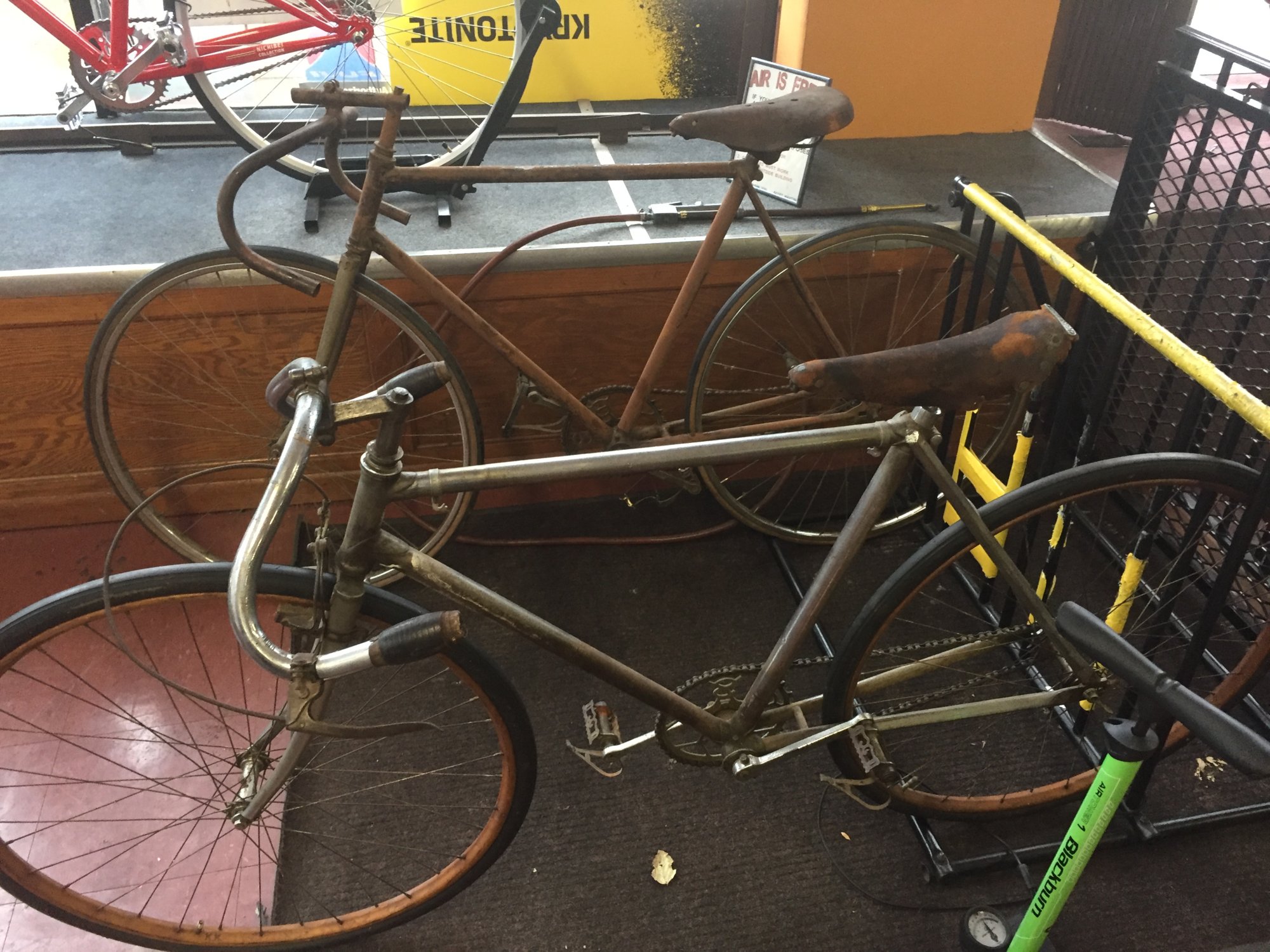 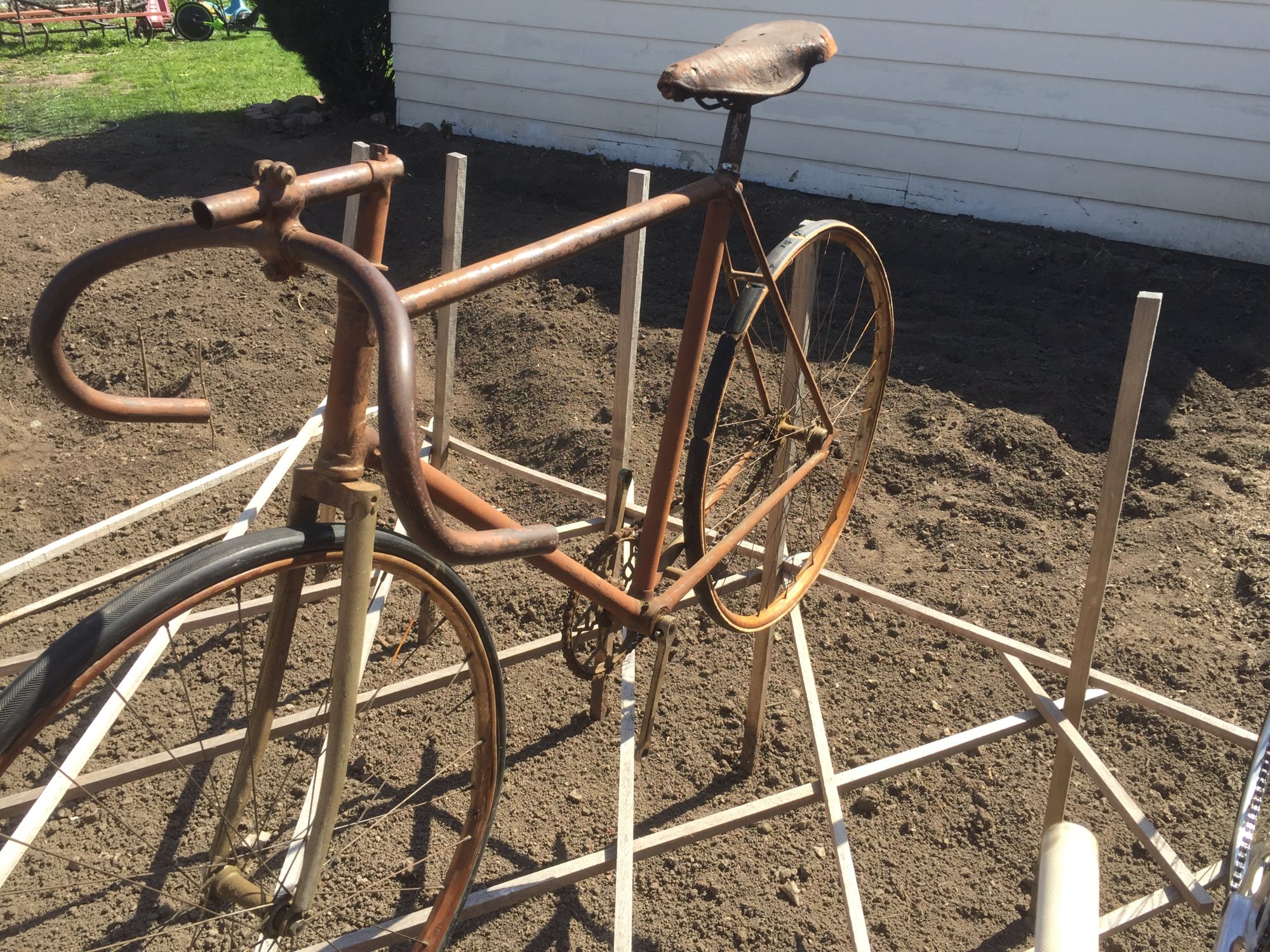 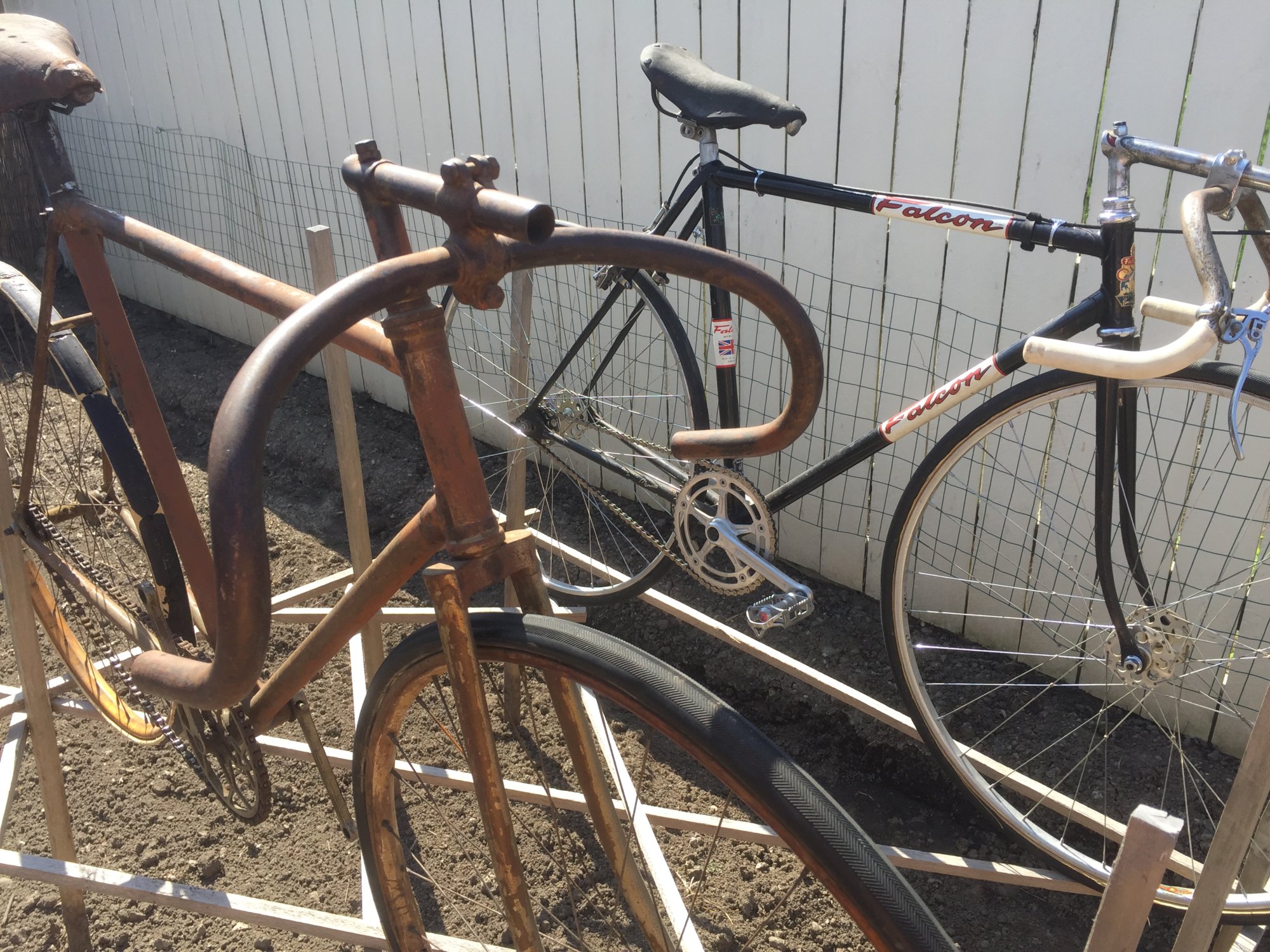 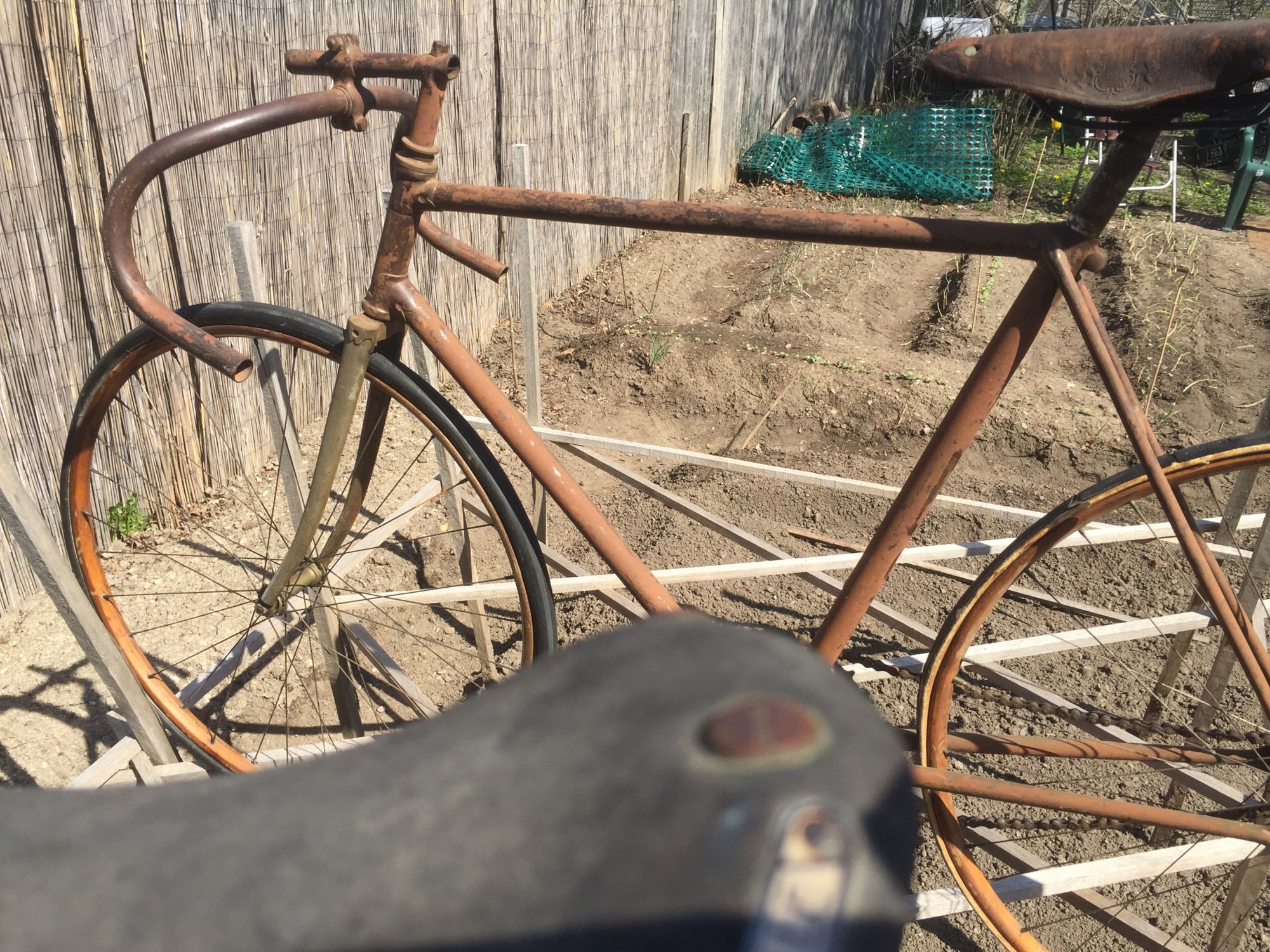 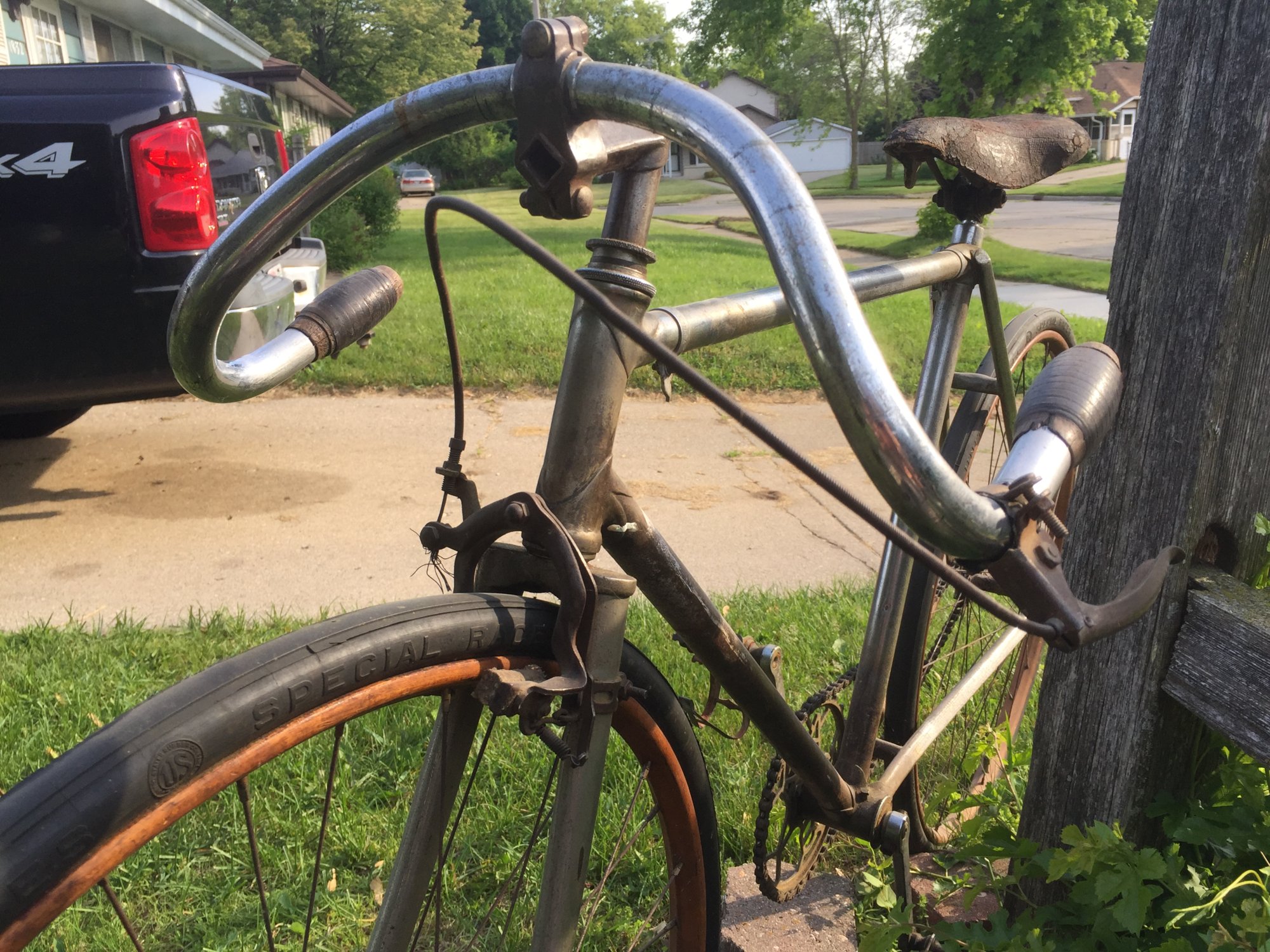 This was a good read. Any further developments? Found this website, looks like this is the only bike left that he raced? 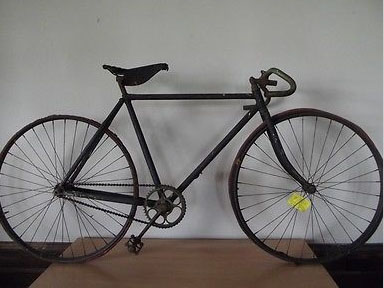 Only known Major Taylor bike is selling on Ebay

This 111 year old bike is the only one in existence that was raced by Major Taylor. He was the USA's first black superstar athlete, who fought constant racism…

thechainlink.org
You must log in or register to reply here.

Has anyone built a Twin Bar from a Schwinn cantilever frame?

Show me your NON-BICYCLE bicycle parts.
2

J
The Unintentional Consequence of Integrity