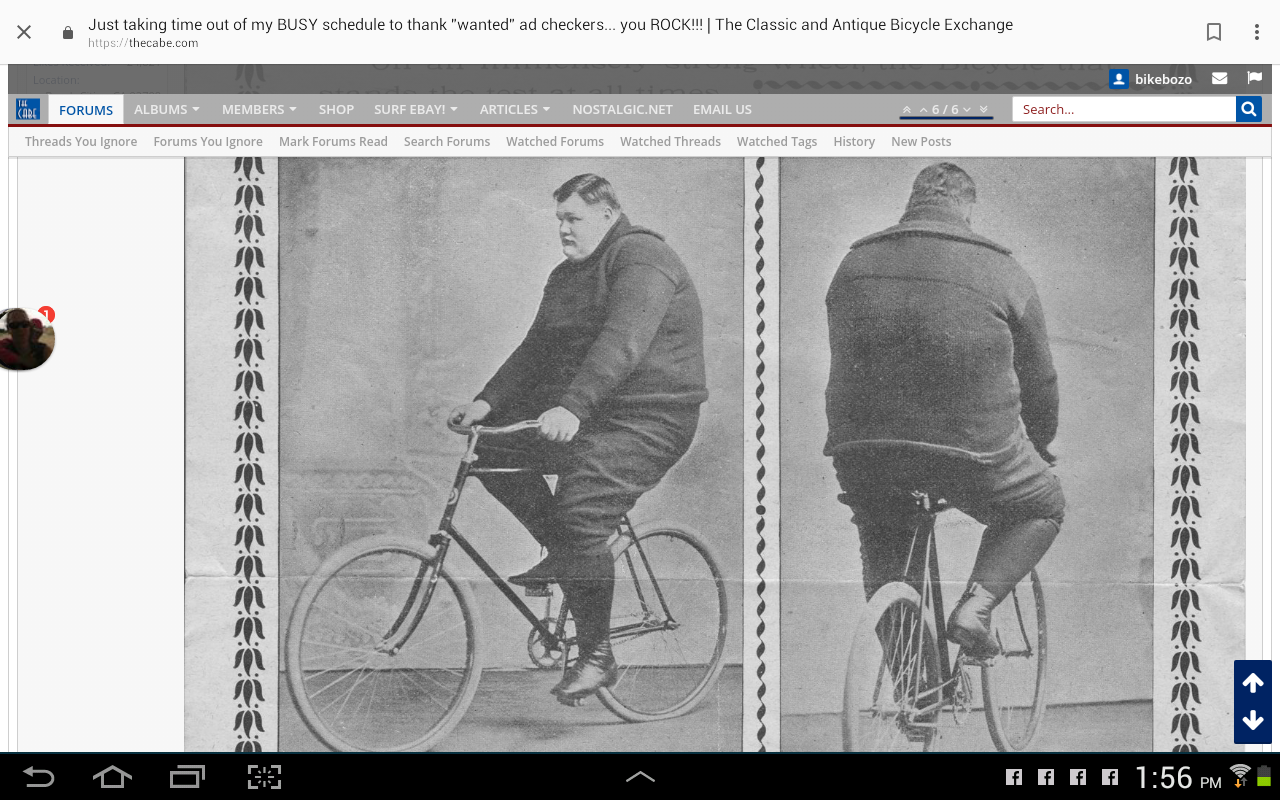 
Maybe the bike can handle that weight but the rear tire ain't doing too well! 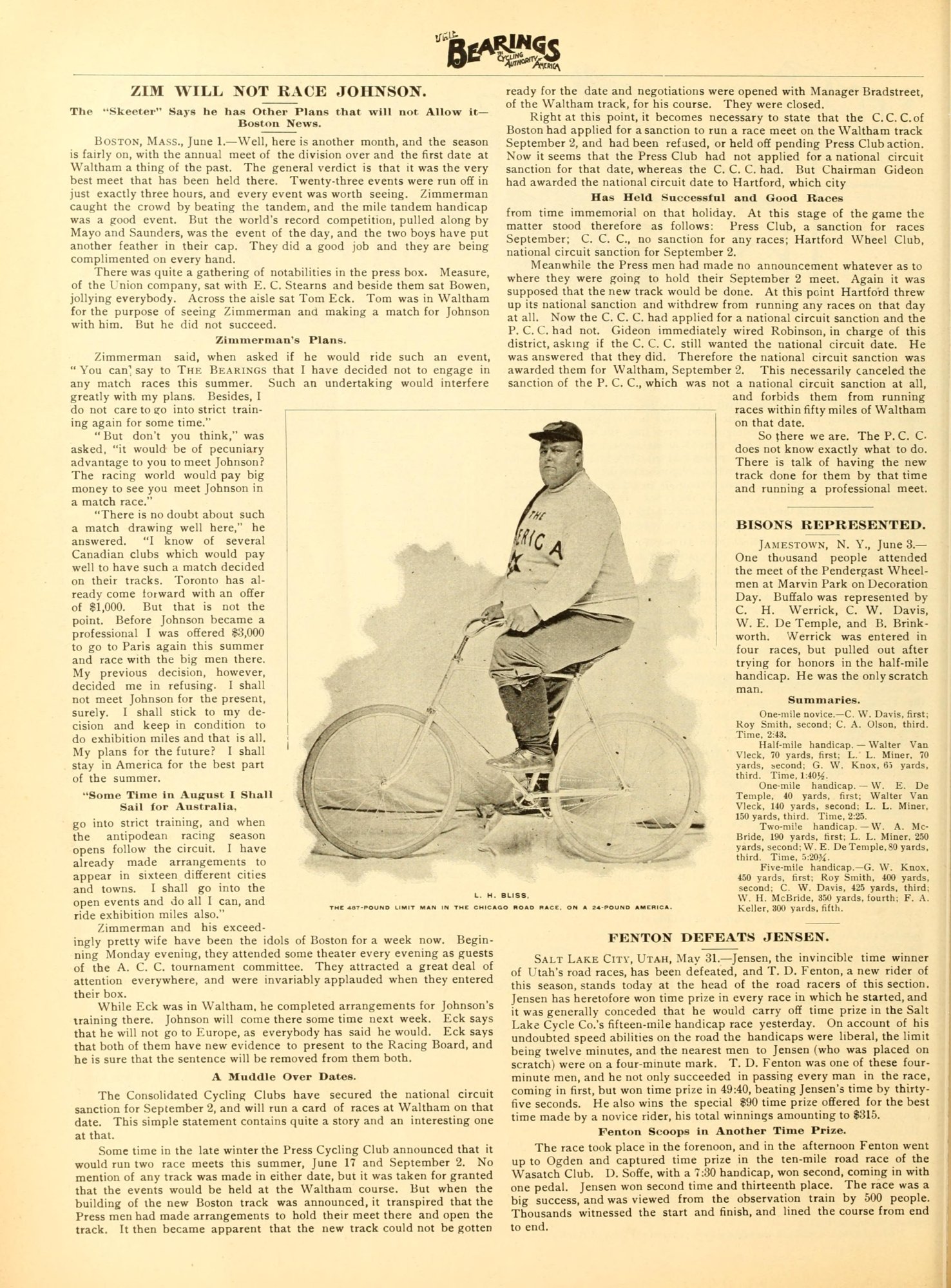 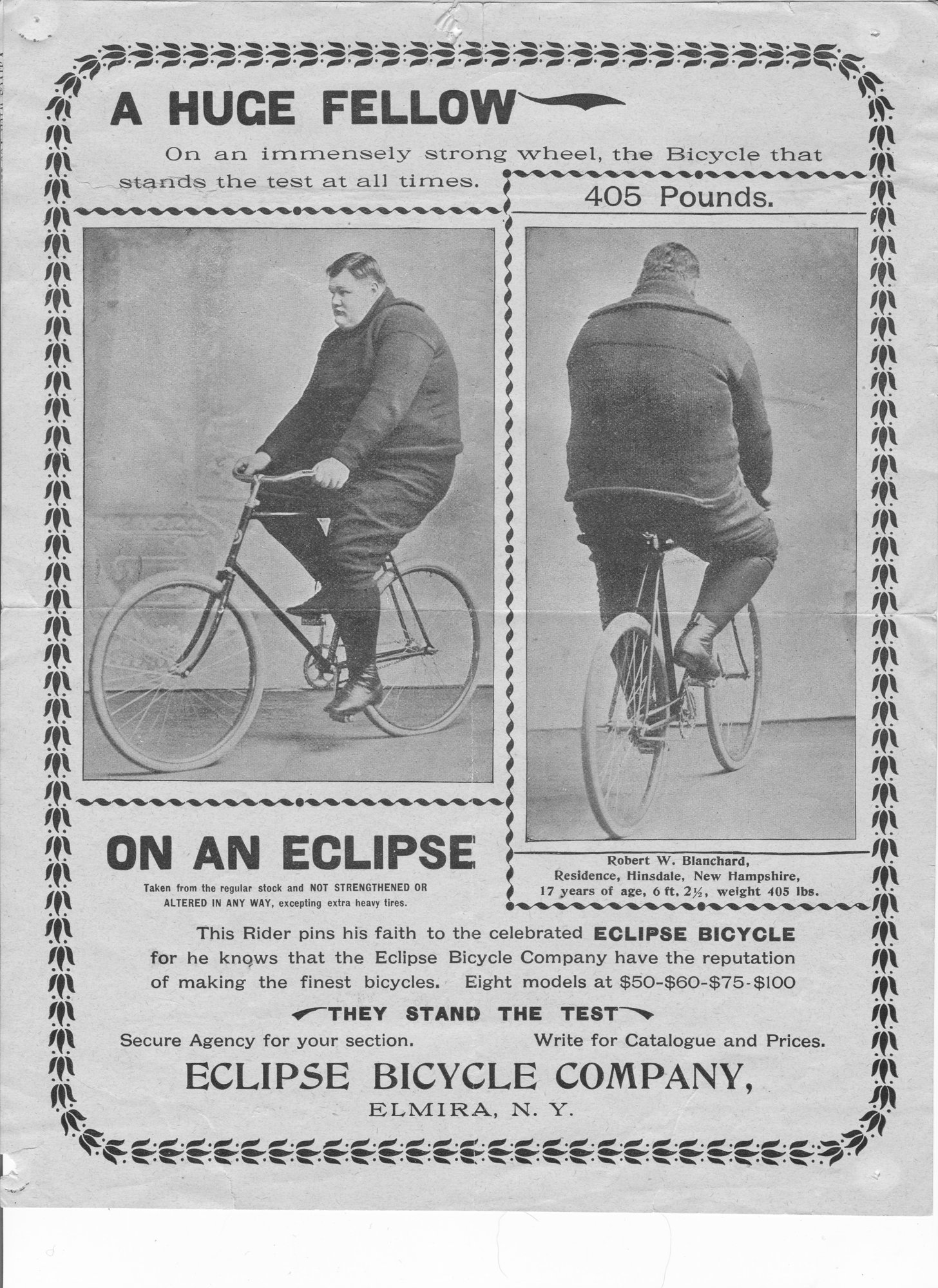 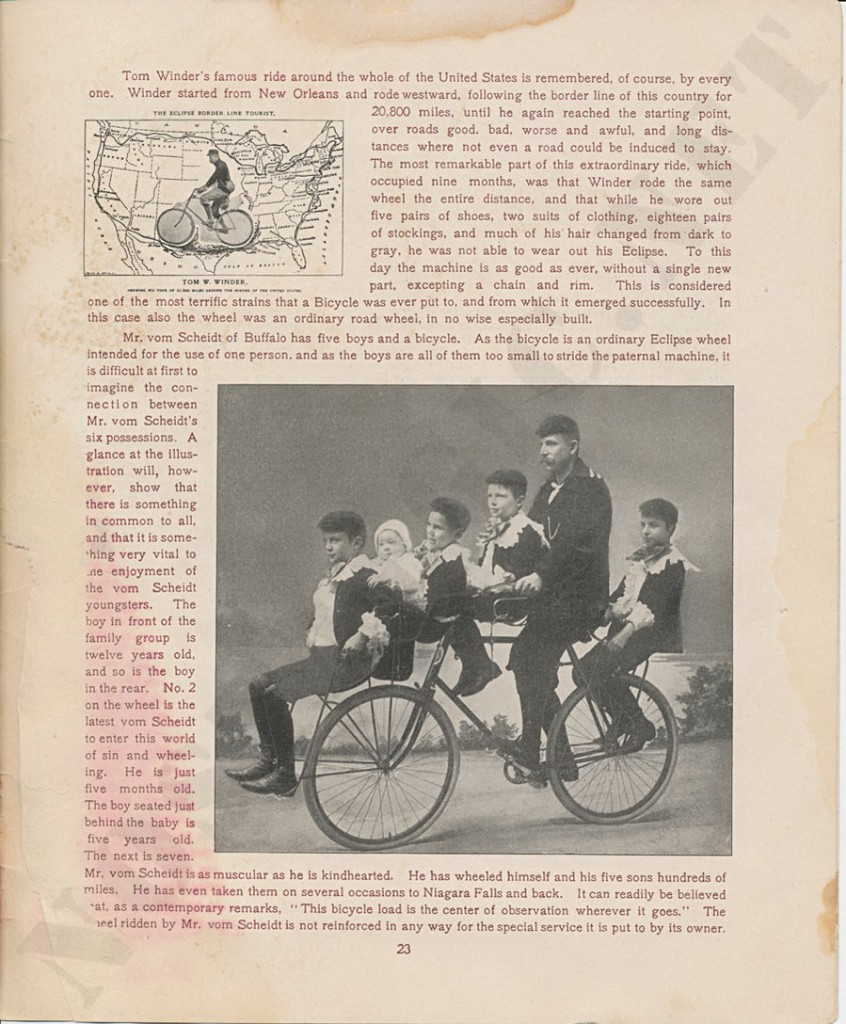 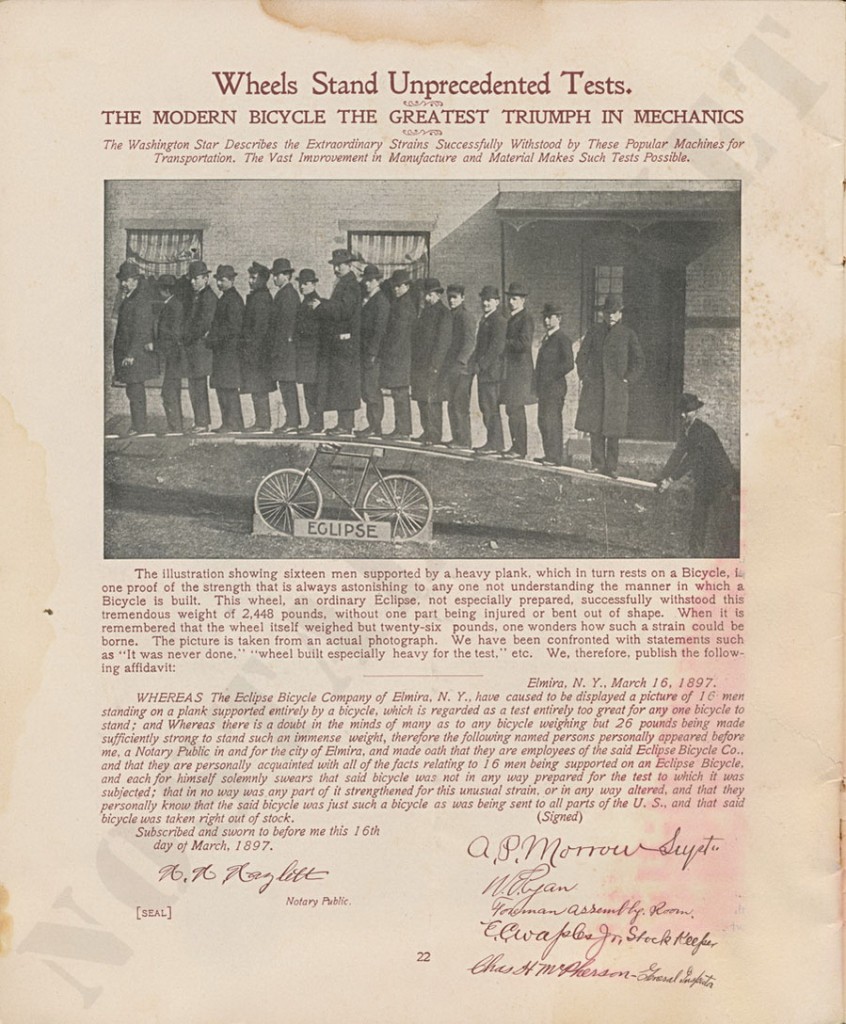 575 pounds on a Cleveland Lozier! 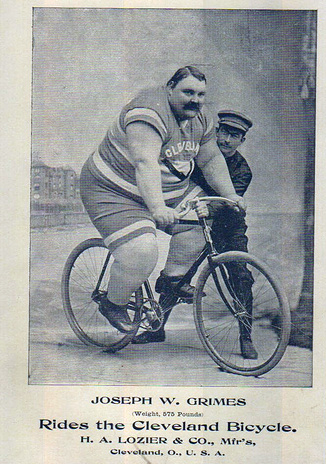 Quarter of a Ton of Human Flesh on a 19-Pound Wheel. Joe W. Grimes, the heaviest bicycle rider in the world, arrived in Willimantic, Conn., from Boston Monday evening and registered at the Hooker Hou&e. Joe weighs over SUO pounds and the genial landlord held up both hands when he saw that mountain of it -h rolling in through the front door. The cook got a glimpse of the human elepliant as he waddled down the corridor and sti-aightway fainted, while the elevator boy ran and hid in the safe. Such alarm was uncalled for. however, for the heavyweight walked to his room and slept in an ordinary bed without its breaking down; and for eating, the hole he made in the hotel's bountiful supply of provender dly perceptible and the writer was assured by the clerks that the story that Mr. Grimes' breakfast consisted of two whole chickens, eight pounds of beefsteak and a gallon of milk was entirely false.

After breakfast next morning the big fellow came out of the hotel and rode d<nvn street on his 20-pound, 74 gear, Cleveland bicycle to the local agency of the Cleveland wheel, where he was weighed, the scales tipping at 535 pounds. After this he held a reception and for several hours a curious crowd surrounded him, and asked him questions which would have been most embarrassing to an ordinary mortal, and felt of the muscles in his legs and arms. These meml>ers were hard as boards and the several physicians who examined them considered this quite wonderful, as generally the muscles of such abnormal development are soft and flabby. One of the doctors told the Willimantic "Chronicle" man that Mr. Grimes was in the best of health as far as he could observe except for a slight cough. Some of the questions addressed to Mr. Grinies and the answers follow: Q.—How tal! are you? A. —Six feet three inches. Q. —What size collar do you wear? A. —Twenty-two and a half. Q. —What are your leg measurements? A. —Forty-two inches at the thigh and a twenty-six calf. Q. —And your waist? A. —Only sixty-three inches. Q. —How old are you? A. —Twenty-eight. Q. —Of course your clothes are made to order? A. —Yes. Q. —Do you travel in your wheeling cost ume? A.—Yes, I wear it nearly all the time. I only carry one other suit with me and that is a dress suit. Q. —When did you first begin to ride a wheel? A.—ln 1892. Q. —Did you ever weigh more than you do now? A. —Yes. Once I weighed 876 pounds, but that was before I took to bicycling. The scorcher left at 11:23 for NewYork. He had to go sideways through the door of the Air Dine car and once inside he occupied two seats. Upon seeing him the conductor made all tIM other pass-en gers sit on the opposite side of the car and gave orders to the engineer to run slowly for fear of a hot box.