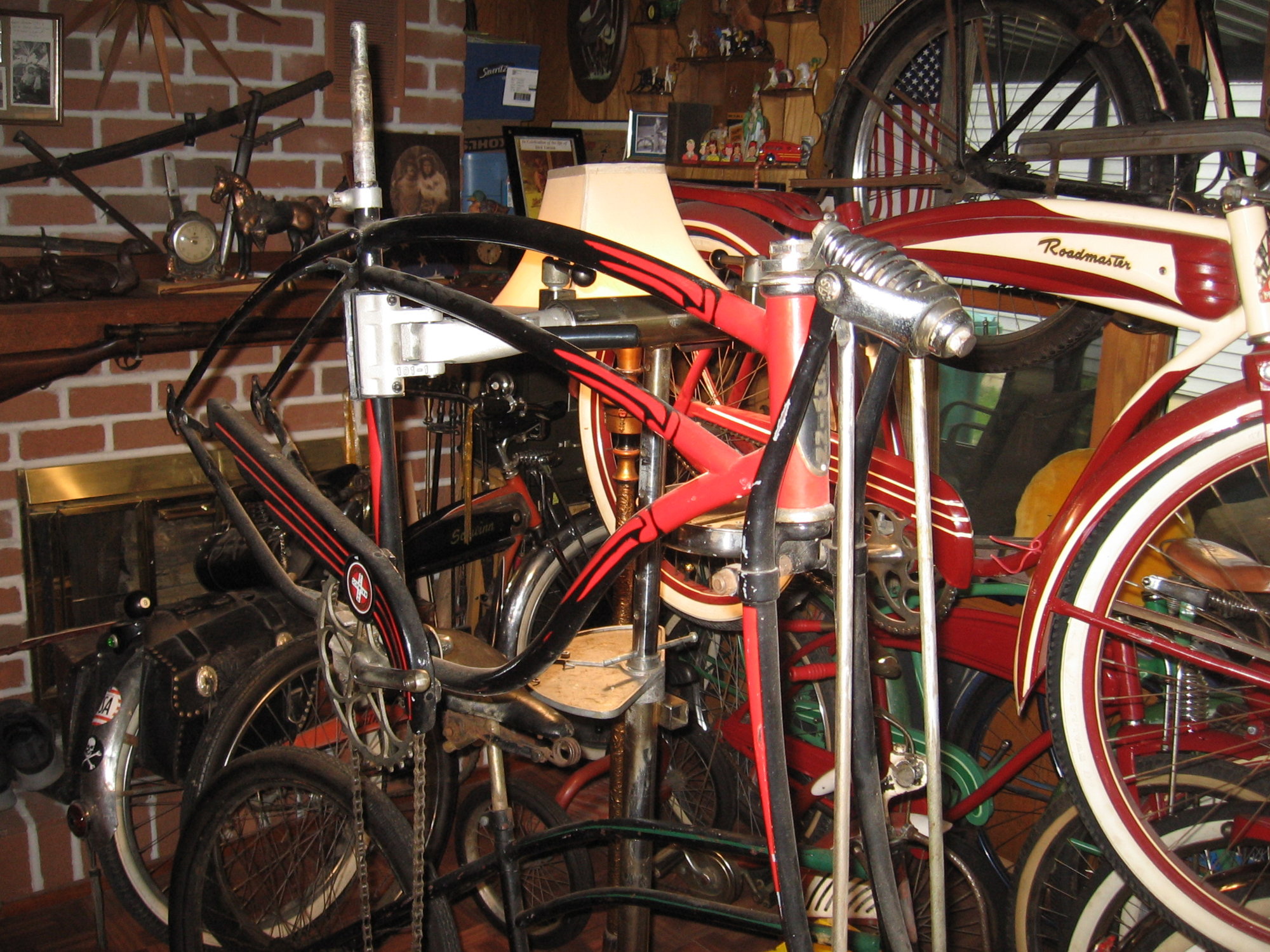 A common bike, with an uncommon bolt-on kickstand. Going to leave it fender-less. Putting some chrome S 2's on it with old black-wall Typhoons. Got this bike on a trade about 18 years back. Re-painted it black and red back then. Got the Schwinn and a 39 Monark on a trade for a human skeleton [minus it's head]. A guy I know dug up the remains of a body and had a perfect skull, but the rest was all busted up and apart. I had a perfect skeleton [a real one] I got from my mother-in-law that the V A hospital was tossing out, minus it's head. It was a match made in heaven. After I put the Schwinn together, the 30's Hawthorne under the stand is next. 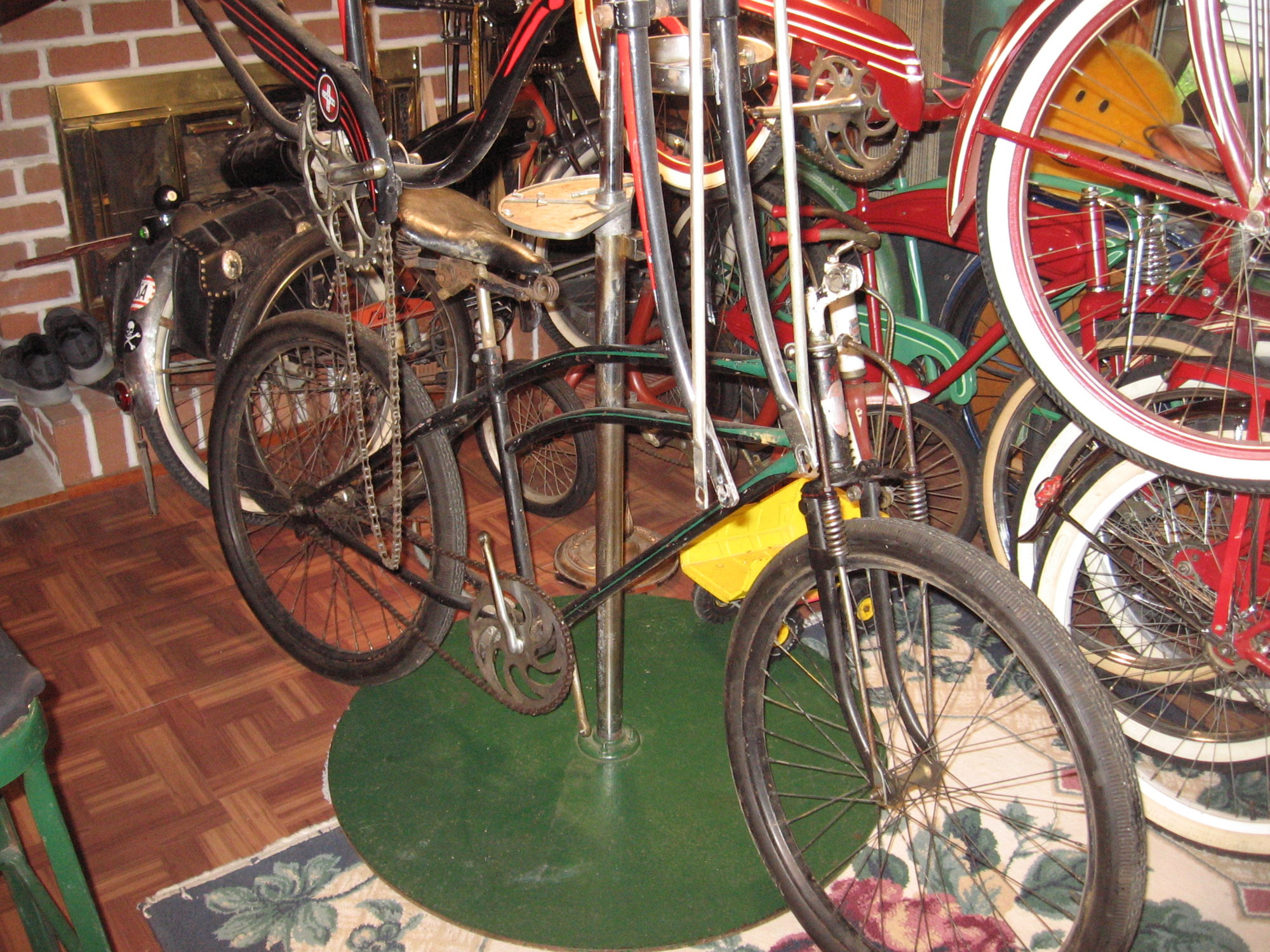 Needs some TLC. Another fender-less rider. Interesting side note on the Schwinn. When I went to pick it up, there was the big Wald basket on the front of it, packed solid with rolled-up newspapers, all from the same day in 1958. My friend said the bike was parked in the back of a hoarder's garage, with the papers packed tight in the basket. When he questioned the guy about the papers, he said, "I used to deliver papers every day when I was a kid with that bike. One day I got pissed off and quit before my daily route. I parked the bike in the back of the garage and there it's sat since that day." My friend bought the bike, papers and all, and kept it that way until the day I bought it. I kept one of the rolled-up news papers, but have since lost it. Jeez, I thought I was nuts. People are crazy, huh? The bike did not have a springer on it when I got it. It had a early Murray fork on it, but the Wald basket had a hole cut in the back of it, like a springer was going through it. I told my buddy, "I bet this bike originally came with a springer on it." He was buying bunch of other junk off this guy and I told him, "When you see him again, ask him if the bike originally had a springer?" The guy told him it did, but he took it off, as it interfered with the papers in the basket." About a year later, I found an old boy's Hornet in the trash, that someone had cut the top-bars and bent them down, making a girl's bike out of the boy's. They actually did a good job of it, welding extension pieces on the tubing. The whole bike was covered in heavy red paint, including all the chrome and it's springer. It was a shame what they did to that boy's Hornet, as the chrome was excellent. That's it's spinger on the 49. Anyway, that's the story for another day of "Covid Madness," in the tinker's shop.

"A match made in heaven." ? It sounds more like a Franken-skeleton. They're only original once, you know. 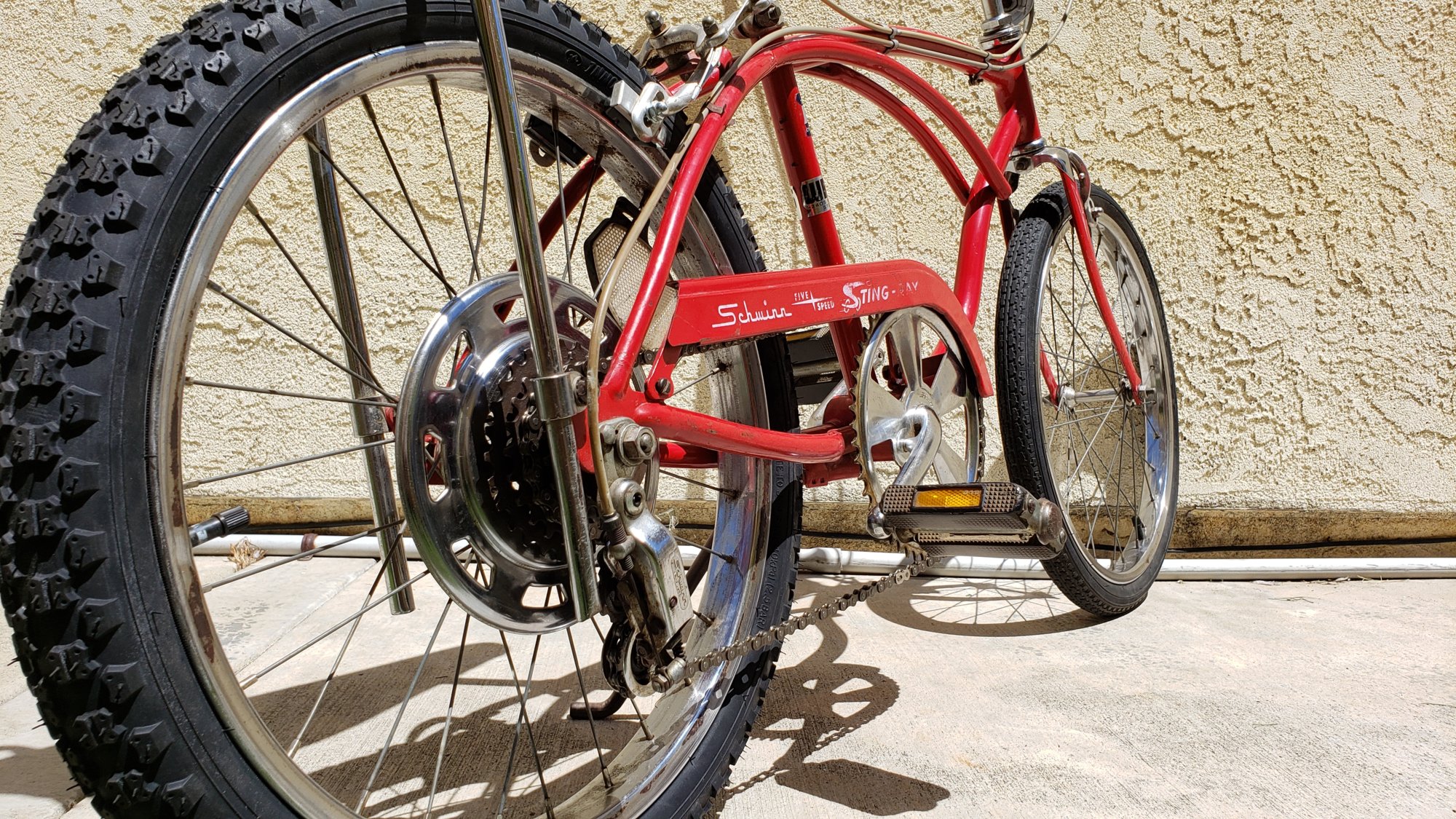