These ads go away when you register for an account!
C

At the ripe age of 23, Mr. Oberlin Smith, a Bridgeton, N.J. man in the year 1864 founded the Ferracute Machine Co. in Bridgeton and quickly became a leading captain of industry. Smith was a genius in his own right and received some 70 U.S. patents for his own inventions. Smith even improved on Edison's sound recording machine by inventing magnetic tape which is the foundation for modern day video and sound recording. Ferracute specialized in the manufacture of heavy presses that produced everything from pots and pans, to parts for Model T Fords, Winchester rifles and intricately small stampings in Kodak cameras. During the bicycle craze of the 1890's, Ferracute manufactured parts and presses for the big names in the bicycle industry like Columbia, Torrington, Western Union Cycle Co. of Chicago etc. Ferracute drawing and deepening presses turned out parts like bicycle chains, lamps, handle bars, pedals, name plates, sprockets, and forming and closing tubing.
I thought I would share a photo from an old Ferracute catalog illustration that shows the intricate process in building crank hangers. While the the entire process looks complicated, it was actually much faster than machining a crank hanger from a solid forging. Each one of these forming steps required a subsequent annealing to keep the metal soft, which otherwise would have ended up brittle and useless.
Ferracute remained in business until 1968. 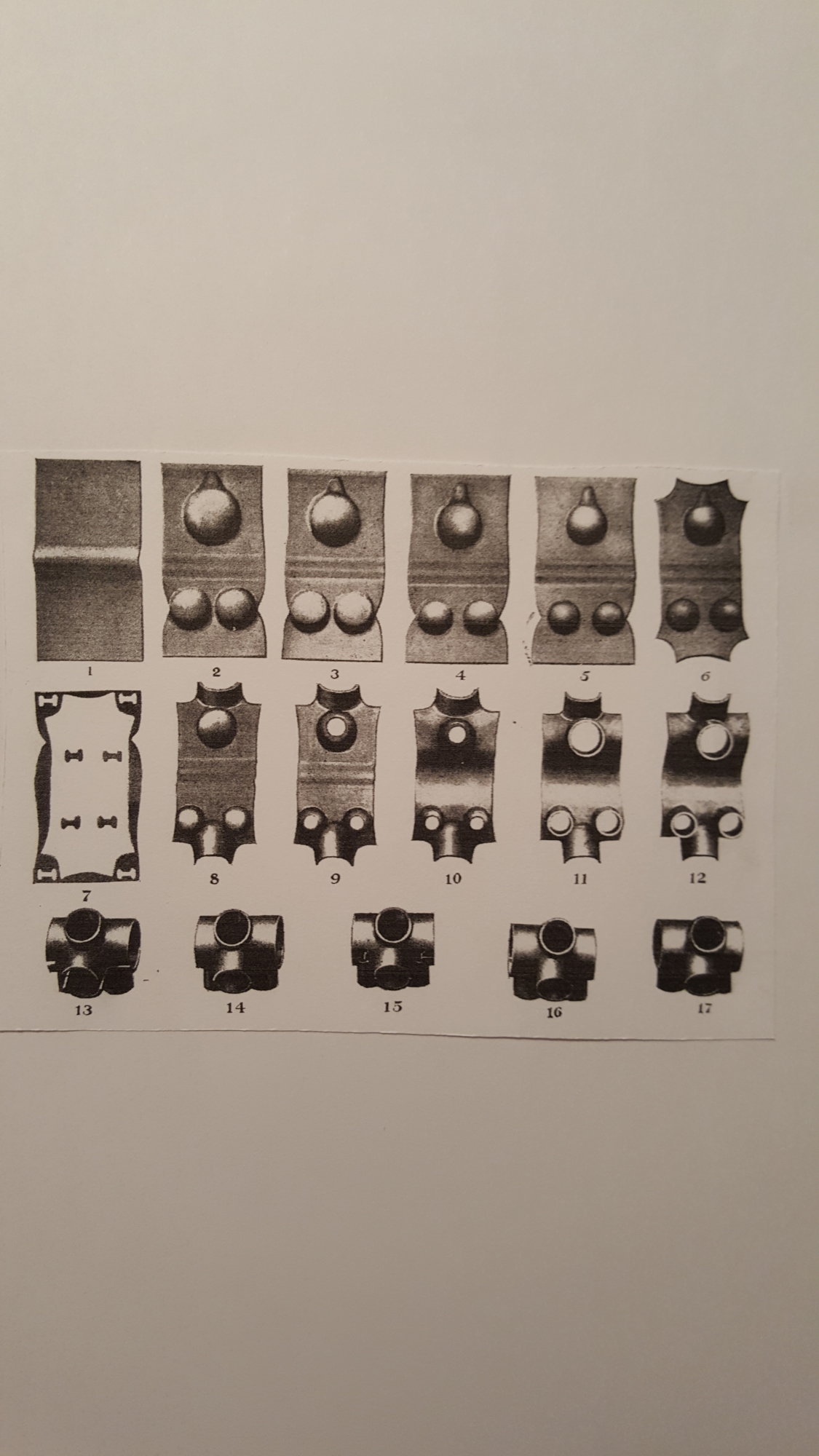