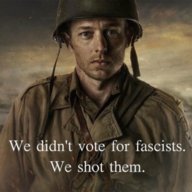 I just picked up a G519 and started restoring it. In another thread, https://thecabe.com/forum/threads/g519-ser-51874.165630/, Serge pointed out that I have a Columbia dogleg crank on the bike and it should be straight. I did a little research on Huffman cranks and believe that they used a dog leg crank pre war. I am unsure of the markings used by Huffman. Here is a picture of the markings on the crank. Is 35 a year date? Did Huffman use older instock parts on new bikes?? 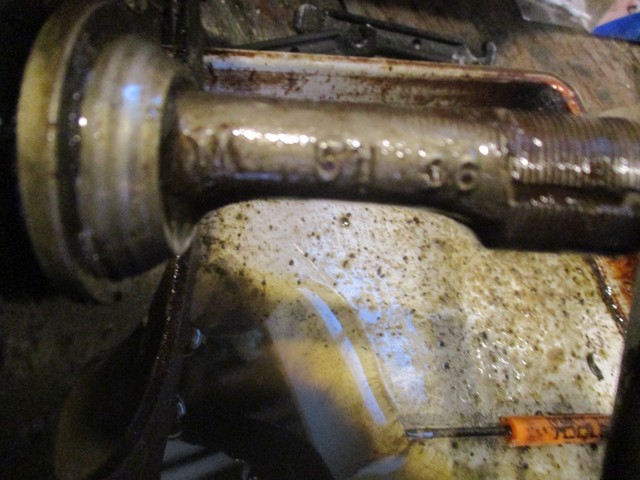 I will get a clearer photo but this one is marked 51 36. Is this pretty consistent with Huffman marks or Columbia ? Thanks for looking!

Yours is not the first Huffman I have seen with Westfield style crank.
I would keep it on the bike as it is part of its history, WW2 correct and could have installed during its use to replace broken parts
Reactions: blackcat

Thanks for the quick reply. Do the markings tell us anything about the crank? Year date? Is the early Huffman dogleg crank considered a Westfield crank? I could see where it could be a period replacement as the pedals are later too. In this restoration I am torn between restoring it to it's issue look or leaving it in the modified style that it is.

Here are 2 other shots of the markings on the crank. Are these typical Columbia crank markings for the period or maybe early Huffman marking from an older civilian model?? Schwinn was notorious for using older parts on a new run of bikes. Could Huffman have done the same?? 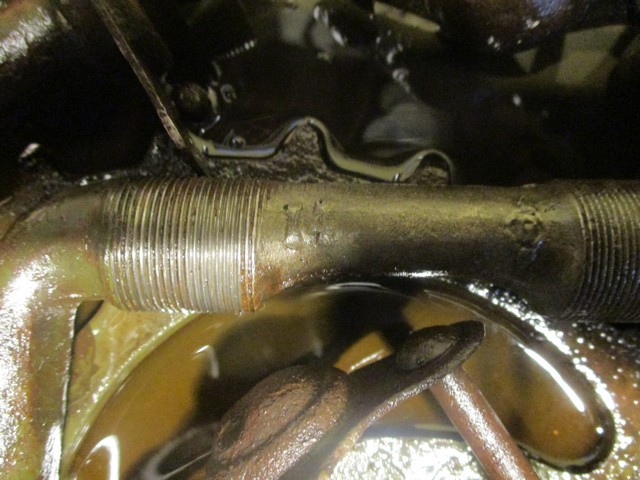 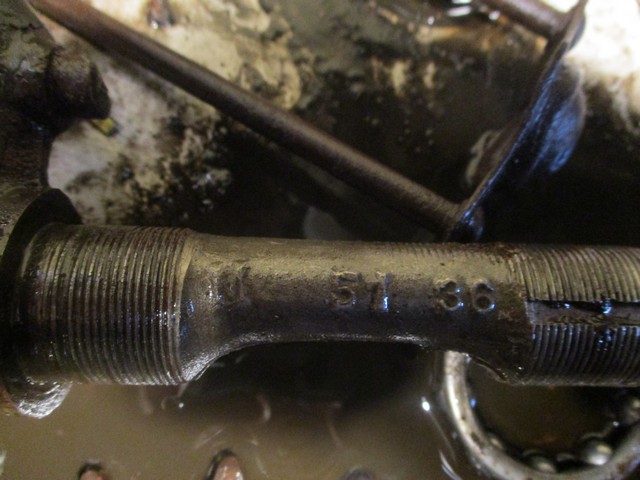 When I found Huffman D50546 the crank was missing but I fitted the set shown below which are or at least look period correct for the bike.
Correct type crank, chain wheel and Torrington #8 pedals with rubber blocks. 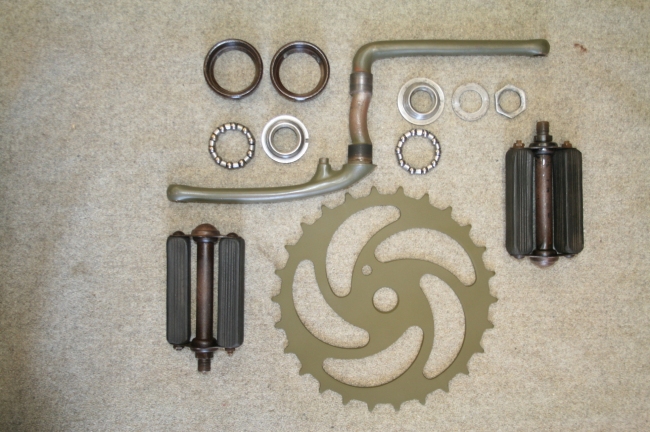 Crank is marked 1A followed by what I believe 36 (not really clear) and HM CO on the other side which could mean Huffman Manufacturing Company. 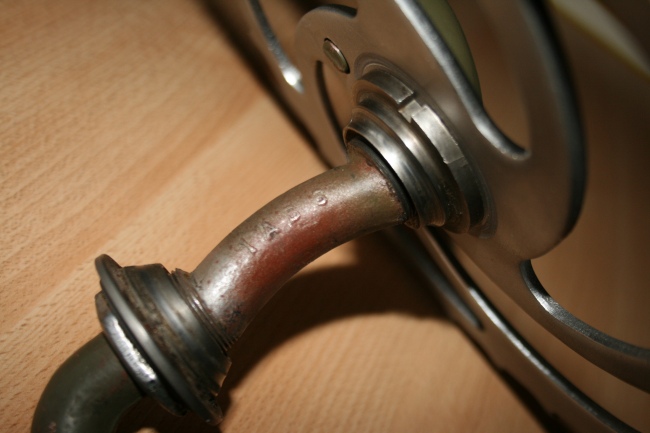 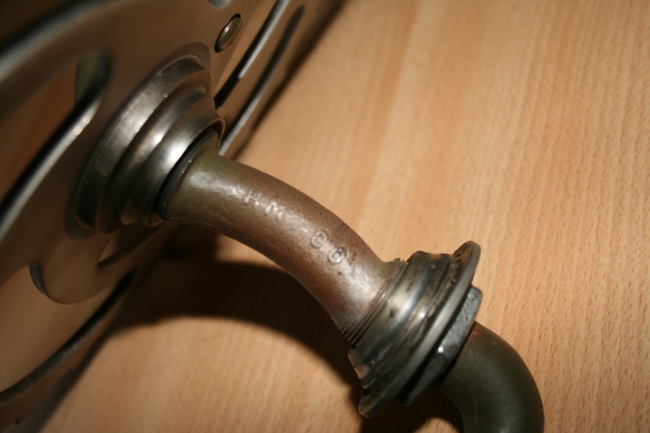 This is the dogleg crank that came on my 1943 MG138969 Columbia.
Sorry the marking isn't very clear, but photo was taken in pre-digital times and scanned... 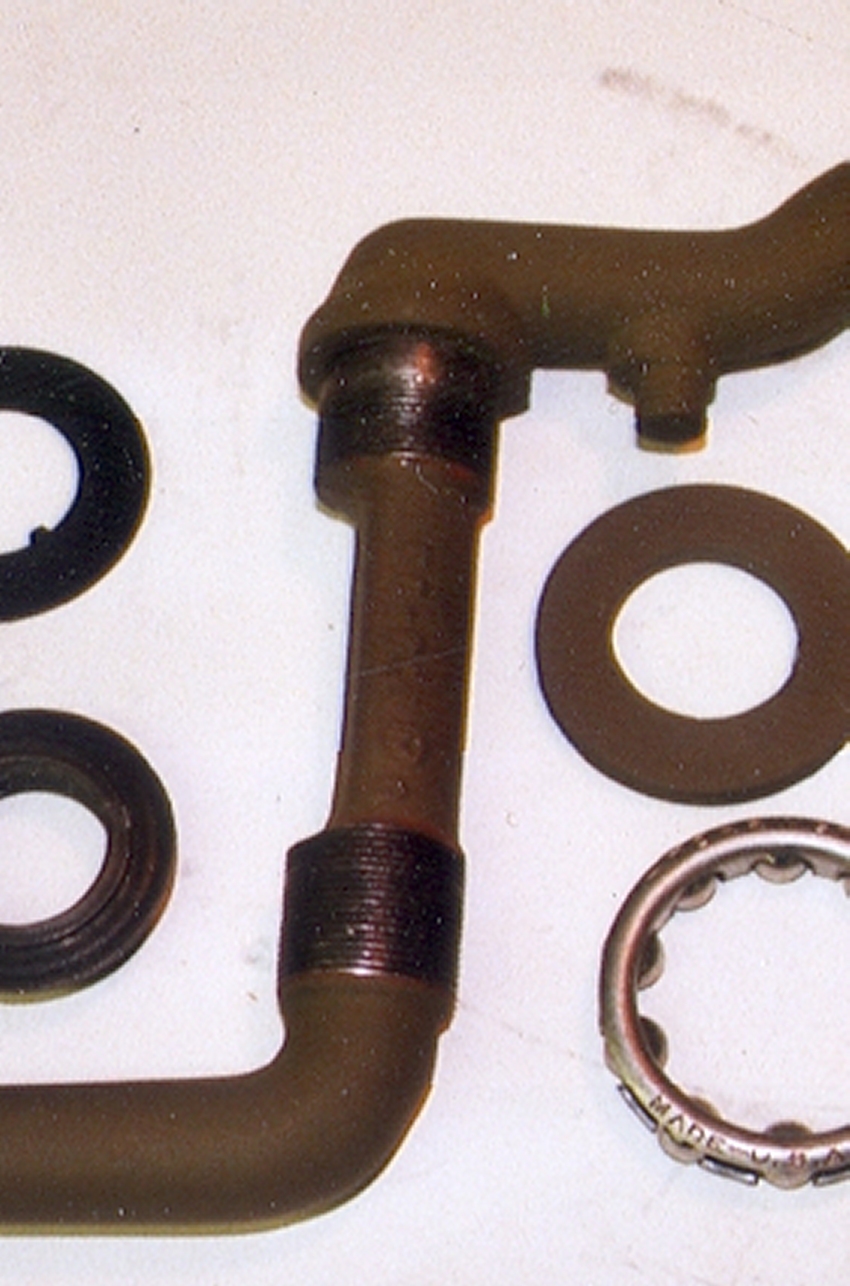 If I were restoring this bike, I would keep as much Original finish and parts as possible, including possible period correct replacement parts...
Just replace what isn't serviceable anymore, and get proper moving parts so you can ride it.... ( bearings, pedals etc...)
That is what I did with my 1942 Huffman and it is a great conversation piece.... They're only Original once...

johan willaert said:
If I were restoring this bike, I would keep as much Original finish and parts as possible, including possible period correct replacement parts...
Just replace what isn't serviceable anymore, and get proper moving parts so you can ride it.... ( bearings, pedals etc...)
That is what I did with my 1942 Huffman and it is a great conversation piece.... They're only Original once...

Hello Johan and all,

I want to keep my bike in the original configuration as it came but I have major considerations to take. The bike has been painted at least twice in an OD since the original paint job. The last time appeared to be a glossy spray can job.There are some major rust issues as it had been stored out side for some time. The frame has a spot that needs attention, the fenders need to be rolled and ends straightened, the truss rods rusted out on the axel, the rear wheel need to be replaced. It will be long drawn out project to make the correction and find the NOS parts. I have to find the balance when restoring and stabilizing the bike of keeping original paint or restoring to factory condition. I have no history of the bike ,as most don't either, so I do not know when the modifications were made and by whom. I want to insure the integrity of the bike is not compromised by a half done restore stabilization project just to keep some paint. I have a light coming, I will get the seat rebuilt, I have new tires coming. All of these items will be in mint condition compared to the repainted frame and fenders. This will be a hard decision on which way to go on the restore. I am trying to get as much information on the original configuration as possible and to see if the crank was actually a period replacement. I have a lot to weigh before I go forward with this project. Thank you, thank you, thank you for all of the information and insight you are giving me. I have many more questions!!

Fred,
Only you can decide which way you want to go in restoring this bike! So my opinion is just that my opinion. If the bike were mine to restore this is the way I would most likely go based on what I can see from your pics. Since I do ride my bikes on occasion I would want to be certain that all the mechanics are correct, in shape and lubricated. I would take all the mechanical parts apart, to include rear morrow brake assembly, front hub assembly, bottom bracket assembly , head assembly and pedals, making sure that all the internal bits and pieces are cleaned, not overly worn, lubricated and replaced. Check Eclipse rear hub and internal parts for tiny date codes that can confirm whether replacement parts were installed at a later time.

I would only replace parts on the bike that were either missing, worn or corroded beyond repair being certain to document what was added or replaced. I would keep any parts that for what ever reason were replaced.

I personally never completely repaint a military bike unless it had been repainted at some point with a non military color. If it had been repainted in non military color over the original OD, I only remove peeling paint and lightly sand down chips and rough areas enough to accept my new OD paint. In that way I cover over the non military finish and at the same time save the history of the original finish underneath. Since your bike has been painted with 3 different layers of OD, I would leave it as is. I would remove the surface oil and lightly clean off any dirt and grease on the painted surface. I would not be concerned about the glossy top layer of OD as that could, from what I can tell from the pics, have been put on in the latter 40's or 50's when a semi- gloss OD was used by the military. So it appears from the pics that you have 3 different layers of military OD paint, of which the 1st layer is probably the original. I just would not mess with that! But, of course that is my opinion, and the bike is not mine to restore it is yours. Good luck with the restoration.

Regards,
Bill
Reactions: Whitey1736
This ad goes away when you register for an account!

Thank you for your great opinions. This is truly the things that I need to hear!!