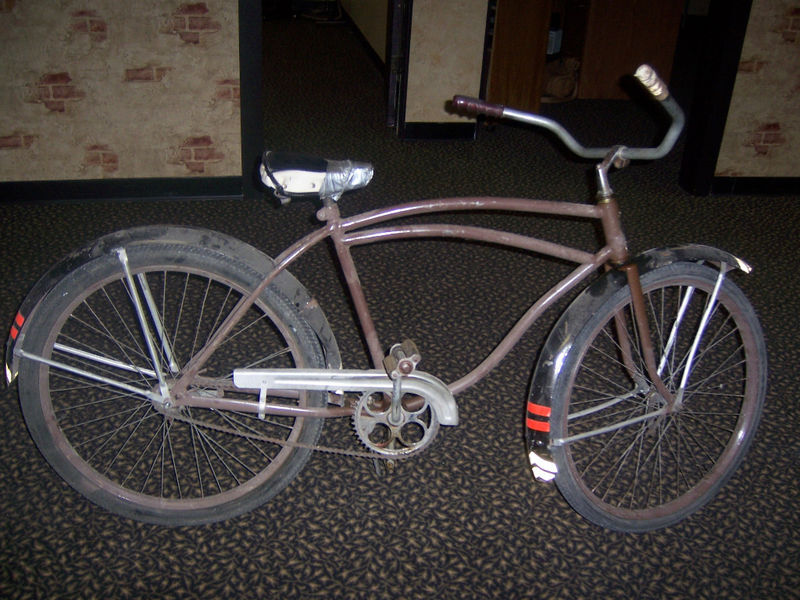 I have one of these also. At first glance they look to be newer than the straight bar CWC Hiawathas w/ the Indian head badge. On the contrary they're older by several years (about 1940, Shelby built) and use the less attractive badge w/ the train on it.
I don't know what the Hiawatha model was called. Shelby used the name "Flying Cloud" on a few frame designs from the era, this was one of them. I haven't come across a Gambles catalog of the late 30's/early 40's to actually see this bike complete and original. I have seen several complete and original Shelbys in this design but have yet to come across a Hiawatha like yours in nice original shape, mine's practically a rat rod.

Caveat, again, I've been wrong a lot lately. Hell, it's probably CWC built like everything else.

I have a Hiawatha frame very similar to that one, with a Shock Ease fork: 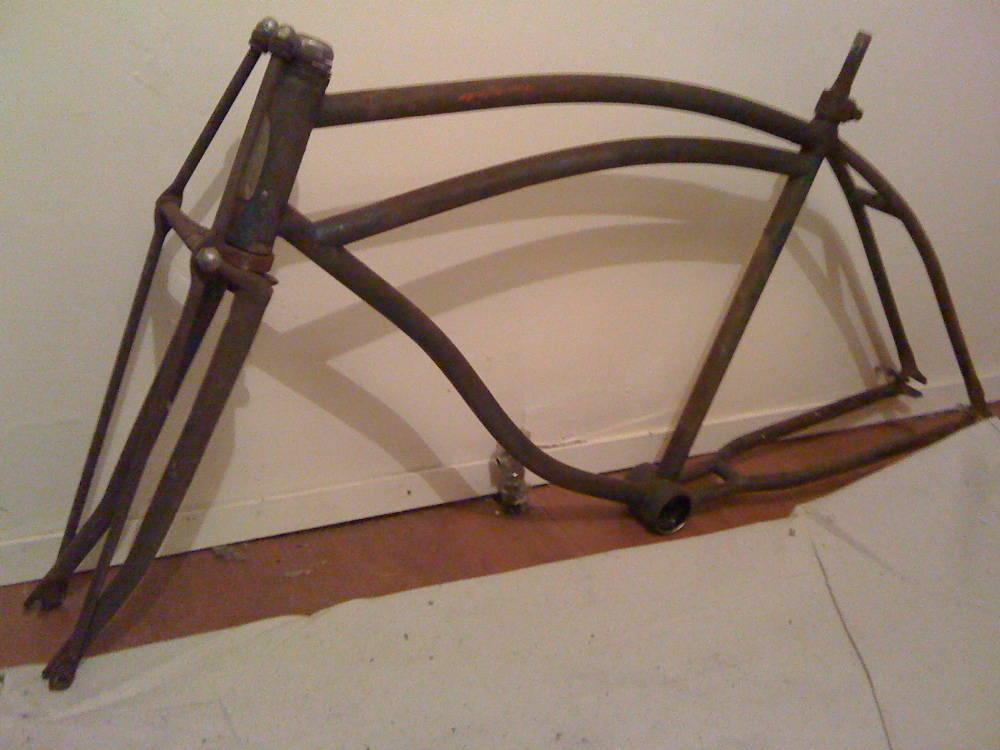 As you can see, it has the Indian head badge. Any pictures of a complete bike would be very helpful, because I'm having no luck, myself.
Last edited: Nov 17, 2011 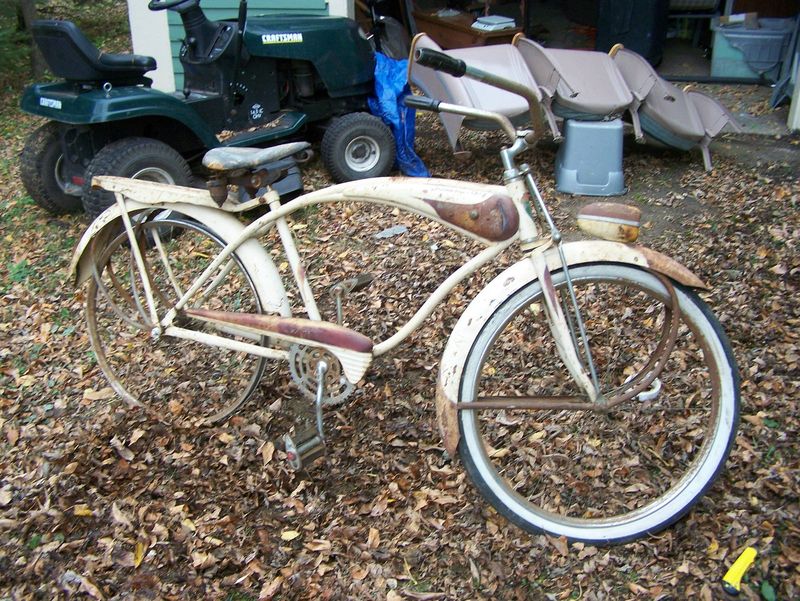 This One sold on ebay recently--it had the Shok-ease fork--but the frame looks different. the shelby Flying Cloud" was the same bike. the one I asked about has forward facing dropouts.

I bought that one

I am the purchaser of that hiawatha. I think those shockease forks are great. That is my third one. Maybe someone can tell me if I can call that one a "super Chief" or not. I am not sure what you could call your bike. I have seen some people refer to the correct tank for those frames as "cadillac" tanks, but I am not convinced this is correct. I have pics in my gallery of the other two. They are rear facing dropouts and I am uncertain of the years. My guess is 41 or 48 on both. The black and red one is original parts except the bars and taillight, in my opinion.
You must log in or register to reply here.
Share:
Facebook Twitter Reddit Pinterest Tumblr WhatsApp Email Share Link
Top