I recently bought a Hercules Ladies Bicycle & after countless hours of research I'm still coming up pretty blank on any info. I think it might be a 1930's bike, it has 22" frame, 25" diameter rims (not inlc tires), a PERRY back pedal rear brake & Rod Actuated front brake but unlike any I can see online. The leather seat has 'Lycett 26' on the side & the only identifying number I could find is on the seat tube which is TC 2329.
Any help identifying this for me would be greatly appreciated as I plan to do a sympathetic restoration as a surprise for my wifes birthday. 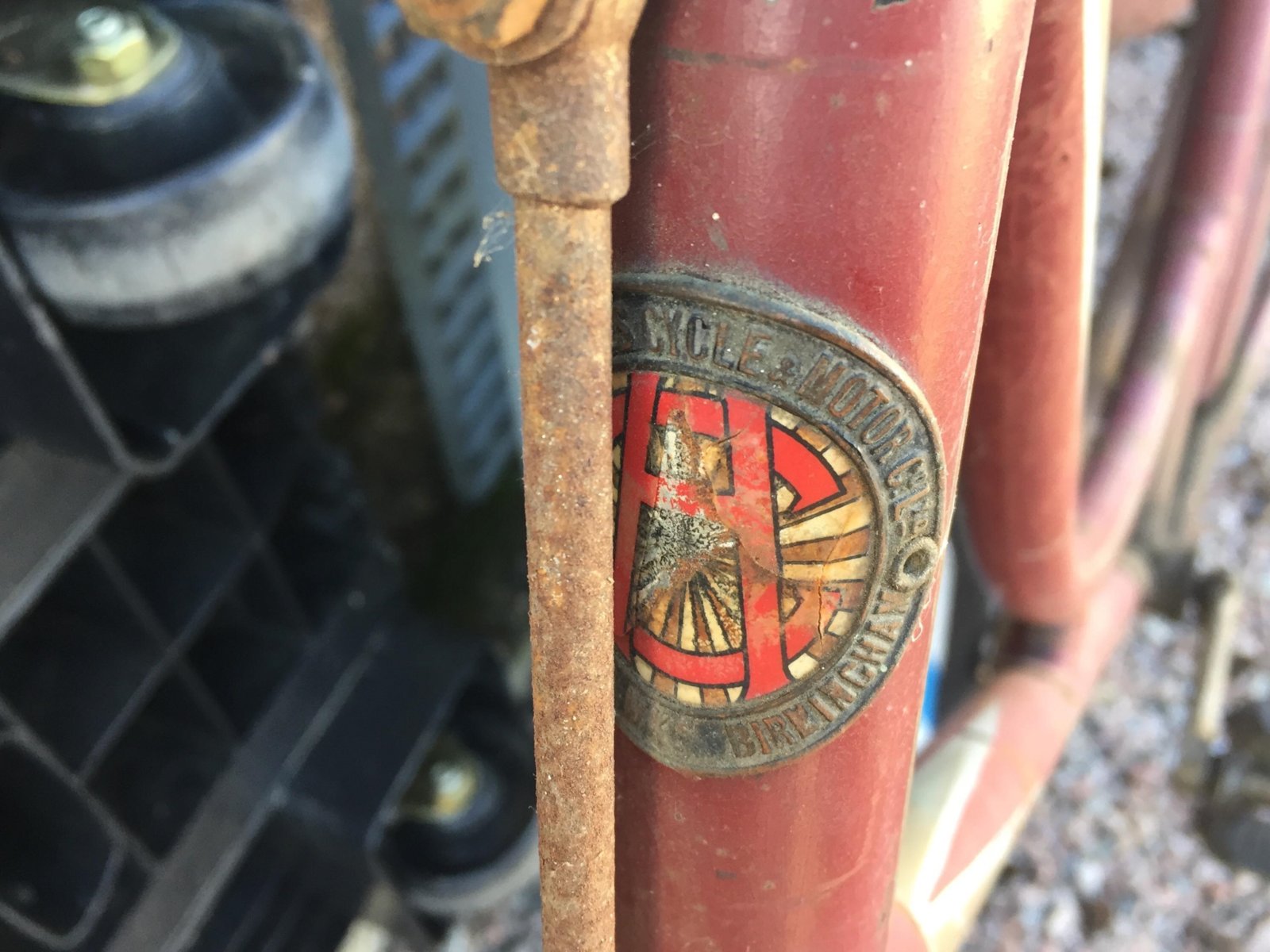 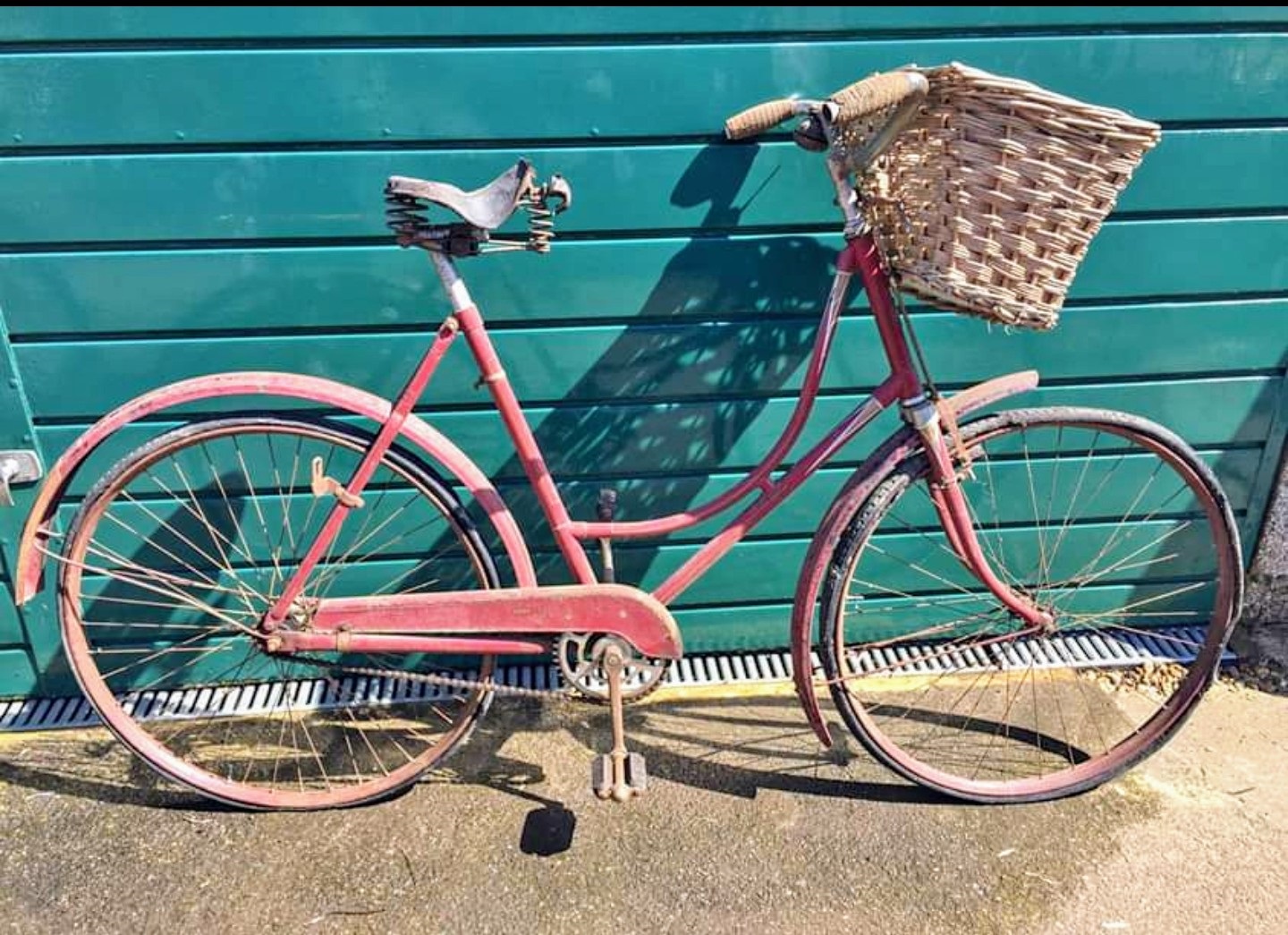 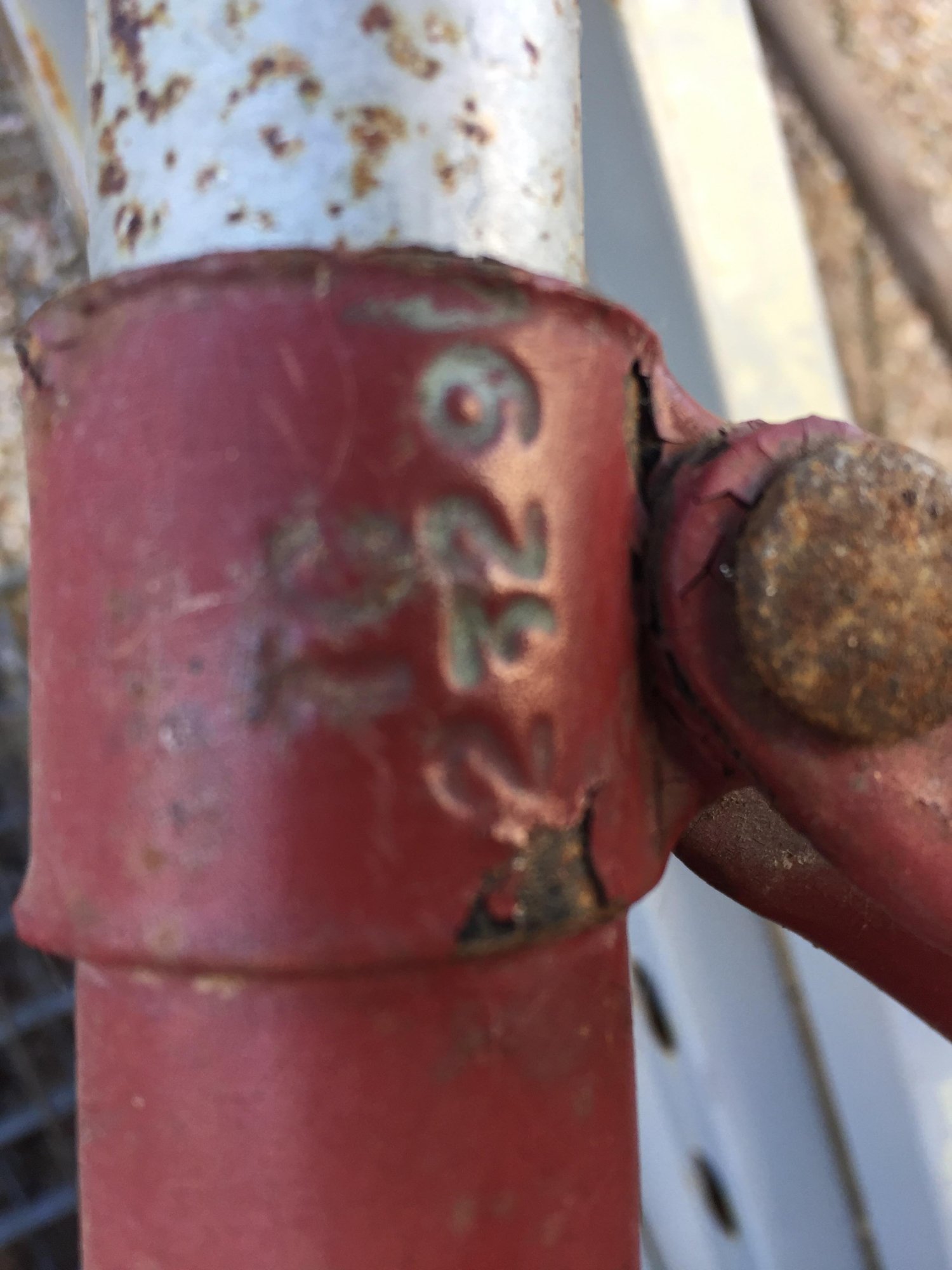 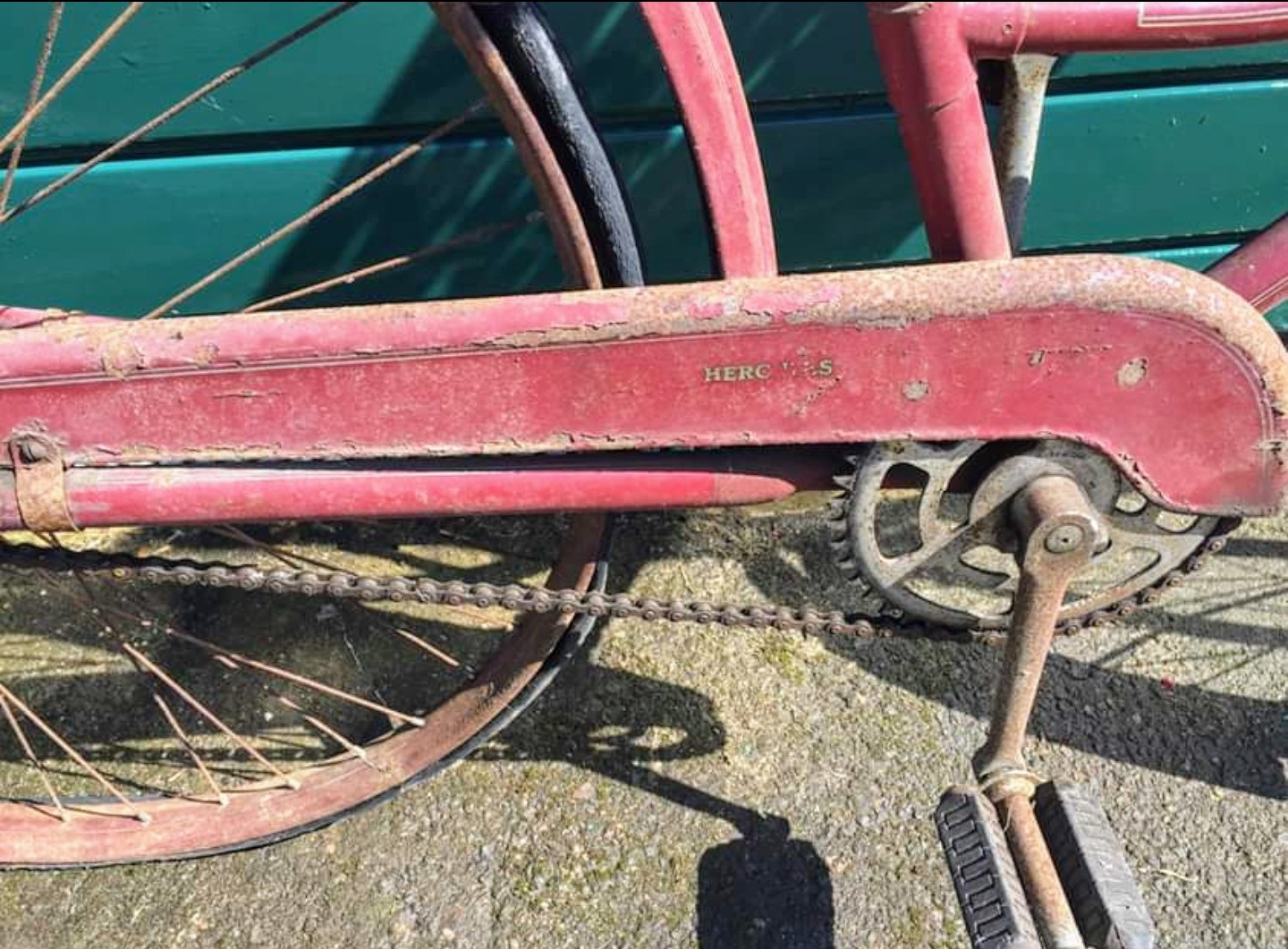 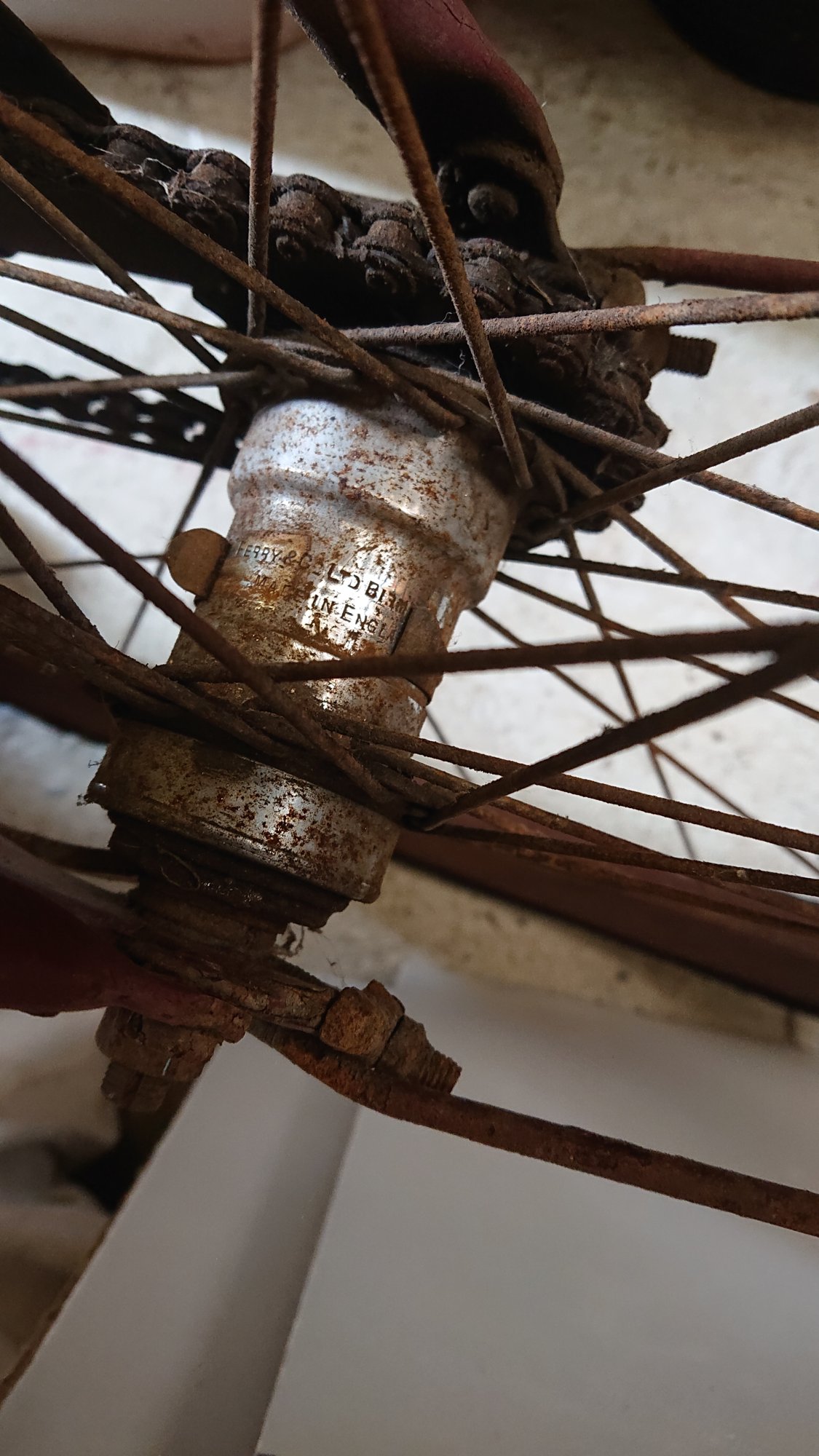 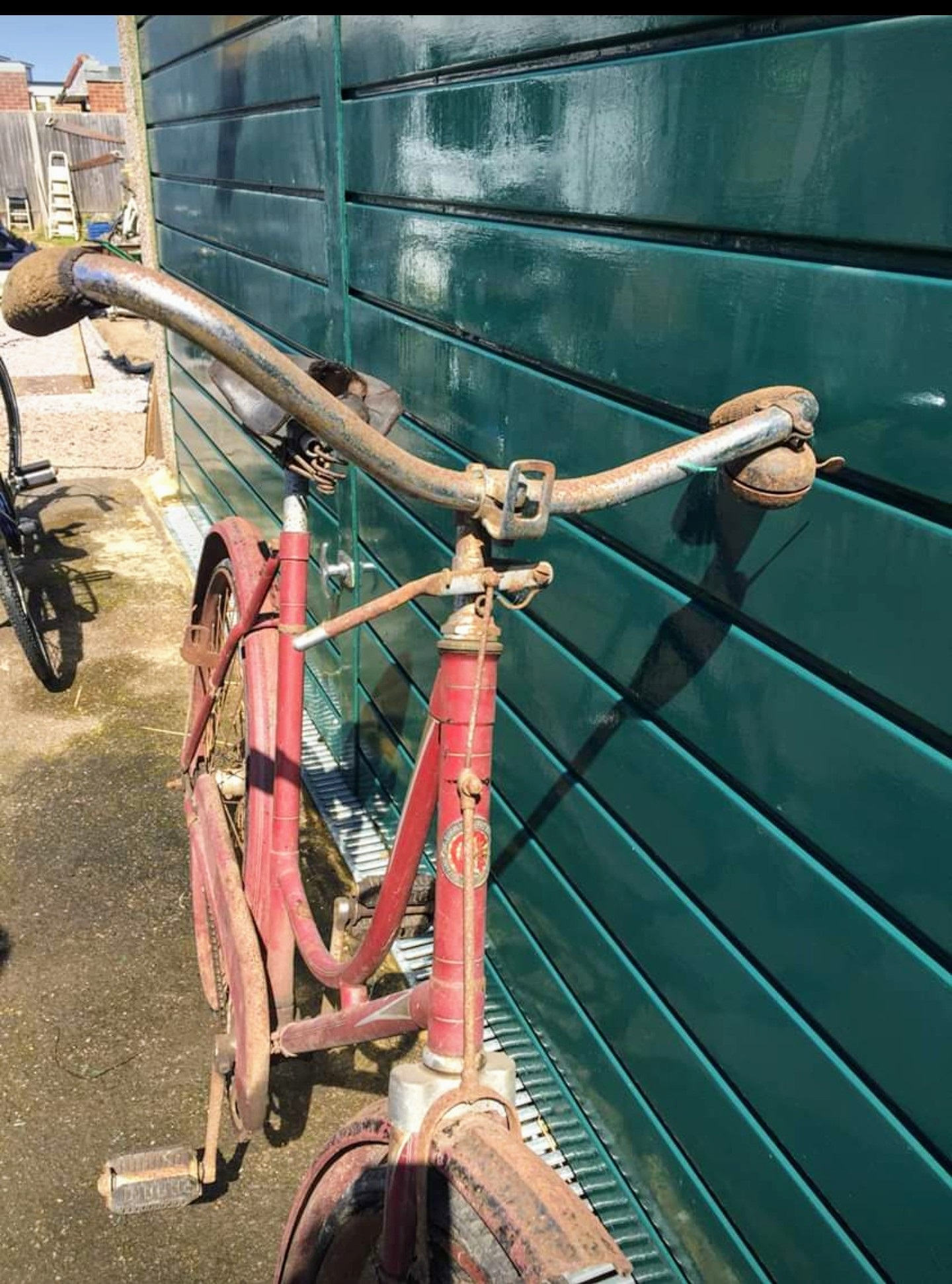 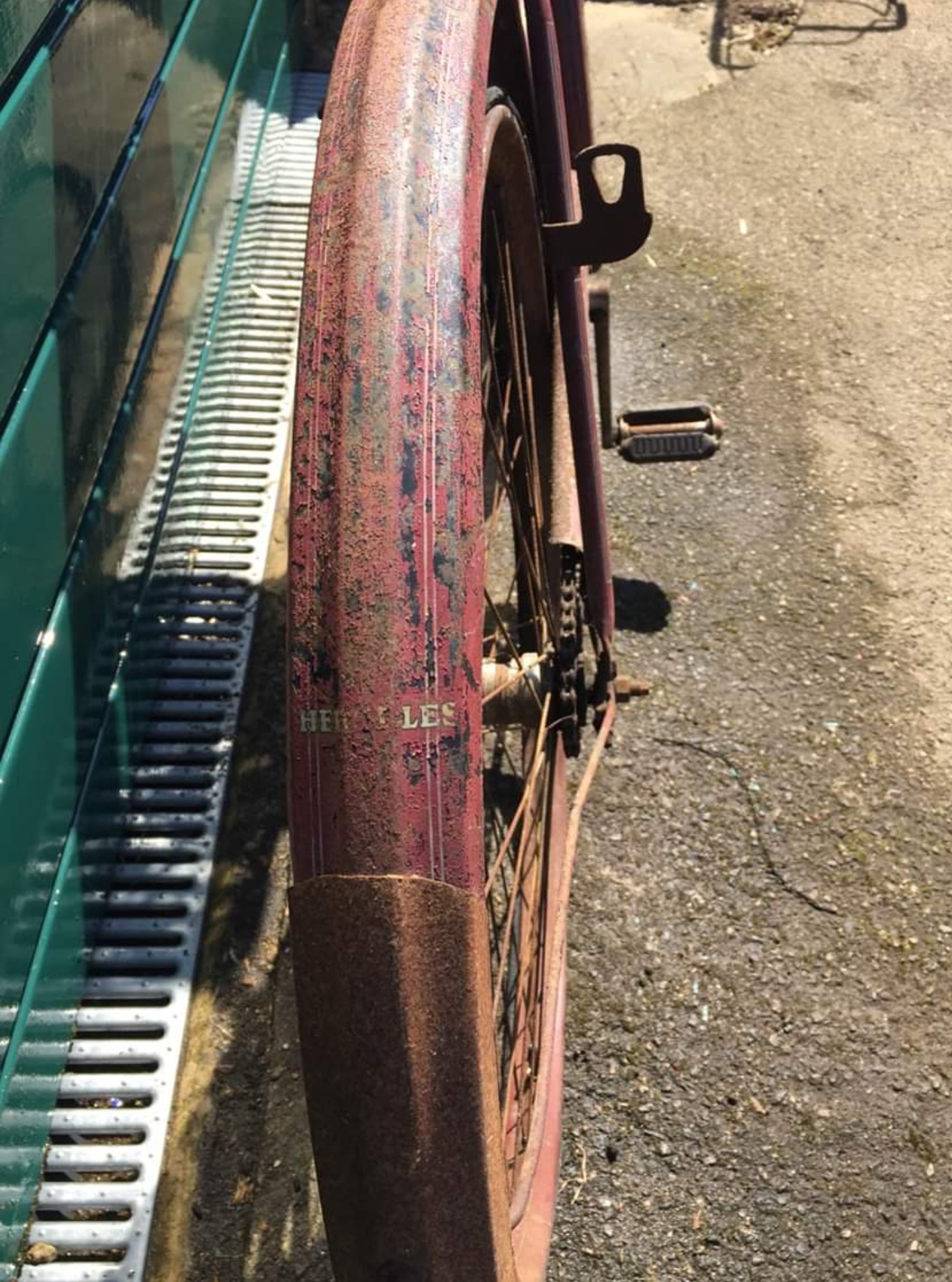 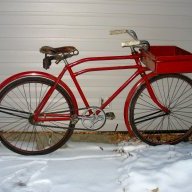 Try these guys if you have the serial number
L

wonder if Perry hubs bear a date, or a date code or date symbol ?

I think there are markings and the model number on the brake arm will give you a rough idea .
I dig the tail light mount I have one similar but for the front fork .
Hard to tell the age with Hercules bikes as they held on to those rod brakes for a long time and the styles really didn't change much.
I'm no expert but had one so have been through this only reason I new mine was a 1930s was I got it from the son of the original owner .
Cool pinstripes wish I still had it. 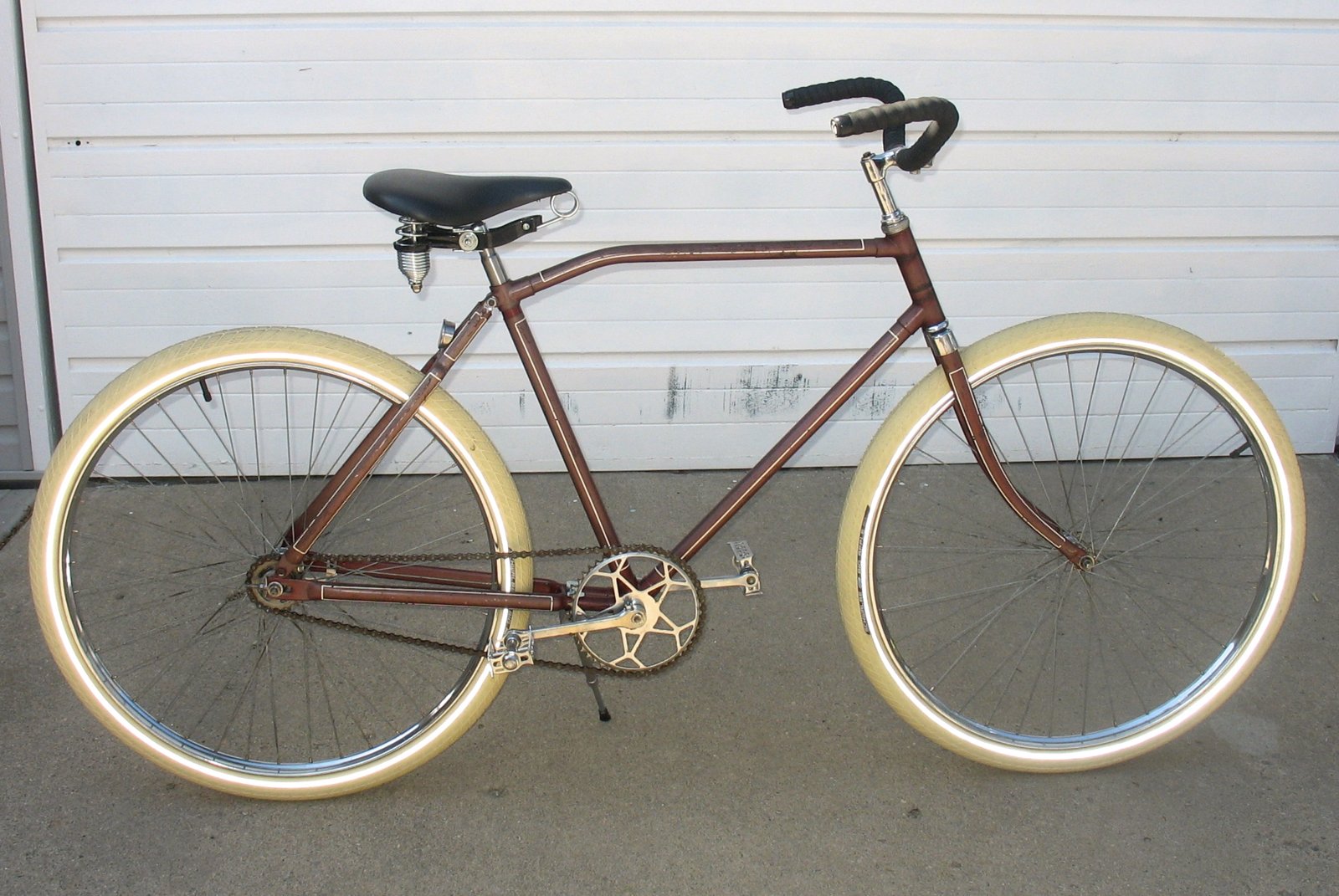 The "TC 2329" is the serial number, but nobody's been able to figure out the system that Hercules used, at least that I know of. The one thing I've heard is that the round head badge was last used in 1949, then it was replaced by the shield style, which seems to fit with what the catalogs show. The "darts" in your paint were used by various Hercules models post-war, whether they were used pre-war is beyond me. The best source for information is the Veteran-Cycle Club based in England, who have a large selection of Hercules catalogs on-line, but you need a membership before you can access their library.
But I've downloaded the 1939 catalog, and this bike is a good match to yours, down to the basket! But I don't know how many years this was built.
I'll tag some other members who might be interested, @dnc1, @SirMike1983, @fat tire trader, @bikerbluz, @bulldog1935, @3-speeder, @1951 C.W.S .
There are more Hercules posted on this site, mostly in the "Vintage Lightweights" forum. Welcome to the club! 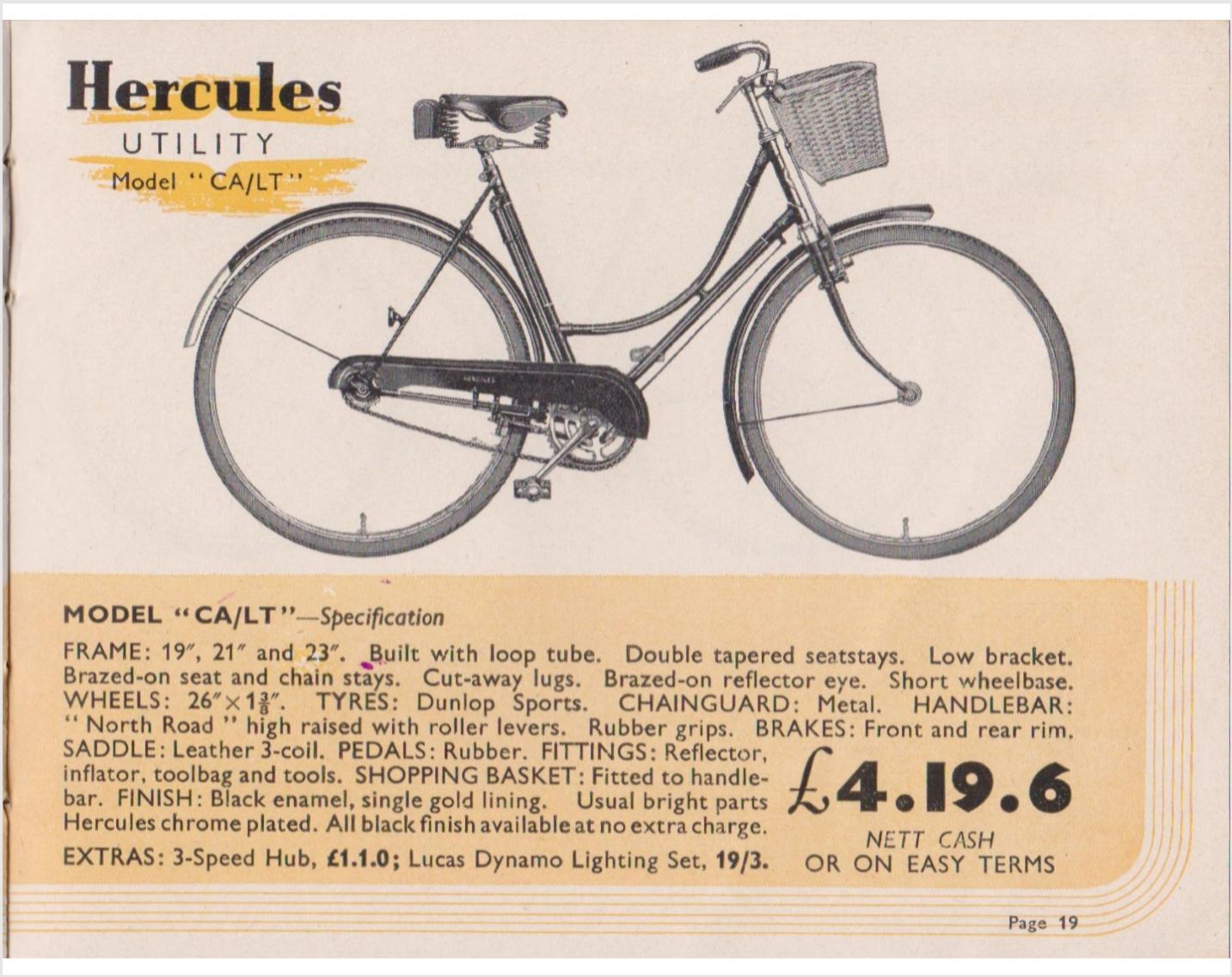 Oilit - Thank you, that certainly is a very good match. The front brakes on that pic look like the standard 2 lever handle bar mounted ones whereas mine are actually a single lever mounted on the stem of the bars. I wonder if this was a variant for export models or something? I have been on the Cycle UK forum & someone there checked the V-CC site but didn't come up with anything more really.
Thank you to everyone else's info as well, I will keep researching & update this if I find anything more.

Nb. I did find this site with some bikes & catalogues if anyone was interested? https://herculesmuseum.wordpress.com/
Last edited: Jun 18, 2020
Reactions: Oilit

I noticed that about your bike, and also that it has rod brakes on the front and a coaster brake on the rear. The bikes I've seen usually have rod brakes on both wheels, but there could have been a difference between the single speed and three speed options. Hopefully some of the regulars on here may have an idea.

A few more more who may want to see this (if they haven't already). @usarnie1 @rennfaron @wrongway @RidgeWalker @Eatontkd
Last edited: Jun 25, 2020
Reactions: rennfaron and wrongway 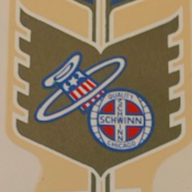 Really like that head badge. I don't know much about these bikes, but it reminds me of this post. Sounds like @usarnie1 needs to take a peek at it.

I have had this bike for over a year now. It is by far my favorite bicycle. Over the past year I have seen two other 1953 Herculels Tourist QE II Coronation Celebration bikes posted on The CABE. So, it is not as rare as I thought it was. It is a fun bike to ride and creates a lot of...