How to Paint Stripes on Wood Rims with Zero Skills 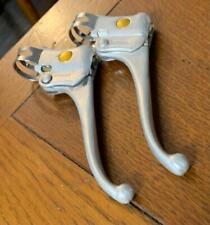 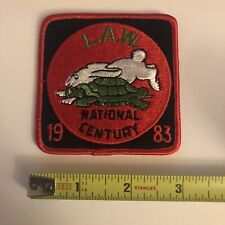 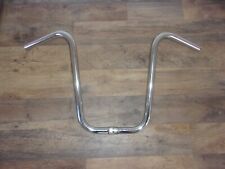 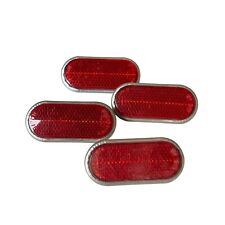 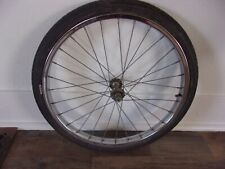 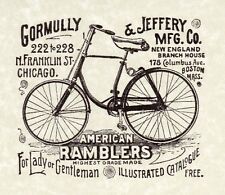 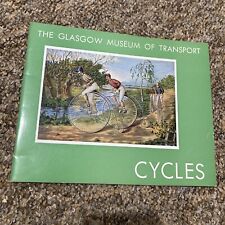 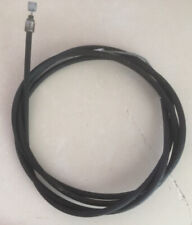 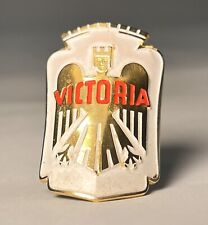 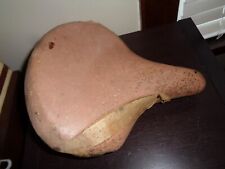 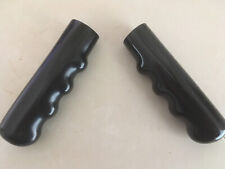 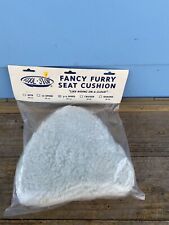 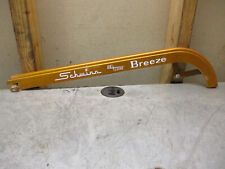 I just found this here and hope anytone can help me do the correct colors on my project?

Brian R. said:
Most restored or new wood rims are finished as plain wood with varnish. They look great but I feel that something has been lost in the process. Back in the day, bikes could be ordered with all kinds of fancy stripes painted under the varnish. Here are two pages from the 1918 CCM catalogue showing some of the frame colour options and the painted rims that went with them:

Here is a similar colour page from the 1922 Hyslop Catalogue (Toronto) showing rim striping done for them by an American supplier:
View attachment 436541

Let's be clear that I have zero talent for painting pinstripes. In my opinion, pinstripers are up there with the Greek Gods for their magical ability to do something that no ordinary human is capable of. So, today I tried an experiment to see if I could pull off replicating one of the above styles of rims. I wanted to test my theory that I could put the wonders of electrical tape to use in place of masking tape. Why electrical tape? - because it's very pliable and forgiving and is capable of hugging curves in 3 dimensions, and so it's perfect for applying to wood rims, curved as they are. Also, it occurred to me that the glue on electrical tape could be perfect for this, because it's strong but also easily removable. Here is what you need:

I've chosen to paint style 72 from the 1918 CCM catalogue (top right corner of page). I chose it because it will work on a black bike or a maroon bike, and because the center red stripe is about the width of a strip of electrical tape - happy coincidence!

First, using a single strip of electrical tape (one for each side) for the whole circumference of the rim, mask off the outer edges of both sides of the rim. Take your time and carefully ensure the tape precisely follows the curvature of the rim. You can leave the other side of the tape hanging in the air for now if you wish. When you've gone all the way around, press down the other side of the tape so all of it is sticking to the rim around the entire length. Then run a third strip of tape down the middle of the rim, again carefully making sure it's lined up and centered perfectly.
View attachment 436554

Paint the exposed sections of wood in matte black. After trying and failing to paint the gold pinstripe along the edges, I gave up at half way around, sanded it off, reapplied the black, and went back to the art supply store to buy a gold paint pen. The colour was wrong anyway. I was suckered in by the name "antique gold" but it's too yellowish. The paint pen works wonders!:

I had never used electrical tape in place of masking tape before so I had no idea of it's ability to prevent leaking of paint under the tape. Eureka, it works!:

View attachment 436580 View attachment 436581
I was tempted to leave the rims as they were at this point, but since it's an experiment I decided to see it through to the end. Another thing I didn't know, was whether the glue on the electrical tape would peel off the newly applied paint. I decided to try though, having learned from my above mentioned failure at pinstriping that I cannot paint stripes without help from tape. The paint is called Deep Burgundy. I was a little concerned when it went on as lipstick red, but it dried into a nice burgundy colour like the original:

Success! ...It's not perfect, but as close to perfect as I can get it. with my non-existent painting skills.


If you give it a try, or have had success with other methods in the past, feel free to post your pics!
cheers,
-Brian R.
Click to expand...


Nice work, I absolutely Love your DIY mentality.
Here is a decent video I'd like to share since you asked.
When I lay down stripes on a bicycle rim or tires, I utilize a stripping brush while the rim is spinning very slowing in a true stand, or fork blade stand.
Same concept here but utilizing a Beugler tool.
I prefer brushes over Beugler tool because the paint coming off a brush is more consistent, precise, and predictable as you pallet the bristles with paint more or less as needed.
I made an axle Mahl-Stick out of bicycle kickstand/ back scratcher to assist my hand. 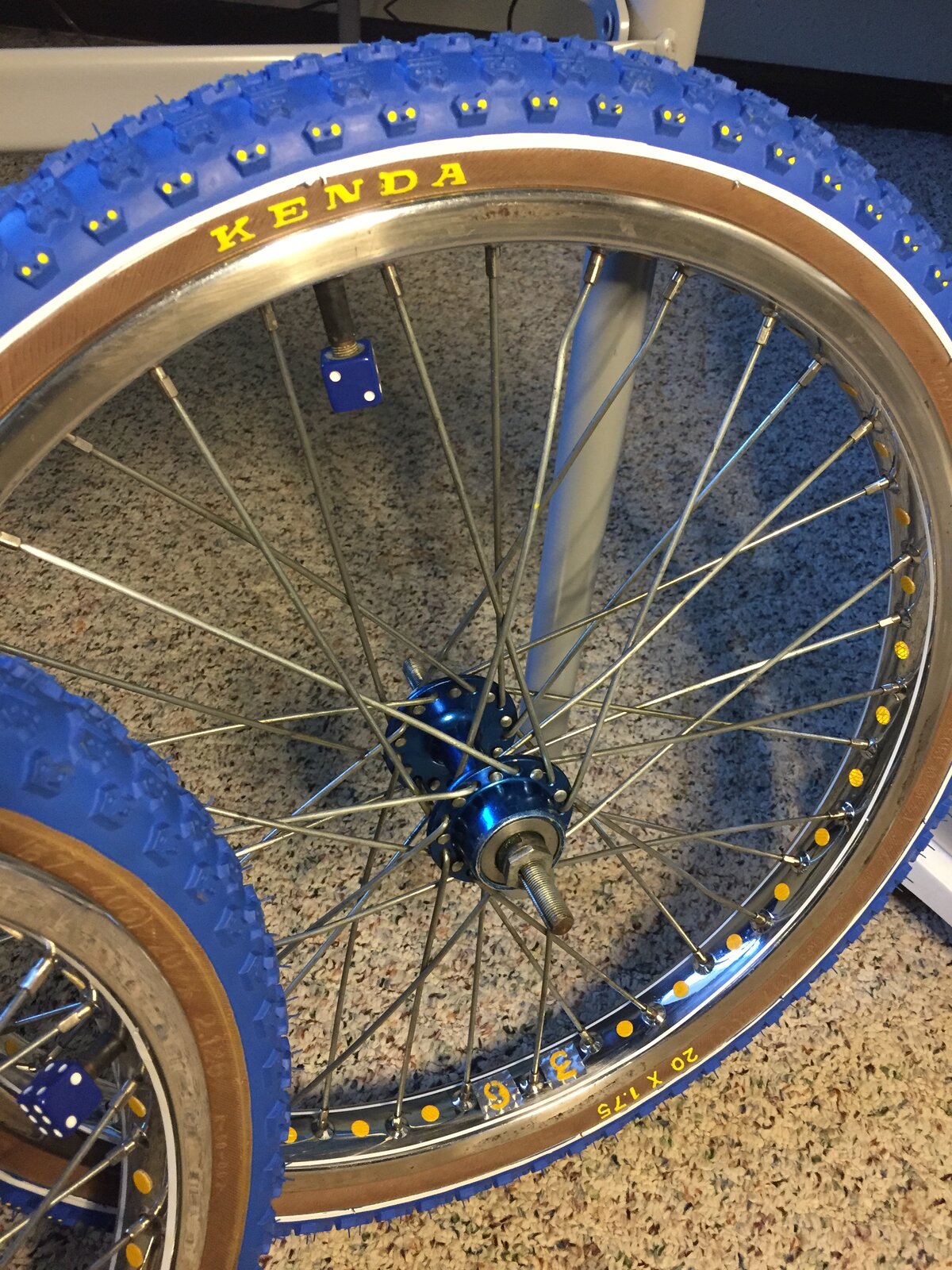 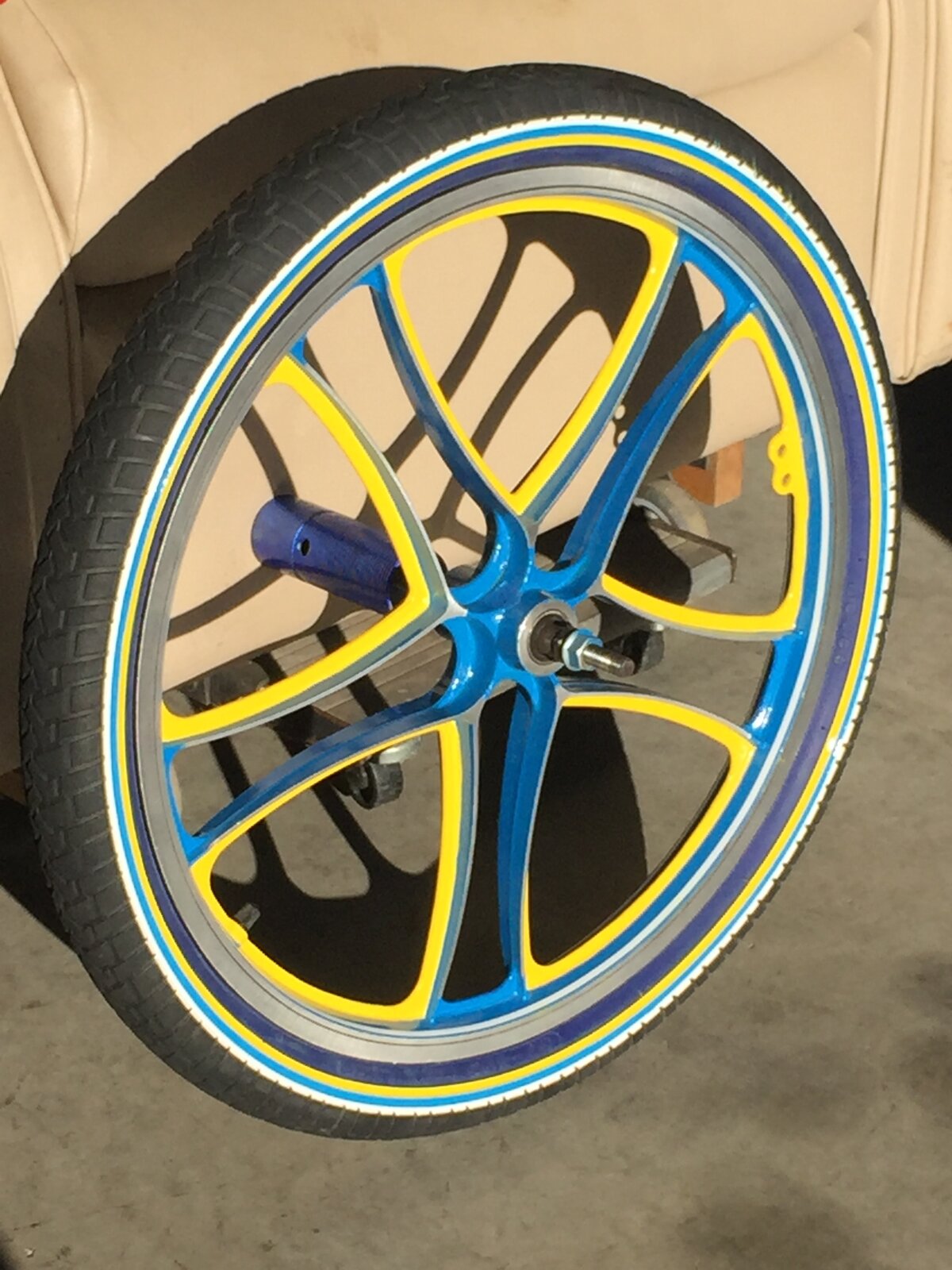 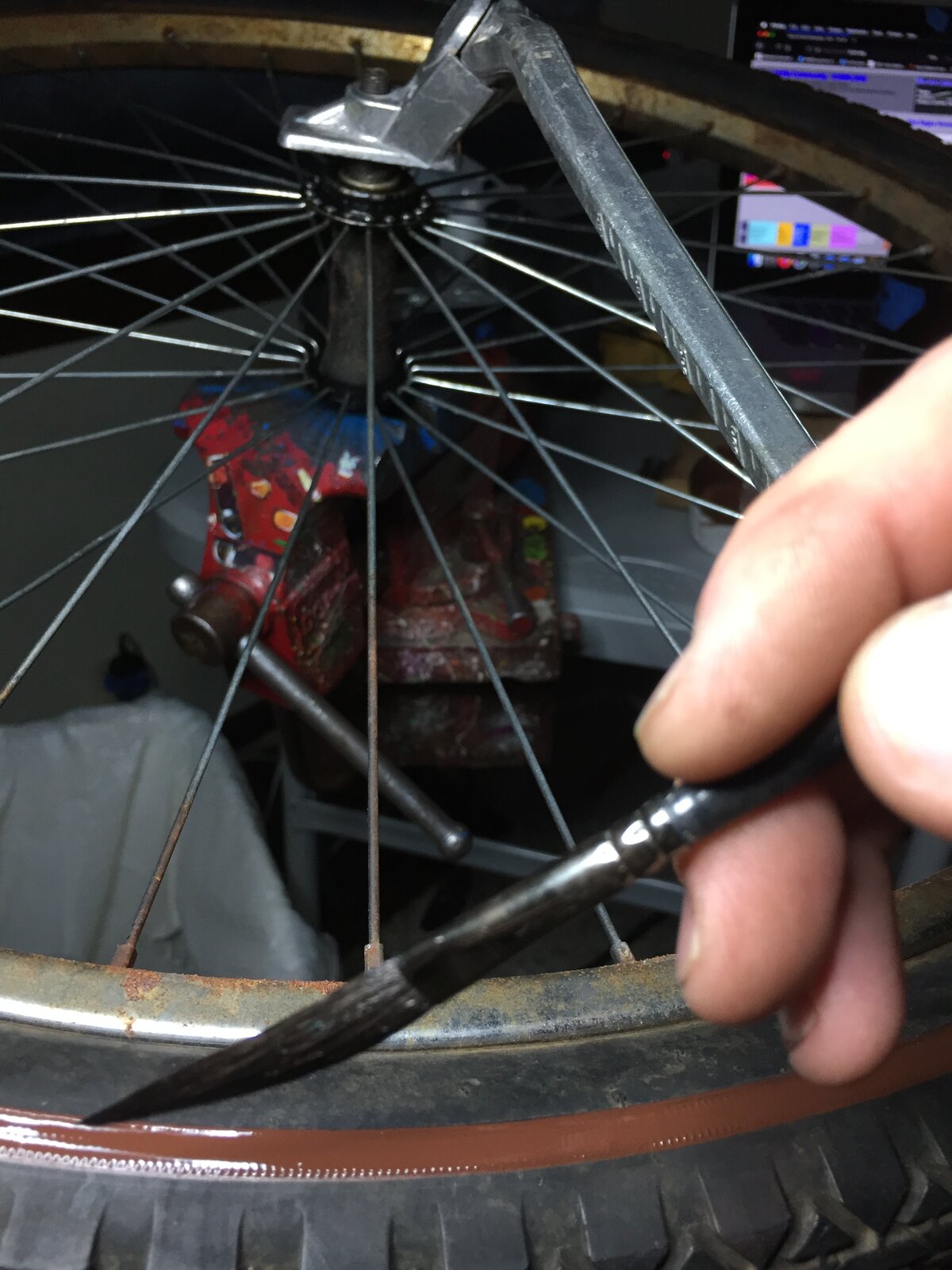 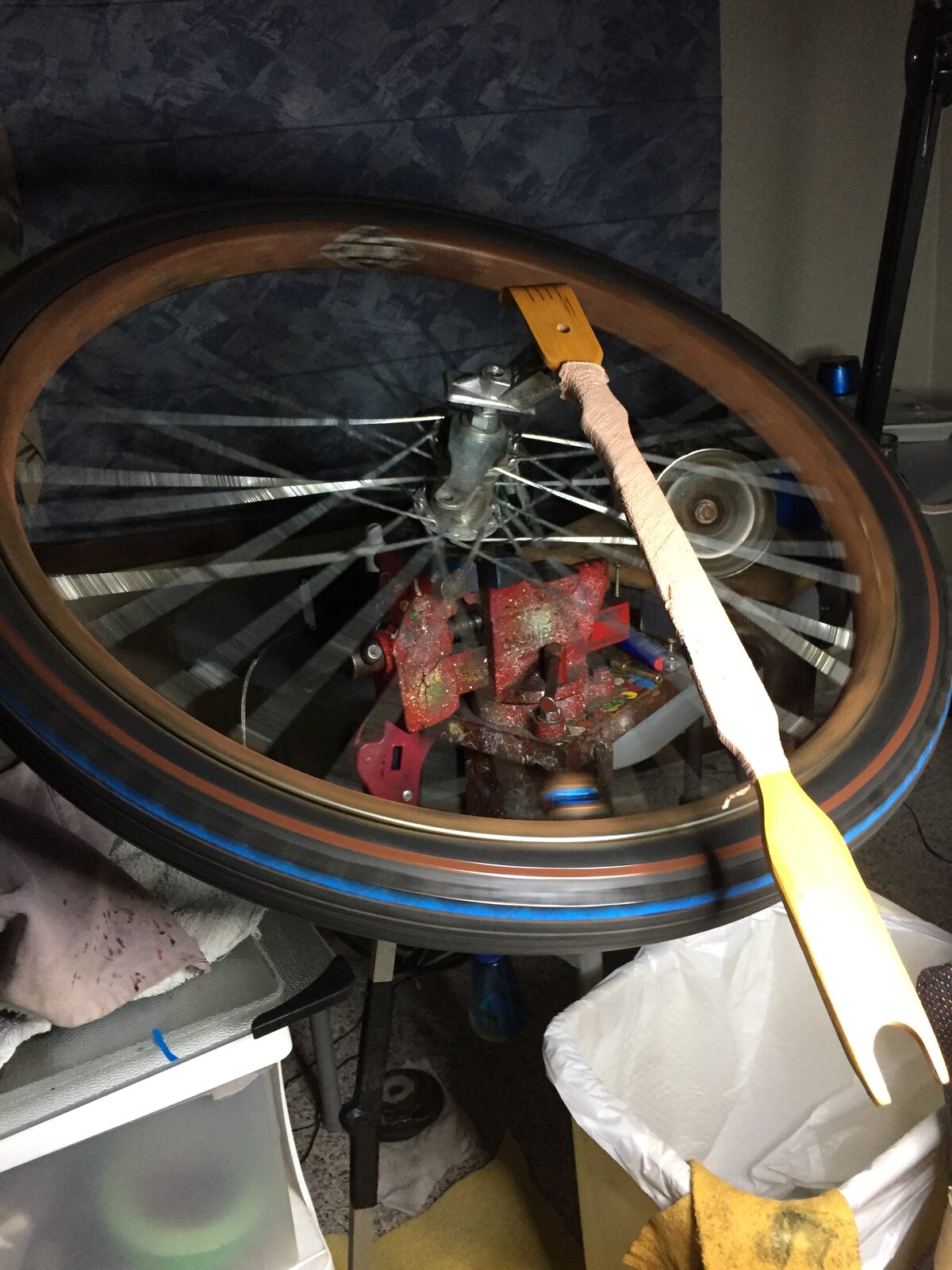 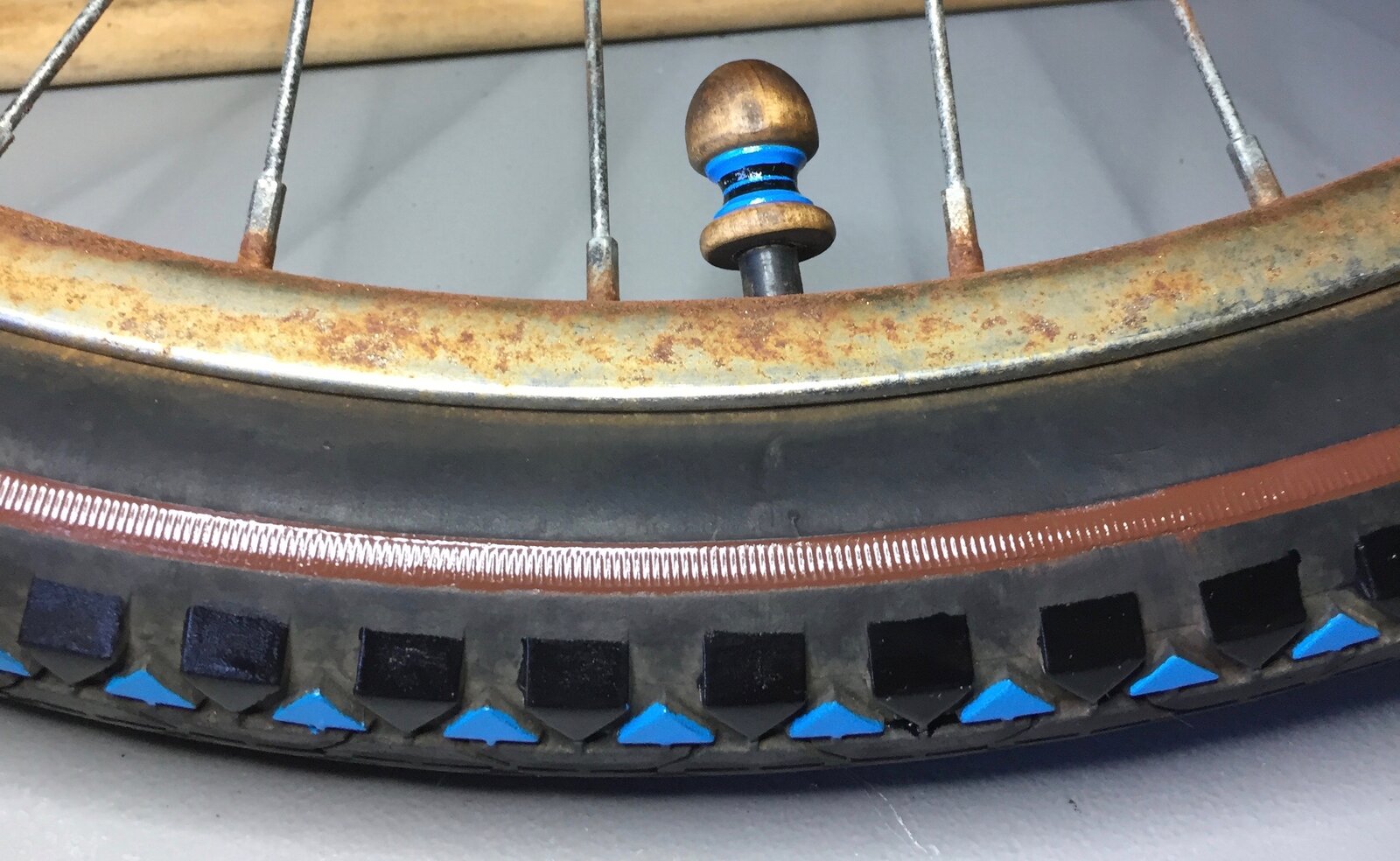 What if Schwinn built this....