Interest in bicycles when its warm vs the dead of winter? 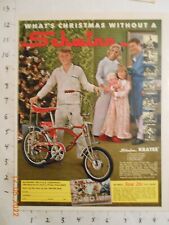 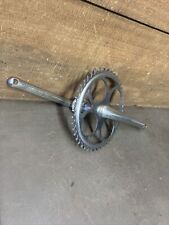 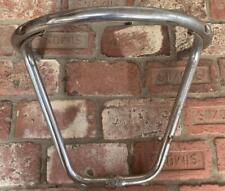 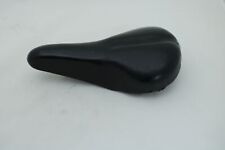 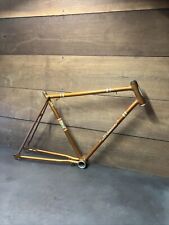 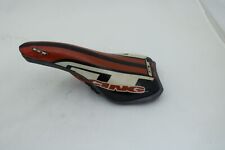 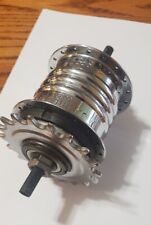 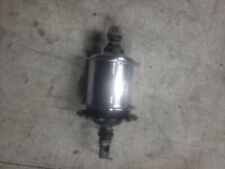 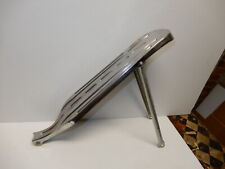 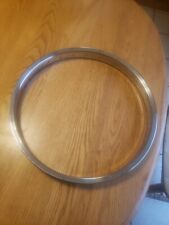 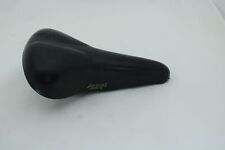 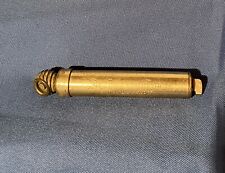 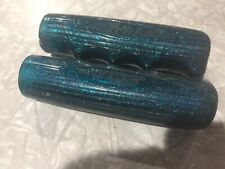 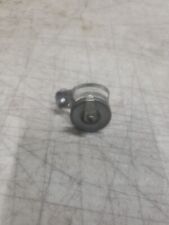 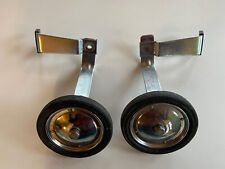 Over the past years I can't help but notice that for some reason when the weather gets warmer bikes get harder to sell? All winter long, I see bikes come and go on CL and FB and most will sell eventually. Once the weather warms, all interest in used bikes or parts seem to dwindle to almost nothing?
I see things on eBay listed for months on end, bikes on CL that never sell and ads get no emails regardless of price. I've watched five or six older Schwinn cruisers, a few Rollfast cruiser go unsold for $50 or $100 over the past few months. Back in Nov they'd have been gone in a flash. Its the same way every year.
I was in a bike shop last week and he was saying the same thing, he sells 90% of all his bikes in mid to late Dec, then one or two every now of then till Sept. He said he's thinking about closing completely between Jan and May due to no sales. (There was a shop like that around here years ago, the guy worked another job and only opened the store around Christmas and at nights the summer and fall. He was closed from Jan to Jun.
I would think that spring would be when folks are digging out their bikes and needing them fixed or out looking for a new bike. Even tires don't sell. I had a stack of new middle weight tires listed for a year, I sold four pair in Oct. two in Nov. Two in Dec, then nothing since. I finally sold the rest of them to a guy from OH who happened to be only about 80 miles away at the time. I'd have figured that more would have jumped on $20 - S7 tires regardless of the brand (branded 'National' K75). They looked like Kendas.

Worse yet, the only bikes that do sell are junk department store models. If I list a junk Kent for $50 its gone in hours, if I list a Chicago Schwinn it sits for months.
People also don't make offers, at least not reasonable offers.

I had an early 80's Schwinn Cruiser in nice condition, I went through it top to bottom in March, it was listed till the other day on CL for $300. It never got a single email. I gave it to a buddy who lives in TX to take home and sell. He sold it for $350 on his way home to a gas station attendant 30 miles from here. The guy asked him if he was the one who had it on CL, he tells him he saw it but it was too far away.
He was 30 miles away for heavens sake. I'd have probably met him half way or even delivered it if he paid first.
I get emails on bikes from guys and hour away who say they really want the bike but 35 miles away is a long ride. Or they don't own a car.

I was talking a guy at the local flea market a few weeks ago. He was walking table to table hunting for old military items and a particular type of china his wife collects. He finds an old Spanish bayonet on a table. He looks the thing over up and down, tells me he's got a rifle that's missing one and its a perfect match.
Being a bit of a gun nut myself I'm thinking its worth about $80 or so. He finally asks the guy how much, the seller says he'll take $30. He puts it down and walks away. Meanwhile I'm seeing them online for $120 and up. I asked him what he thought it was worth if he didn't want to spend $30? He tells me he's willing to spend $25 tops. Are you kidding? He walked away from something he may never see again over $5? He never made an offer, he just set it down and walked away. I turned around, picked the thing up and looked it over for a bit, then told the guy $10, he said no, but $15 will take it.
I walk back over to my buddy and told him I got it for $15, and he's pissed off. He figured he'd wait till it sat there on the table for a year and then offer the guy $2.
I offered it to him for the $15, but he refused. ( I was really just going to give it to him figuring it all works out in the end anyway, but I wanted him to admit he should have just bought it or made an offer.
Another buddy offered me $100 but I refused. 20 minutes ago buddy number one calls me and asks if I still had it, "He was thinking and he probably should have grabbed it that day at the flea market". I told him I sold it to let him stew over it a bit.
I think people forgot how to bargain these days if the price isn't dirt cheap or what they had in mind they don't bother. I see it at yardsales and fleamarkets all the time. They get a price, then walk away because its not what they expected.

I didn’t get past the first paragraph but I buy all year long. V/r Shawn

All bikes. All the time.
C

rustndust said:
All winter long, I see bikes come and go on CL and FB
Click to expand...

There may be some truth in those observations. I live in CA and sometimes buy bikes from FL; but now I am thinking that as of yesterday (late May), I have reached my quota for the year. Can’t wait until January!
Last edited: May 30, 2022

I've always felt that the winter months drove buying a bit stronger as parts of the country are locked in..
on line... not out and about. Always seems like summer is a bit slower sales wise...
plus now with economic doom looming...might have stalled interest some..
P

Works opposite in the desert state here. Craylist is stacked full of bikes.
I'm even finding bikes humans have thrown away.
Less hot months of the year can't find a part for anything much less a decent bike deal.
C

Those observations may have some validity. Those who live in California, buy bikes from Florida, but I believe they met their quota for the year

If you are referring to old antique and/or vintage bikes that people collect, then I have not witnessed any slow down, especially in extremely rare bikes. Now if you are talking about more contemporary cruisers, mountain bikes, and road bikes, then I have seen a drastic slow down in sales. The market was completely saturated with bikes during covid when people were unable to get a new bike at any of the bike stores. Used bikes were selling at a premium, and at one point I was selling around 10-12 mountain bikes a week in the $225-$250 range (my highest was 5 in a single day). I was hoping for a change in this slow down and had high expectations in the market when memorial day came, but while I did see a small uptick it was nothing major. I am also confused by the fact I have not had any hits on my bike racks either (these are thule and yakima 4 bike trailer hitch mount racks). I do expect to see the typical surge for junk bikes and low end bike racks in a couple months for burning man. Another thing that happened during Covid, is that several profit/non-profit bike shops sprang up and are now offering trade ins on your old bike to purchase their used bikes that have been repaired/fixed up for sale. Some of these shops have 300+ bikes to choose from.

This slow down has me re-evaluating my priorities as it seems you can always count on classic/antique bikes (as long as you buy good stuff to flip), but the other bikes are too market driven... Prewar bikes are always in demand, but I am not so certain about postwar bikes, especially after 1975.
J

rustndust said:
I was in a bike shop last week and he was saying the same thing, he sells 90% of all his bikes in mid to late Dec, then one or two every now of then till Sept
Click to expand...

Xmas rush?
You must log in or register to reply here.

Brought back from the dead