These ads go away when you register for an account!
K

Would like to thank everyone who has responded to my questions, this group is am 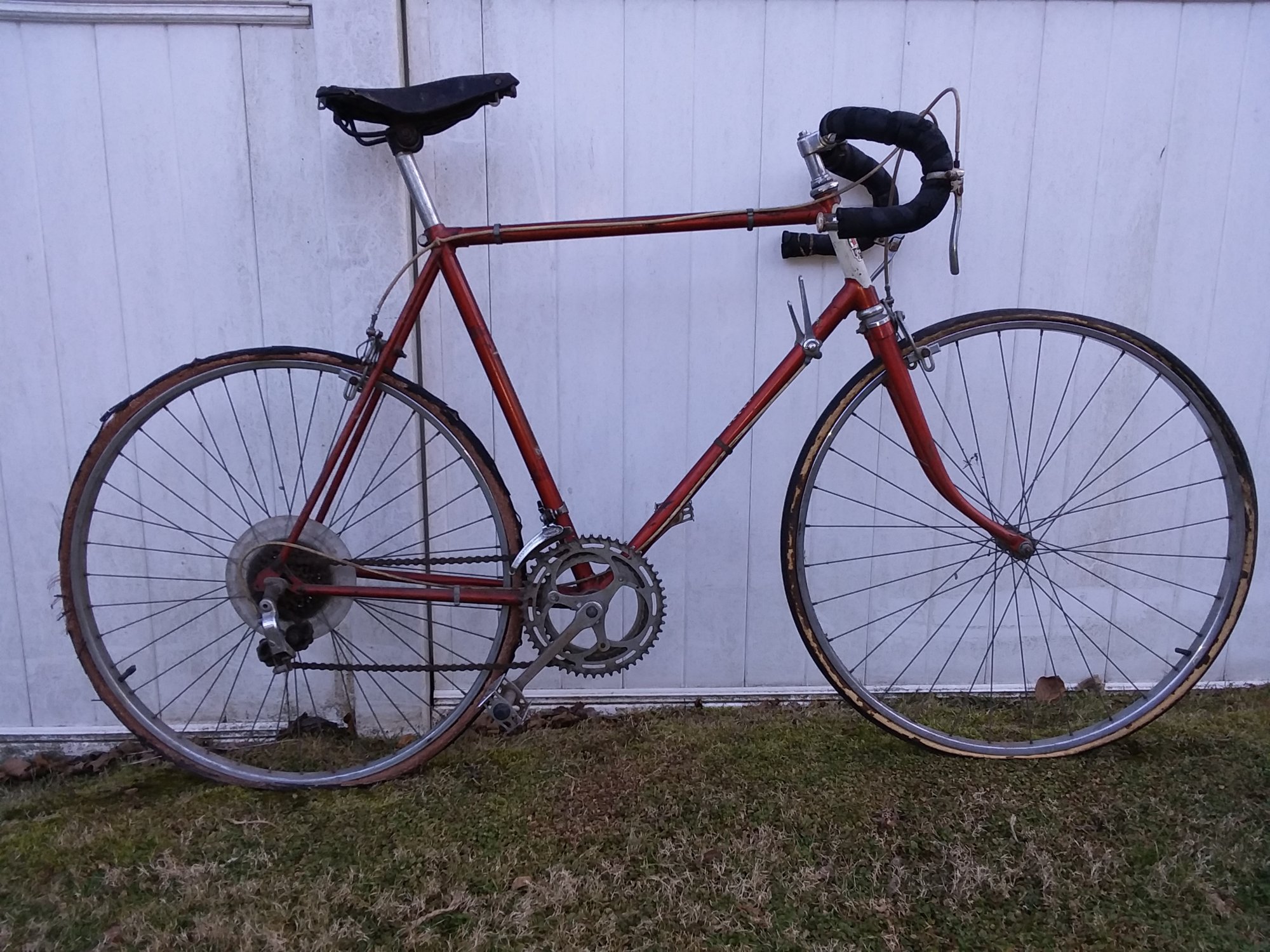 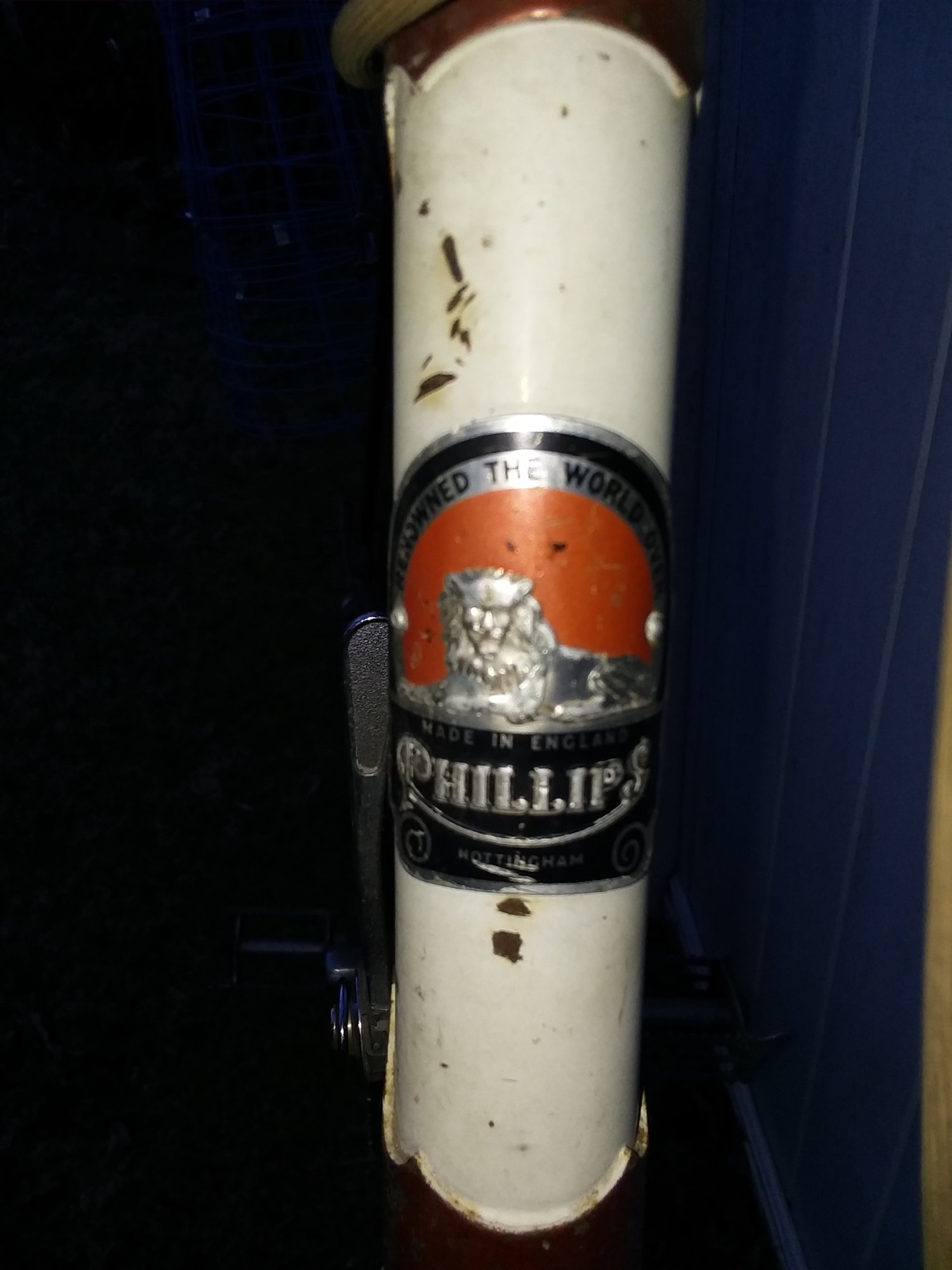 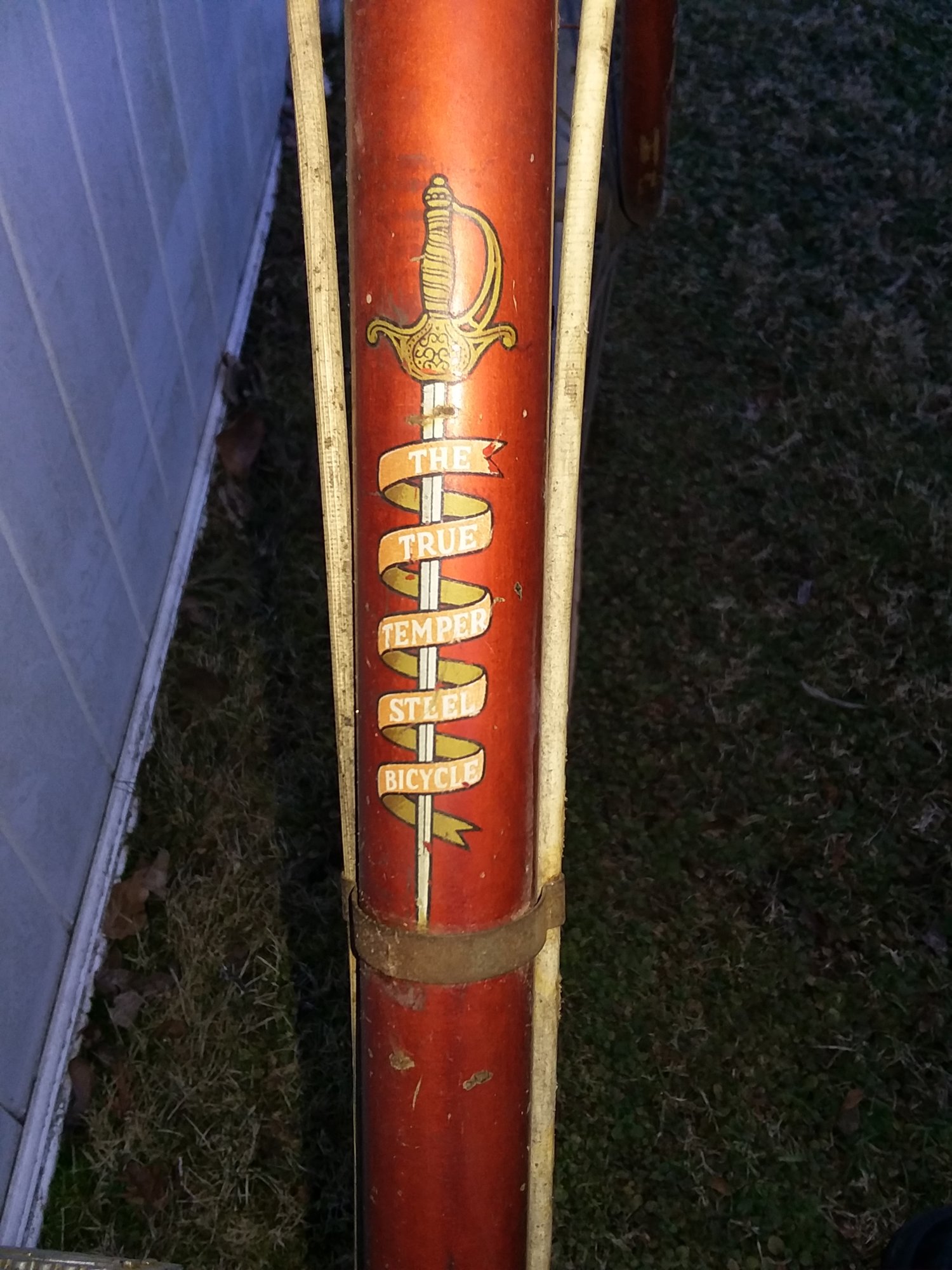 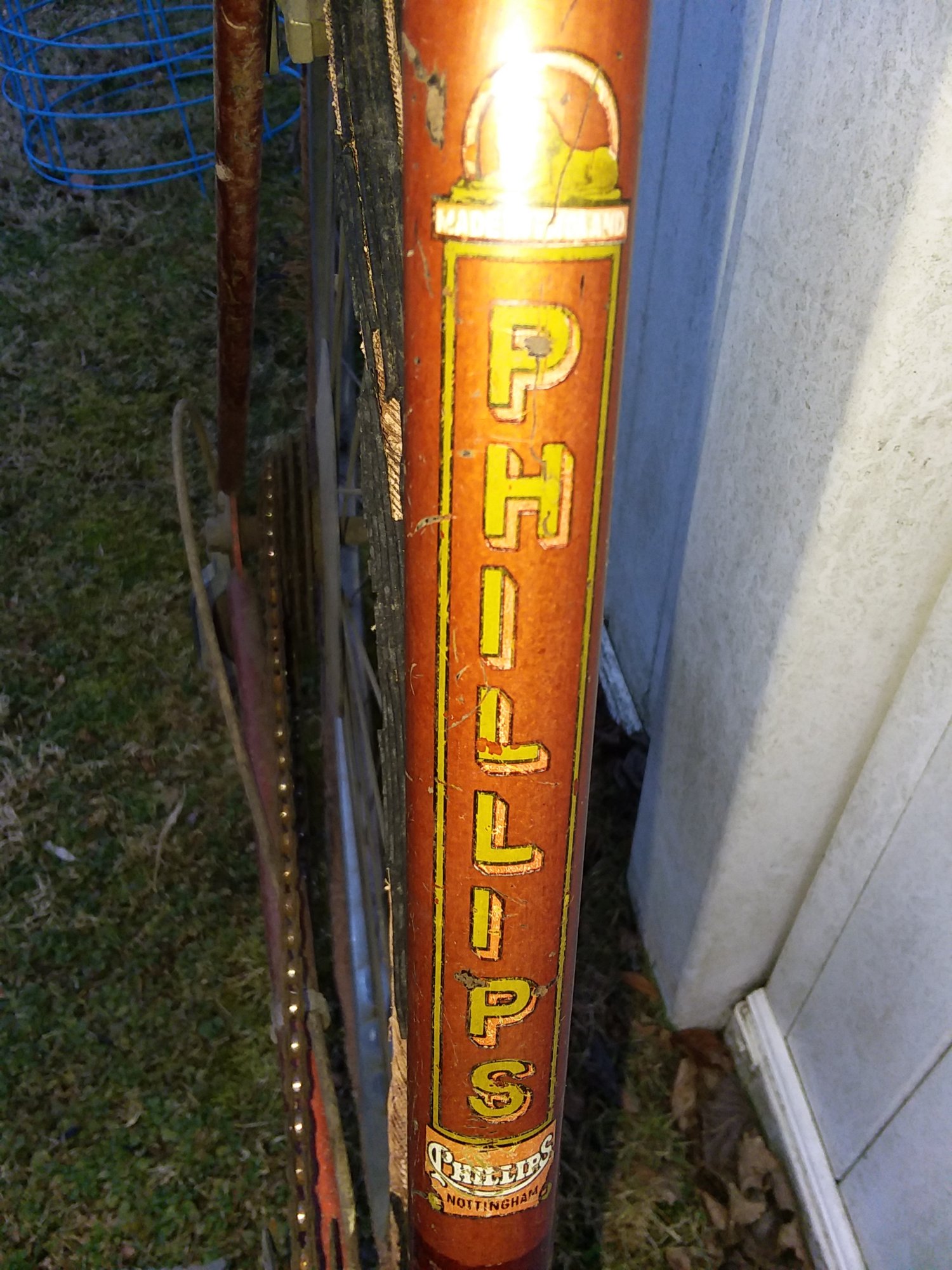 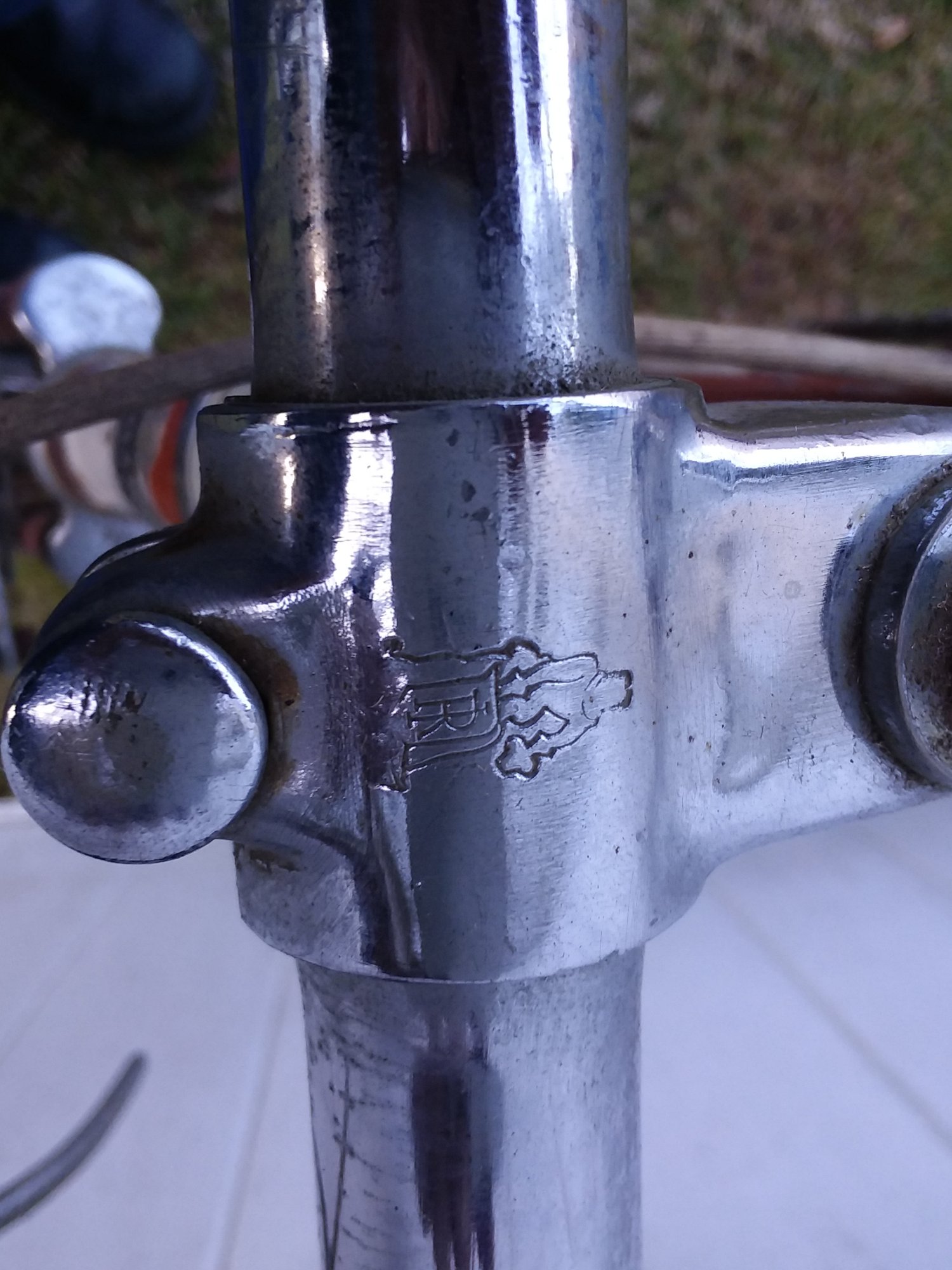 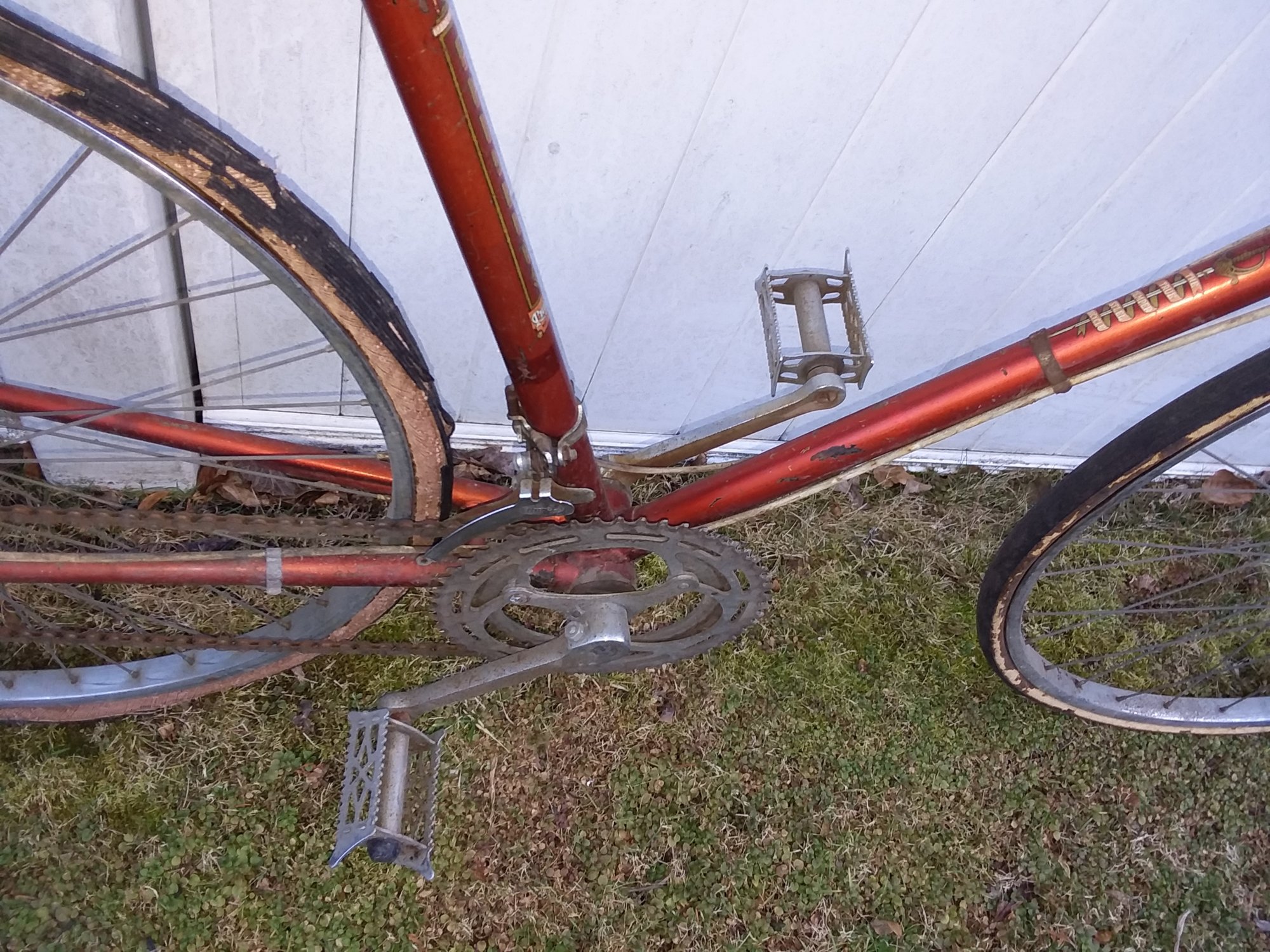 The rear hub should be dated. Typical English lightweight. I'm sure others will chime in with more info. V/r Shawn
K

Freqman1 said:
The rear hub should be dated. Typical English lightweight. I'm sure others will chime in with more info. V/r Shawn
Click to expand... 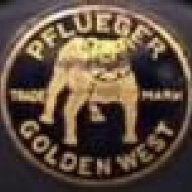 TI owned Phillips before it bought Raleigh.
Ti bought Raleigh in 1960.
The fact it says Nottingham rather than Birmingham, it was made by Raleigh after 1960, and could even be after 1970.
Reactions: bikerbluz and Oilit
K

Thanks for that info...
K

bulldog1935 said:
TI owned Phillips before it bought Raleigh.
Ti bought Raleigh in 1960.
The fact it says Nottingham rather than Birmingham, it was made by Raleigh after 1960, and could even be after 1970.
Click to expand...

Thanks for that info
Reactions: bulldog1935

Like @bulldog1935 says, your Phillips was built by Raleigh. The 10 speeds are harder to date than the 3 speeds, but Kurt Kaminer's "The Headbadge" website has a page showing where Raleigh put the serial numbers in various years, which may at least narrow it down.
http://www.kurtkaminer.com/TH_raleigh_serials.html
It also may help to look for variations of the rear derailleur (looks like a Huret Alvit) on VeloBase.com. I couldn't post a link, but a search will bring it up.
Last edited: Feb 10, 2020
Reactions: bikerbluz and bulldog1935

Pedals appear to be Phillips Apollo pattern. The black plastic dustcaps mark them as relatively late production. Evidently TI/RI got the rights to the Apollo when they bought the badge/company...

you can make a visit to VB where the different iterations are shown in some detail to help you date the example on the bicycle.

the pulleys are one dating aid. the early Allvit iterations have all-metal pulleys. later on plastic "tyres" were added to them. these were done in both black and in red. the tyre colour is one additional dating aid.

the front mech is an Allvit model 600. beginning in 1966 Huret launched the model Luxe 700 front mech which somewhat resembles the Allvit but has two adjustment screws for travel instead of the one screw of the Allvit.

there are a number of individual year Huret catalogues available at velo-pages.com. they have very good parts drawings for specific product models which can assist you to determine a model year (or narrow period) for the cycle's rear mech. 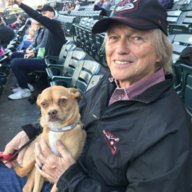 A Phillips version? This is something new to me, as I've been used to seeing the same bike badged as a Triumph, or possibly a Dunelt. I'm going to guess lae 60's/early 70's based on the other models I've seen. Despite the color and badging, the equipment is identical to the aforementioned marques.

It never made any sense as to why the TI/Raleigh conglomerate bothered making these bikes. During the early 70's anything that was a 10-speed sold like crazy, and why the factory would turn these out instead of Raleigh Records was beyond me (and my boss, who owned the bike shop). The Raleigh was a more prestigious brand, sold for a better price ($100.00 for a Record in the early 70's, probably $85-90.00 for these), and while customers would get on 6-8 week waiting lists for their Raleigh to arrive, they would primarily buy these bikes because they had to have a 10-speed and the Raleighs (and Schwinns) were completely sold out.
Reactions: bikerbluz

One reason to keep all of these marques going is market penetration.

TI/Raleigh could go to a retailer and say we shall give you the exclusivity for Raleigh in such and such an area/population.

Then they could go to a nearby shop and say "Look the guy over on Elm St. has the exclusivity for Raleigh in this area but we can give you the same bikes under the Triumph/Dunelt/Phillips/Robin Hood, etc. marques." 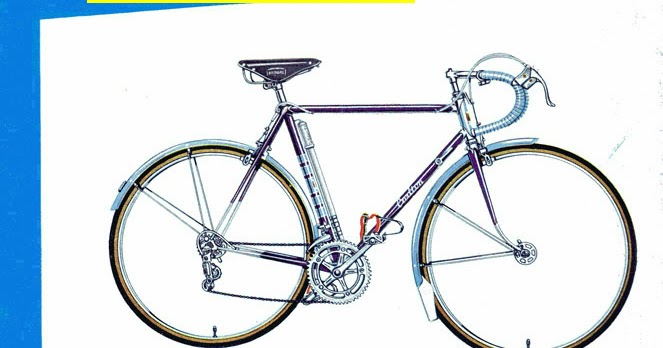 For example, Motobecane did the same thing with the Orly, Astra, Dynamax, Monfort & Motoconfort badges.

Howie Cohen of West Coast Cycle Supply had his Nishiki badge but sold many of the same machines as American Eagle, Azuki, Premium, etc.

Centurion created the Ventura badge for the same machines to pack more product into a given market.

And last, but not least(!), Mondia did it with their Juvela badge.

-----
Last edited: Mar 7, 2020
Reactions: Oilit and bikerbluz
This ad goes away when you register for an account!

Agreed. Although in the Erie, PA market in the first half of the Seventies, there wasn’t enough competition for it to be a factor. Or so I (possibly we) thought at the time.

Prior to the Bike Boom, the Erie market was two dealerships. A. R. Adams Cycle, founded in 1914 (and still in business but not Adams owned any more) was a Schwinn/Raleigh/Columbia dealership that later took on Astra/Roger Rivière/Concord (Japanese) in a desperate attempt to have 10-speeds for sale, and Kent (Japanese) 3-speeds as a cheap alternative to Raleigh Sports (and the later Triumphs and Dunelts).

John Adams Cycle, across town, was strictly a Schwann/Gitane dealership. They were still around back in the Nineties, the last time I visited. John was the nephew of Merle (son of A. R. Adams founder). Better organized, more vibrant, more modern. And until the Bike Boom that was it. Even after the boom began, there were only two other bicycle shops started. Presque Isle Bicycles (at least that’s what I remember the name being) which was Fuji/Atala/Lambert. And a local hobby/model shop opened up a bicycle department with Batavus/Flandria.

Once the Bike Boom turned into the Bike Bust by 1975, the only survivors were the Adams crew.

I was always fascinated by the Roger Rivière bikes, which I knew some of the history (noted TdF rider brings out a bike line after retiring in the late 50’s, etc.), but could never figure of what was the story of the 70’s bikes. Until, 35 years later, I found out that a Roger Rivière was a Gitane built to cheaper spec than the bottom of the line Gitane that John Adams sold (an even cheaper paint job, no chrome on the front forks, a nylon saddle that was there strictly to get you to upgrade to a Brooks or Ideale), and sold for $29.00 less. And, as I finally discovered when I found and restored one in 2010, they rode horribly. Made my Peugeot UO-8 come off almost like a PX-10 by comparison.

Obviously, the Erie bicycle market had nothing on New York City. Or Pittsburg. At least it was better than Johnstown (my home town) which had one Schwinn dealer who carried absolutely nothing else. Exotic brands like Peugeot, Mercian, Mercier and Crescent? We had to go to Columbus, OH every Mother’s Day weekend for TOSRV if you wanted to see them. And I only knew of Bianchi (which to me was a REAL exotic) due to a group of five guys from Boston who’d come thru town for TOSRV and stay at my place, used my shop to prep their bikes, and turned me on to this little local band named Aerosmith and some of the best acid I ever did.

Thank you for the interesting info.... 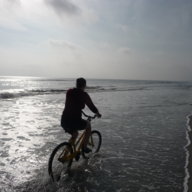