Vicious Cycle Take a close look at the pict you posted above. [ The pic in my first post is it at speed, Crossley up giving a boost to teammate .] note that both Paramounts have Square head lugs. They can't be A325. According to Jeff Groman pict is from Nov 1939

Not sure what you are referring to, The bike on the track looks the same as the one in my shop, same head lugs and paint detail. It was purchased from Crossley's widow.
I also have his '39 Chrome trainer, still with original decals (A676). Richard Schwinn first told me they "did not do all chrome in '39" until he learned it's provinance. Even the "experts" can be a bit off sometimes.
T

Look at how square the bottom head lug looks ,compare with the bike in post 19 above where the Red head tube and White lug meet ,they come straight down goes straight across the lug and goes back up sreaight. Now look at your bikes they look like the red bike in post 4. The lug looks like a oval from the front. Here is one to compare at close to the same angle. Do you know what seasons he competed for Schwinn? Did they provide him with a new bike every year? 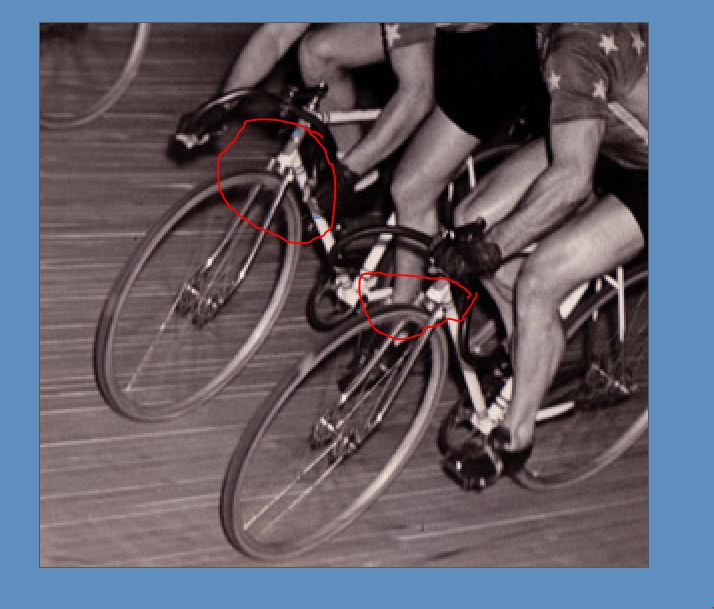 I just came across this ad from June 1947, and I thought it was interesting, that they referred to what we’ve been calling, the “Team Colors” as “White with 6 Day Trim.” 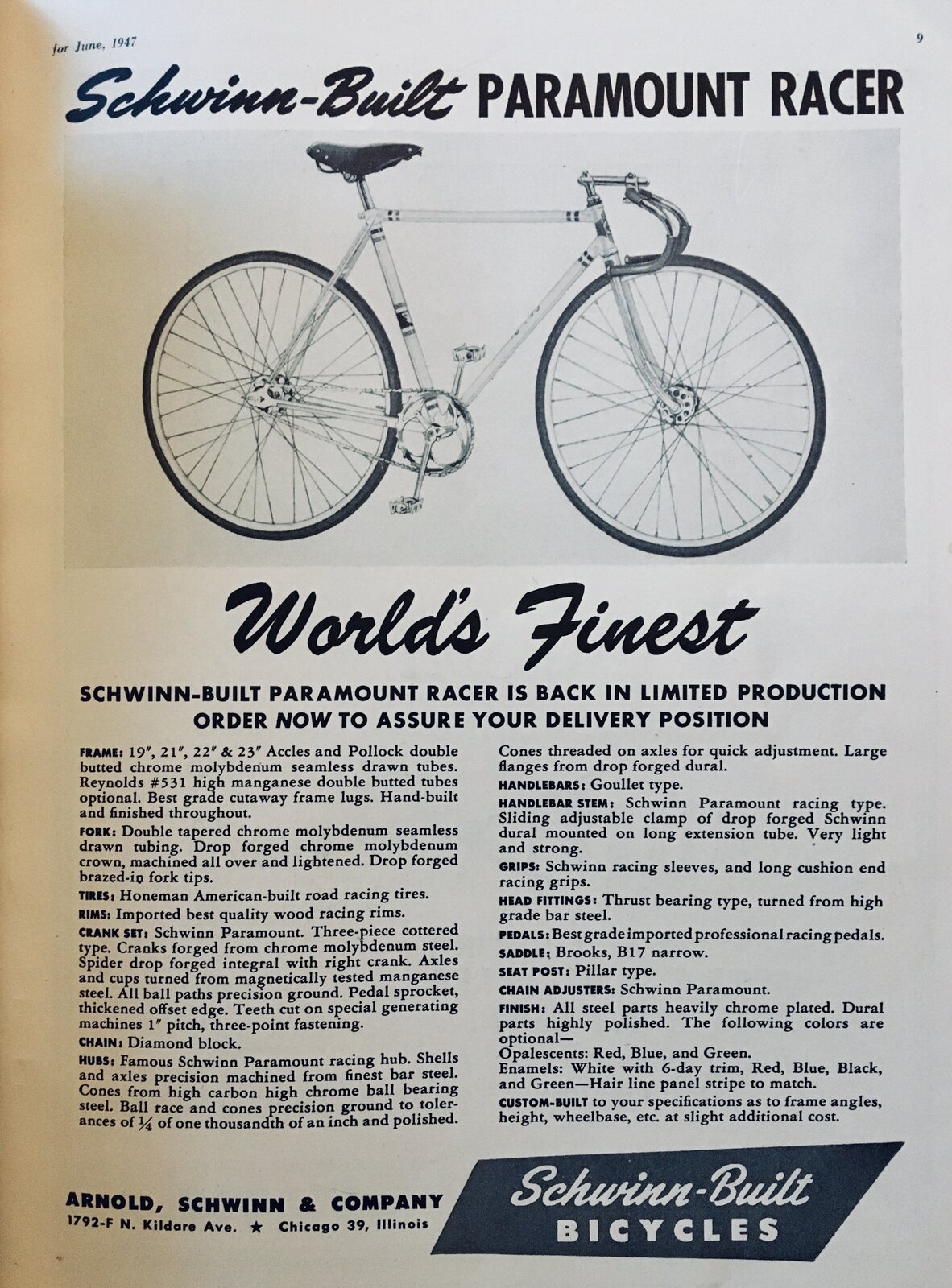 cyclingday said:
I just came across this ad from June 1947, and I thought it was interesting, that they referred to what we’ve been calling, the “Team Colors” as “White with 6 Day Trim.”
Click to expand...

I think I may have seen this ad earlier, but hadn’t noted the date. In any event, for those who are into the minutiae of Paramount info, I think the text of the ad gives us three new Paramount datapoints (new to me, anyway).

1) The text talks about the rear hub cones being threaded for ease of adjustment…the early versions of the Paramount rear hubs had floating cones, which Schwinn touts in its pre-war ad literature…I have examples of both versions, but did not have any indication as to when the change came, until now.

2) The text also references the pedals being ‘best grade imported pedals.’ The pre-war Paramounts used the Torrington 4-star or 5-star/Professional pedals, which would have been domestically produced….I have a couple examples of post-war Union racing/track pedals, which would have been imported….and I have seen numerous other post-war Paramounts with these Union pedals, so it would seem the switch to Union from Torrington came in 1947 as well. Of course, some bikes probably had Torringtons for awhile as there was likely remaining stock on hand.

3) Reference to the option for Opalescent paints (red, blue or green) in addition to opaque colors…don’t recall if any of the A-series Paramounts had the opalescent paint….maybe I’ll look back through my photo collection later this evening.

FWIW...
You must log in or register to reply here.

Seeking any information on Arbos

1936 Schwinn Henderson - Looking for an Image

Looking for information on this bike # 2

Looking for information on these bikes #1
2