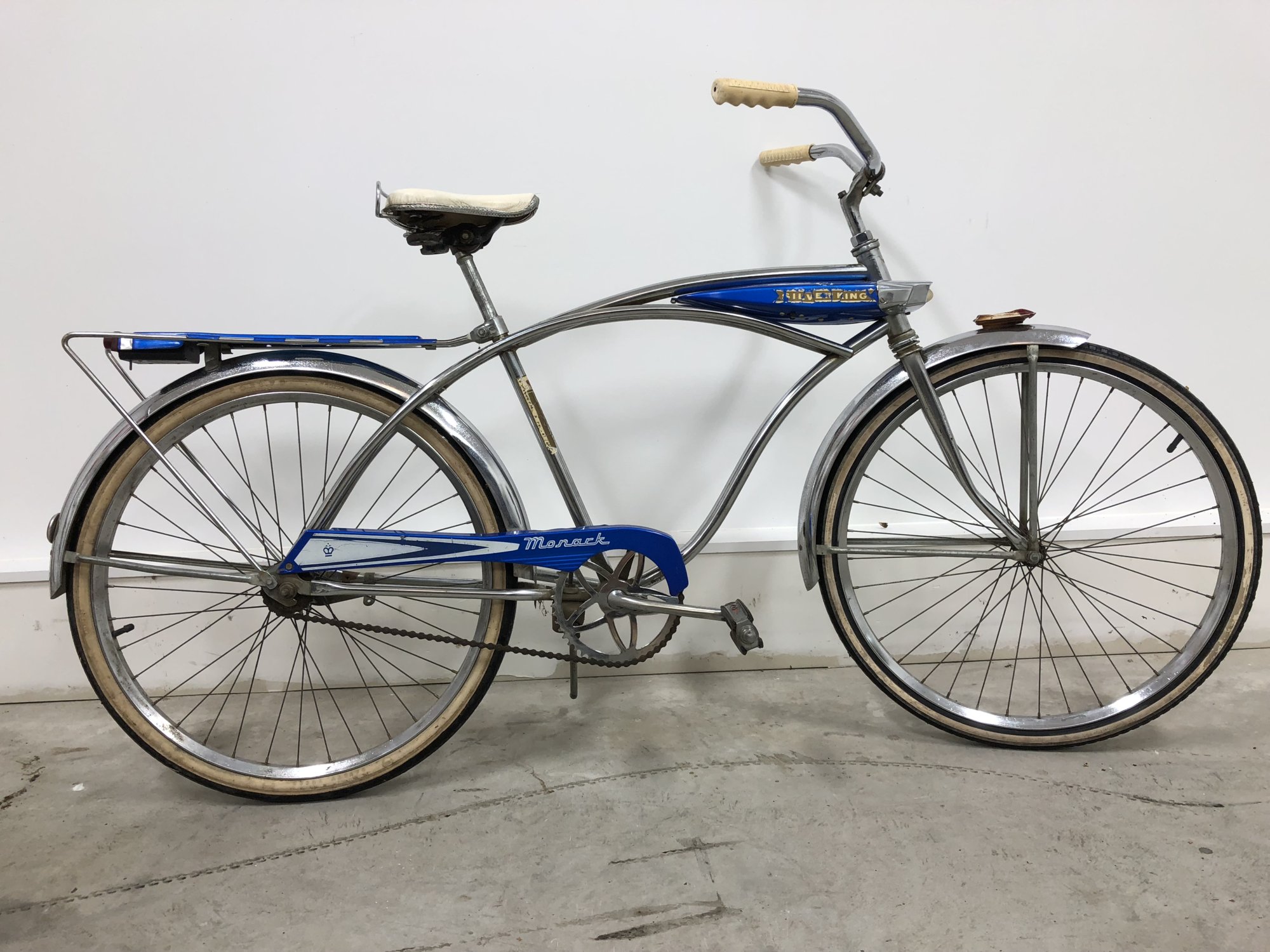 Great design flow with the rack and light into the unique tank and light. 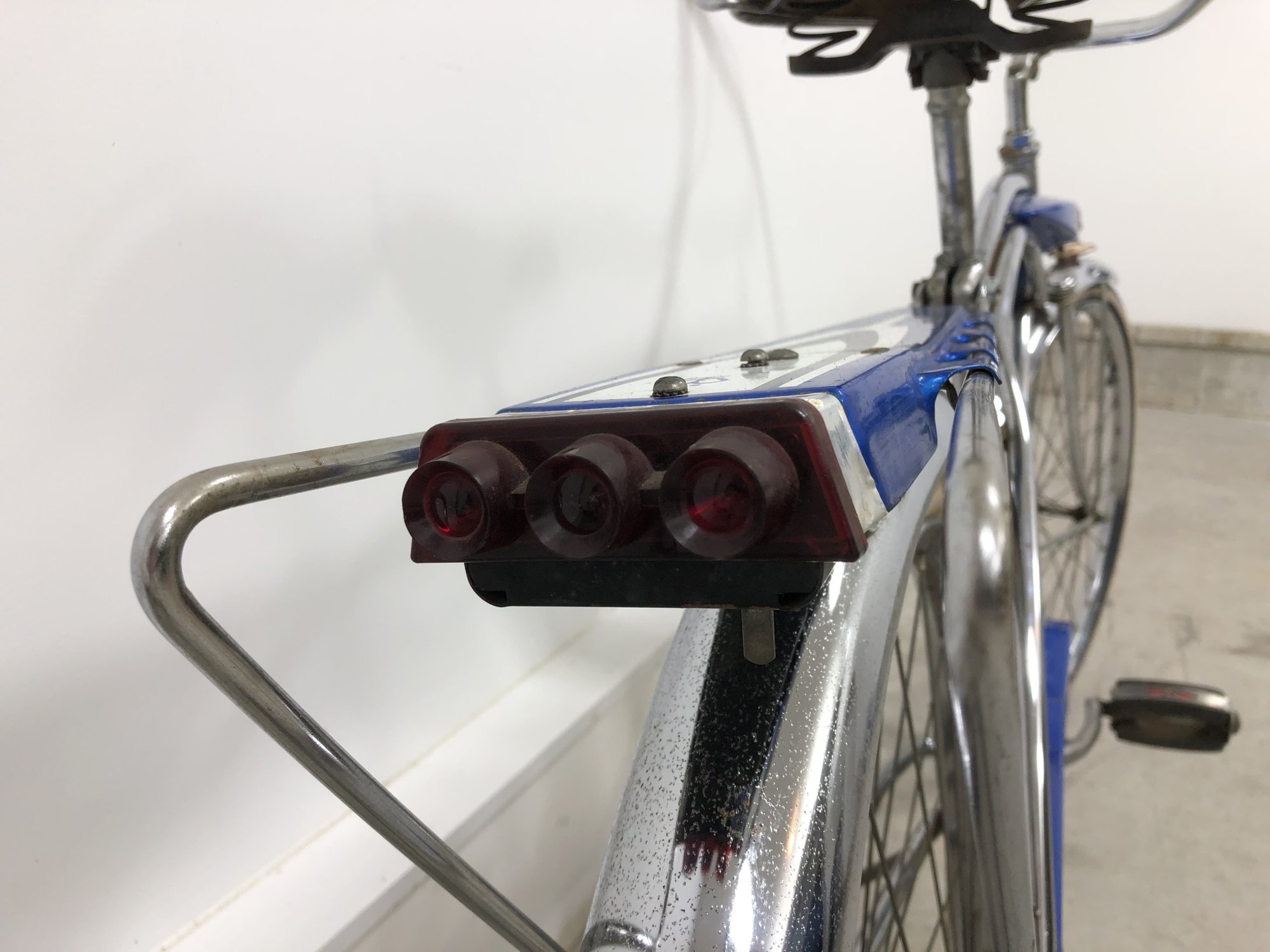 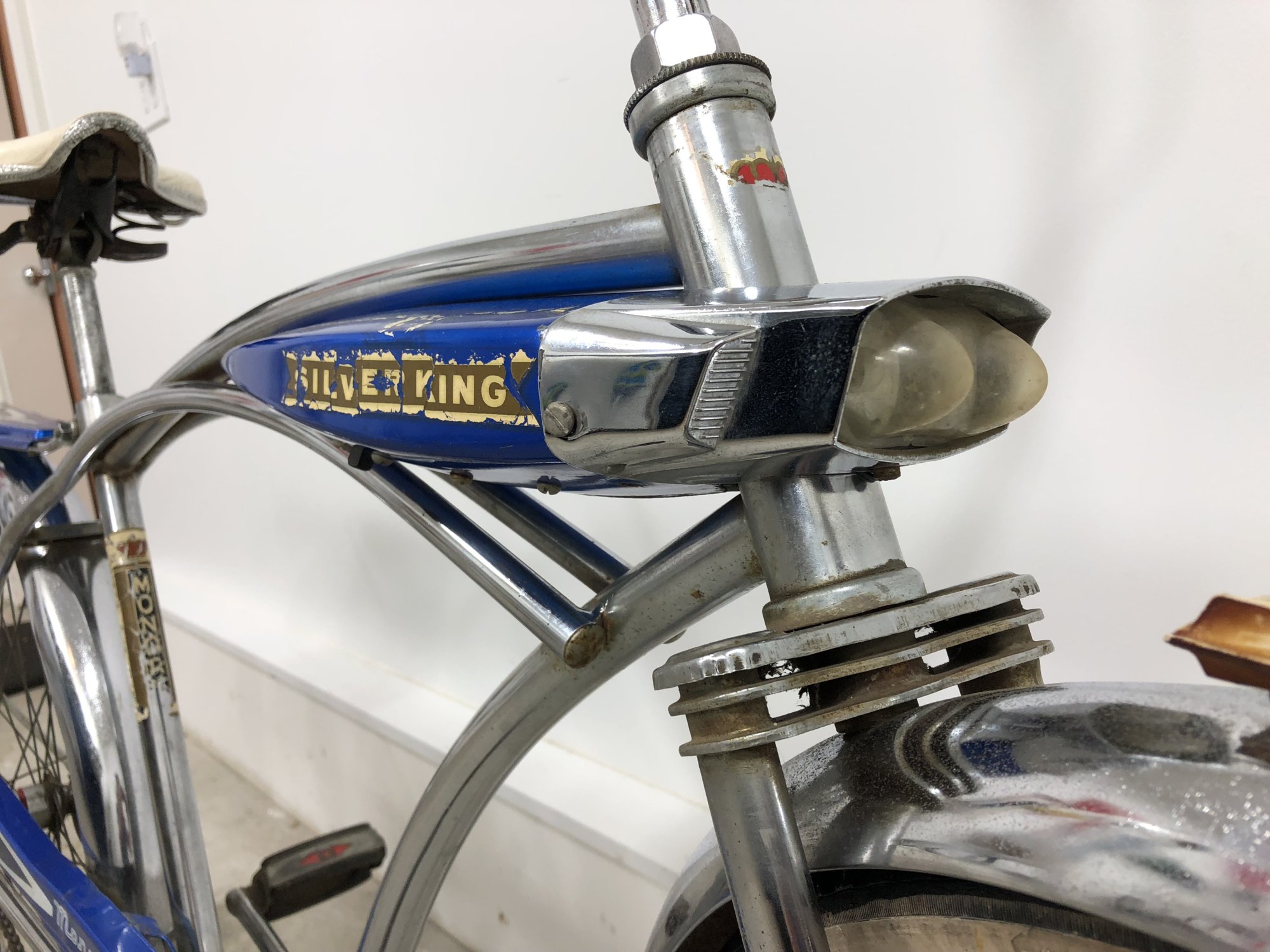 The decals have taken a hit from my polishing. Oops! 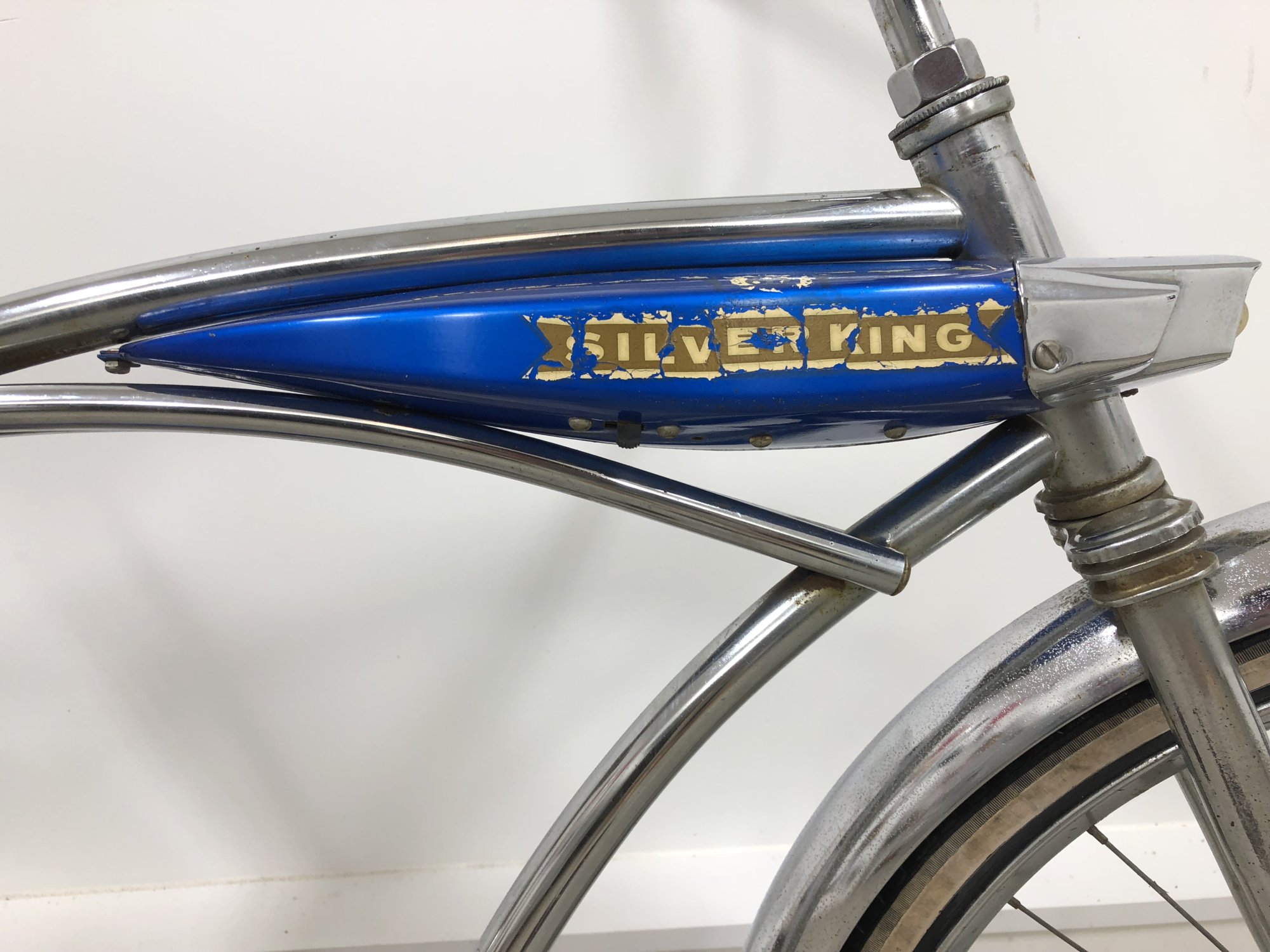 Looks like there is NO relation to the 1930's aluminum frame bikes. 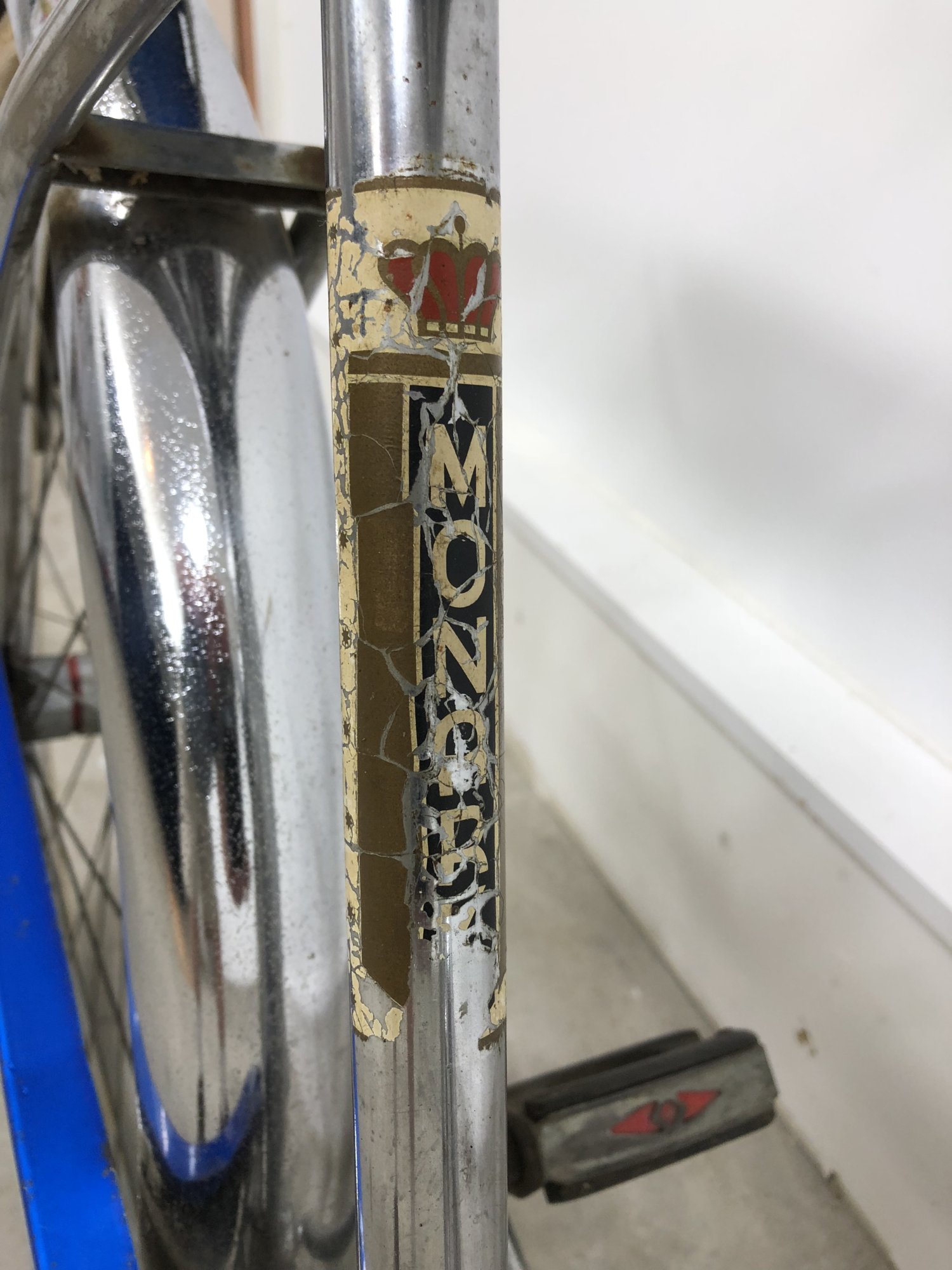 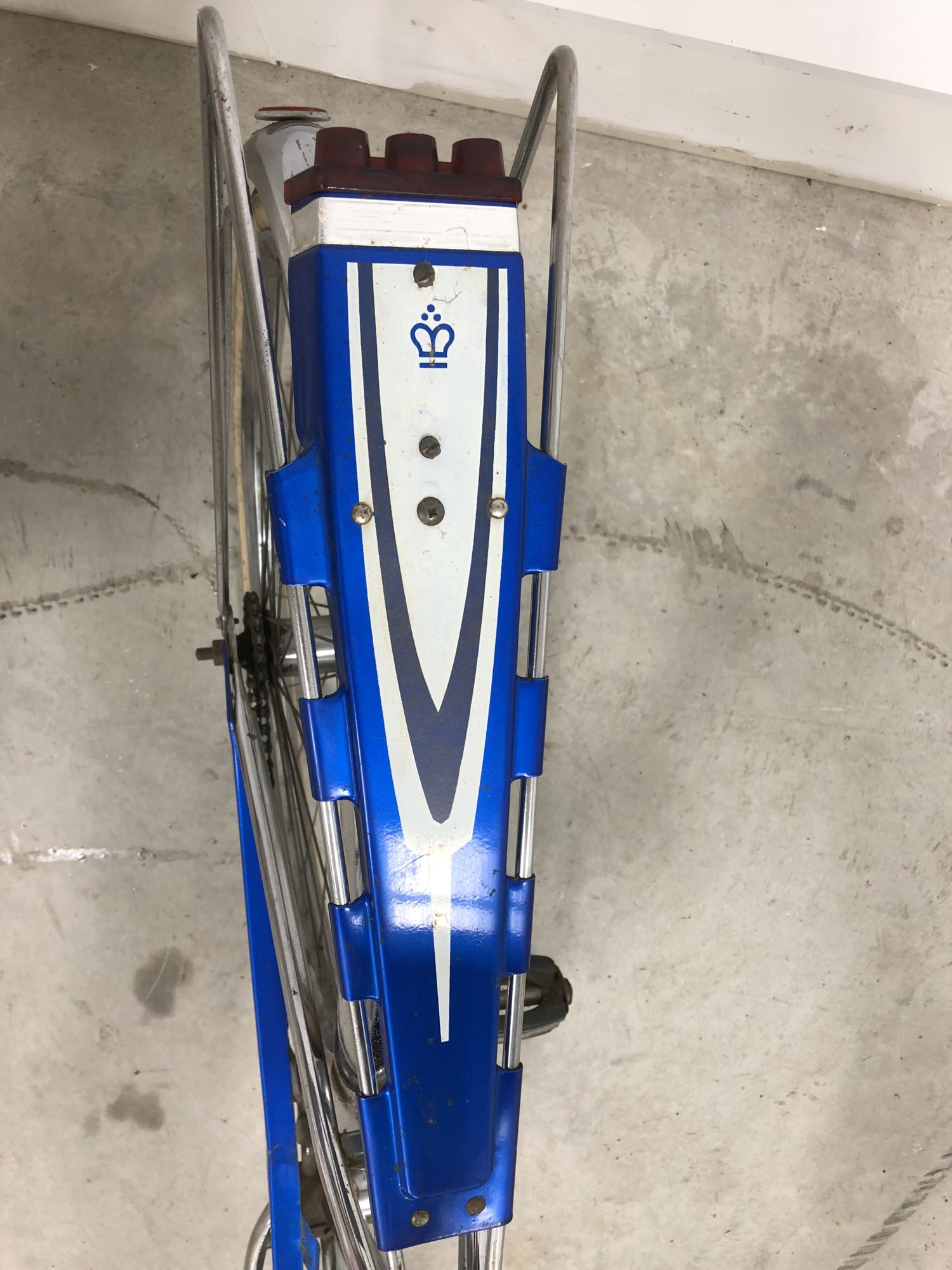 Not sure what fender ornament was on this. I just kinda had this flying sub looking thing in the reflector box... 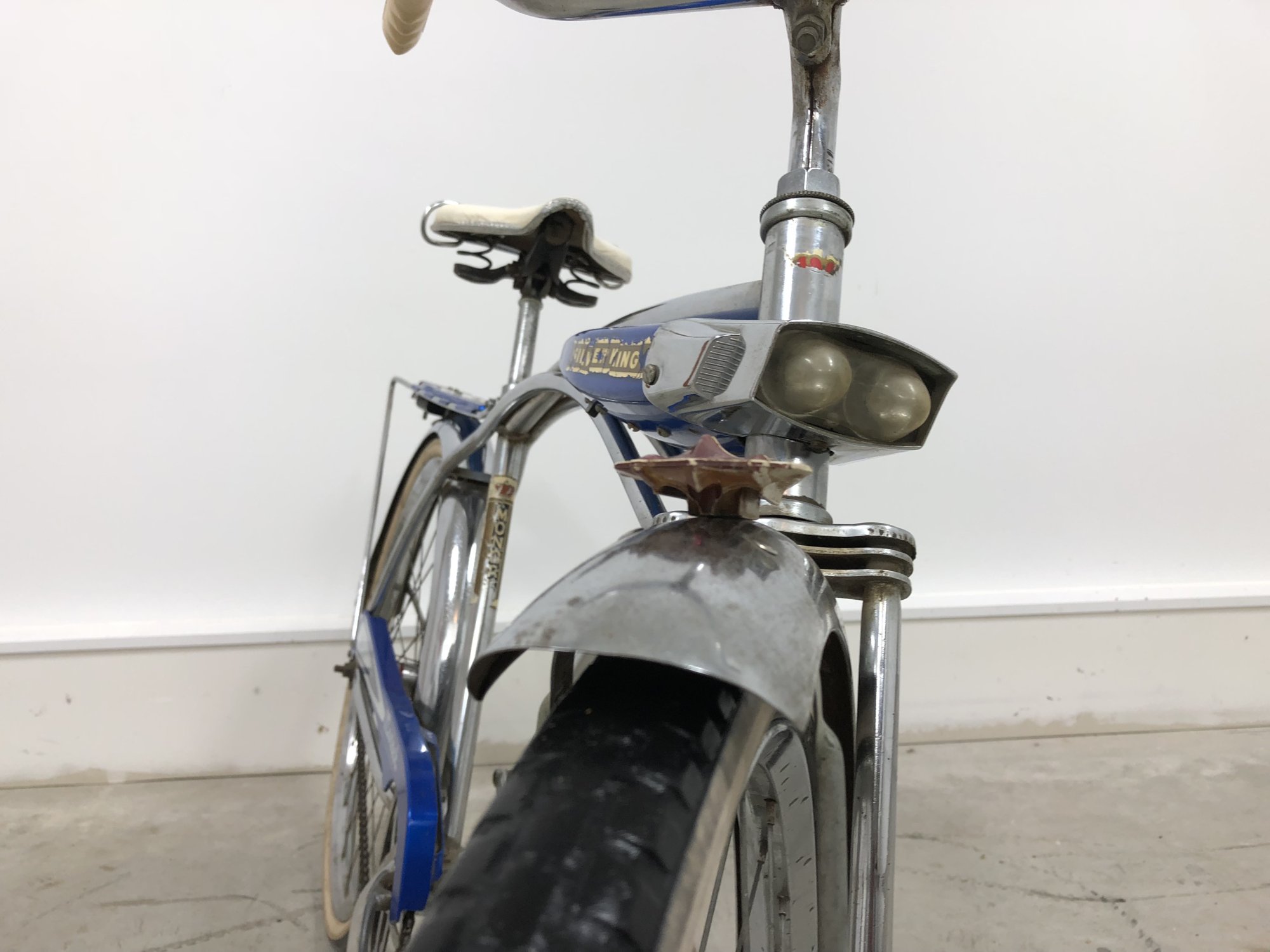 Will it ever stop raining?

I think this was the fender ornament. 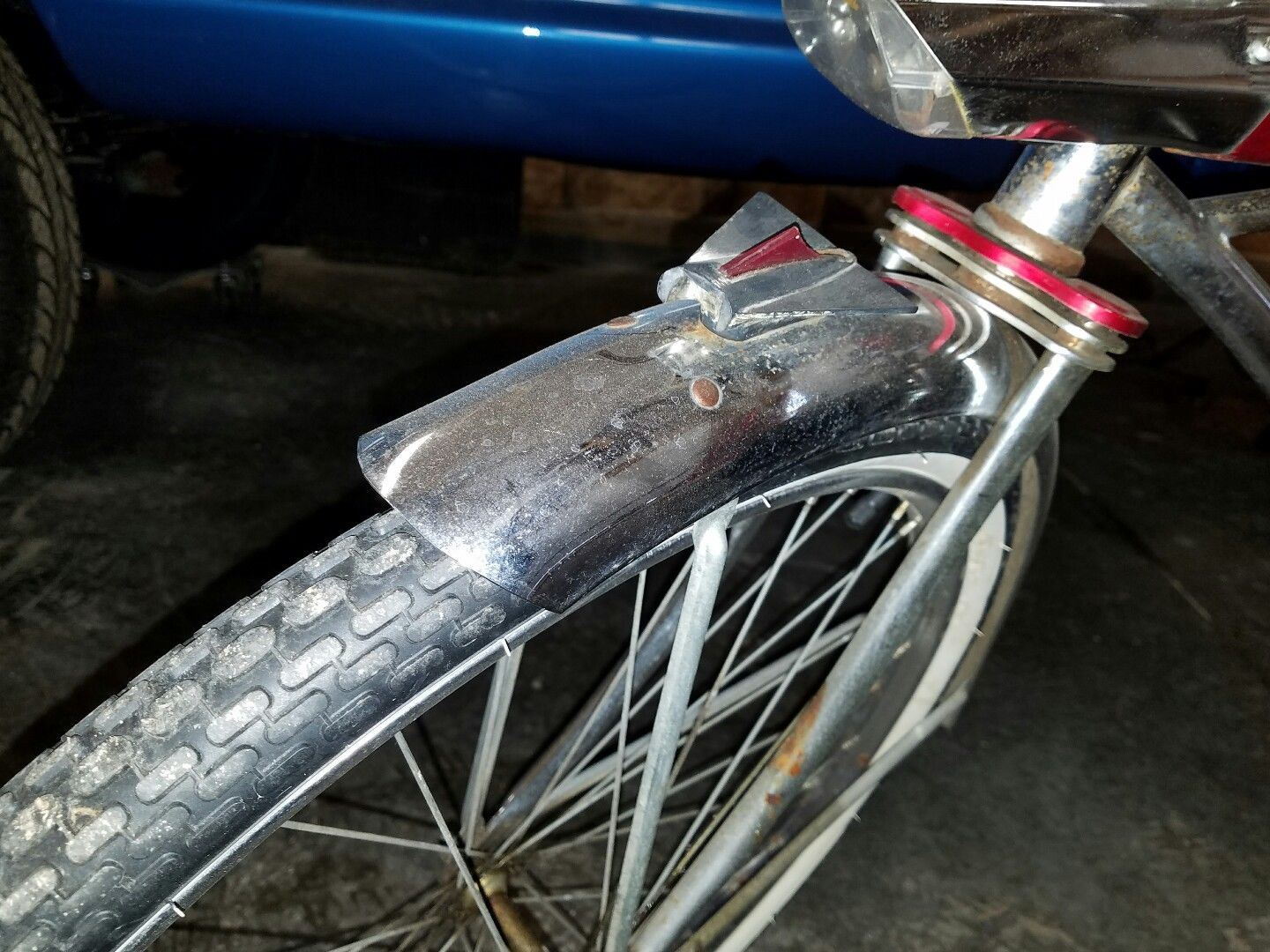 I think this was the fender ornament.
View attachment 896858
Click to expand...

Neat. I will look for that ornament, Thank you!

Nice! Huffy bought Monark in late '57. Once they used up Monark parts, they were all Huffy but the name.
-Adam, tinkerer of old bikes...and everything else!

The Fender ornament is/was a jet, here is a picture of the one that was on my Coast King (same bike, different name) built by Huffy. 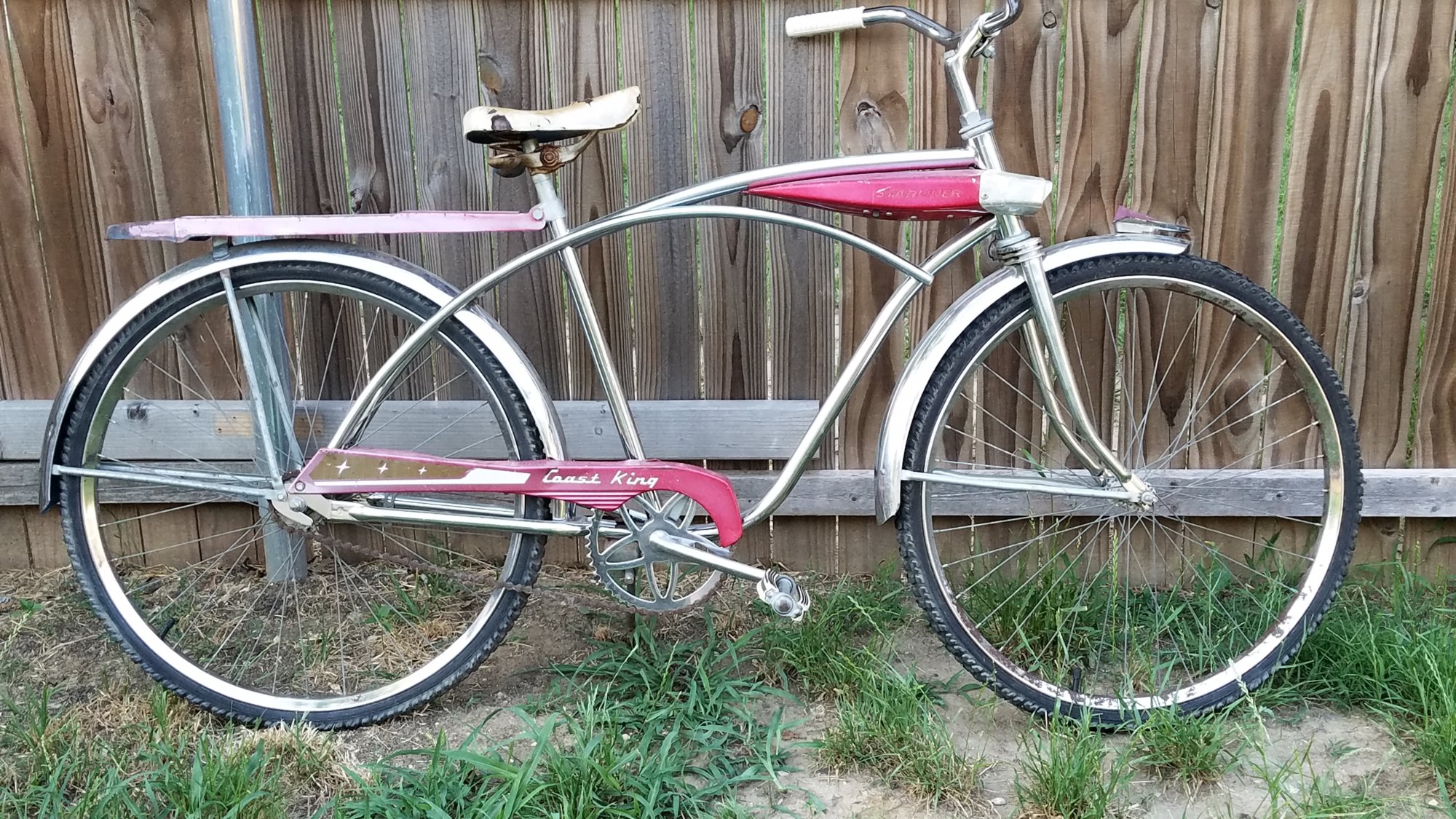 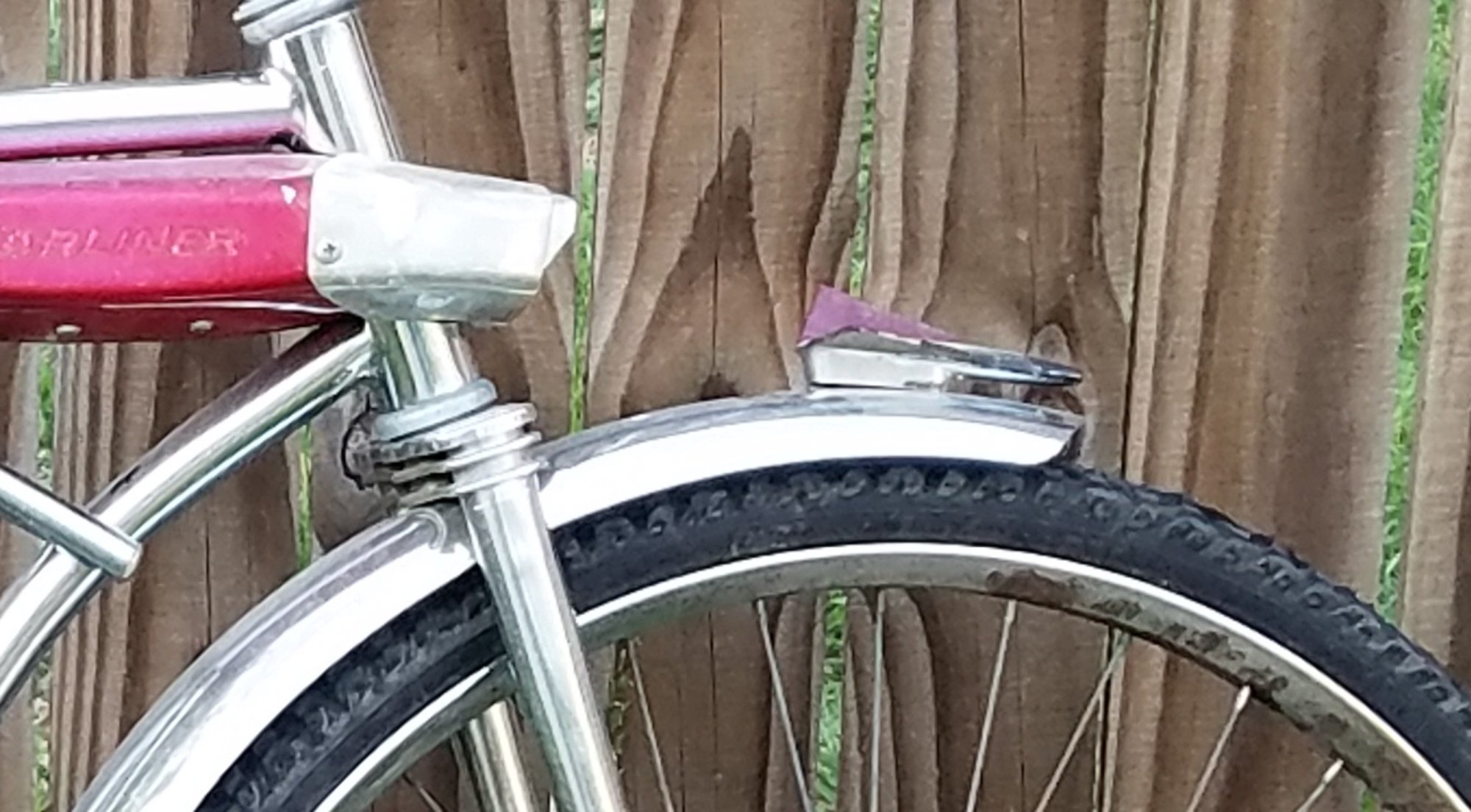 My friend said onions are the only food that can make you cry. But that was before I hit him in the face with a watermelon.

Colors varied over the years. 1961-64 Monark Silver Kings were typically in blue. 1965-67 they were red. Huffy Silver Jets varied. 1961-62 models were blue, ‘63 models in gold w/ black and white two tone, 1964-67 were red. Belknap Bluegrass models usually followed Huffy colors, a member here has one. The Coast King Starliner is a new one for me, and is also probably very scarce.

Fender ornaments varied in the early years, and yours is correct for 1961-63 models. I have seen it on Murray bikes too. Another one, featuring red and green jewels, was also used on Huffy and Columbia bikes. 1964-67 had the jet with the red fin, and that one is reproduced (both the fin and the complete ornament are available).

Your bike is 100% correct and original. I wouldn’t do anything but get the electrical items working and ride and show
NOW RE-MAKING PARTS FOR HUFFY RADIOBIKE! PM ME FOR REQUESTS AND INFO! INNER TANK WIRING SCHEMATIC LABELS, ANTENNA HOUSINGS, AND ANTENNA BRACKETS ARE AVAILABLE FOR ORDER!

I own four of these Dayton-built chrome domes...my pride and joy is this ‘65, everything works. I also own a blue girls ‘64 Silver King, a custom ‘66 Silver Jet, and I have a ‘63 girls Silver Jet in the middle of being restored. 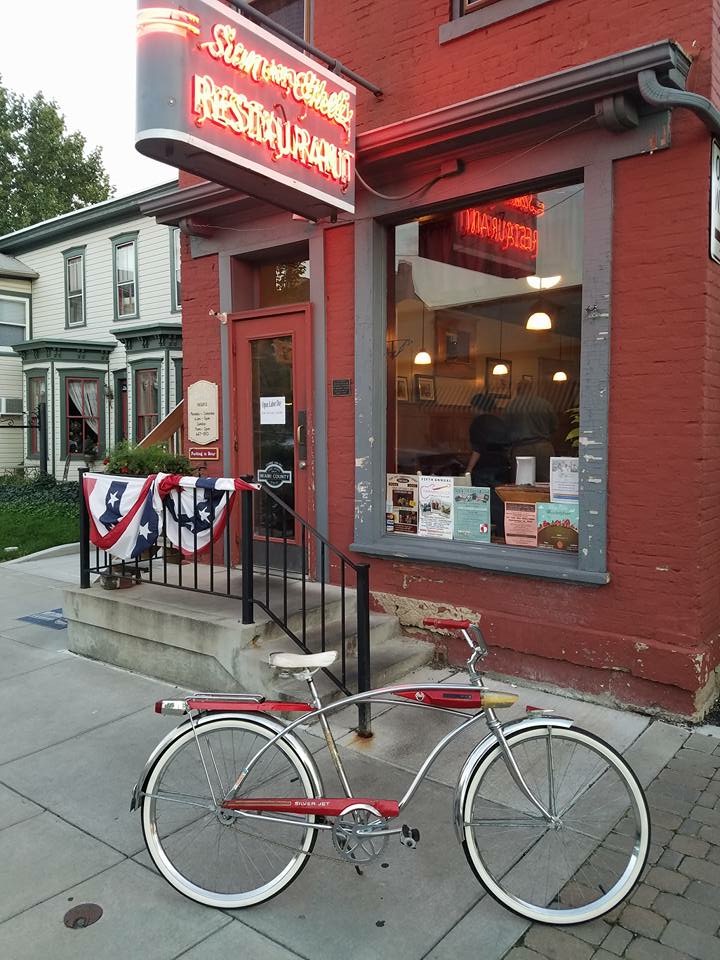 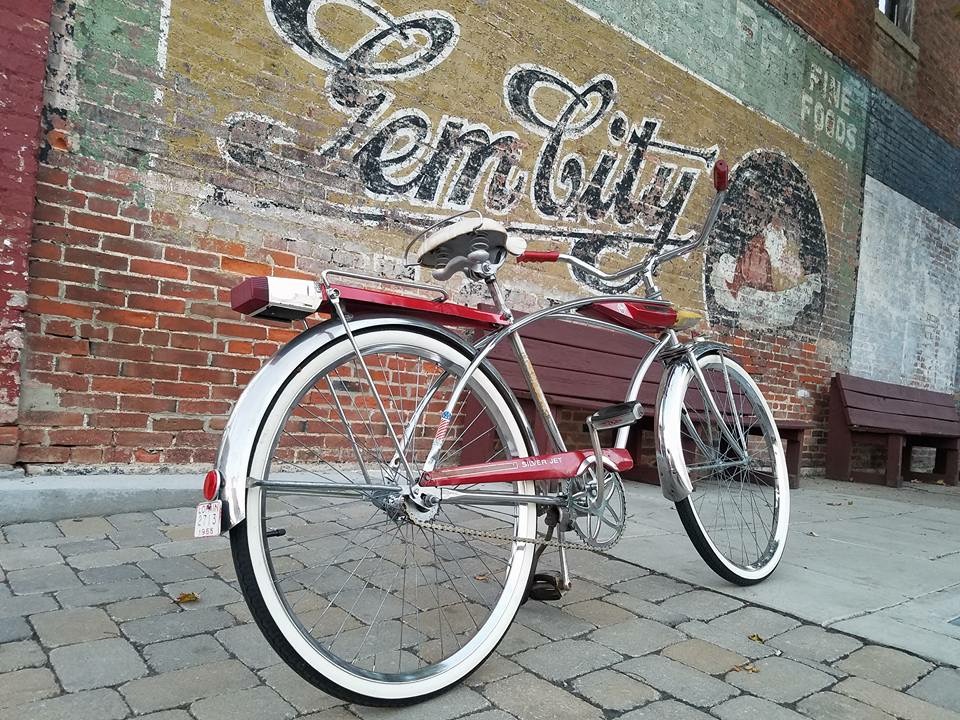 What a beautiful Monark!
NOW RE-MAKING PARTS FOR HUFFY RADIOBIKE! PM ME FOR REQUESTS AND INFO! INNER TANK WIRING SCHEMATIC LABELS, ANTENNA HOUSINGS, AND ANTENNA BRACKETS ARE AVAILABLE FOR ORDER!

the rocket ship ornament, as partsguy states, was also on Murray's, and is easier to find.

I have it on my 63' Murray built Flying O' Lancer presently, they are cool fender ornaments. 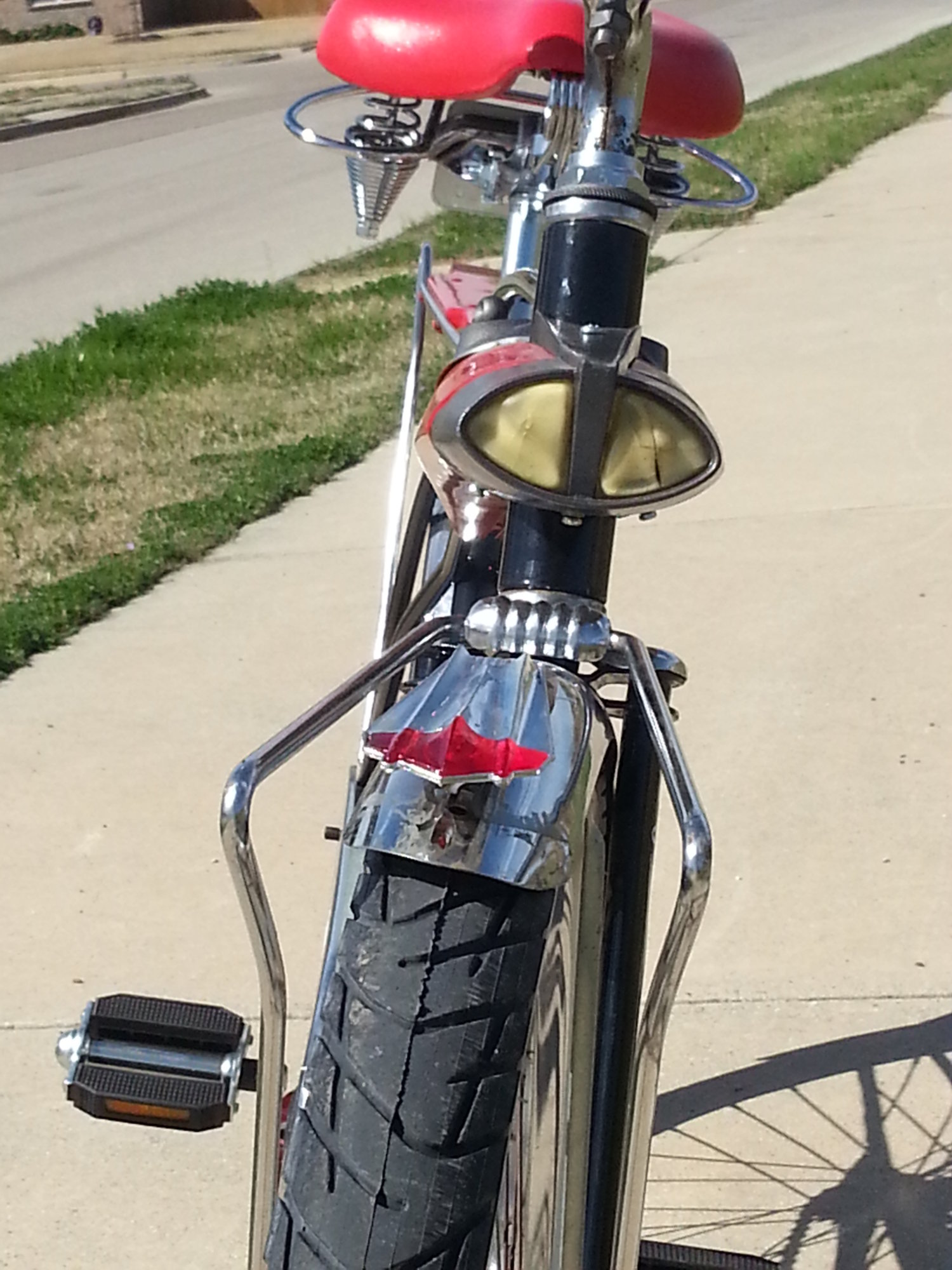 My friend said onions are the only food that can make you cry. But that was before I hit him in the face with a watermelon.
You must log in or register to reply here.

BEFORE AND AFTER 1966 Huffy Silver Jet Rat Rod