Well, I’ve been busy the last week or so resurrecting a cruiser frame that has been outside in the backyard since I bought the house in 98. I’ve always thought that this one was too far gone to bring back to life. About a week ago, on Danny the Schwinn Freak’s “Let’s see some 70’s & 80’s Spitfire and Cruiser” thread, some of you guys helped me narrow down when this bike was built - thanks! According to the serial number and head badge, the frame was made in 84 and the bike was also assembled in 84 (badge # 2704). Since I have recently retired, I have been bitten by the biking bug and wanted a daily rider to complement my Spitfire. So I cleaned and lubed it up, got a pair of S2 rims and new tires from a longtime Caber (who was great and thanks for helping out a newbie like me!) Below are photos of how the bike looked when I drug it out from behind the shed, one or two of the build and a night shot or two, because I just got the seat and grips on a few minutes ago and took it for a test ride. Rides great, but I think a pair of taller bars may be in order. It may be a pretty unremarkable build, but it was my first and though not through with it, pretty pleased with the result. Let me know what you think! 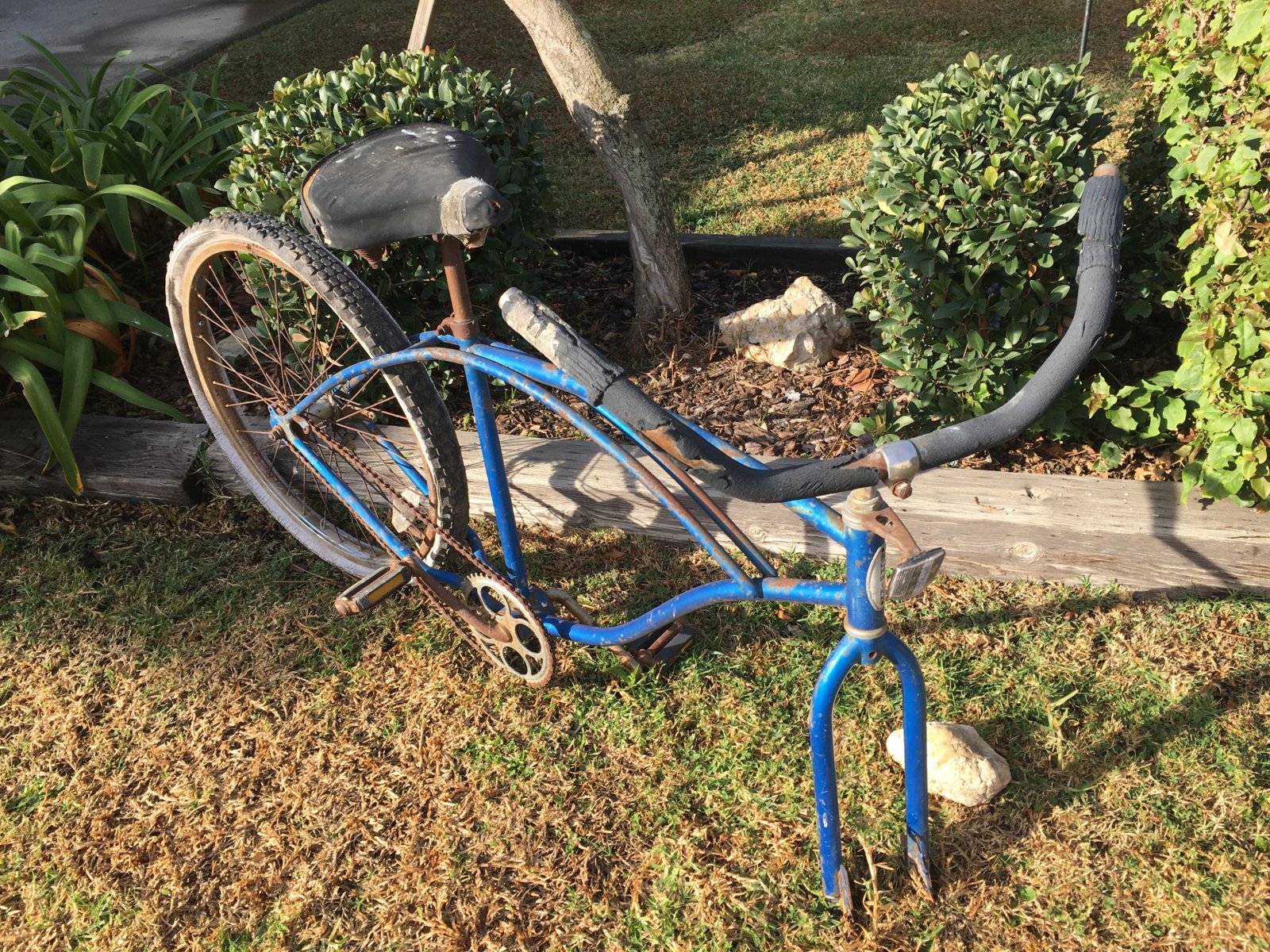 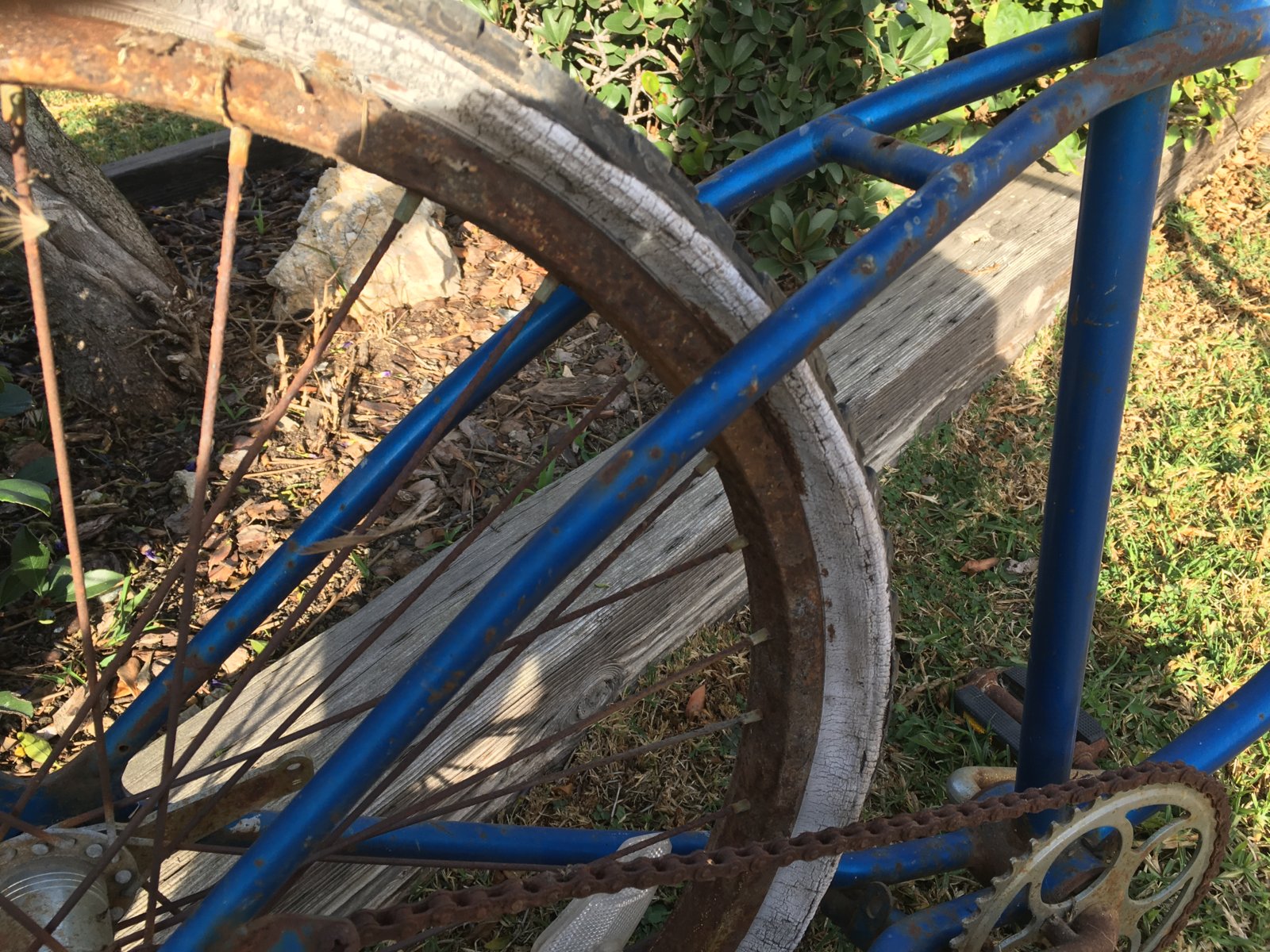 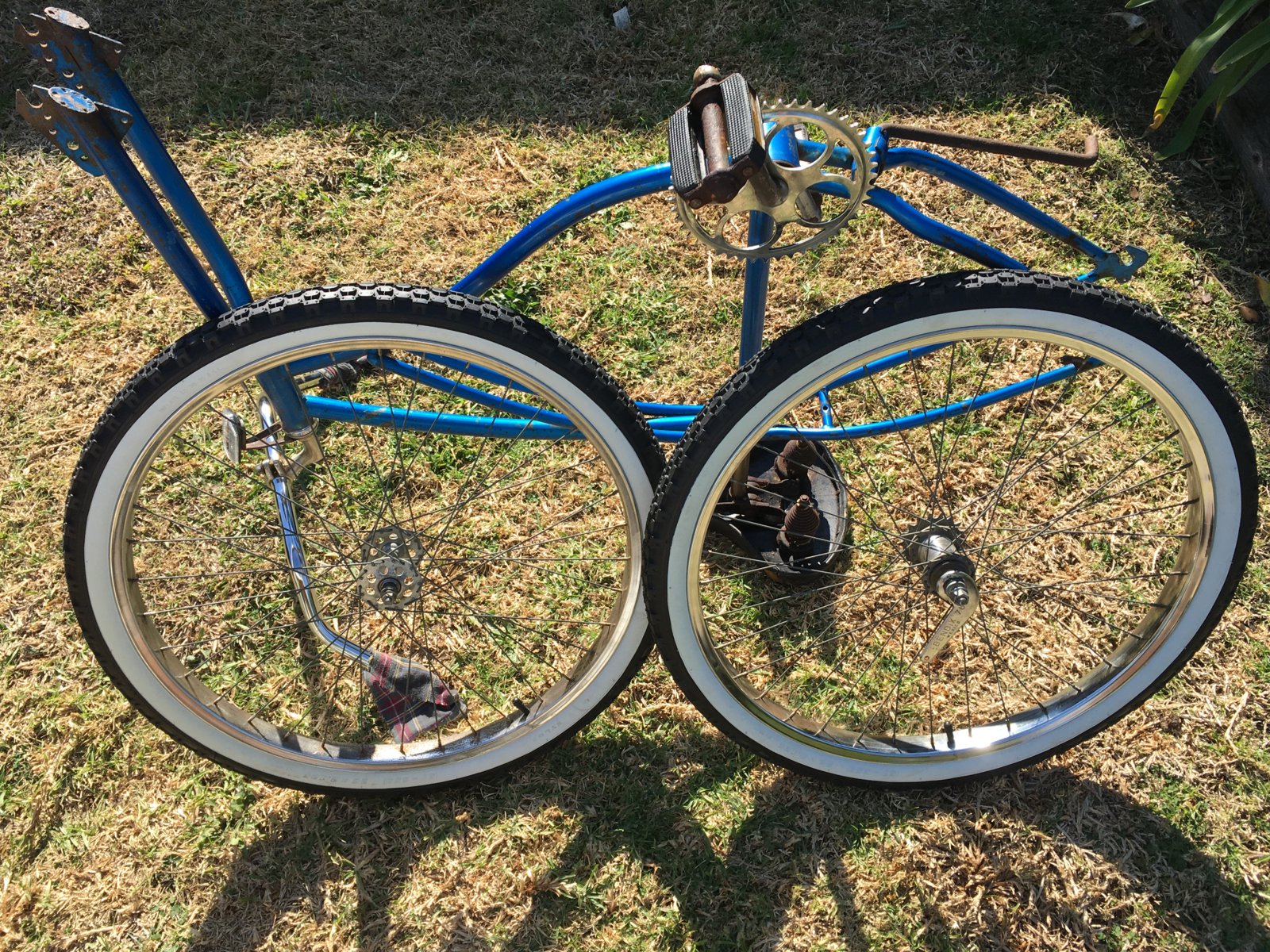 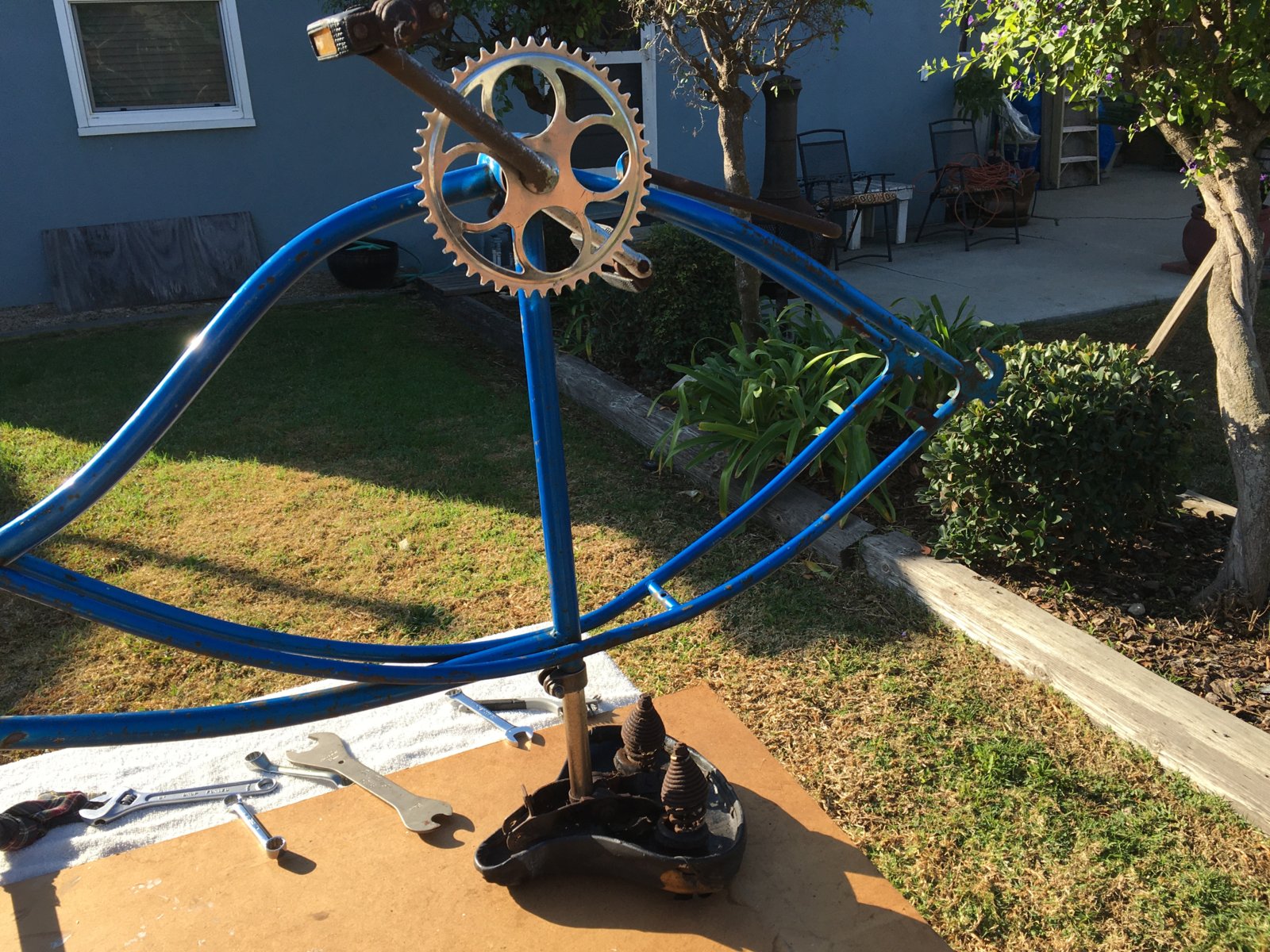 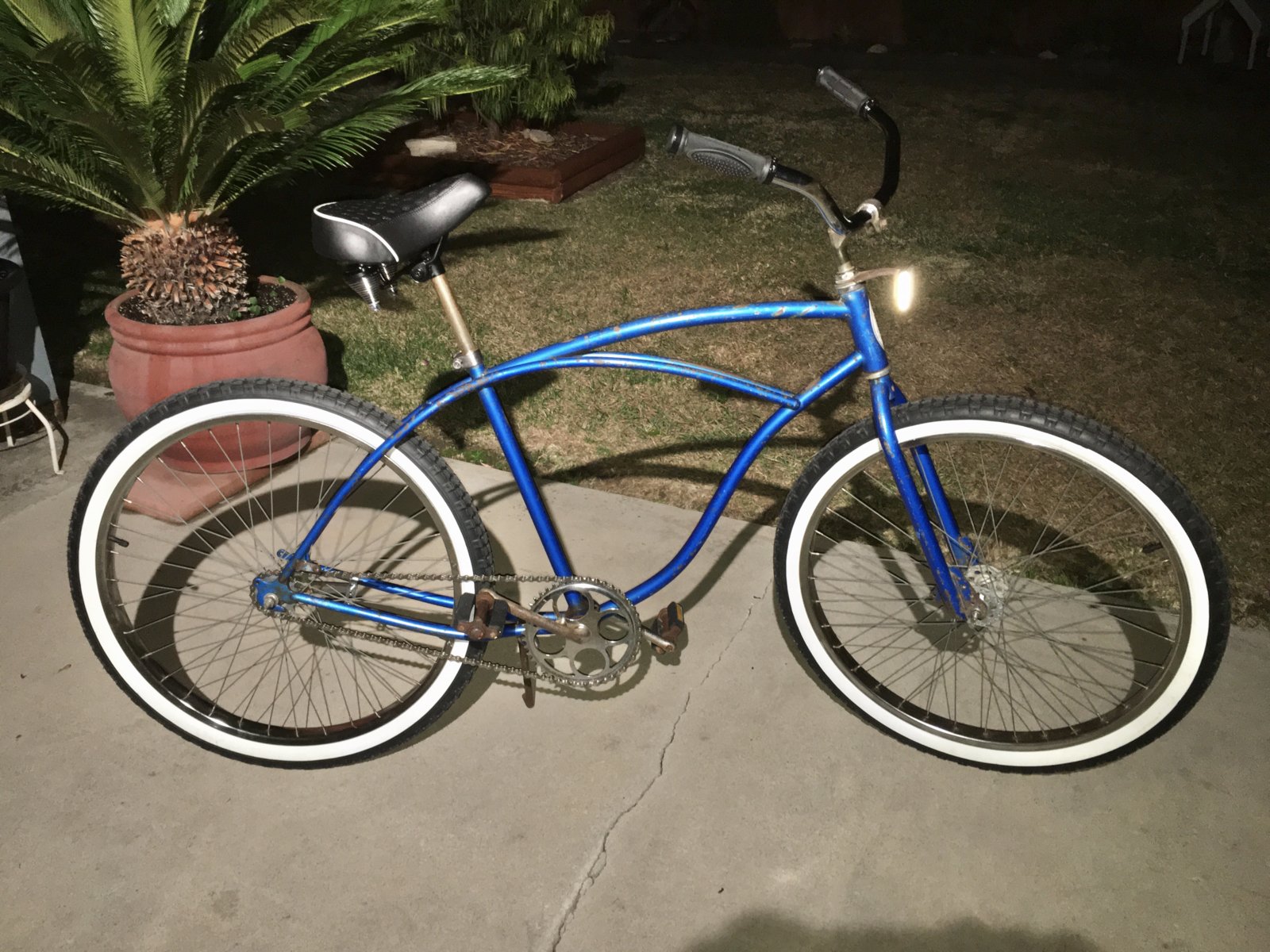 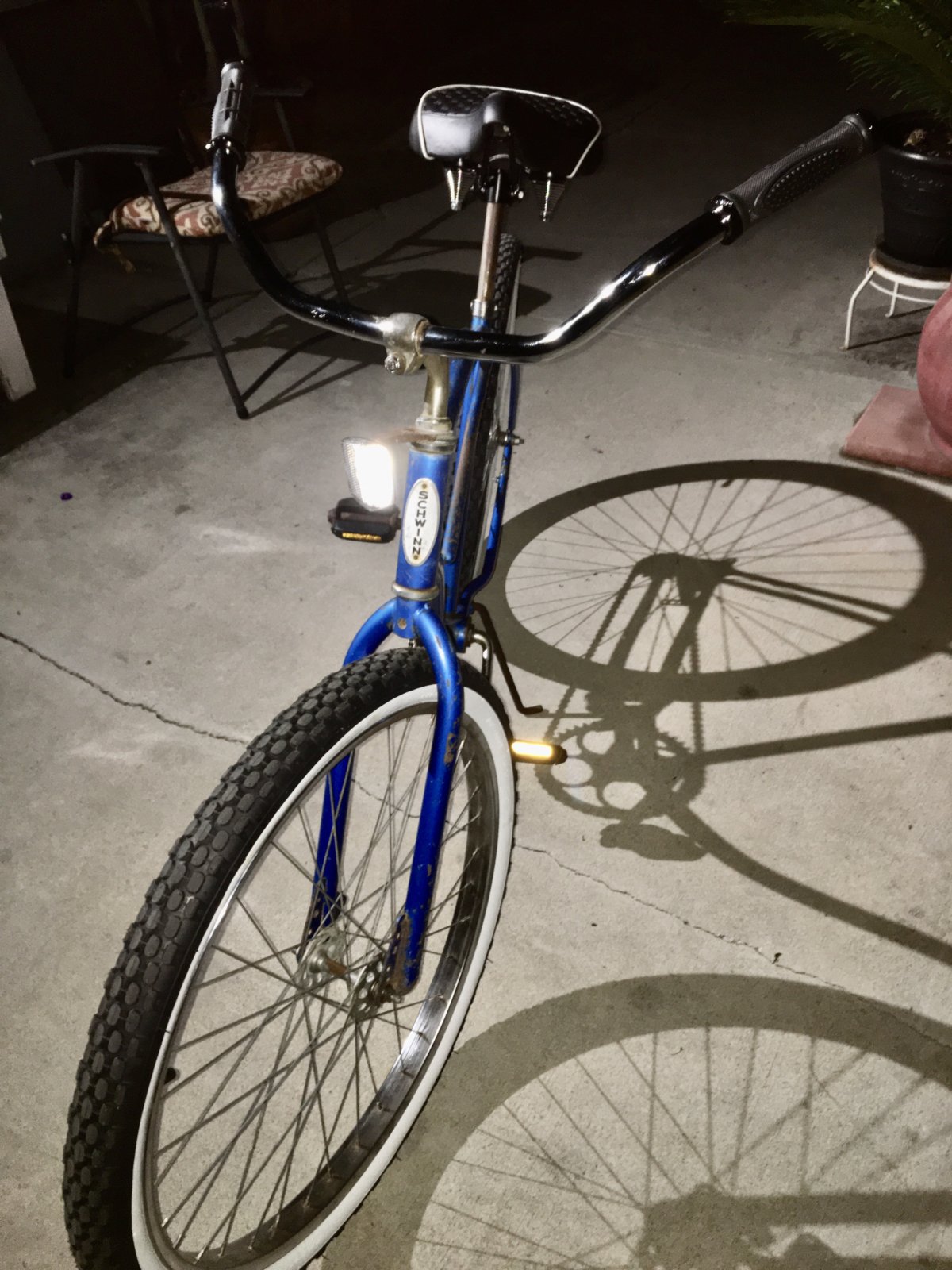 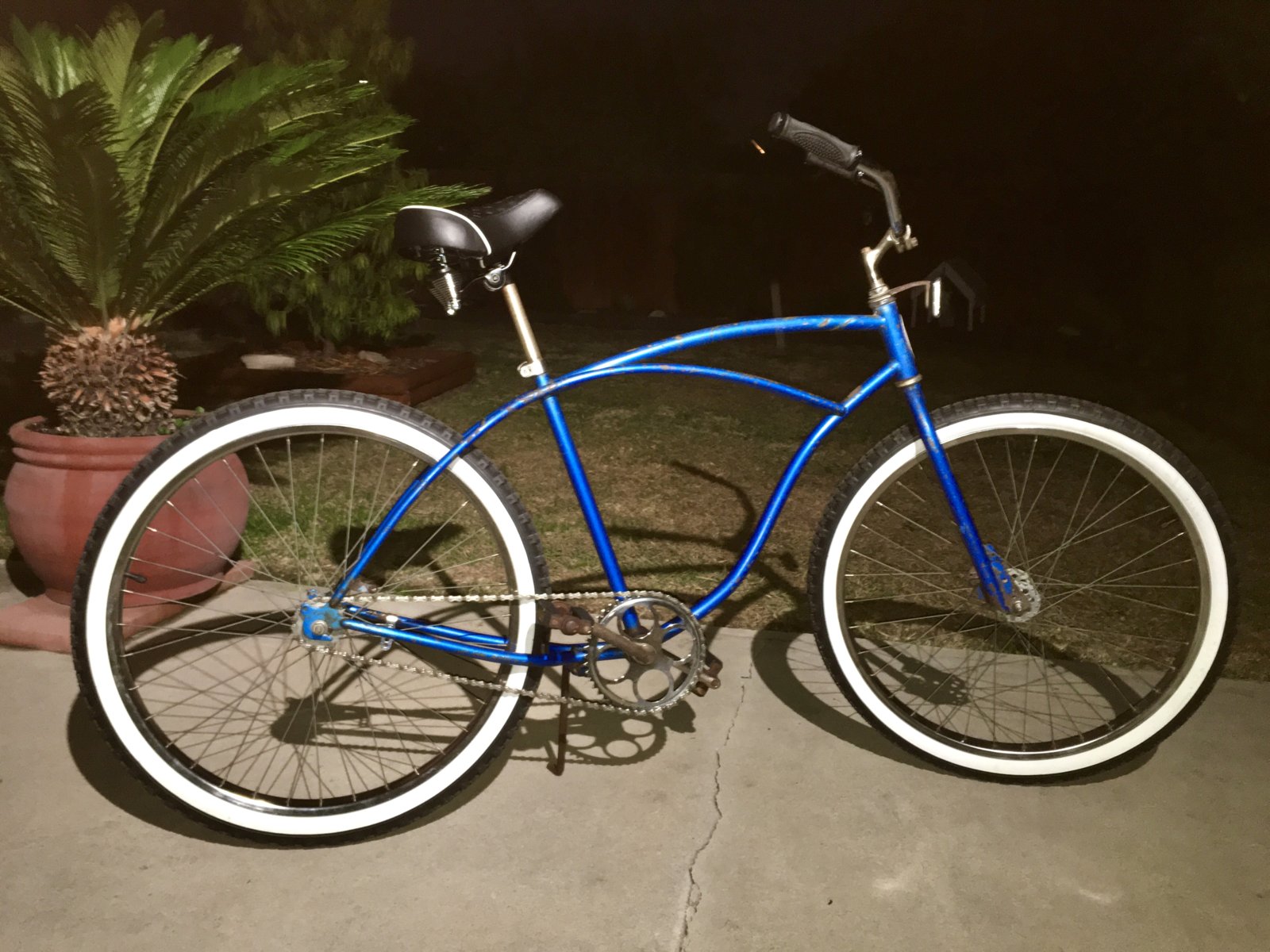 SoBayRon said:
Let me know what you think!

Did that chain clean up like that or did you put a new one on? I have one similar from my old Monark if I'm not mistaken.

Yes, it is a new KMC chain. The original was not only very rusty and crusty, but it also had a broken/rotted link.

Nice job on the clean up. You saved a bicycle that was headed for the metal recyclers and turned it in to a rider.

Thanks, Tim the Skid - it will have a new life!

Excellent work and save. That blue is looking sharp.
Hammerhead
G

Awesome job! I just started on my 81 western flyer hope it finish out as good as yours.
G

Grumpy Grampy said:
Awesome job! I just started on my 81 western flyer hope it finish out as good as yours.
Click to expand...

It's my first time also