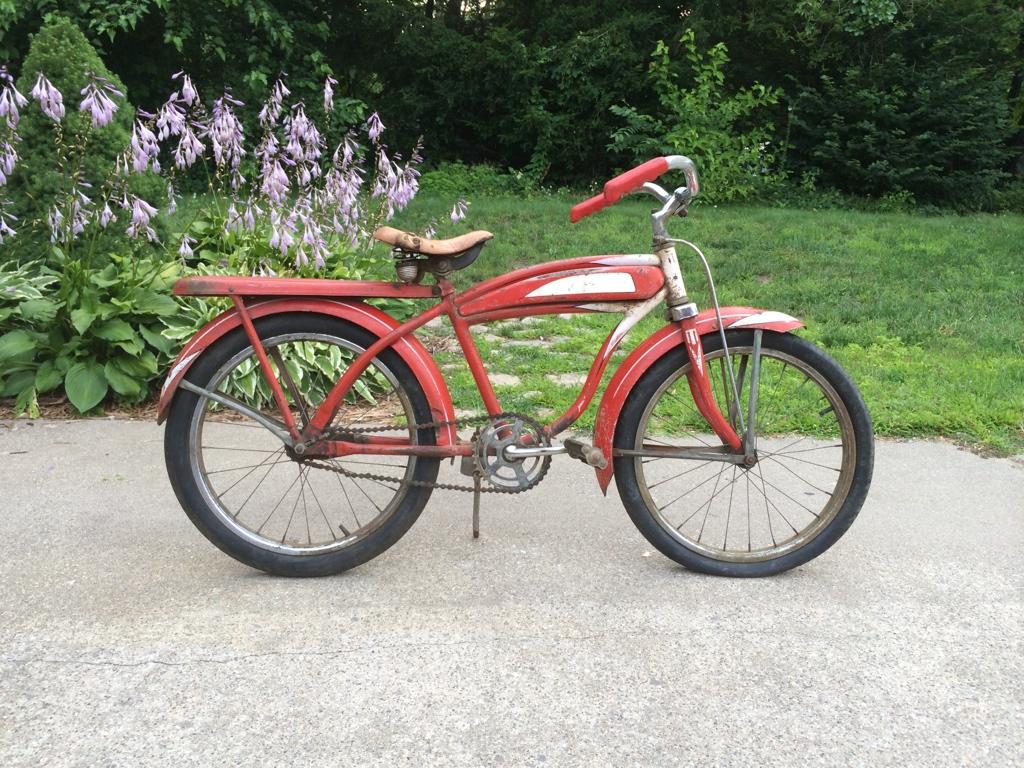 Except there was a name on the tank, and I think it was "Roadmaster."
I hated the damned thing. It weighed more than I did and all the other kids, including my younger brother, had kool bike that were in the style of (but were not actually) Schwinn Stingrays.
Even my little sister's bike was better.
Eventually, my dad and I stripped all the garbage off the bike, got narrower tires, painted the frame yellow, added ape-hangers, a black banana seat (with big silver metal flakes in it) and a sissy bar.
Reactions: Schwinnbikedude, JLF, Balloonoob and 3 others
You must log in or register to reply here.
This ad goes away when you register for an account!
Share:
Facebook Reddit Pinterest Tumblr Email Link
Top Bottom