Picked up this Old Armstrong Today...

Traded a few bike parts for this Armstrong today. Supposed to be a 31' but I dont know.
It rolls easily. the rear hub clicks away as it rolls. Armstrong marked hubs. The head badge is a decal though which seems to be later than 31' right off hand. Not in terrible shape all the way around but Im not sure whether it is worth spiffing up. I especially like the three speed derailleur situation. Parts might be a bugger to get here on this side of the pond.... in the desert.
Are there any Armstrong aficionado's that can give advice or help a little in education and prognosis? 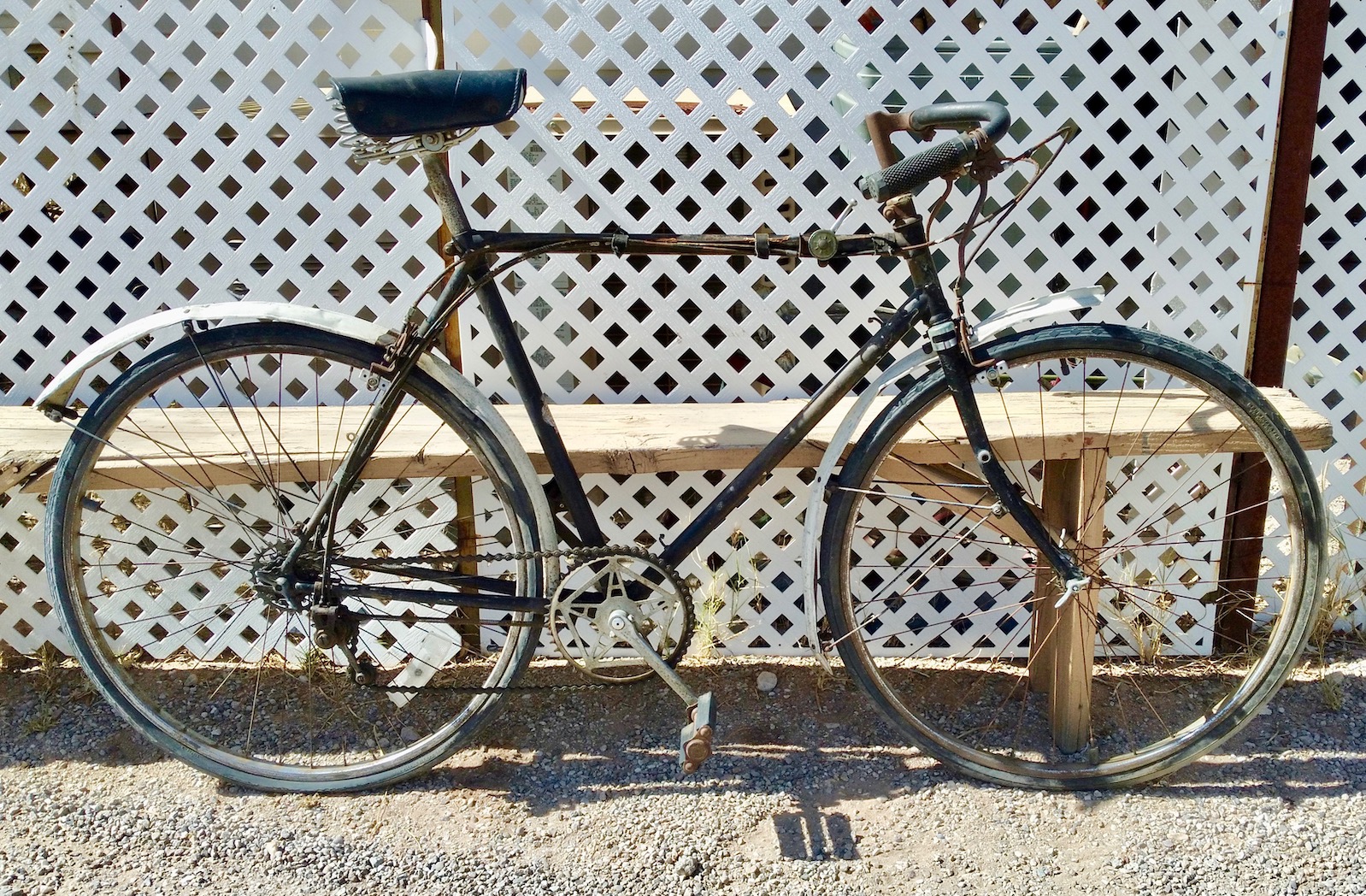 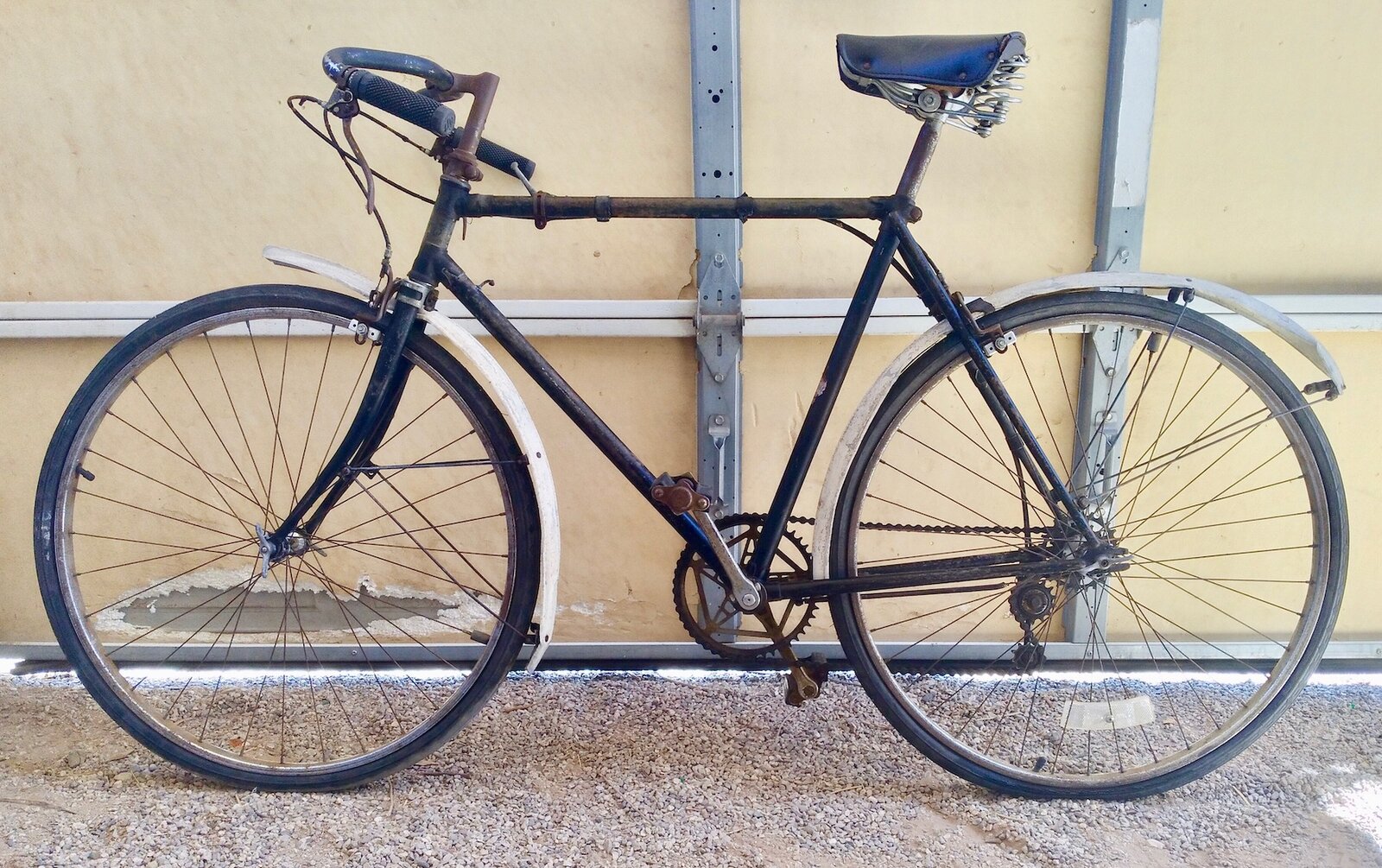 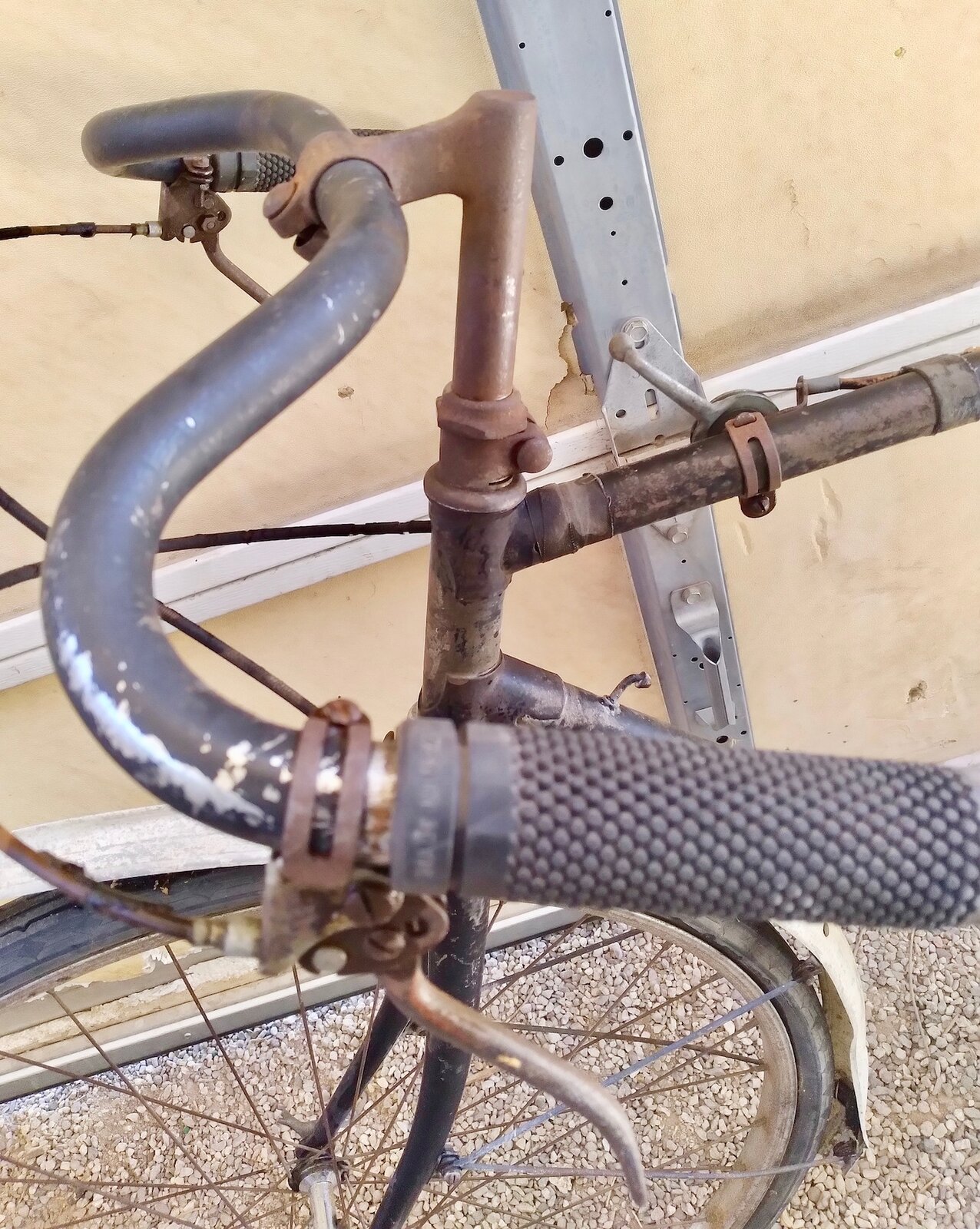 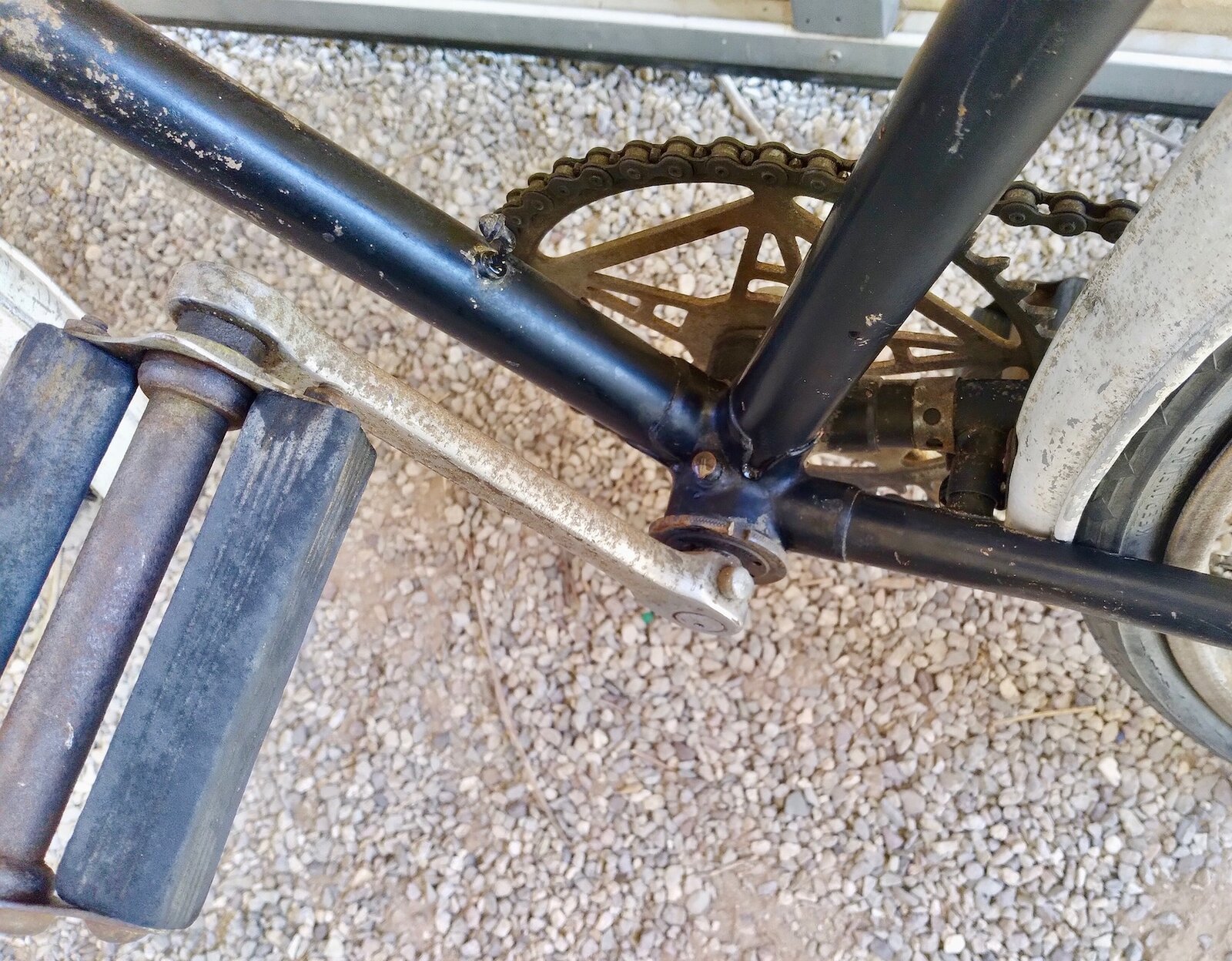 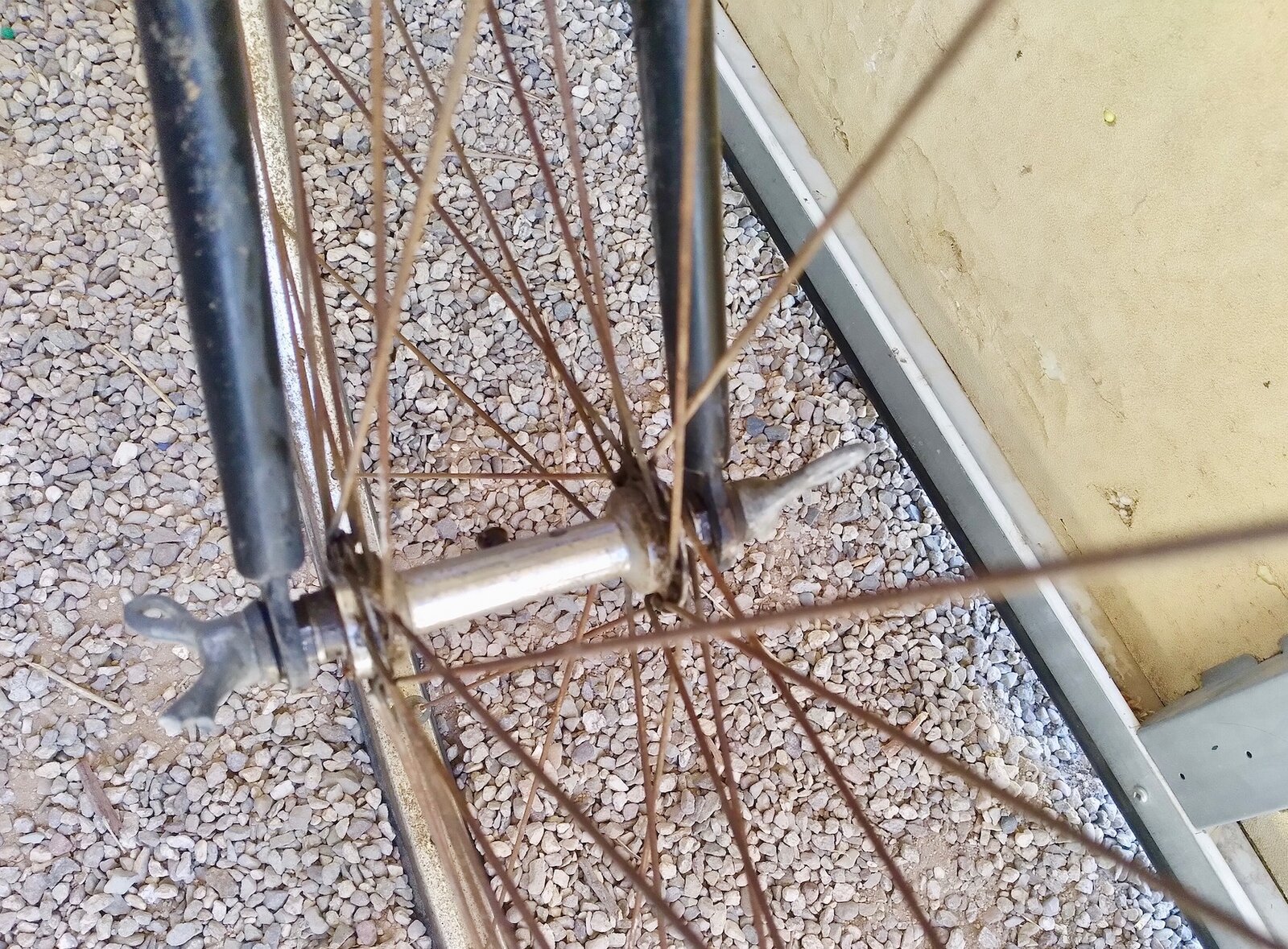 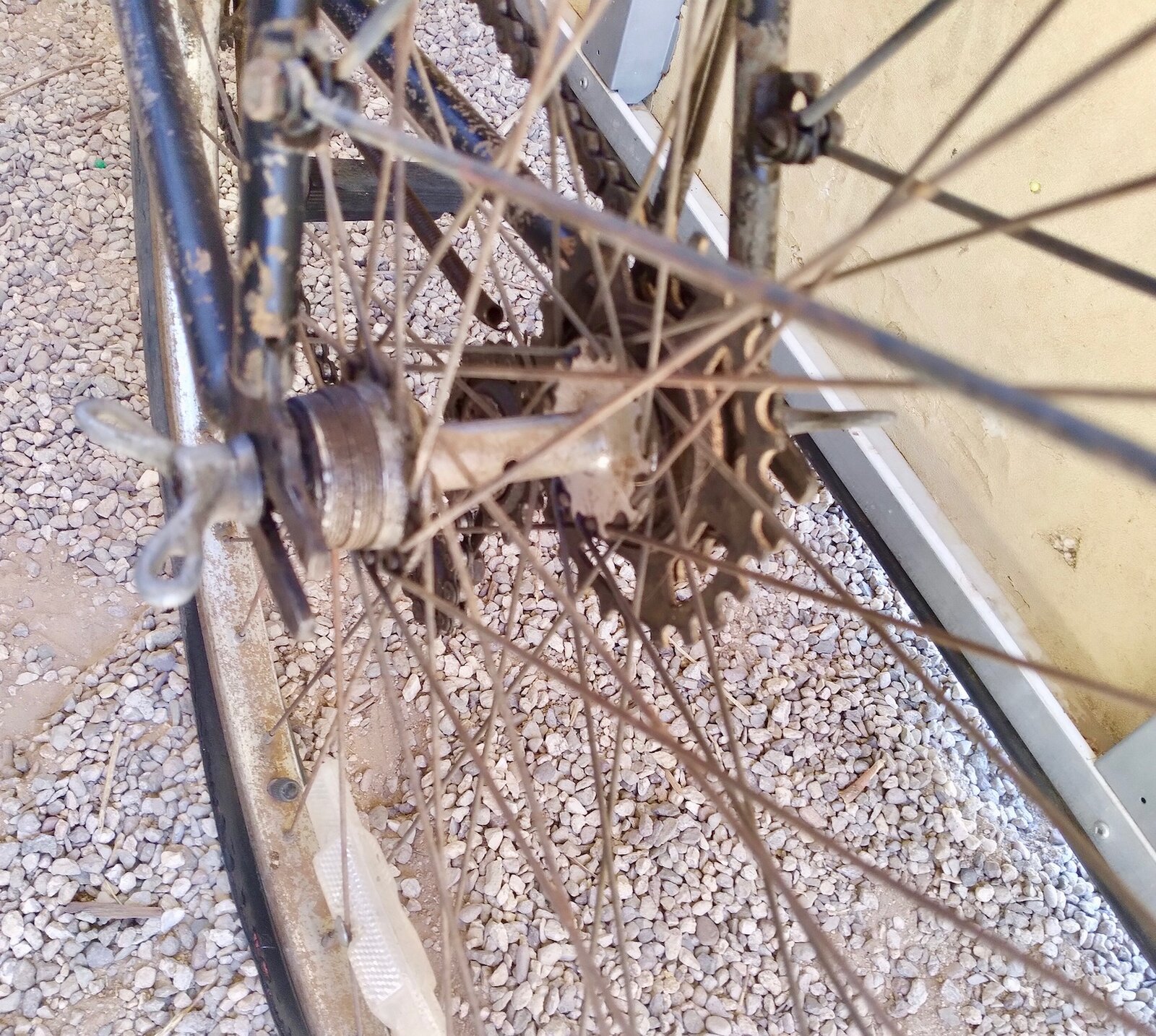 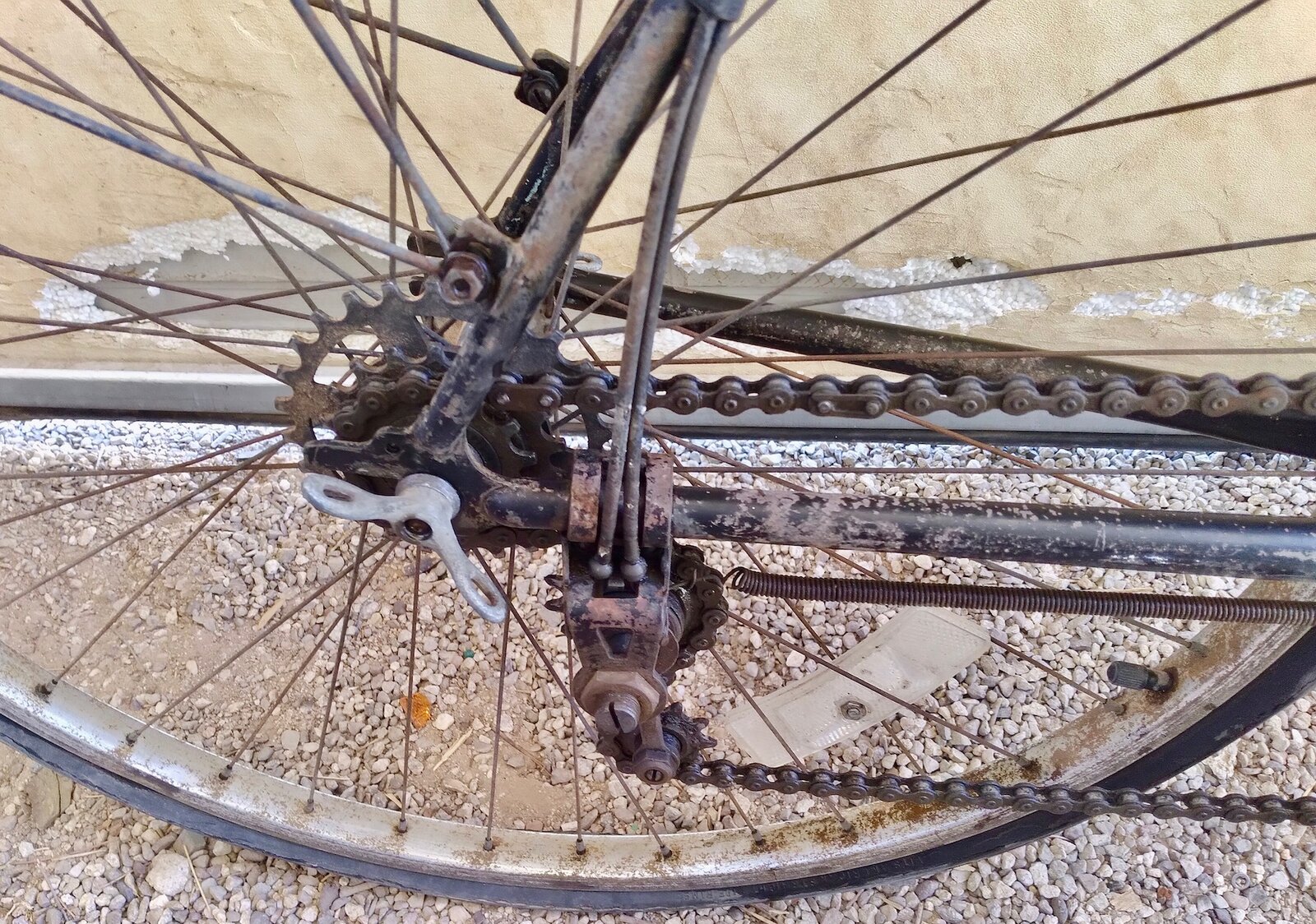 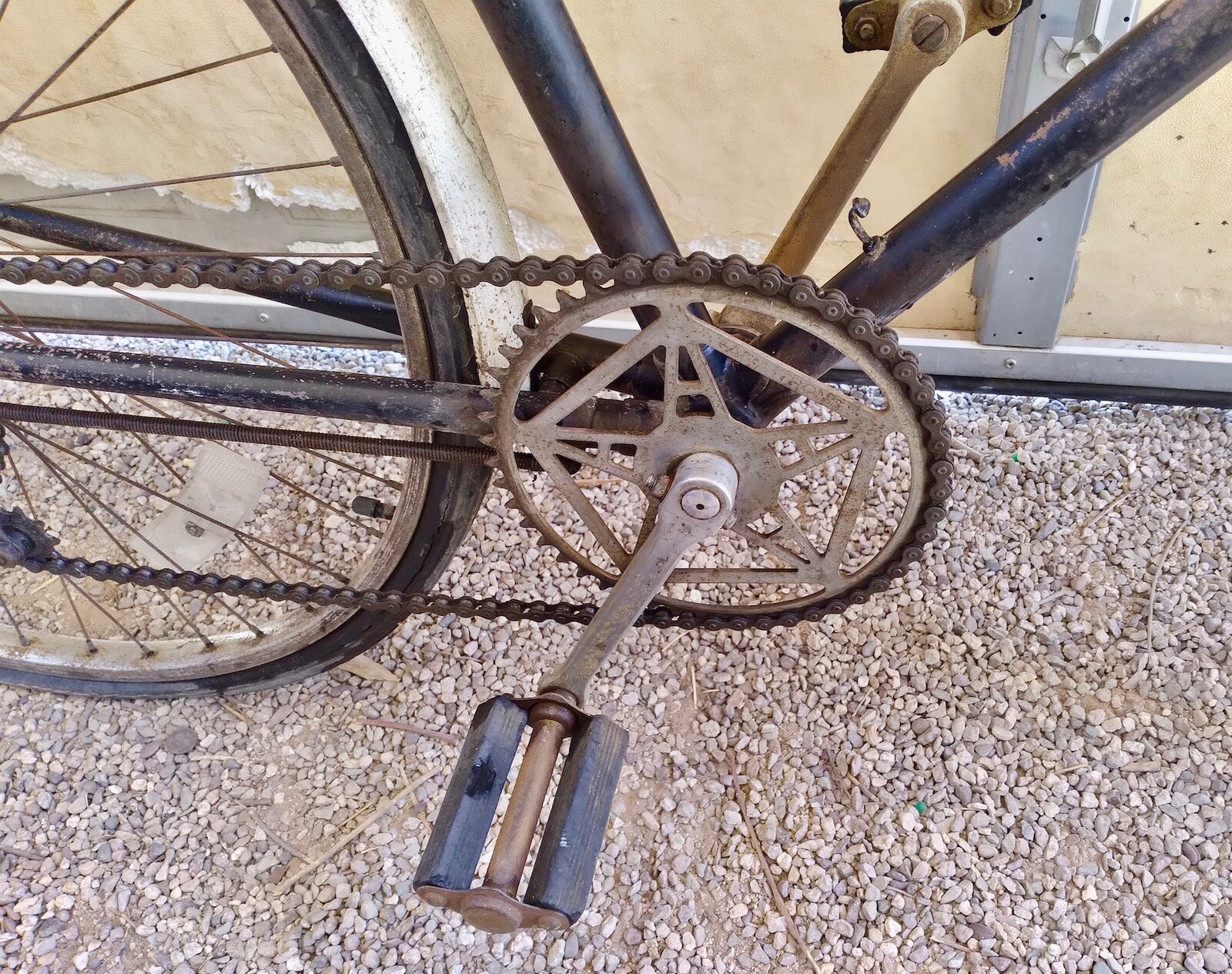 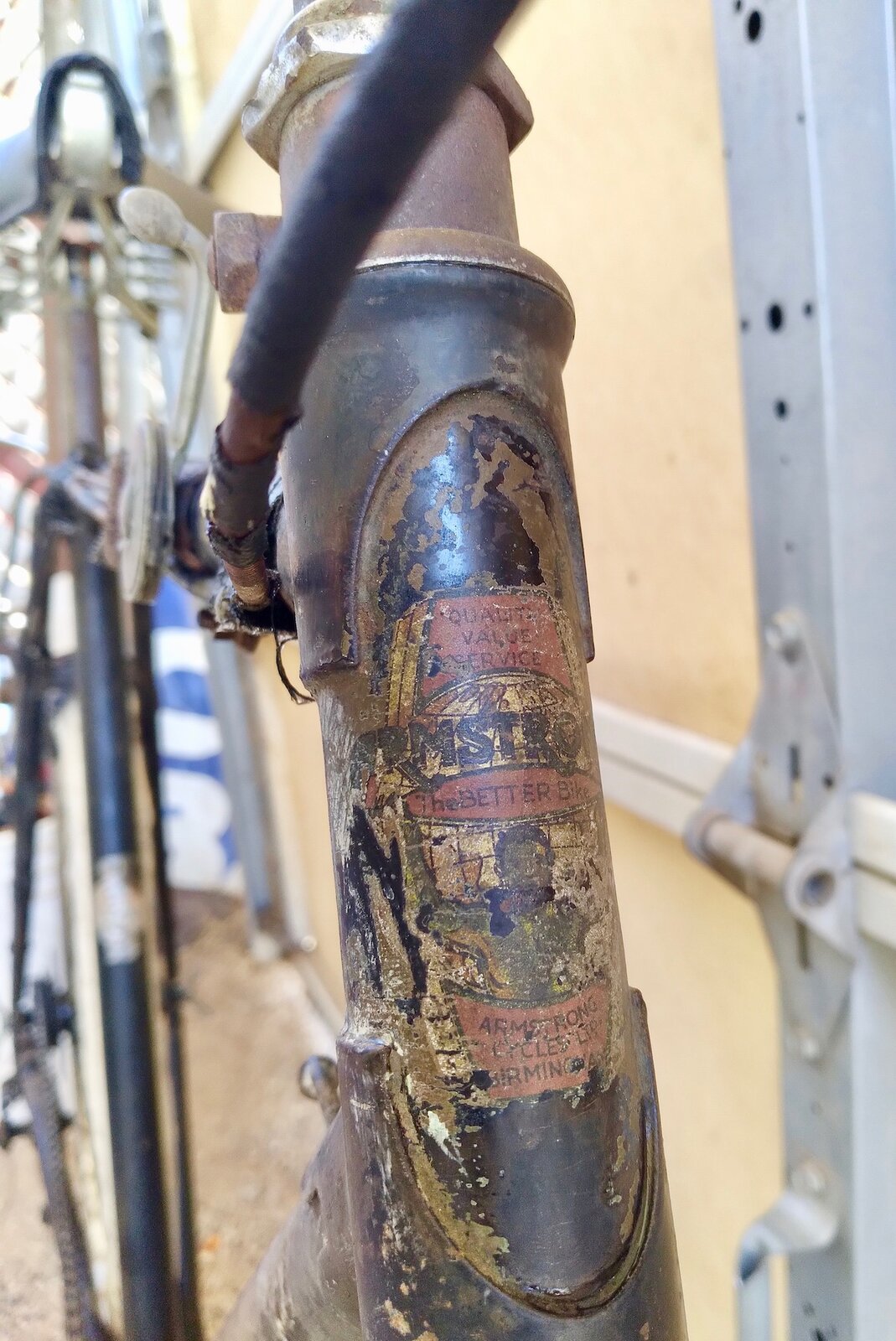 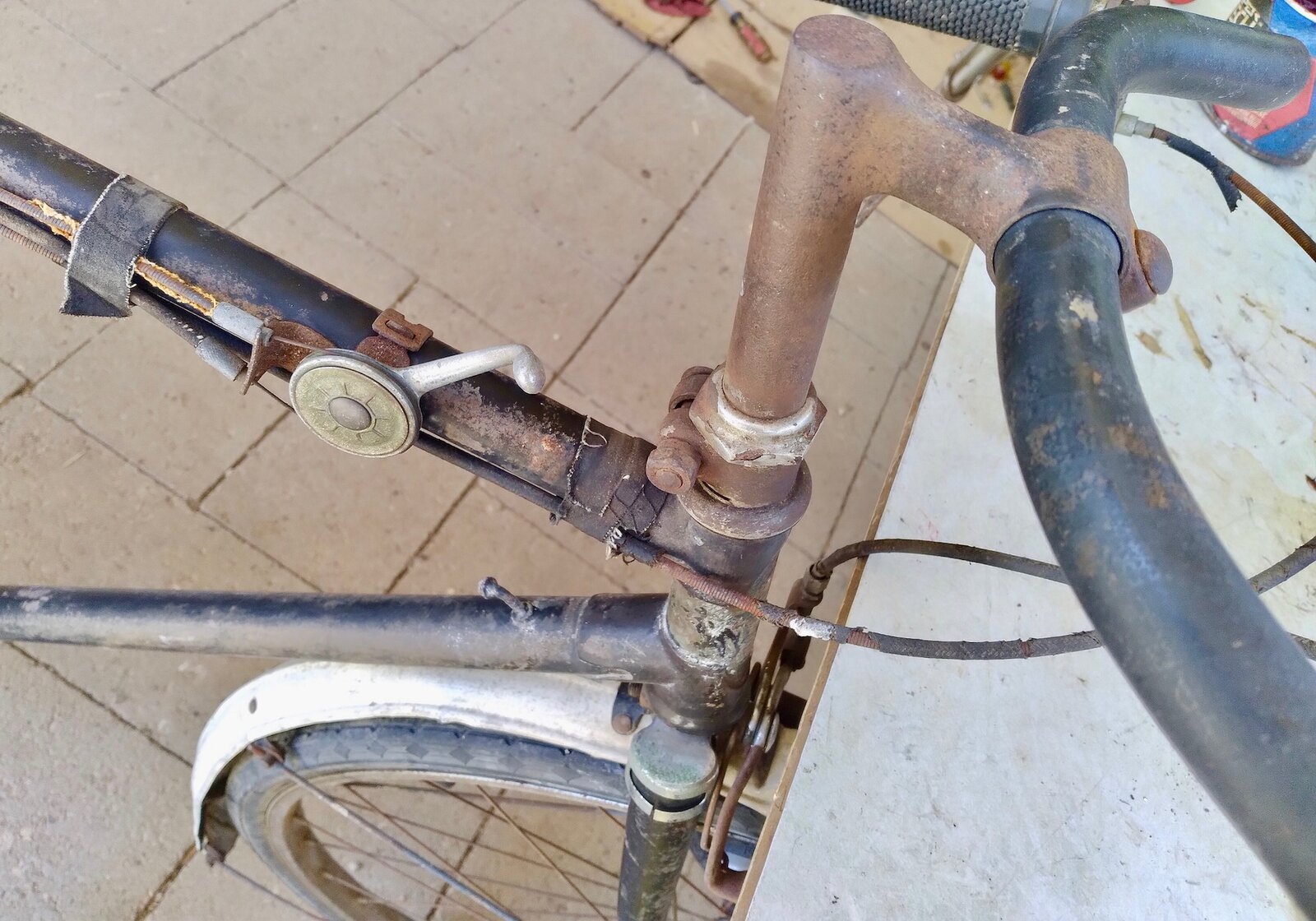 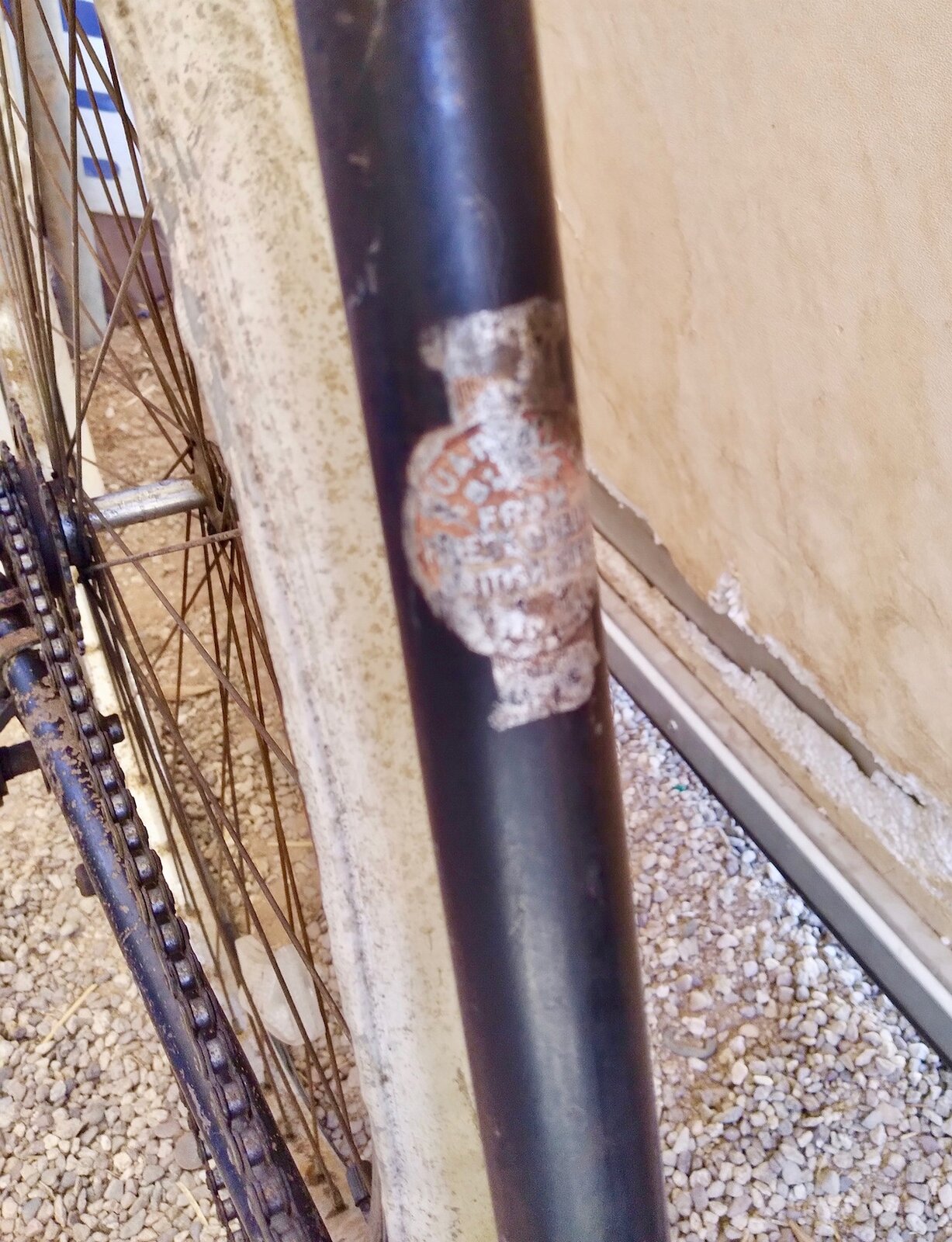 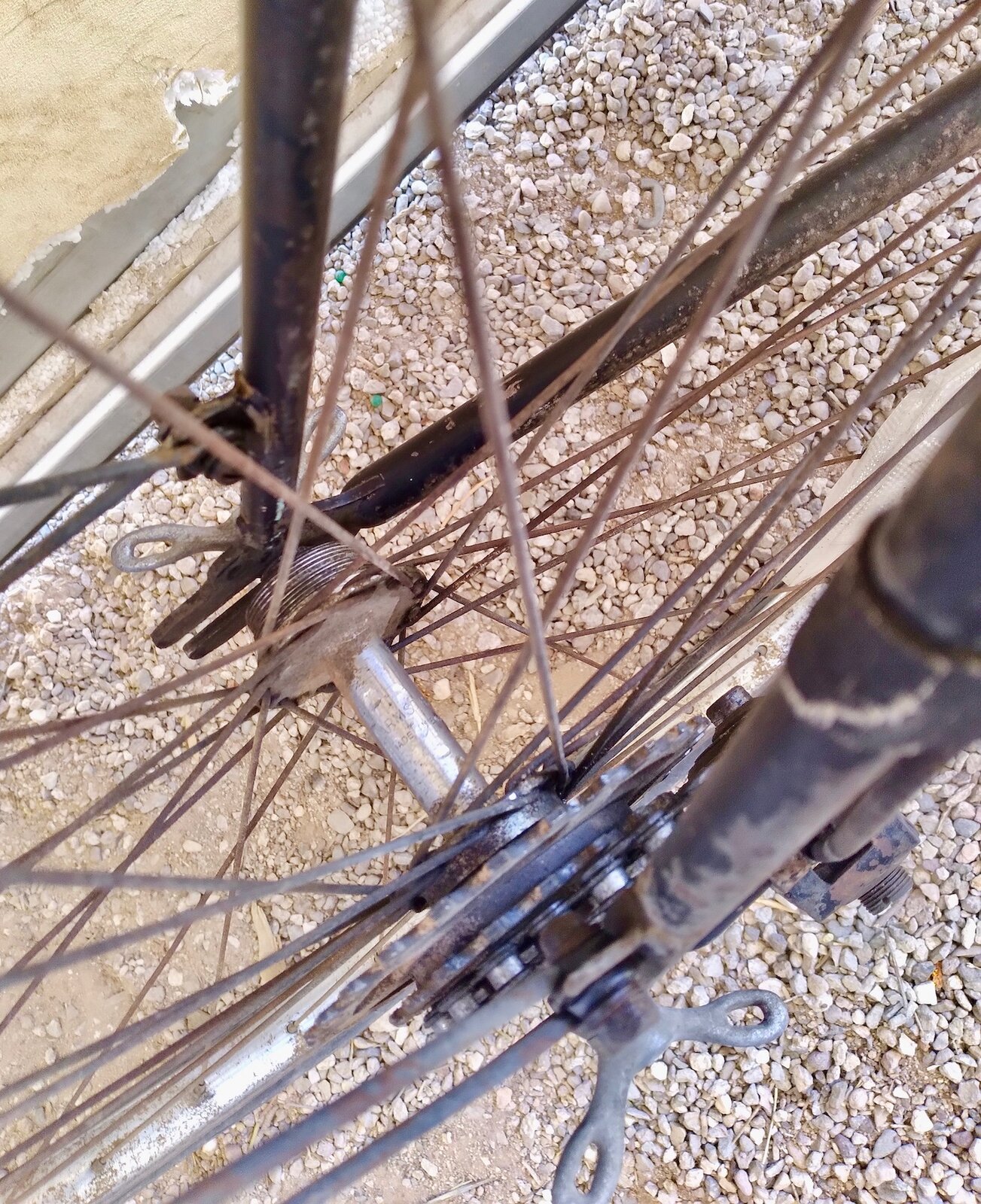 What sort of drivetrain is that? V/r Shawn

Looks like an early 'Cyclo' Standard set up to me.
From the British offshoot ("The Cyclo Gear Co.") of the French "Cyclo" company.
UK patent..... 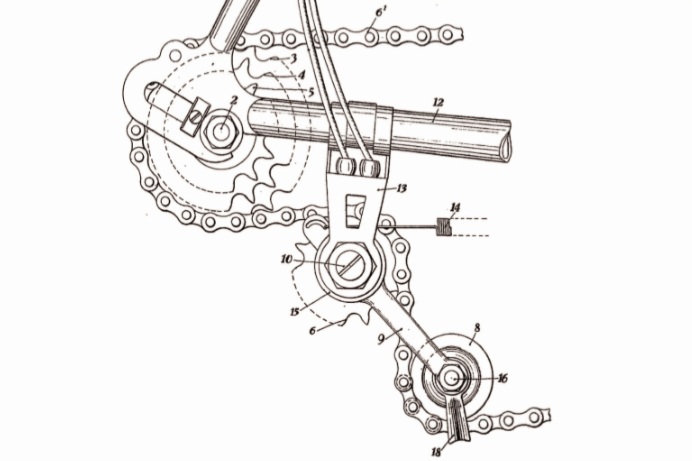 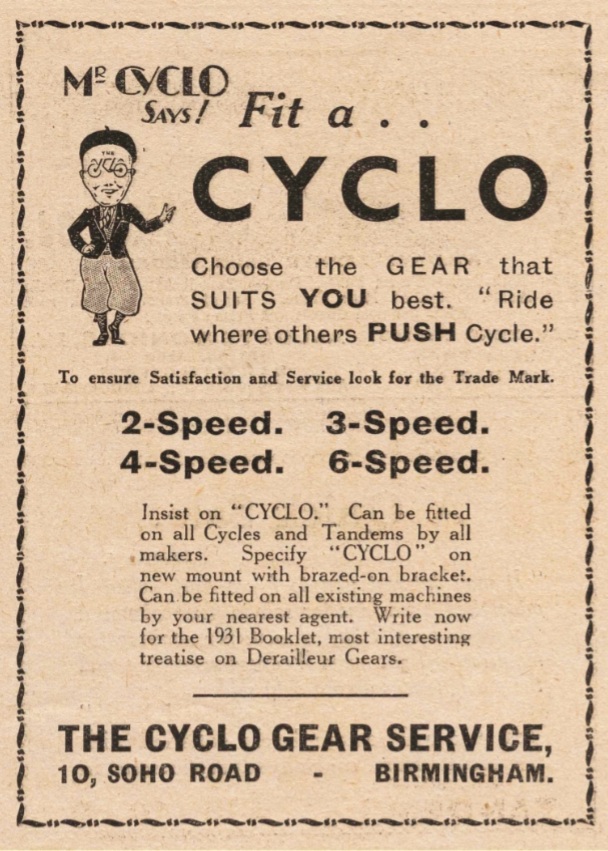 I'll have a look to see what catalogues the V-CC has from this era a bit later @Schwinny.
I know they sold just framesets as well as complete bikes throughout their history.

I found a 1930 Armstrong Catalog on "threespeedhub" website but that site hasn't been updated since 2015 and is marked as a hacked site which can include terrible things for us to pass around so I'm not going to put anything on here, from there.
There was one model, #33 Tri-Velox sports model, that looked similar. It is the only one that showed or included this type of gear system. They called it the "Tri-Velox" but not who makes it for them. It also mentions "celluloid mudguards" and after I read that I went out to look, and these are actually the original celluloid fenders. Shrunk up as they should be after 90 years. At first I thought they were later plastic add-ons. I just tossed the bike on top of a load of branches in the back of my truck when I got it. Luckily, no damage to them. They are solid but shriveled. I guess being allowed to off-gas in the open kept them from melting themselves or spontaneously combusting as celluloid does. <corrected below>
I also thought that someone had flipped the bars as people do and probably spray painted them black, but the catalog shows all their bikes with these bars and many are painted black.
With the coolness of the drivetrain and the completeness of this bike, I may be in trouble...
I first thought I would pass it on or get parts to people that needed them but now... Im not sure of anything
I may be infatuated
Last edited: Jun 11, 2021

It’s ok to go over to the dark side every now and then! V/r Shawn

They look like 'Lauterwasser' or 'North Road' pattern bars. Typically quite shallow drops both of them.
On some of the 'Tri-Velox' gear systems the rear gear cluster/cassette moves while the derailleur mechanism remains stationary, I don't think yours is one of that type.
Heading over to the V-CC library site now.

Under further "un-embibbed" sunlit morning scrutiny that included more than a 60 watt overhead bulb, The fenders have the remnants of an Armstrong decal on the rear but they are not celluloid. They are super thin aluminum, Shark fin front. Perhaps added after the originals cracked up early on when Alum became widely used?
The derailleur reads "Cyclo B ham Patent" and the mount is bolted on the stay, not brazed. the derailleur moves, not the cassete.
The rims are Dunlop EA1 that had a black 2cm wide stripe painted around the centers where the nipples go through it. And directly opposite the tube valve is one short spoke attached to a wheel weight attached to the rim.
All cables are cloth sheathed and freely work but are ratty.
Meteor #3 pedals
Fibrax brake shoes with Alum. buckets. later correct replacements I guess
Later Brooks cushion saddle
Original Black Paint, Remnants of a down-tube decal that is similar to a restoration decal I saw when searching. Block Letters but it is barely visible as an outline. The restoration one I saw read "ARMSTRONG - MOTH"
The wheels, crank, head, brake calipers and shifter/ derailleur all work freely
In the condition it is in, I think I could actually restore this bike with the one main issue being the cables.

Super cool. Definitely fix it up and ride it. You got a keeper there.
S

Pre war cyclo gears had the large cut out the post war cut outs were in the "C" shape so definitely pre war.
You must log in or register to reply here.

Just picked this up Huffman

Can someone tell me anything about this Indian Princess I just picked up for $20?