SirMike1983 said:
I'm working on a post-war Superior, probably from 1948 or 49. It has a two-stage green paint that's apparently different from the later, Opal Green. Does anyone know what the name of this other green would be? Any suggestions on a matching touch-up paint? It's a medium green with a little less blue in it and a little less metallic look than Opal Green.

This bike is the same green. I have the exact same model and color as this one. Mine is in roughly the same condition, maybe a touch rougher than the one below, but same color.

Yeah, Schwinn called this an Opalescent green but it's actually a single coat that was/is a solid to Simi-solid base with a bit of juicey luster for the very fine metallic that's in it. It's applied on the primer, no special under-coat needed. My Dad had a 5 gal bucket of some and it was an epoxy based with a hardener, I expect for repainting autos.

You can also find this type of paint on old, 40-50's Machinery; Laths, Mill, other workshop and factory machinery. It was used on new cars, prob. baked on enamels and and epoxy for repainted autos too. Albeit, there's so many whack names, it's tough to say which is what.

Yeah, it's a different enough from the 1950s-era green that it would throw off trying to match it. For years, I have been dependent on Testor's enamels as touch-up paint. My collection is not especially high-value. It's mostly old 3-speed and utility bikes. I don't have any qualms about carefully and tastefully touching-up lost areas of paint, provided you can match it well. Testor's is relatively cheap, comes in small bottles that usually are enough to do simple repairs, and they are designed to be mixed with each other because that is something scale modelers do with the paints. Rustoleum, if I recall, bought them out a couple of years ago, and we've seen some of the colors previously available disappear. The big advantage of Testor's is it's very, very easy to work with. It can be cut using basic paint thinner, cleans off your hands with baby oil, and it dries fast enough but not so fast that it's unworkable. It can also be sprayed using an airbrush or Preval unit, or you can buy it in the pre-made spray cans. But where it seems to really shine is in the little glass bottles for small repairs. I hope Rustoleum doesn't gut the Testor's offerings, or just as bad, convert them all to water-based gunk.

My wife is a fan of using nail varnish. It's usually acetone-based or similar. It's actually pretty similar to car touch-up bottles. It dries quite fast and tends to be quite thick. She used nail varnish on her modern, mint-green colored road bike. It's definitely a second choice because it usually dries fast. Some of the varnishes can be thinned or cut using acetone, but you certainly want to avoid spilling the acetone on your existing finish. Some varnishes will mix and others seem to just congeal when you try to mix them. She basically goes to the beauty store, and pulls the bottle closest to what she needs to match her paint. I can see using the varnish if you don't need to mix, but it's definitely a lesser choice if you're messing around with color-matching.

I've had some luck taking the part to the paint shop to have paint made. I did that with a blue and cream colored Columbia, and did it with Raleigh Superbe Green (the one that looks like British Racing Green). It works, but they want to sell a quart of paint at minimum usually. A good quality, oil-based paint can be thinned and sprayed, mixed, etc. But you'll end up with a lot of left over paint unless you're doing a whole paint job.

My Superior has a "T" series serial number, which I believe is for the Tandem. It has the unusual arrangement of an electroforged frame but brazed and seamless bottom bracket for the cottered cranks. Something a little different... I've acquired a stainless S6 wheelset with January 1949 3-speed. I know I need to get some pictures. Maybe tomorrow.

Is your serial # higher than these or in this range? Last numbers listed for the Tandems. 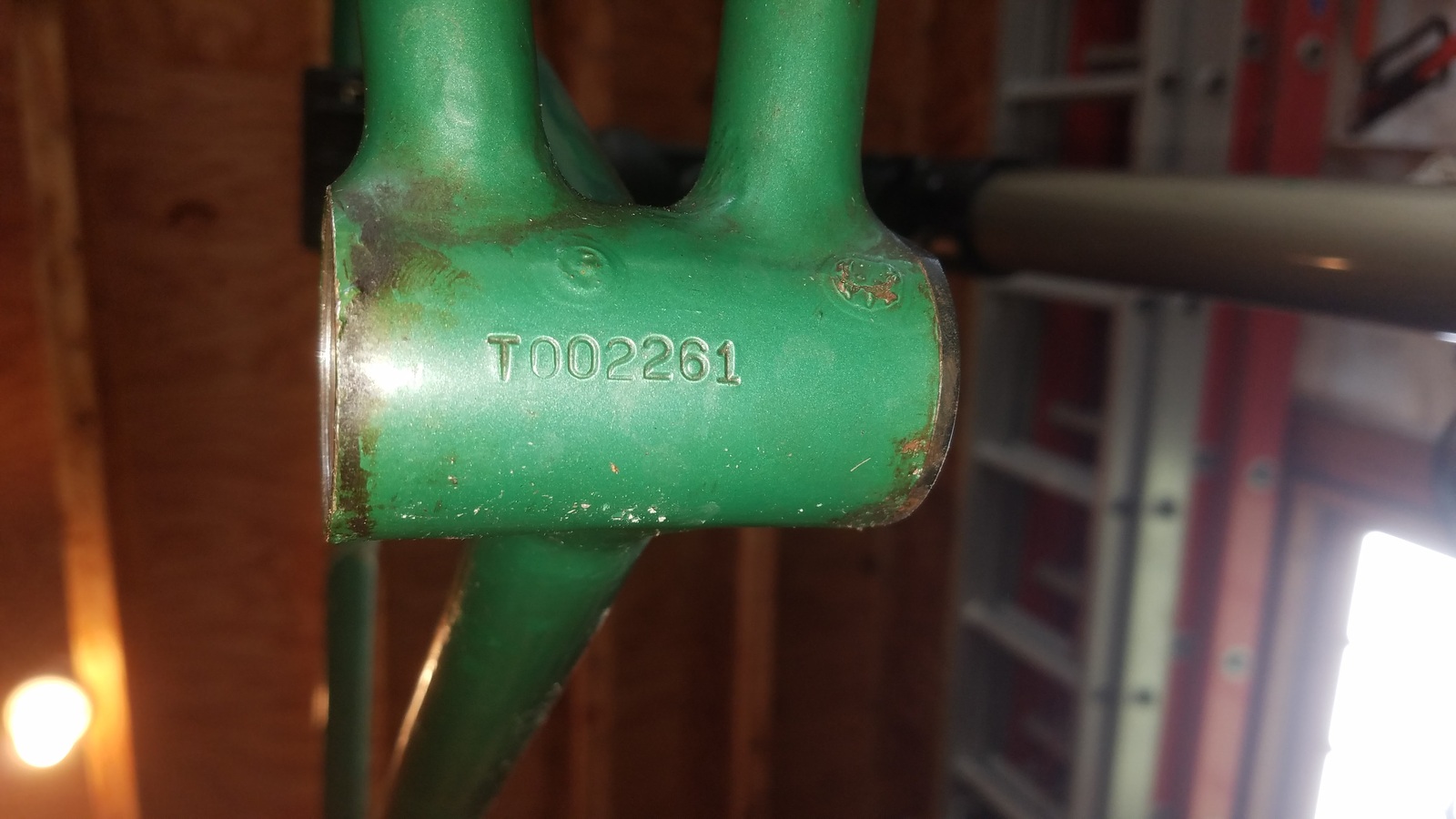 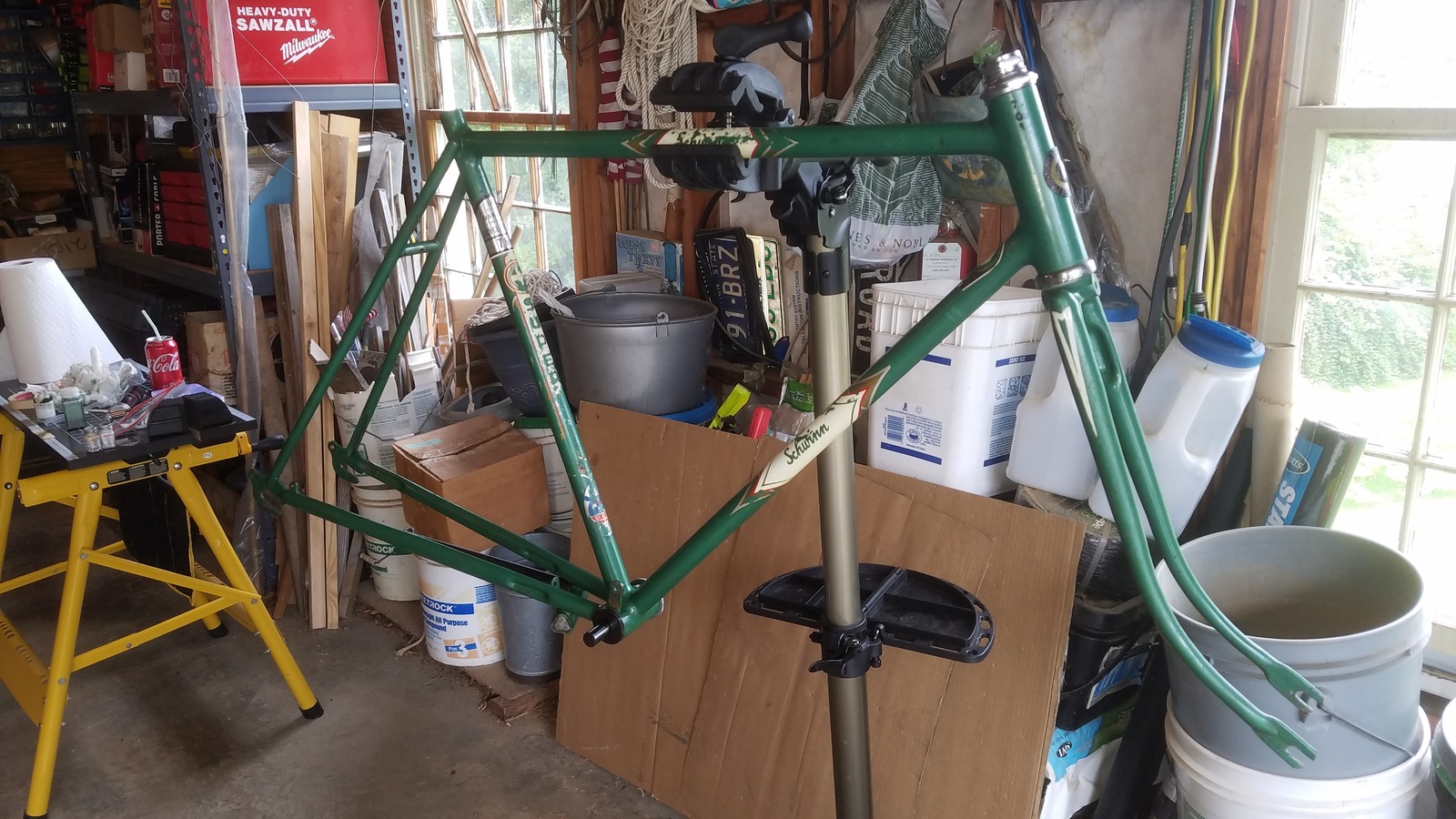 It has registration stickers from Oakland, CA dating back to the late 1950s-early 1960s. The silver sticker on the seat tube is 1961. I'll probably just leave them as part of the bike's history and clean up around them. 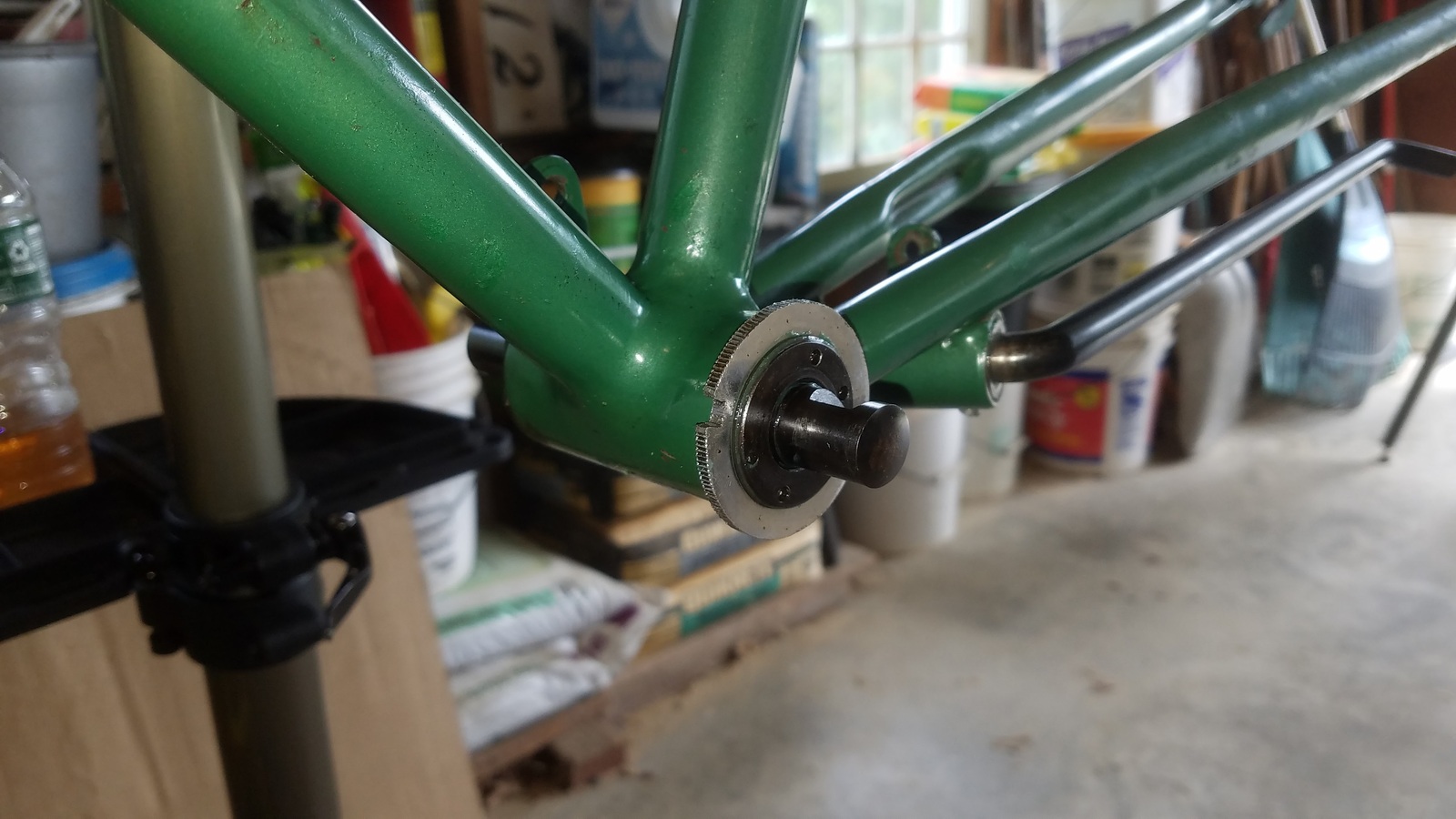 The paint is cleaning up nicely, though the transfers on the frame are pretty worn in some areas. The green is really a neat color paired with the white. It has an English-style arrangement on the rear fender. 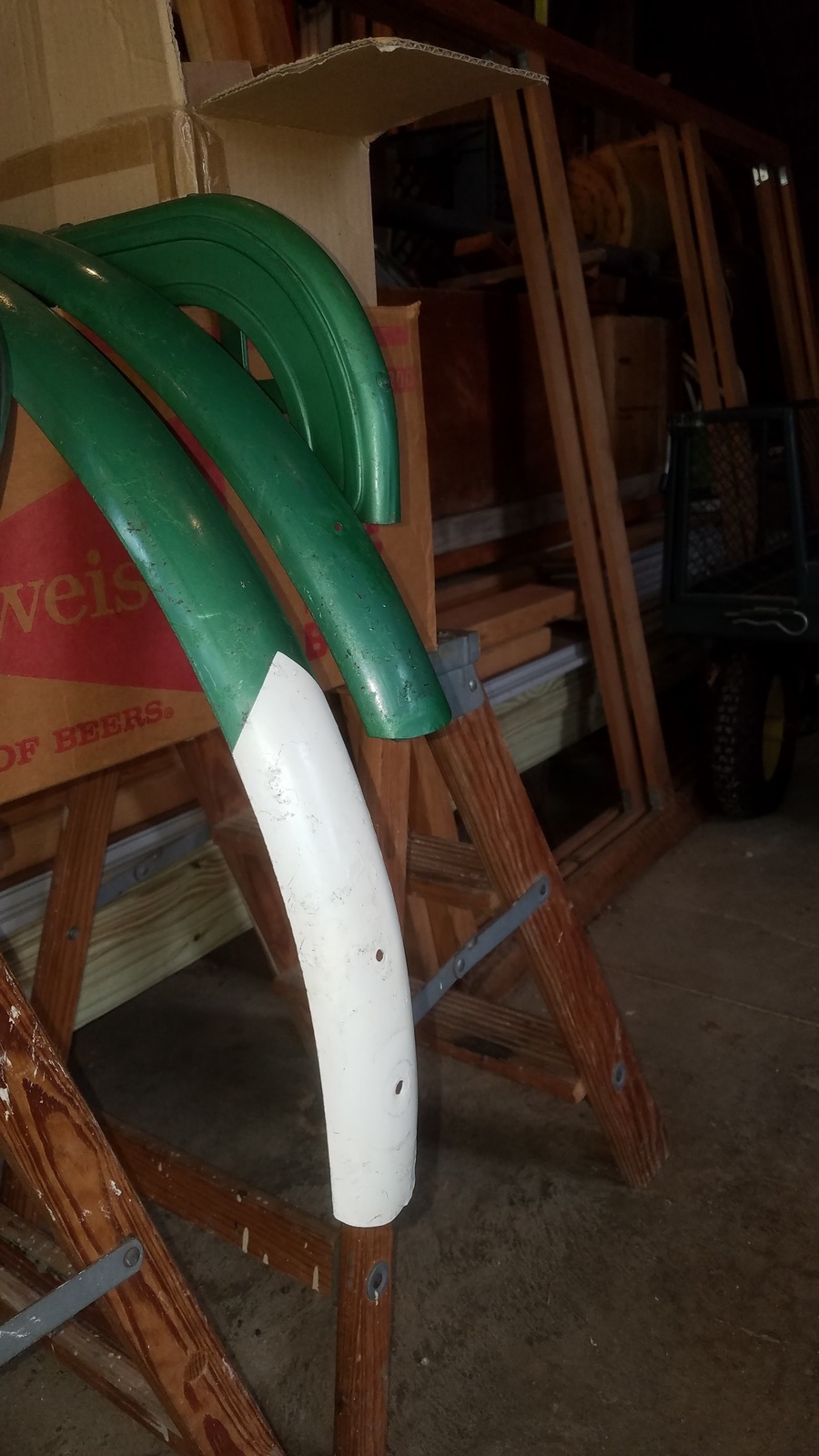 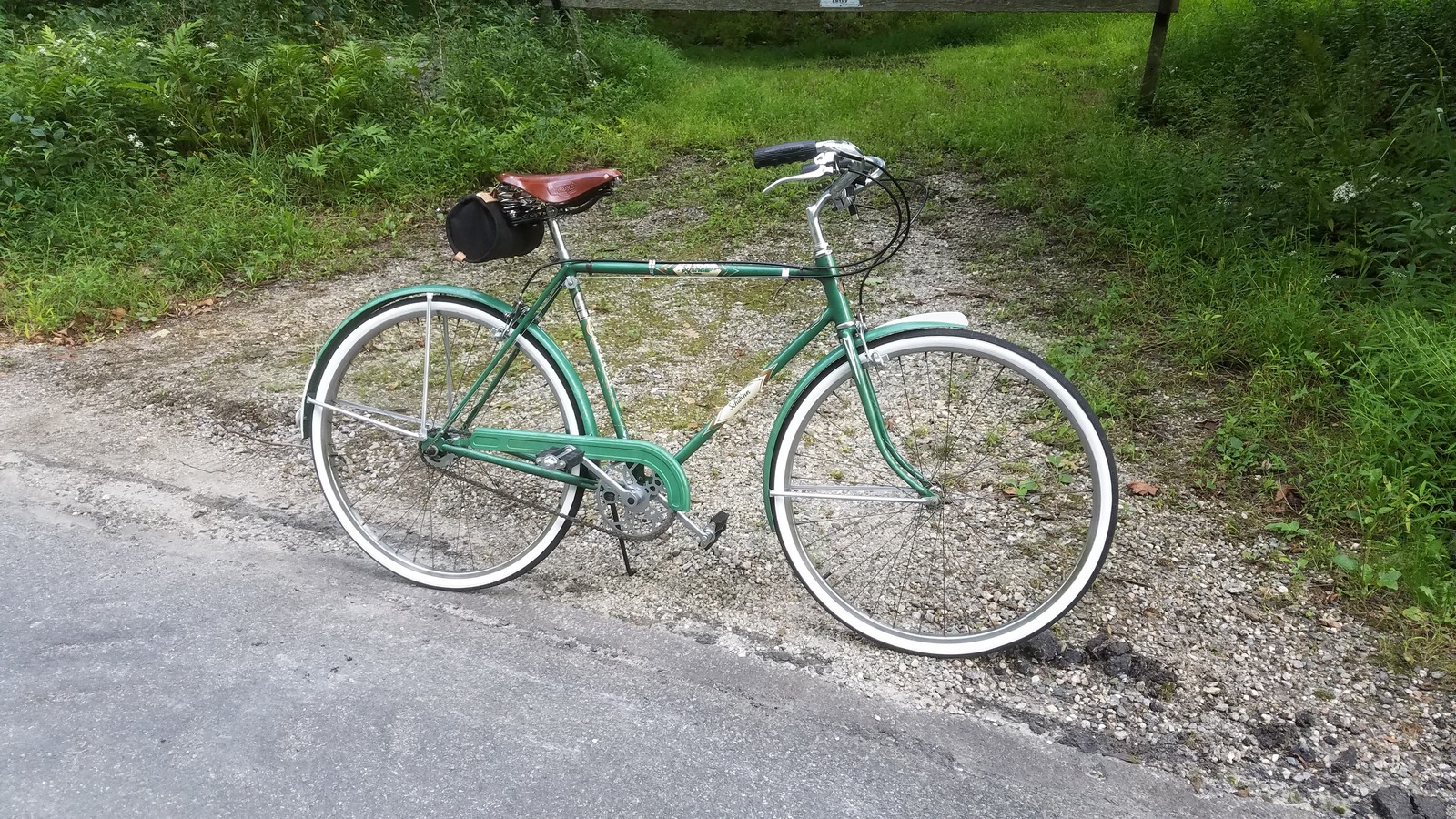 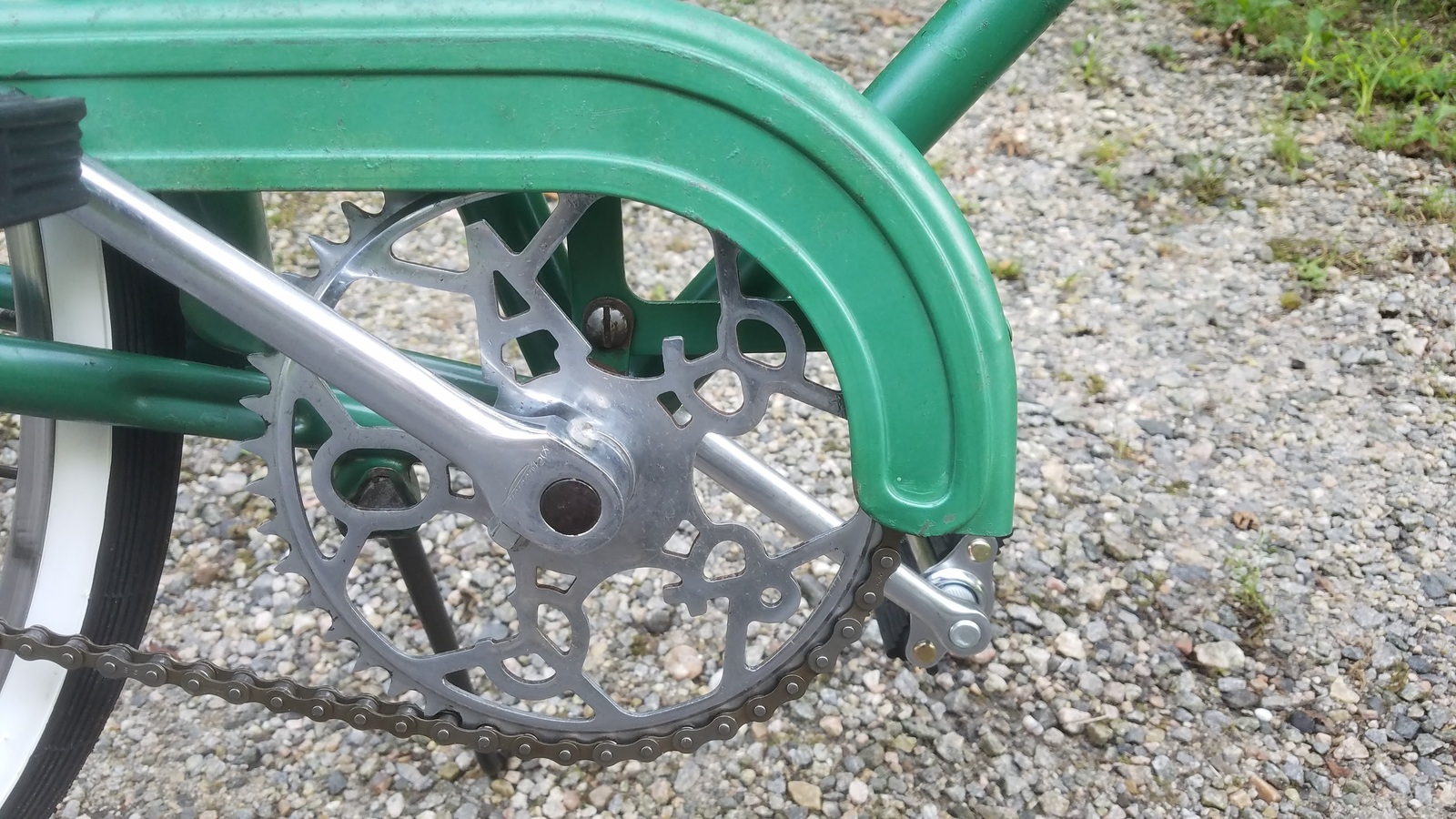 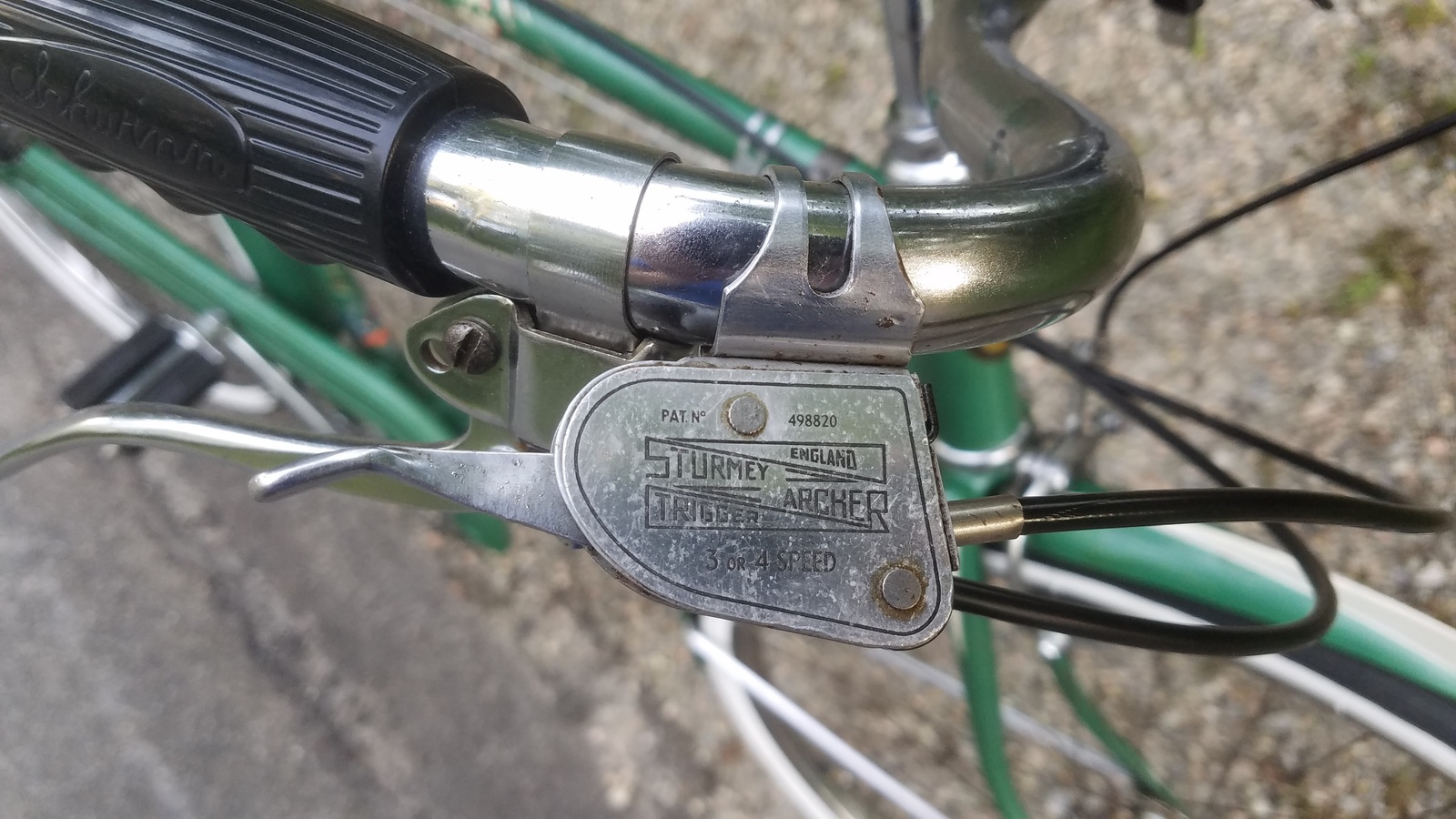 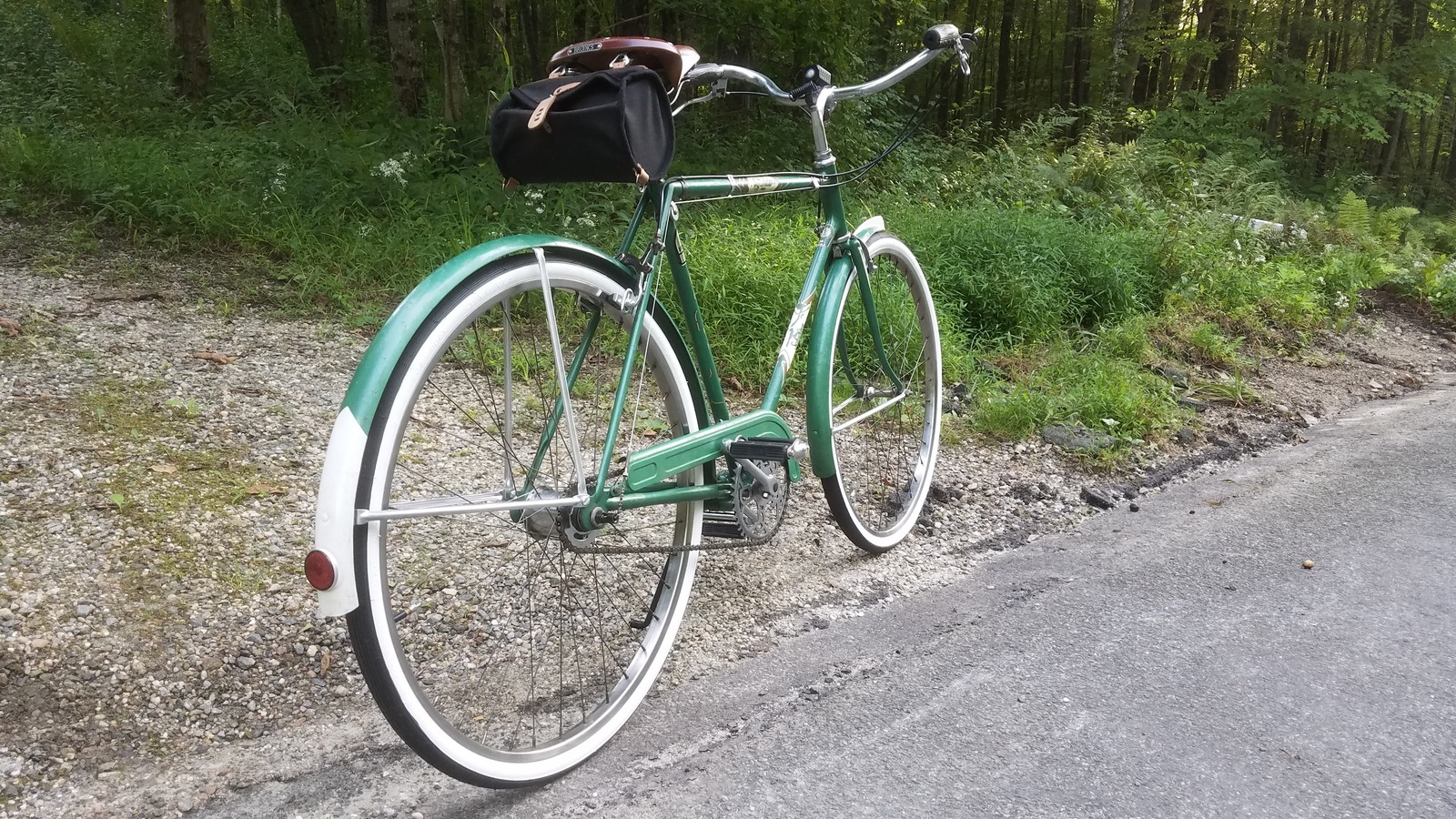 Pole Dancing In A Mosque.