Moderator
Years ago on one of my visits to PG's house, I arrived at about 2am. He came out and gave me a huge bear hug and we sat at his picnic table.
He said that he had something that he really needed my help with, and was dead serious. I said, "name it". So he puts his arm on the table, hand up and says, "I need you to teach me how to arm wrestle". I asked why? He said that at the local bar there was a guy about half his size that he just could not beat and it was killing him.
So I told him to put his arm down and said, the best trick about arm wrestling that I can teach you is NOT to arm wrestle! As a big guy its lose/lose. You beat him, everyone will say its because your so much bigger than he is, you lose and you got smoked by a guy half your size! You have no health insurance, your out of shape, and too old for that crap. All risk and no reward."
He replied with two words, "F'n genius!"

High praise from the guy that I always considered the real genius of our group.

This is from a group trip we took to Chestnut Hollow a few years ago. It was only the second time Paul had ever been there. For a long time there was some bad blood between Paul and the Peters boys. A few years before this photo, Paul and I were driving around Michigan and I told him I needed to make a stop... He had no idea I was taking him to the Peters place. And they didn't know either. It was a little heated at first, but I was able to broker the peace, and all the past bad blood was forgiven by all. 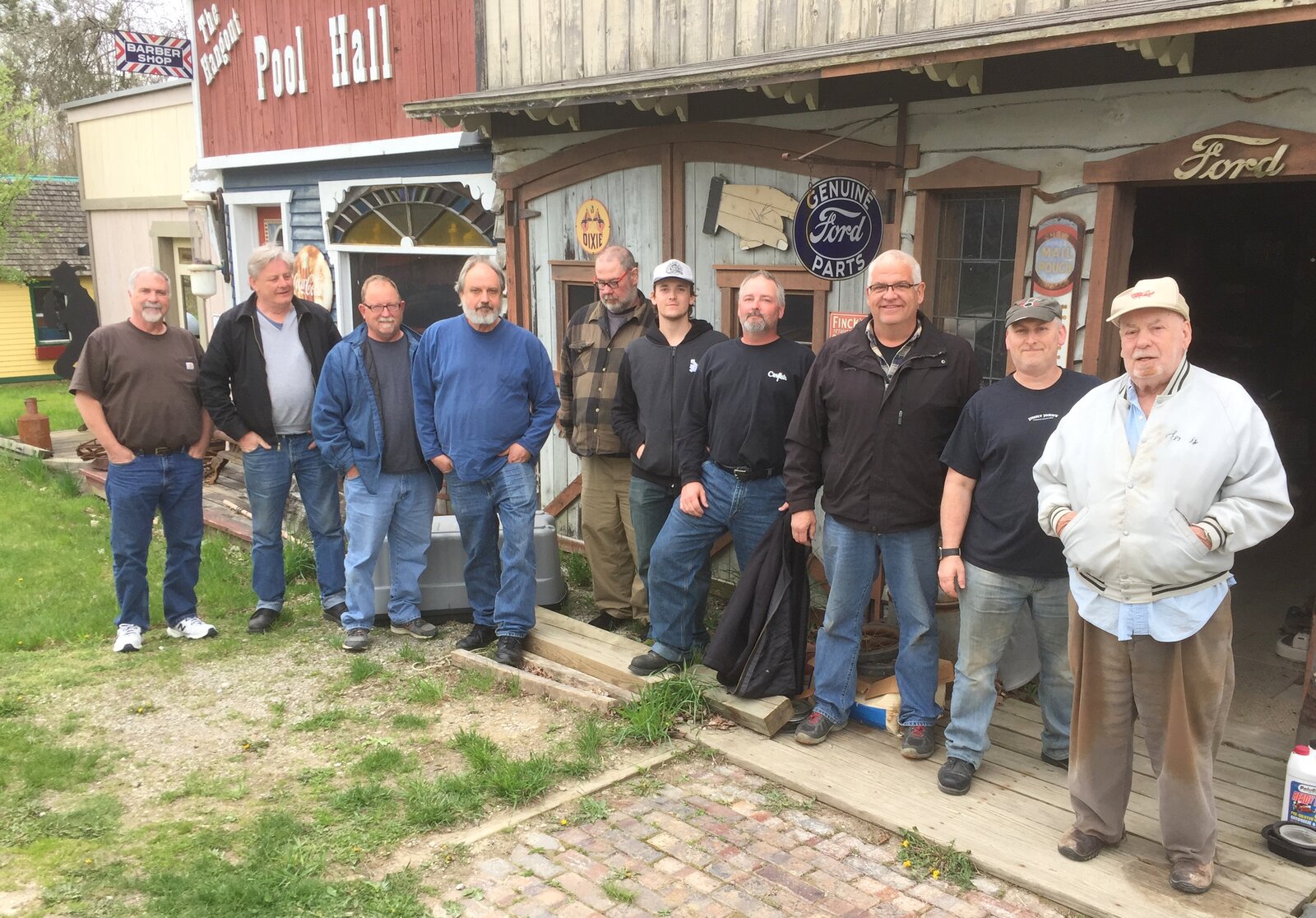 Thank you , my 1st story with Paul was many years ago , he introduced himself with his dog as blinky and stinky , I knew about stinky ! Paul told me he was attacked in new York city , and the punks stuck a radio antenna in his eye (blinky), . He told me it stopped his pursuit in the law craft ,. . Paul was a good guy , he found some of the best stuff , . His cyclopedia of knowledge was endless . R.I.P. PAUL GENERO , YOU ARE MISSED , YOU WILL BE MISSED 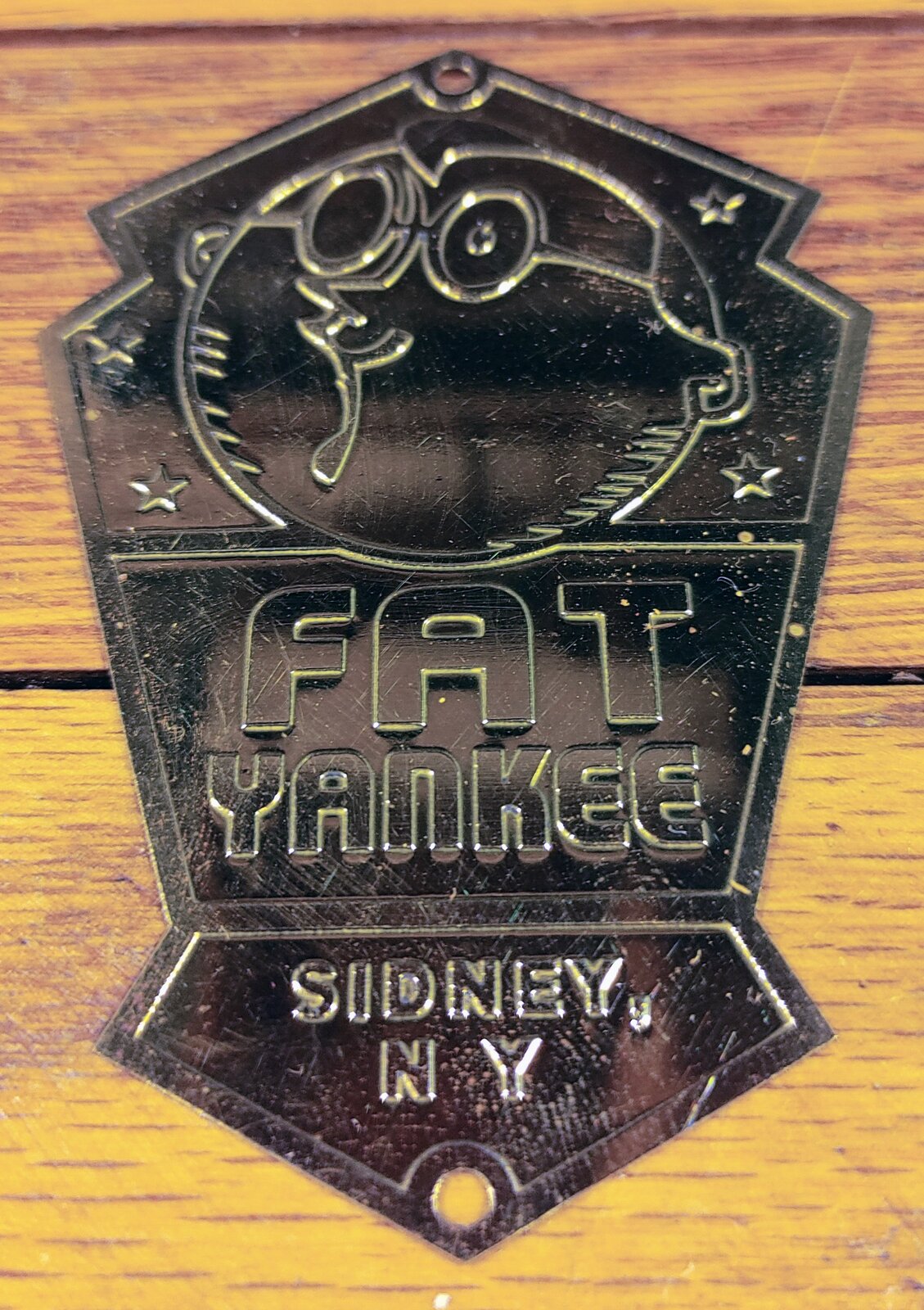 I didn't quite know what to make of Paul when I first met him. His appearance was a bit off putting and his habit of bringing a van load of stuff to Copake and then never unloading it was confusing. But I came to look forward to seeing him on the Sheep field. His absence will be felt by many. He did turn up some great finds in his lifetime. https://thecabe.com/forum/threads/a...raphs-st-louis-mo-1914-1917.38523/post-213199

I’m very sad to hear this. Paul was a great guy. One of the only to show up at my fathers salvage yard when we had well over 500 bikes. He left with an Allstate scooter. Fair winds and following seas. These are the good old days

Paul's family are dealing with his loss, and need time. They have requested privacy, but understand that there are many people who would like to pass on their condolences.

All cards and letters can be mailed to me, and they will be shared with Paul's family.

If anyone needs my address, please pm me.

That is all the info I have. Please respect the family's request for privacy.

Thanks for the news about Paul. Never met him in person but had contact thru the years-an old timer for sure-going back 30+ years maybe. Was talking with him just last month. Wow-here today/gone tomorrow! R.I.P. PG (Bike)!
You must log in or register to reply here.