This serial is on a 1978 Schwinn. The font look similar to yours, not like the Chicago built bikes. IMO, your Scramber frame was made in Japan, not Chicago and doesn't follow the Chicago mass market models serial numbering system. Schwinn used a dozen or more serial number systems depending on the model, where and when they were manufactured. I have couple of Phantom/Scramblers that were made in 1981 by Giant. One dealer trick I heard of was putting their shop stickers right over the "made in" decal. Dealers weren't happy selling imported Schwinn bmx bikes. Schwinn was having bikes made in various foreign countries starting in 1974 or earlier. As pointed out above, your frame is welded, not electro forged. The only other company that electroforged frames was Murry after they bought the equipment from Schwinn after the factory closed down in 1983. 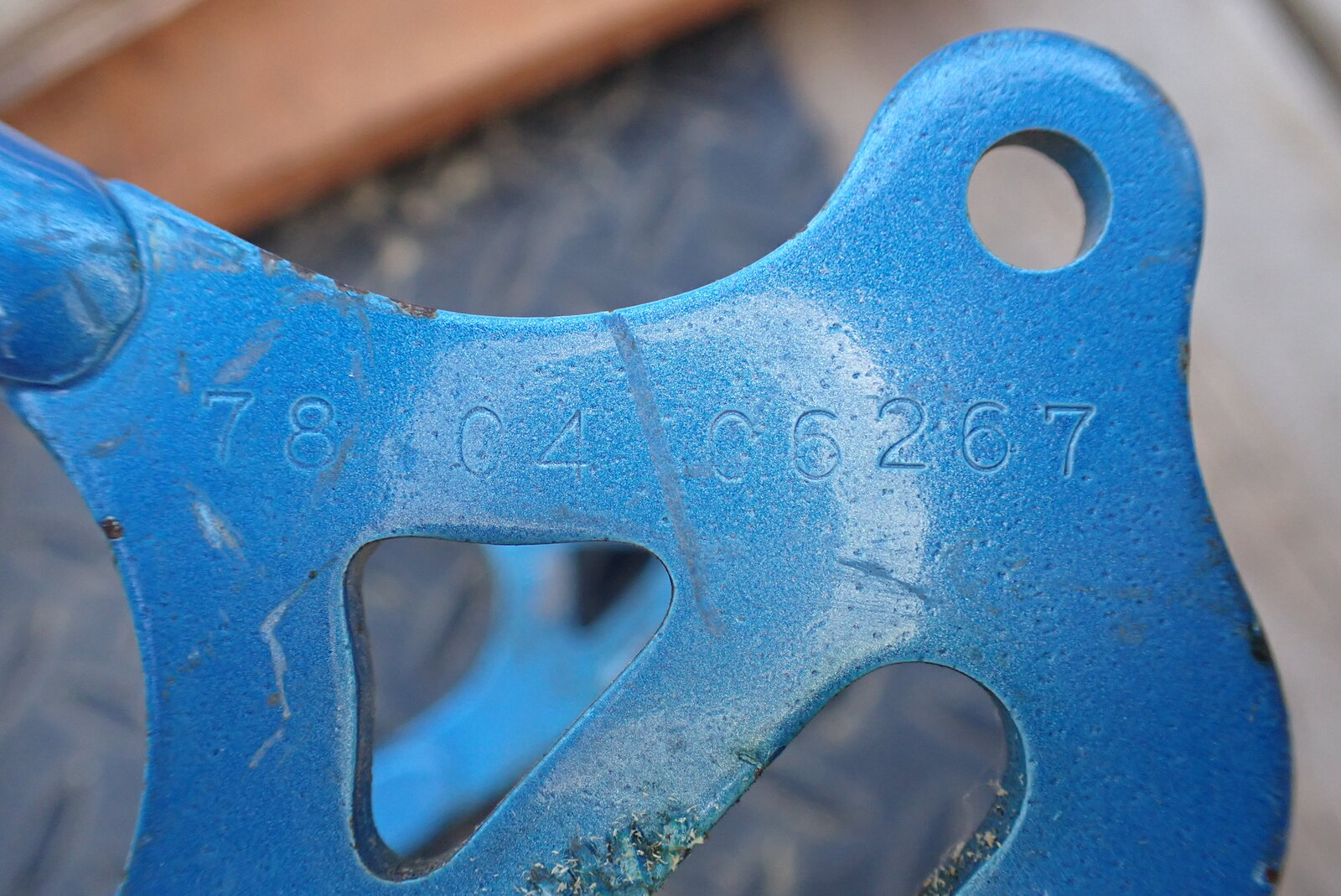