Severe pull to the right 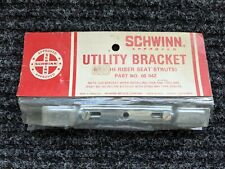 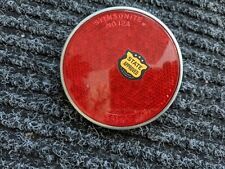 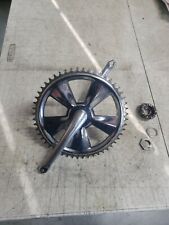 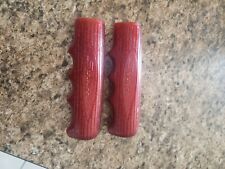 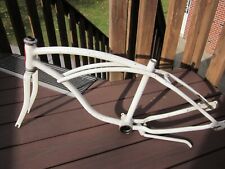 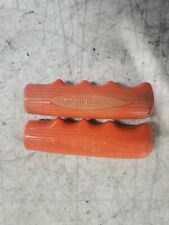 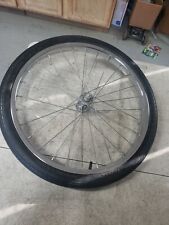 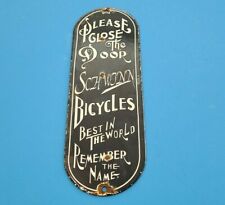 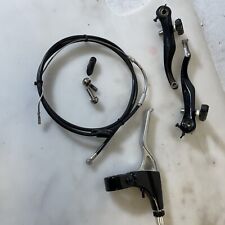 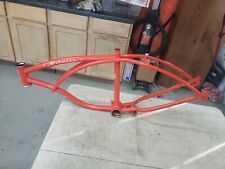 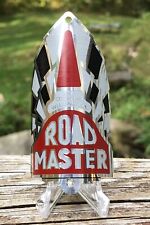 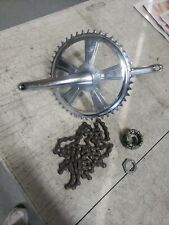 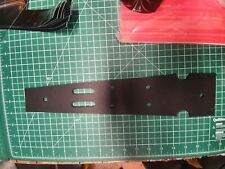 Normally I'd agree but I've had the frame stripped bare and on the stand, I have a set of bars which fit in the seat tube, headtube, and bb shell. They are used to eyeing up the aligment with a laser. The frame is within a few thousandths of an inch. That's as good or better than any other old American frame I've ever seen. I have a Schwinn Varsity that I bought new that's nearly 8 degrees out of align but it rides fine. Nearly every Schwinn I've ever checked is off.
The purpose of messing with the already bent up Huffy was to see how each bend affected handling, that bike's headtube is 11 degrees off from the seat tube or BB, the wheels are crossed up when looked at from behind and it don't pull, at the very least all the bent frame did was restrict how far it could lean into a turn before the cranks hit the ground.

The idea of the seat and headtube bars were originally just to be able to extend them to a point where they can be eyed up, I added the laser kit as well to them. I've even faced the top and bottom of the head tube to make sure it was square. The headset fit and feel is excellent, I've tried brand new Wald headsets and got no change, but I put the original one back in for now.
The headtube is a standard 6 3/4" long so its easy to find other front ends to fit it for testing, I've swapped in three so far. Going to a narrow tire helps the most.

Something I did notice yesterday is that if I ride across fresh white concrete with full weight on the bike it leaves rubber marks where I road, as if I dragged the rear tire. The marks are coming from the rear tire not the front. Its leaving two strips of rubber, basically the outer edges of the tread is getting scuffed really hard for some reason. The rubber path is about 1 1/2" wide and clean down the middle. I had said before that when this bike rolls it makes a scrubbing sound over pavement, but how can that be on a two wheel vehicle?
On the bent huffy, it simply left two tracks, which narrowed as you went faster when the wheels were not in line with each other.
And never did any of the extreme mis-alignment ever make it pull left or right.
It has to be in the frame or headtube somehow. I proved that when I swapped forks with the 1949 model, and the pull didn't go to the other bike and the 49's fork didn't fix the pull on the '50 model. The only slight improvement I got was with the narrower tire with the white fork shown in the jig but the contact patch of the narrow tire was likely the reason.
In riding the bike today, I also noticed that leaning back further makes the pull worse, which makes even less sense, but it may well just be that getting further from the bars makes it harder to constantly correct the pull. Its hard to tell but the pull may actually be worse at lower speeds. I really can't get the bike going anywhere close to 'fast' but one street here has a pretty long decline over about a half mile and I figured I was going maybe 20 at the bottom of that hill. What I can't do which I do all the time on my Schwinn's is just lean and bank that turn onto the next street. The Columbia just won't turn, its nearly impossible to fight the pull and push into a left banking turn. In other words the bike won't lean that way without trying to turn the bars to the right. The more I lean the harder it seems to 'pull' right. I only went about 2 miles on it, by the time I got back I was exhausted from fighting the steering.

Something that comes to mind is that this bike isn't new, its a well used old bike that has been ridden. How on earth did anyone ever ride it all these years like this. I've owned and fixed hundreds of bikes over the years and never run into something like this, let alone on a such a simple bike.

On the Huffy, the frame was bent so bad that it left two tire tracks 4" apart in dirt, the tires were riding completely on opposite corners of the tread and it didn't pull. With an 8ft bar I twisted the frame both ways and nothing changed the feel. bending one fork back or forward made the biggest difference but still no pull to the side.

Back in the day when it was common to fix bent frames and forks I was taught to first make sure that the headtube and seat tube were parallel, then using a frame gauge, check and set the rear dropouts left and right. We would then check rear triangle alignment, (usually only if there was an obvious wheel clearance issue). we would check that the BB shell was 90 degrees to the seat tube, then install a pair of dropout alignment bars and eye them up with the bb. The bb shell tool we had was basically two cups with a bracket that hung below in which a rod passed through which extended about 18" left and right, the ends are where you would measure between and be able to eye up any miss-alignment.
Any miss-alignment here usually meant either the rear triangle was bent upward on one side or it was miss-welded.
Rarely though did we need to go beyond simply mounting up a a well dished wheel and measuring.
Usually it took nothing more than filing the dropouts on each side or slightly tweaking each one to align the wheel.
Again, this rarely caused a 'pull' and was inmost cases just a cosmetic concern and the result of mass production not damage.
We were told in the case of a pull, to bend the fork blades to the direction of the pull. I can't say I ever ran into a real pull until this bike though. Bending the forks either way make no difference. I've tried bumping them left, right, and then I tried forcing one blade to lead slightly, fore or aft, but nothing changed the pull to the right.
To gauge the position of the rear dropouts and centering of the rear wheel in relation to the main frame we used a Park FAG-2 gauge bar. The alignment of the seat and heatube is especially important on cantilver frames because there's a limited amount of flat space to measure below the twin tubes. The only other method would be to have a dedicated flat surface with an adjustable jig to both ensure that the frame is not twisted, and to be able to measure off of.

I'm convinced its the frame, but can't figure what's the cause. As bad as it pulls, I'd expect it to be obvious not a matter of needing any special gauges. 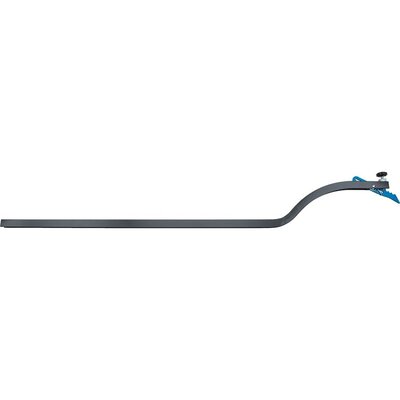 Park frame gauge FAG-2
You must log in or register to reply here.