My '57 Lenton GP was bought as bare frame, and figured I could engineer a better bike for the same money as trying to find and buy the original components.
So I made the bike look right on top and everything on the bottom end is much newer, beginning with Phil custom hubs for the 3/8" axles and 115 mm OLD (fits S-A hub and 4-sp Cyclo).

Guaranteed Genuine English Lightweight I'm sure someone parted out this bike because the Williams crank had the Raleigh heron silhouettes, and GB brakes, and suicide FD, and Cyclo Benelux rear. The temptation was too great, and the patina on the frame detracted from its "showroom" quality. He...

thecabe.com
I had to build the bike squat for my size, because of period stems. Note the 23" frame was the biggest made then, and even had Tad looking for Brit-shop customs in my size with the same wheel and thread specs - club racers - every frame he found was 23"

Rivendell recently came through for me with their new Nitto Fillet FacePlater stem, let me raise my saddle 1/2" and took the squat from my old lower back.
so we're back on the road together again. 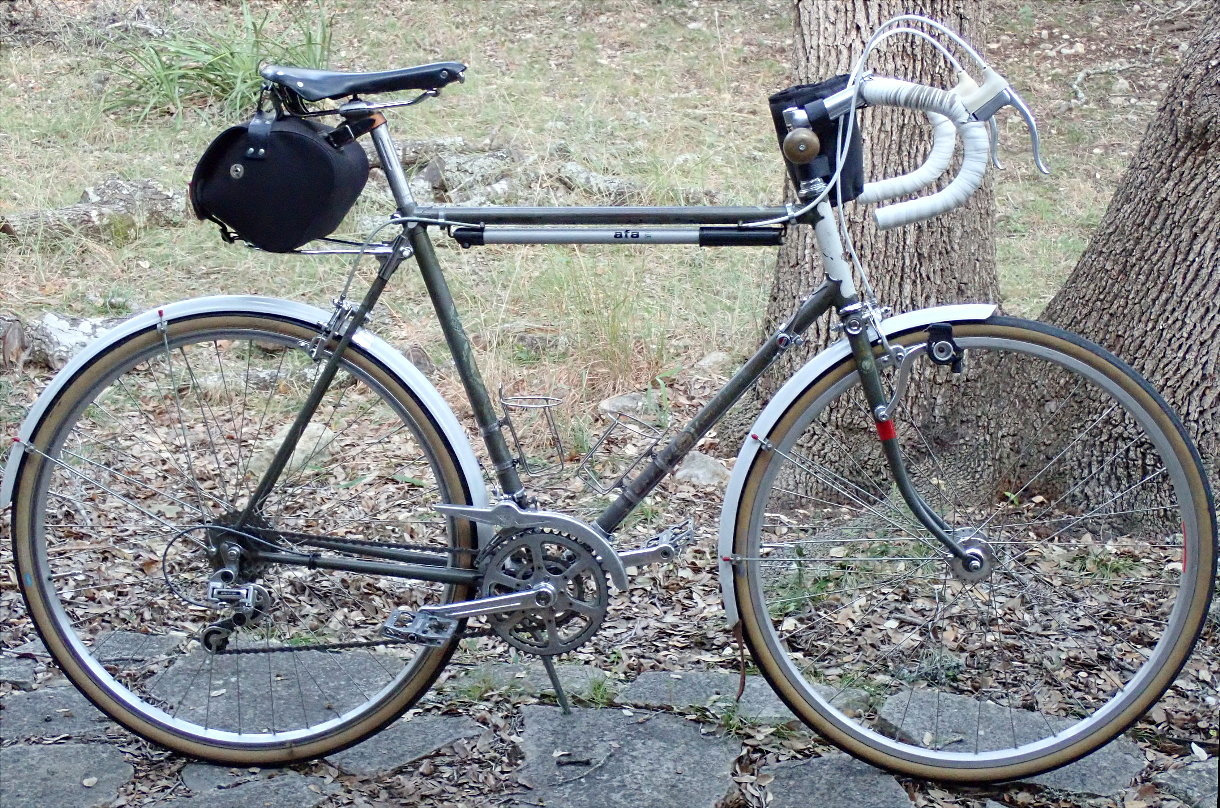 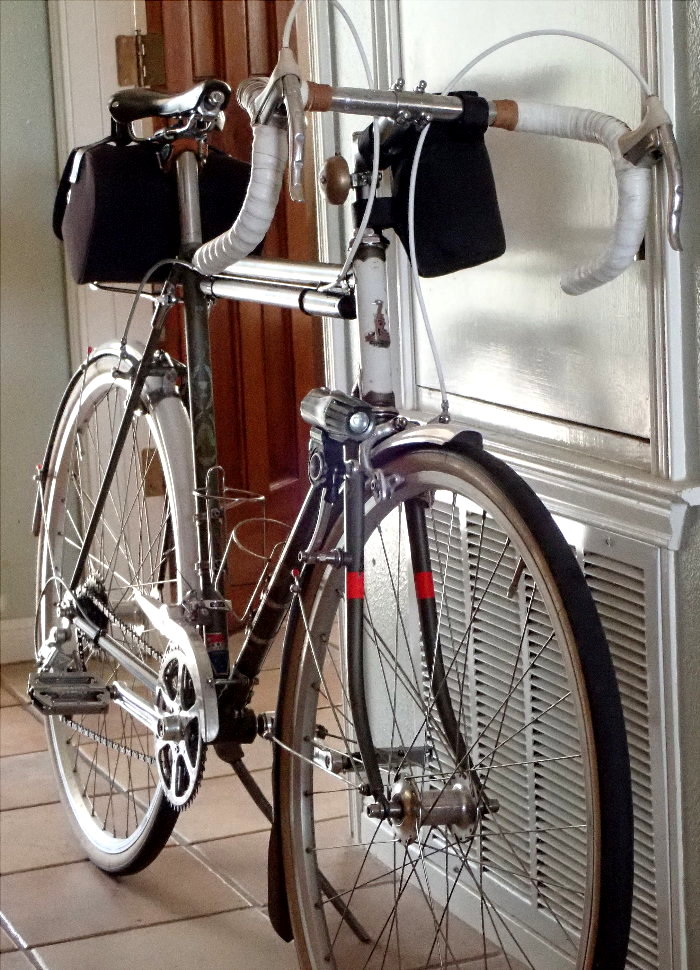 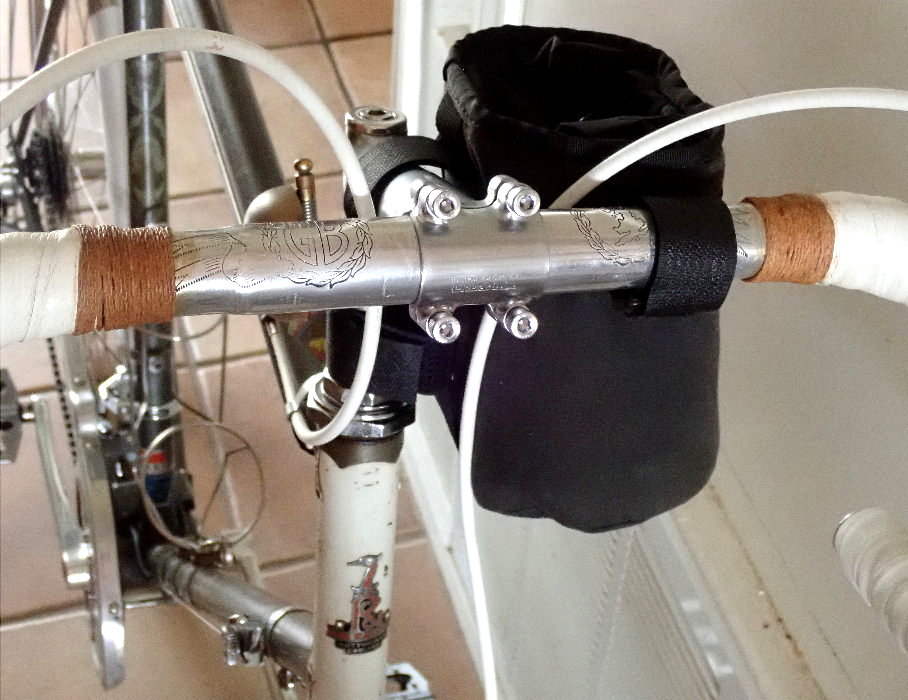 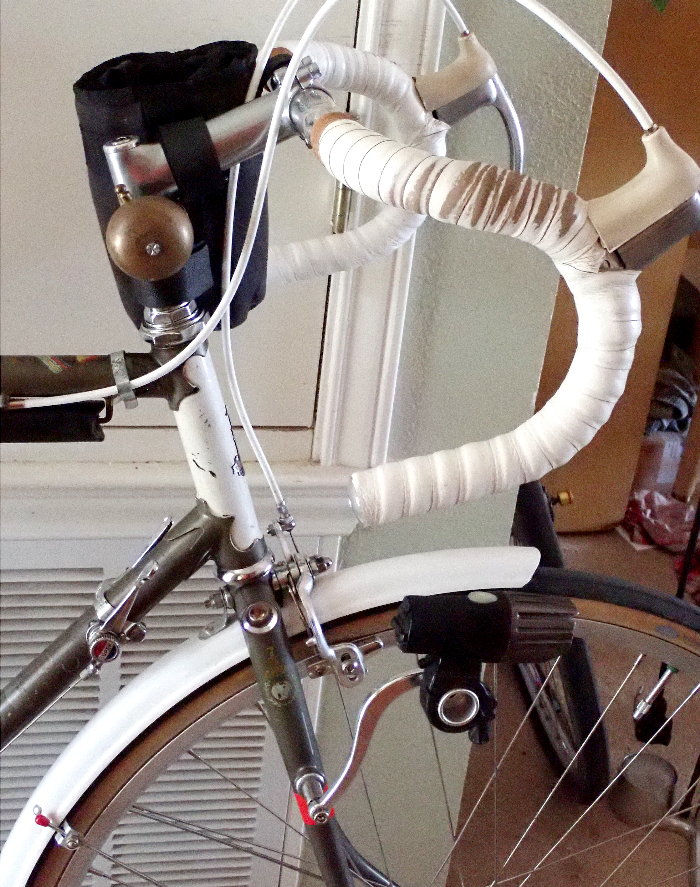 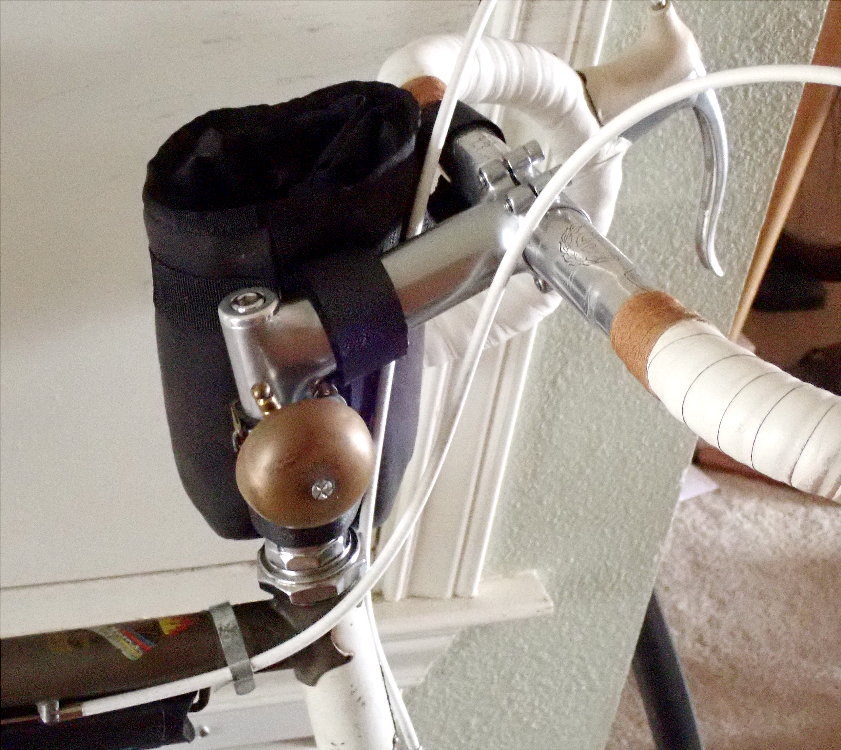 Last edited: Oct 21, 2020
"Was the bicycle invented or discovered? It’s such a pure concept, it seems like it existed in the universe even before people thought of it, like the wheel itself, or a prime number.”
1

Bulldog you have done a fantastic job of marrying the elegant and classic with the modern and functional. I can appreciate those of our hobby whom work hard to get every item historically correct. I can also appreciate those of us that, like you, have made these wonderful machines more practical and comfortable for our aging bodies. Kudos for enjoying your 63 year old steed.

The catalog chase has a place for collectors. But if you prefer to ride and live-with this old steel, you can still build a modern bike from mixed components.
Part of the reason this made sense was that I could spend $1000 and have a bike worth $300, or spent the same amount and have a bike that rides like the money I put in, but still looks right for where it began. (I'm totally against parting out bikes, but I saw this project and took it on.)
The new stem, btw, is Cr-Mo, TIG-welded then ground to a fillet and polished - it's elegant.
I'll always maintain the collector's dream bike is a sad situation. A perfect bike that was never ridden.

On our antique tackle collecting and fishing forum, a Japan contributor recently began a thread on Nyu-kon, which is the dialogue that exists between the hardware item and the user, along with a Shinto tradition to ensure good luck and long life together.
It's something we'd call "breaking it in right" - even in the west, we leave room for karma.
My dialogue with the Lenton is enjoying the ride, racking the miles, and respecting its tradition.

Along the way, I've picked up three of these mint, boxed 1940 reels, bought new, maybe given as gifts - the original owners were never able to use them, most likely because of the war - they were kept as mementos for a generation, then put on the collecting market.
There's an obligation when you take one fishing - maybe even an obligation to take it fishing. 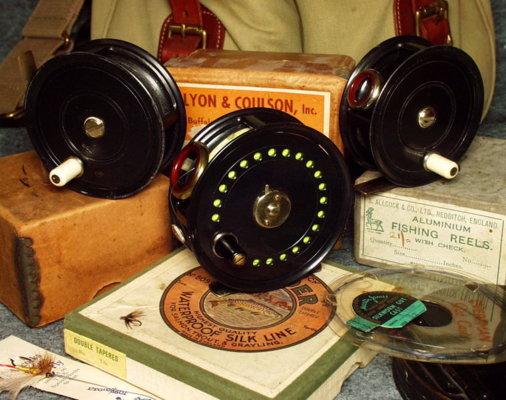 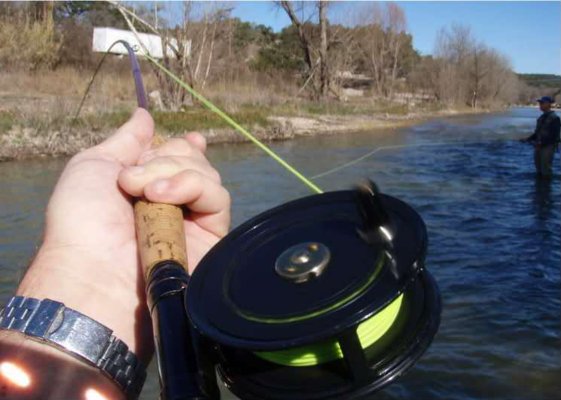 Tad @petritl has a case of Serious Nyu-kon, a bike that was ridden in the TdF - breaking it in, karma, etc.

thecabe.com
Certainly a bike like this deserves every effort to restore it to original condition, and maybe that effort is the most important part of his dialogue with the bike.
Last edited: Oct 23, 2020
"Was the bicycle invented or discovered? It’s such a pure concept, it seems like it existed in the universe even before people thought of it, like the wheel itself, or a prime number.”

Very nice Ron.
These things are always best when used.

The way my friend Takeru described Nyu-kon, until the item is used - used properly, as in used for its glory - the item "doesn't know what it is"
"Was the bicycle invented or discovered? It’s such a pure concept, it seems like it existed in the universe even before people thought of it, like the wheel itself, or a prime number.”

My tall stem opened up a new world for me on the Lenton.
I was actually past the limit of the '78 LaPrade post I had there, so ordered this new 300 mm Daija Cycleworks post from Velo Orange 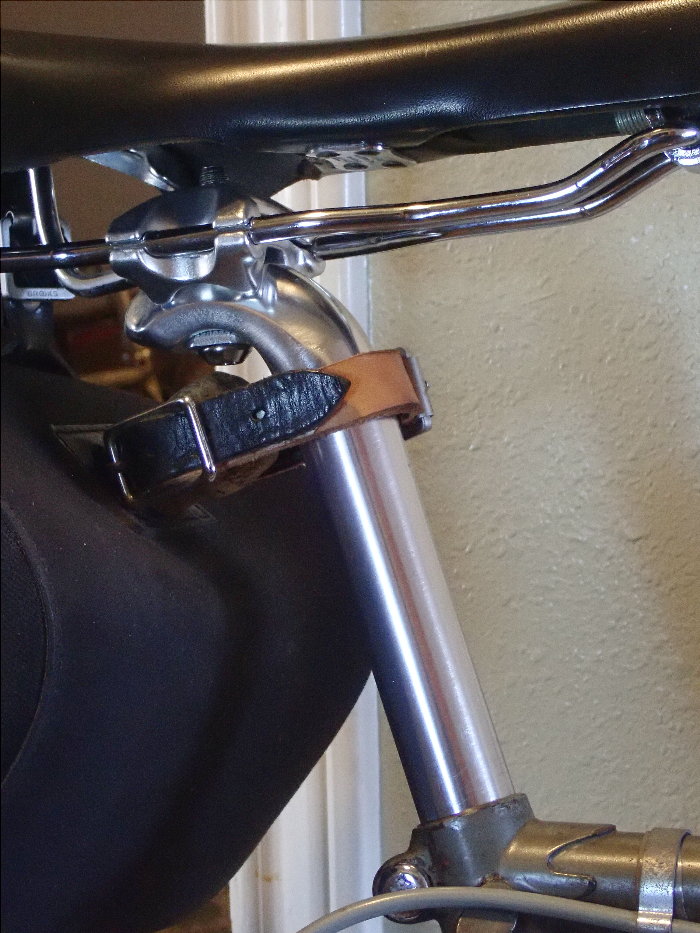 when I built the bike, originally wanted to use my KKT pedals with clips and straps from '78, but the bike was way too short, and went with the shallow Blackspire spiked platforms (great pedals).
Now I can move the saddle forward to get me taller over the pedals, use clips and straps, and wear my touring shoes.
Bar reach and pedal stand now measure the same as my Moser. 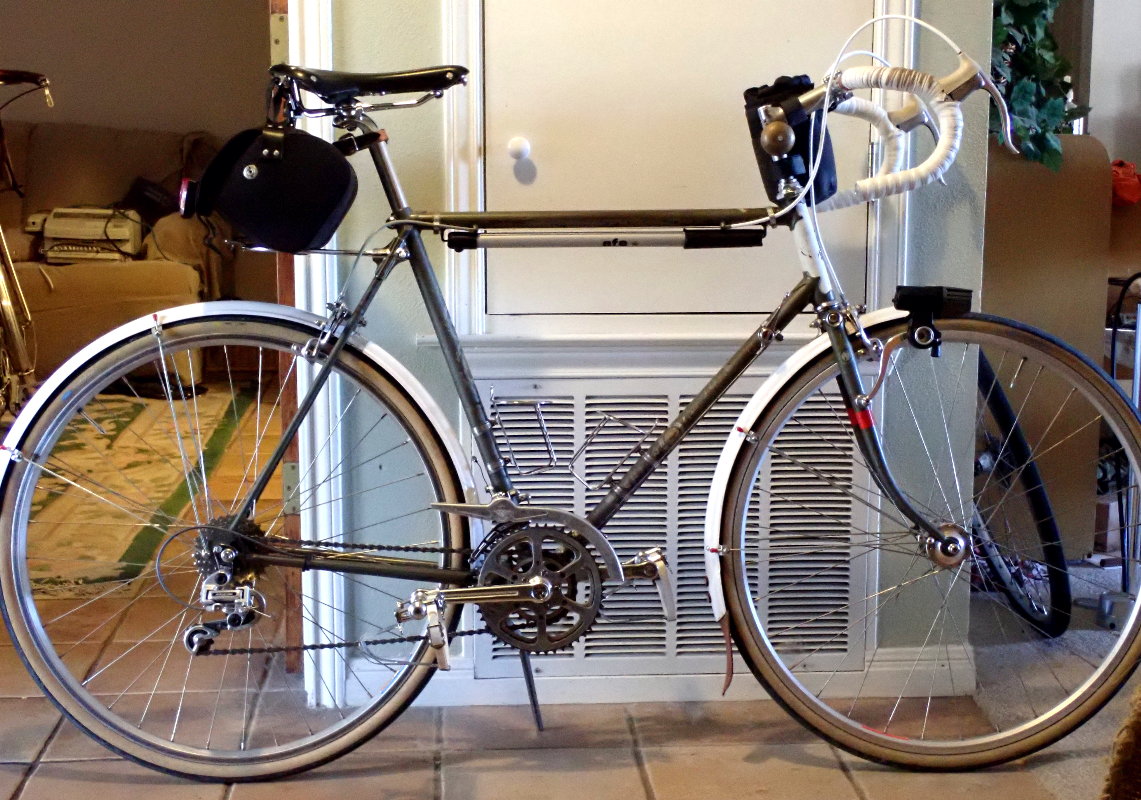 But instead of (rebuilding and) using my old KKTs, went for Soma steel-cage quill pedals styled after 50s Lyotard and Constrictor pedals.
These MKS pedals were originally $130, closed out and given to a charity organization, and went for $30 on ebay.
Kinda funny, my white Binda straps made it a day quicker from Japan than my pedals from Chicago. 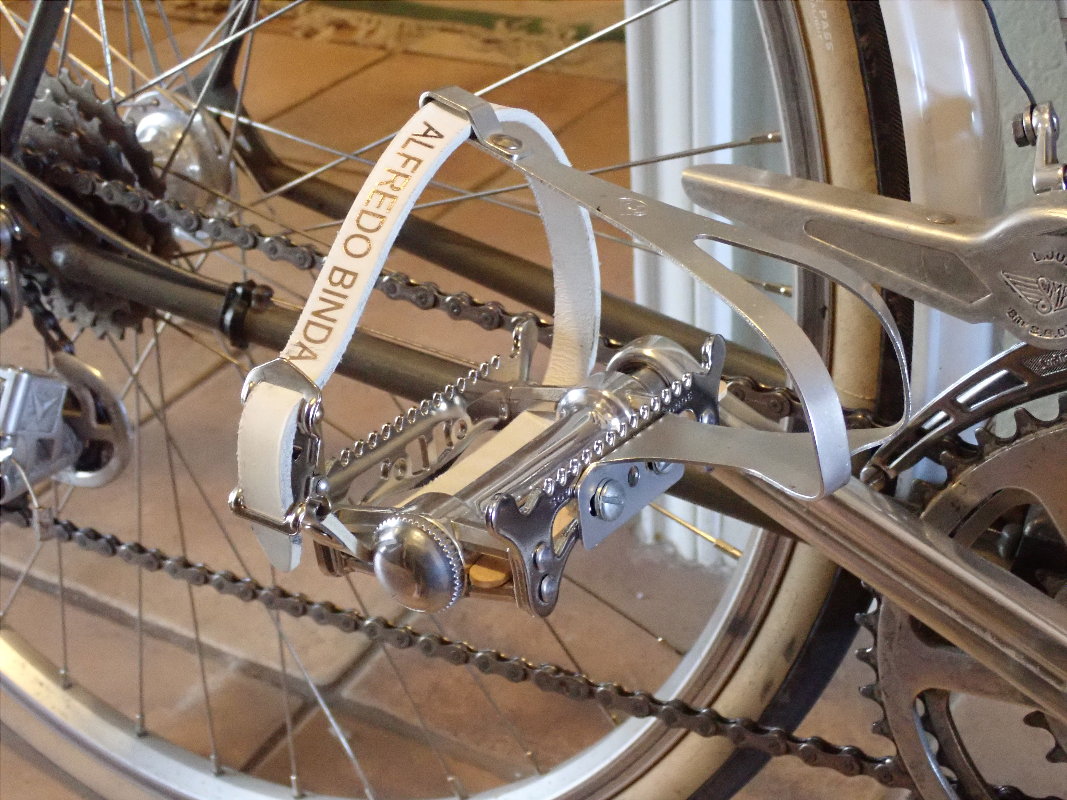 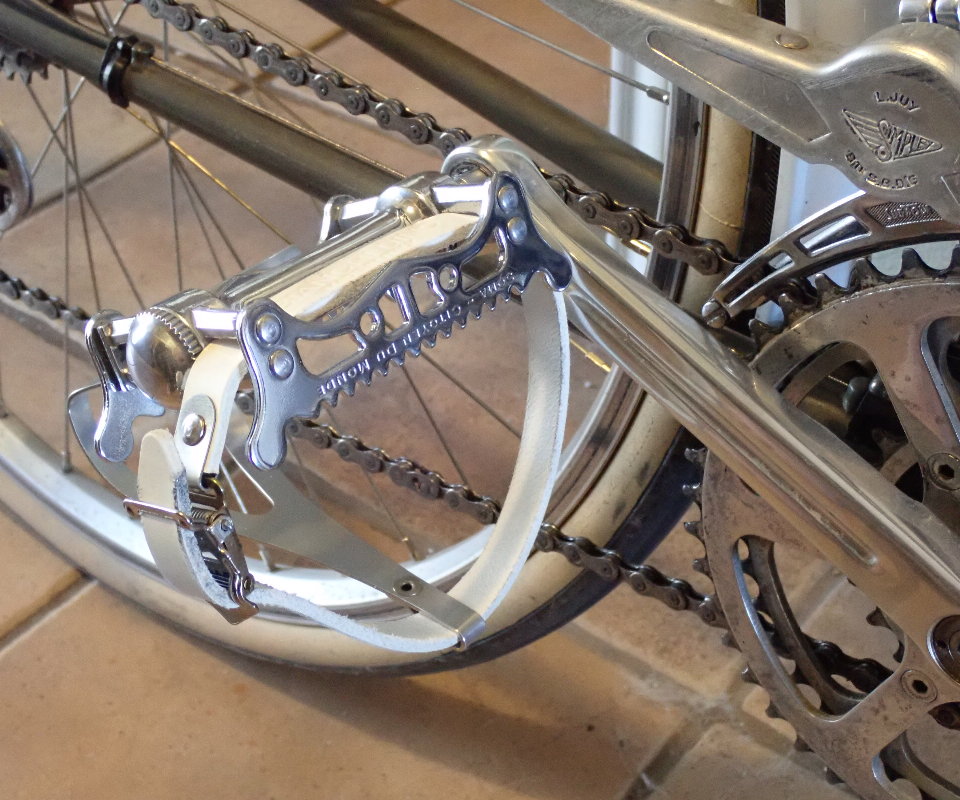 "Was the bicycle invented or discovered? It’s such a pure concept, it seems like it existed in the universe even before people thought of it, like the wheel itself, or a prime number.”
S

Having the bike know what it is, is a great concept. It also lets us know what we we are as a rider.
You must log in or register to reply here.