The PX-10 That Started My Bicycle Obsession...

This was my brother-in-laws bike that he had gotten brand new, and I got from him 30 years ago. Who knew this bike was to begin an obsession to this day!

I never had a good bike as a kid (I'm 68 now), and didn't care as soon as I was 16 and got my Learners Permit. Then it was cars and only cars. But at one point I wanted to get some exercise after being married for over ten years, and this bike was sitting unused in my In-laws garage. I knew NOTHING about it...not even that the frame was to small for me. Or that this bike had tires that were glued onto the rim!

So, off to my local bike shop it went (where it was originally purchased in Mineola here on Long Island). It needed tires...new front derailleur, and cables & housings. The bike was 100% original at this point, but these items need to be replaced and I had no idea what to do.

After having a blast on it, I was hooked...and I wanted another bike, and another, and another etc. And I slowly learned how to work on them. At one point I had 52 bicycles!! That was when my wife said that it had gotten out of control, and she was right. So now I hang onto some for a while and flip them for something different, just to change things up. Some will stay with me permanently (like this one), some won't. But I'll have a lot of fun along the way!!

Enjoy the following photos I took today. I'll need to take it for a spin later, as I haven't ridden it in over 10 years!! 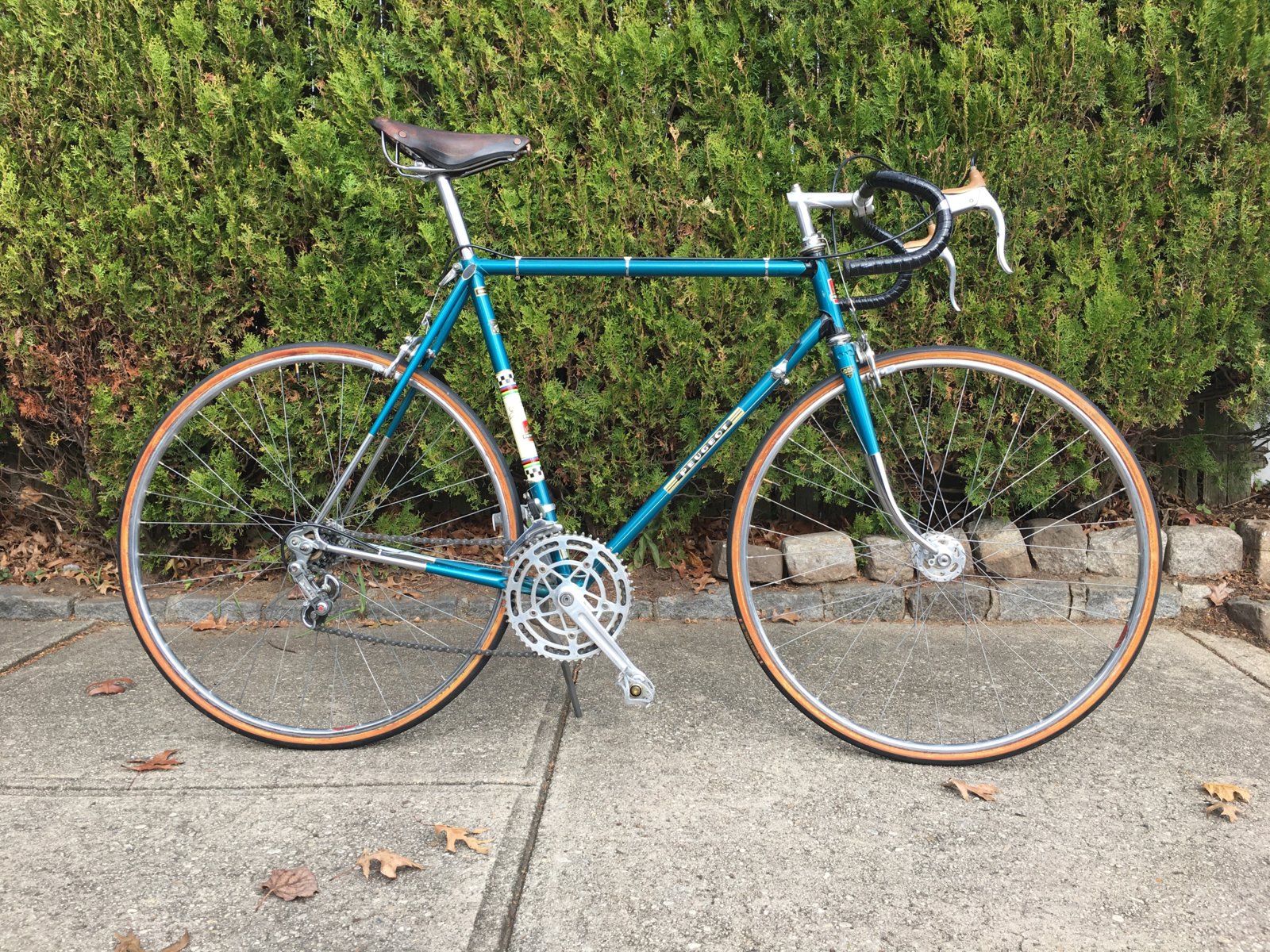 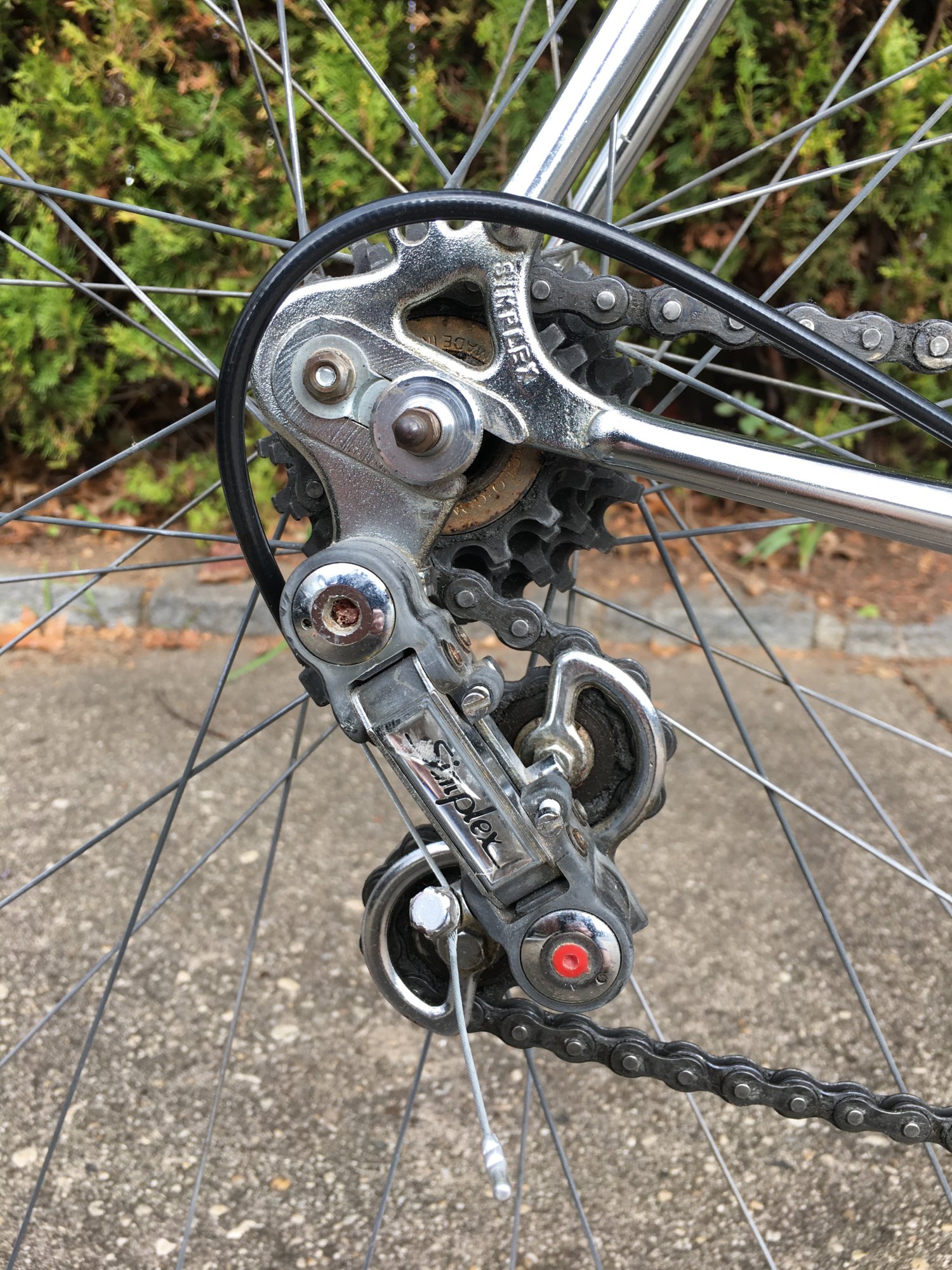 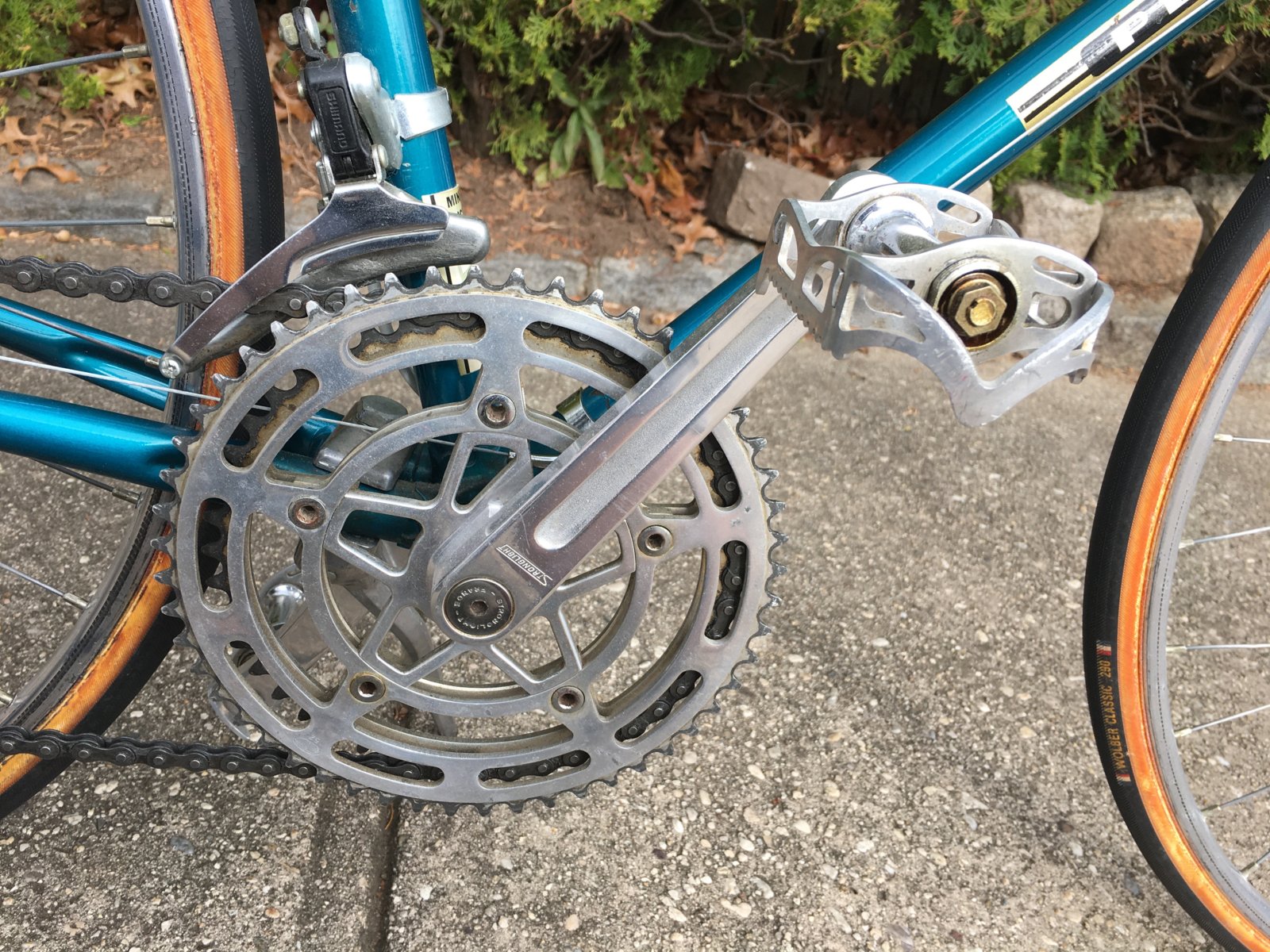 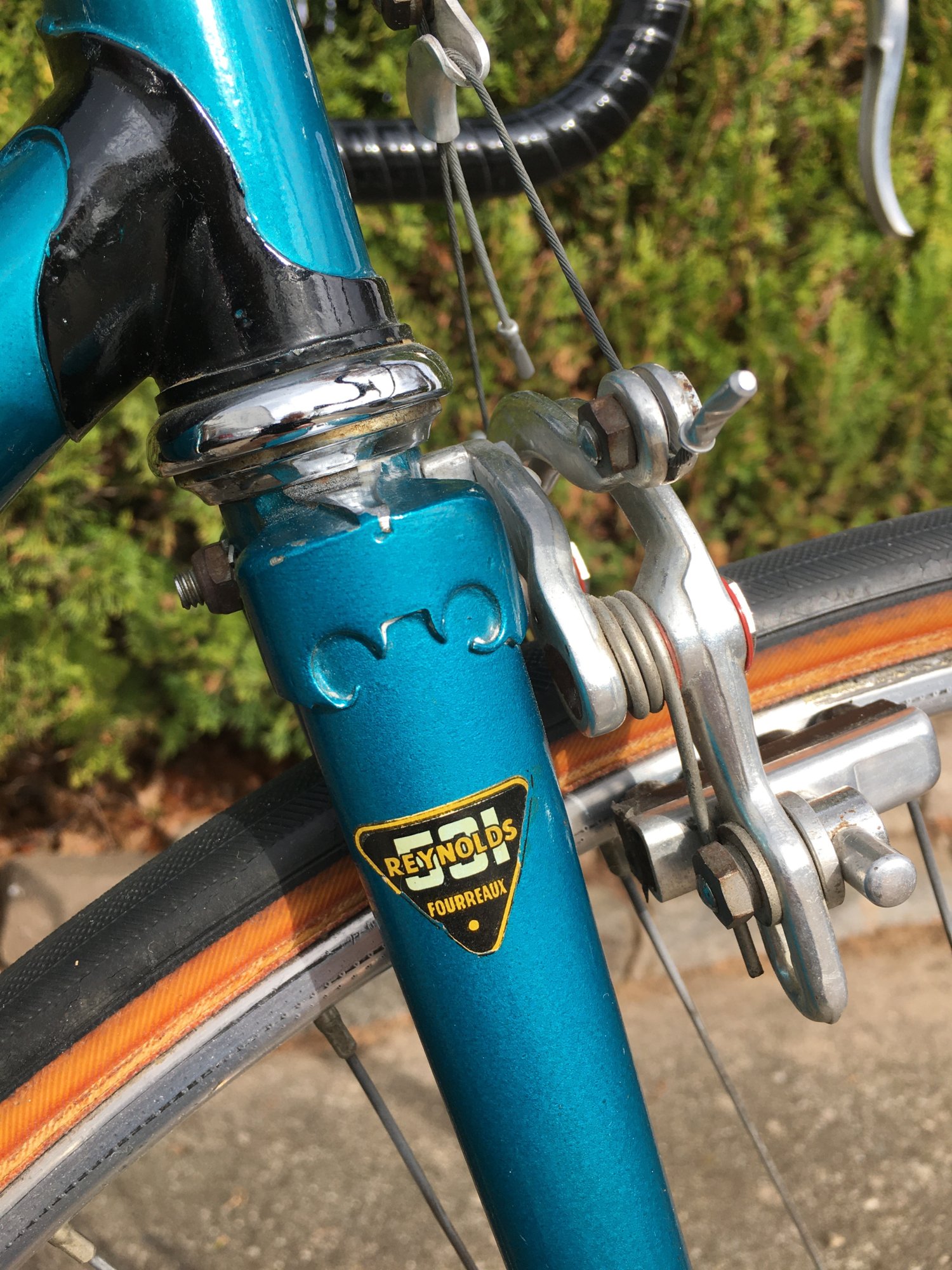 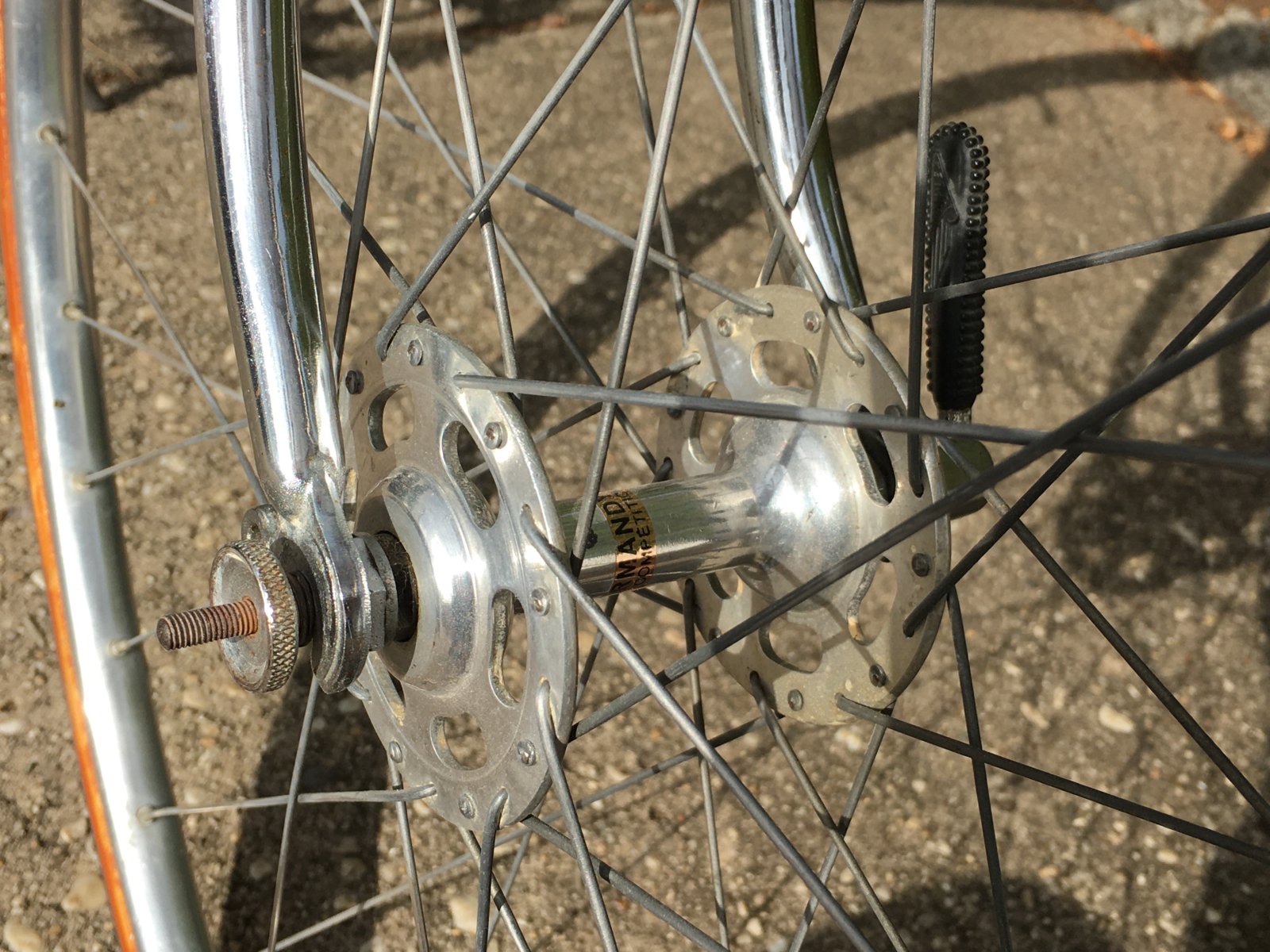 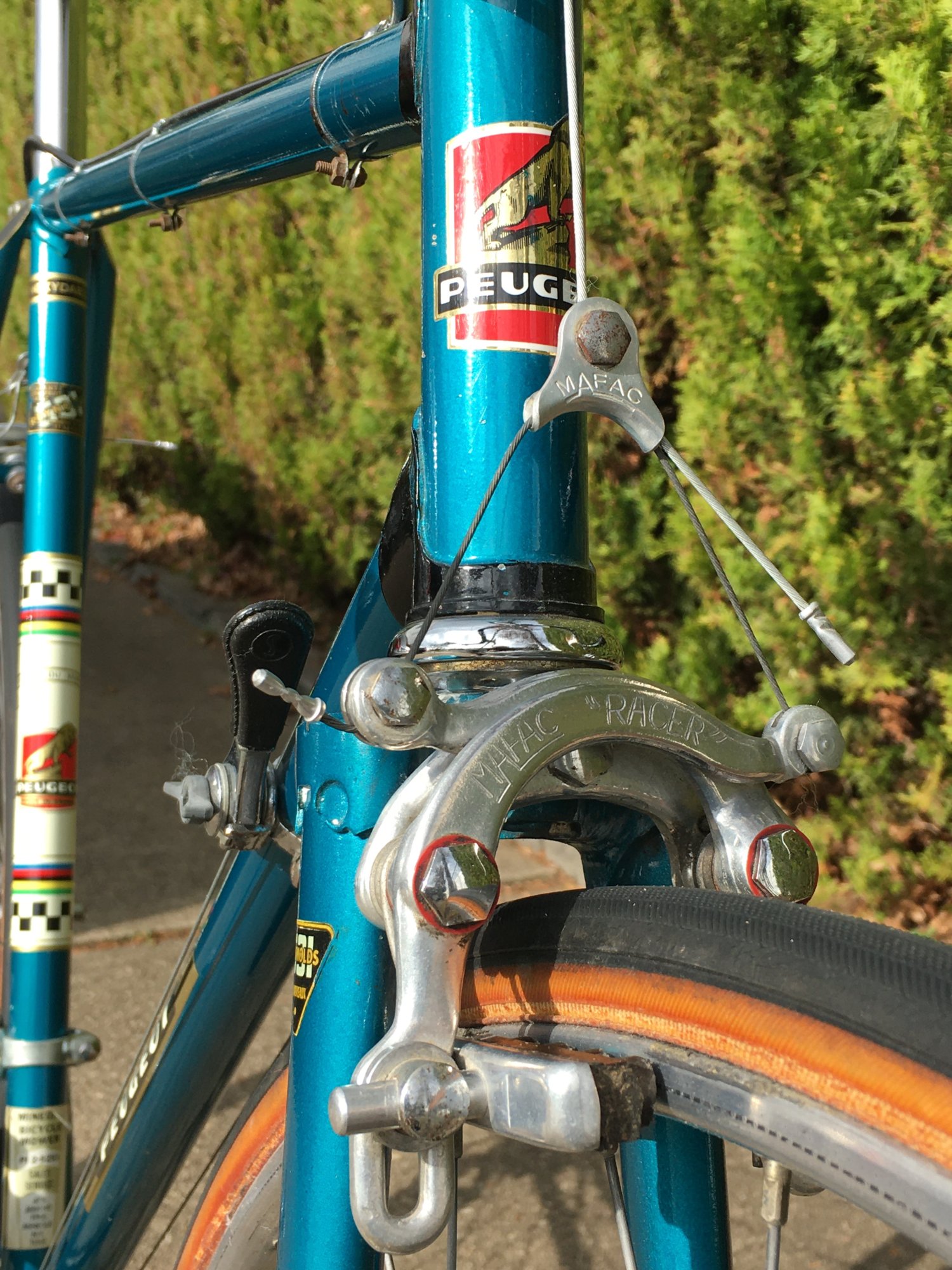 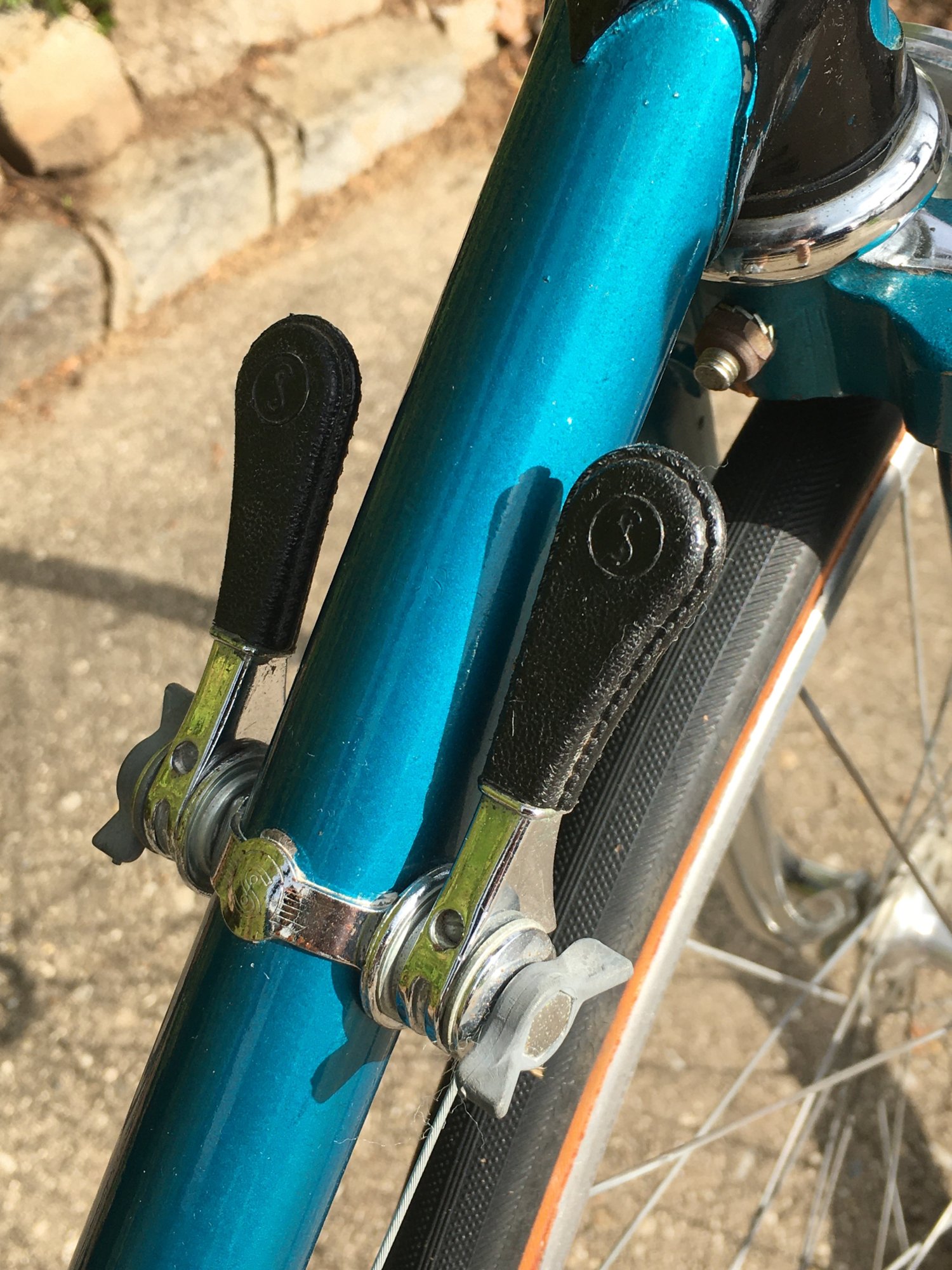 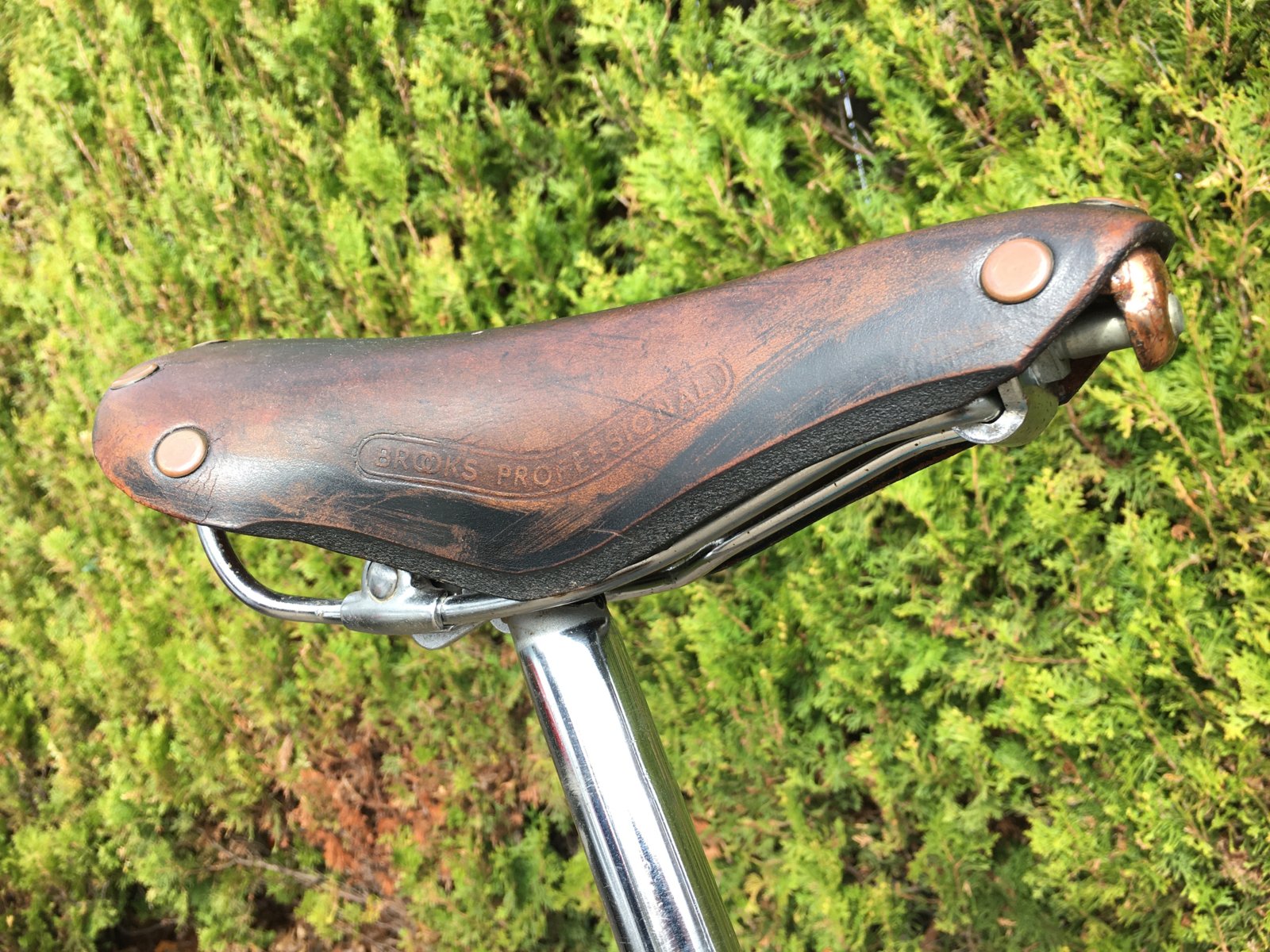 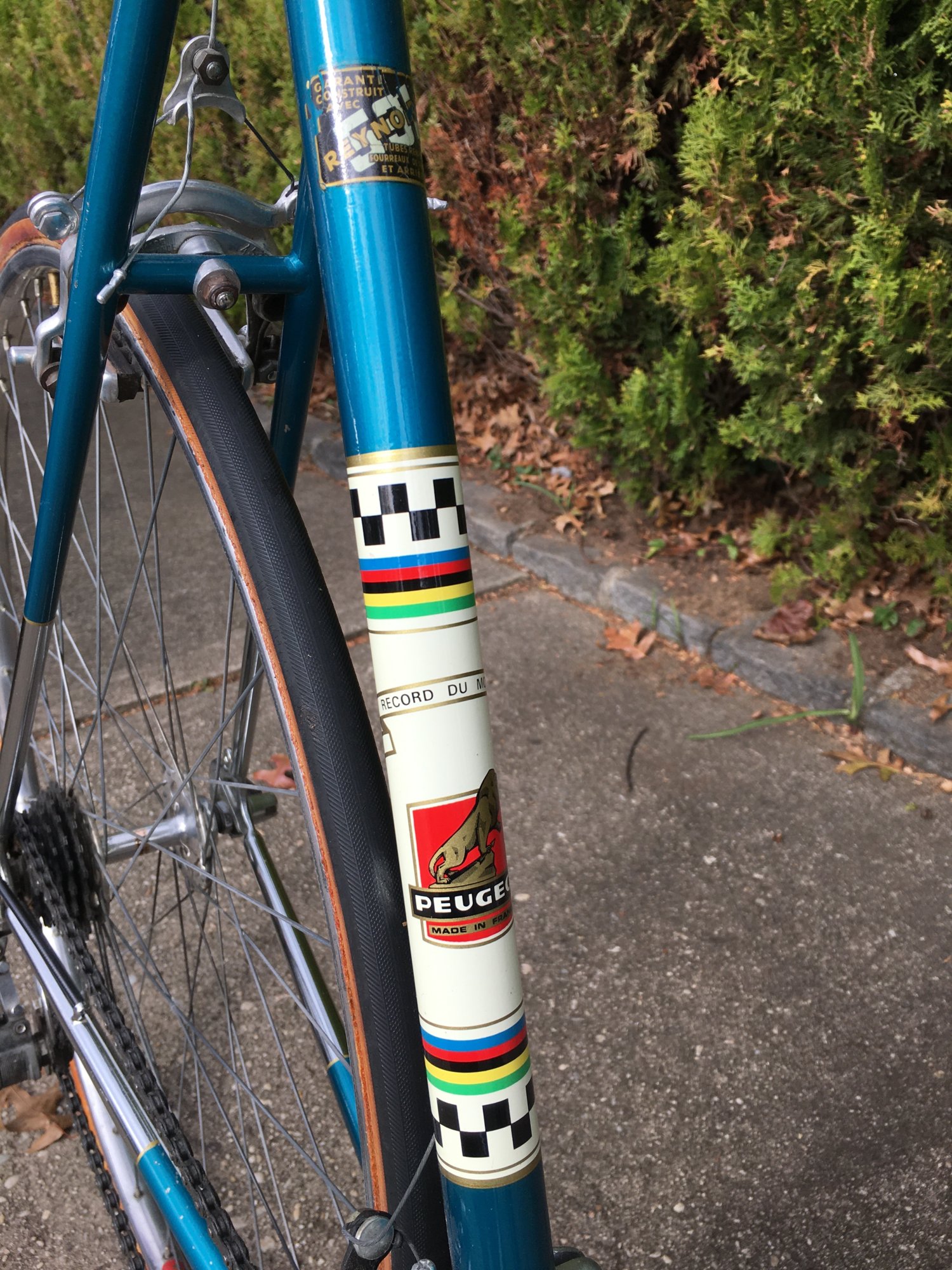 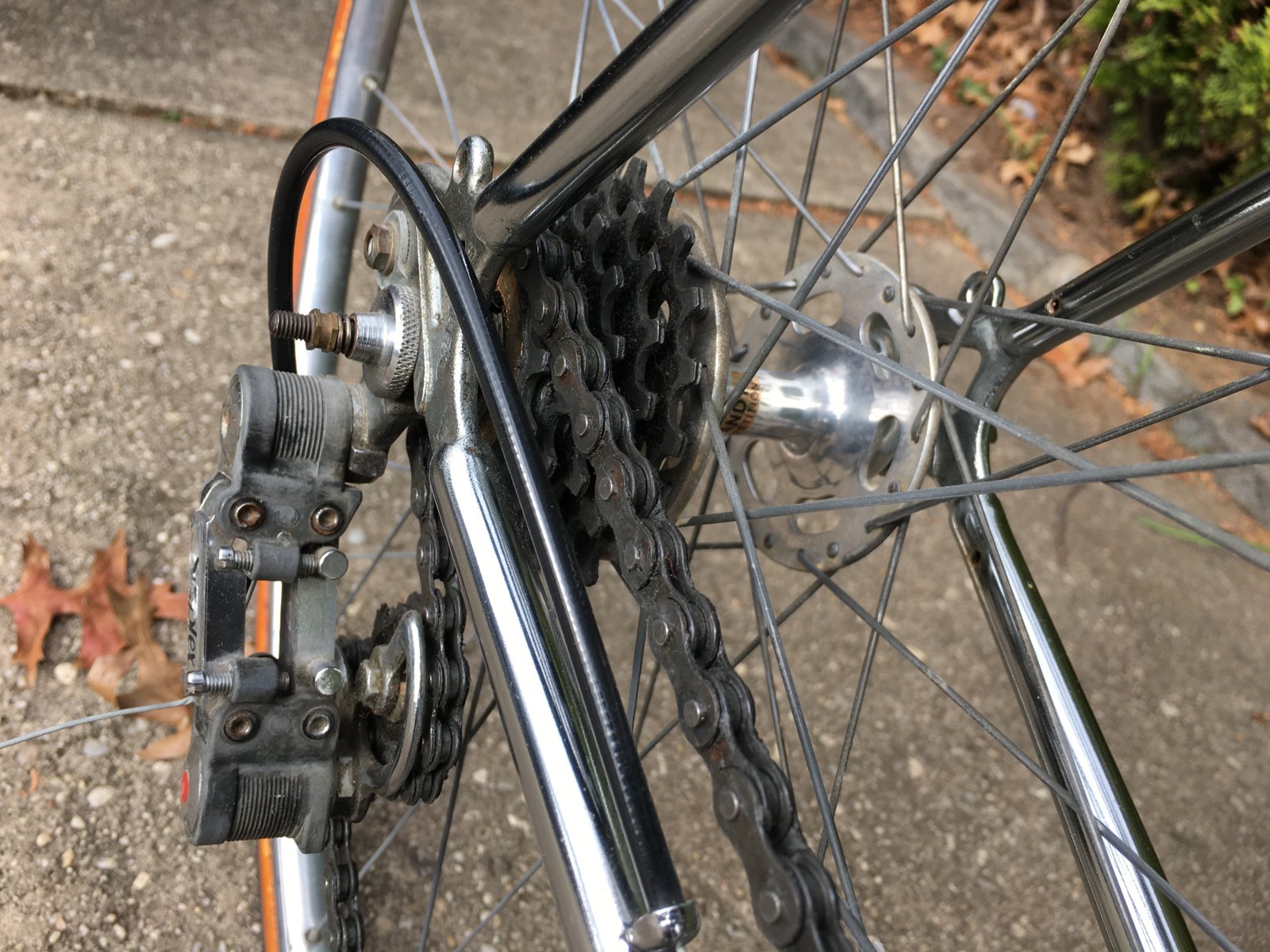 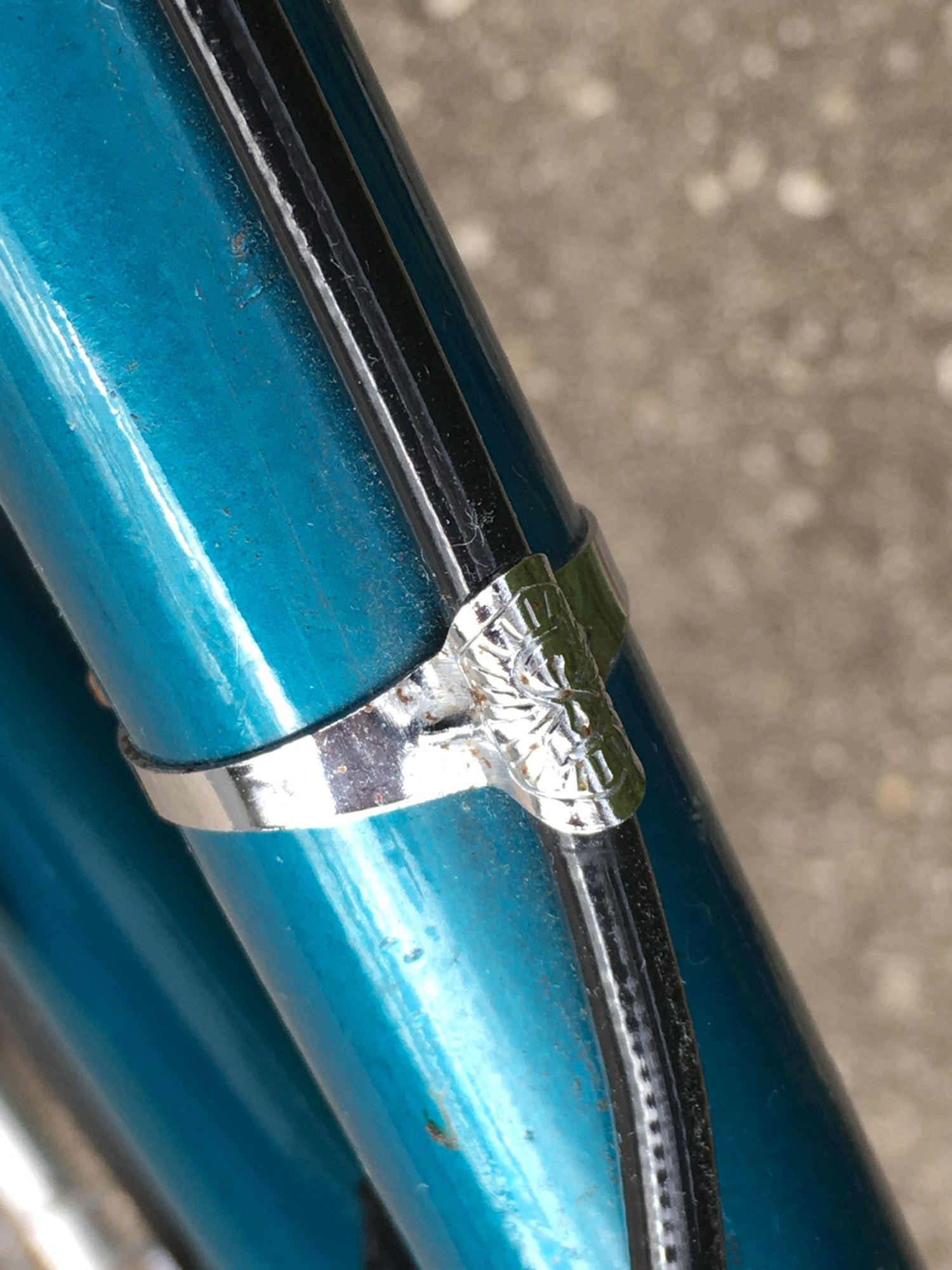 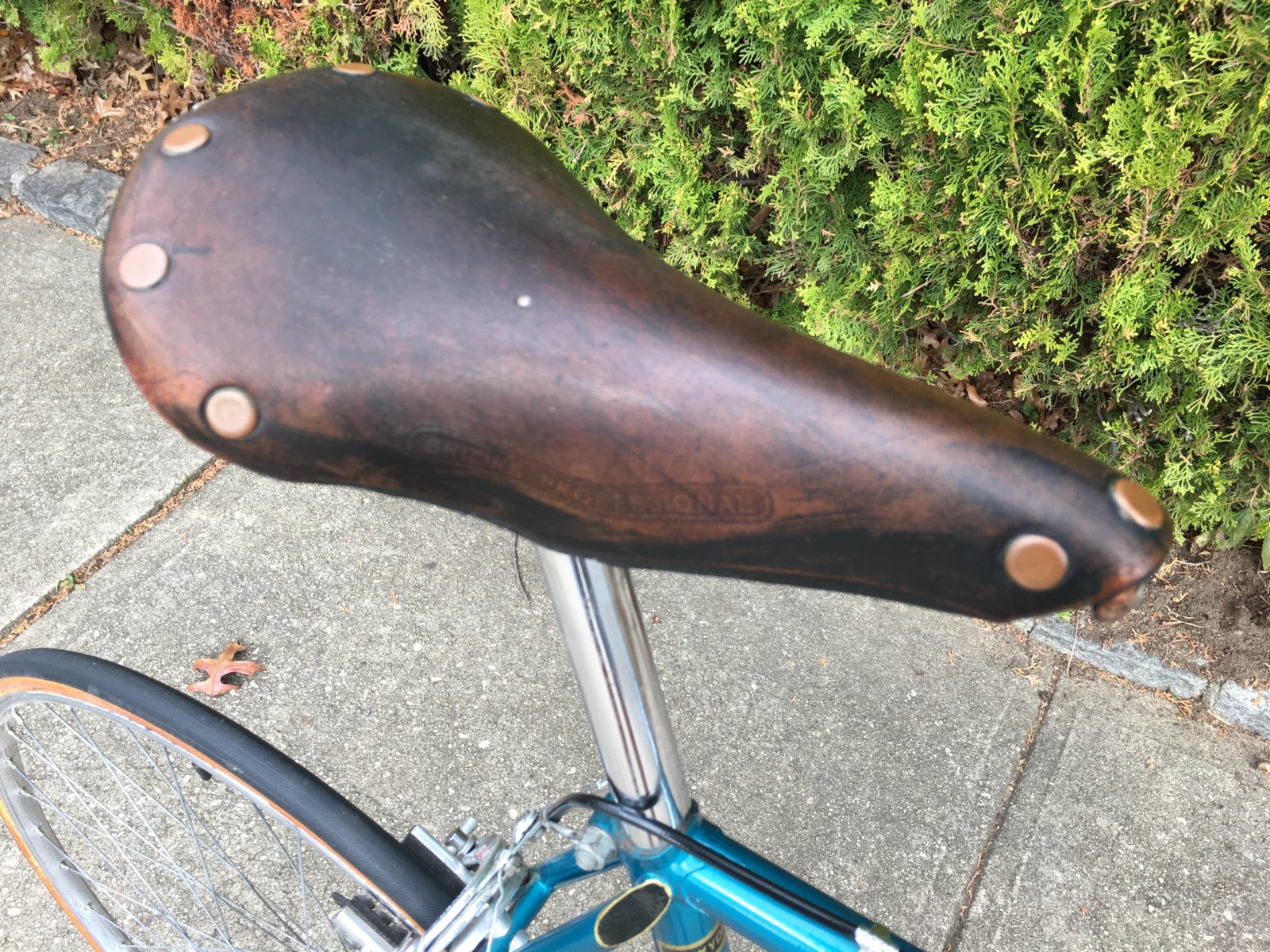 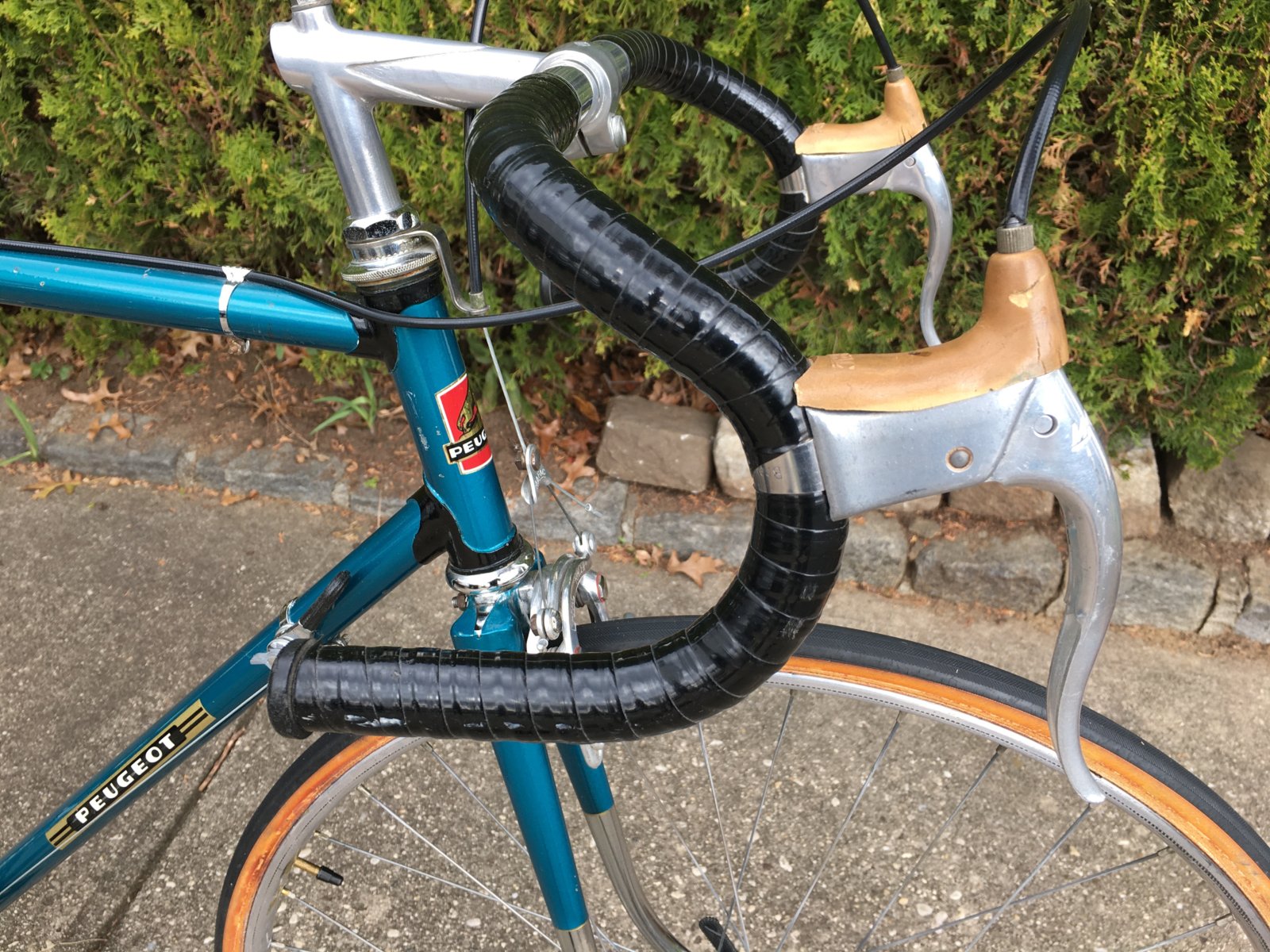 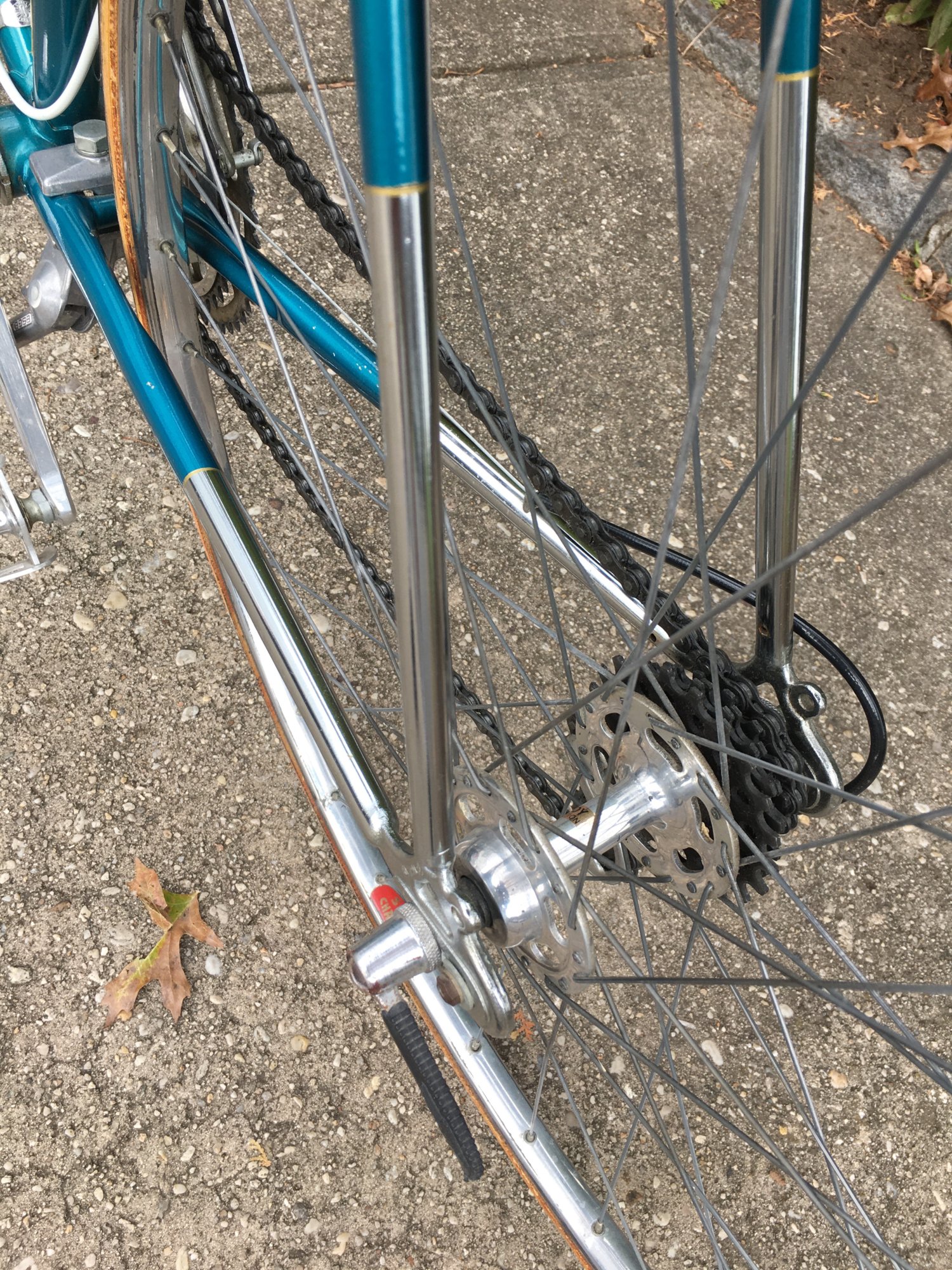 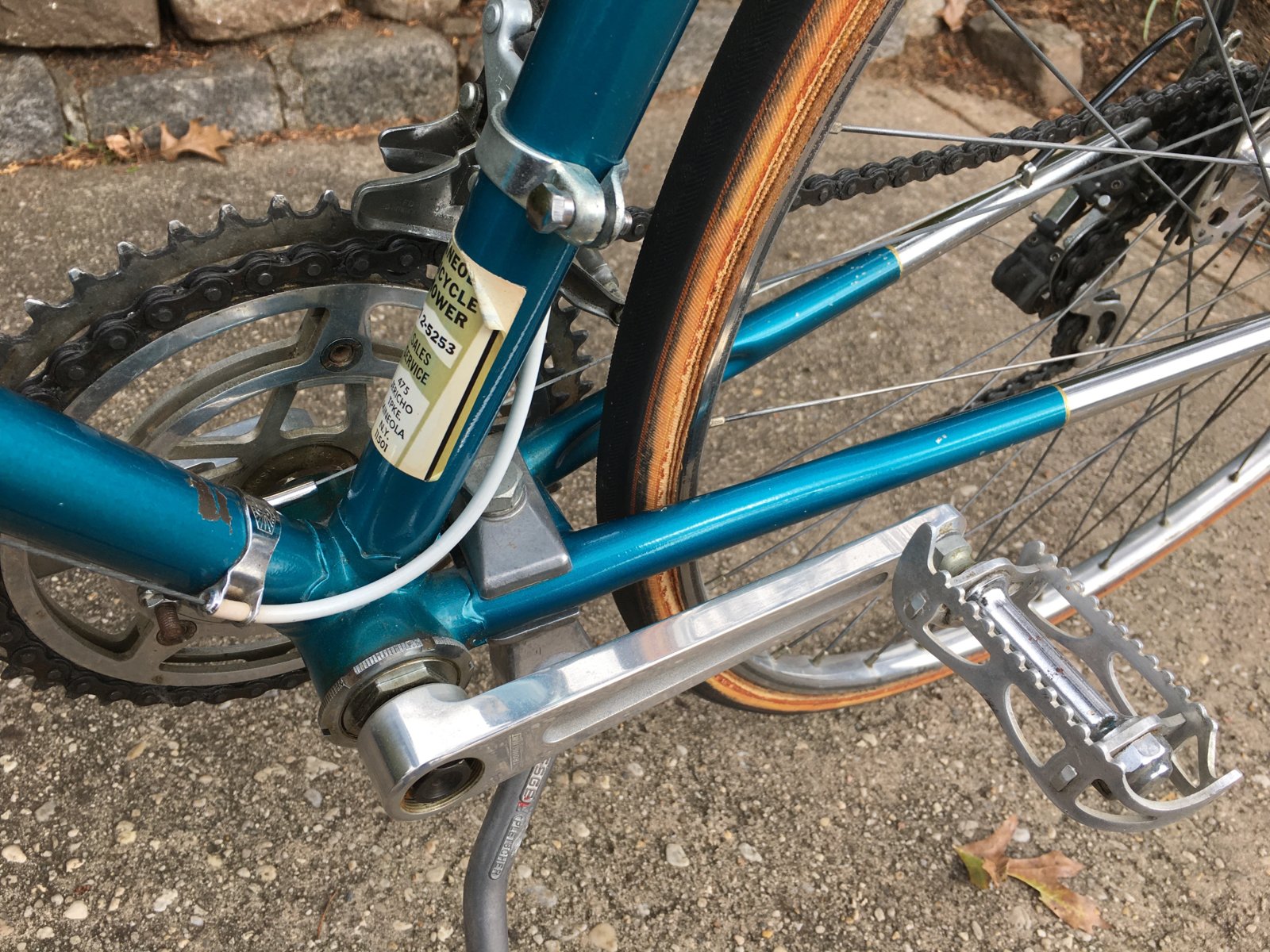 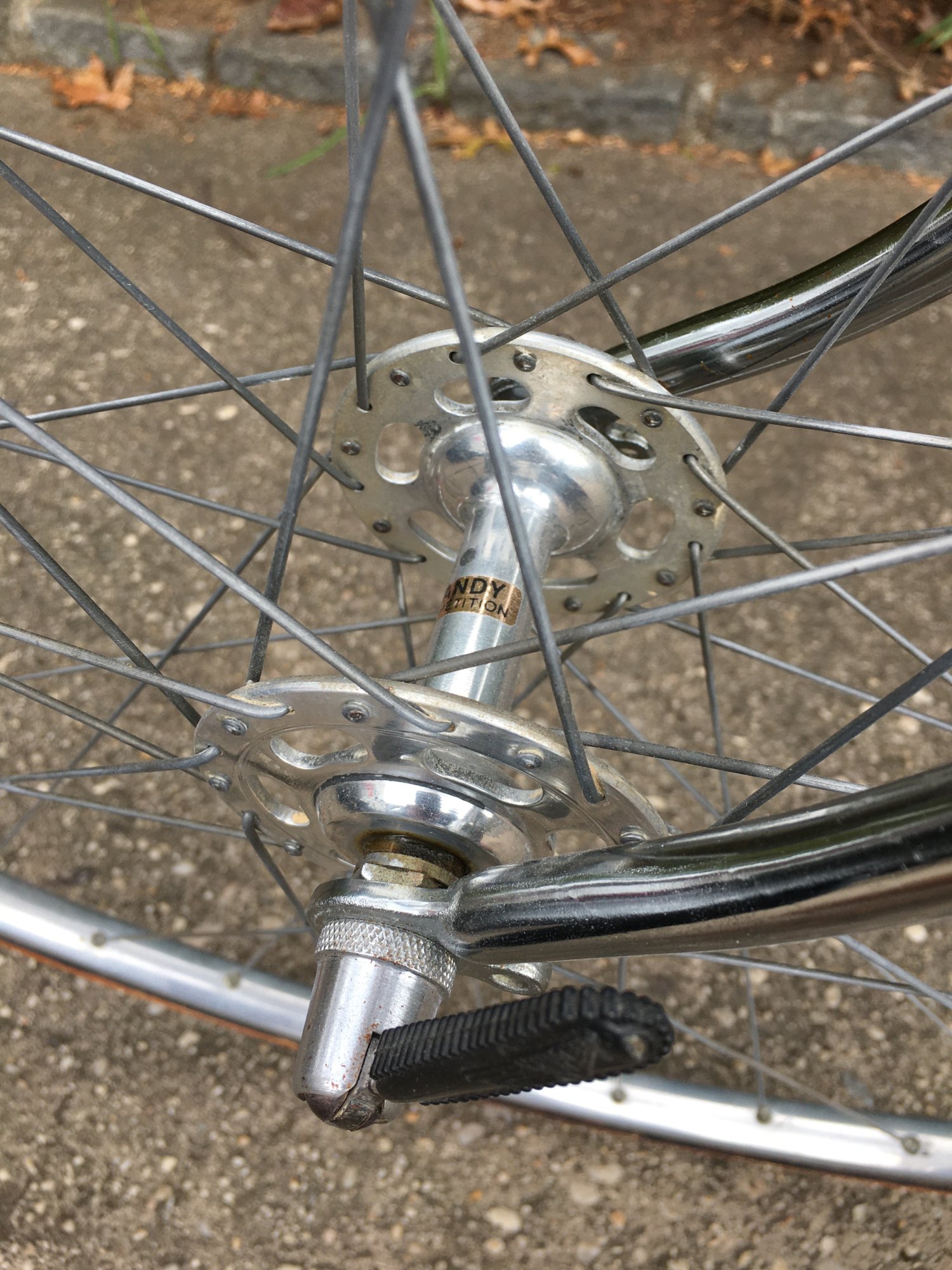 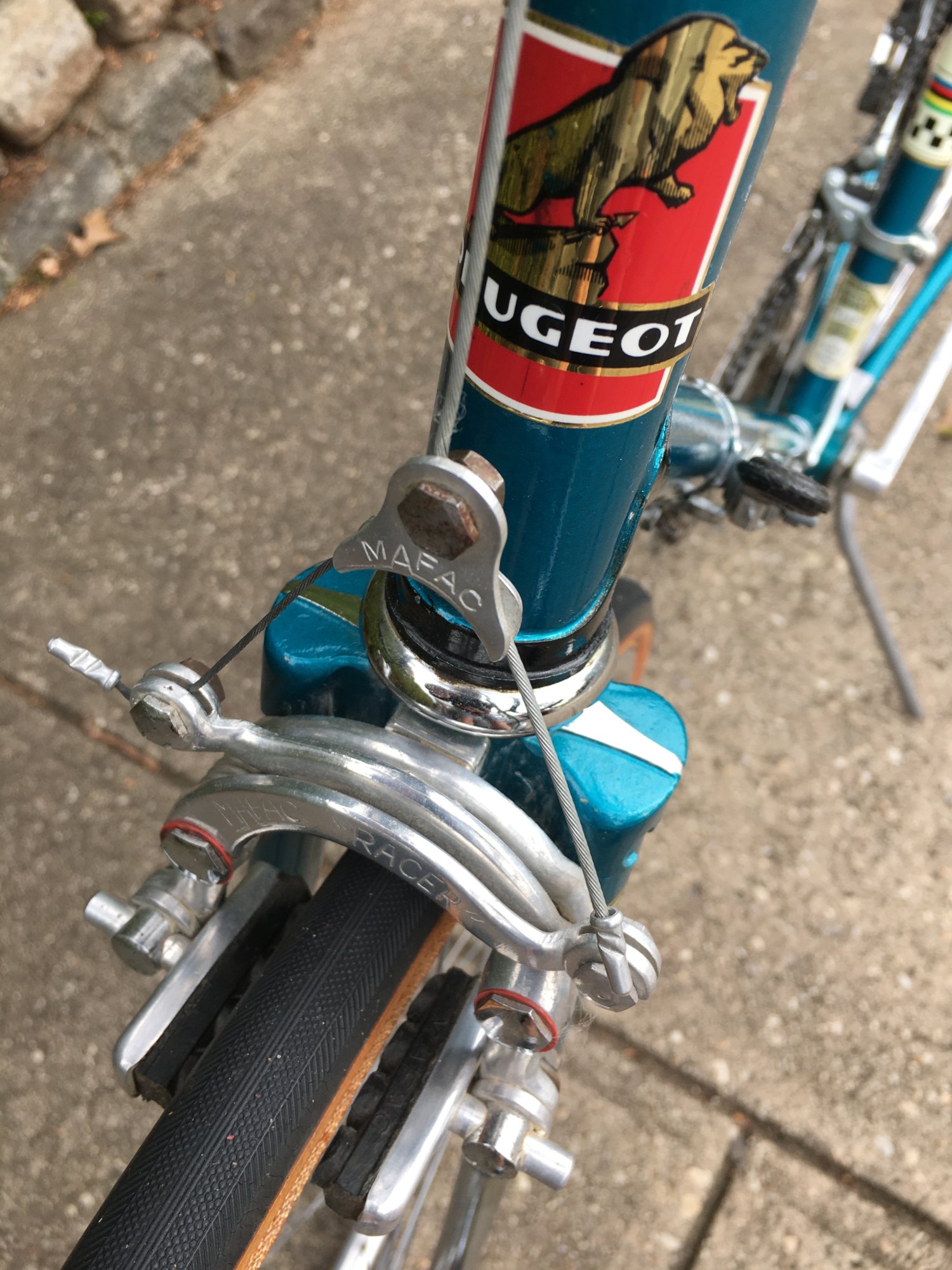 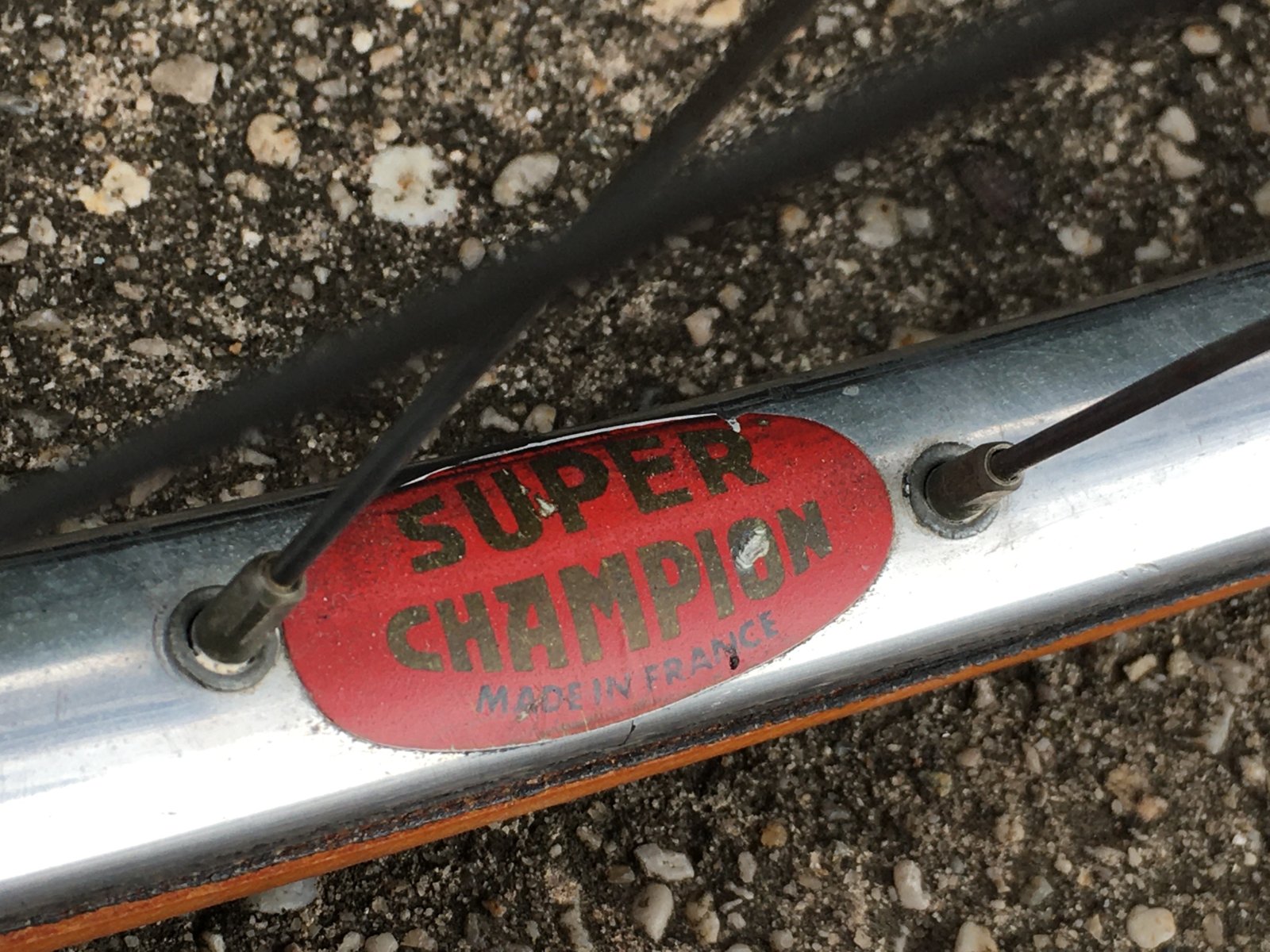 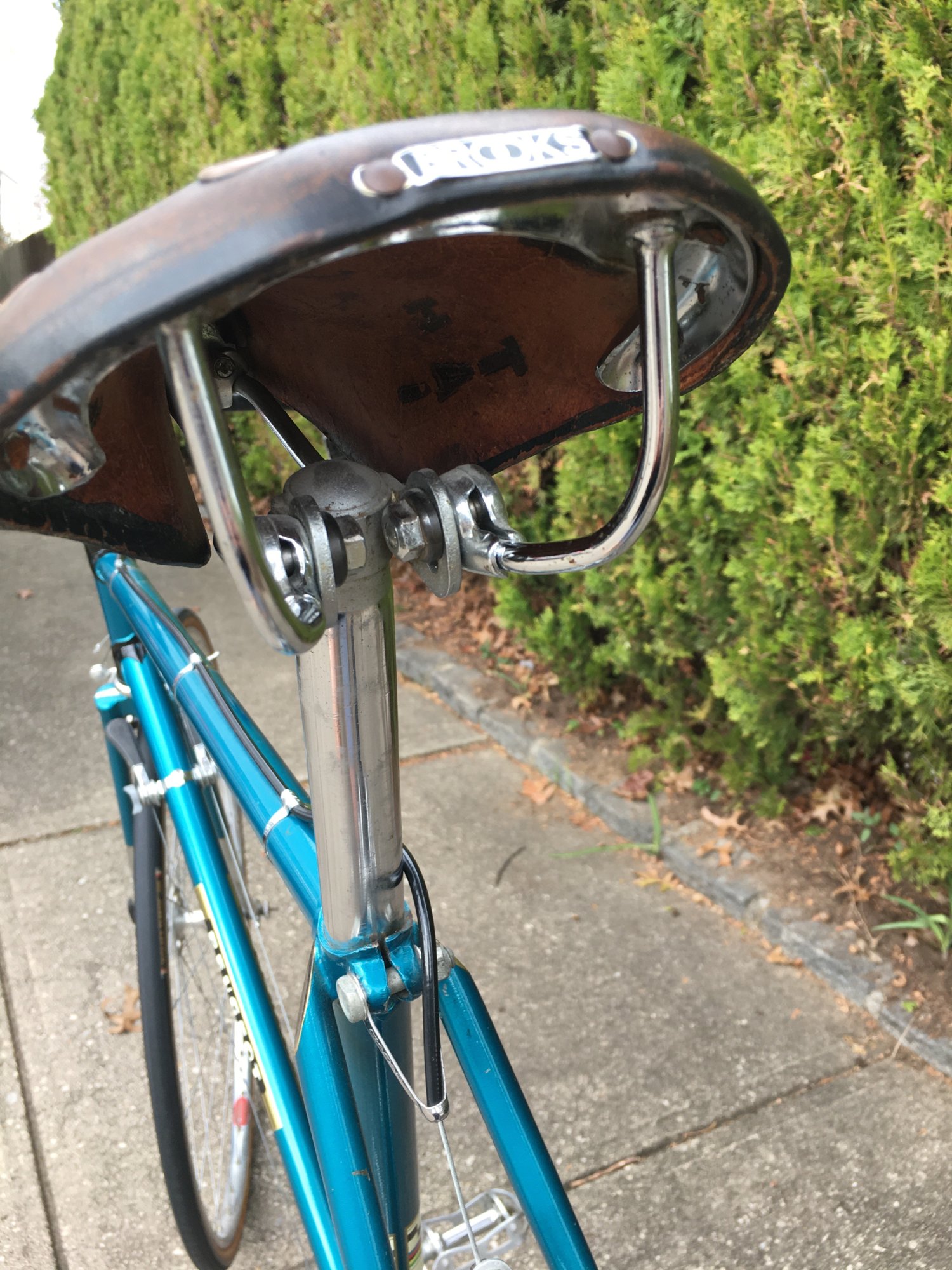 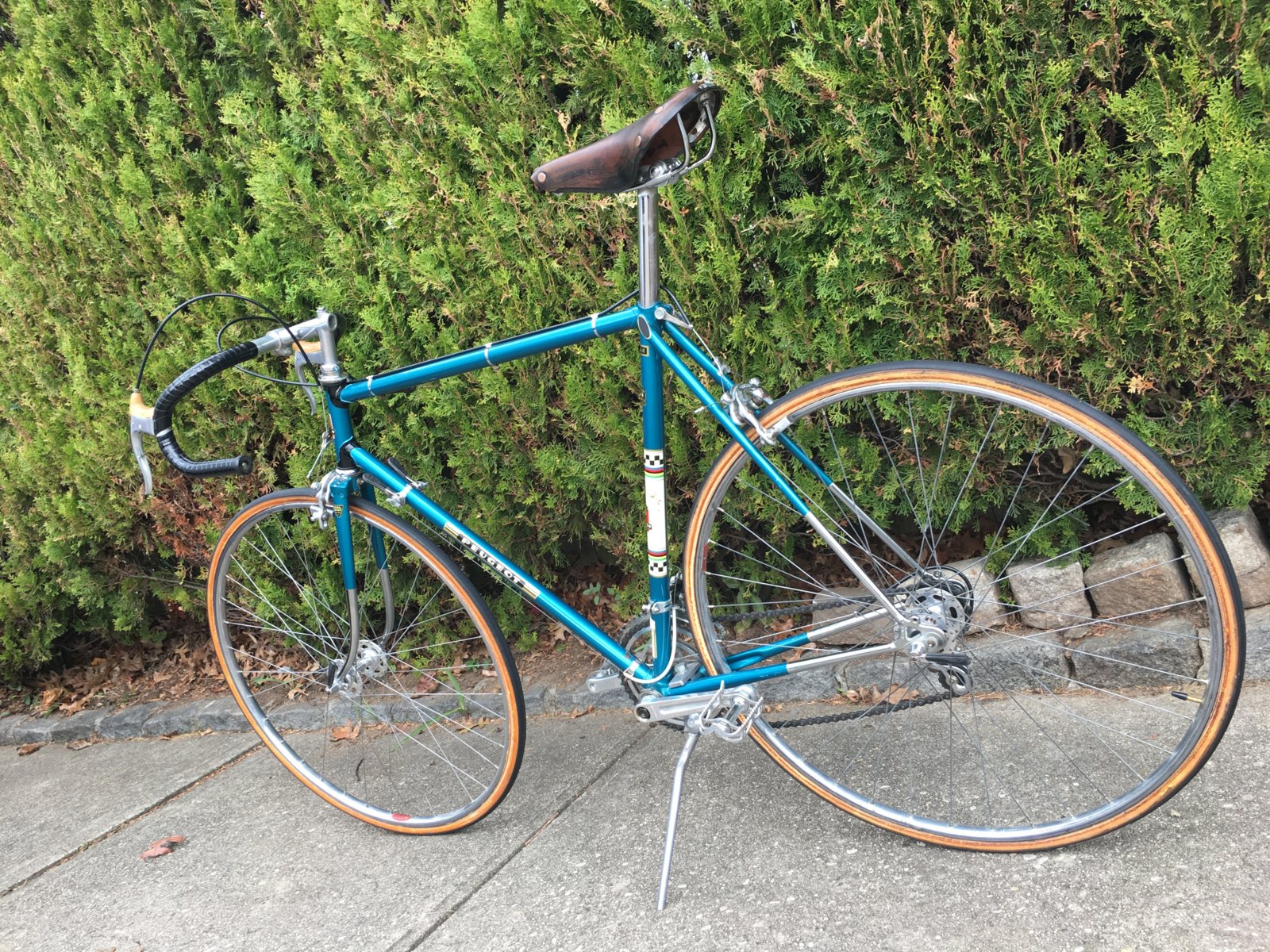 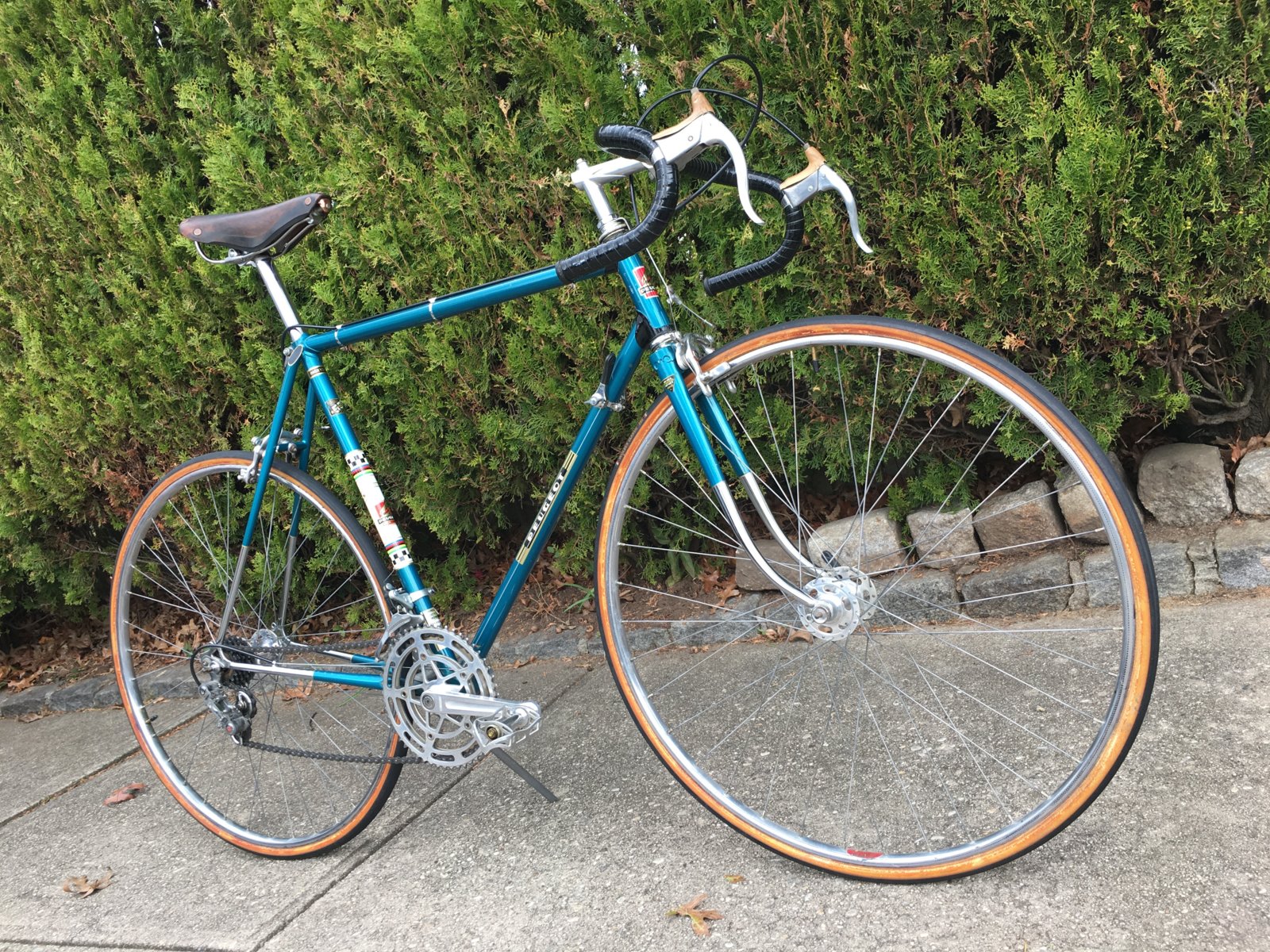 Very nice! I have a '72 PX10 in the same color scheme, picked it up at an estate sale where it had been hanging upside down on a wall for 30+ years. Like yours it has almost no wear. It's back on a wall again and in my living room, but I pull it down and ride it every now and then...

Cool bike! Great story! Thanks for sharing!
"Hello. My name is Eric and I'm a bikaholic."

Beautiful old Peugeot! Don’t see them much anymore. Reminds me that I need to clean my bike when I see how nice you have that one looking.

I love the color, cool bike 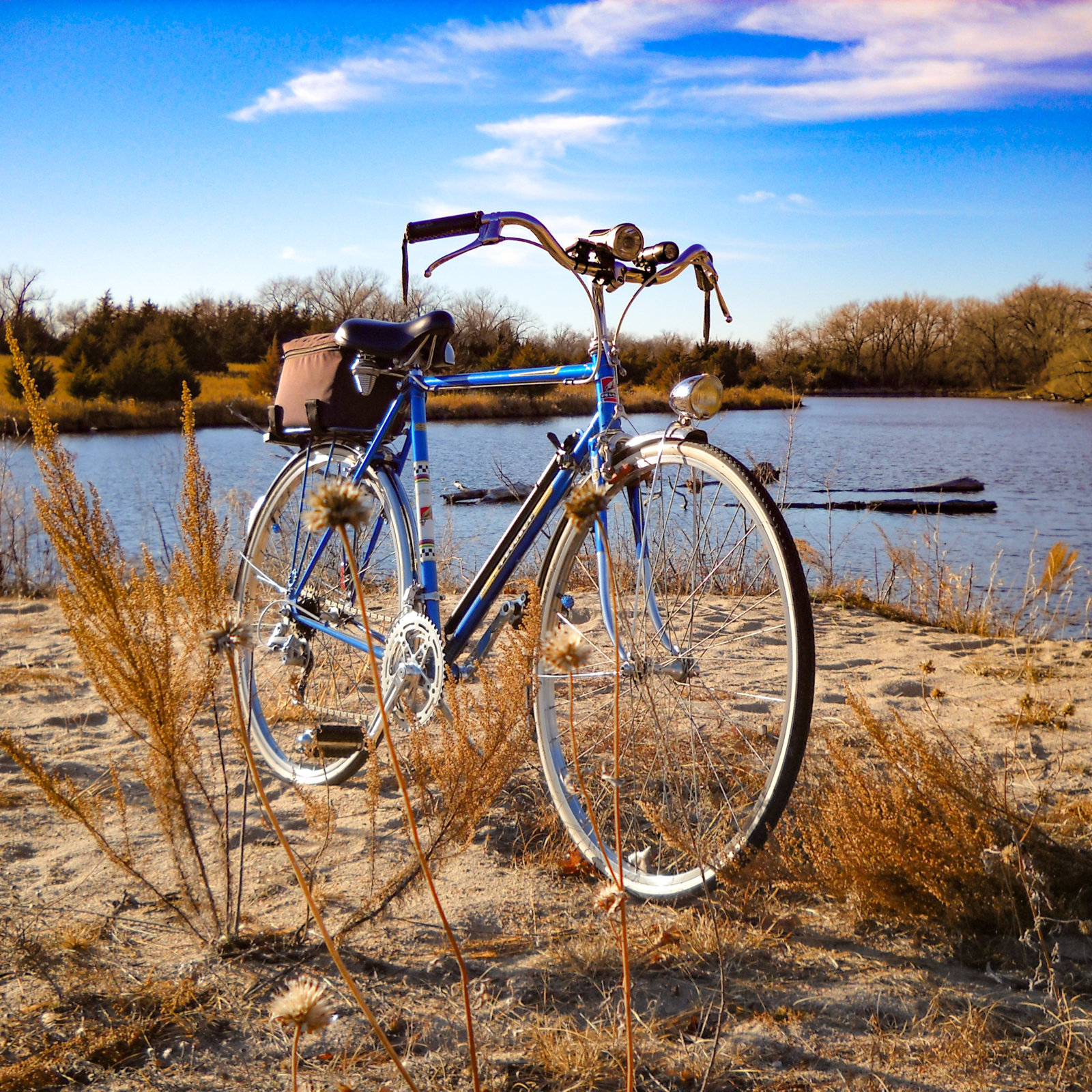 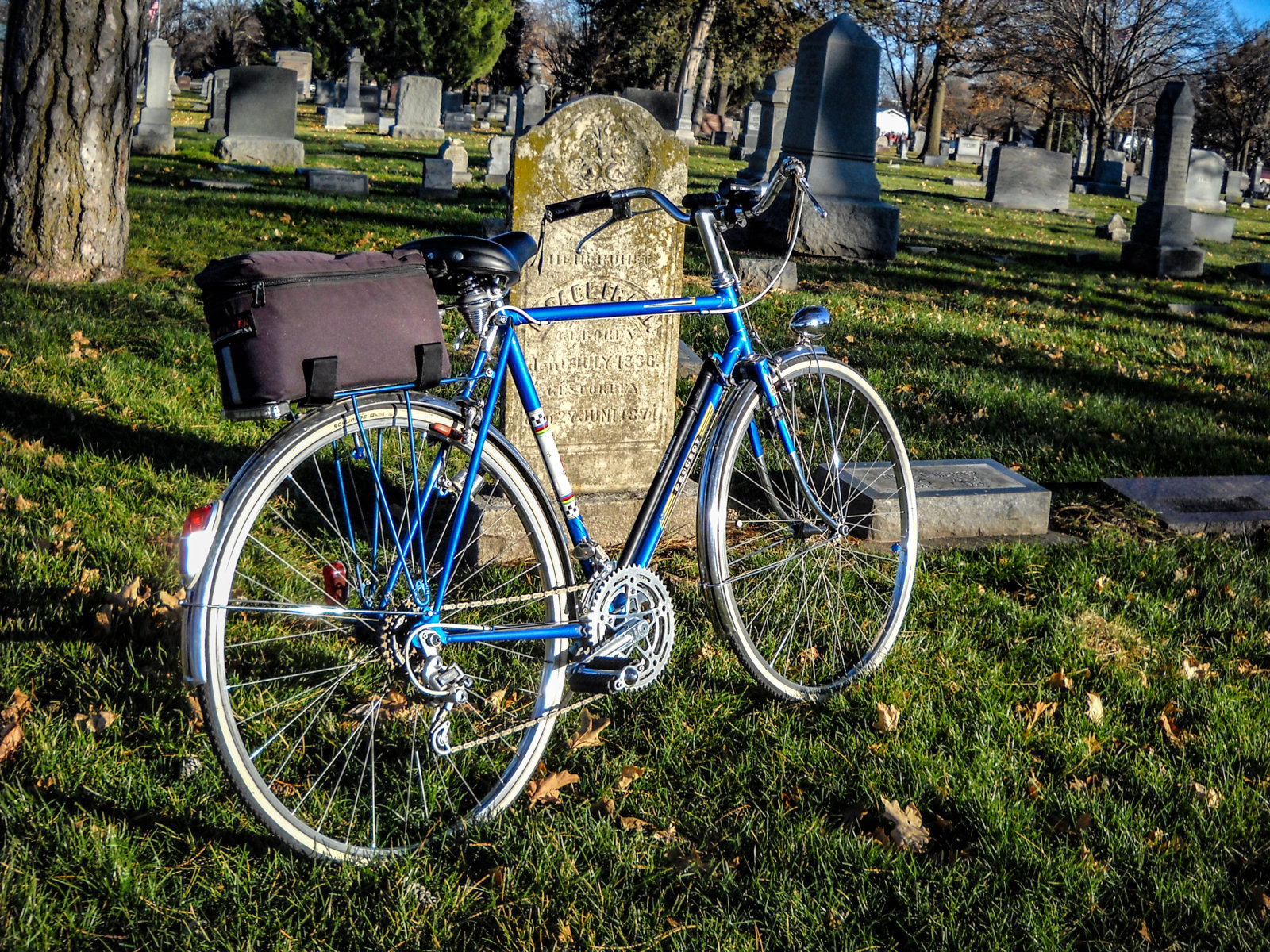 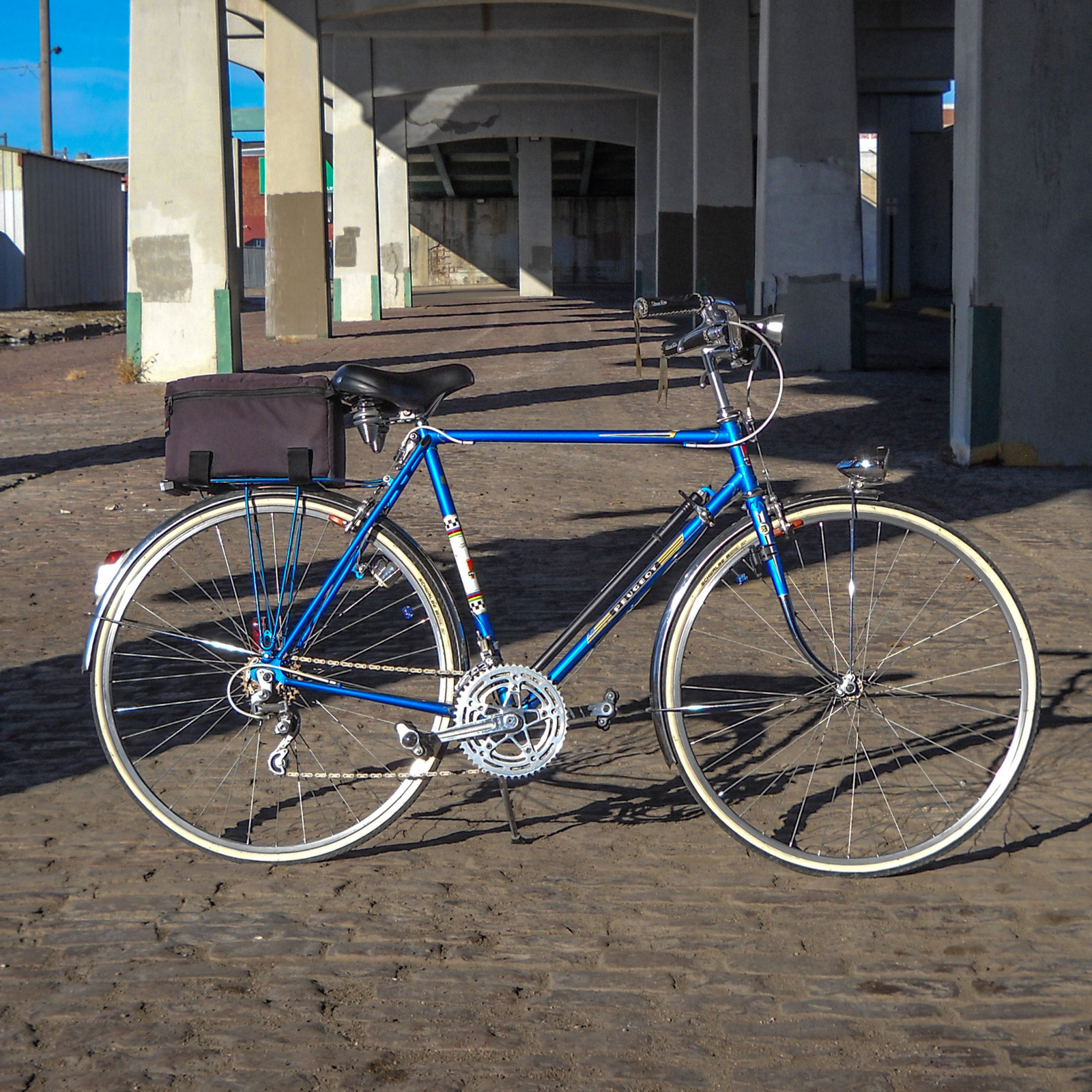 as it is my winter bike and one of my favorite rides. Up graded the cranks to Stronglight, Simplex Super LJ front derailleur, Suntour V GT rear, Selle seat and alloy touring bars. It fits me and my riding style perfectly and I ride 25 miles or so on each cruise around CB Iowa or in Fremont Ne as in these pics from two weeks ago. I'm also 68 and now prefer the touring style for a roadie. I love my Peugeot and the blue is a great color. I enjoyed seeing the pics of your PX10. Get out and ride!
You must log in or register to reply here.

What color was my Colson?

Thursday at 7:24 AM
kirk thomas

Thursday at 6:56 AM
kirk thomas