Looking for a pair of rear hubcaps and period original seat for a mid/late 1930's Colson Tricycle.

This was my mother's trike and has seen continuous use by members of the family since new. Now that I have a grandchild I want to get this restored before he is big enough to use the tricycle (which will be a while as this is a rather large trike). The tricycle itself is built like a tank and has nice pinstriping which add to the overall appeal. I do know that the front tire and seat were replaced in the 1990s...In addition to new tires front and rear I hope to find a more period appropriate seat.

Regarding the hubcaps, the photos tell the story...hopefully someone here on the forum will recognize the attachment bracket for the rear hubcap...appears old but not certain if original....I know it was like this when I used the trike in the 60's, so I doubt if it was a post production add on.

I'm working on gathering needed parts first before I pull the project apart to start restoration.

Would appreciate a reach out by anyone who can help with parts or leads. 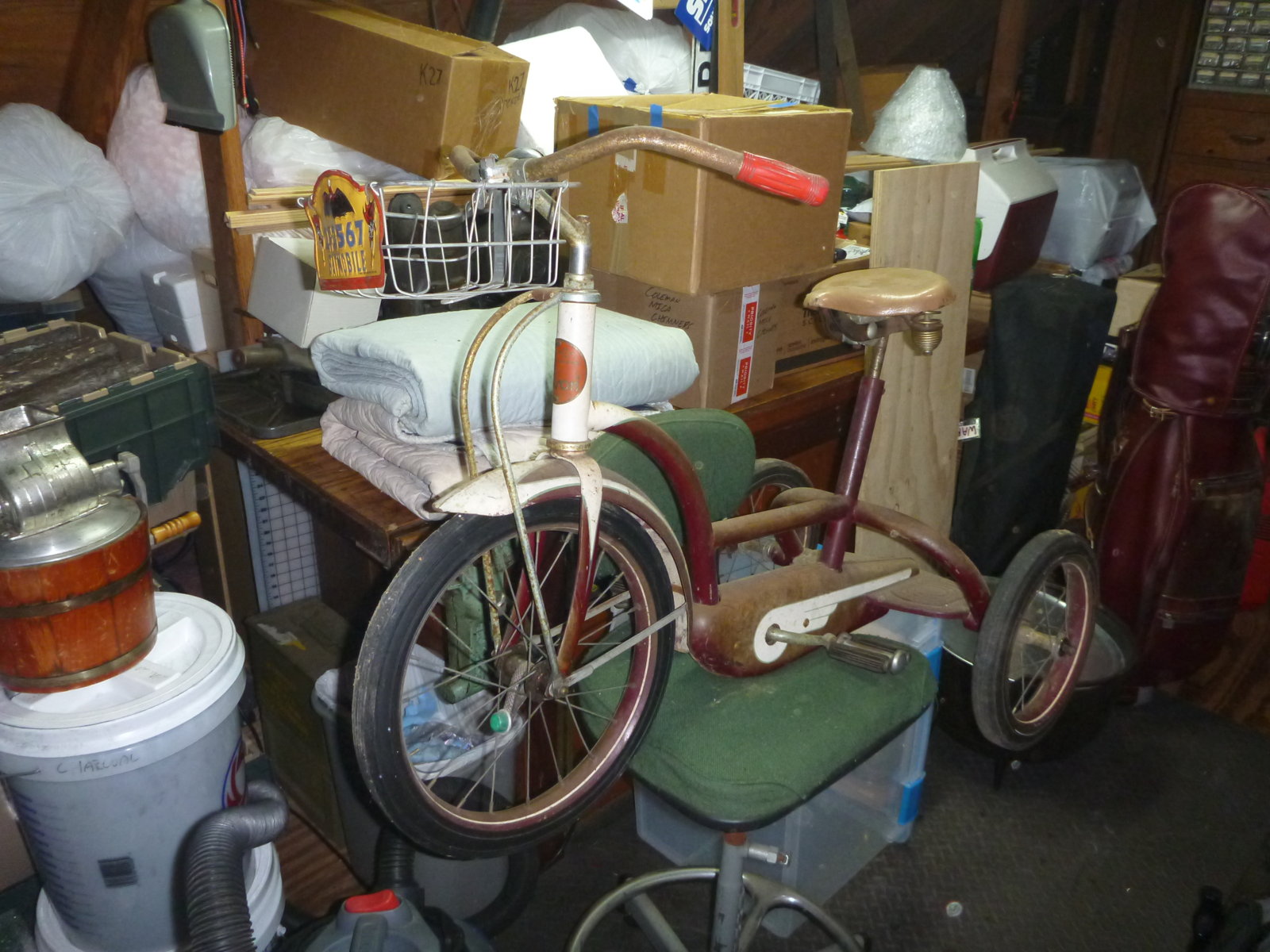 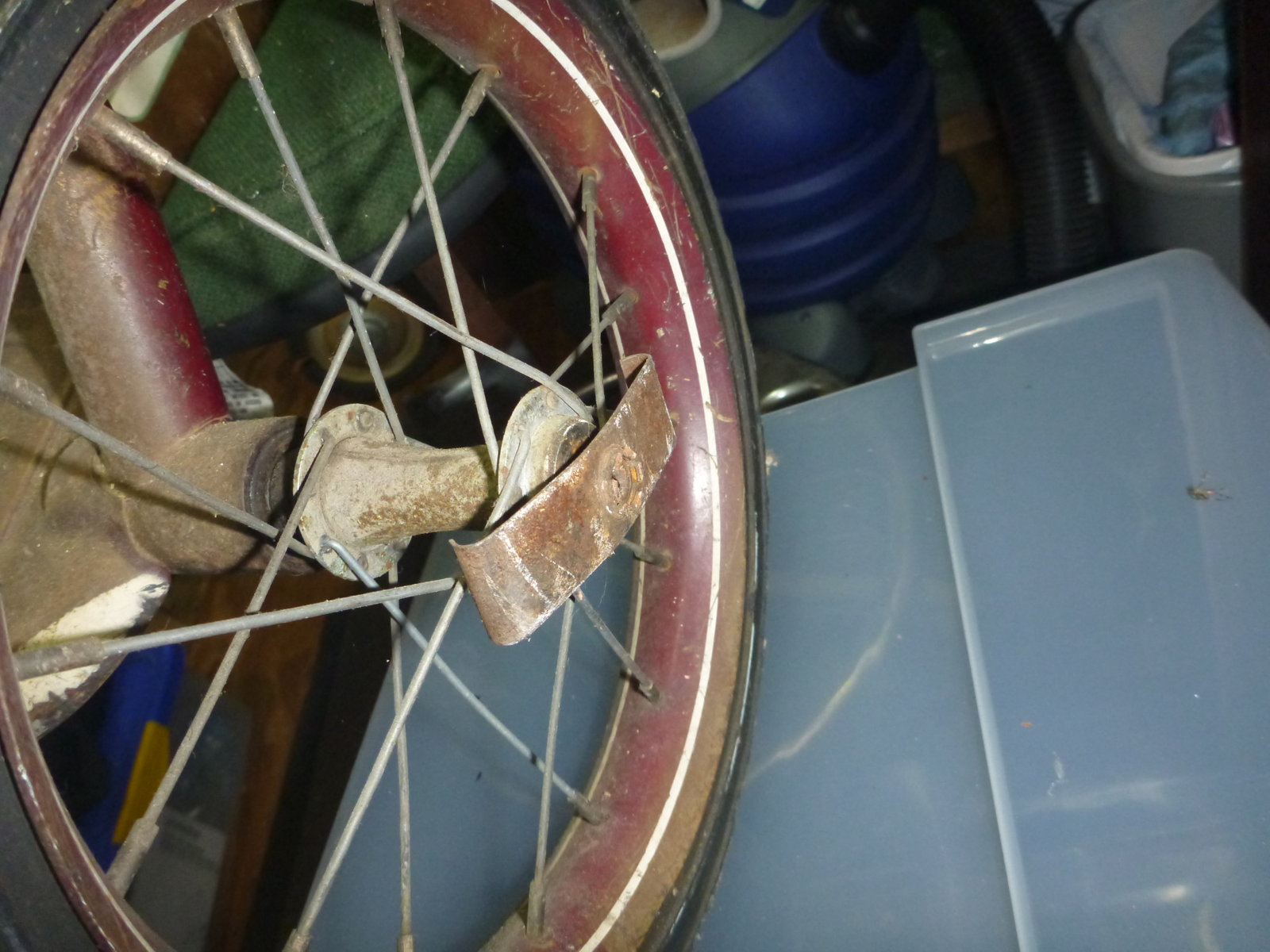 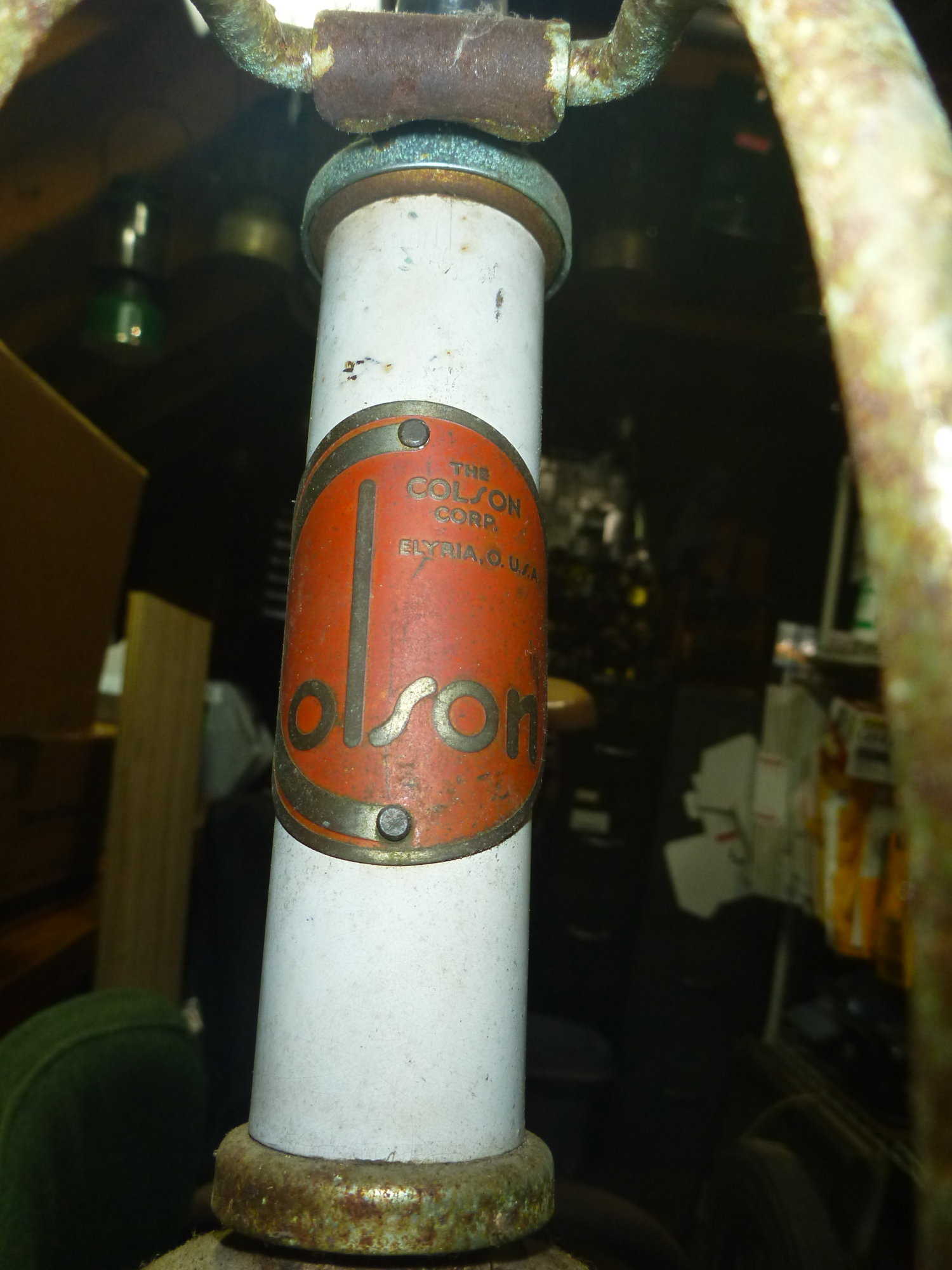 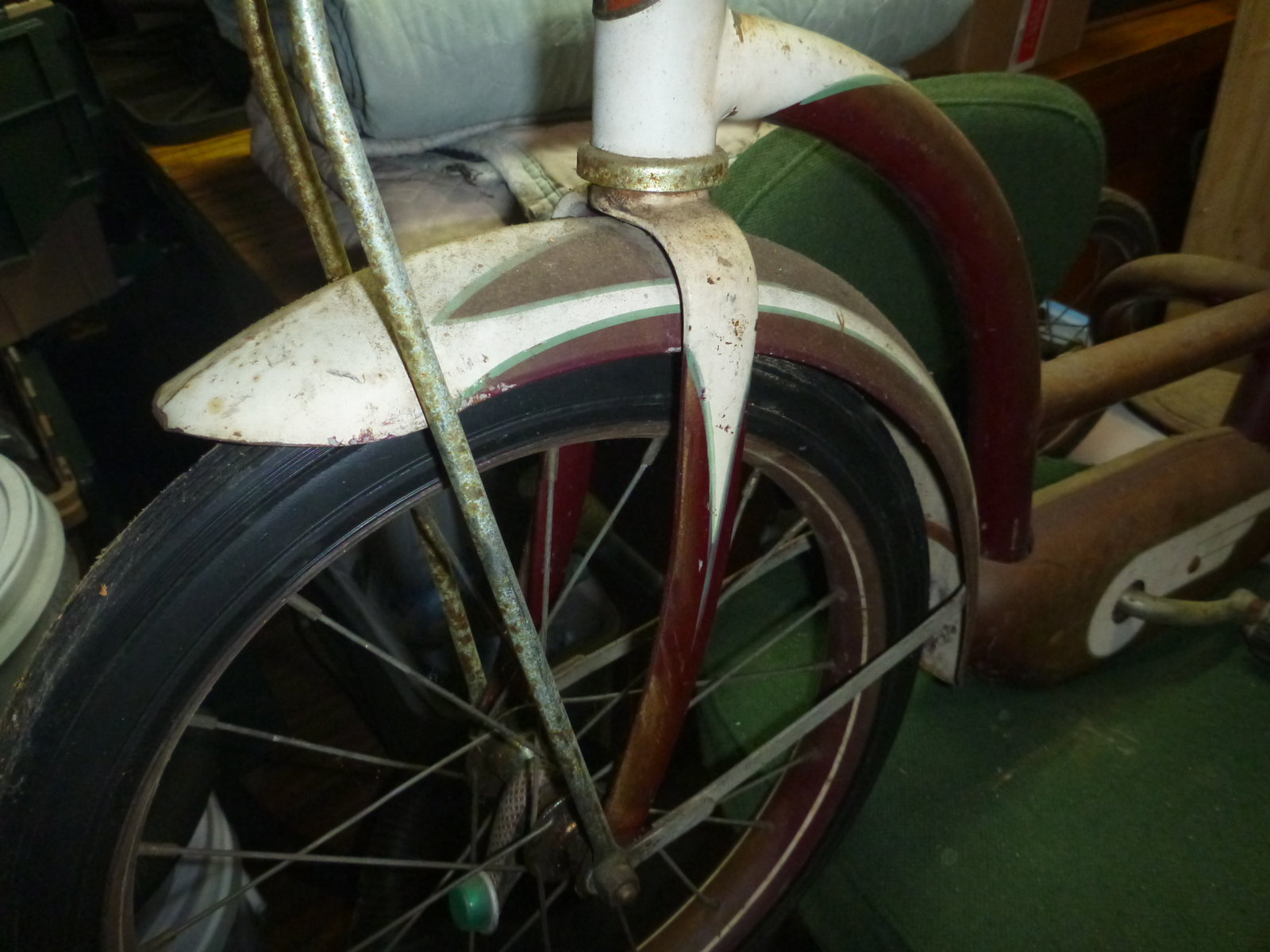 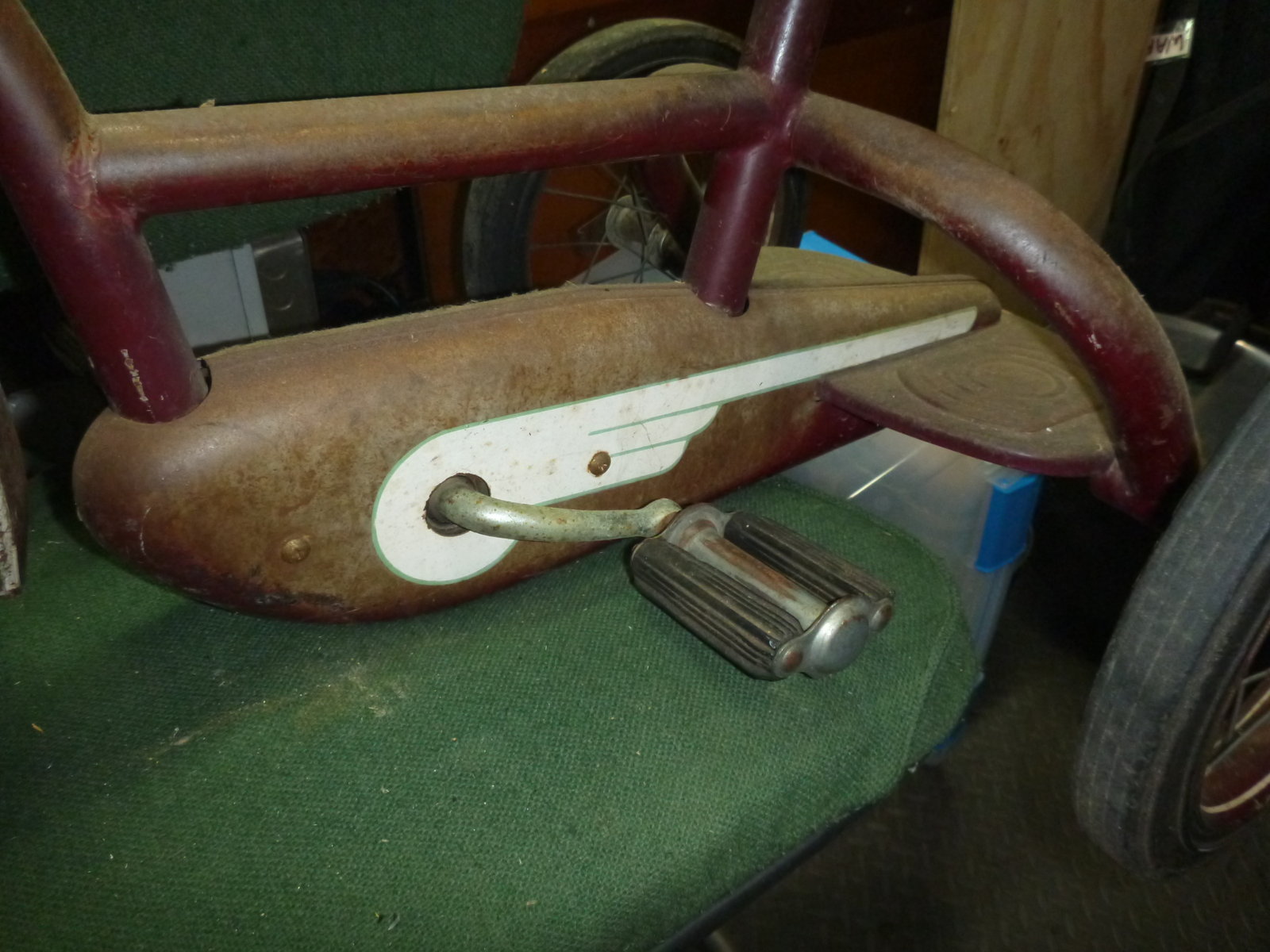 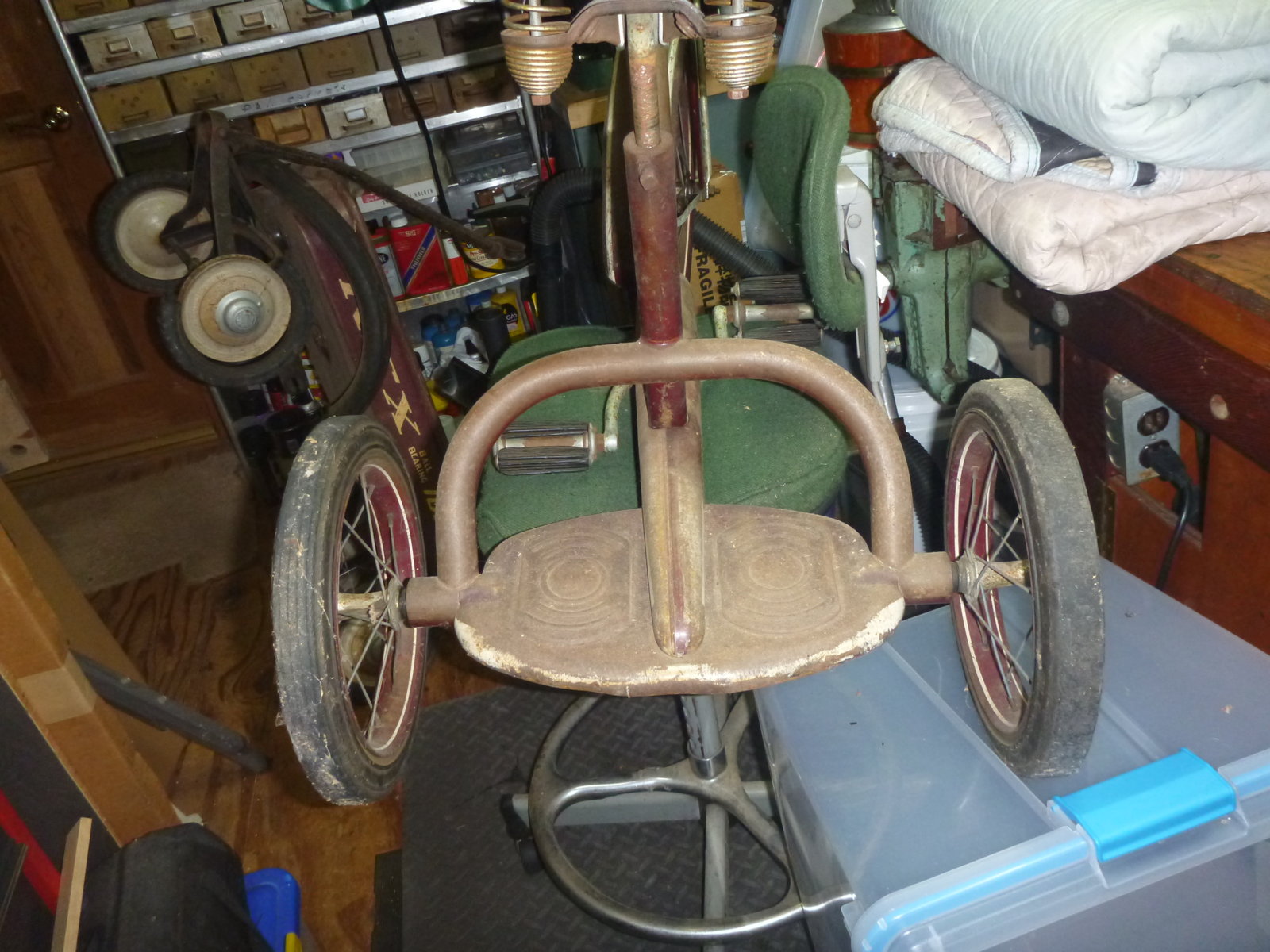 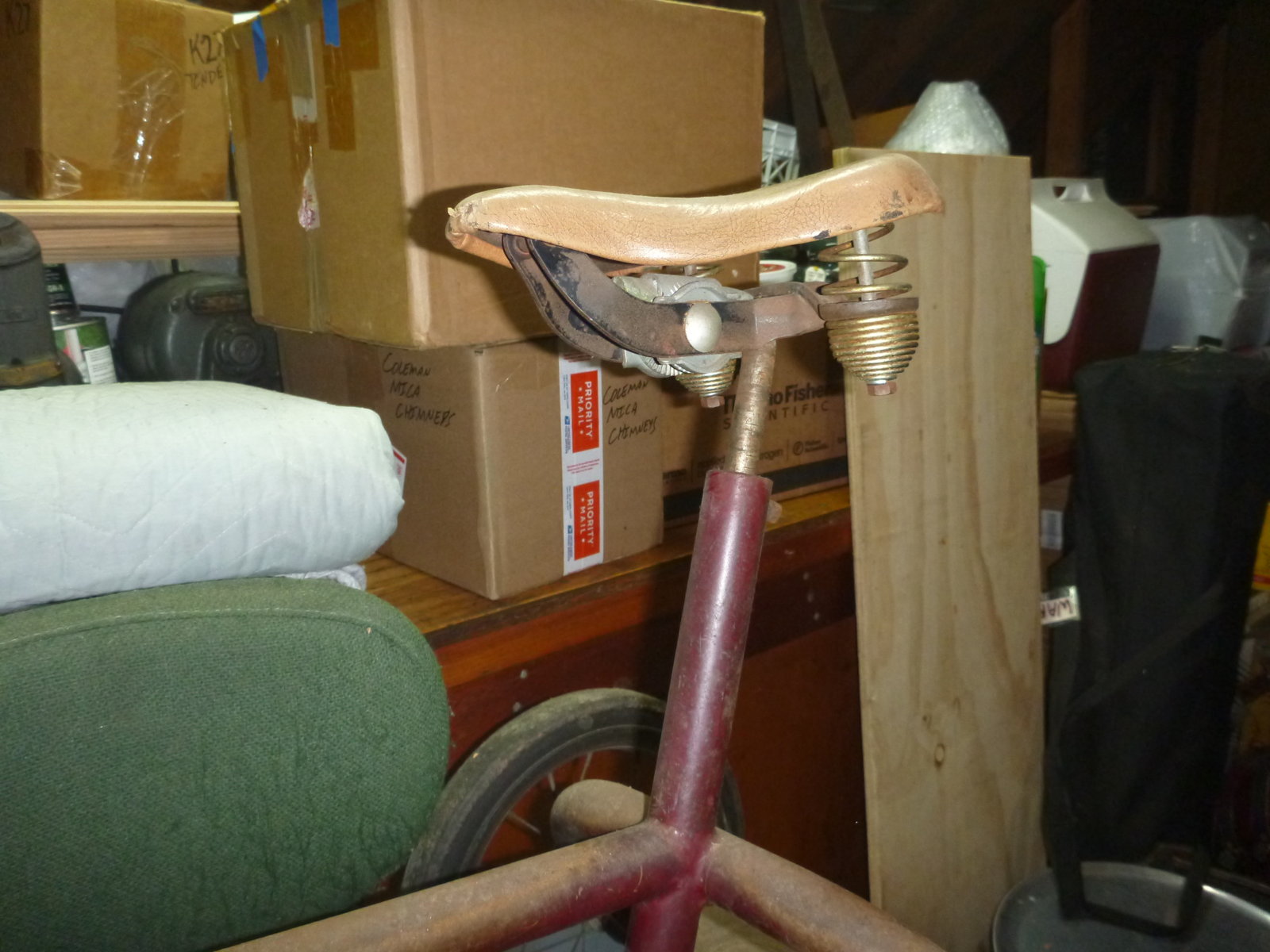