Western Flyer came into my shop, can you guys help me identify and price this thing?

I’m the service manager at my shop and am bored and been looking into old vintage bikes for fun since we’ve had a few come in recently. I already have a project bike I want to work on and am now just trying to learn what’s what and the value of parts to either sell parts online for people looking to restore bikes or help customers restore theirs. This Western Flyer is a customers he’s curious about so any info would be greatly appreciated. Also if anyone needs help service wise or wheel building, I can do that for you or measure and cut spokes for your project. I think opening a door to vintage servicing locally here would be fun whether it’s profitable or not. I just think its fun and might as well write some poop down so its easier for the next guy. I’m 27 so I’m way out of my element here. 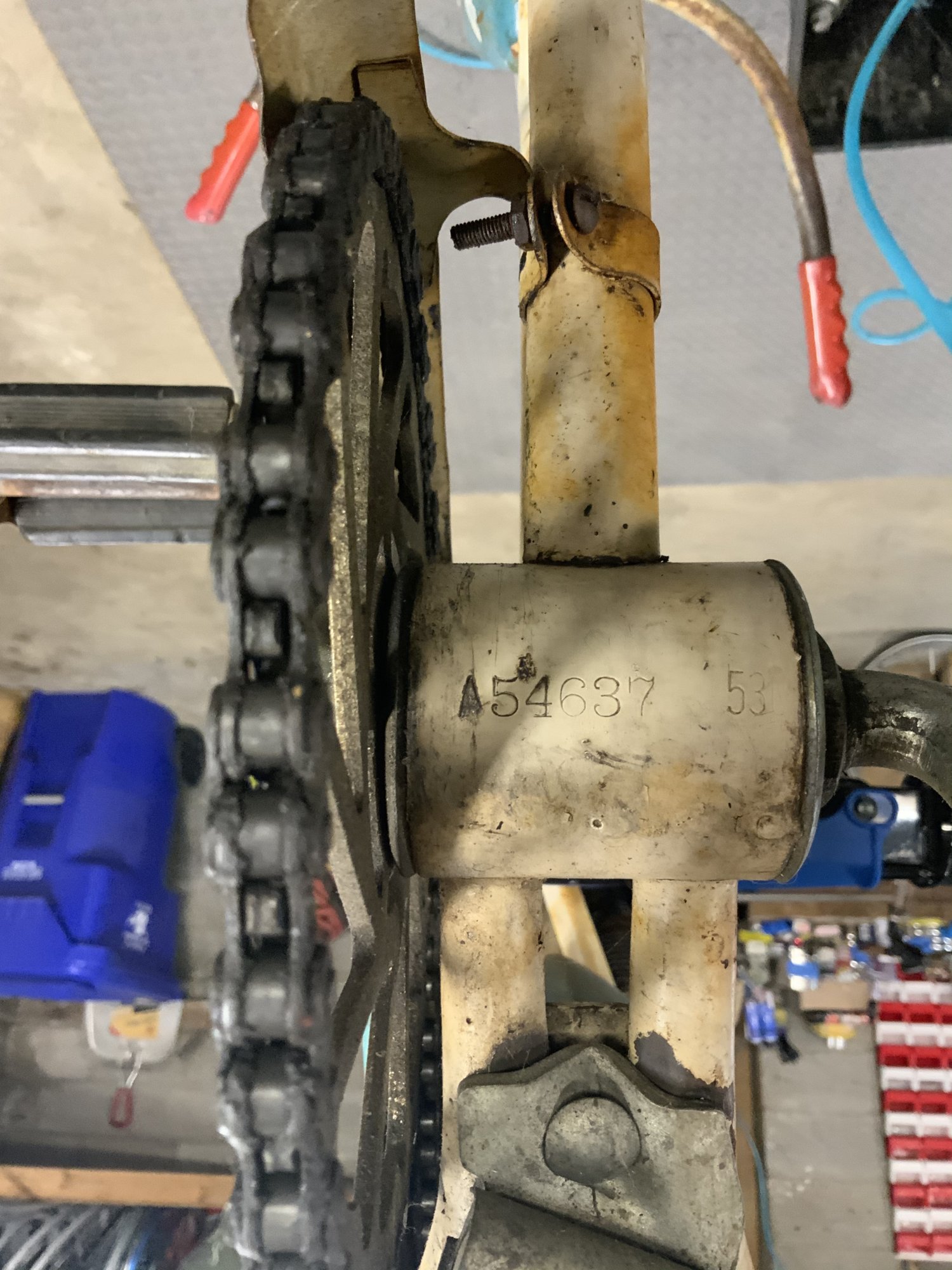 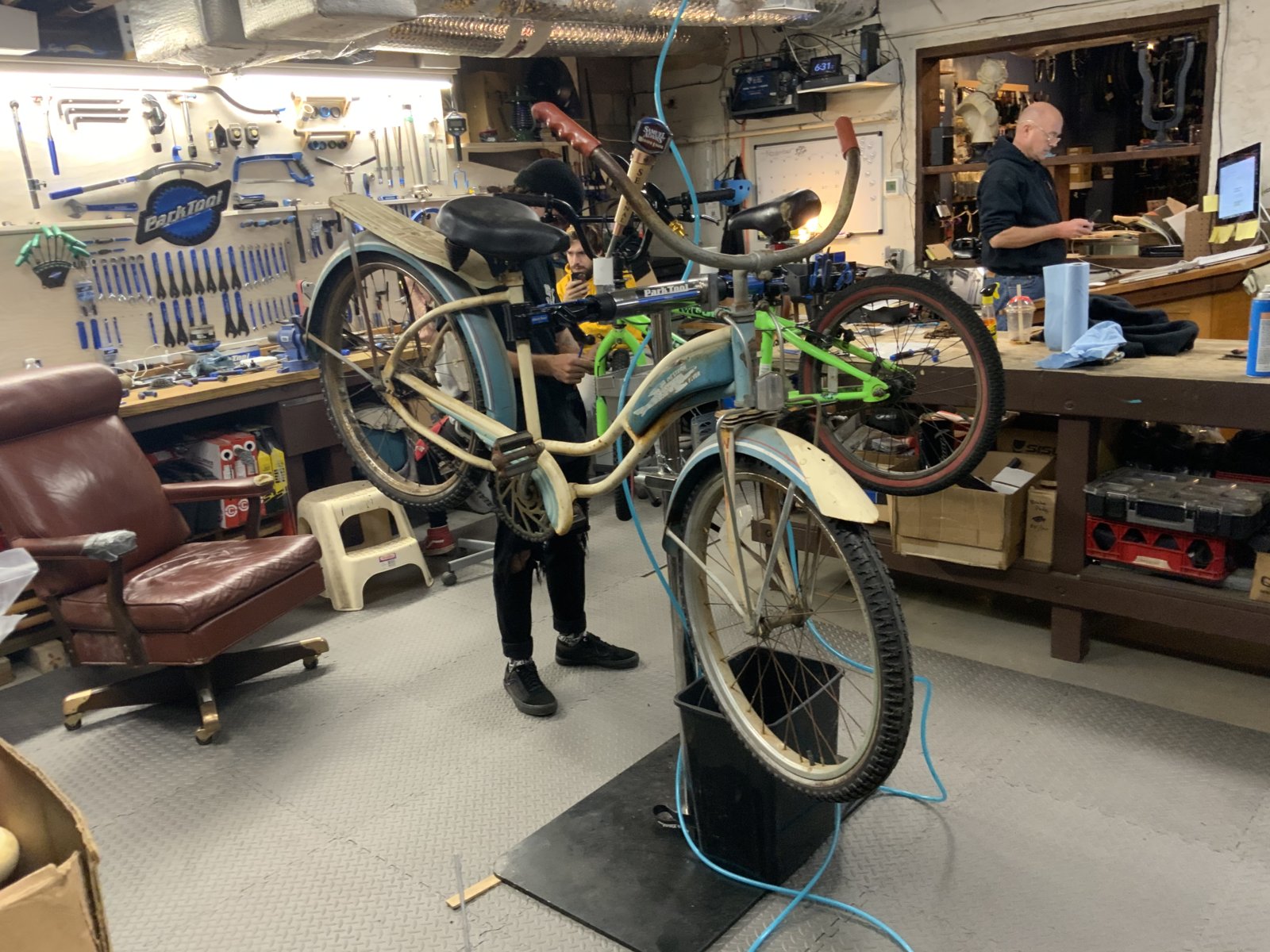 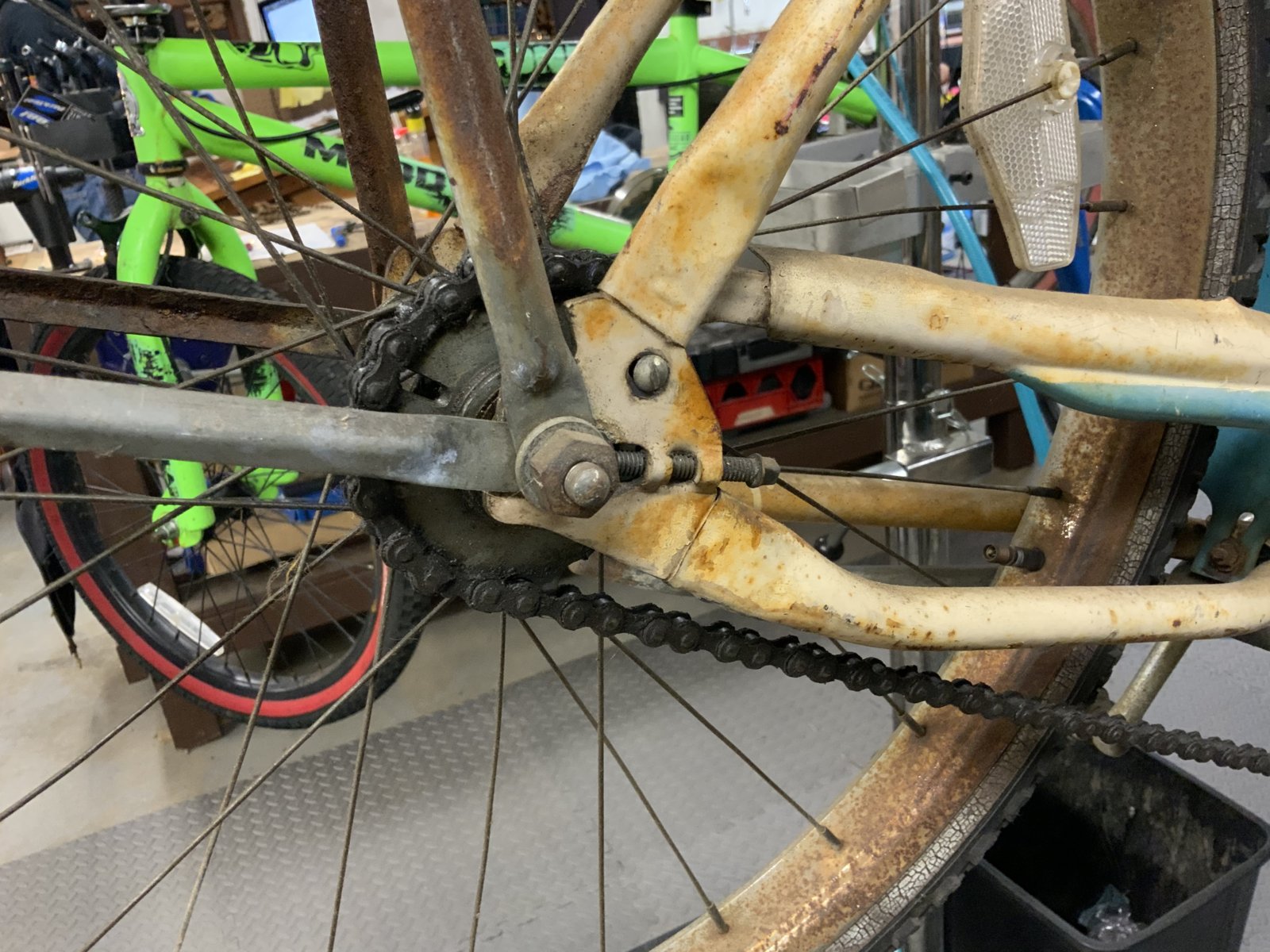 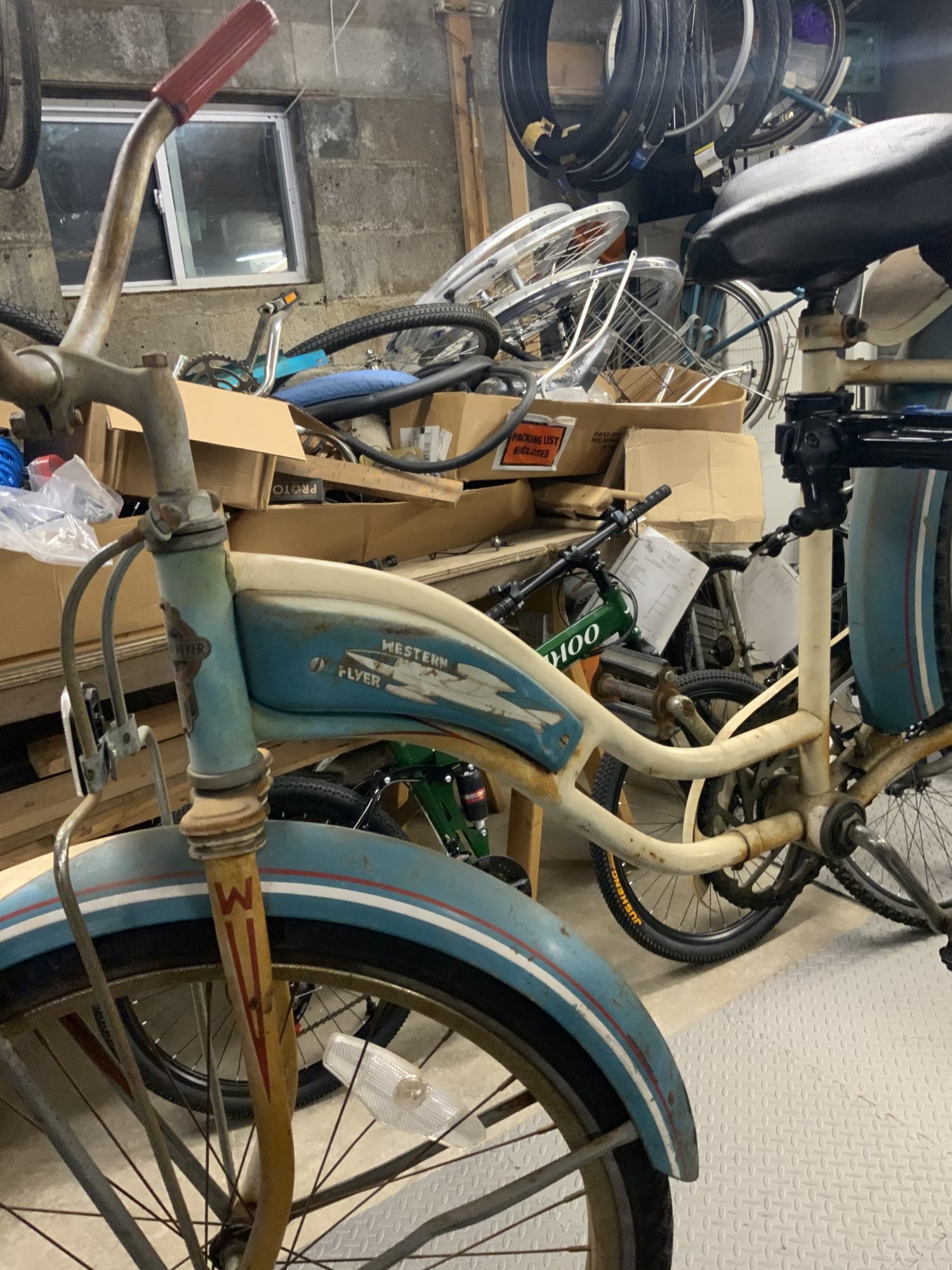 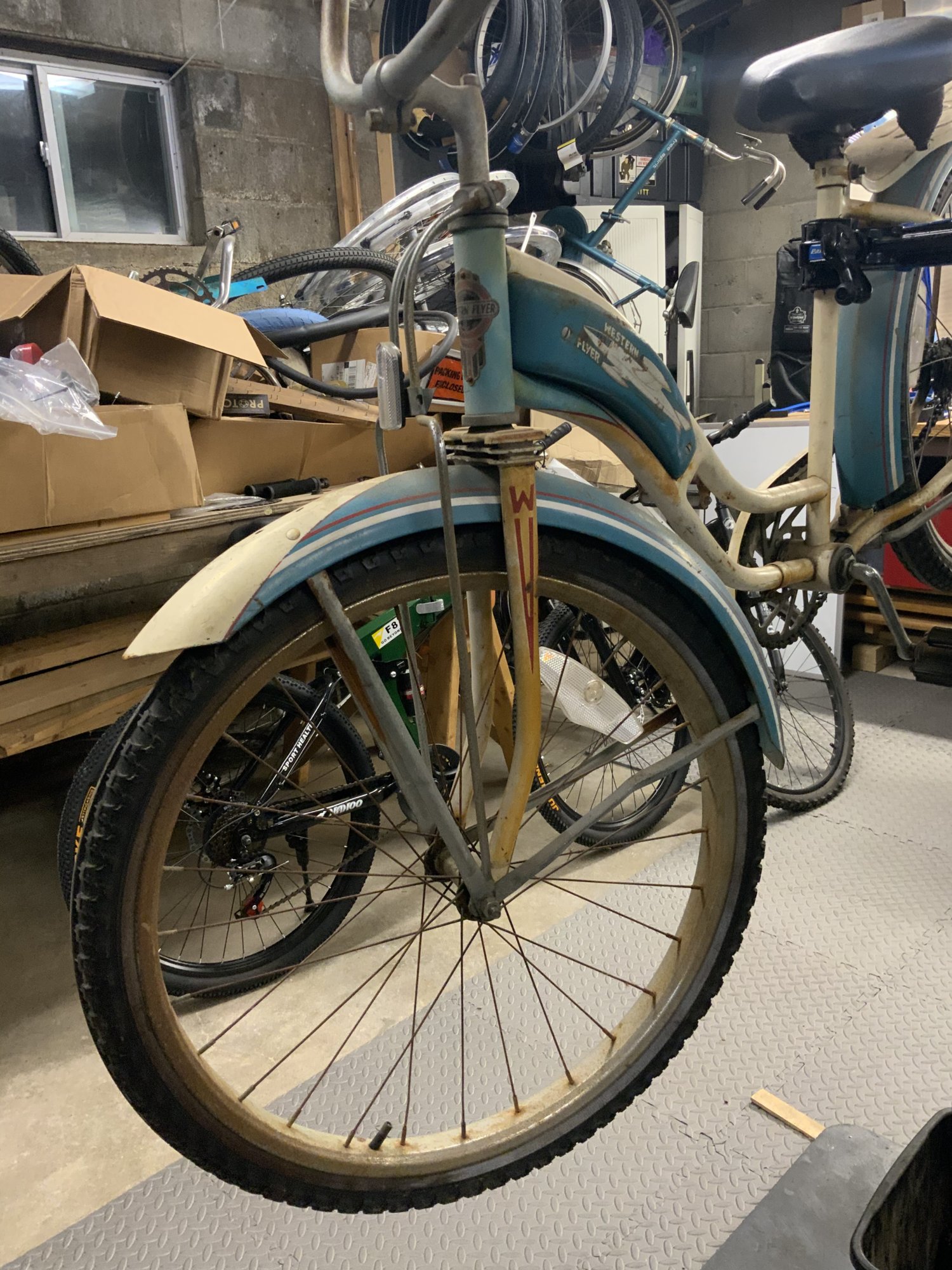 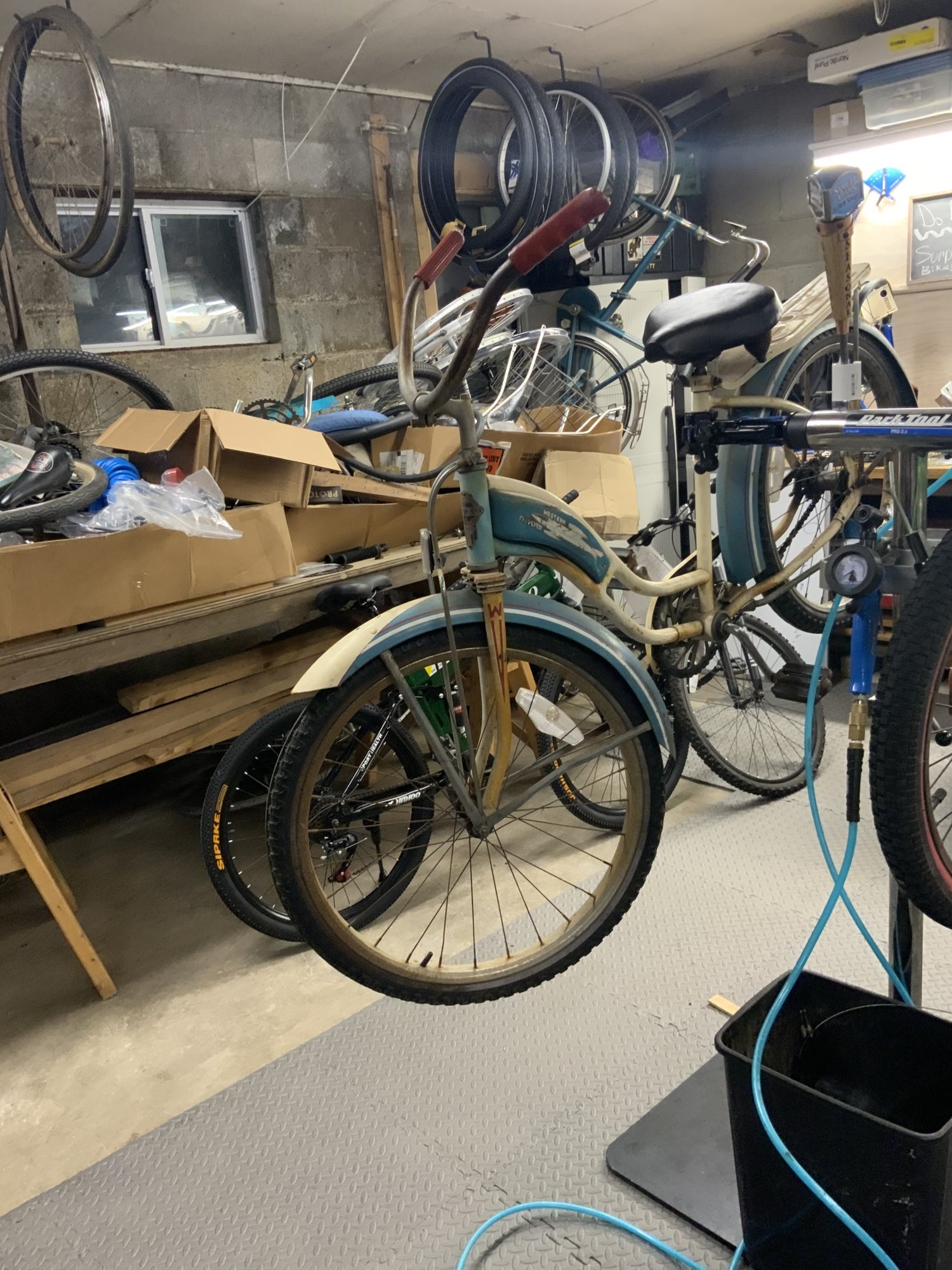 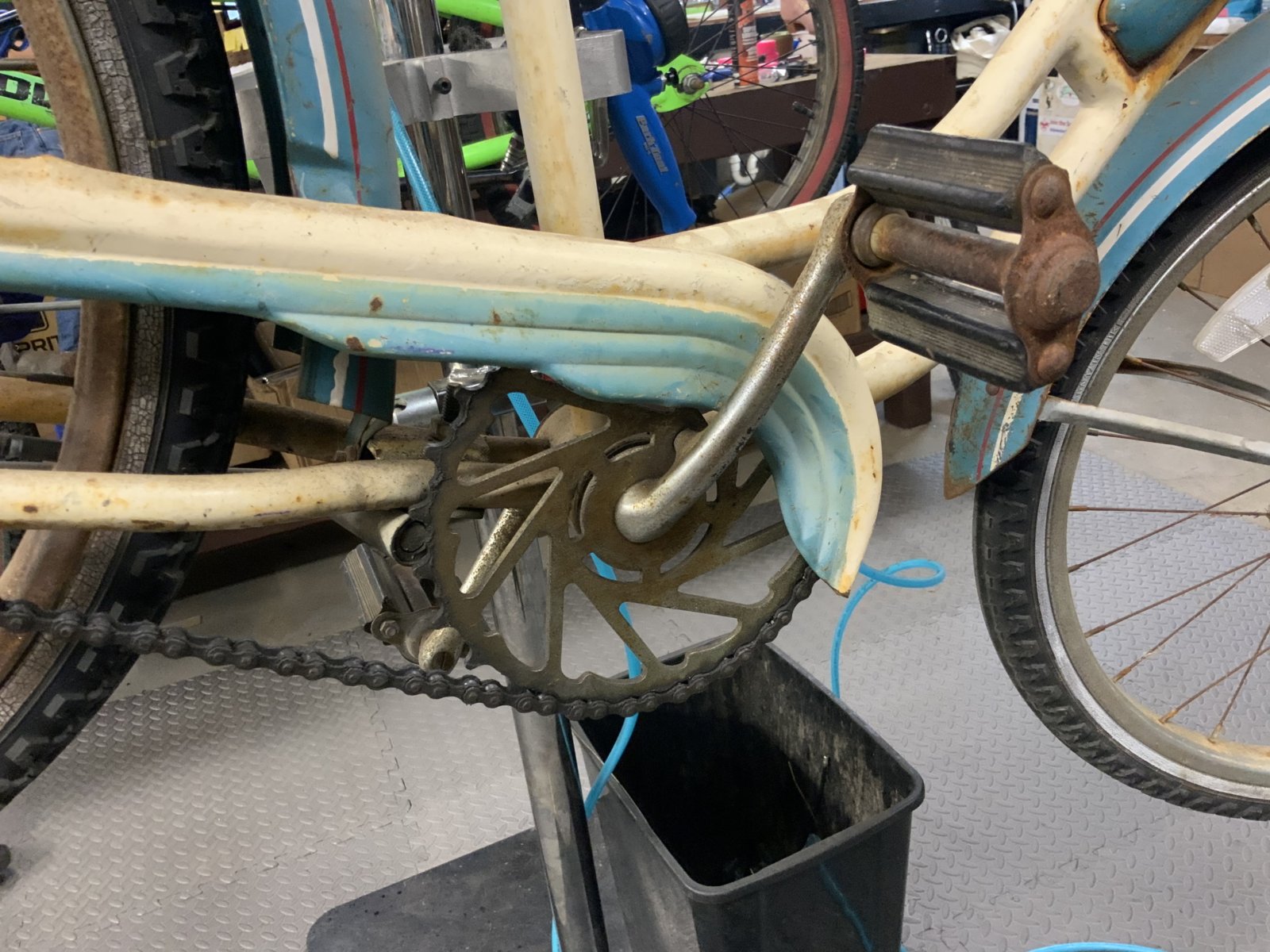 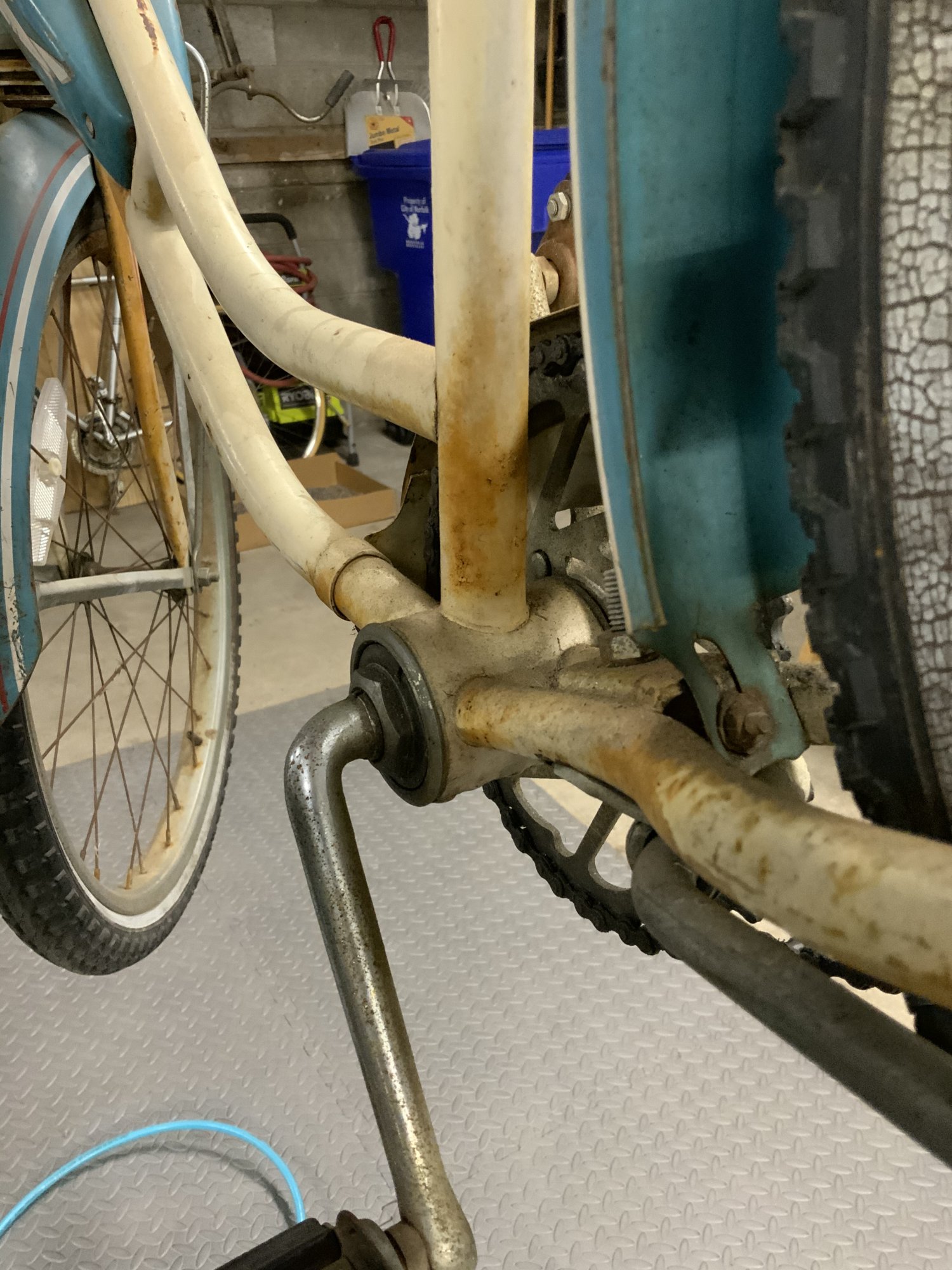 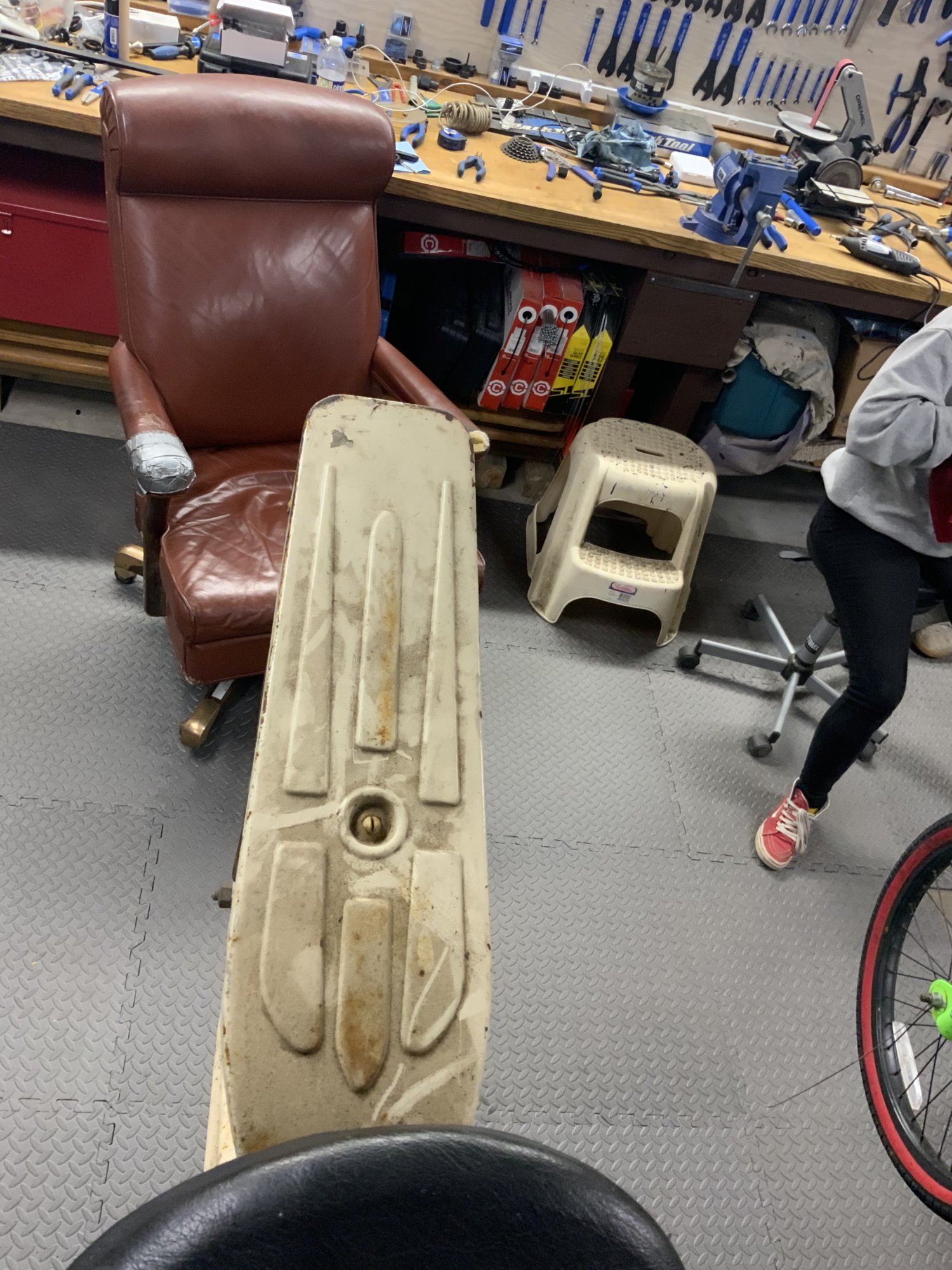 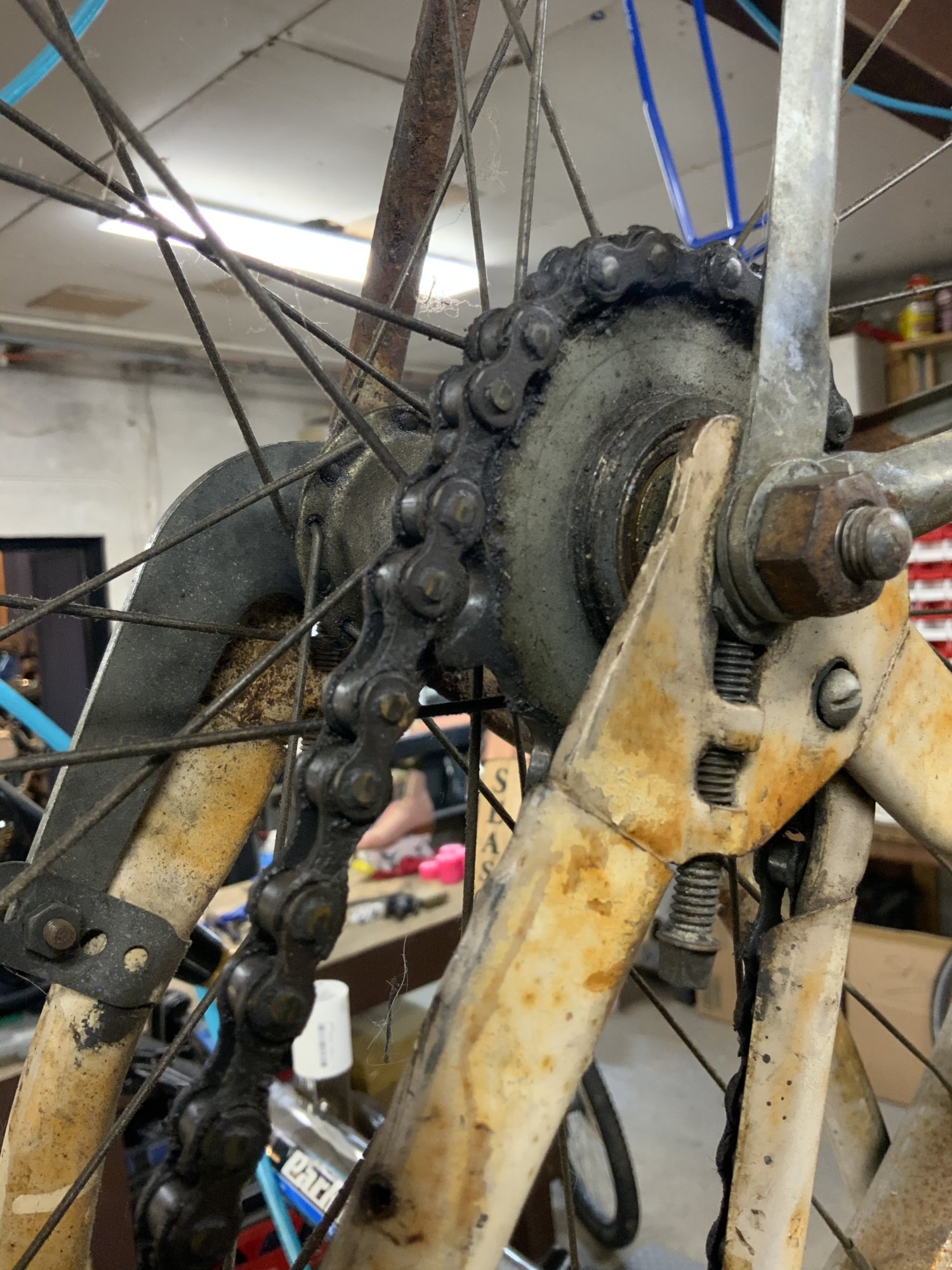 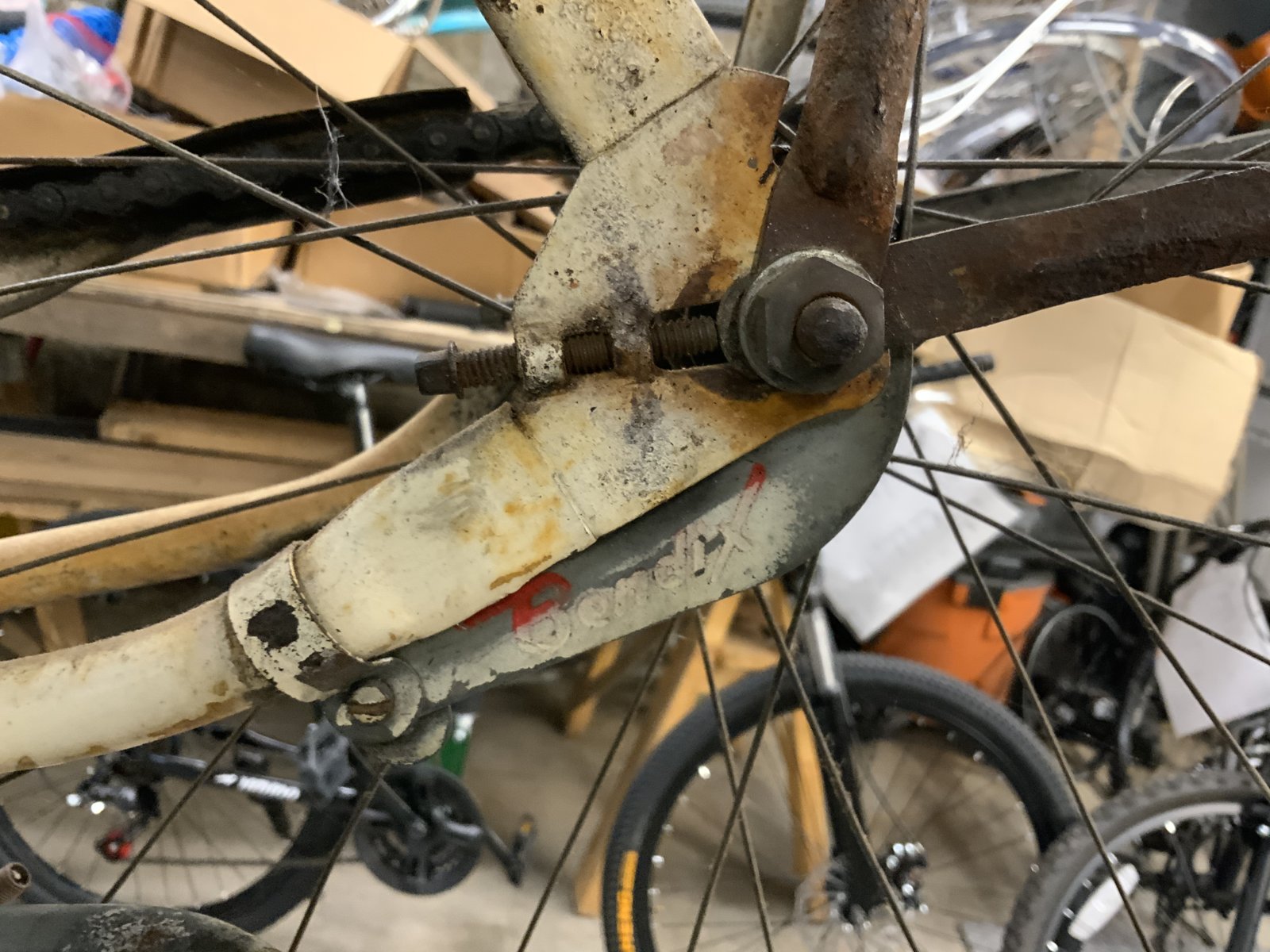 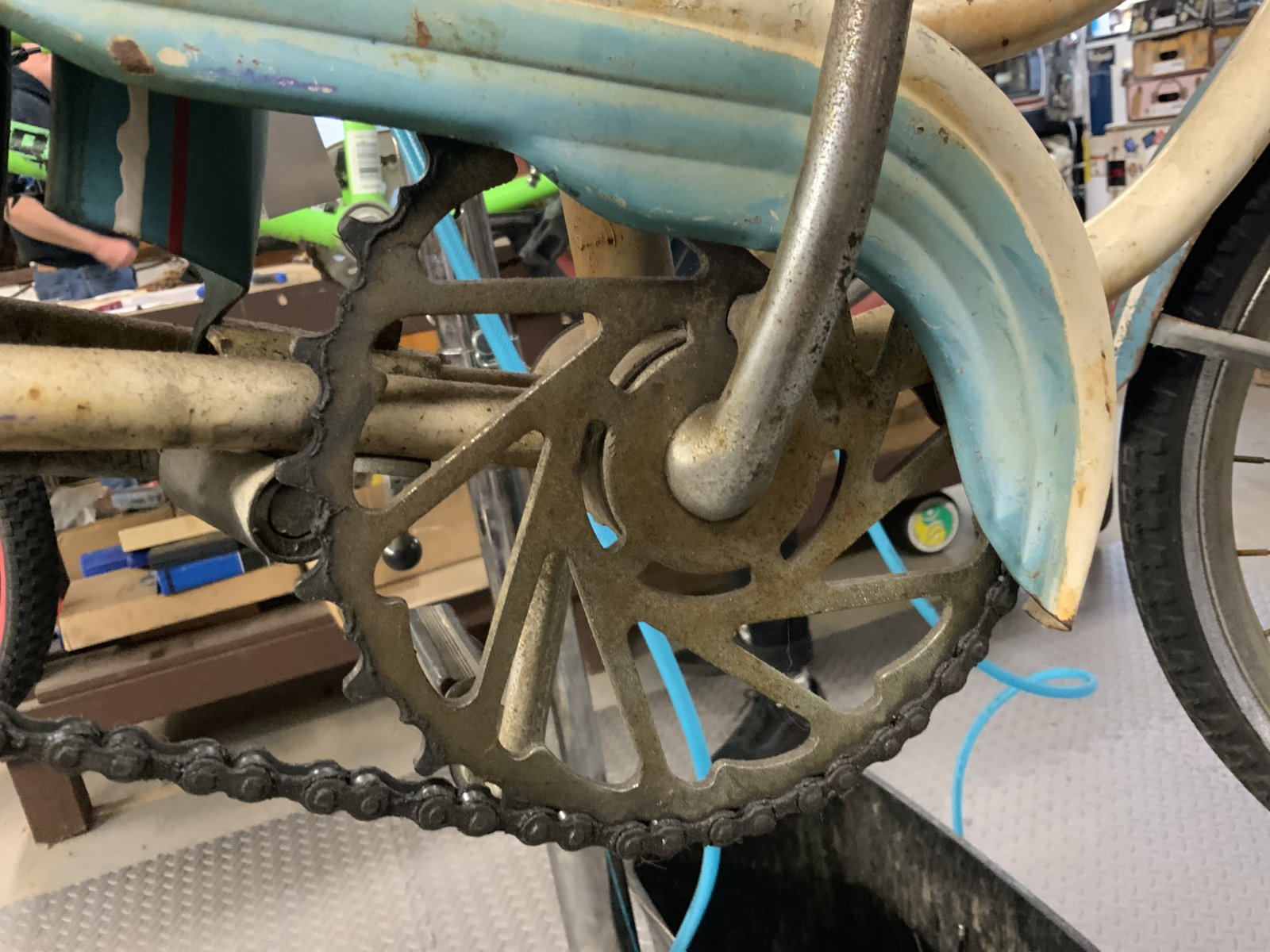 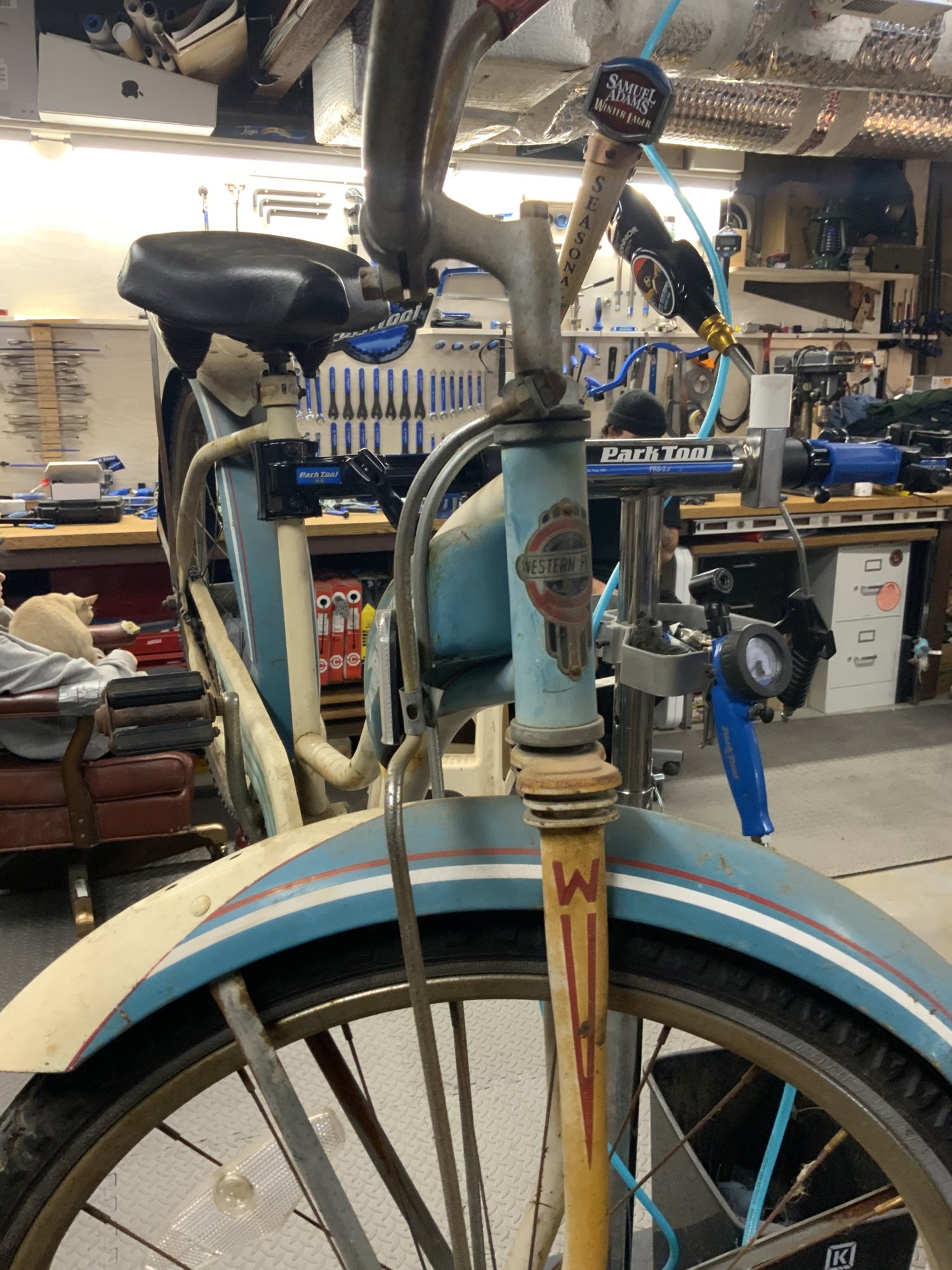 I'd pay $250 to $300 shipped, if the coaster brake works. It falls right in line with several I have bought of this general age and condition. The price depends on who wants it, and how bad. It is for sure a 1953, and by the A of the start of the serial number, specifically points to Jan. 1953.
Deb
Last edited: Nov 7, 2020

first off: welcome to the cabe , cwc is the maker mark to the right of the 53 year their will be large c with a w inside cleveland welding co. ohio most paint looks org. a girls bike like this out west cleaned up is about $300.00 on a good day? boys much higher, all parts look org. 50's truss rods, bent out for crash bars org. seat post clamp w/rib is allways 1948-53 hope this helps/ Richard....
T

Thank you for the welcome and thank you all for the information. Would it be wise for this guy to clean up and restore all he can and part it out slowly or just outright sell it. The coaster brake does work and we can fully service it. Before I started running a shop I took a crack at my women’s Flightliner. I restored the coaster brake on that years ago. Here the album, maybe you all have seen it since some how it has 16k views.

You came to the right place for answers. The members here are very helpful and extremely knowledgeable. I’m no expert and learning as I go along so I’m sure the others will say the same, clean and polish things up, service the hubs and leave it as is since it’s original only once.

With the light missing and no shock master fork I’m seeing a $150 bike on a good day. If someone offered two bills or more I’d move it-fast. V/r Shawn

Good looking bike. There is some over brush or house paint. The chain guard with turquoise and white/cream; bike's color is blue, not turquoise. The fender tip is over painted with the same white/cream and taped off to the org red pin stripe, just a tad over the red pin stripe. There might be some decorated pin striping under the light mounting holes that would make it even more prettier. You're not showing back side of rear fender. If the back has a decorative striping then the front would have it, just under the fender light holes too. Otherwise the pin striping on both fenders is always special on a CWC;s paint schemes, 3 strips adds color and decoration. Two stripes side of fender and another beside the white tip, 3. The mad hatter,, CWC's decorative color usage makes em stand out. If there's another stripe next to the red on fender tip, it would kick it off and if there is another under under that white tip, even more. The top bar is also over painted. You'll notice the lower bar has pin striped darts, the top was the same.

All of the over paint, if removed, if there's more under the fender tips would be tough decision to remove B/C, there and chain guard are are areas that typically get scratched and dented, hence the over paint. The top bar too but, it's pretty currently that might not be as appealing if scrubbed off.

Girl's bikes are not high value performers and typically worse when house painted. Had it not been 'touched-up' so much, I could see worth, potentially, double the $300 call, maybe, probably, more, even used and only mildly scratched up, just because of all the mad hatter's special paint scheme on it.

It is likely to always wonder if ya dare to remove the house paint to see if it has surprises still under it or too warn and scratched and not.

For example: This CWC Western Flyer, approx.. 1949-51, is not over painted 'touched up' but an example difference in a Special and standard. Doesn't have an extra pin stripe. (photo on ebay currently, not mine nor do I know who's selling it) There's only 1 verses 2 on the sides of fenders.

Moreover, in your case an introduction too CWC or what's special about yours. That might be missing under your fender tip, over paint, an extra decorative striping like this has or at least another hidden pin stripe. It's moreover a standard paint scheme and quite hard to find that' is in this condition. whereas yours is prettier and makes that Special difference in value. Especially that, CWC got taken over by AMF in 1952 where a 53 CWC Special (extra pin striping) is probably the last of its kind from the mad hatter (CWC owner, President, creator) himself. 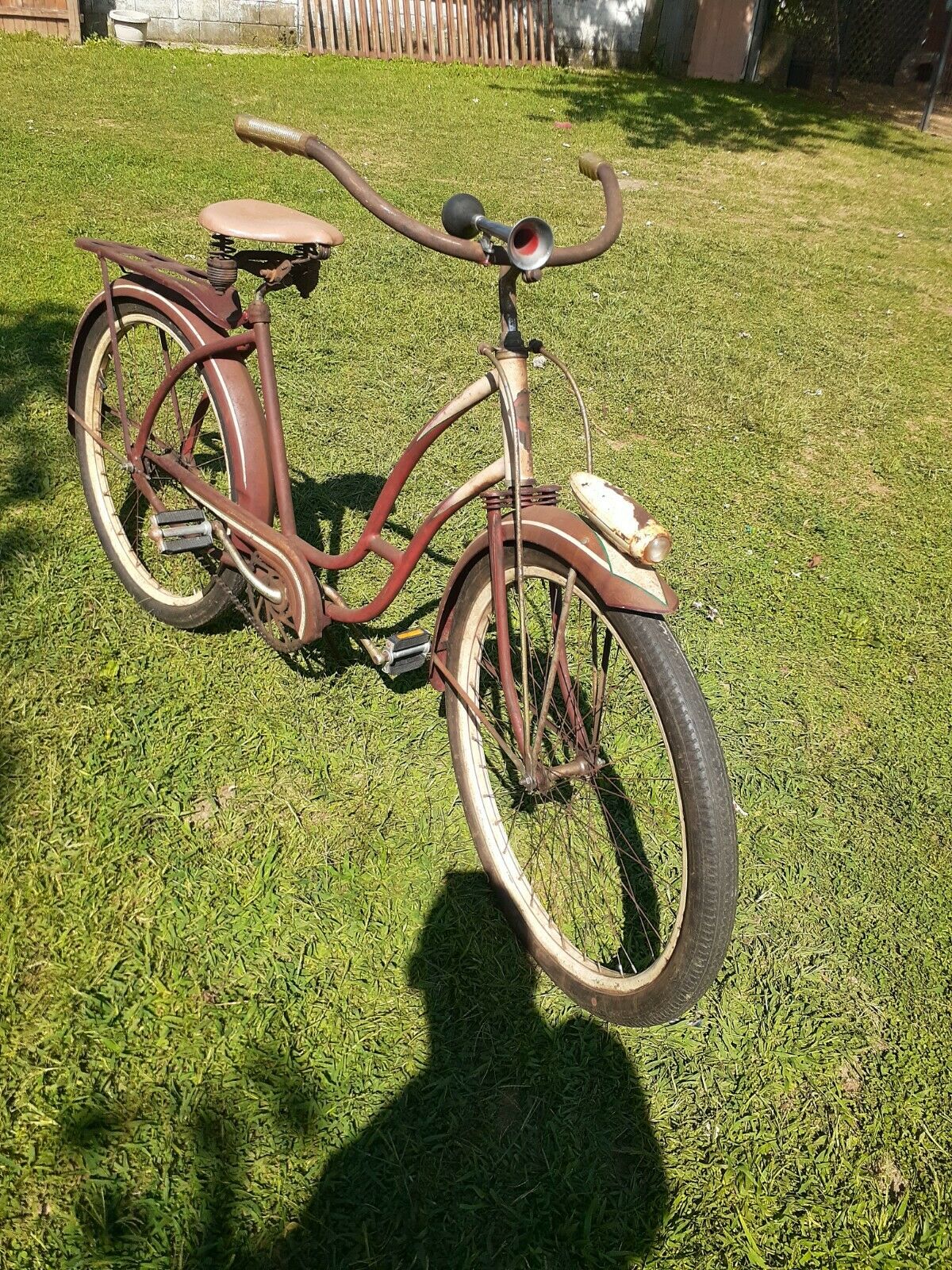 CWC was purchased by AMF in April 1951, according to records.

Keep her together, clean, grease, tires, and tubes. Welcome to thecabe!