These ads go away when you register for an account!
Z

I'm having my "winter projects" garage sale and thought I would post a couple pictures of my more interesting models.

The first is a BSA women's model that I received, thinking from a poor initial photo that I was getting something with a front Dyno-hub. Does anyone know if BSA actually made this model, full chain case with internal hub brakes. It would be a great bike anywhere it rains a lot. There is a big front fender extension at the bottom that goes nearly to the ground. I just got the lights working yesterday. There were actually holes in the frame to route the wire from just behind the headtube to near the rear drop out. I added new wire during my full rebuild.

The second bike is also I think somewhat rare or uncommon. It's a 1958 women's Raleigh with the SW hub (working very well at this time). Actually, I think my hub is from the period after the improvements were made to the hub internals. It's got a nice Brooks saddle and saddle bag. This bike also has the Raleigh brakes with soldered cables. Finally, this is the first Raleigh I've had with the "grey stripe" rims, a slight different processing in the area by the spokes that give the rims almost a two tone effect. Anyway, just thought I would share. Regads, John 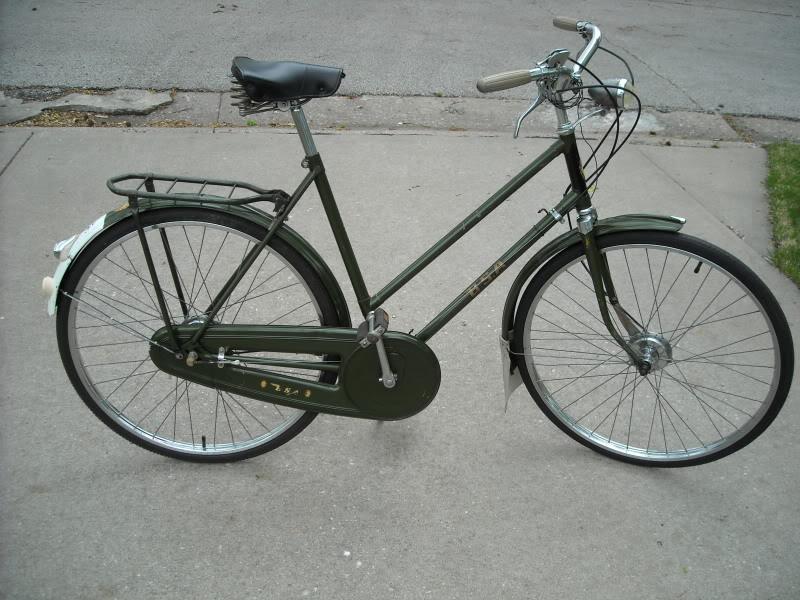 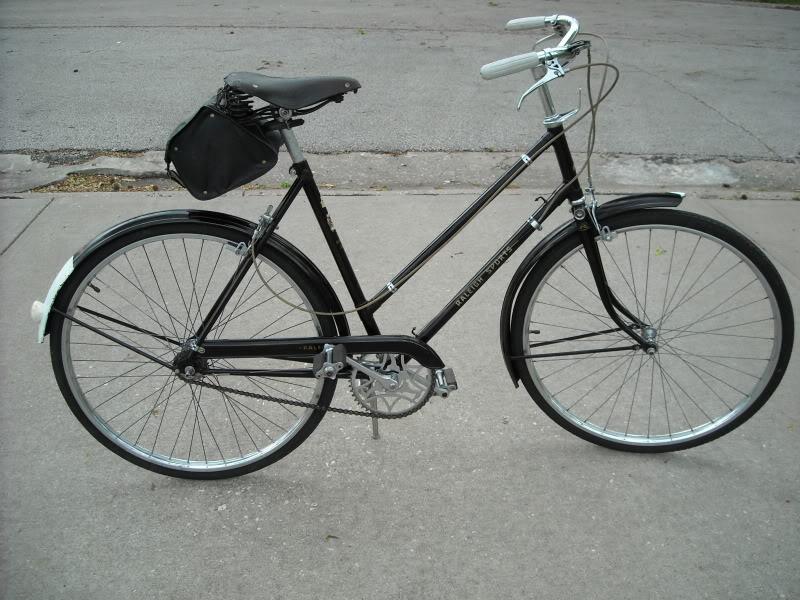