Yet another mystery bike

mentioned lug pattern and crown pattern earlier in this regard

one clue which brackets things to the 1972 year specifically is the Simplex ref. 1752/1753 dropouts

here is an image of the PX-10 for the 1973 model year followed by a closeup of its Simplex ref. 1752/1753 dropouts (the manufacturer had gone back to the scrolly NERVEX Professional lug pattern for one year in 1973) - 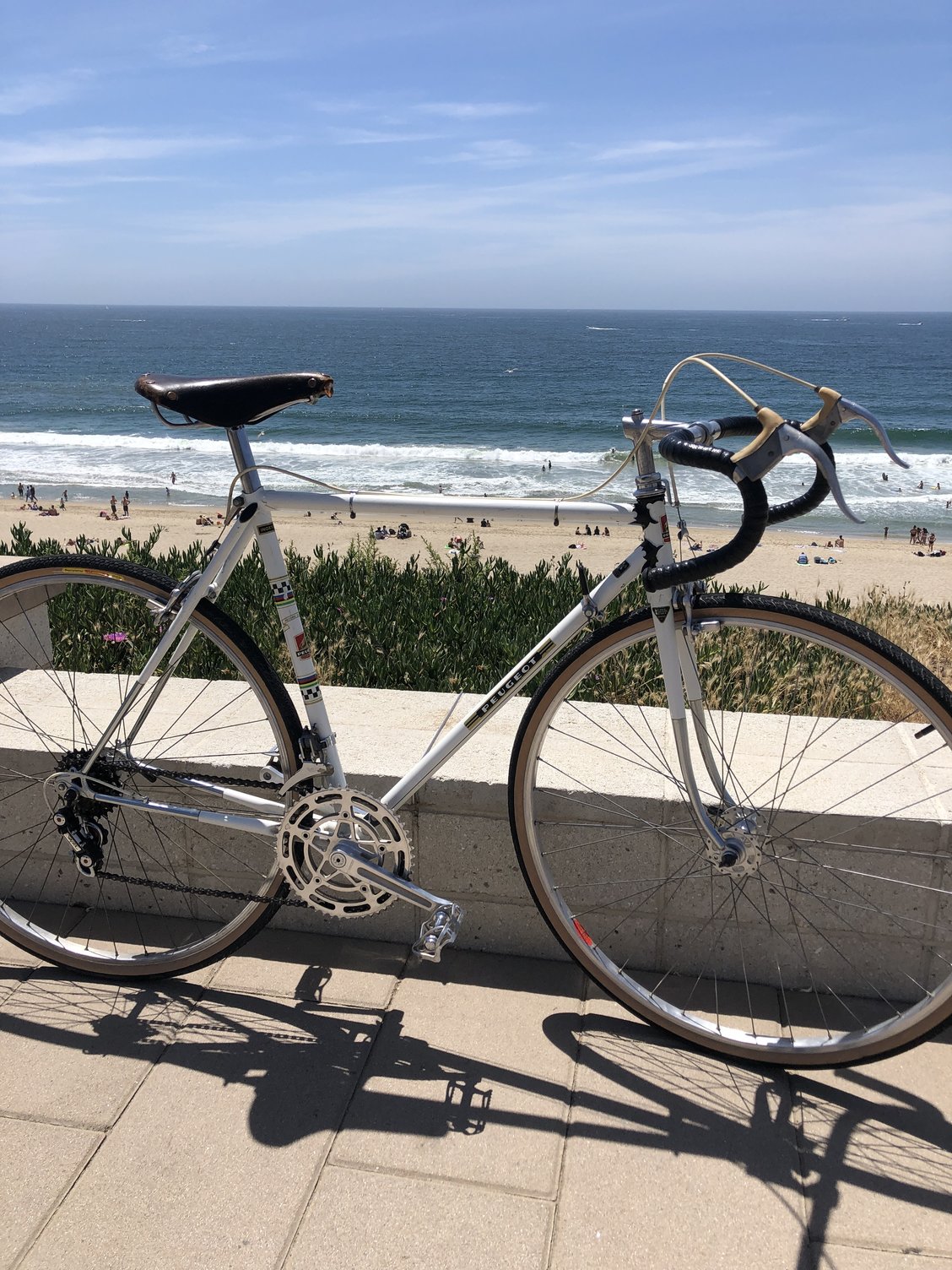 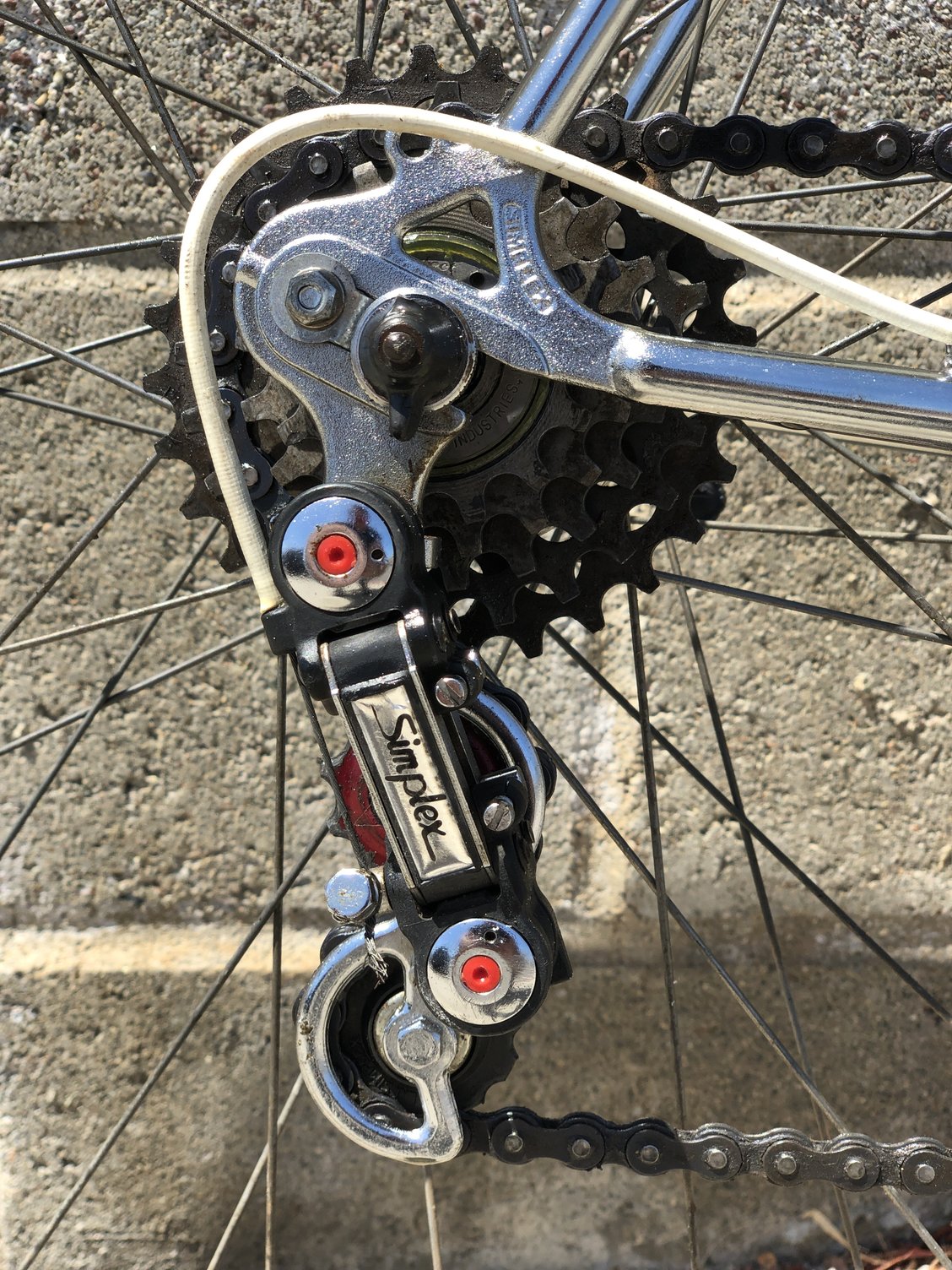 note the "blister" or small bulge which can be seen at the rear of the dropout in line with the axle slot.

this was added between the 1972 and 1973 model years. its presence is in preparation for the threaded dropout adjuster screw which came subsequently.

note that it is absent on our subject frame.

all riders said:
I don't think Peugeot ever used Swiss threading like Motobecane did (Swiss is the same thread as French, only the fixed cup is left-hand thread).
Click to expand...


Think again - I have one (Nervar original equipment).